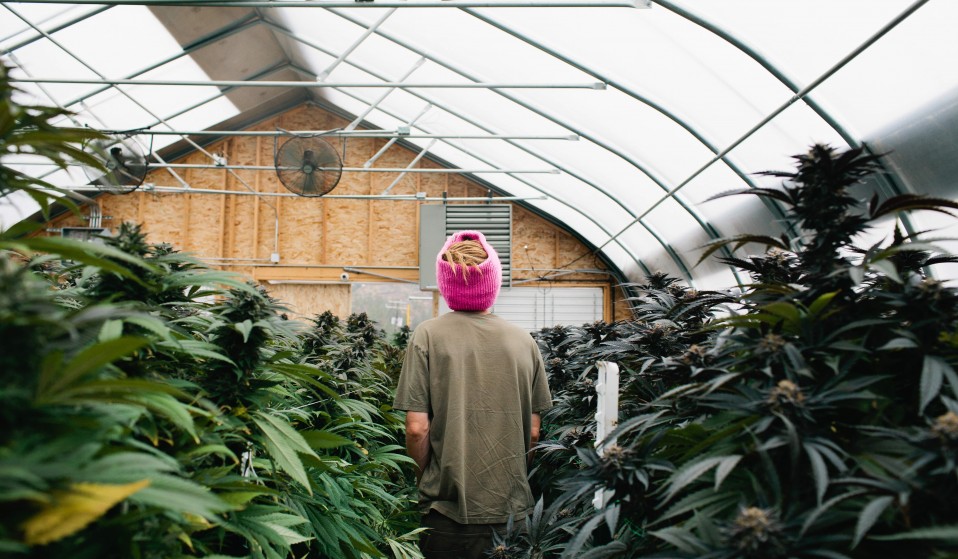 As the daughter of a pot farmer, Kristen Angelo grew up around the plant. Now, she’s using photography to eradicate the stigma around it.

As the daughter of a pot farmer, Kristen Angelo grew up around the plant. Now, she’s using photography to eradicate the stigma, and encourage what she believes to be a major grassroots social and political movement.

As the daughter of a pot farmer, Kristen Angelo practically grew up in a grow room. The Seattle-based photographer was exposed to cannabis culture at a young age as her family resided on Vashon Island, an enclave of bohemian-living that’s long been associated with guerilla farming. But in the 90s, the Island became swept up in a drug war that ended with Angelo’s father incarcerated in Federal Prison, for what the lead detective considered “the most sophisticated growing operation” he had seen in nearly a decade.

Today, as legislation surrounding cannabis is in a state of flux, Angelo has embraced photography as a way to challenge stigma around the plant. By cutting through the trippy visuals and over-sexed boob/bud shots and instead profiling growers and their operations as sophisticated agricultural operations, Angelo is documenting a major grassroots social and political movement in a decade of major change. 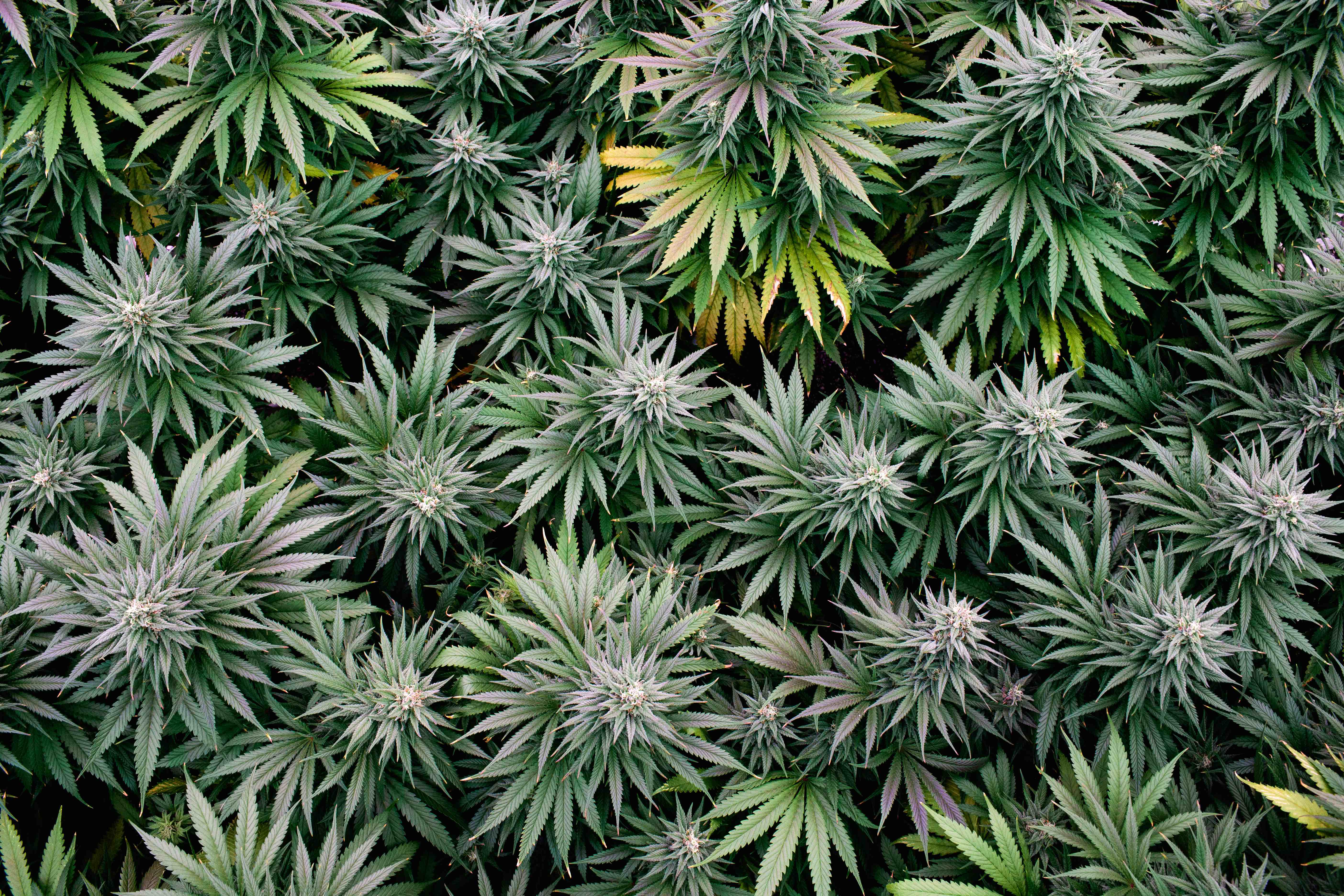 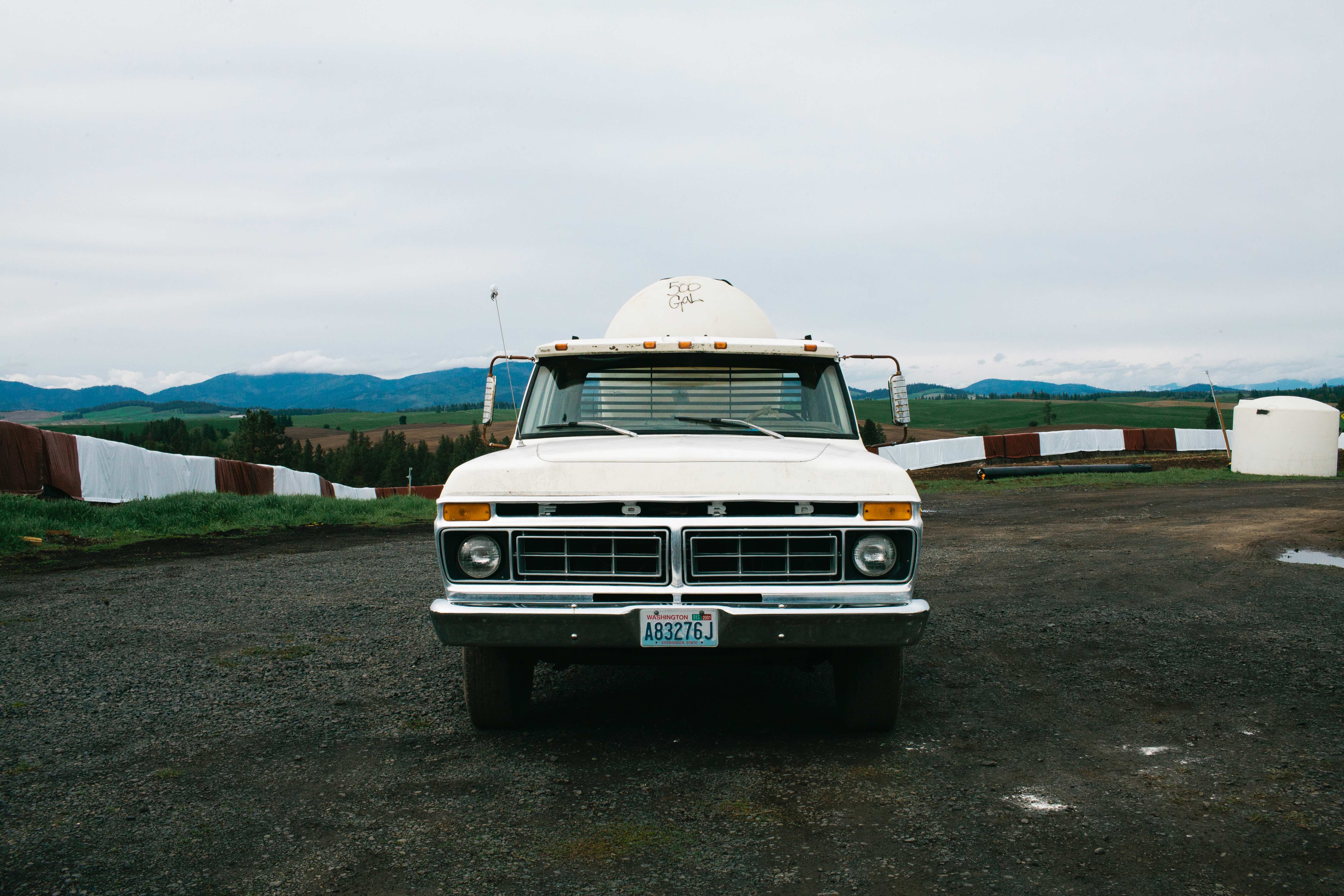 It’s not a job title you hear being thrown around often, but what’s it like being a professional cannabis photographer?
I hesitate to reference the ever-omnipresent mantra ‘do what you love, love what you do’ but it’s true; being a cannabis photographer is as cool as it sounds, and I’m completely enamoured with it. I’m passionate about the legalisation movement. Also, I’m an artist, when you can use that as a catalyst for a socially impactful stance, it’s incredibly satisfying.

I shot my first legal cannabis farm in November 2014, and it quickly evolved into my sole photographic project. I’ve been very fortunate in that I’ve been able to position myself uniquely within a newly emerging industry – it was uncharted territory and with that comes an anything goes mentality. I identified an untapped niche and pursued it relentlessly. I built a strong network and earned the trust of farmers throughout the region. I spent a year building a substantial portfolio and began sharing my work. I subsequently received an influx of inquiries for editorial and commercial work thereafter. 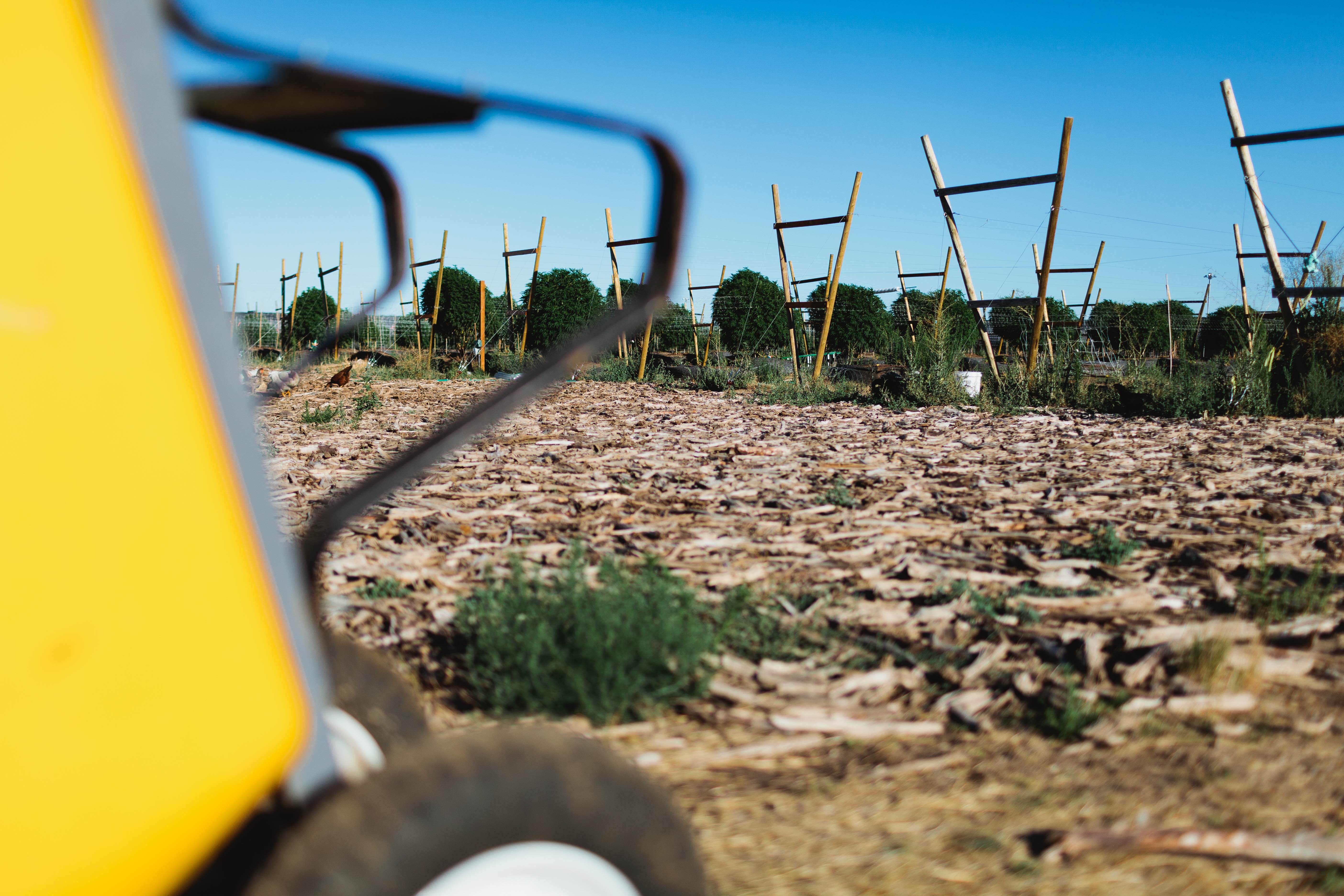 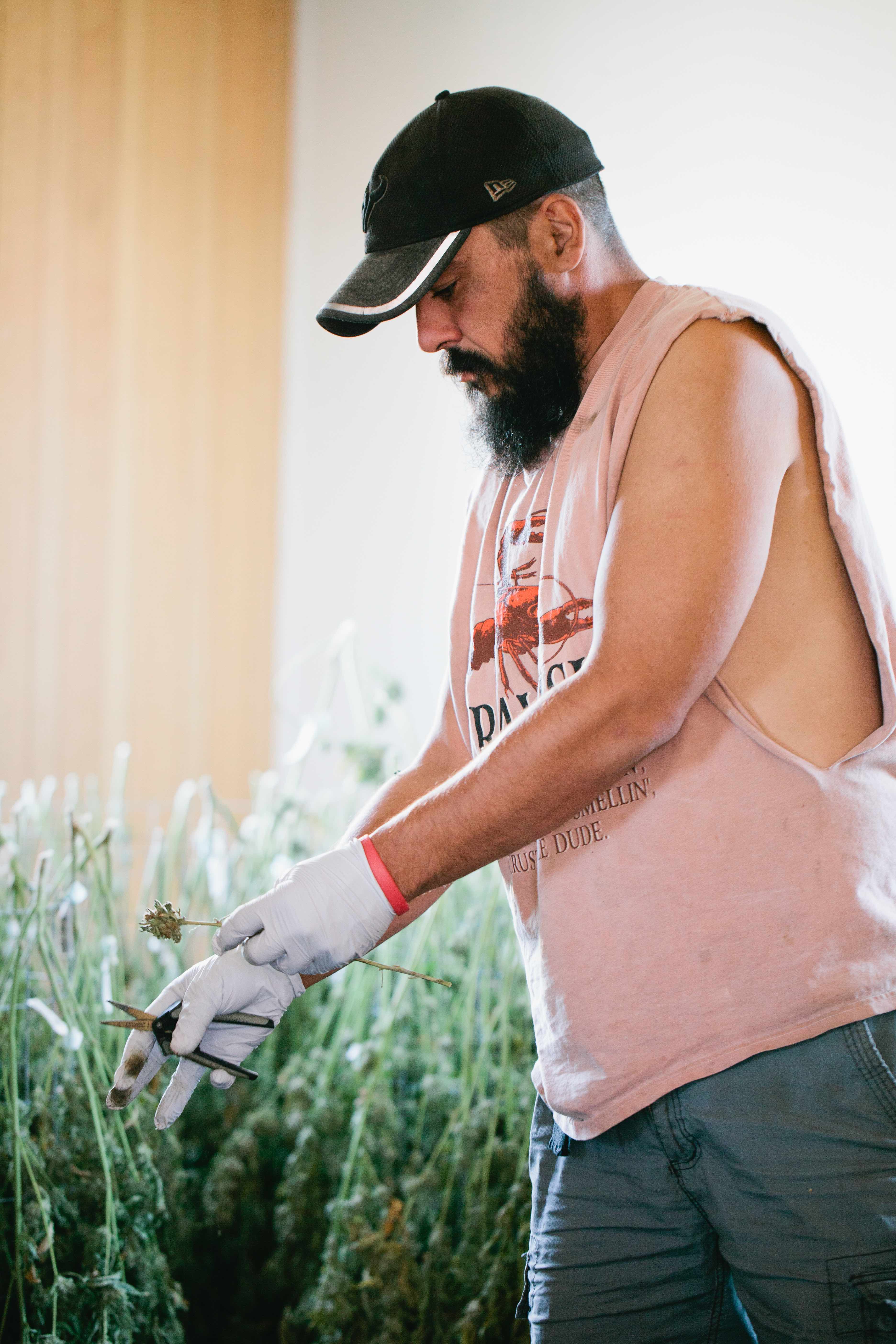 You grew up on Vashon Island, which has long been praised for its organic farming methods and community spirit. Can you fill me in on the history of the island, its culture and what it was like growing up there?
Vashon embraces every bit of the island life mentality. It’s a quiet, quirky, creative, and tight-knit community of around 10,000. Everyone knows you by name. Accessible only by way of a ferryboat, we were somewhat sheltered from the stress of mainland life. My family life was a happy one. We were raised with a lot of love and a lot of laughter.

You mentioned on your website that the island was subject to a drug war in the 90s. How has this affected the island?
The US war on drugs narrowed its focus on cannabis in the 90s. There were a number of drug raids on island pot growers during that time; my family was the target of one of them. I was 17 at the time, so I don’t think I was really equipped to perceive it from a broader community perspective. It was very much a pivotal and life-defining moment for me. 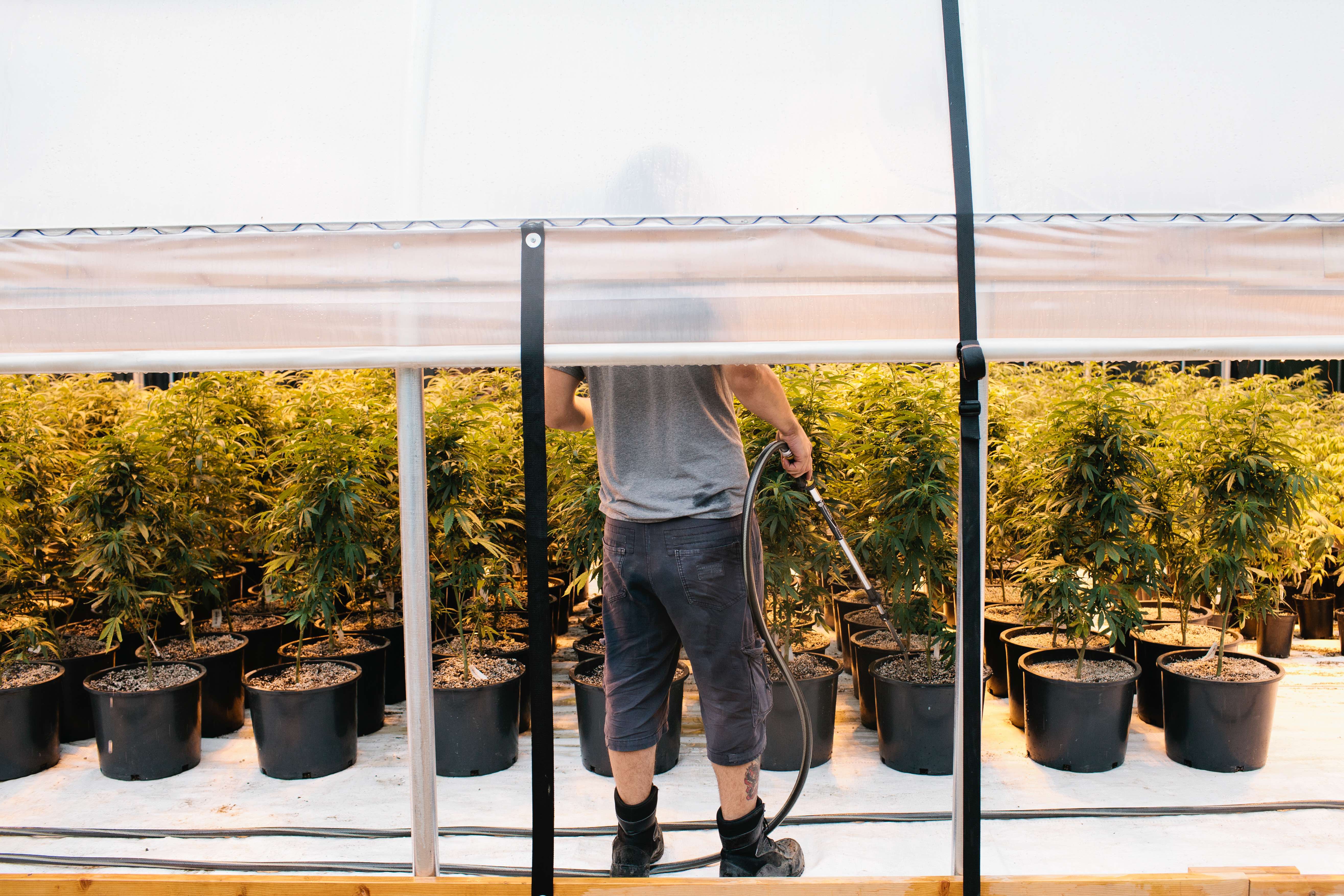 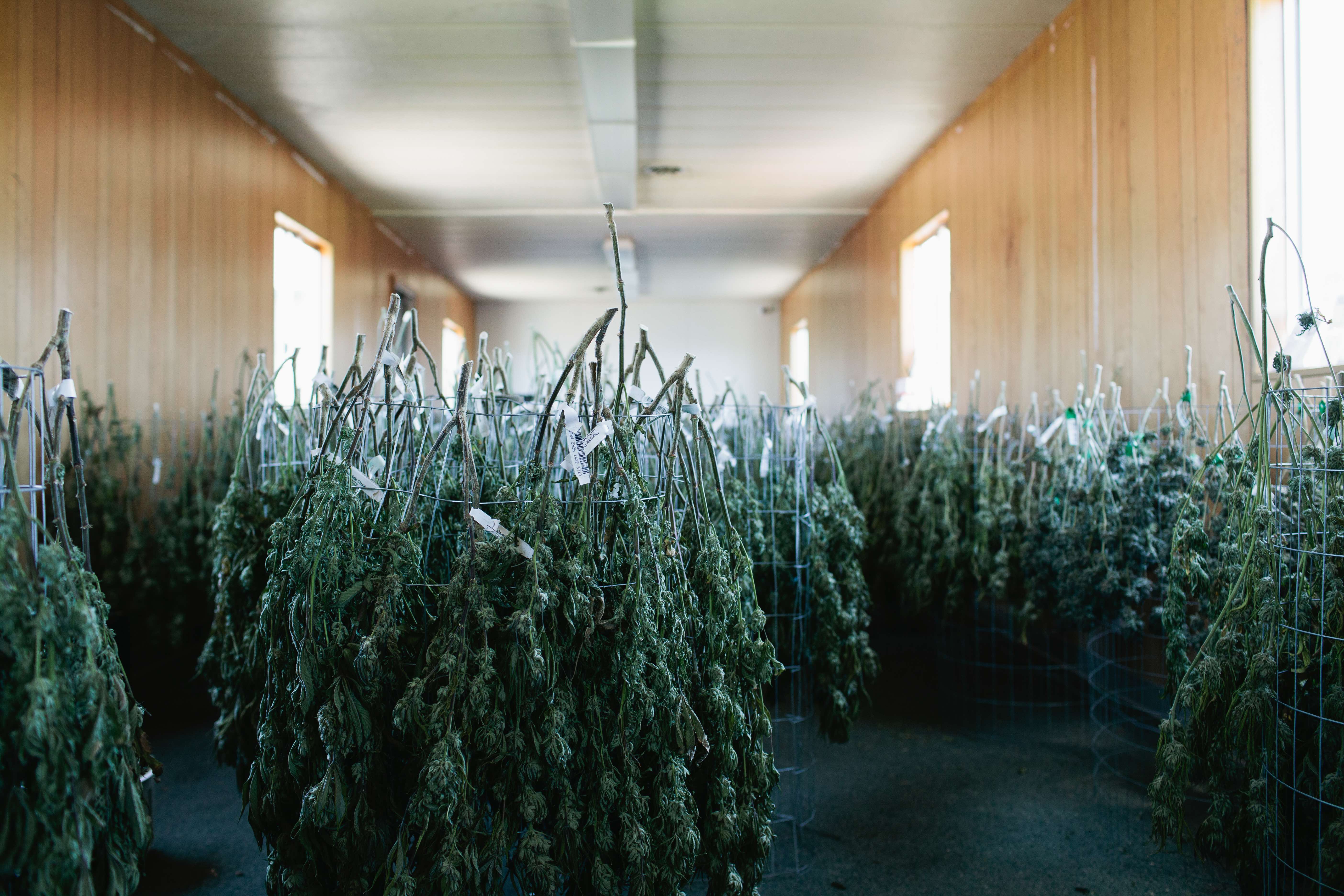 Most cannabis photography perpetuates stereotypical weed culture, which isn’t exactly helpful when introducing it to the mainstream. You’re doing something else entirely. How has the reaction been?
Where political and social issues are concerned, a transformative visual narrative can disarm adversaries and enlighten the undecided. I’m committed to creating a strong body of work that depicts an honest and purposeful portrayal of the subjects and environments I photograph for that reason. If my work is found relatable, strikes a cord, or is socially and politically impactful even if of minuscule proportion, that’s enough for me. I’ve experienced a collective embrace of my artistic approach and aesthetic among the cannabis and photographic communities. It’s a bit surreal and well, validating on a personal level, I suppose.

Do you feel preconceptions about growers and users are shifting?
I believe the traditional social stigma of cannabis is dissipating altogether. We know the war on drugs was a systematic failure, we’re seeing advances in medicine for a plethora of ailments and conditions, and we’re building a profitable industry that’s fueling the economy. 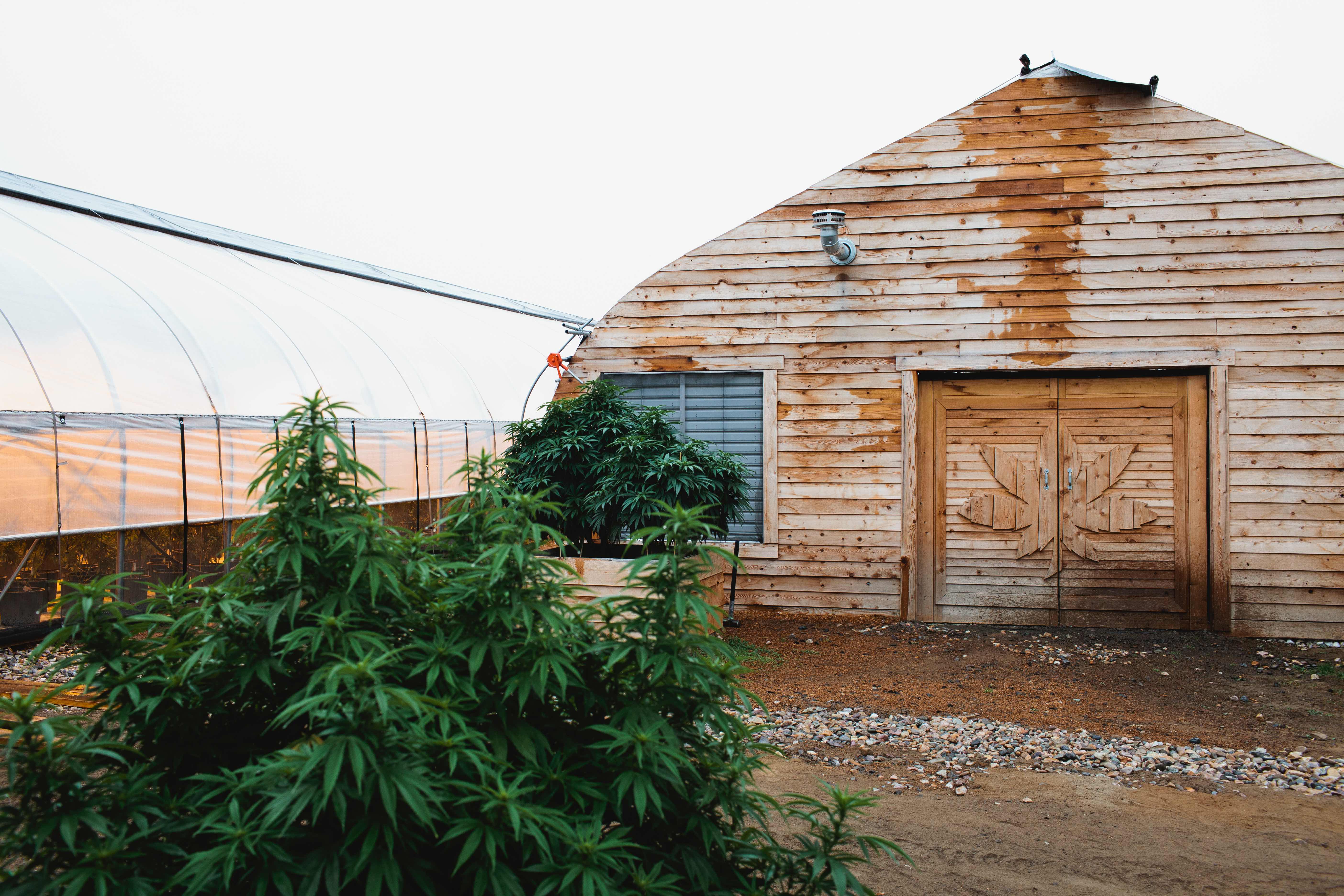 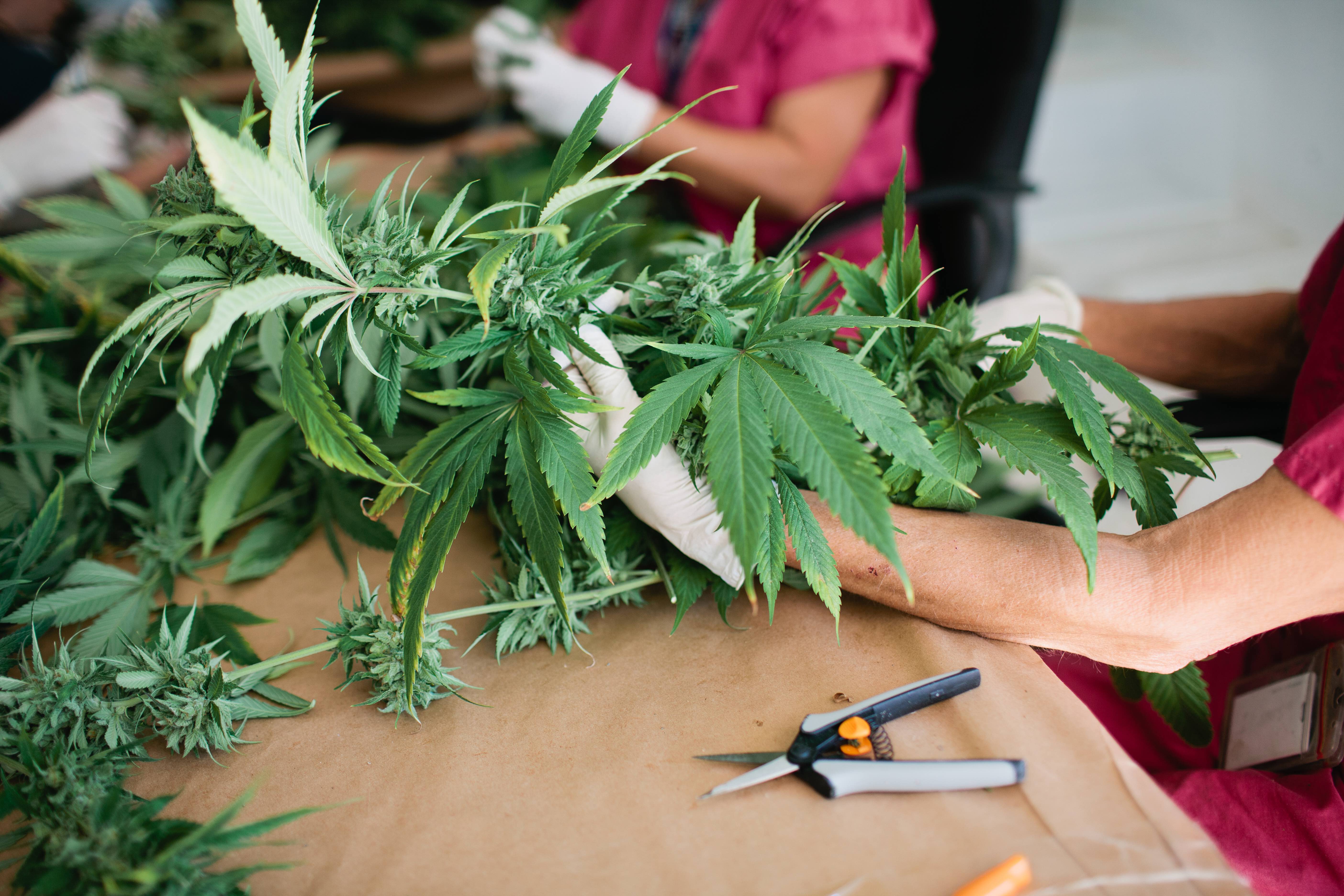 You’re working with a lot of growers, what has proved the most exciting project so far?
It would be incredibly difficult to choose just one. It’s not so much the projects that are exciting to me as it is the subjects. One of the great things about freelancing is the freedom to take on subjects you find to be the most compelling, and with that comes an emotional investment. I am less interested in documenting corporate cannabis and more intrigued with the underdogs of the industry. Those who’ve helped pave the way before legalization gained momentum, those who’ve endured and overcome tribulation, those who don’t shy away from getting their hands dirty. Those are the stories that inspire and ignite me to create an impactful sequence of images time and time again.

Cannabis has proved to be a very controversial plant; it’s simultaneously praised, abused and demonised. Now it’s being given due attention, how does it feel to be documenting its rise at a time when laws are shifting?
Empowering. Vindicating. Poetic. 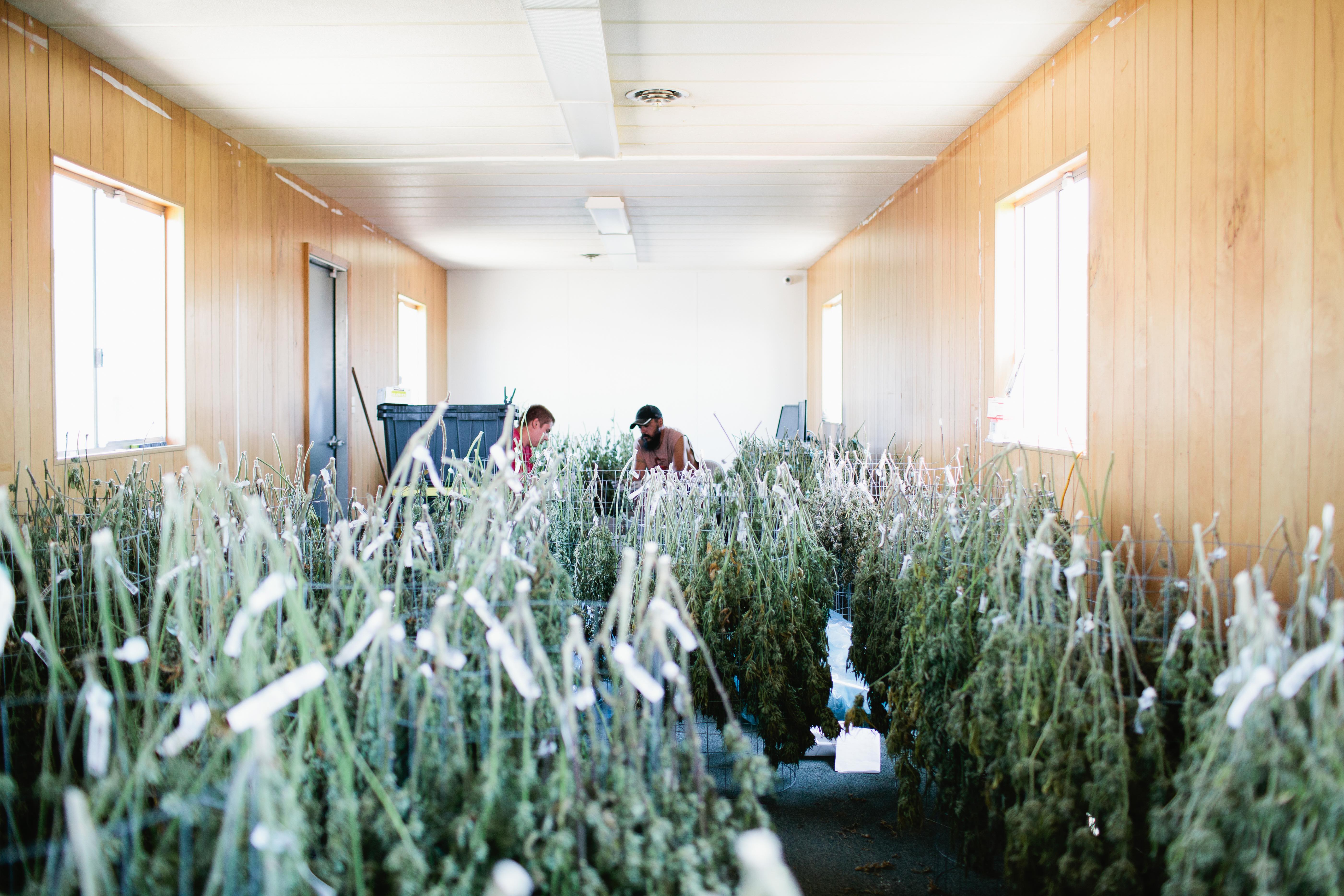 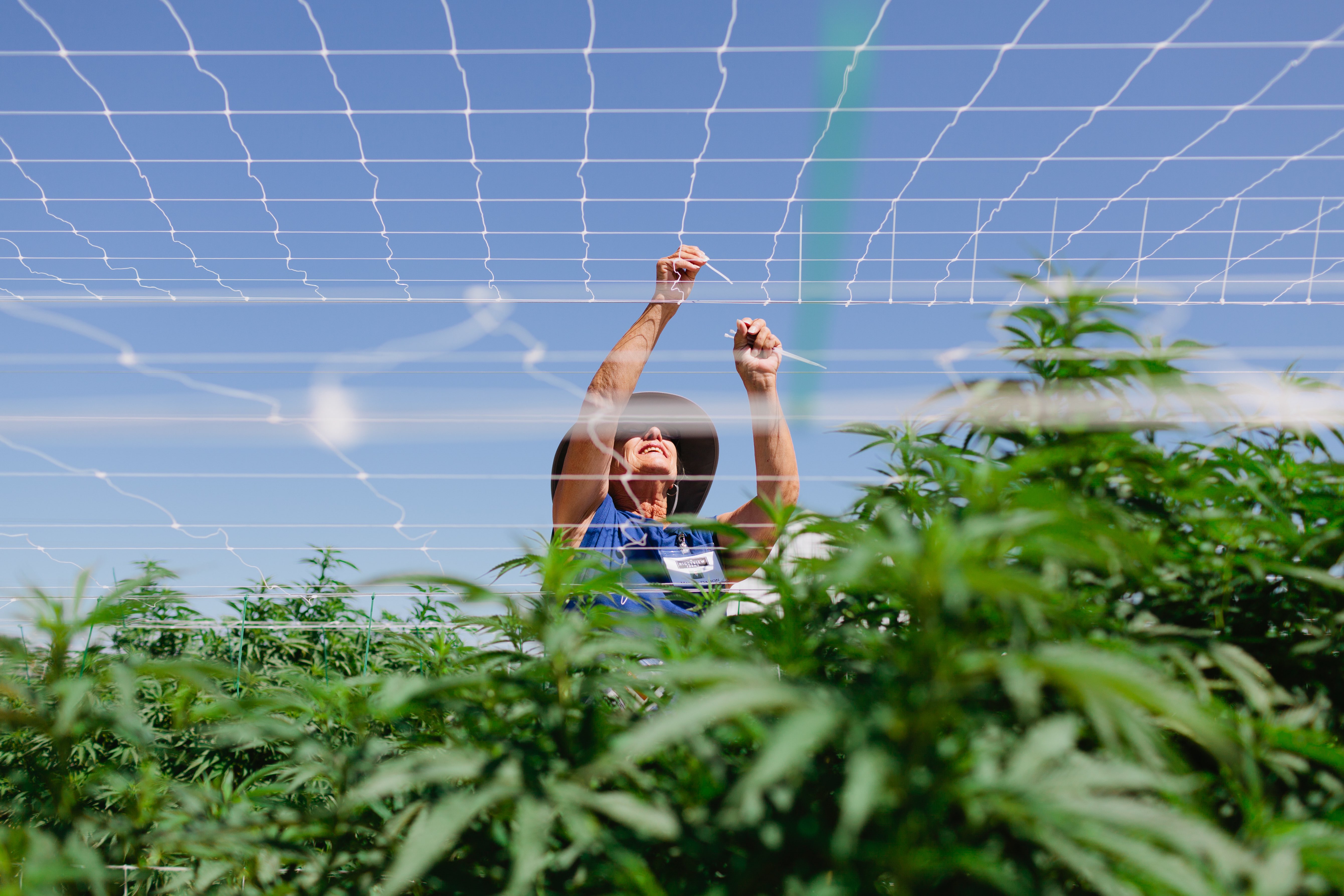 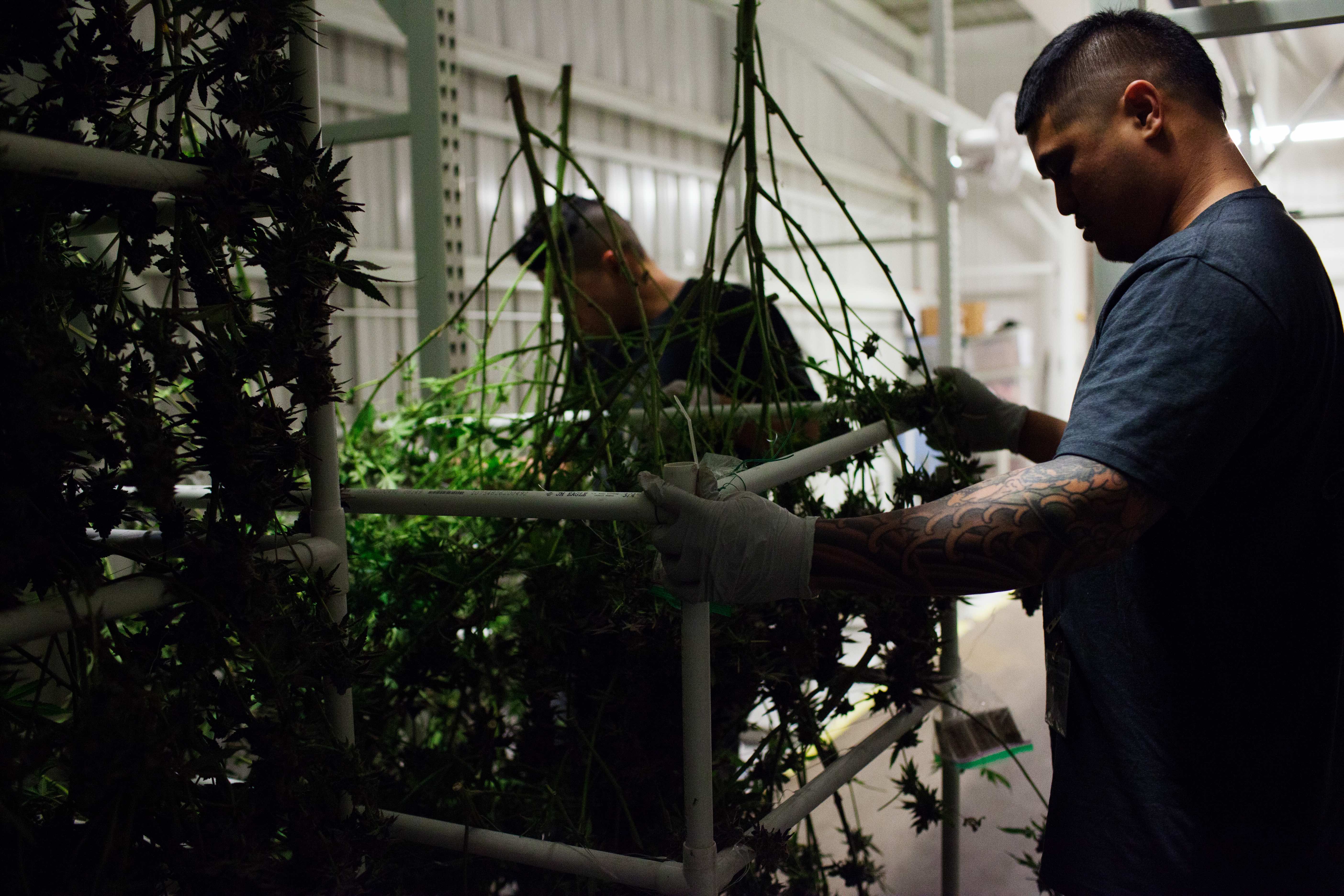 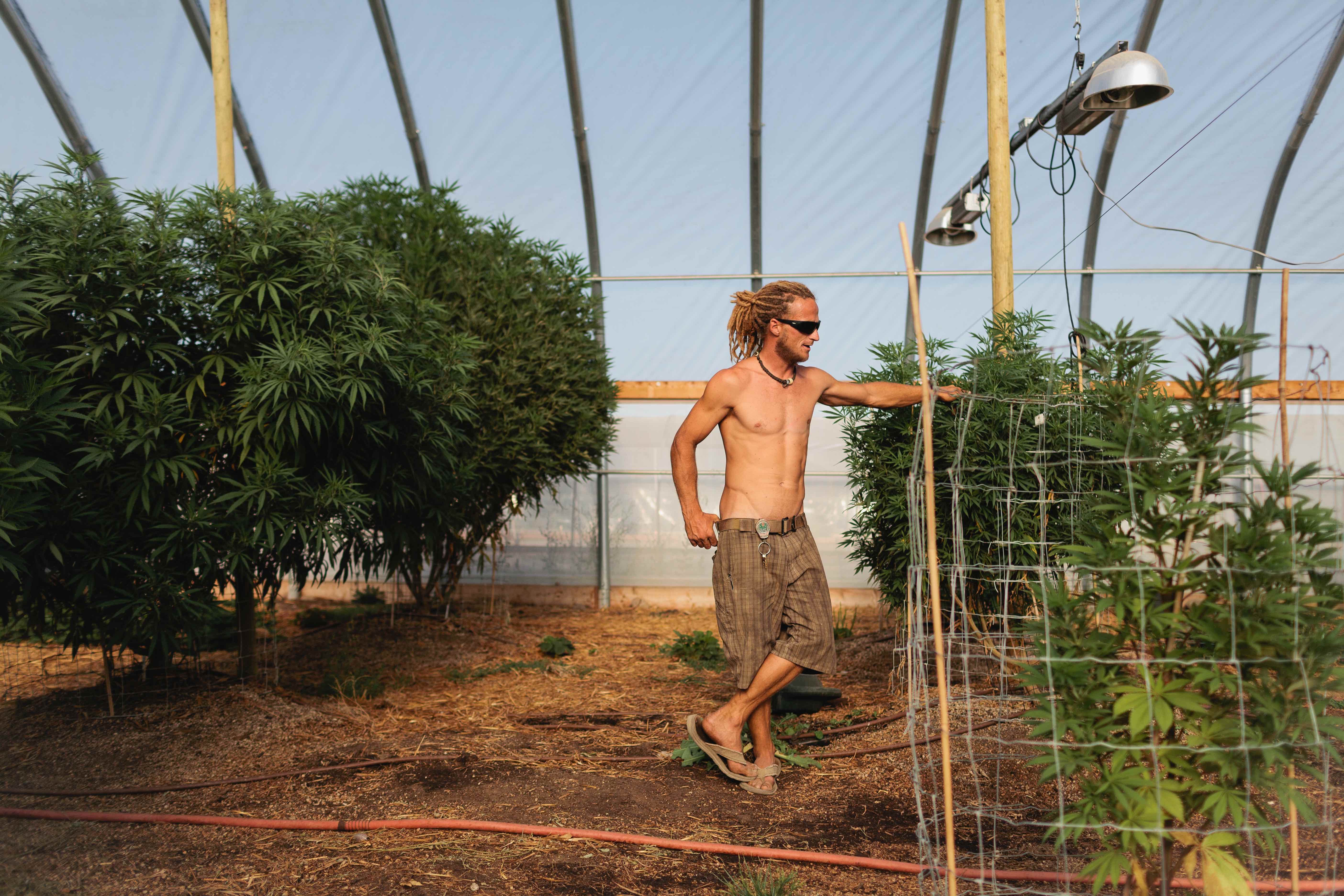 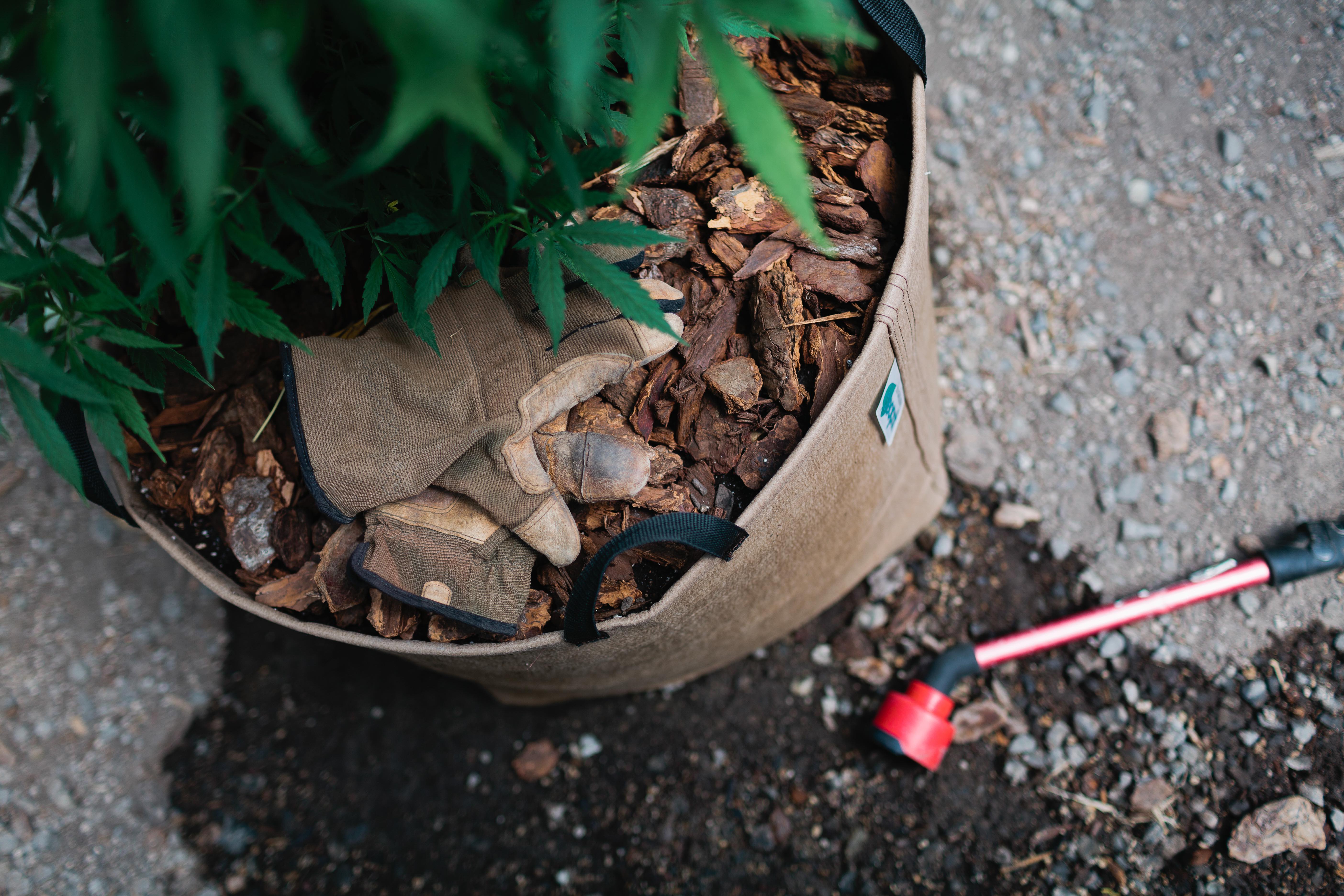 Linkedin
RELATED ARTICLES
OTHER ARTICLES
With inflation now at a 40-year-high of 9 per cent, demonstrations organised by TUC took place to demand action from the government.
On the fifth anniversary of the tower fire, around 18,000 joined the walk to remember the 72 dead and to demand justice.
The singer-songwriter discusses her intimate new project – and the advice she’s picked up across a career as one of rock’s leading voices.
In her new book, the author explores the country’s housing crisis in human terms and calls for radical action to address a broken system.
The author discusses the all-consuming nature of heartbreak, and turning the experience into an incisive exploration of love and loss.
Photographer David Hoffman recalls documenting the extreme wealth inequality around Tower Hamlets and Hackney int the 1980s.