Art & Culture / Photography / Welcome to Doug’s: the last of a dying breed of boxing gyms 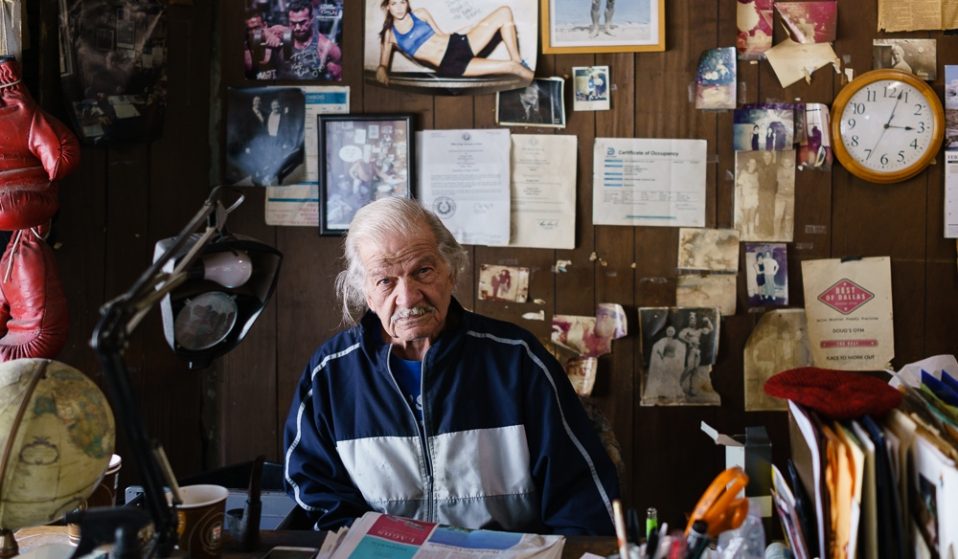 In his new project, Doug’s Gym: The Last of It’s Kind, photographer Norm Diamond pays tribute to a disappearing world.

In his new project, Doug’s Gym: The Last of It’s Kind, photographer Norm Diamond pays tribute to a disappearing world.

One day in the autumn of 2017, photographer Norm Diamond was walking through downtown Dallas when he saw a sign for Doug’s Gym. Though he’d seen it before, he never noticed the dated language it used.

Intrigued by this relic from the past, Diamond opened the door and climbed a wooden staircase, dodging splinters. Eventually, he came face to face with the owner of the gym, Doug Eidd.

“Doug’ believed his life’s work was to teach people to become fit for the rest of their lives,” Diamond says. “The cosmetics of the gym had no importance for him. He lived simply, spent most of his life in that gym, and loved it. His members, young and old of all backgrounds, adored and respected him for his skills, his honesty and his availability.”

Inspired by his encounter, Diamond set forth on a project that would result in the new book and exhibition, Doug’s Gym: The Last of It’s Kind. It would be a poignant tribute to a disappearing world.

When Diamond first arrived at the gym, he wanted to focus on its dilapidation. “There was beauty, sadness, and history everywhere I looked,” he says, acknowledging he is drawn to themes of memory, loss, and mortality. “I am of a certain age when death is no longer an abstract destination that is easily compartmentalised.” 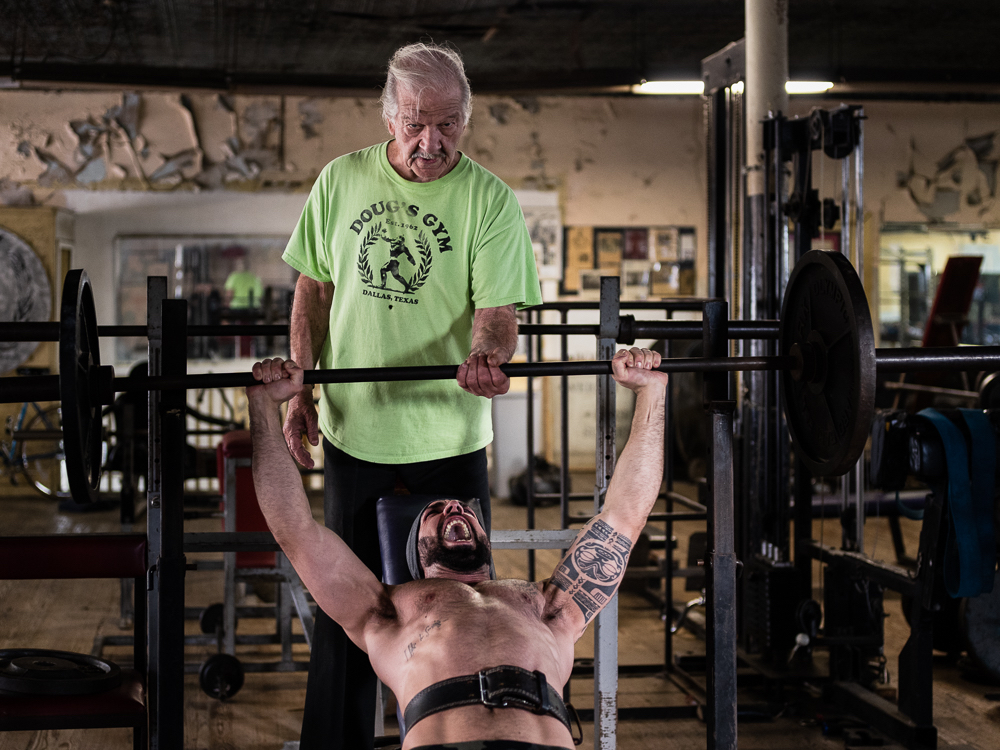 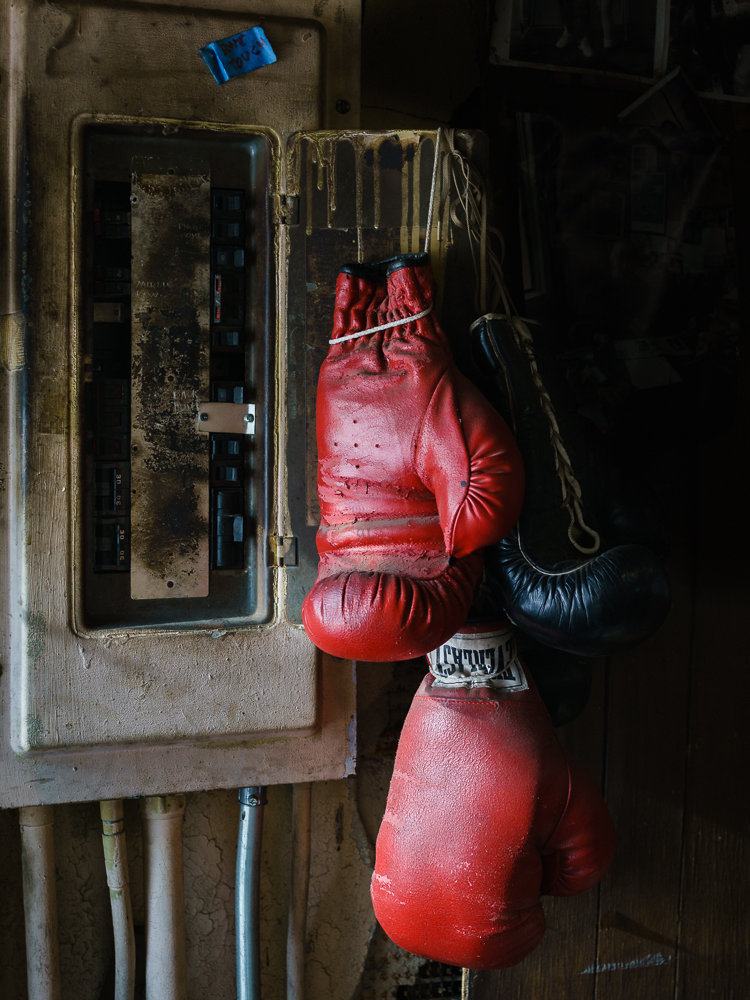 Yet Diamond quickly realised that in order to do Doug’s Gym justice, he had to become a member. “Doug said I would have to train with him three times a week for a month before I could work out on my own,” he says. “I liked that idea, because I could get to know Doug. I also saw myself becoming stronger and more fit.”

“I appreciated the simplicity of Doug’s outlook. He had lost the muscle mass of his youth, but still tried to keep as strong and fit as he could. He loved coming to the gym every day and rarely, if ever, felt the need to travel. For lunch, he often opened a tin of herring or sardines and ate at his desk. He would brag that it was all protein and only a hundred calories.”

After 55 years, Eidd, then 87, learned his landlord wanted to increase the rent – a decision that soon put him out of business. “Doug once told me he was not afraid of death, as long as he was solvent at the time,” Diamond says. “This was a one-man operation. When the options for a short-term lease ran out, he gave us two-weeks’ notice. The members were shocked and distraught. One long-time member openly cried as the gym’s equipment was moved out.”

On the last day, a party was held and old-timers and current members to lift weights one last time at Doug’s Gym, a fixture in downtown Dallas for over half a century. Diamond recalls the finality of the moment: “Someone made a cake with the gym’s logo on it. Doug gave a little speech, and eventually everyone left. That was it.” 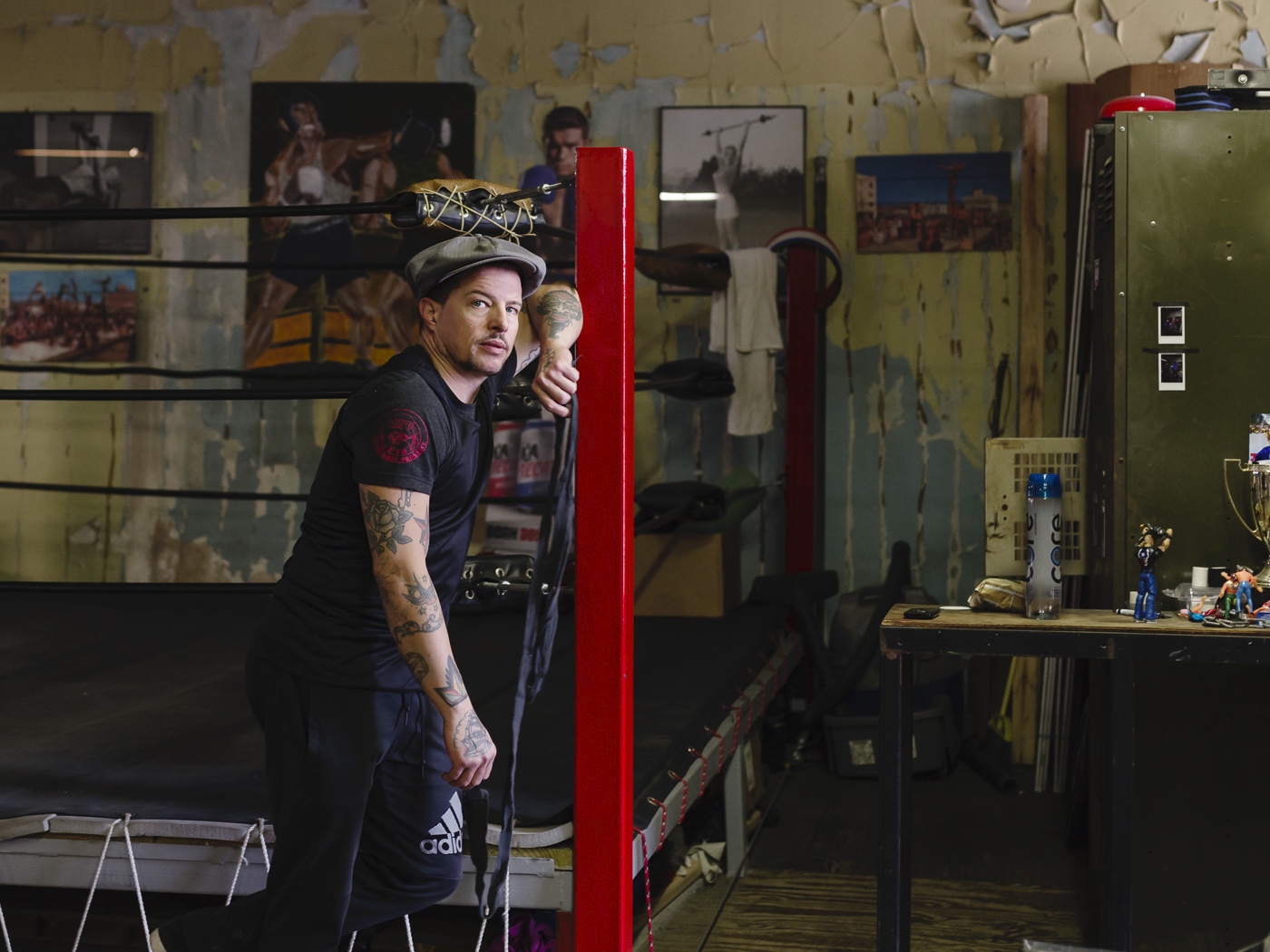 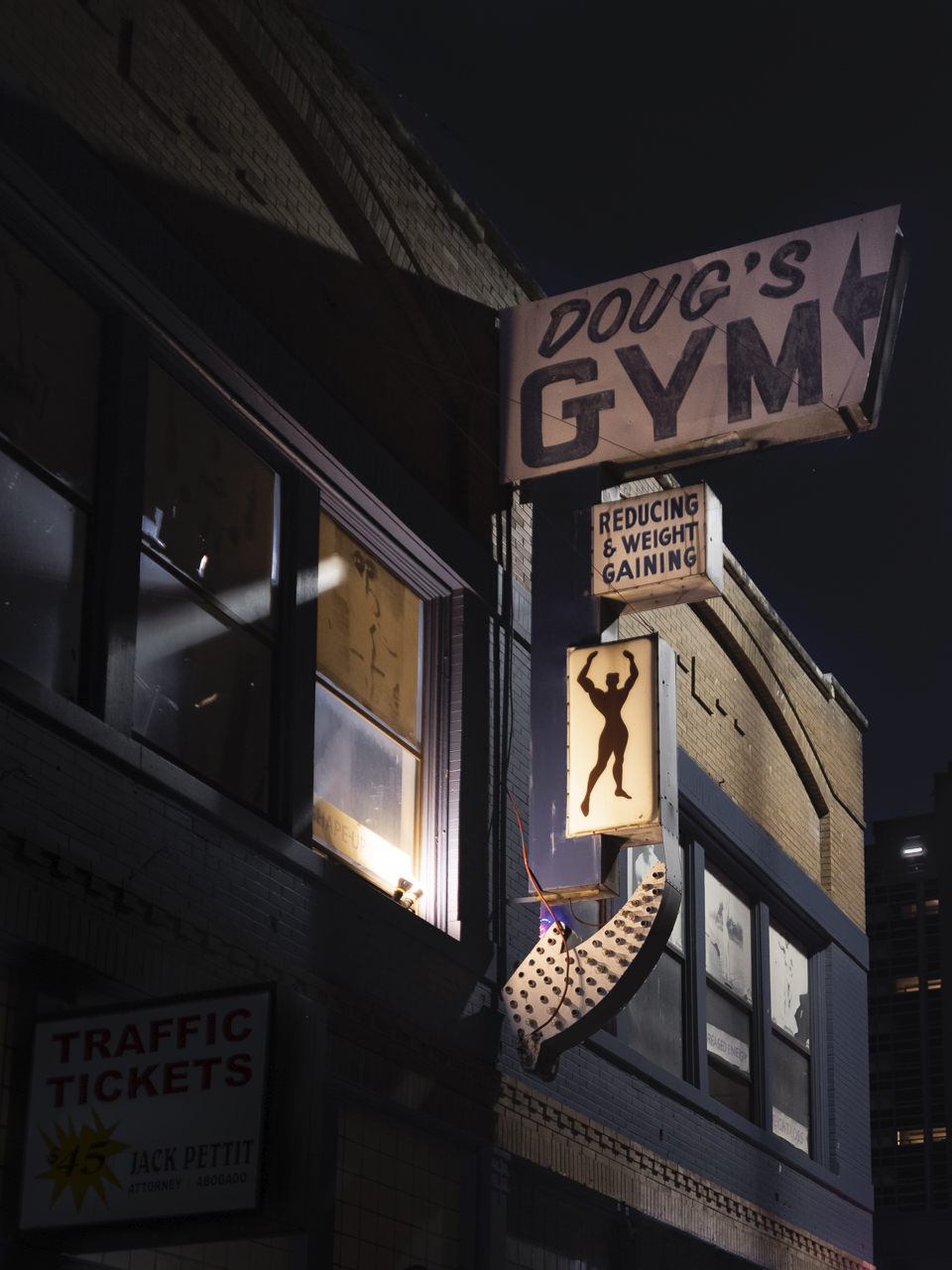 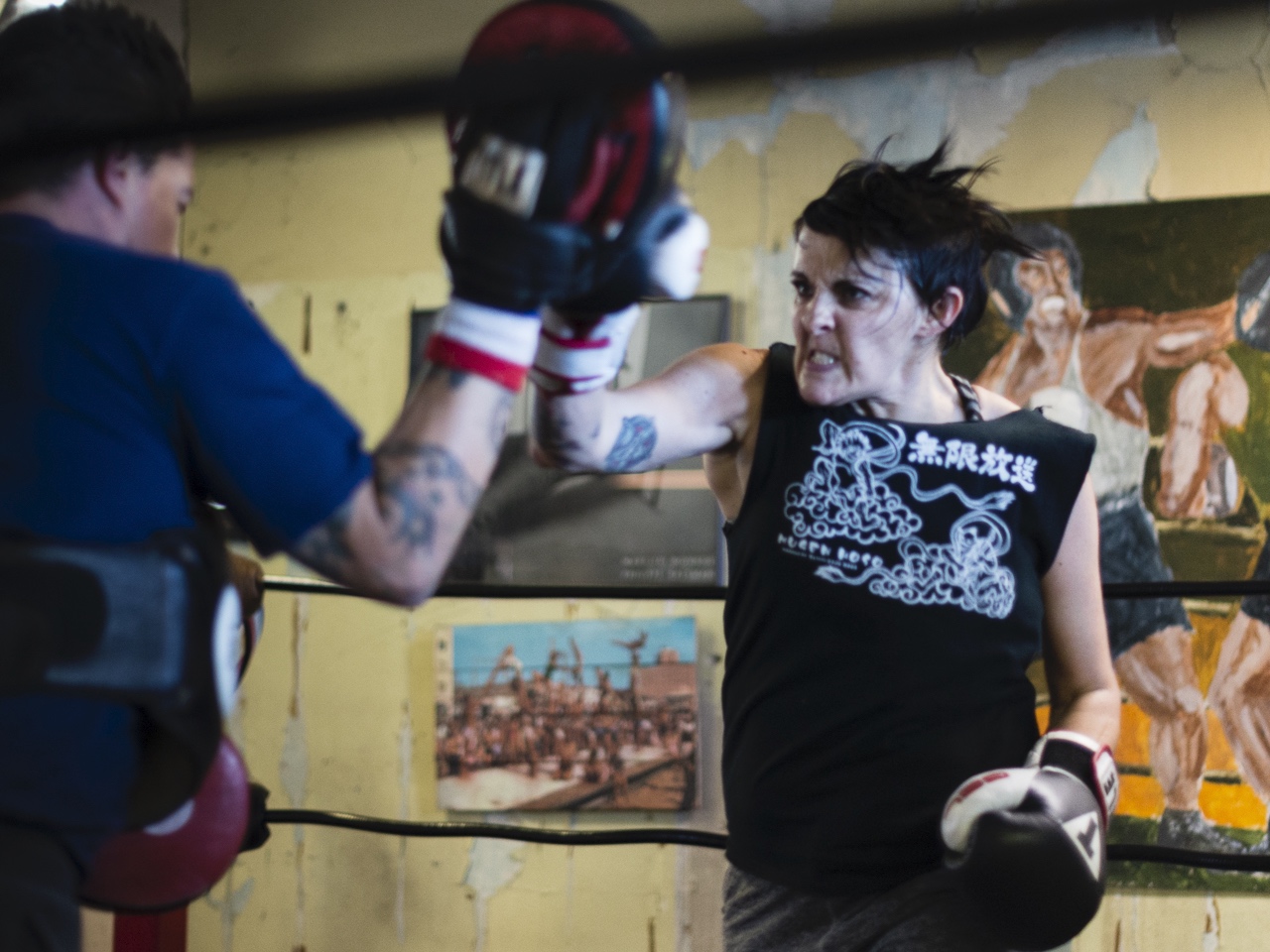 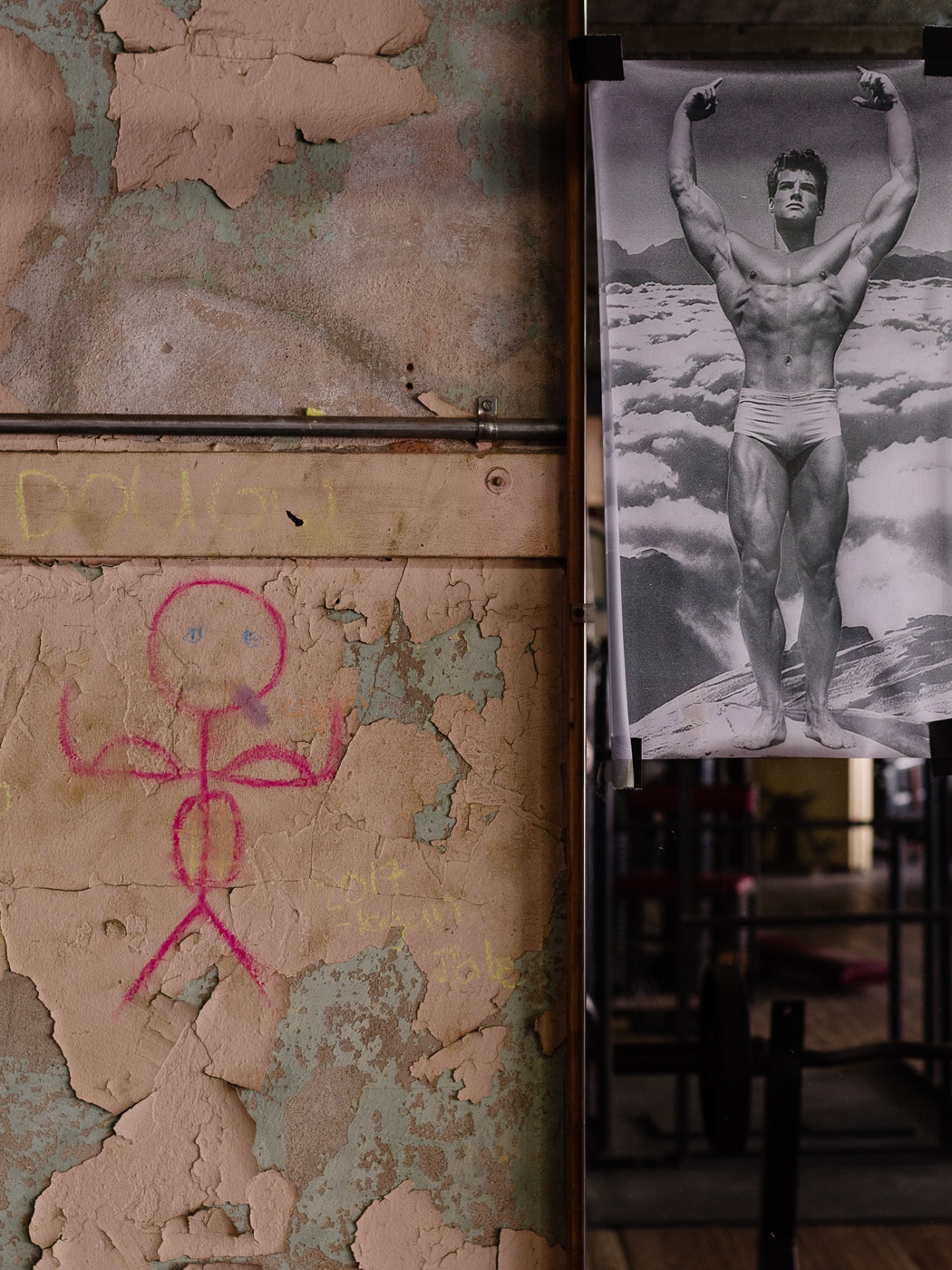 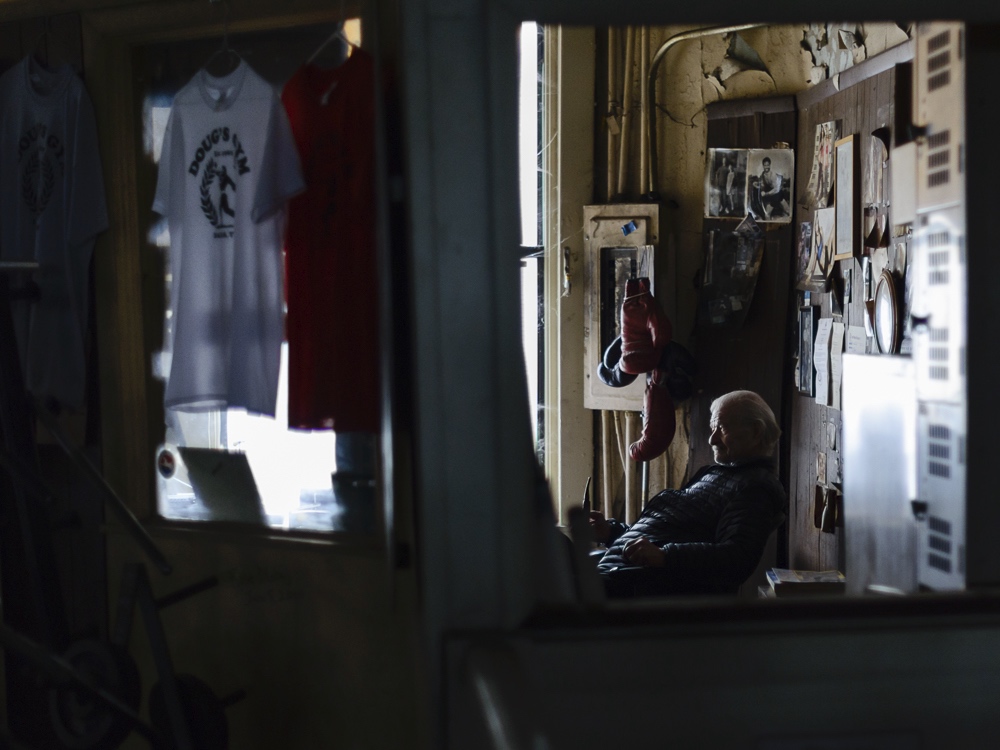 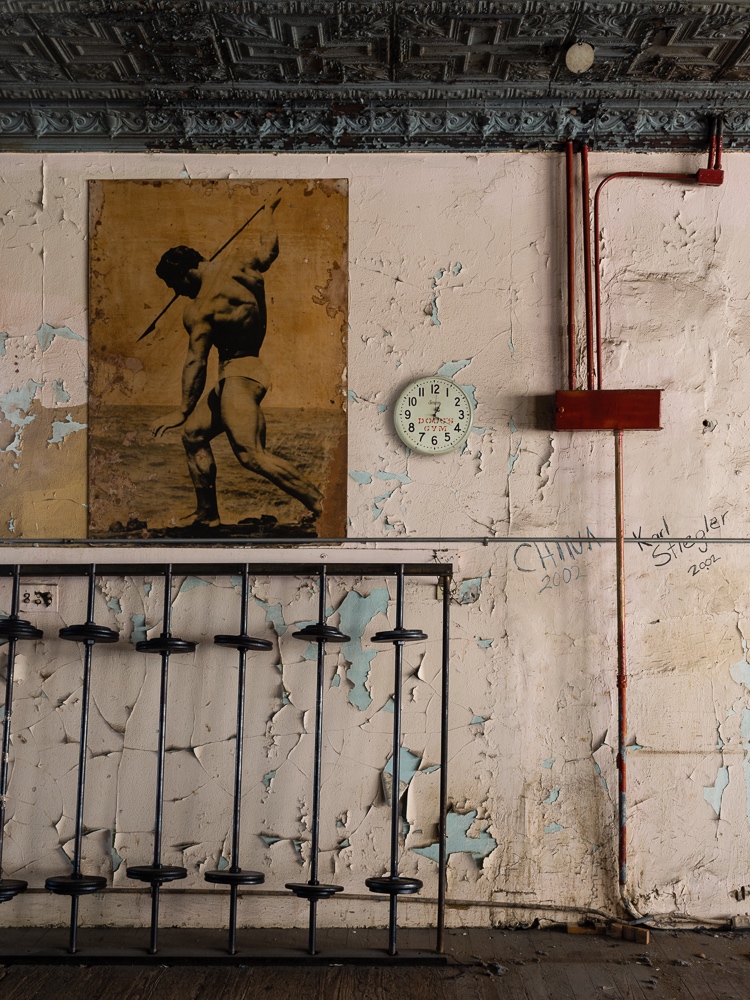 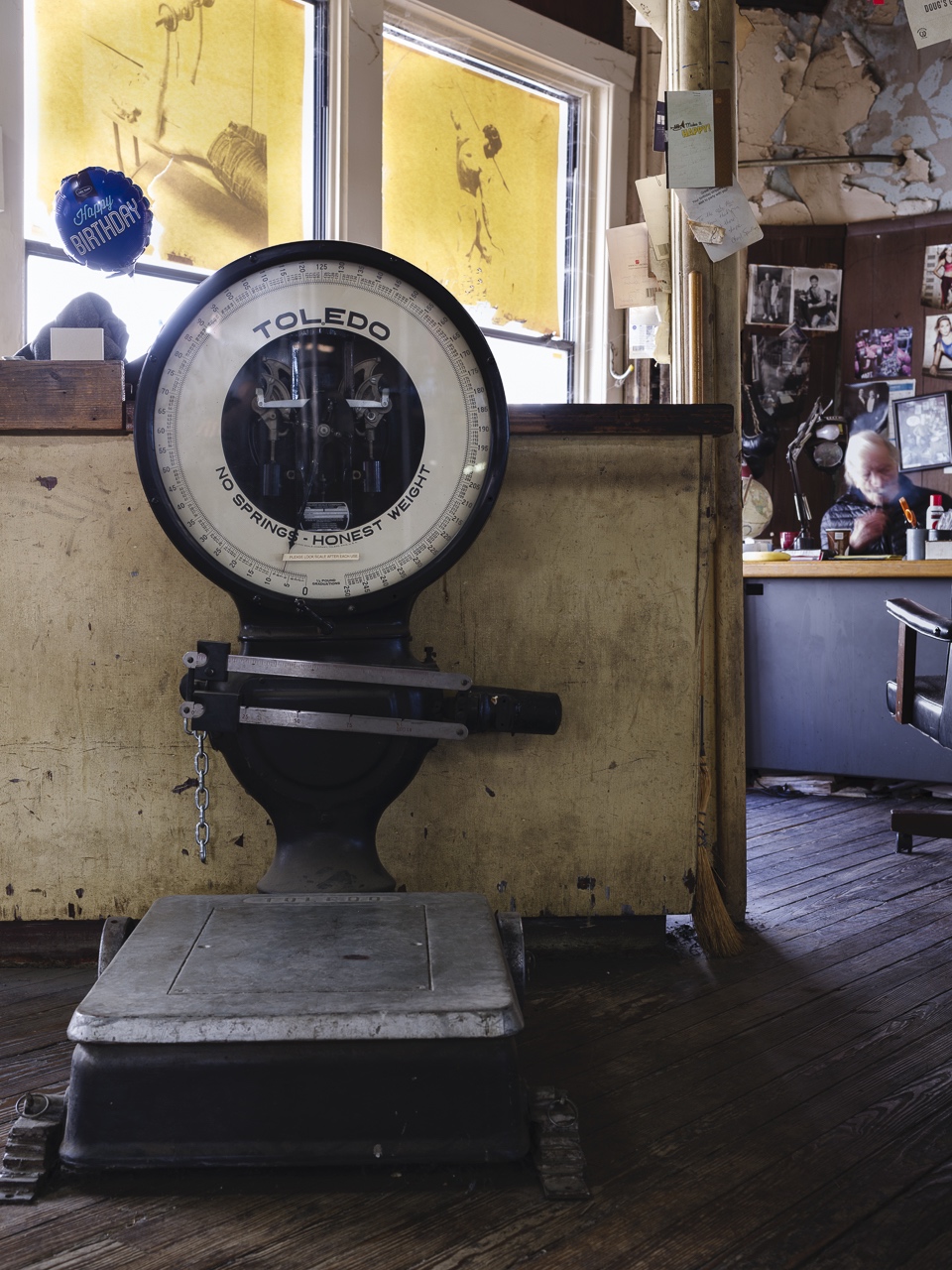 Norm Diamond: Doug’s Gym – The Last of It’s Kind is on view at Afterimage Gallery in Dallas, Texas, through April 30, 2020.

Linkedin
RELATED ARTICLES
OTHER ARTICLES
With the virus now a global health emergency, we must take steps to fight misinformation and demand a swift UK-wide vaccine roll out, writes Phil Samba.
Photojournalist Fiora Garenzi spoke with people still living in Eastern Ukraine, an area which seen some of the heaviest fighting since the war began.
From the chip shops, to the bingo parlors and burlesque dancers, photographer Mike Coles remembers capturing scenes of holidaymakers by the English coast.
With the UK now set to run out of vaccines, people working in the sex industry – particularly outside of major cities – have been left especially vulnerable, reports Brit Dawson.
The author discusses her new memoir, which offers a sobering reflection on the racism and otherness she’s experienced along with a joyful celebration of her culinary heritage.
As the Criminal Bar Association enters its fifth week of action, criminal barrister Russel Fraser explains why the legal professionals have walked out and how action is likely to escalate.