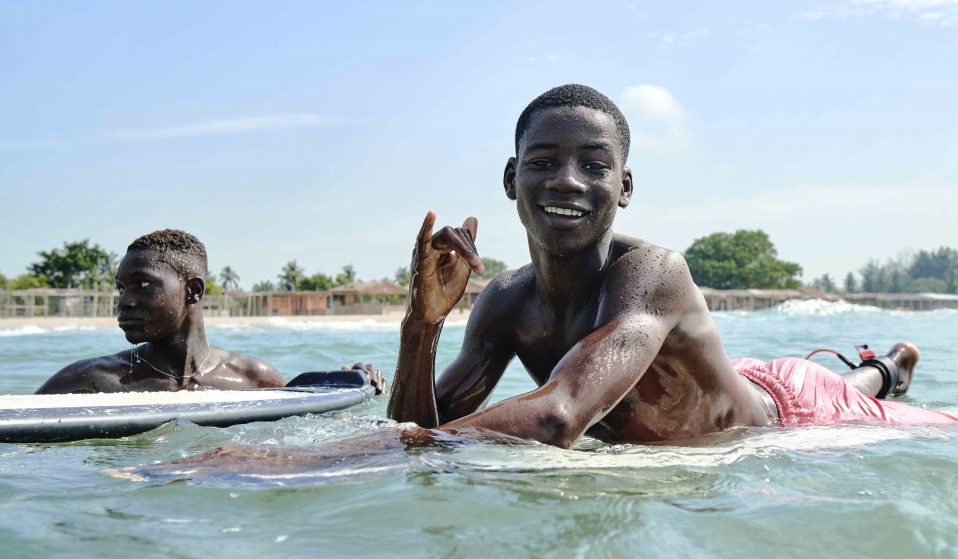 Photographer Oli Hillyer-Riley shoots the surf kids of the city’s island communities – a collective who share an incredible bond with the ocean.

Photographer Oli Hillyer-Riley shoots the surf kids of the city’s island communities – a collective who share an incredible bond with the ocean.

In the spring of 2019, Oli Hillyer-Riley arrived in Lagos, there on a commission to photograph pro surfers Dylan Graves and Dane Gudauskas as part of Vans’ Weird Waves series.

After touching down, he made his way from the airport and into the city, before hopping in a boat that took him out of the harbour and back around into Tarkwa Bay: a sheltered beach that forms part of the city’s artificial island communities.

It was here, during a quiet moment between shoots, that Hillyer-Riley discovered the bay’s surf community for the first time: a youthful scene, made up of kids who’ve spent their whole lives by the ocean. 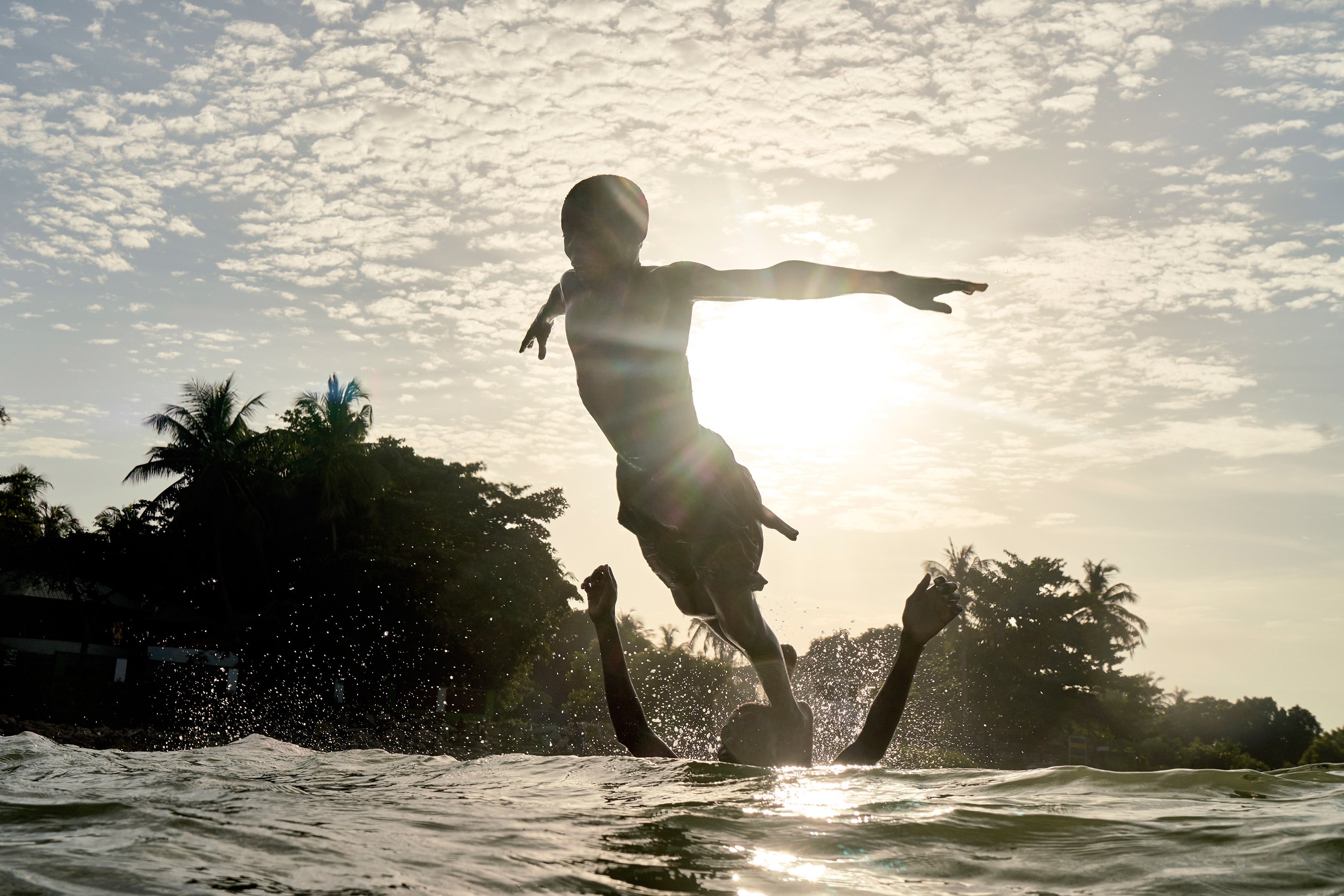 “I was surrounded by children smiling from ear to ear,” he says, recalling the afternoon he was introduced to the Tarkwa Bay surfers. “They shared a handful of surfboards and took it in turns on the waves…. it was like these kids were discovering it for the first time.”

Taken by the relationship they shared with the water, Hillyer-Riley began photographing the young surfers alongside working on his assignment. When Graves and Gudauskas were taking a break, he would make his way down to spend time with the Tarkwa Bay club, capturing them in the ocean whenever he could.

“Dylan Graves described the surf community there as, ‘Going back in time to the infant state of surfing,’” Hillyer-Riley adds. “He’s hit the nail on the head. We’re talking nothing but pure joy and excitement, that rush when you catch your first wave – but on tap.”

“The vibe in the water was special, it was the camaraderie. They were hooting and cheering each other, while the young members of the community would clap and dance on the beach when someone caught a wave.” 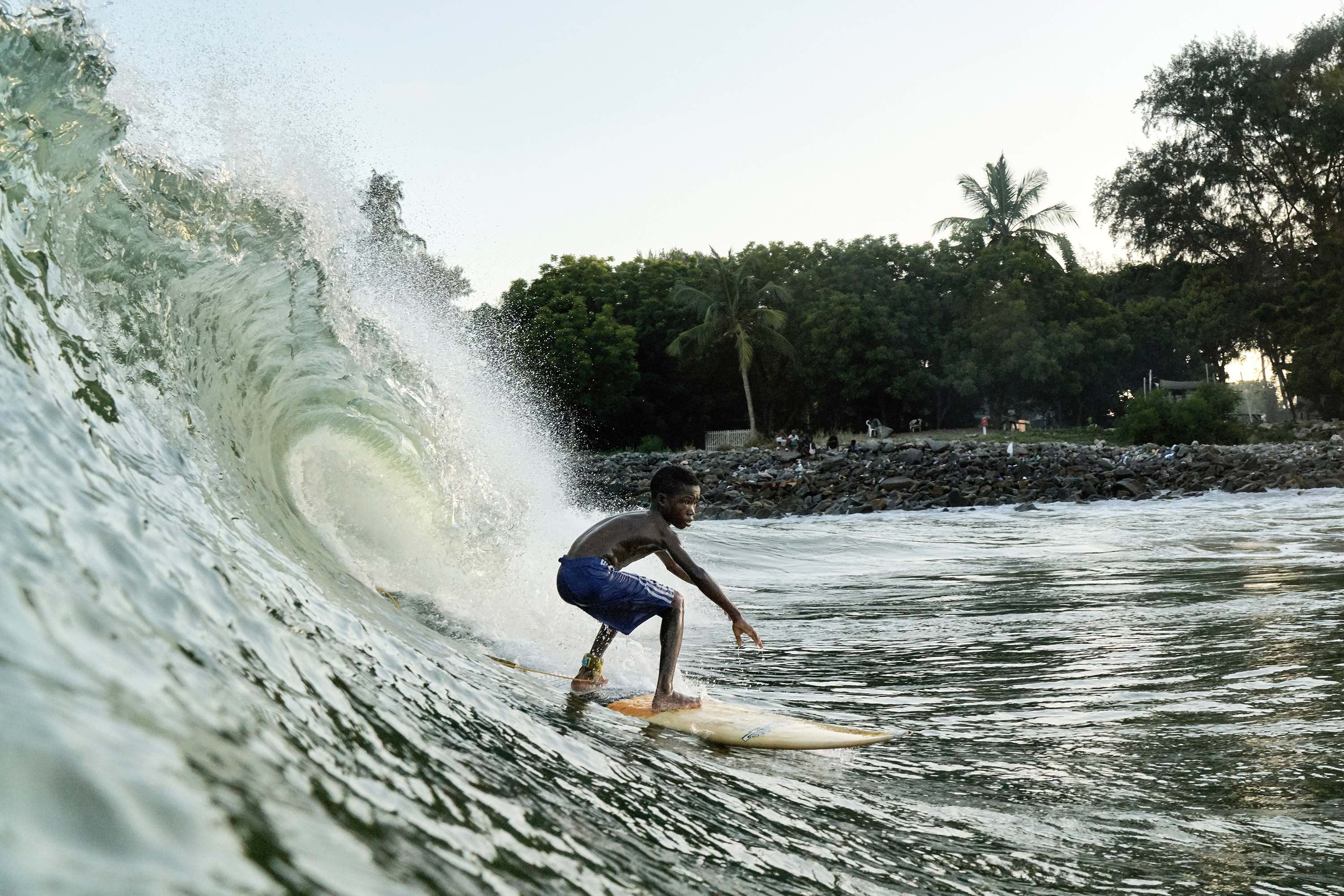 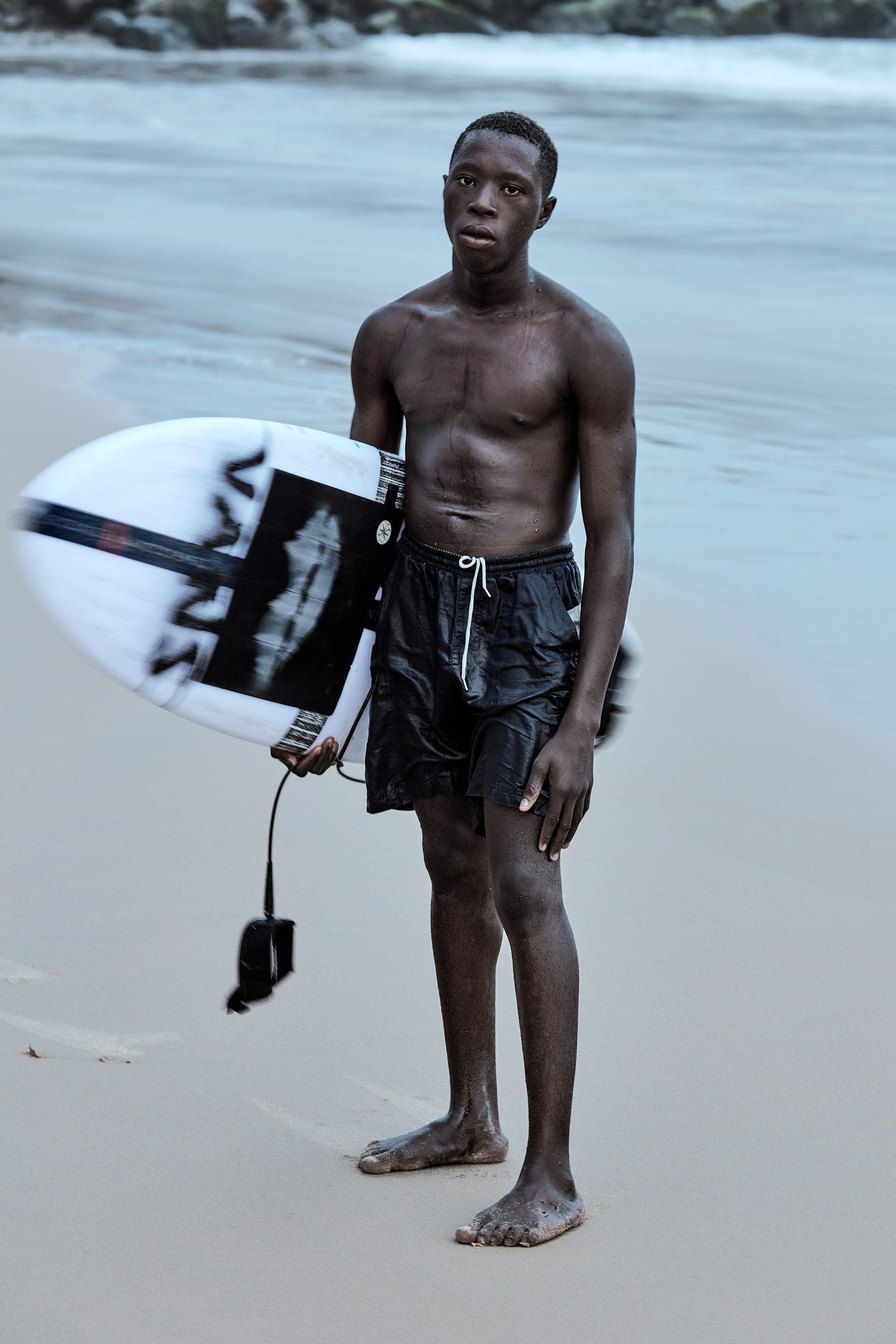 Hillyer-Riley spent six days with the Tarkwa Bay surfers, before heading back home to the UK when his assignment was complete. With the photos he shot, he planned to put together a book, with profits going to John Mitchelli, an Italian-born surfer who heads up the Tarkwa Bay club, ensuring that the kids stay on decent equipment and know how to look after each other in the water.

However, on Tuesday 21 January, 2020, Tarkwa’s beachside community found themselves forcibly evicted by the Nigerian Navy as part of an operation to stop oil theft from pipelines. The mass eviction left thousands of innocent families across the island communities homeless.

“Right now our main priority is taking care of the kids and their families,” says Micheletti. “We’re using any funds that the club had saved to provide food aid and assist with rebuilding homes, or relocating affected families where this is not possible.” 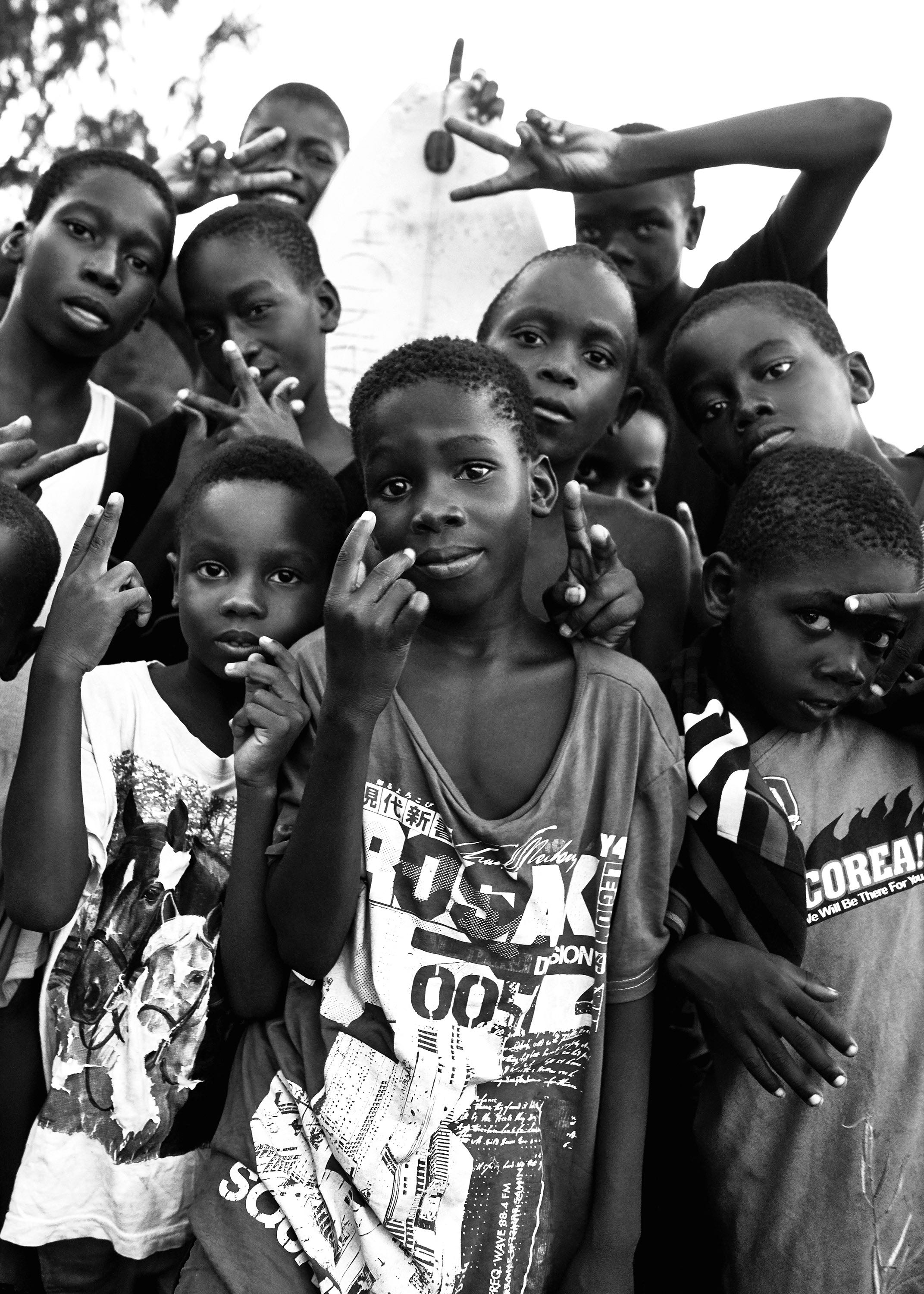 As a result, the profits from Hillyer-Riley’s book – titled No Wahala – will now go back into helping the Tarkwa Bay community in “any way possible”. His main hope, after that, is that the kids will be able to enjoy themselves out on the water again.

“The passion they have for the ocean is something to admire,” he says. “It reminds me of speaking to Manu, one of the club’s oldest members. He said: ‘I think about the surf and ocean all day every day. In school, at home, until I fall asleep and then again the next day – until I am back in the sea.’” 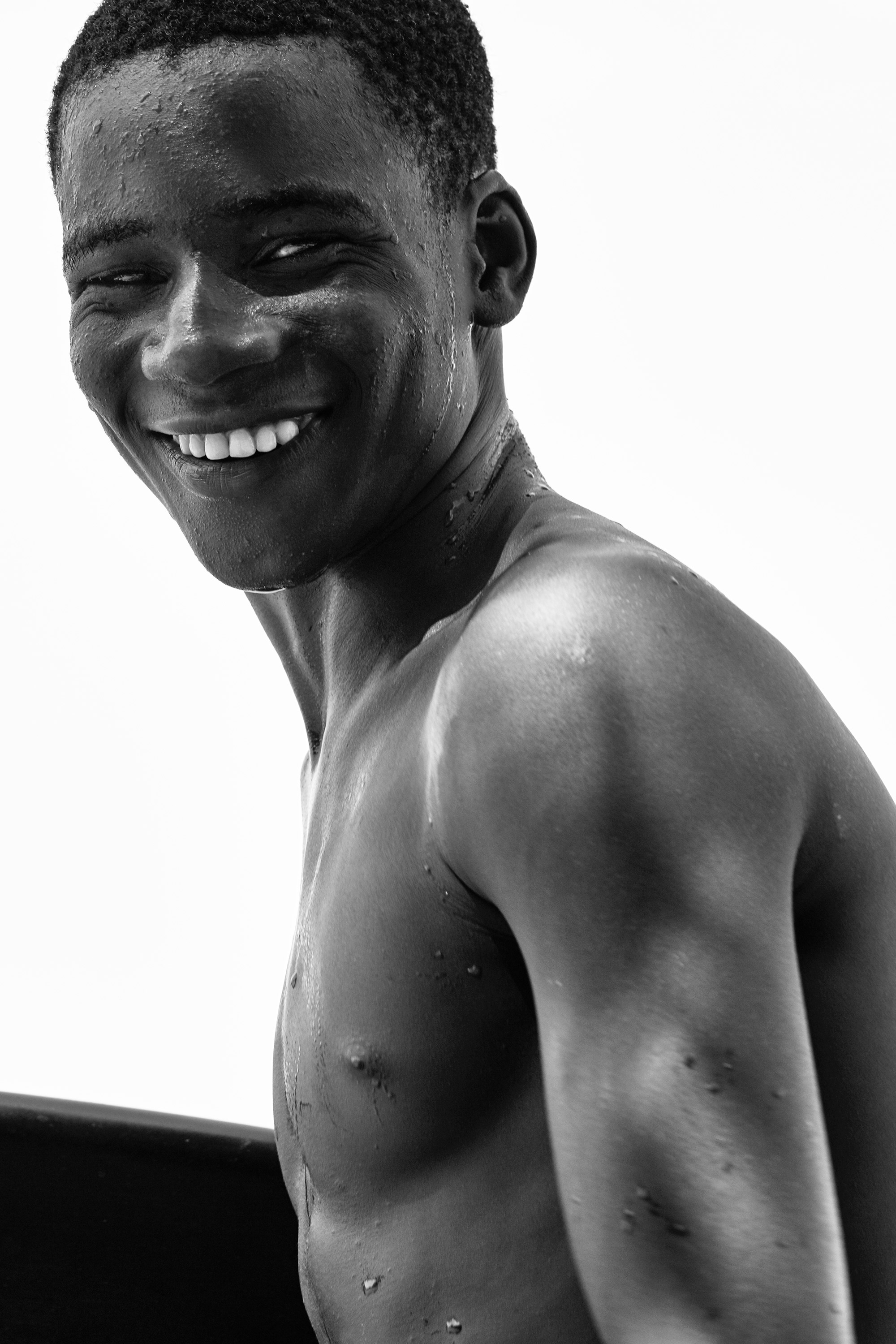 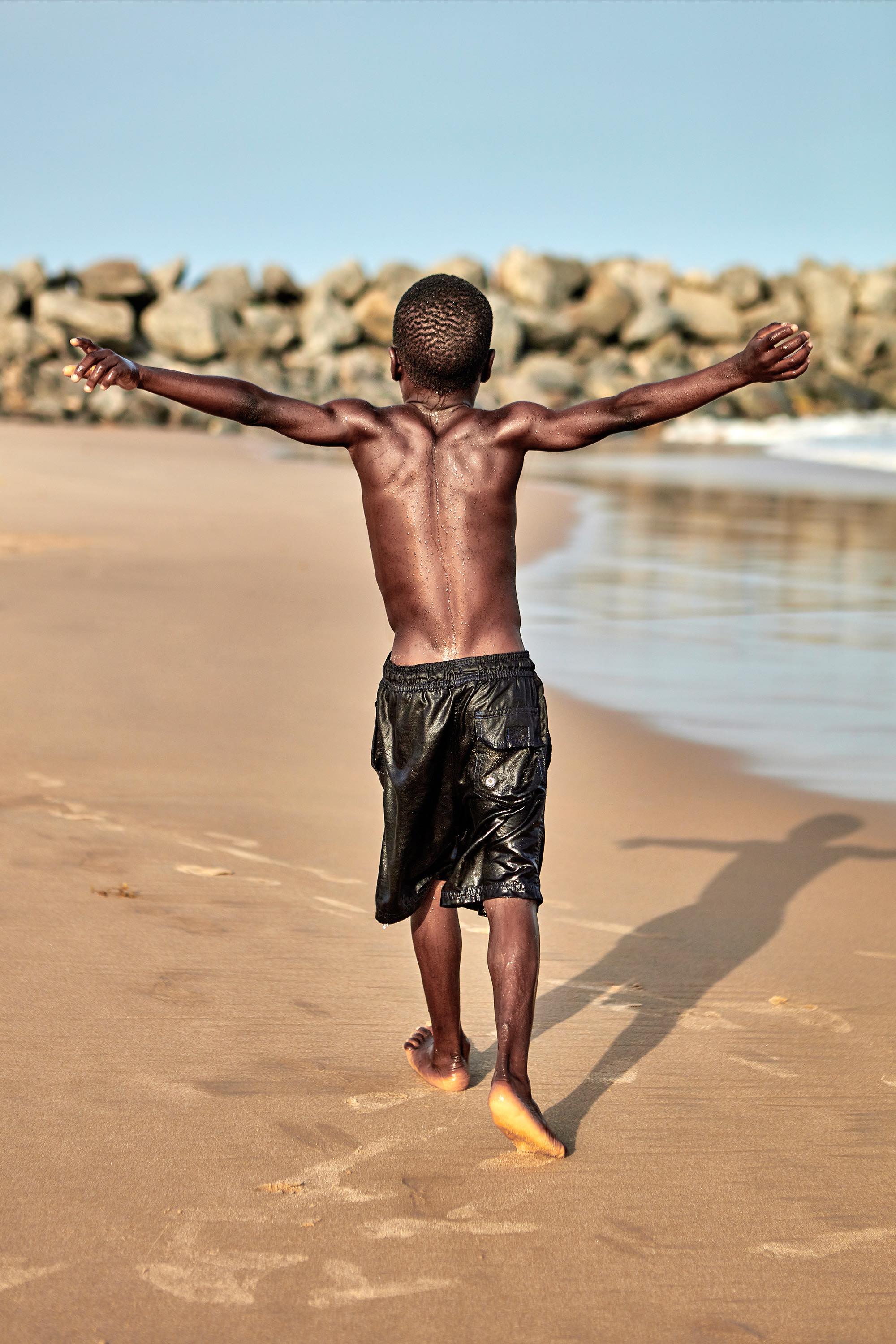 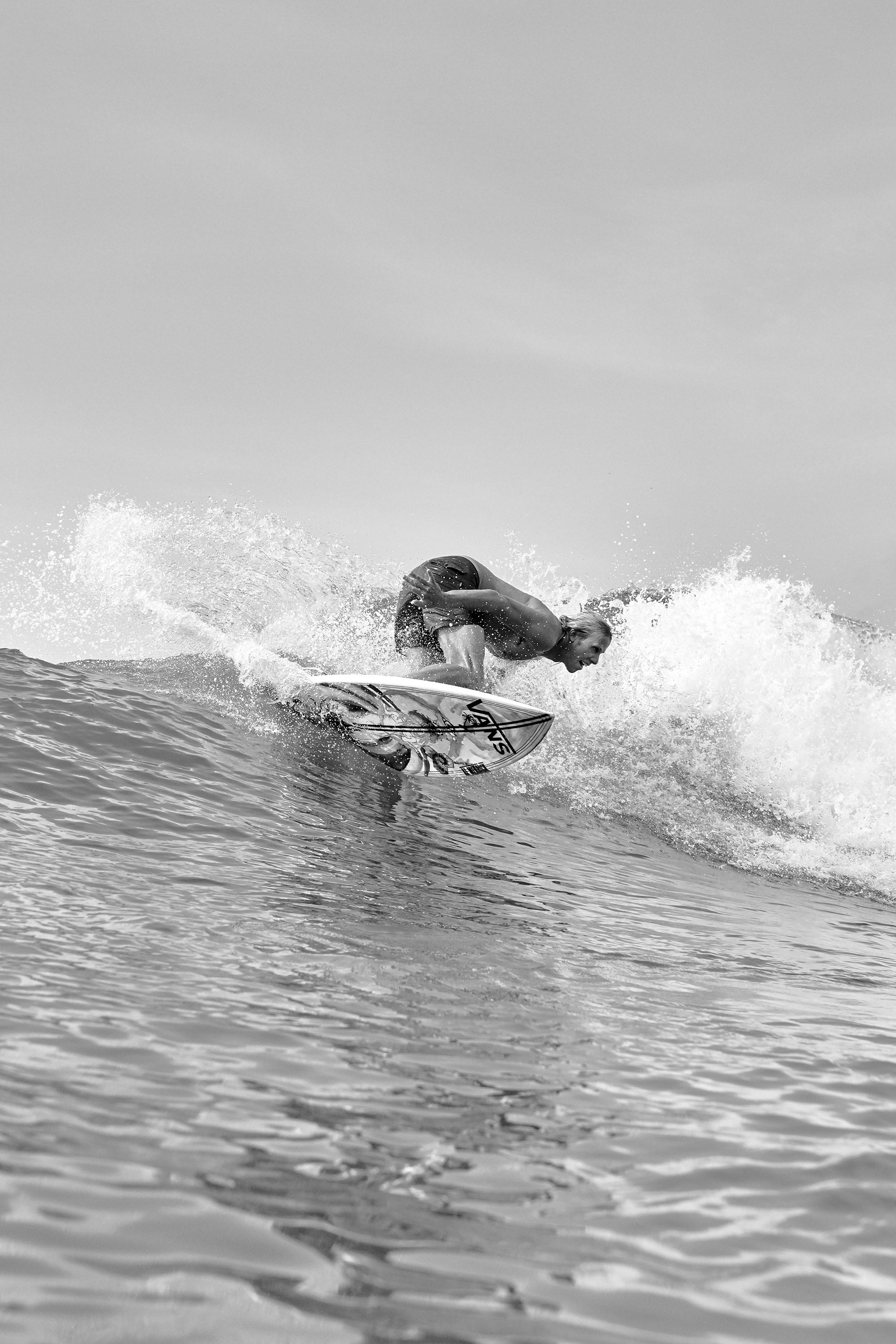 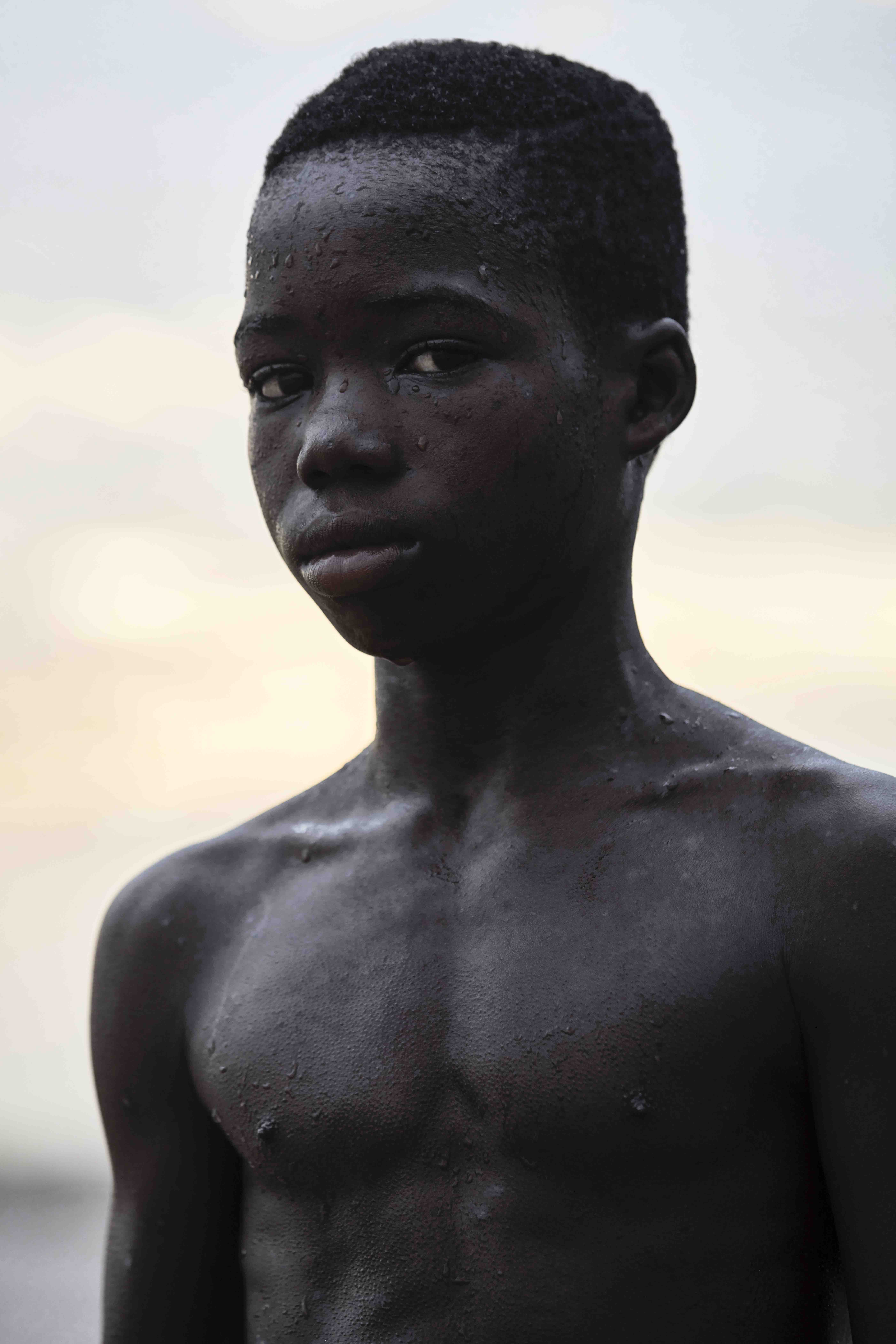 No Wahala is available to buy now.

Linkedin
RELATED ARTICLES
OTHER ARTICLES
A 37-year-old woman shares how her abortion led her to become a clinic worker, and the abuse she’s received in that role.
Rhiannon Adam spent three months capturing an ageing society wracked by division, isolation, and the aftermath of scandal.
Ahead of the release of their first collaborative album, the producer and rapper talk psychedelics and the state of UK hip hop.
Yesterday thousands gathered outside Buckingham Palace after news of the Queen’s death broke.
Following the announcement of an 80% hike in the energy price cap from 1st October, crowds gathered outside the offices of energy regulator Ofgem to protest and declare their intention to undertake a payment strike.
Rogue landlords are exploiting young and inexperienced renters and leaving them in mental and financial turmoil, reports Niall Hignett.