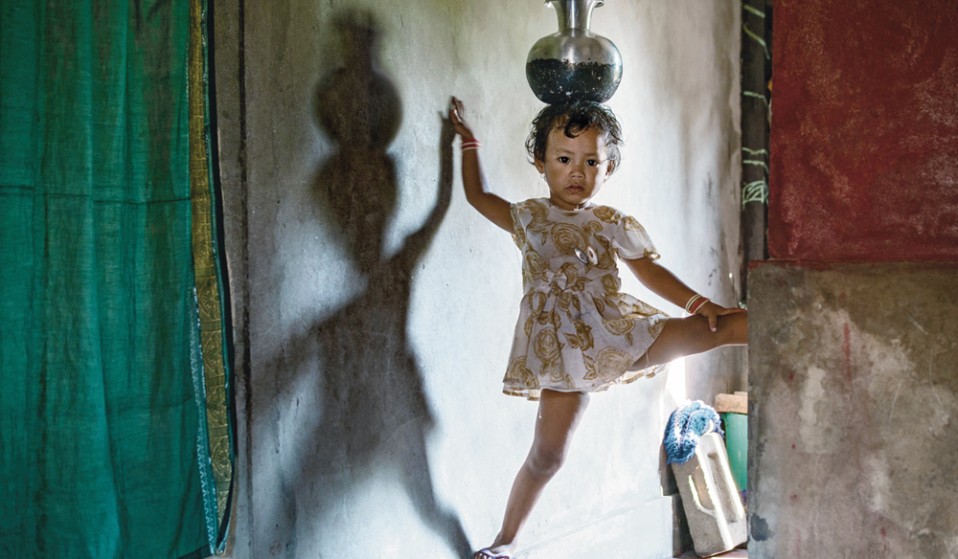 Photographer Karolin Klüppel immersed herself in the lives of young girls from the Khasi indigenous people, a society in north-east India where women and girls run the show.

Climbing the ladder to a tall treehouse made of bamboo is the best way to take in the small Indian village of Mawlynnong. At sunset, the shouts and screams of young girls playing down below waft up to the cabin. This idyllic scene might seem like a village anywhere else in Asia, but here something is different. In Mawlynnong girls are raised to be leaders.

The Khasi are an indigenous ethnic group to northern India who number around two million. Theirs is a matrilineal society, where property and power is handed down through the female side of the family, and men play a limited role in society day-to-day.

Between 2013 and 2015, German photographer Karolin Klüppel spent ten months in Mawlynnong, in Meghalaya state in north-east India. Here she created Kingdom of Girls, her latest project, living alongside the Khasi. Her series of captivating portraits provide an insight into the lives of the young girls who live there – girls who will go on to be the major players in the society once they grow up. 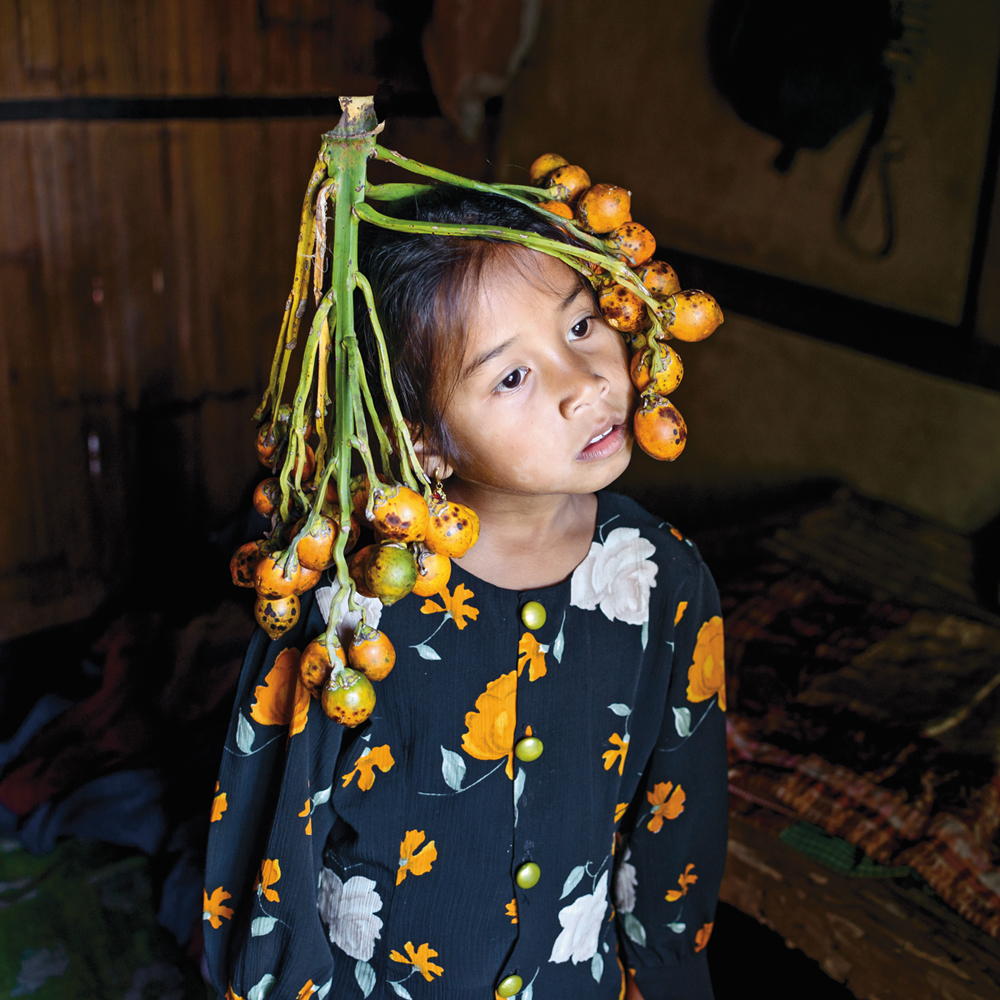 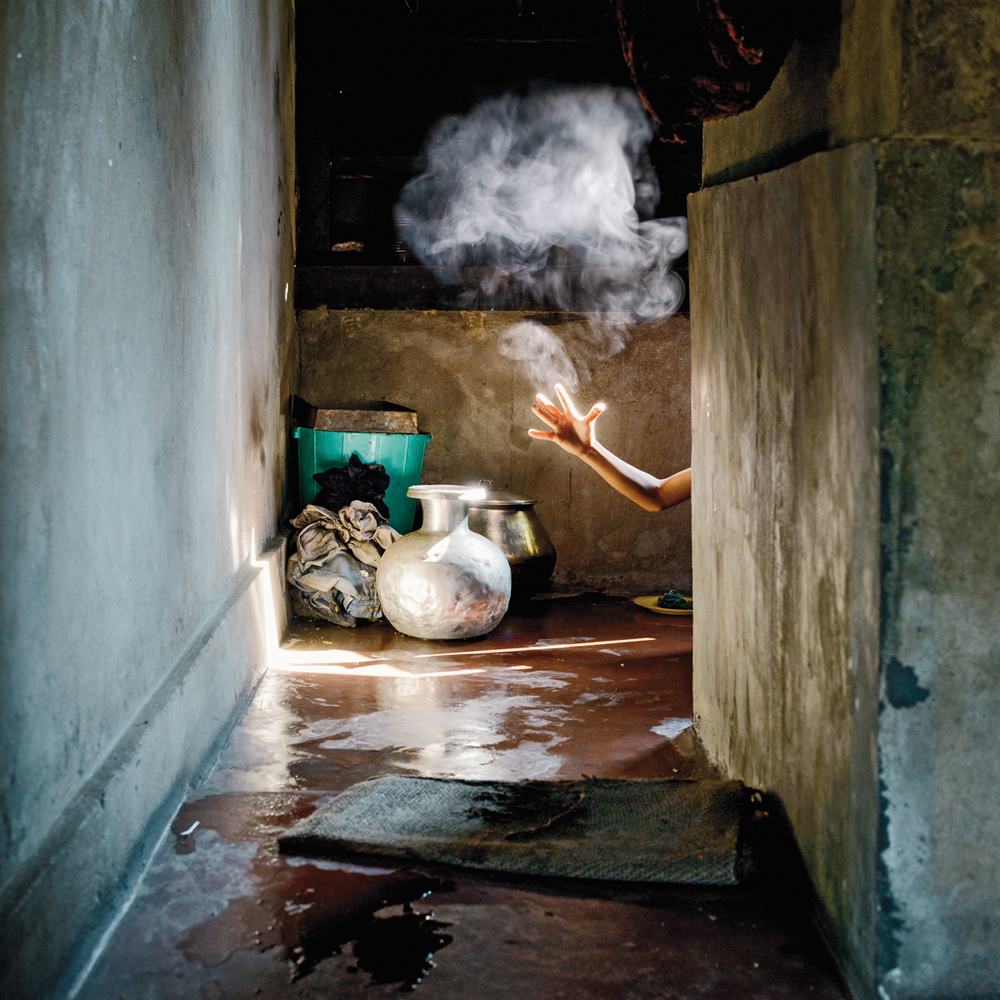 Who are the Khasi?
The Khasi are one of the few matrilineal ethnicities in South Asia. Around one million people belong to this ethnic group and the majority of them live in the state of Meghalaya in the northeast of India. The Khasi’s matrilineal form of society arises from the rights and liberties given to the women. These include the right to inheritance and property, the right of determination in the affairs of the family and clan, and the right to choose partners, as well as the right to educate their children and the right to individual development.

What is the origin of the Khasi? Have they always been a matrilineal society?
There are a couple theories behind the origin, really. From what I’ve read of anthropologist Valentina Pakyntein’s studies, the Khasi’s matrilineal system can be traced back to when the Khasi had multiple partners, which made it hard to determine who the fathers were when the time came. Another theory comes from experts who claim the Khasi men were away too long during times of war to properly care for their families, and so passing property onto the daughters – and not the sons who would go on to fight themselves – seemed like a more logical idea. 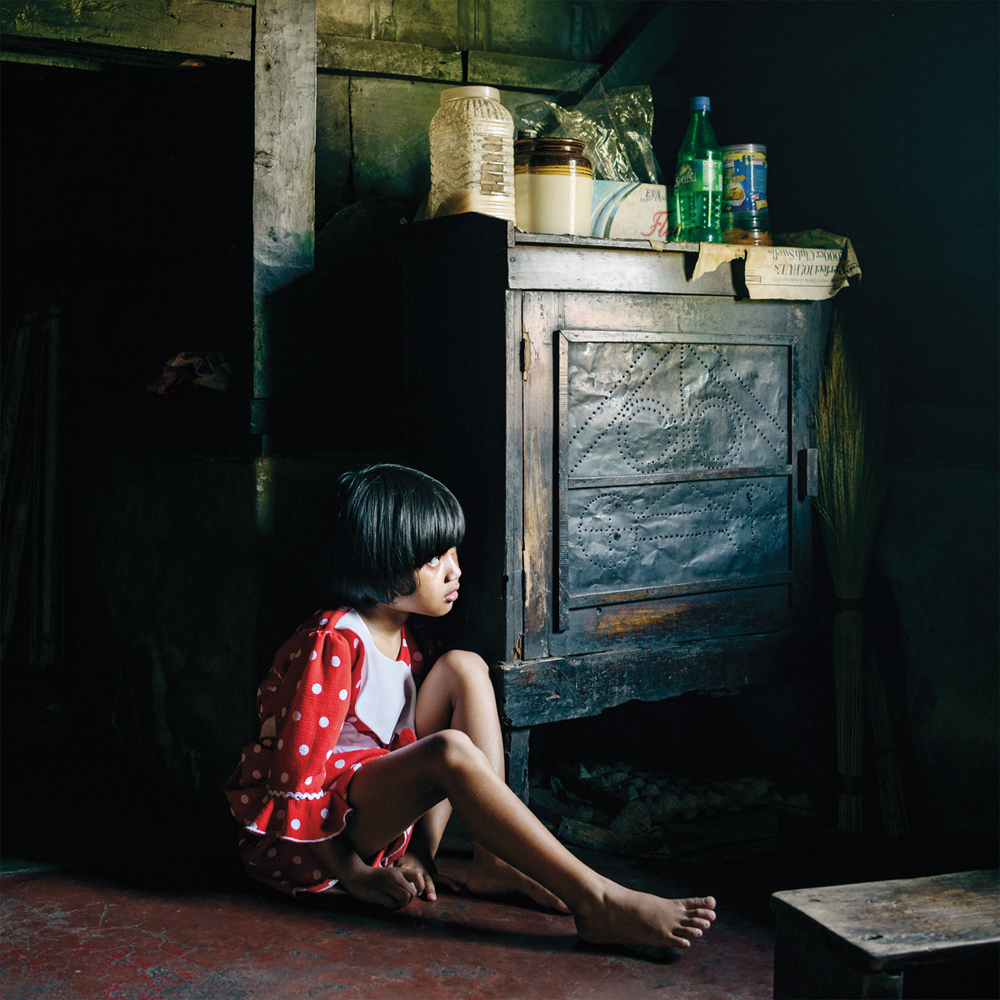 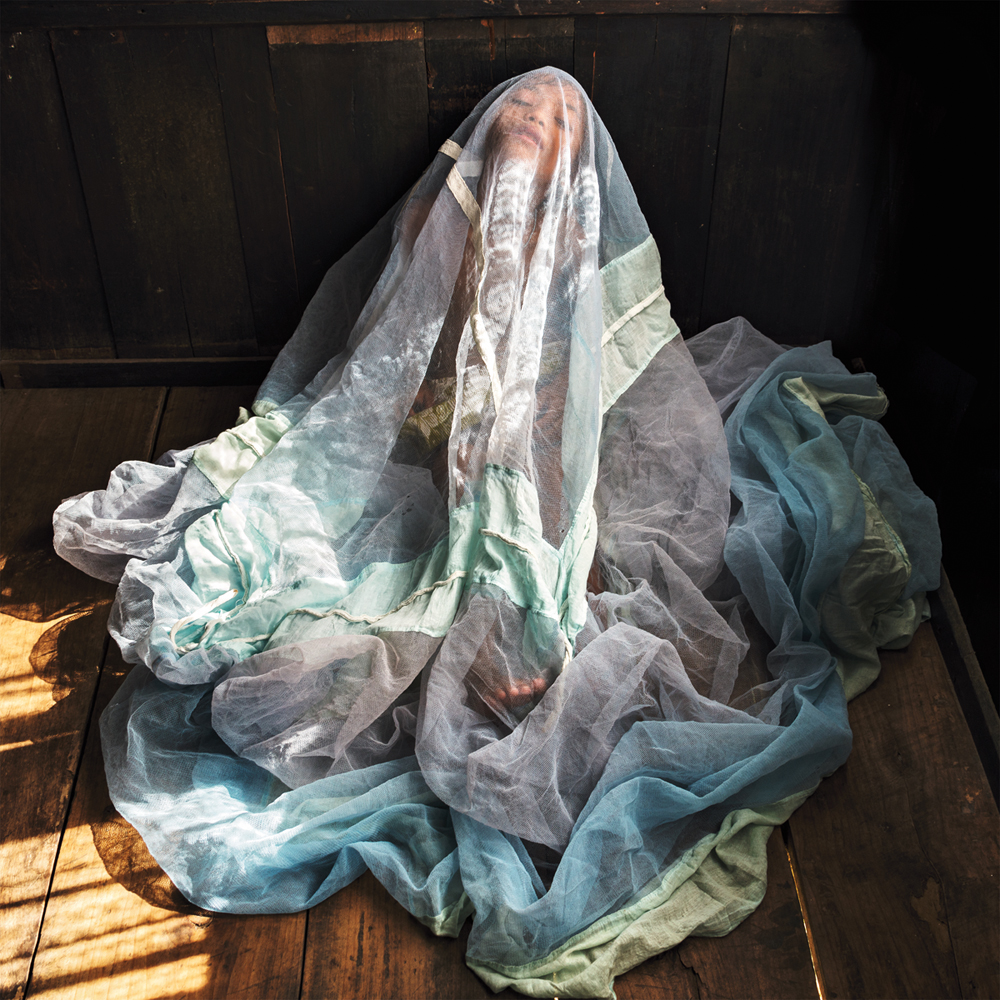 What made you want to photograph them?
I have been interested in matrilineal and matriarchal societies for years! After I finished an artist-in-residency program in Goa, I decided to travel to Meghalaya to do a photo project on the Khasi. I stayed in Shillong, the regional capital, for one week and decided for myself that it would probably easier to get in close contact with people in a small village. Then I read about Mawlynnong and thought it could be worth seeing.

What was the biggest difference that struck you about seeing life in a matrilineal society?
Compared to the Hindu culture, there are many differences. First of all, it is the matriliny, of course! Women are very respected in the Khasi culture. To disrespect a woman in this culture means to harm the society. Daughters are often more wanted than boys, and a family with just sons is considered to be miserable, because only daughters can assure the continuity of a clan.

Also, the Khasi don’t use arranged marriages. When a woman and a man fall in love with each other, they just start to live together in the same house – usually the house of the woman because men rarely have property – and that means they are married. Most of the Khasi converted to Christianity and, nowadays, many couples decide to marry in church. Also, divorce and remarriage is common and totally respected. In Shillong, many young women even decide to live alone. 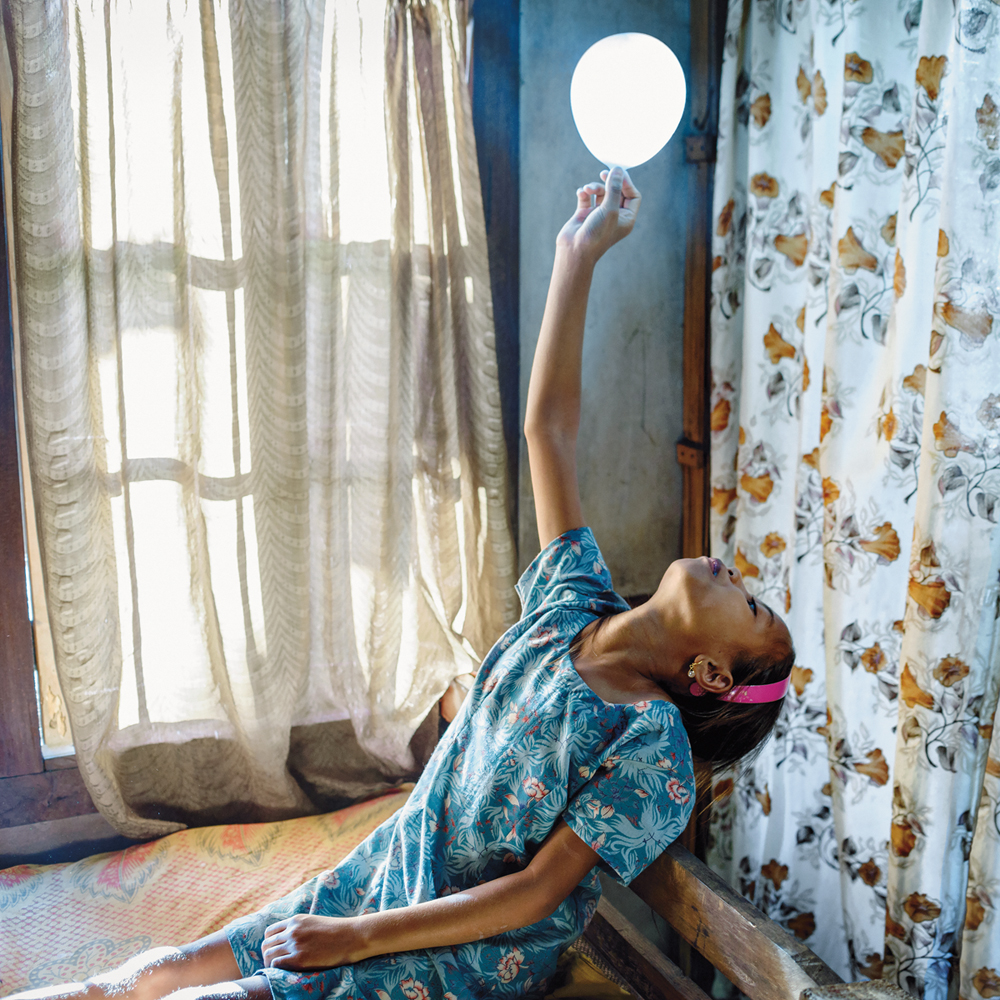 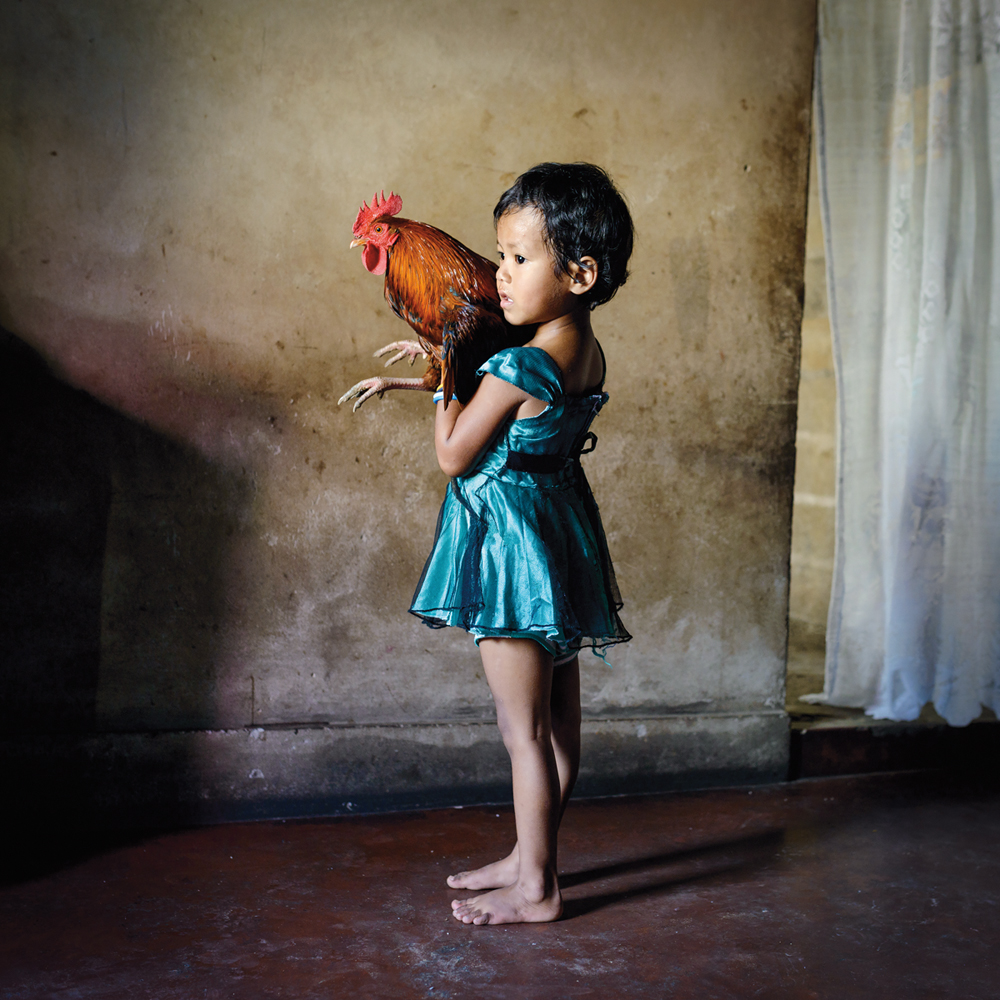 To what extent was there a collaboration with each of the girls you photographed?
Mawlynnong is a very tiny village, with just 95 dwellings. Still, there are many Indian tourists coming every day to see “the cleanest village in Asia,” as Mawlynnong is often described. So the girls have some contact with strangers and even tourists from abroad.

To me, they were very open and not very shy at all. Some girls really liked to be photographed; it was like a game for them. I spent a lot of time with the girls, not just photographing them. They often visited me in my room or we went to the river to take a bath. In the evenings we were often sitting together at the fire with the whole family and friends.

In the first weeks of my two visits I was kind of an attraction, but after a while, I became somehow a part of their village society, which was good because it was much easier to work then. 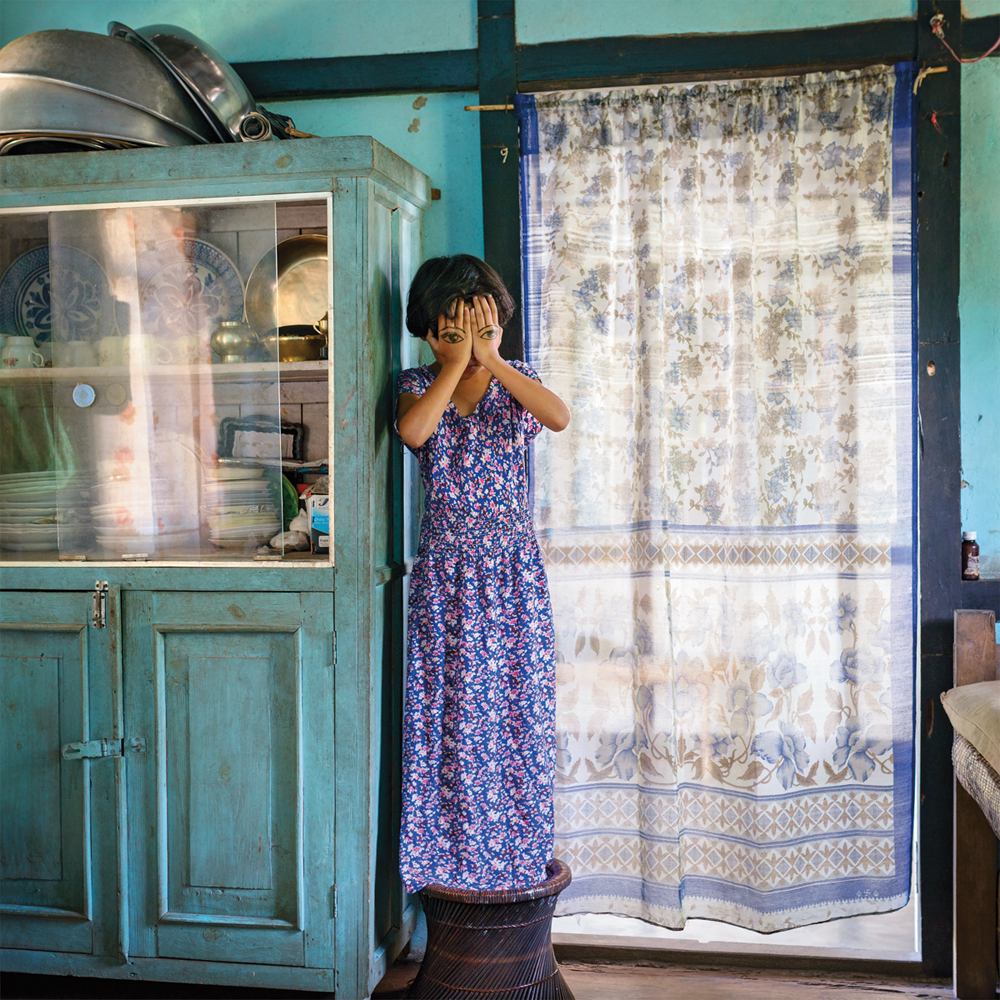 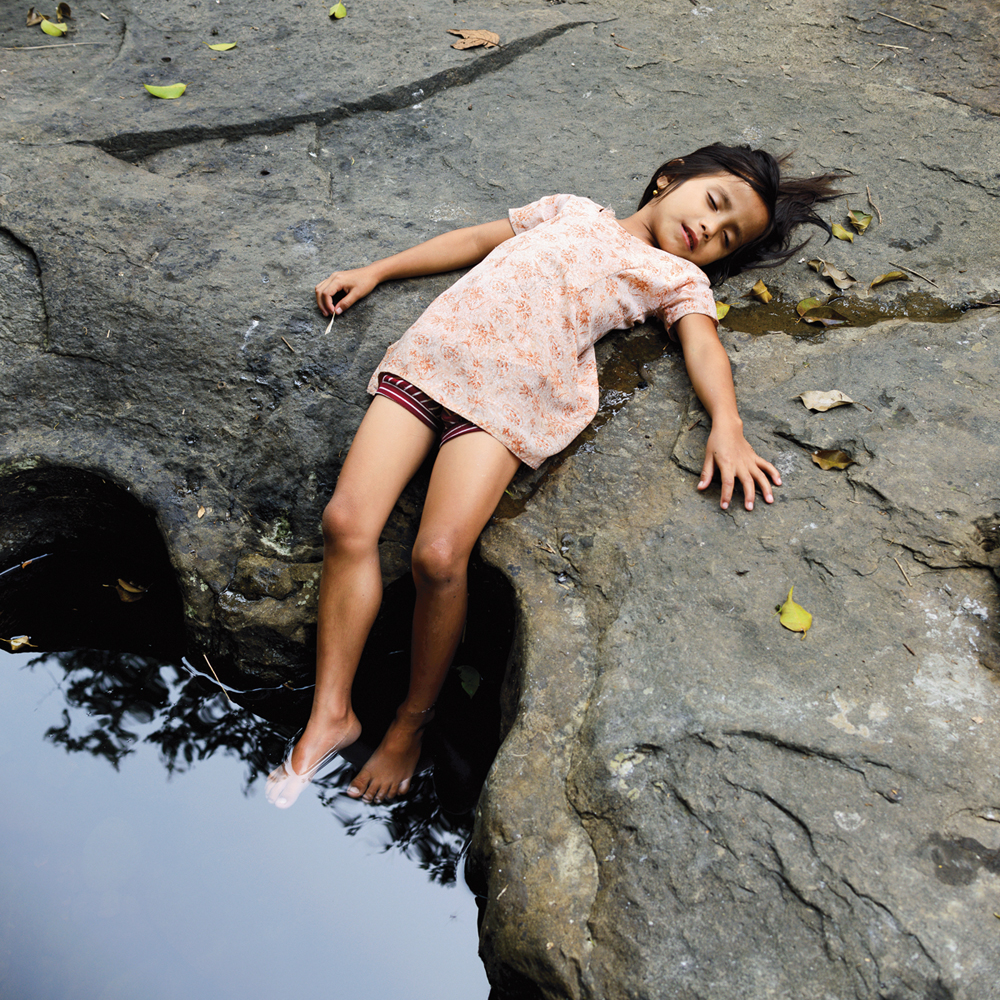 What were the biggest challenges in completing the project?
I would say that there were two challenges. Firstly, financing the project: I had no grant, just some savings that were spent soon enough. Second, being away from family and friends for such a long time. I spent a total of ten months in Mawlynnong working on the project. Of course I made friends and felt very close and connected to my guest family. But still, there was a huge language barrier and really deep conversations just weren’t possible.

What are the biggest lessons we, as outsiders, can take away from their way of life?
Well, the Khasi are a matrilineal society and girls have some advantages there, but, still, in Western societies there are much more opportunities for girls and women to live independently and self-determined.

Many of the Khasi families are very, very poor, especially in the villages. Even if you are a Khasi girl it doesn’t mean you are able to get a good education or go to the university; it just means that if there is some money left for education, it will probably be spent on the girls and not on boys. So, even though I live in a patriarchal society, I still feel that I have many more choices in my life because it’s a far wealthier place.

Another aspect we shouldn’t forget is that the Khasi society is not equal, men have many disadvantages that can lead to problems, like low self-esteem and alcohol or drug abuse, especially in the villages. In the capital Shillong, there is even a men’s group fighting for the emancipation of the men, which counts about 4000 members.

What really impressed me – and what I miss very much in Germany – is how much the Khasi and Indians generally care about their family and friends. Human relationships seem very strong there, which makes sense, because of the poverty and the limited support from the government. If you do not help each other, you are lost.

In the Khasi society, I am sure, no one would ever feel lonely because people just need each other. Whereas, in my society, loneliness is something that a lot of people suffer from. Every culture has its tradeoffs.

Find out more about Karolin Klüppel’s Kingdom of Girls.

Linkedin
RELATED ARTICLES
OTHER ARTICLES
Filmmaker Laura Poitras discusses her new documentary which traces the remarkable life of the artist-activist and the impact of her battle against the US opioid crisis.
A recent High Court ruling against the right to wild camp in Dartmoor National Park sparked the largest land protest in history – and campaigners say their fight is not over yet.
A new podcast is opening up the conversation between trans women and trans amorous men in the hope of building coalitions.
AI companies that develop image-generators using copyrighted artwork from the internet are coming under fire from artists who say that it amounts to theft.
Since 2007, Gideon Mendel has made 20 trips to document floods in 13 countries. The result is an alarming record of what has already been lost to the climate emergency.
Photographer Sean Maung reflects on documenting a small town in Pennsylvania afflicted by high levels of unemployment, poverty, violence, crime, and addiction.