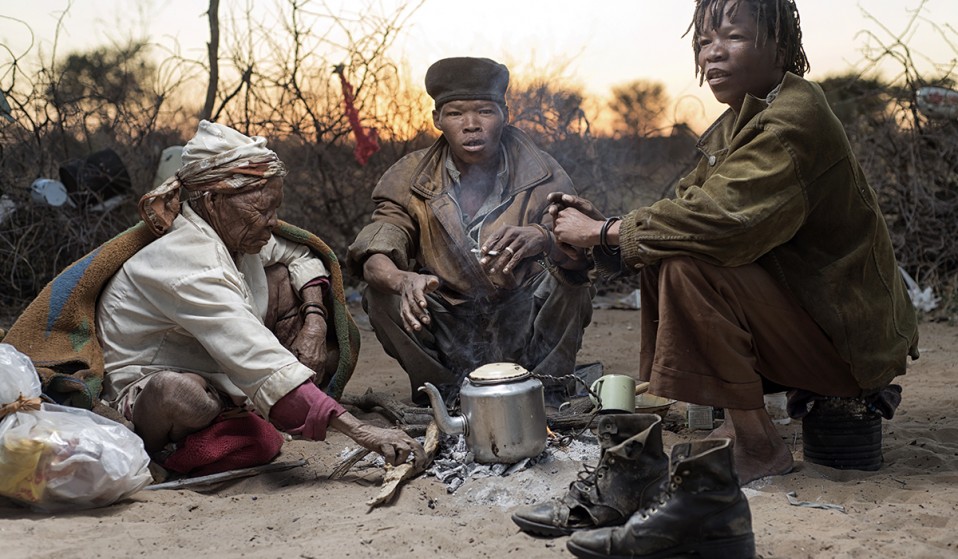 Letso Leipego captures the locals and landscapes of his native country for his ongoing photography project, Tell My Story.

Letso Leipego captures the locals and landscapes of his native country for his ongoing photography project, Tell My Story.

Shortly after independence in 1966, Botswana was ranked one of the poorest nations in Africa. Yet, over the past 50 years, the southern African nation has risen to become one of the world’s fastest growing economies with flourishing mining, cattle, and tourist industries.

One of the most sparsely populated nations on earth, Botswana is home to just two million people, most of whom live in the challenging environmental conditions of the semi-arid countryside. It’s here, in these remote corners of the nation, that photographer Letso Leipego journeys to create a series of portraits for a project he began in 2014 titled Tell My Story.

Hailing from the national capital of Gaborone, Leipego recognised a strong interest in the native Tswana culture from both tourists and social media. He then focused his energies on developing a series of portraits that reveal the majesty of the people, the dramatic beauty of the land, and the powerful synergy that occurs when they are in harmony together. 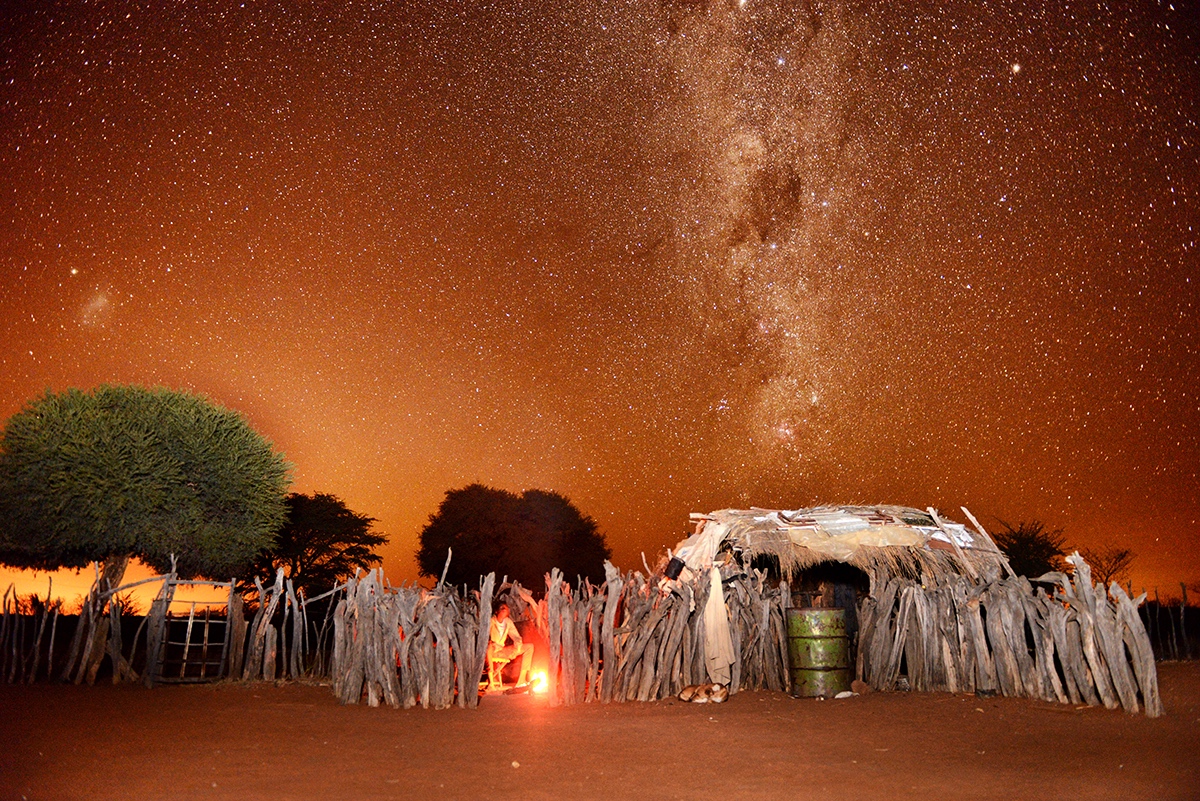 “Botswana is a country of different races and cultures, but what I admire most is the peace and tranquillity that reigns within the core of the country,” Leipego explains. “Respect and the spirit of charity is central to our belief system as a nation. Unity drives us to push each other to levels which we couldn’t have imagined before.”

“Despite the difficult challenges that the people endure daily, their spirit of solidarity and cultural communion makes them resilient and keeps them upbeat despite living and working in the harsh conditions of the desert. They mostly live in small groups and heavily rely on each for survival, hence their bonds are stronger.”

To create these portraits, Leipego travels to distant villages where life is quiet and slow, where distractions are minimal so that he can connect deeply with the people he photographs. “Finding the right subjects for my pictures can sometimes be demanding because I need subjects with strong features to call attention to things that the observer tends to overlook in order to better understand their hidden qualities,” he explains. 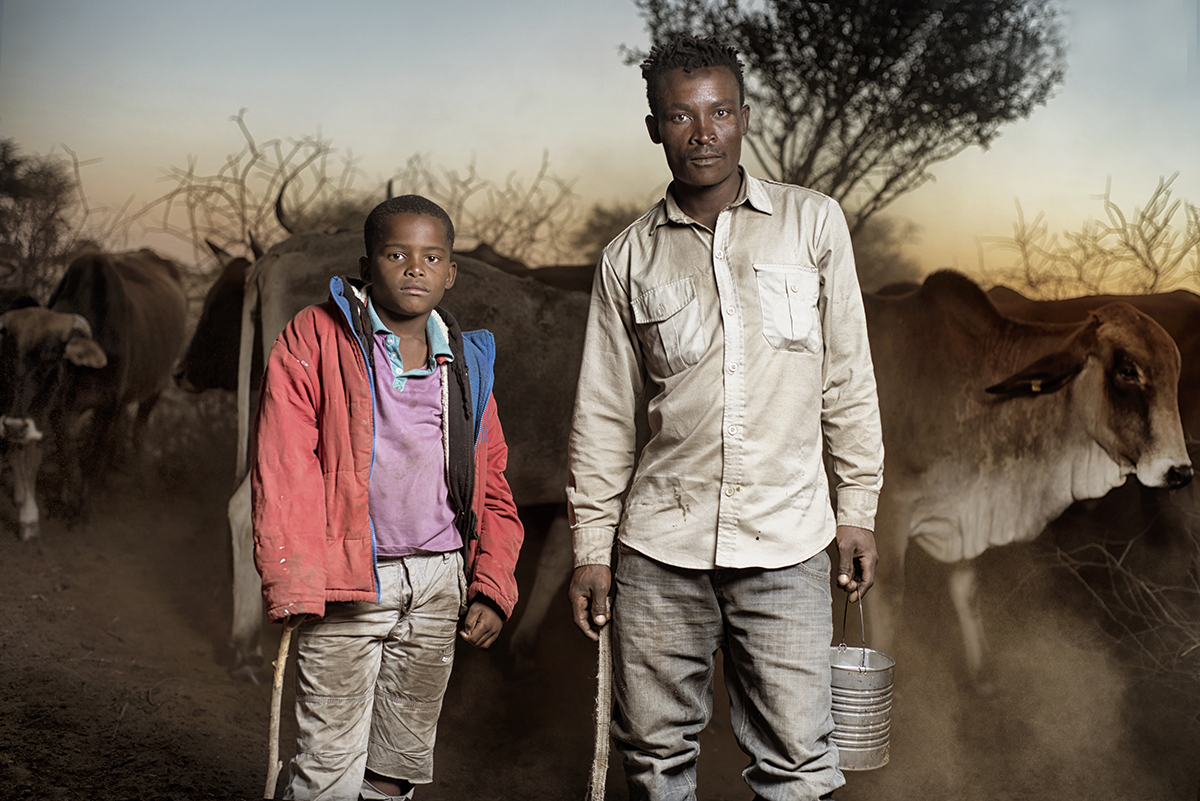 Leipego works slowly, investigating his surroundings and building strong connections to the people he takes their portrait, searching for the moments that will capture the intense beauty and emotion of the silent grandeur of the people living as one in nature.

“I make art because I feel there is a huge space in my heart; I want my inner voice to be heard because I believe everyone has a story to tell,” he says. “I listen to and interpret people’s stories through my lens, feedback from subjects themselves, as well as from those who saw the photographs for the first time. Most of them have never had a photographer taking pictures of them in vulnerable moments, so it is always a privilege to be the first one.”

“My photography stories emphasise on giving people an identity. I want my path to be in keeping with my tradition because most of our African stories have never been told and they deserve to be told, because it is important for us and the younger generation to understand where we coming from and where we are going.” 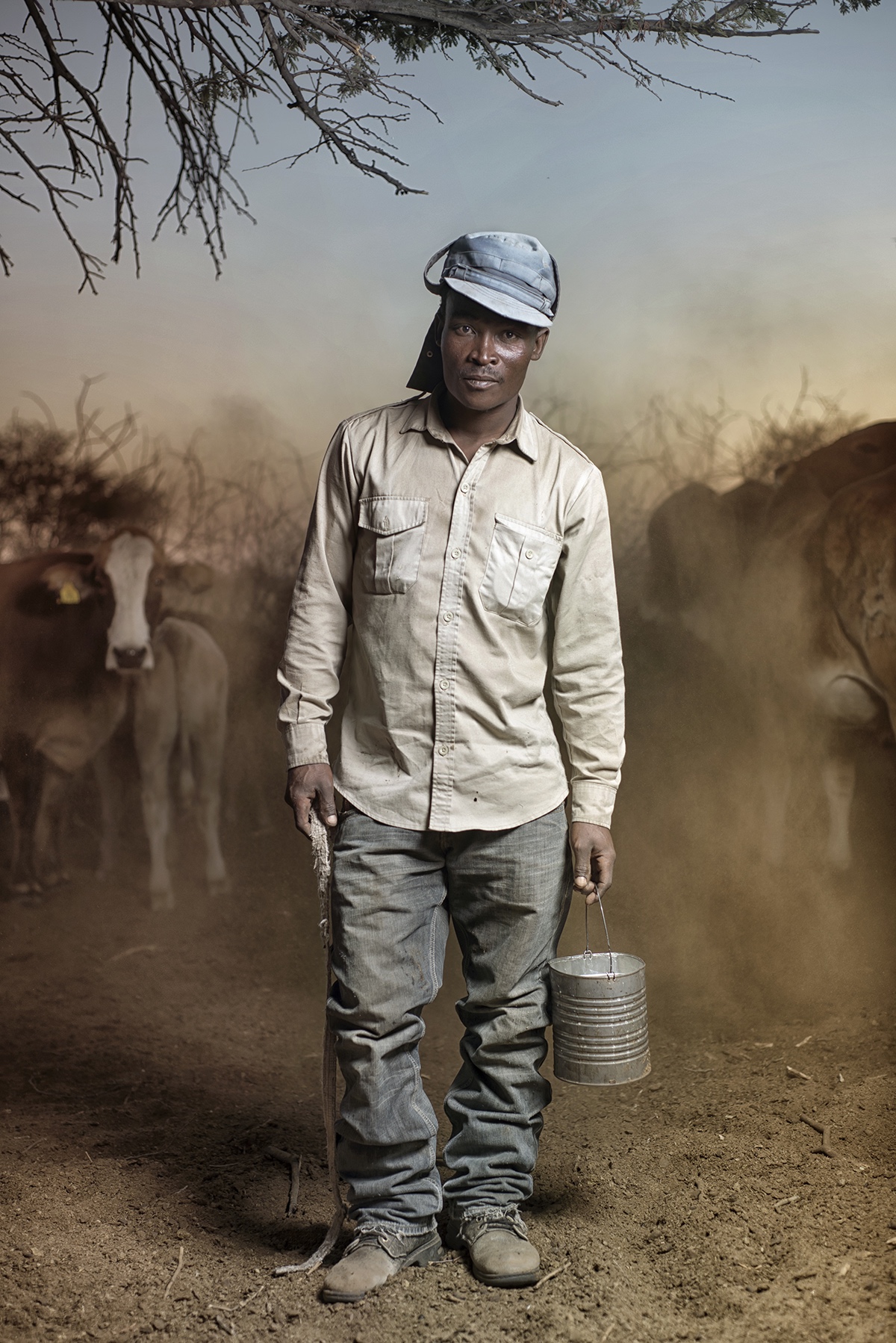 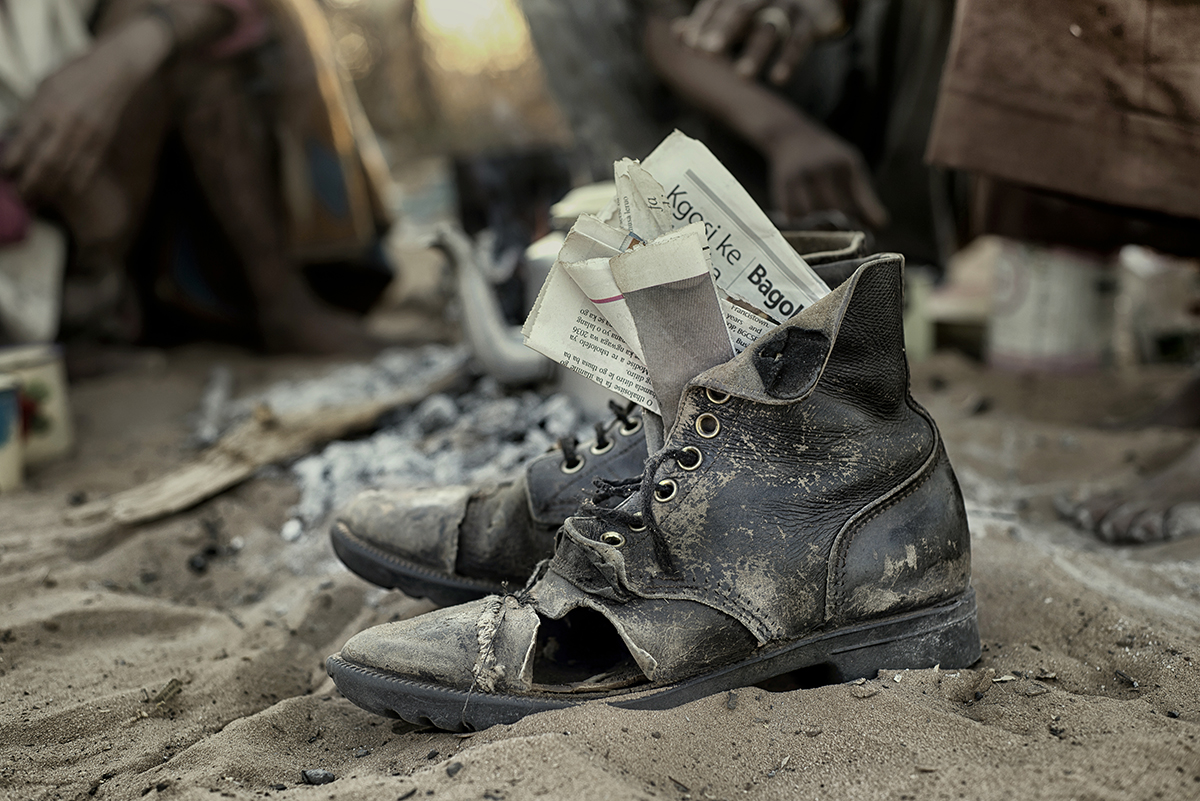 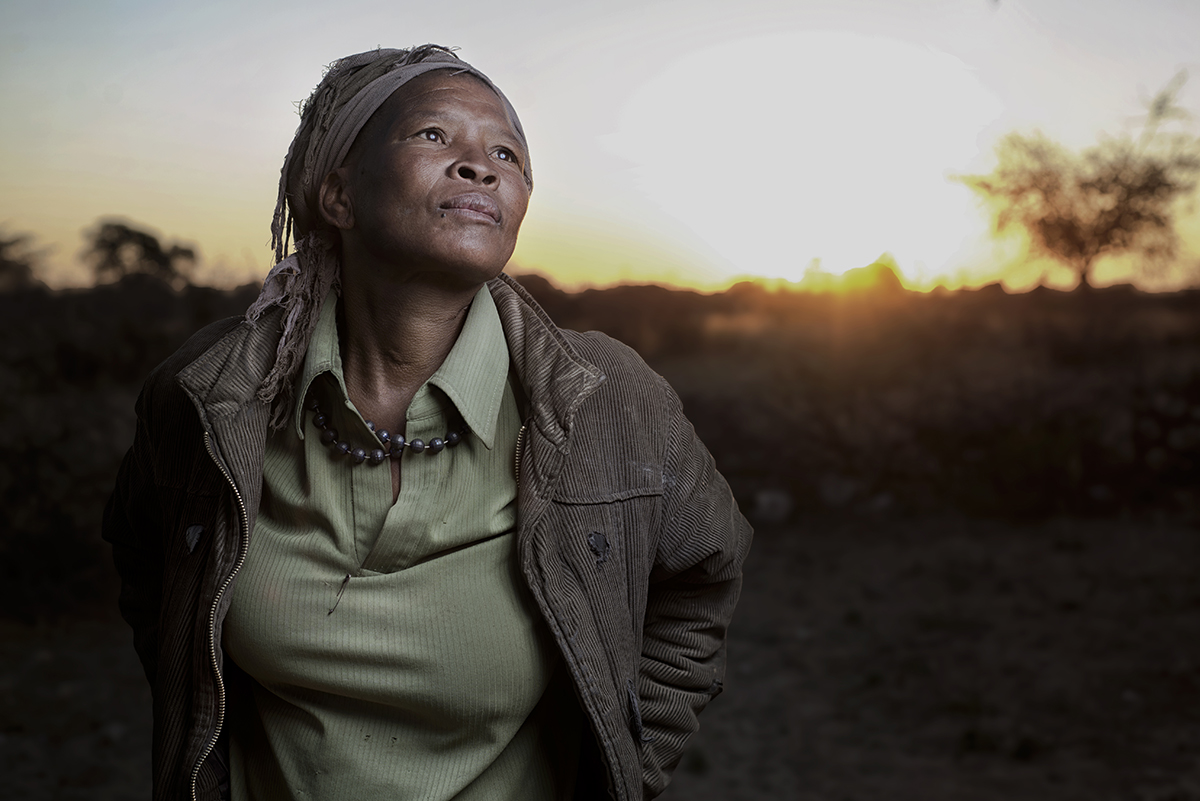 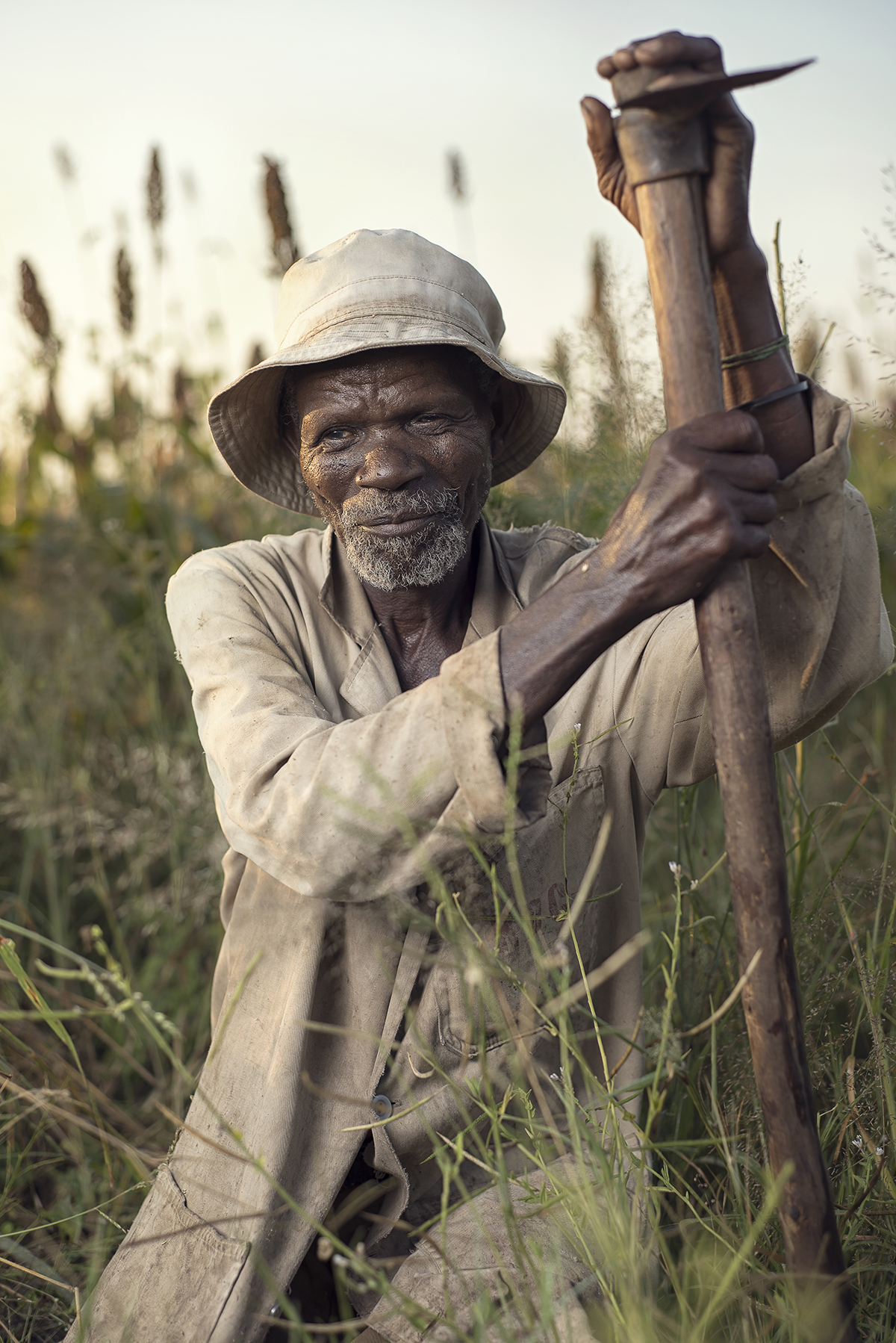 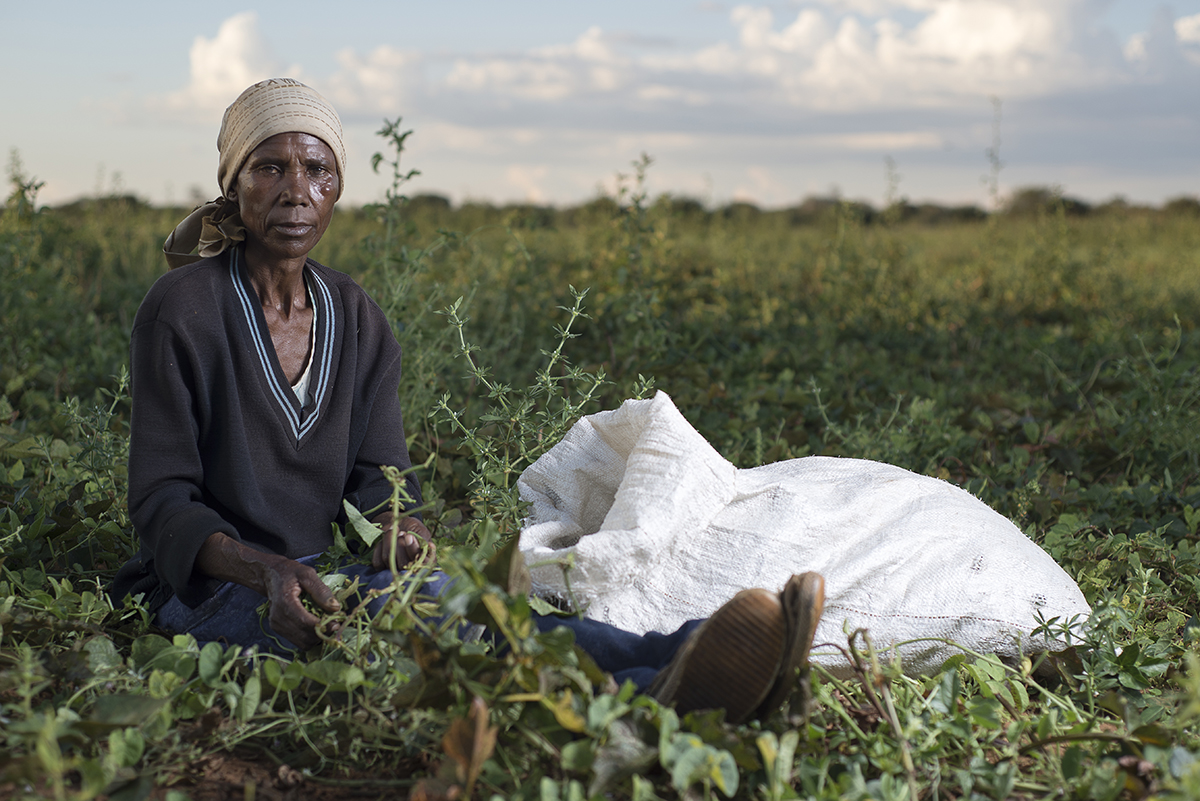 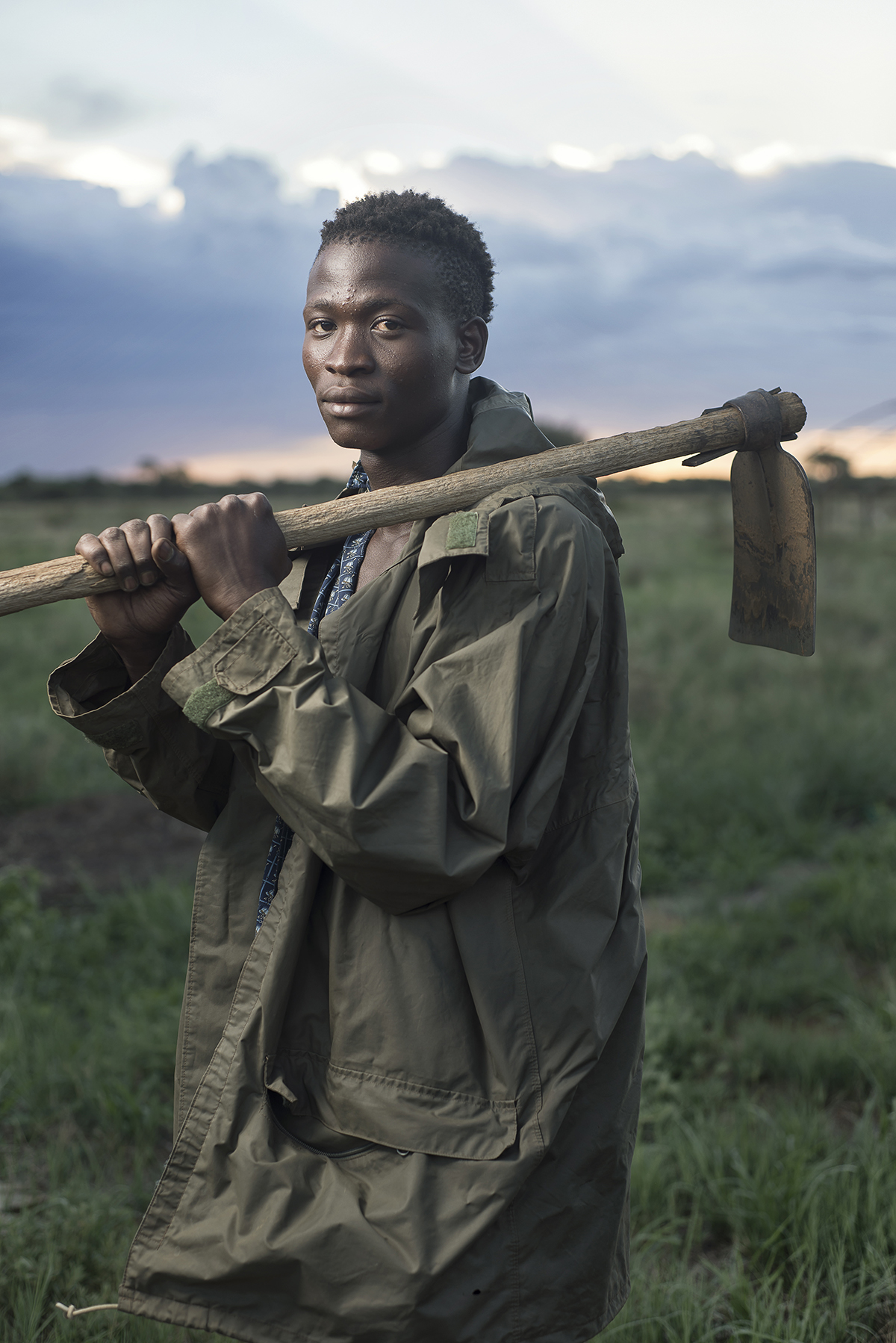 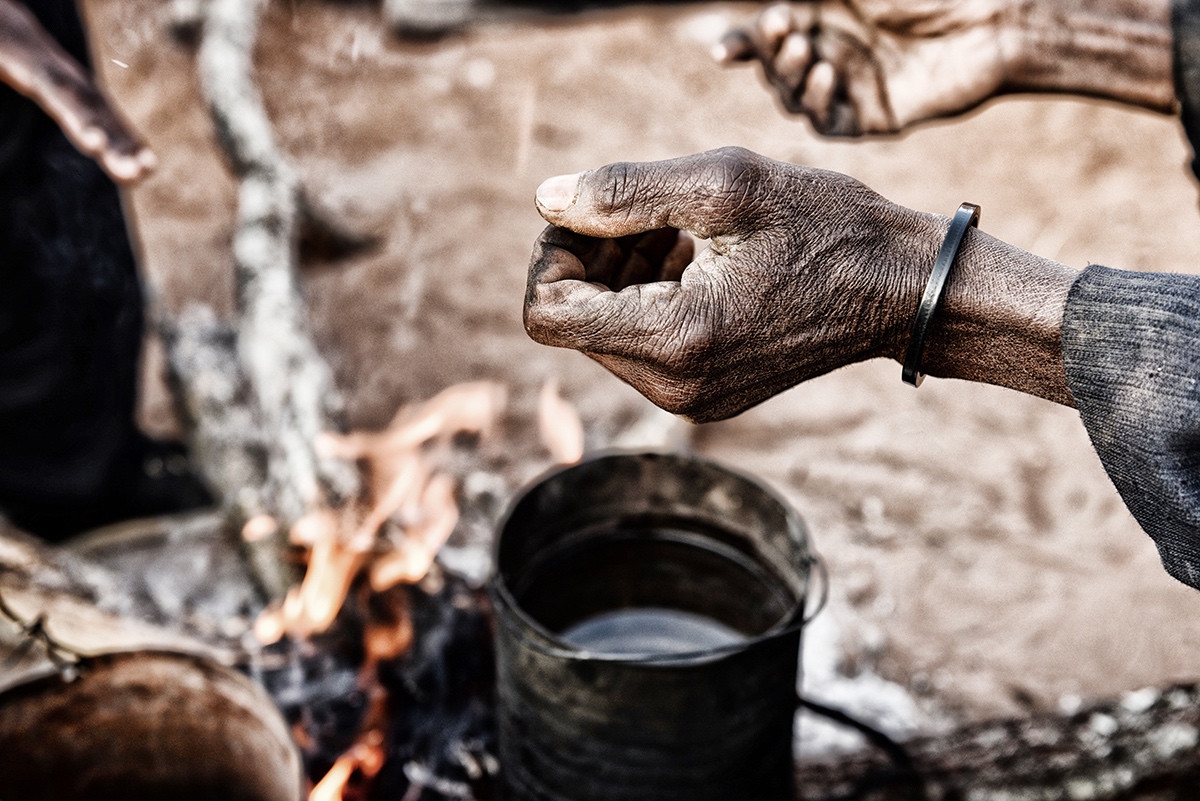 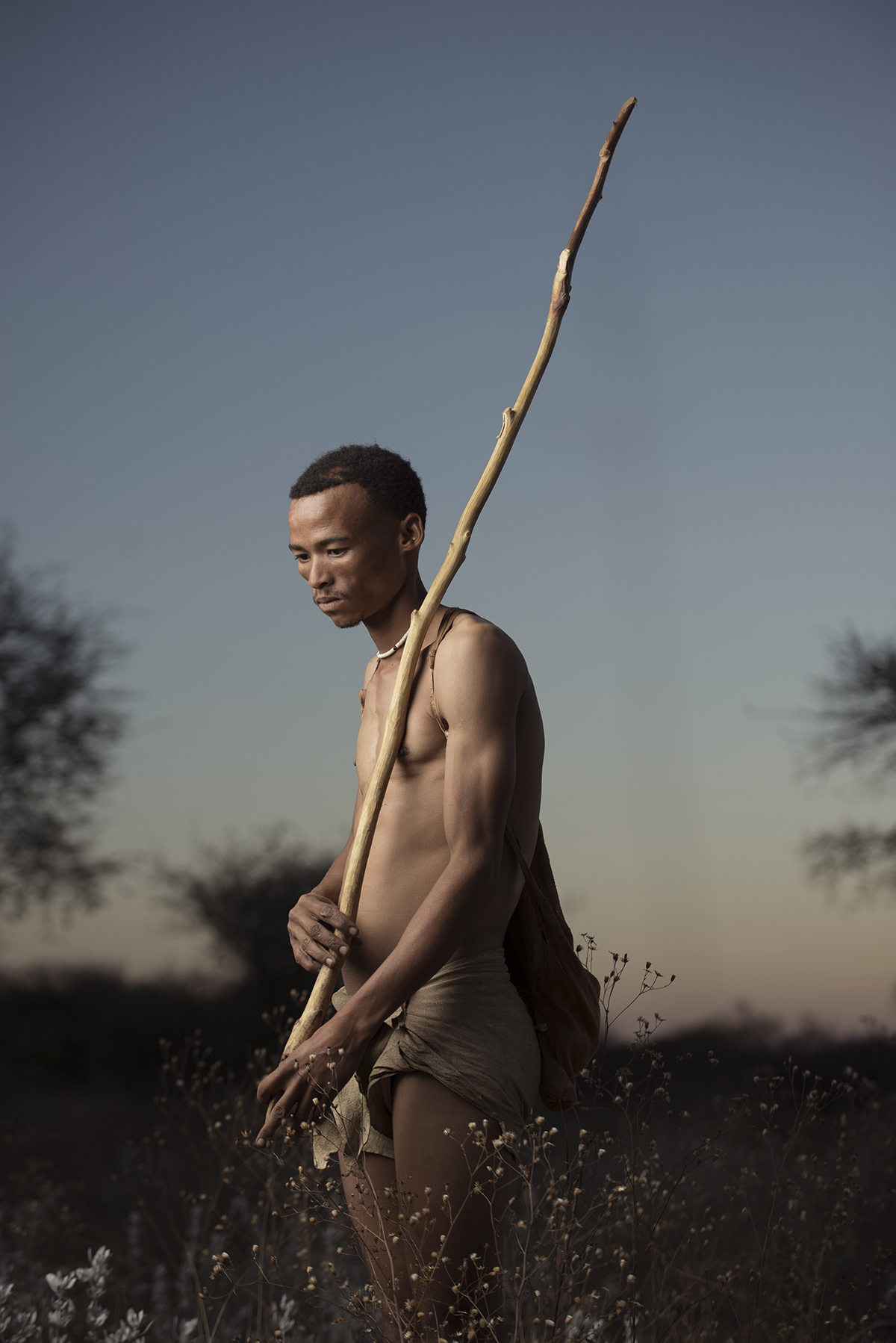 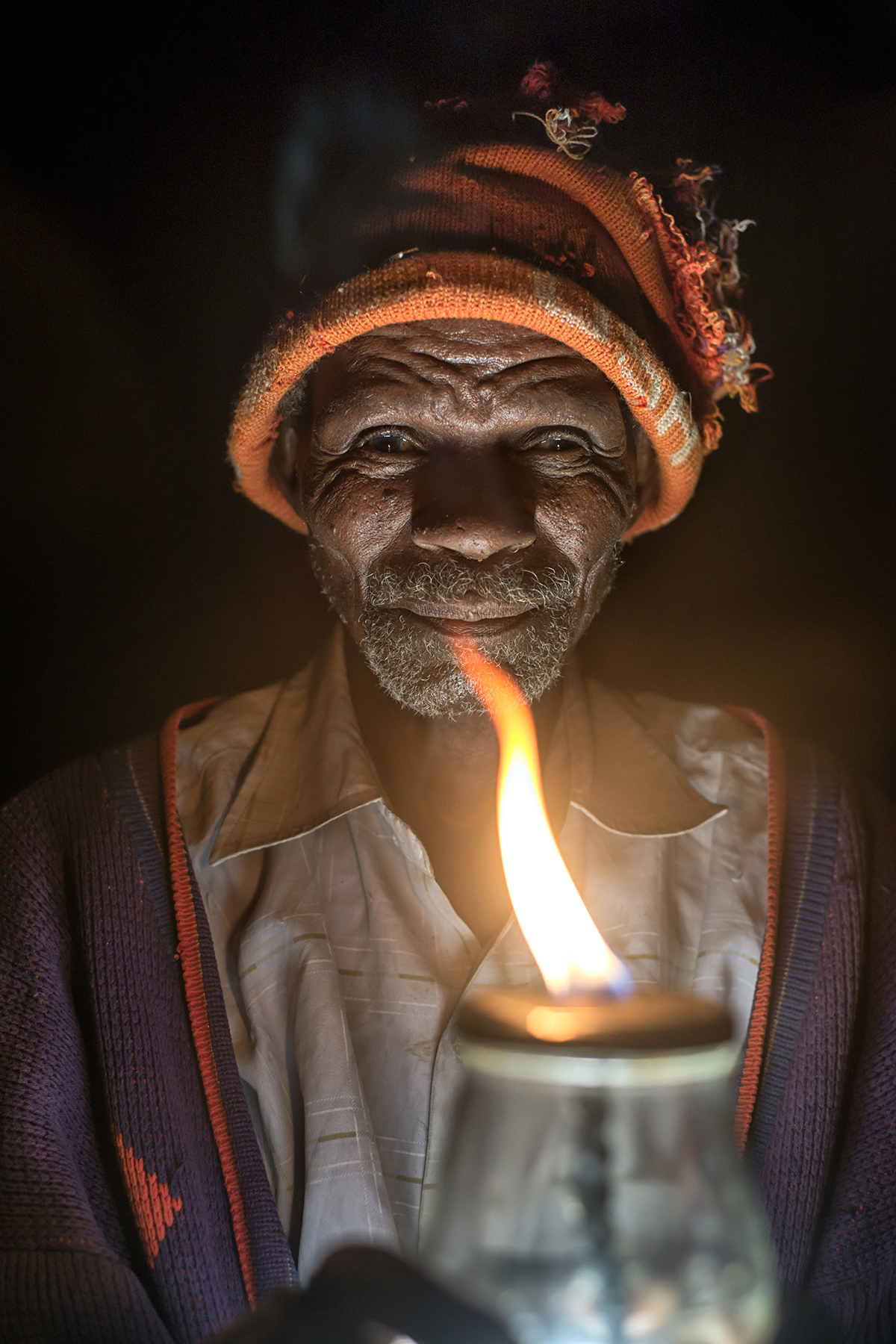 See more of Letso Leipego’s work on his official website.

Linkedin
RELATED ARTICLES
OTHER ARTICLES
From the chip shops, to the bingo parlors and burlesque dancers, photographer Mike Coles remembers capturing scenes of holidaymakers by the English coast.
Yesterday, rail workers came together to protest poor pay, working conditions and job cuts in their latest round of strikes.
After rewriting the indie rulebook with her devastating songs about romantic longing, the singer-songwriter is now imagining a future in which the artist is no longer a product.
The author discusses her new memoir, which offers a sobering reflection on the racism and otherness she’s experienced along with a joyful celebration of her culinary heritage.
With the UK now set to run out of vaccines, people working in the sex industry – particularly outside of major cities – have been left especially vulnerable, reports Brit Dawson.
Students are being left to languish in unsafe housing, in some cases leading to serious health complications.