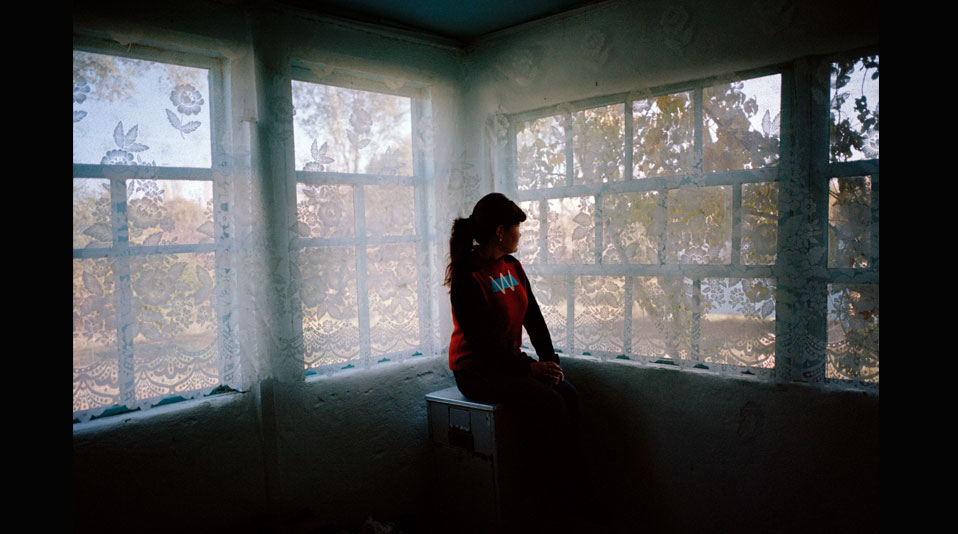 A beautiful portrait that requires the viewer to read between the lines.

A beautiful portrait that requires the viewer to read between the lines.

Third up is sensitive photojournalist Jackie Dewe Mathews whose insightful work often shows marginalised people in a new light. For Huck, Jackie has shot people in prison for a story about rehabilitation, and in her personal work she travels all over the world – from Tasmania and Kyrgyzstan to Brazil and Tanzania – embedding herself with people on the ground to steadfastly tell the story from within.

“This is a portrait of a young girl that I took in Kyrgyzstan as part of a story on bride kidnapping. She had been kidnapped by a boy on the recommendation of her teacher who told him she was smart and pretty but from a poor family, so unlikely to put up a fight. She escaped her ordeal because her aunt, a human rights worker, tracked her down and rescued her herself – having received no help at the police station, only laughter. This required some bravery as she found her niece surrounded by men drinking vodka, several of who were members of the police, and loaves of bread across the doorway, which, according to locally held beliefs, is a powerful deterrent to stay away from the house.

The girl wanted to testify against her kidnapper but received threatening phone calls urging her not to proceed. Because the potential scandal of a case would have ruined her family’s reputation and her prospects for any future marriage, she backed down.

I was in contact with the girl’s aunt as she was helping me find girls who had been kidnapped. She told me the story about her niece but was unsure if she would be willing to be photographed. It took a few days of persuasion for her to agree to meet me.

I often have to photograph people in vulnerable situations and I am constantly amazed and honoured by the trust they give me, especially those like this girl whose trust had been betrayed before. The slightest exposure or angle change would have revealed the girl’s identity.

I love this picture because the delicate lace curtains are a perfect metaphor for the invisible prison that honour and superstition hold over these women’s lives. And through them you can just see the beautiful autumnal leaves that were such a dominant feature of that trip.”