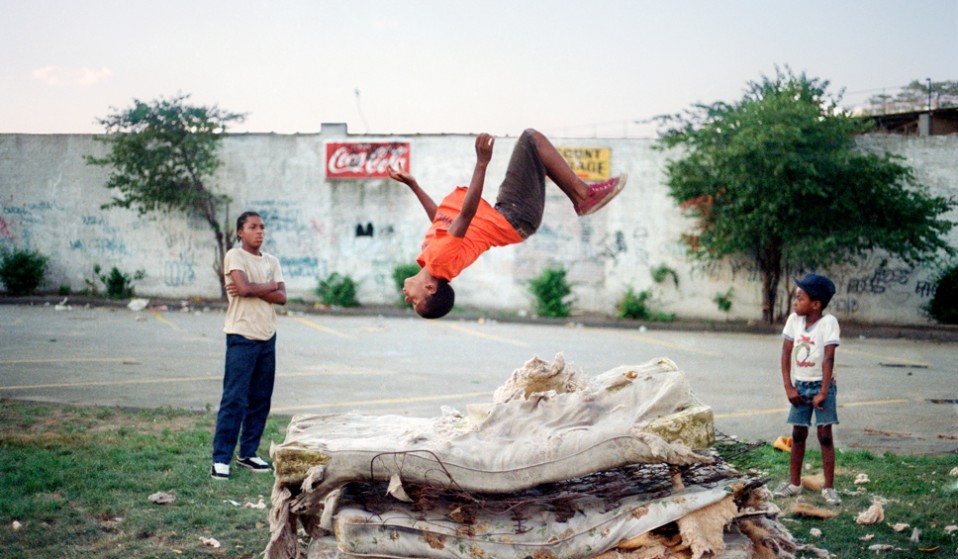 Jamel Shabazz has spent his life documenting the city that never sleeps. But while his shots of urban street style have become iconic, the bigger picture reveals something much deeper: a commitment to community.

Jamel Shabazz has spent his life documenting the city that never sleeps. But while his shots of urban street style have become iconic, the bigger picture – a world of police and prostitutes, drifters and dancers – reveals something much deeper: a commitment to community.

It’s early morning in Rikers Island jail and a young corrections officer named Jamel Shabazz has just begun his first inspection. The residential wing is so hot that the stench of stale cigarettes and dead rodents hangs heavily.

There is a line of 30 units on both sides of the corridor, each one of them holding a juvenile inmate who may have trashed his cell, retreated to a corner or hung himself with a bed sheet.

“To make a physical count, you have to make sure a body is in each cell,” Jamel explains. And there is an abundance of bodies. 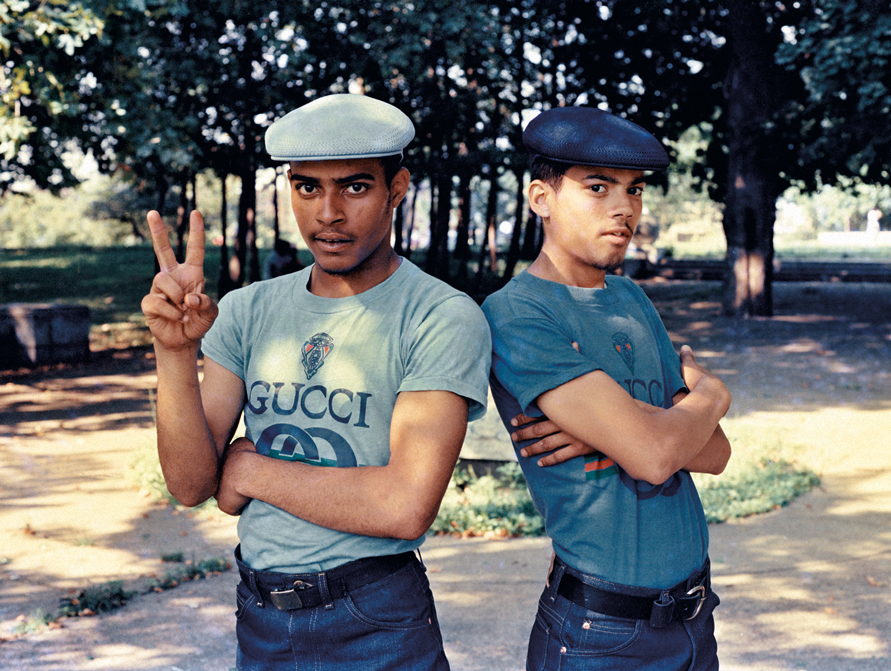 It’s the mid-1980s and a crack epidemic is sweeping through New York City, generating a wave of violence that’s carrying thousands of young black men into the city’s prisons and morgues.

“It felt like being in a lifeboat watching a sinking ship and you can only help so many people,” says Jamel, thinking back to that time.

“But it didn’t stop me from going to work every single day looking for someone to connect with and provide direction to.”

Working in prison made Jamel’s mission clear to him: he became determined to steer young men away from ruining their lives, feeding a vicious cycle of regret. And it didn’t take long for him to realise how he’d do that. 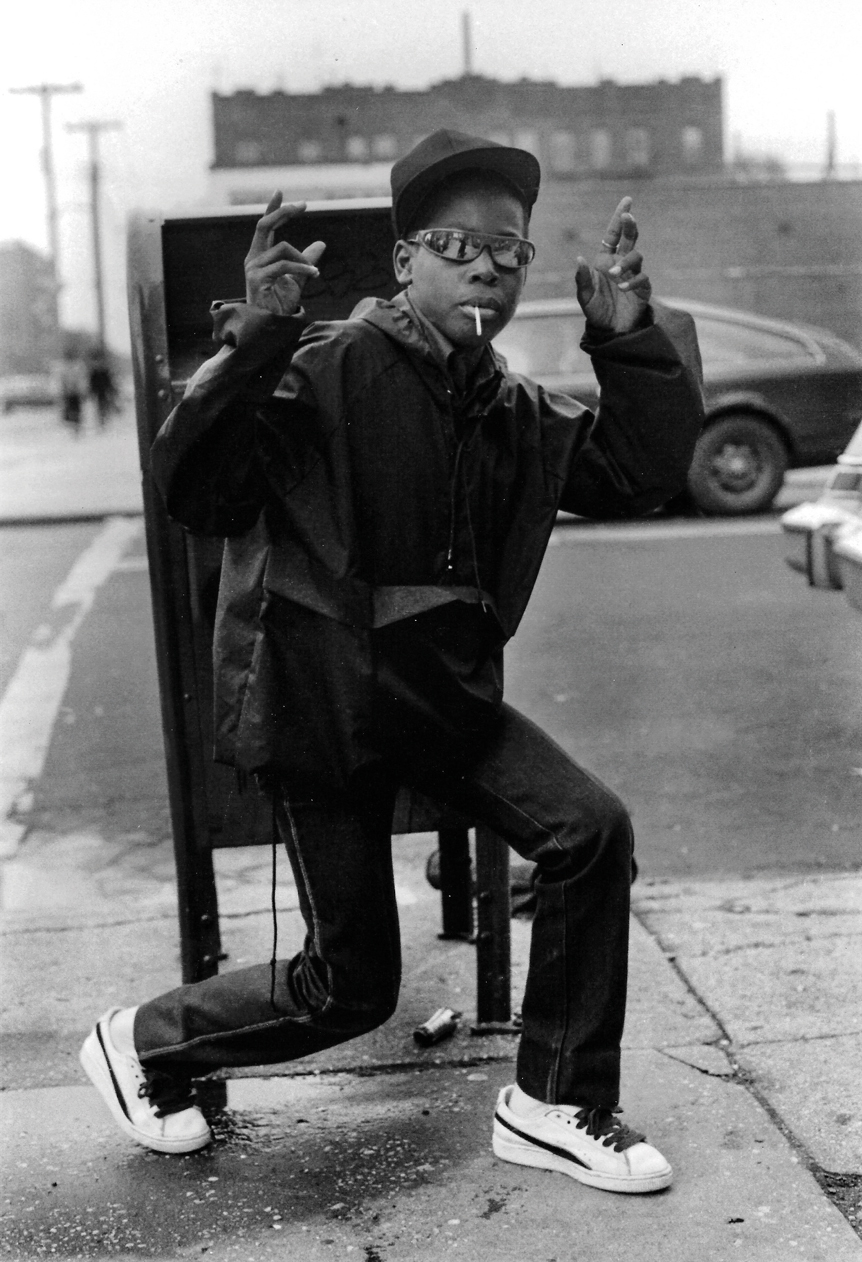 Think of old-school hip hop and, chances are, you will conjure up one of Jamel Shabazz’s unforgettable portraits. Jamel came of age during the birth of rap in mid-70s New York. He remembers block parties in Coffey Park, Brooklyn, where a group of DJs and MCs would “hot-wire” the electricity supply of a lamppost to keep the party going long into the night.

His photobook Back in the Days immortalises the b-boys, boomboxes and big hair of 1980s New York City in one cornerstone document. But the purpose behind these images has often gone overlooked.

“I don’t get caught up on the fashion,” he says. “My photographs have always been about the personal connections I make in my attempt to communicate what’s going on in the streets.” 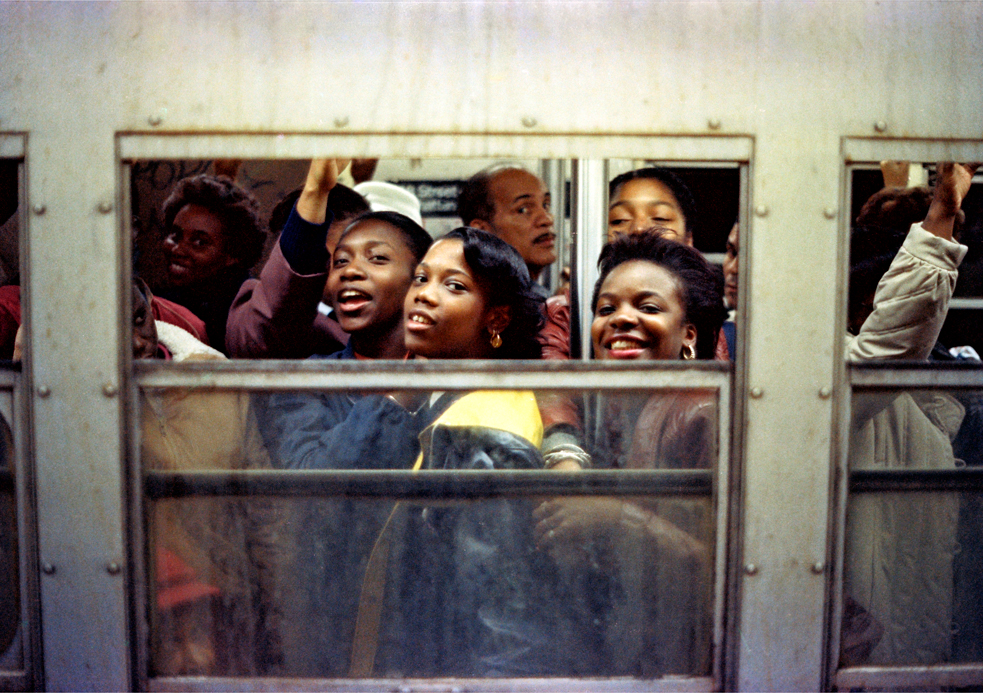 Jamel’s new book, Sights in the City, aims to redress that balance by showcasing his street photography in one place for the first time. It spans the duration of his career and illuminates the complex city that has defined his life.

Growing up in the Red Hook area of Brooklyn, Jamel discovered photography through his father, a naval combat photographer who taught him to carry a loaded camera at all times.

Initially borrowing his mother’s cheap Kodak, the 15-year-old began directing groups of his friends into poses and developing a signature style. But it wasn’t until serving in the military a few years later that Jamel recognised the medium’s potential. 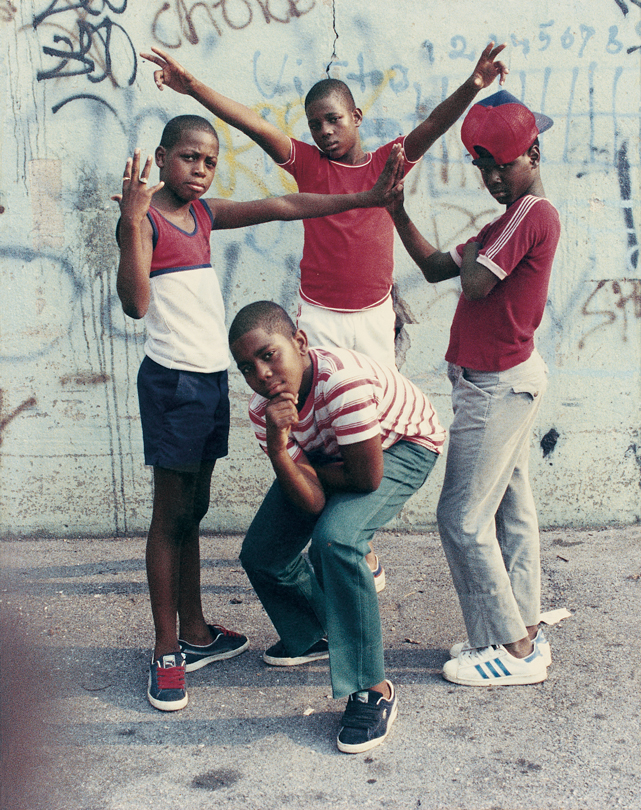 “Being stationed overseas taught me the importance of having memory,” he says. “I was away for three years and I missed so much about New York.

“I really cherished those photographs I had with me and I studied them intensely: the clothes, the poses, the locations. I promised myself that when I returned to the States, I would never be without memory. I would do whatever I could to preserve it.”

Jamel was discharged in 1980, at the age of 20, and returned to a changed city. New York had long been in decline: its economy was faltering, its buildings were crumbling and its booming drug problem exacerbated gang conflict.

But the vibrant sense of togetherness Jamel cherished growing up – epitomised by those block parties that nurtured hip hop – was now being torn away.

After taking every public service exam in New York, the young photographer got a chance to witness the scale of that destruction first-hand when he got a job as a correctional officer in 1983. 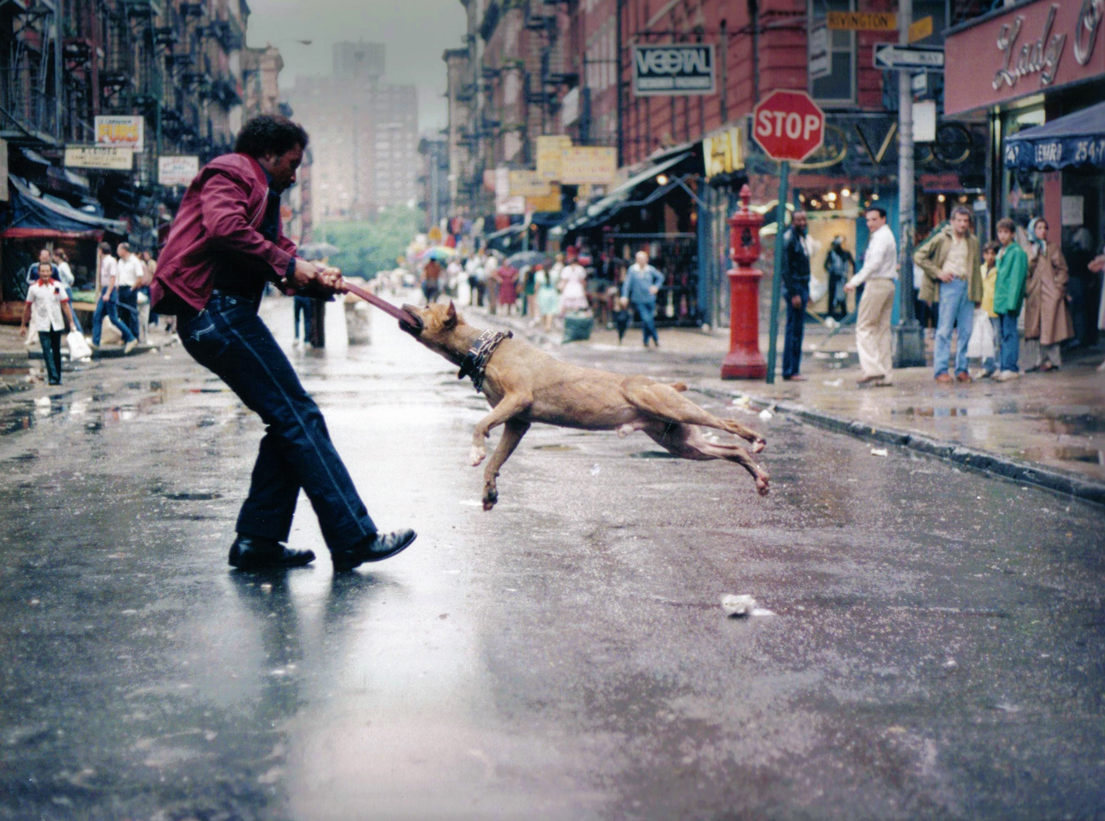 “There was a war on my community,” says Jamel. “In seeing its impact up close, I felt an urgent need to sound the alarm to an ever-growing crisis destroying the very fabric of communities of colour.

“Every day gave me a life lesson, provoking my activism – as a photographer, youth worker and socially conscious African-American – for many years. I used that job as a bridge to connect with young people, which propelled me to go deeper into the streets.”

If Jamel Shabazz took your photograph, you would remember it. Always immaculately dressed, he strides towards potential subjects and draws them in with his assuredness, often speaking for over 10 minutes before even reaching for the camera.

“I let them know I see greatness in them,” he says proudly. Often he’d encounter prisoners who remembered him from the streets of Harlem or Brooklyn; other times he’d approach young men on stoops or basketball courts whom he recognised from their time behind bars. 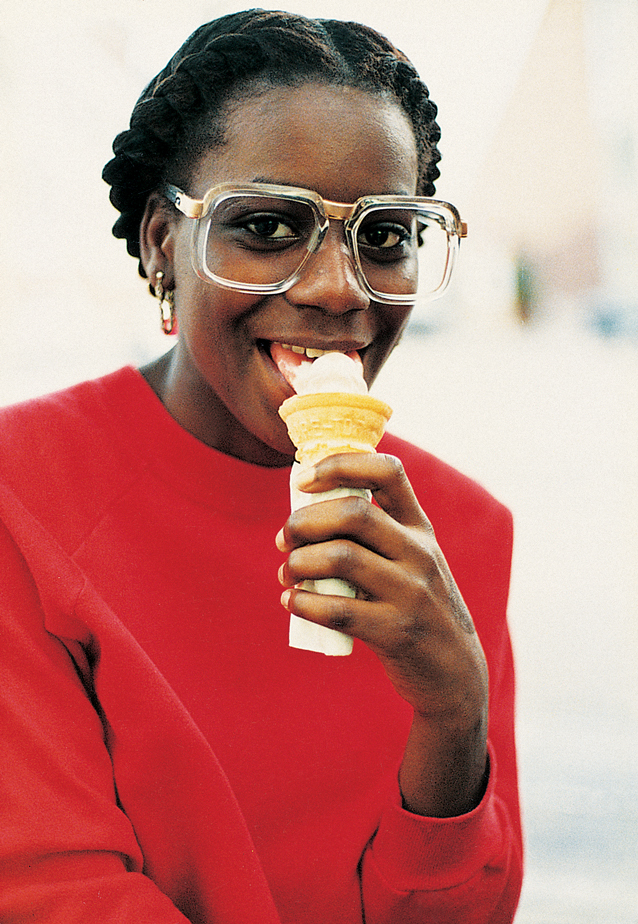 Inspired by the switched-on commentary of artists like Marvin Gaye and Gil Scott-Heron, Jamel wanted to capture the inherent dignity of those struggling to make a living. Over time, that role began to feel like a duty – a strategy of resistance in a country where black lives don’t matter.

“A lot has been lost,” says Jamel. “What I am seeing reminds me of the Ronald Reagan era. His campaign slogan was also to ‘make America great again’, but then came the war on drugs and mass incarceration of people of colour. So for many from my generation, what is happening in America today is a continuation of what he put in motion. The ship continues to sink deeper.”

Although Jamel’s mission remains unchanged, he has decided to follow a different course: retiring from street photography to focus on preserving his archive. The time has come for another generation to take over, he says. 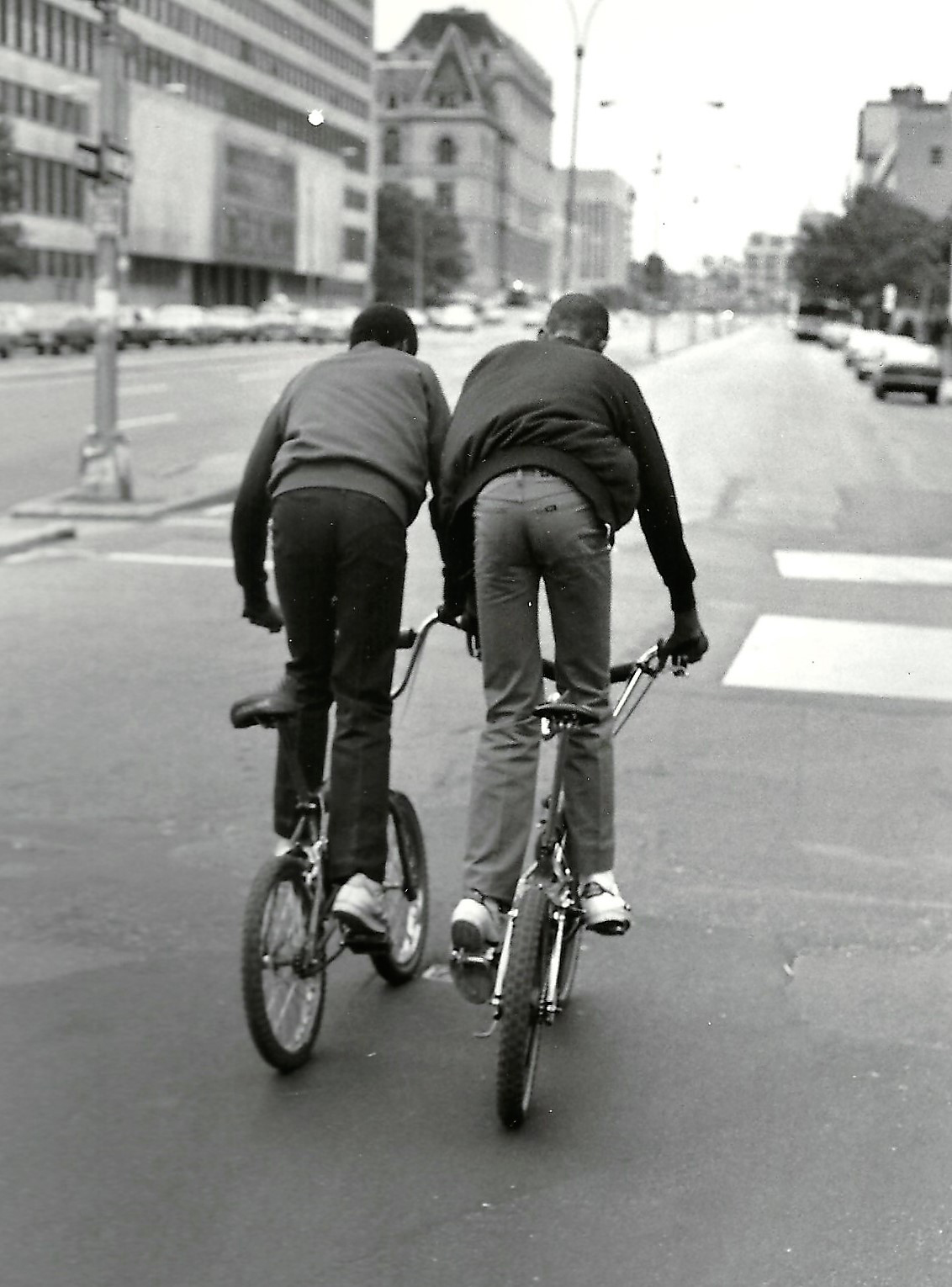 Given that younger talent can now reflect the streets in real time, instantly reaching people around the world, he’s confident that the values he inherited from photographers like Leonard Freed and James Van Der Zee will endure.

Piecing together Sights and the City, in fact, has helped Jamel realise the importance of maintaining that clear trajectory.

“My journey is all about manhood, masculinity and learning to find our way [as black men in America],” he says. “I want to have a legacy as a man who tried to make some good in this harsh, mean-spirited world.

“It’s time to share everything I’ve captured so that the history of my community is preserved – and I take great delight in knowing that’s what my purpose in life was.”

Sights and the City is published by Damiani Editions.

Linkedin
RELATED ARTICLES
OTHER ARTICLES
Photographer Becky Tyrell went down to the fading banger and stock raceway to meet a community desperate to keep it alive.
Following the release of his debut single, Deyaz talks battling addiction, dealing with his struggles through music, and building a budding music career from his living room.
A new podcast is opening up the conversation between trans women and trans amorous men in the hope of building coalitions.
Tristan O’Neill’s shots of dancers caught in moments of reverie at the height of rave’s golden age are a testament to the UK’s legendary club culture.
Since 2007, Gideon Mendel has made 20 trips to document floods in 13 countries. The result is an alarming record of what has already been lost to the climate emergency.
Activists and campaigners are fighting back against new laws that would seriously undermine the ability to take industrial action, calling it an attack on fundamental workers' rights.