The year’s most accessible photo-book has a ridiculously simple concept behind it: that you don't have to be an expert to spot a good image.

The year’s most accessible photo-book has a ridiculously simple concept behind it: that you don't have to be an expert to spot a good image.

For years, Jan von Holleben has been on a mission to make incredible photography accessible to children.

Frustrated that publishing editors wanted no part of that vision, he found himself trying to ram home the same message: that fun imagery not only helps you to learn more about the world, but about yourself too.

“Photography within the children’s books sector was quite popular in the ’60s and ’70s but then it disappeared – and I refused to accept that, so I started publishing myself,” says the 40-year-old.

“It took many years to convince editors to give me a platform for my ideas – and even then, my expectations were still too high.” 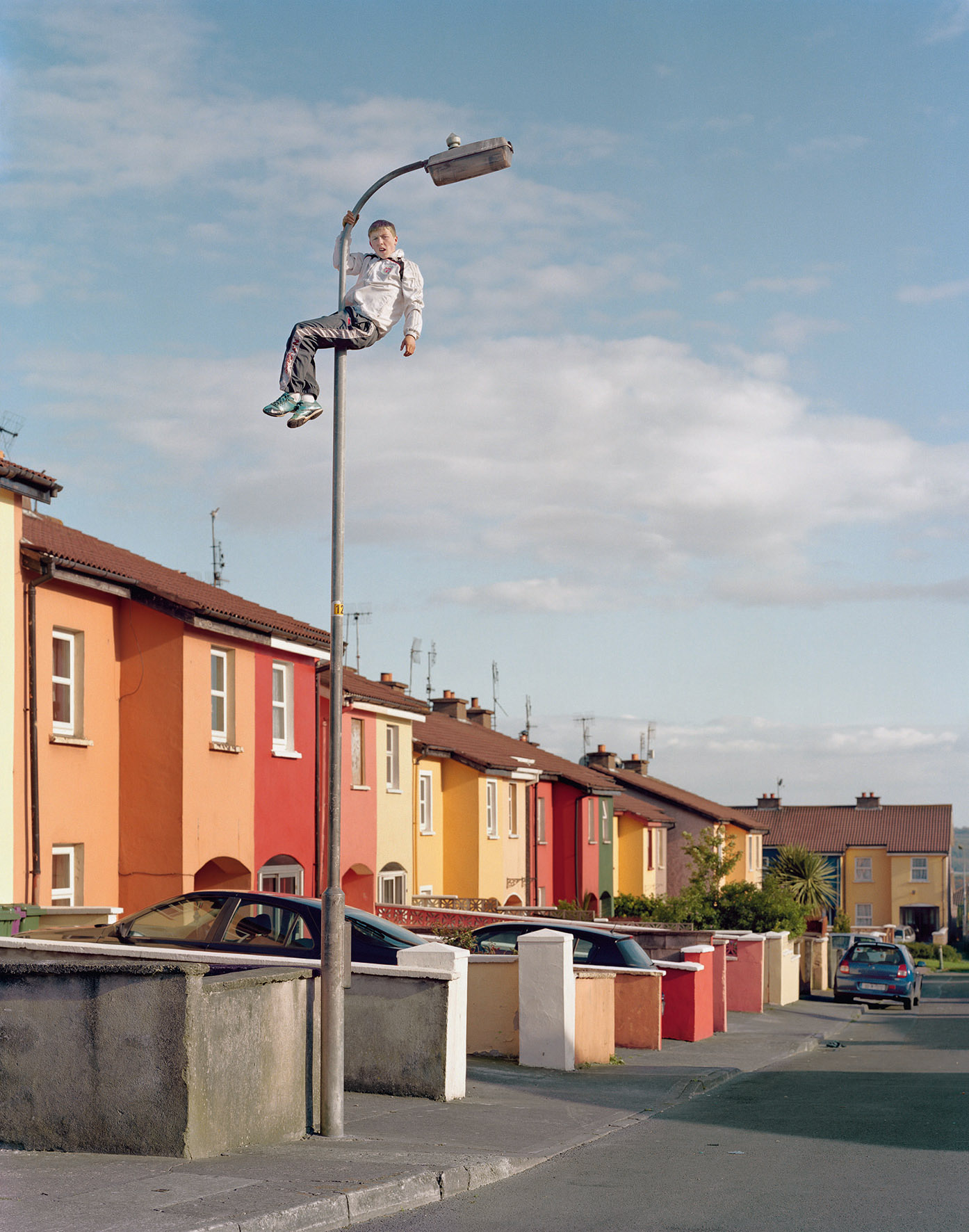 Jan grew up in the German countryside with a cinematographer for a father and a child therapist for a mother. At 13, his mum – someone who always emphasised the value of learning through ‘play’ – gave him a camera and his dad taught him how to use it.

“Taking pictures empowered me a great deal. The camera was a toy and a communication tool but also something that gave me a social status among my friends. I was the only one of us who could work a camera, which made me the documentarian of our friendships.”

Later on in life, after training in children’s education for children and then studying photographic history and theory, Jan decided to connect both sets of skills.

Testing out ideas with his neighbours’ kids on weekends, he developed a photo-book called Dreams of Flying – giving children the chance to act out their fantasies and control how they were photographed – which became an international success. 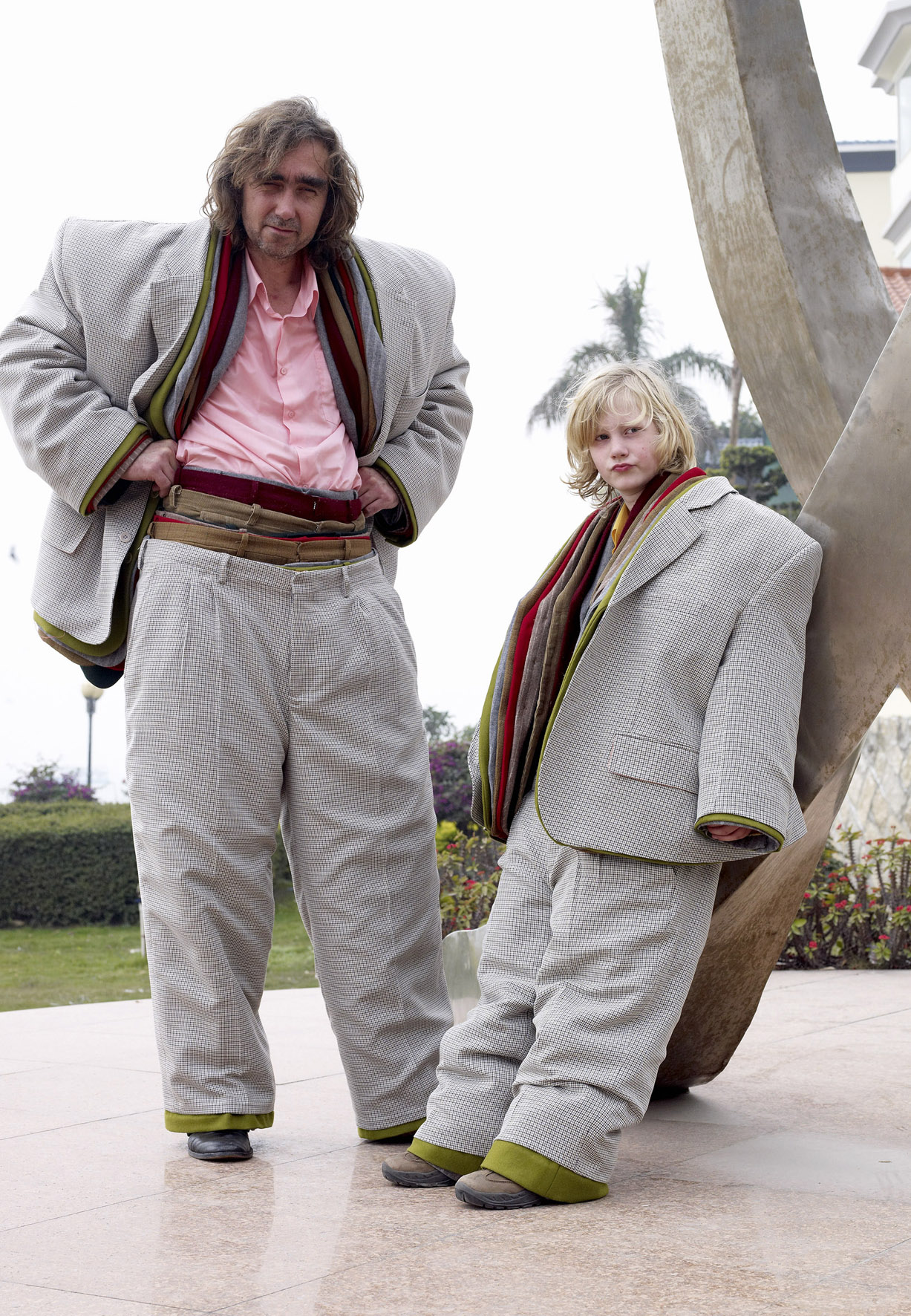 Overnight, it changed his career from directing and promoting photographers to becoming one himself. He then launched his own publishing house, Tarzipan, with his brother Marius, in order to make “exceptional and daring” photo-books for kids.

The first copies sold out quickly. Even still, Jan says, editor in children’s books were reluctant to try photography, assuming it would go over the head of their audience.

“I strongly believe that we underestimate kids culturally far too much. Working with them for more than 15 years has shown me that they can clearly collaborate on complex subject matters. Their visions and understandings differ from adults quite a bit but are no less more important.

“The biggest difference is that kids take an image at its face value. They don’t care at all about the photographer, their body of work or even their popularity. They just care about the quality of that very image.” 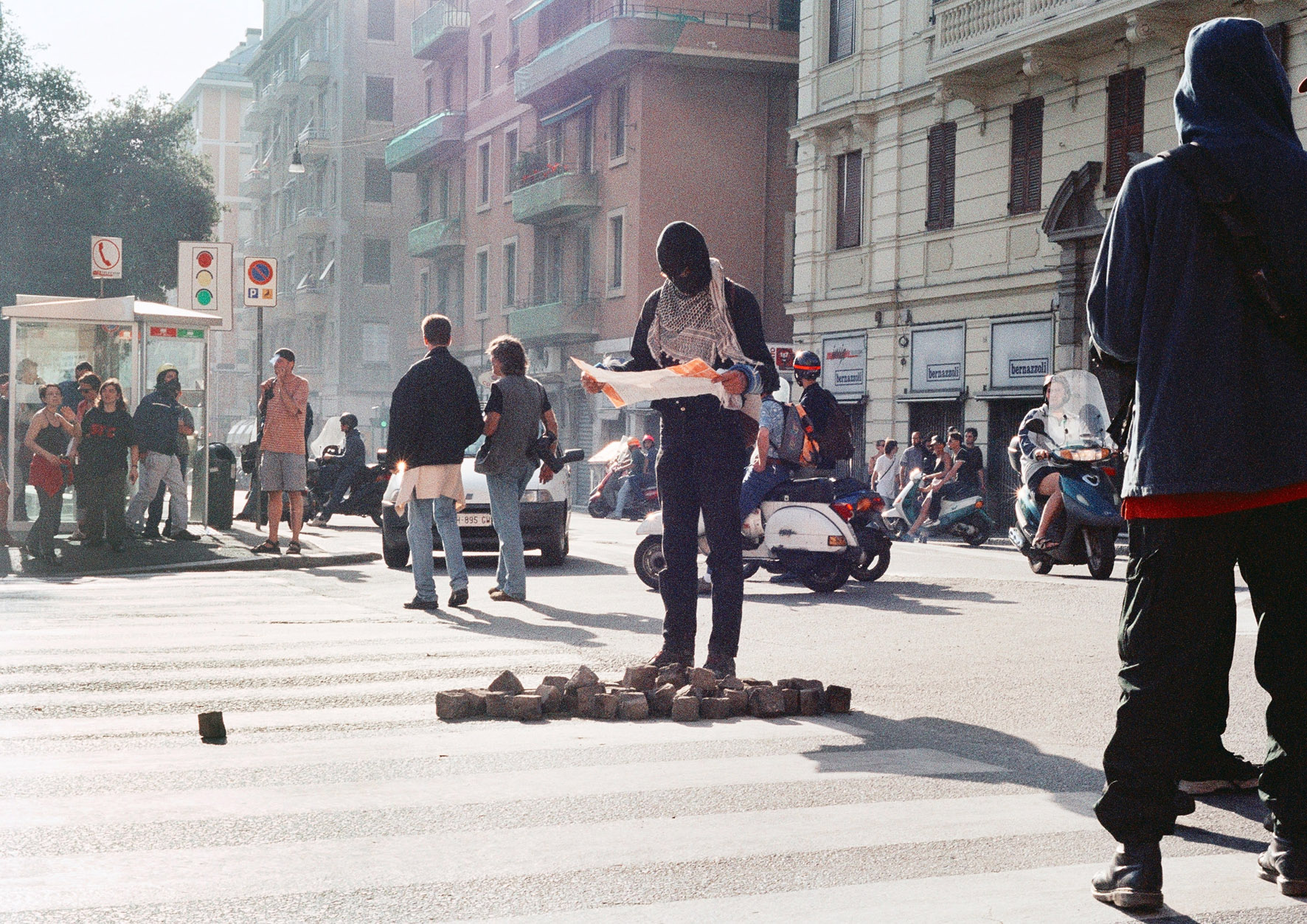 Jan put these principles into practice by developing ABC Photography, a book about the medium’s basic concepts, which is illustrated with images by Martin Parr, Wolfgang Tillmans, Nan Goldin, Alec Soth, Sebastiao Salgado and many more.

The biggest task, Jan explains, was finding amazing photographs that would captivate kids without being patronising or too simple.

So he gathered up all the images that helped him understand the magic of photography and paired them up with aspects of the medium that foster creativity or understanding.

Then Jan had to convince some big-name photographers to allow their work to be used in a novel way by a young publishing house. 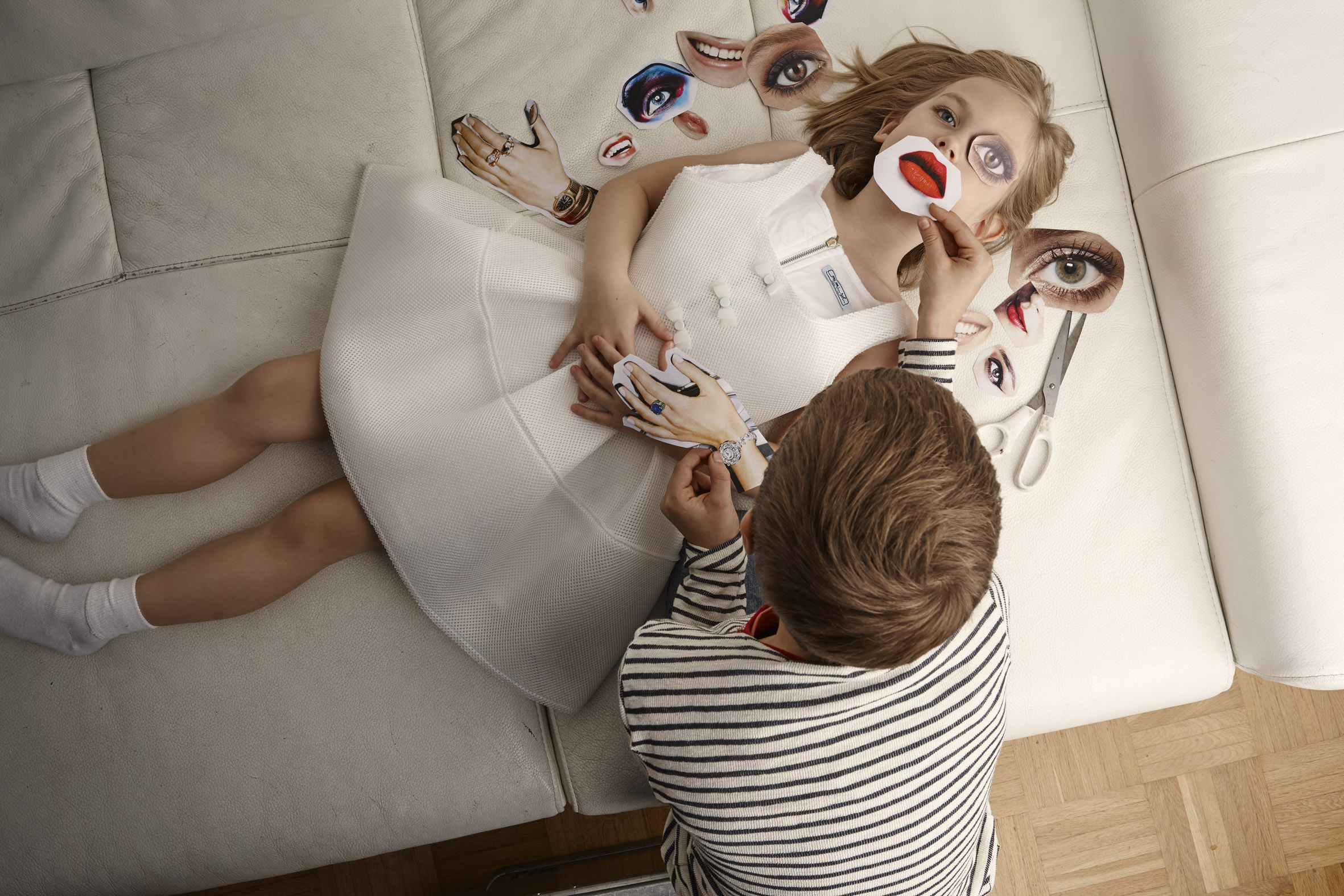 “Most of the time, it took me a lot of talking and writing; but sometimes it came quite easy. It opened my eyes again to what makes a successful photographer and what makes a difficult one.”

Jan approached Alec Soth at a book signing, explaining the concept and assuring him that all profits would go to charity. That’s all that needed to be said. It was the same with Wolfgang Tillmans and Martin Parr, he adds.

“Trying to get hold of Nan Goldin on the other hand, or even just one of her assistants, was a never-ending drama. There was even a little studio meltdown involved when she gathered that none of them had taken care of my request. That was obviously very flattering.”

That kids love the book came as no surprise. But what did astound Jan was that parents couldn’t get over their own children’s enjoyment of not just the book’s imagery, but the way it uses humour to get its message across.

Photographers, too, are starting to see that they can have a wider audience than previously realised. This is something Jan has known ever since a tutor urged him to have a bit of fun with his work. It’s given his work a basic structure ever since.

“When I studied photography in the UK, everybody produced very serious work around me – terribly serious. I was so tired of it. It was all so depressive and far too intellectual, emotional or political.

“My advice for others would be the same: play, play, play with photography and find out what is most exciting to you.

“Don’t limit yourself with categories or professional fields. If you produce work that makes you happy, it will make others happy – and you will be able to make a living from it.” 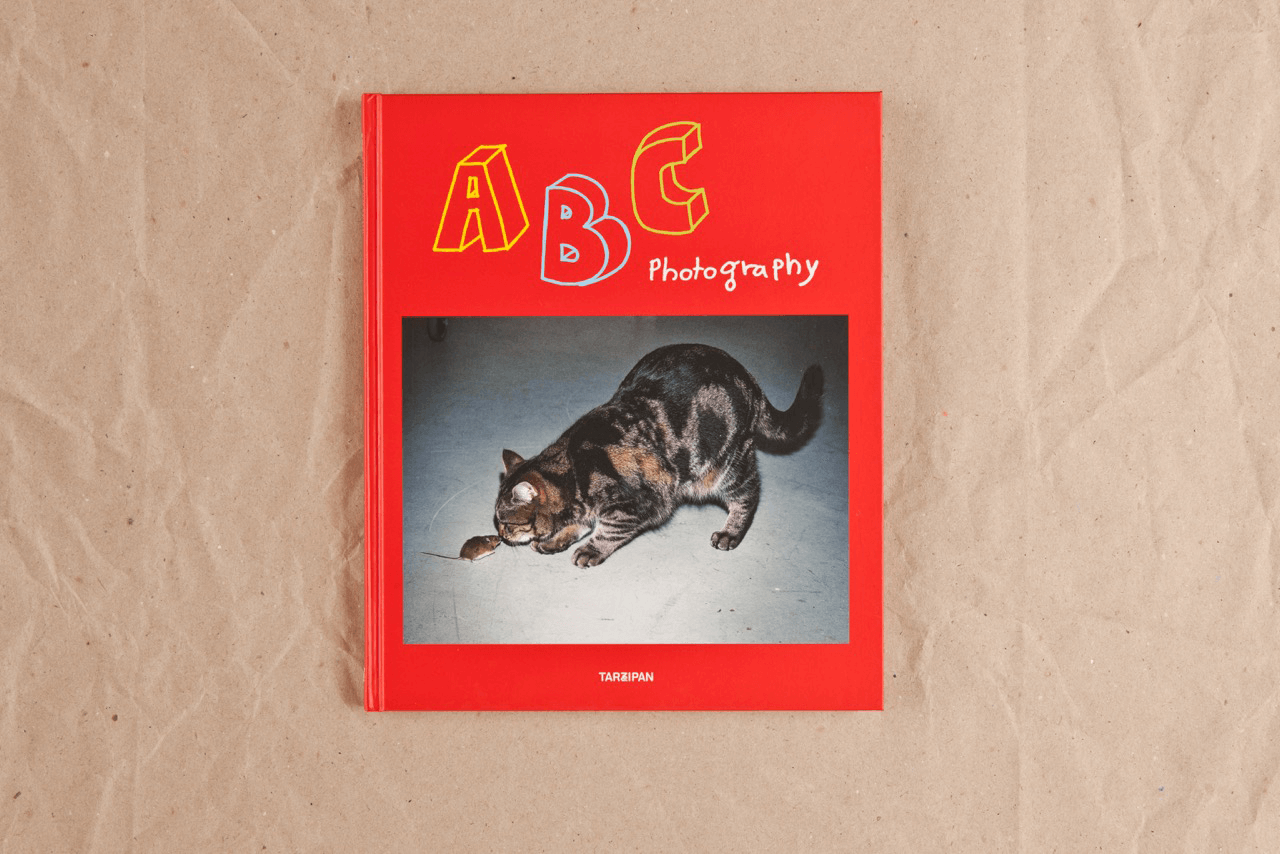 Order a copy of ABC Photography or check out Jan von Holleben’s portfolio.

Linkedin
RELATED ARTICLES
OTHER ARTICLES
The idea that a younger generation is abandoning work has become a popular narrative online, but it doesn’t necessarily reflect reality.
As the Scottish government announces a rent freeze, an activist with Living Rent who fought and won shares how they did it, and what must come next.
Rogue landlords are exploiting young and inexperienced renters and leaving them in mental and financial turmoil, reports Niall Hignett.
Financial turmoil is pushing people who work in the sex industry into more dangerous and desperate situations as a means of survival.
In his 2008 series, the photographer pictured himself as Angela Davis, Martin Luther King Jr., Malcolm X, and other prominent figures.
Ahead of the release of their first collaborative album, the producer and rapper talk psychedelics and the state of UK hip hop.