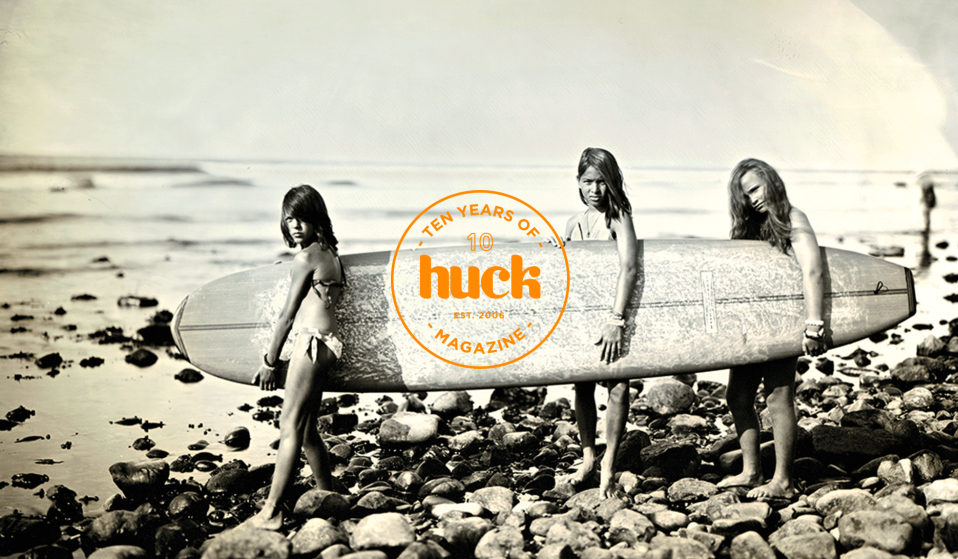 In 1893, the colonial governor and lauded amateur anthropologist Everard im Thurn presented his famous paper on the photographing of indigenous peoples to the Royal Anthropological Institute in London.  “My special concern,” he said, “is as to the use of the camera for the accurate record… of these folk regarded as living beings.”

Im Thurn and his ilk’s main concern was familiarising the exotic, finding a way for the rigid European imagination to come to terms with a being that was, on the surface, wholly different from them. One hundred and twenty years later, in an age of media saturation, photographers are faced with an inverse problem: everything feels familiar. From distant, un-contacted natives of the Amazon, to the most deviant sex acts – all kinds of images can accessed at the click of a mouse. Paradoxically, photographing people as living beings is as hard as ever. New York-bred photographer Joni Sternbach has, in a series of portraits of surfers entitled ‘Surfland’, found a way of addressing this problem: by combining a modern eye for the anthropological with technology of im Thurn’s age. “In a fantastical way, it’s almost as if I was a photographer in 1850 who has gone through the bush for two weeks looking for the lost tribe of surfing. I emerge from the undergrowth and come upon these people who seem fresh and raw and passionate and courageous, like they just evolved straight out of the sea from their fish state.”

Sternbach conjures her images through the collodion process, which she describes as “the Polaroid of yesteryear… one part photography, one part performance art, and one part three-ring circus.” Invented in England in the 1850s, it is a complicated procedure that involves immersing a metal or glass plate in subsequent baths of noxious chemicals in order to produce certain reactions that coalesce in a scant ten to fifteen minutes into an image that is almost palpable. No pixels here, kids.

“Digital is super sharp, in a way that is kind of irritating,” says Sternbach. “Collodion is hand-poured onto the plate, so it has a skin. In some photos you can see where the wind has blown on the plate as it was drying and the skin is visible. The image color and quality is creamy, a gorgeous, one of a kind object. If you hold it in your hand and look at it front to back, you can see there is depth in the surface, so in that sense holding the object gives you a sense of time and place and history. When I look at a digital print, I see something different, it might be gorgeous and smooth, but it’s on a piece of paper and is one of many.” That surfers came to be the subjects of this project was a happy accident. Sternbach is not a surfer, and was only vaguely aware of surfing photography before she began a project in the late nineties to photograph ocean-scapes. “Try to imagine this,” she recalls. “I’m on the bluff at Montauk with the ocean right below my feet. It turns out I’m at a surf break, although I didn’t realise it at the time. I would go out to shoot in all types of weather and sometimes there were people surfing. The funny thing was that I spent a couple of years whistling at them to get them out of the photos. Of course they didn’t move.”

Slowly, Sternbach began to incorporate the surfers into her shots. “The surfers appear rather small in the frame at first, but as I got more comfortable with them, I started to move in closer.” It wasn’t until two years into the project that she was leafing through a photography book and stumbled upon the canonical photo of an unnamed Hawaiian surfer at Diamond Head, circa 1890 – an image many deem to be the first photo of a surfer ever taken. “I couldn’t believe it,” she says, laughing.  “It was like a sign from above that I was following a tradition that I didn’t really have a concept of, but I was going in the right direction nonetheless. To this day, I consider that photograph a big influence on this project.” Just as im Thurn insisted on shooting his subjects in their quotidian surroundings surrounded by their personal accoutrements, Sternbach captures her surfers on the beach, with their boards, often just as they have left the water. They are a mélange of amateurs and professionals (famed surfing brothers the Malloys have been immortalised by Sternbach’s lens) but even dedicated surfing buffs often have to look twice to discern who is who.

Thanks to the combination of an outsider’s gaze – influenced by Robert Frank’s take on American culture and August Sander’s photographs of German society – and the texture and depth of the collodion process, the big-brand world of surfing hype has reconnected with its primordial side and found its way back to the source. “There really is an exoticism to surfers as they travel to all these incredible places in search of waves,” she says. “Surfing is one of the best subcultures that’s happened to the world in a long time.”

Find out more about Joni Sternbach.

This article originally appeared in Huck 36 – The Nas Issue. Subscribe today to make sure you never miss another issue.

Linkedin
RELATED ARTICLES
OTHER ARTICLES
Thousands attended the annual event this year to wheelie through the city and call for ‘knives down, bikes up’.
For over a decade, gamblers have won big by employing people to place live bets from the court. But does this dubious method still work?
By turning a real-life crisis into daytime television fodder, TV bosses have once again shown themselves to be completely out of touch with audiences.
A 37-year-old woman shares how her abortion led her to become a clinic worker, and the abuse she’s received in that role.
Cindy Campbell recounts how her brother ushered in a new era of musical culture at a party she held in the Bronx in ‘70s.
With skyrocketing rents, packed out viewings, bidding wars and more, renting in London has never been harder.