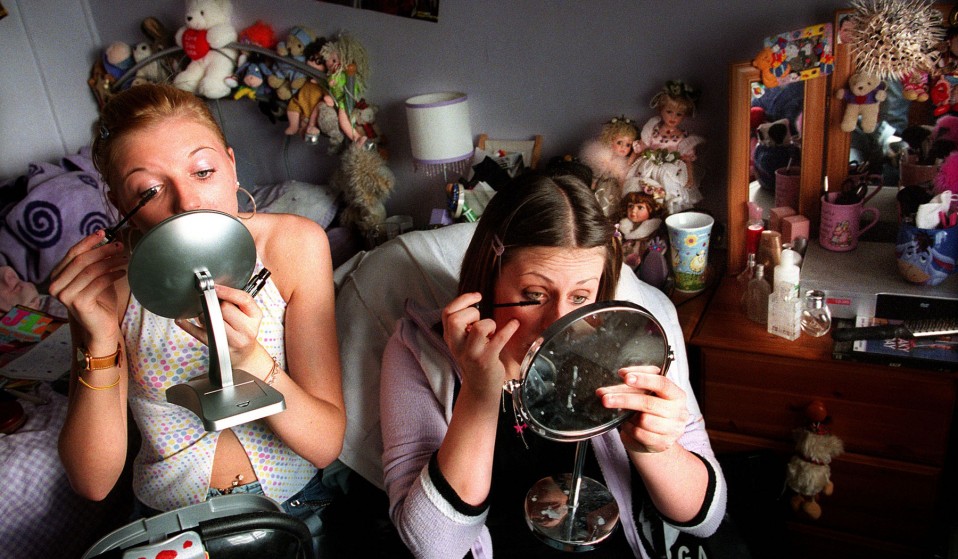 Photographer Karen Robinson spent over a year hanging out with the young women of East Durham, illuminating the hopes and dreams of people failed by society.

Photographer Karen Robinson spent over a year hanging out with the young women of East Durham, illuminating the hopes and dreams of people failed by society. What she captured were candid moments of humour, innocence and working-class resilience.

When Karen Robinson embedded herself among the young women of East Durham, she soaked up invaluable insight into an overlooked cross-section of society.

Following the demise of heavy industry, that part of the UK suffered from a serious lack of opportunities and investment. Failed by the education system, and lacking support mechanisms, its young people had little to live for.

At the time of the project, between 2004 and 2005, the Easington District saw one of the highest teenage pregnancy rates in the country – a phenomenon Robinson saw first-hand.

The moment she met one of the participants – someone who’d been in care and experienced brushes with the law – the woman in question was in shock. She had just found out that she was pregnant and wasn’t sure who the father was. 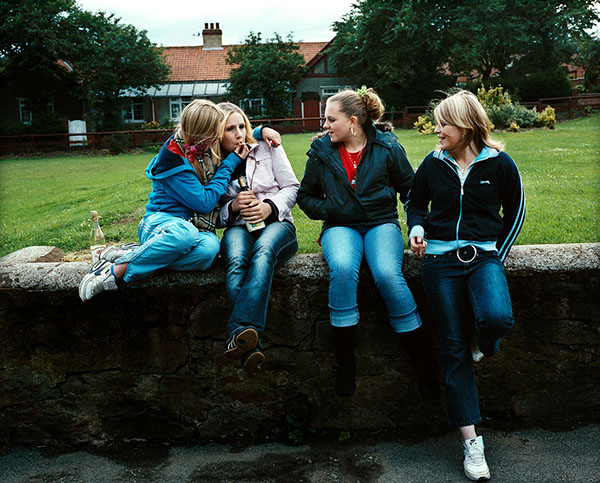 But over time, Robinson would watch her grow into a loving mother, getting to better understand the inherent complexities of life in this part of the country.

Newcastle’s Side Gallery had commissioned Robinson to focus on the ex-mining communities and villages around East Durham as part of their Coalfield stories, having previously exhibited her Roma of Romania project.

The idea behind All Dressed Up was to shed light on an emerging demographic that people knew little about: to understand how they spent their time, what interested them and what they aspired to. 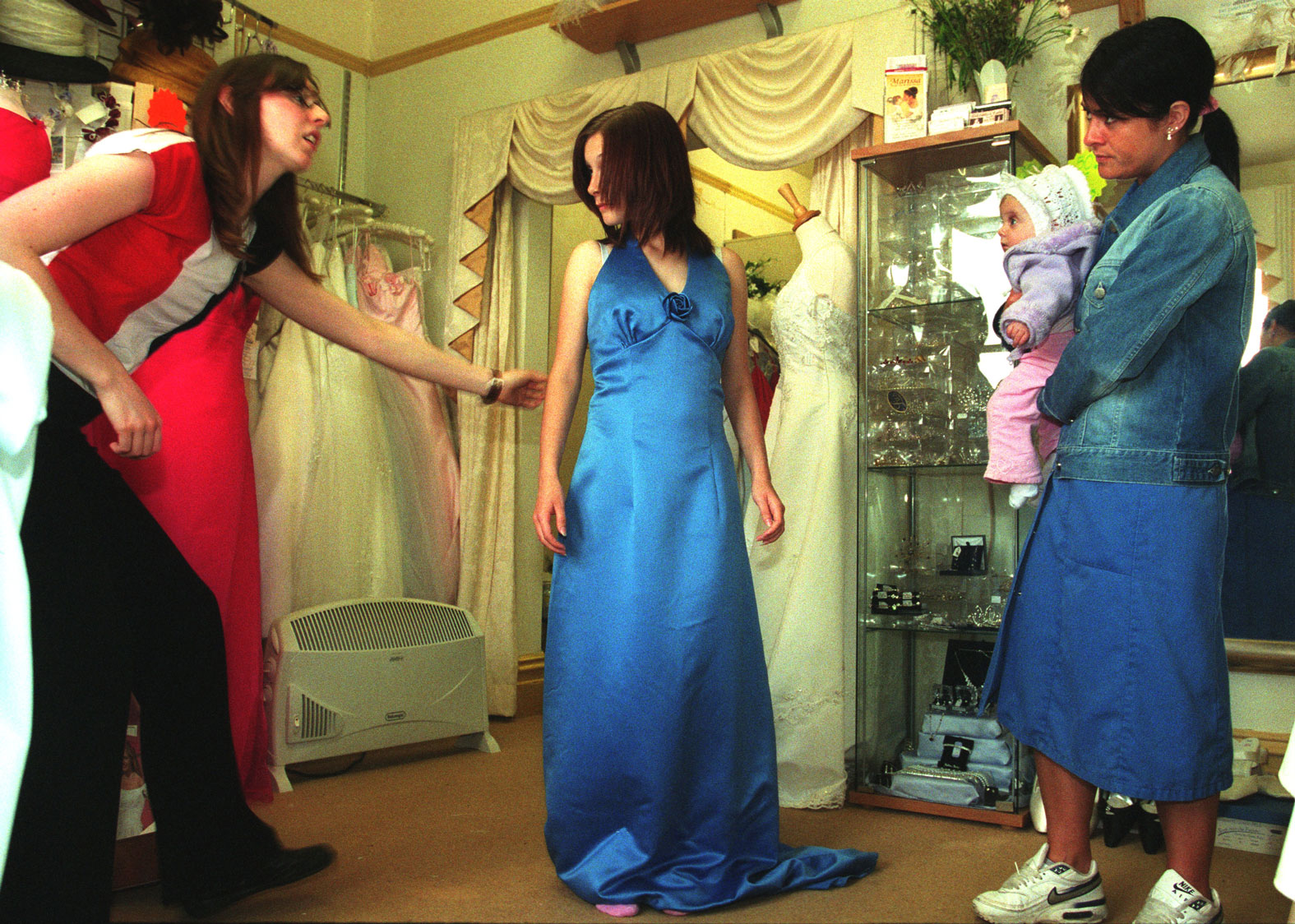 Now that the Side Gallery is re-opening in October, the work will be re-presented as part of Childhoods: a wide-ranging exhibition documenting young lives.

When teenagers drink, they don’t normally have an adult there – let alone a photographer taking pictures. How did you gain access and trust for this project?

It took a little while for them to get used to me. At first, I think they thought it was strange that I was interested in them. I talked about why I wanted to photograph them, then visited them often. But I think they enjoyed someone taking an interest in their lives; it was a new experience for them. Eventually, they forgot I was there half of the time. They had more important things to think about… 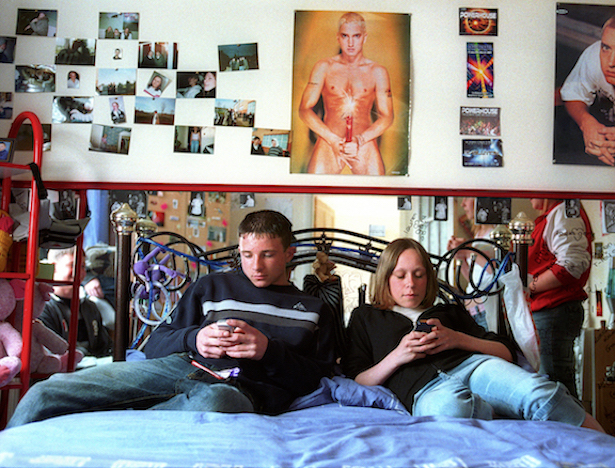 Your photo with the teens looking at their phones feels prescient now. What parts of childhood or adolescence do you think change over generations and what parts stay the same?

Teenagers/children will always push the boundaries – that will never change and it’s an important part of growing up. There is more exposure to drugs and alcohol for most teens than generations ago. Technology and social media has had a huge impact on lives today, for good and bad, bringing a higher rate depression and feelings of lower self esteem for many youngsters. Work or lack of work opportunities change from generation to generation. The youth of those former mining communities are certainly struggling today.

What is it about teenage girls growing up in forming mining villages that sparked an interest?

It was a subject matter that no one had focused much on. But it was also a difficult thing to photograph girls at that age, as everything was forever changing – relationships, friends, emotions, contact numbers – but that made it all the more interesting. It’s a fascinating subject matter… I remember my own misspent youth! 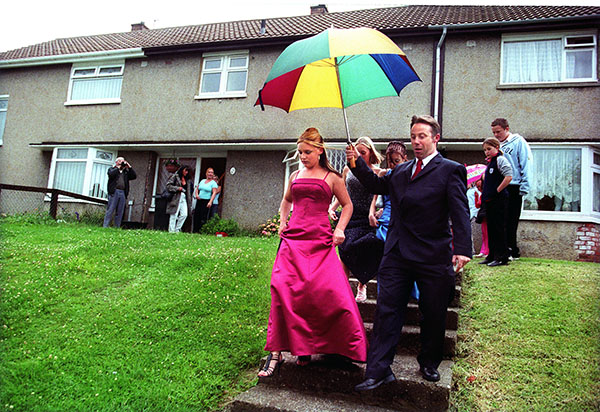 What draws you toward marginal communities in your work?

Photography is such a powerful tool. It can give people a voice so they can be seen and heard.

What image or achievement are you most proud of?

I photographed children living in the sewers in Romania. The magazine which published those photos offered a donation line to a charity helping those children and a fair amount of money was raised for their benefit.

I also photographed the effects of depleted uranium, which was used against the Iraqi people during sanctions before the Gulf War. I saw some horrible deformities and the Mirror published quite a number of those images, which I saw as a brave act by the paper at the time. 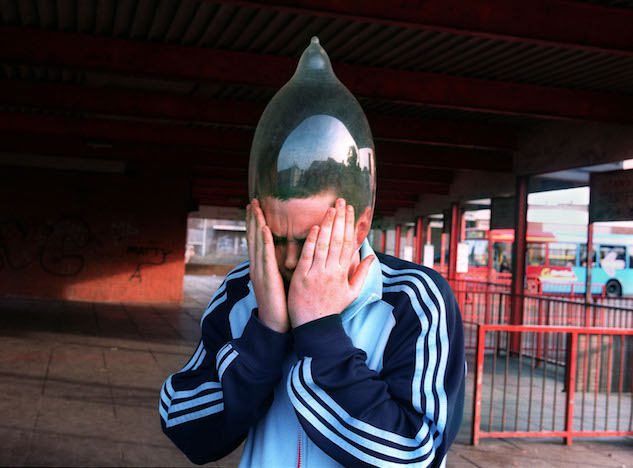 What can you tell us about this picture at Seaham Bus Station?

I was just hanging out there with a few of girls I was photographing – I did a lot of hanging out. A group of boys turned up, all set to impress the girls, and one of them did their party trick: blowing up a condom and putting it over his head. The girls were suitably impressed – job done!

Karen Robinson’s All Dressed Up features as part of Childhoods, which runs at Newcastle’s Side Gallery from 1 October until 27 November.

Linkedin
RELATED ARTICLES
OTHER ARTICLES
For over a decade, gamblers have won big by employing people to place live bets from the court. But does this dubious method still work?
The idea that a younger generation is abandoning work has become a popular narrative online, but it doesn’t necessarily reflect reality.
Financial turmoil is pushing people who work in the sex industry into more dangerous and desperate situations as a means of survival.
By turning a real-life crisis into daytime television fodder, TV bosses have once again shown themselves to be completely out of touch with audiences.
Rhiannon Adam spent three months capturing an ageing society wracked by division, isolation, and the aftermath of scandal.
As the Scottish government announces a rent freeze, an activist with Living Rent who fought and won shares how they did it, and what must come next.