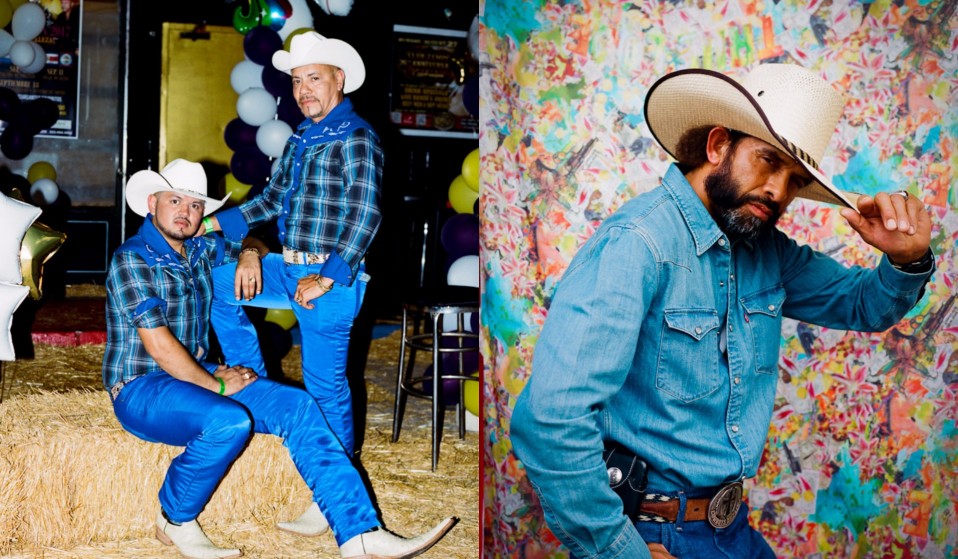 For the past 26 years, Latinx queers have been heading to East Hollywood’s ‘Vaquero Night’ – a cowboy-themed event with a South American spin.

For the past 26 years, Latinx queers have been heading to East Hollywood’s ‘Vaquero Night’ – a cowboy-themed event with a South American spin.

Santa Monica Boulevard is one of Los Angeles’ most fabled thoroughfares, running West from Silver Lake, through Hollywood and Beverly Hills all the way to Ocean Avenue, just off the Pacific.

The random mix of people from local Russian, Thai, and Latino communities appealed to Maung, who has been documenting the street culture of his hometown for over a decade. While photographing transgender prostitutes working the street late at night, Maung saw the words “Club Tempo” on an orange sign in front of a mall and thought to himself, “What’s Club Tempo? And why is it in the back of a strip mall in East Hollywood?’”

He would soon find out. He did a little research and discovered Club Tempo hosted a gay Vaquero (Spanish for “cowboy”) Night – which has been running continuously for the past 26 years. Maung dropped by and was quickly impressed. “There were all these vaqueros and they were just looking so good,” he remembers. “Their style was immaculate and there were so many colours: the boots, the belts, the shirts, and the pants. I love that contrast of being in such a modern city in 2017 and there are still cowboys hanging out. It’s not a costume – it’s a culture.” 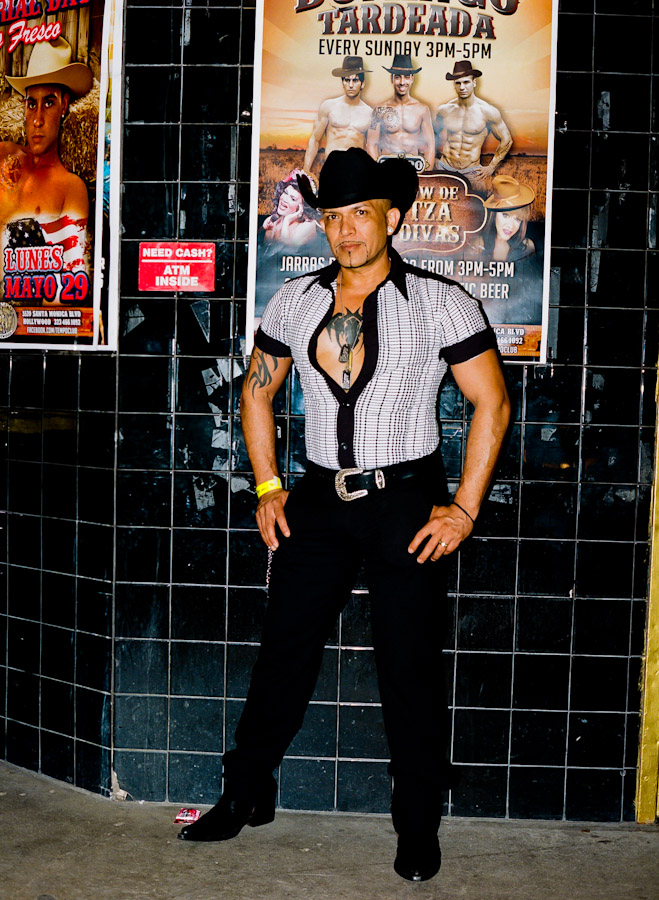 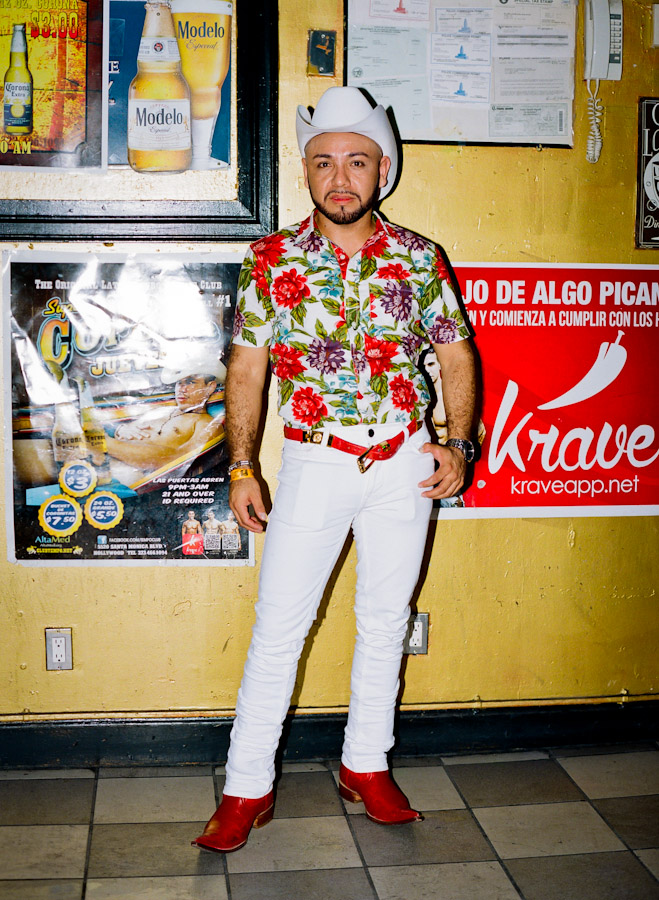 The vaquero is a long-standing Mexican archetype, dating back to its colonial past with a distinctly Latin American spin on the culture, music, and attire of the cattle rancher. Many immigrants have a strong desire to hold on to the culture of their youth. Those who come to Vaquero Night are not only looking to meet and mingle as folks do at the club but to celebrate familiar traditions with corridos (ballads), a live mariachi band, and line dancing.

Maung started the photographing with a simple point and shoot camera, but realised he wanted to do more in-depth work. “I asked the manager if I could shoot and he asked why. I told him that this is an amazing scene and the world should see this. He was open to it. From there I went on to bring a backdrop and hung it outside the club so that before the cowboys came in, I would take their pictures. I can speak Spanish and that really helped, but I can’t hustle in Spanish so the security guards always had my back.”

Over the past year, Maung has compiled a body of work that captures the style, pride, and flamboyance of the vaqueros of Santa Monica Boulevard. “People were very open,” he reveals. “They are an integral part of L.A. life.” 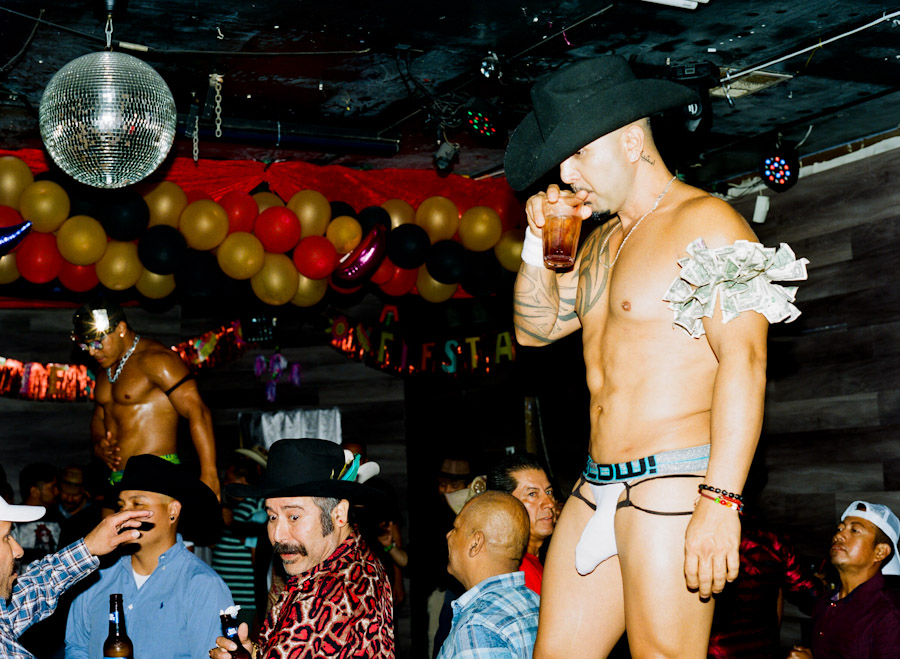 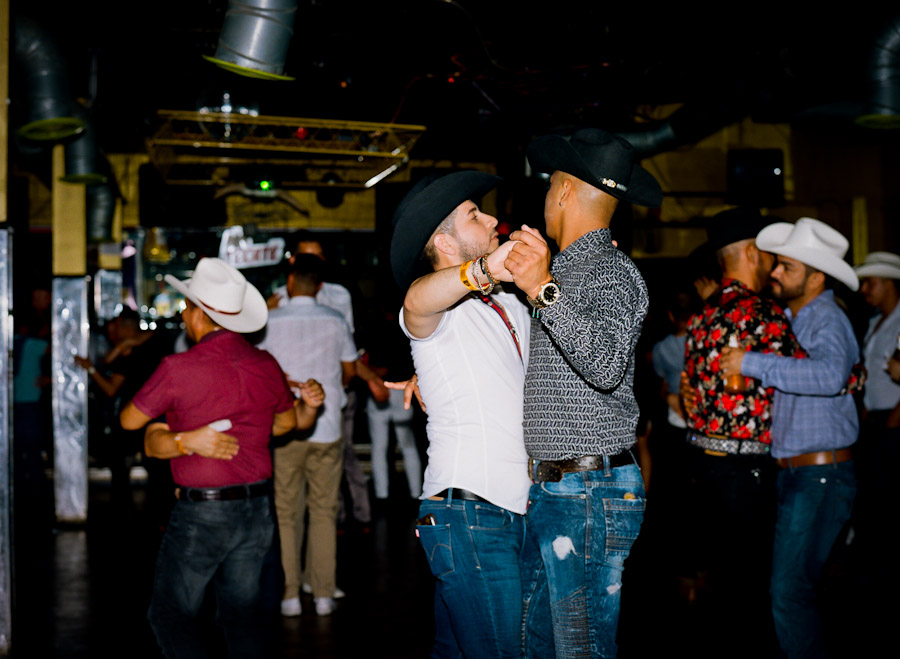 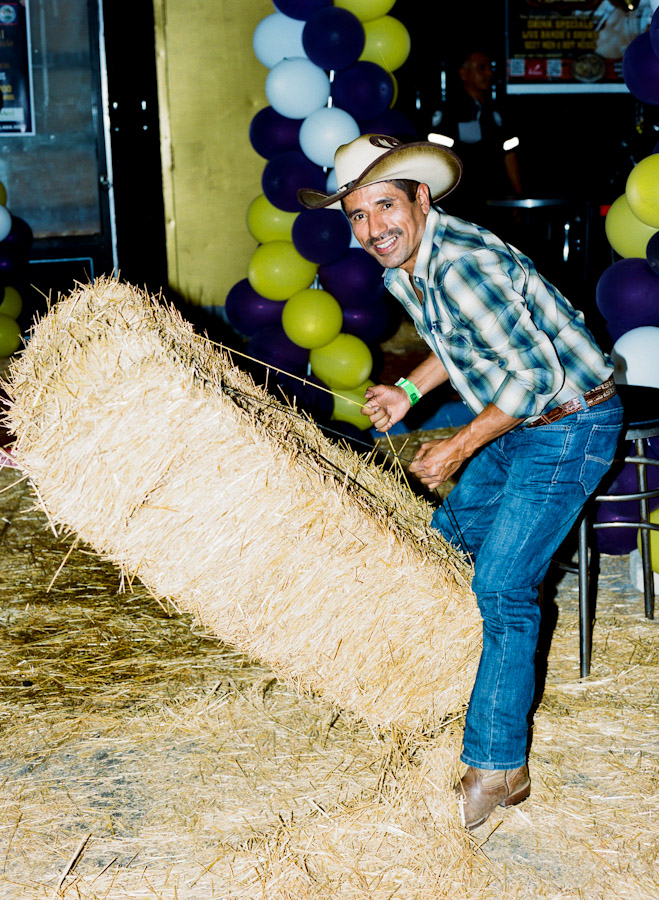 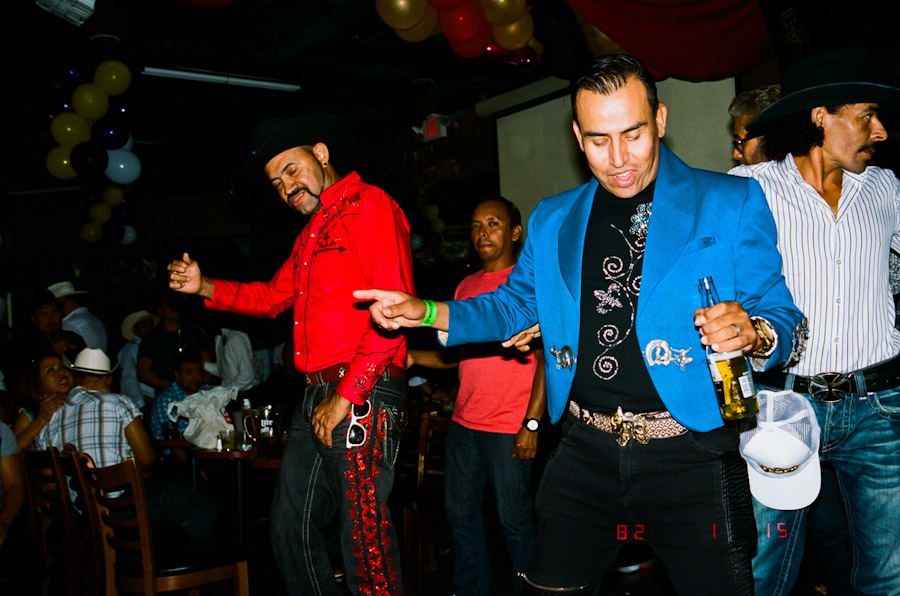 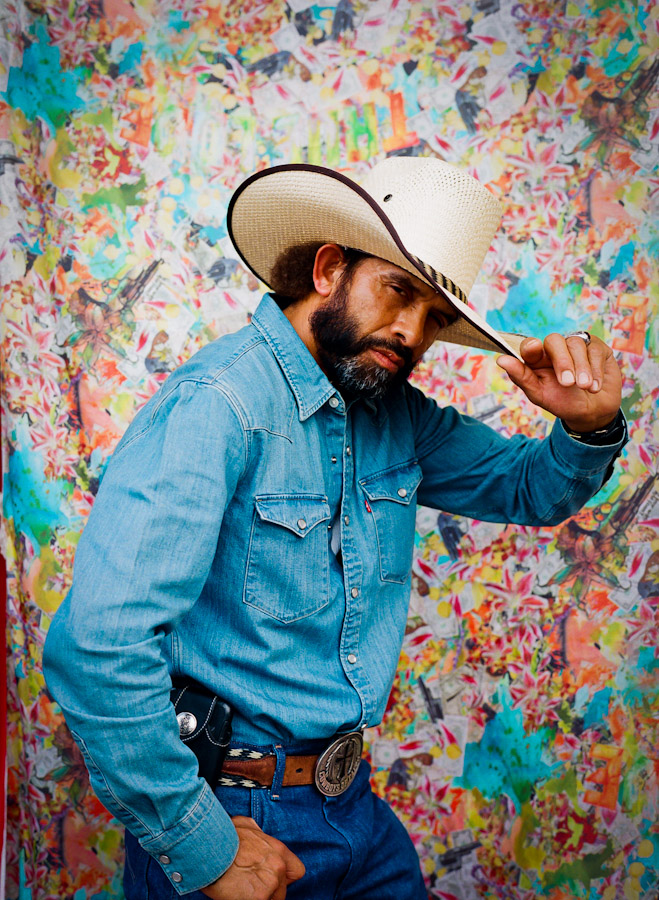 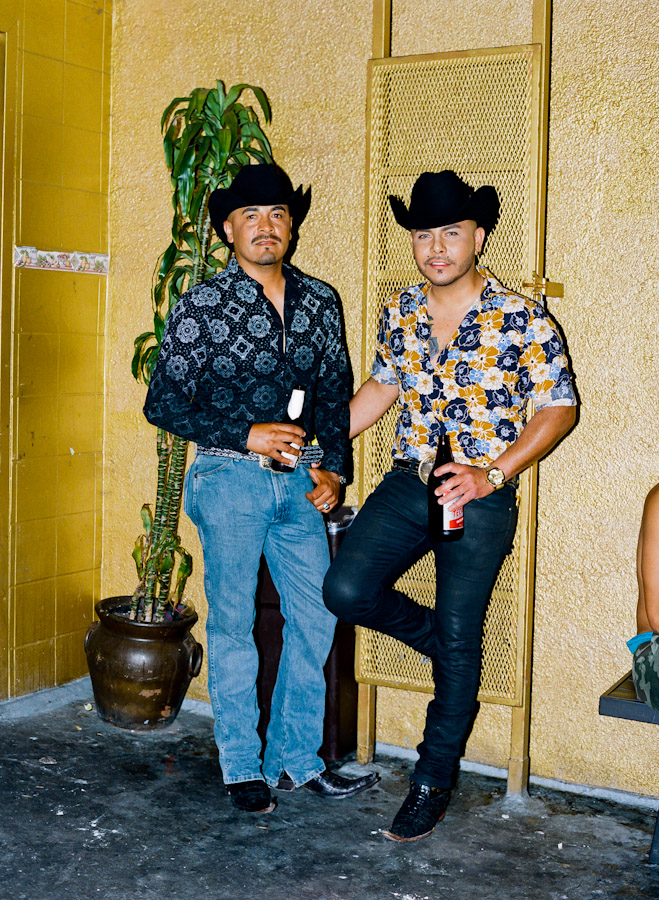 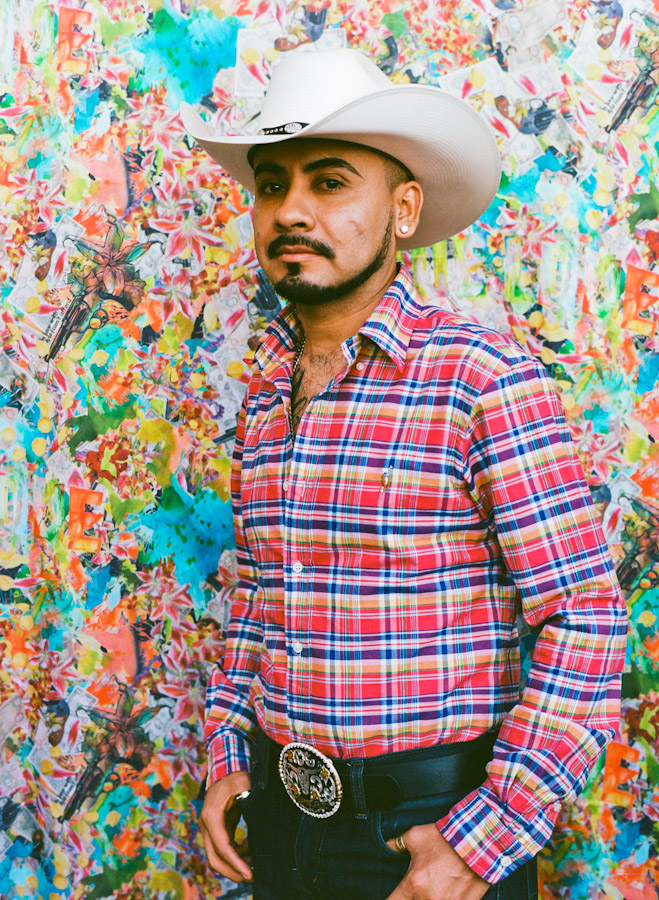 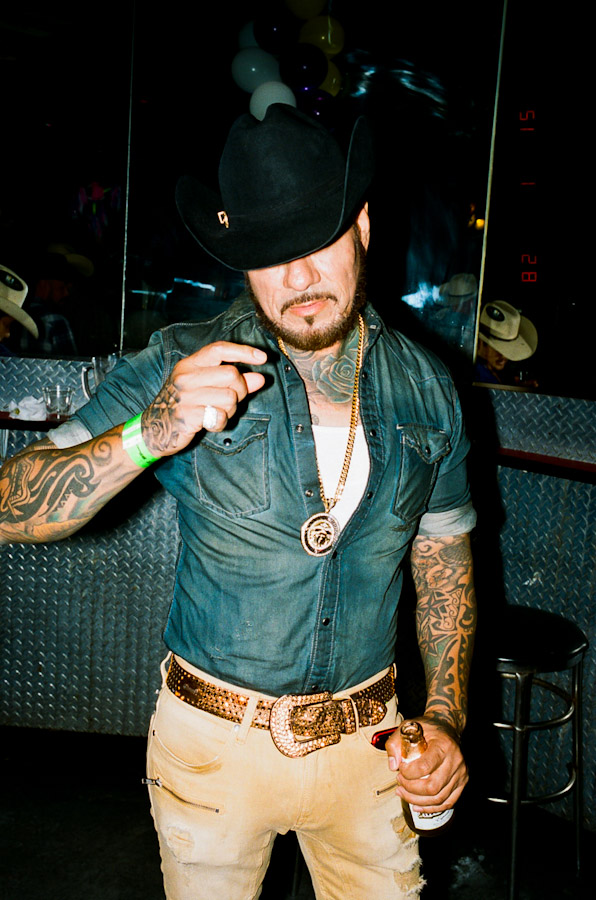 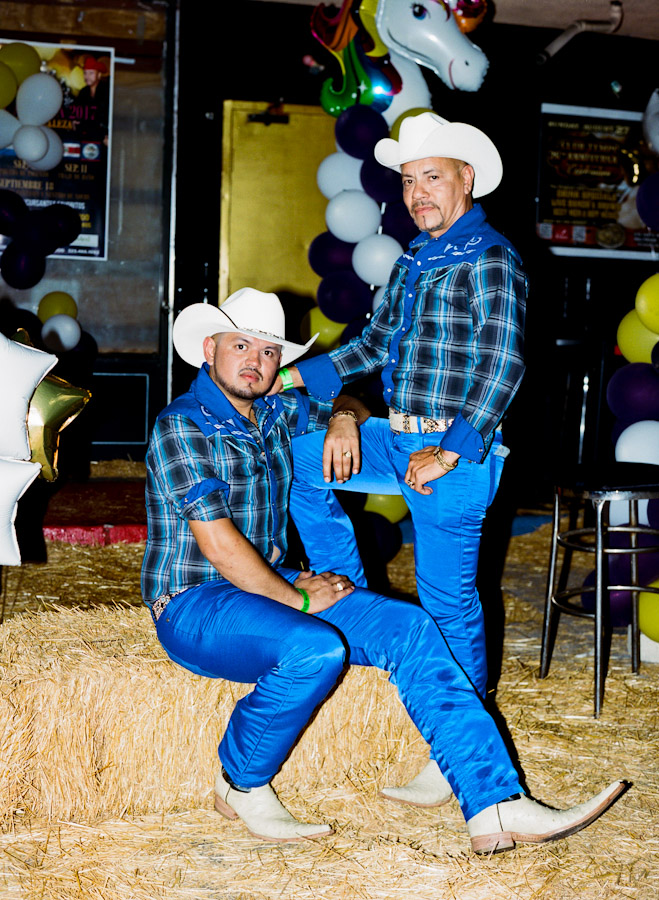 See more of Sean Maung’s work on his official website.

Linkedin
RELATED ARTICLES
OTHER ARTICLES
For over a decade, gamblers have won big by employing people to place live bets from the court. But does this dubious method still work?
With skyrocketing rents, packed out viewings, bidding wars and more, renting in London has never been harder.
Following the announcement of an 80% hike in the energy price cap from 1st October, crowds gathered outside the offices of energy regulator Ofgem to protest and declare their intention to undertake a payment strike.
Sean Maung’s photos are a love letter to the Black and brown communities that make up New York.
The two-day long event returned to London this year, showcasing a spectacular parade, steel bands and Caribbean food.
A group of young Palestinians have found temporary freedom in the act of parkour, reimagining wreckage and ruins as a series of high-octane playgrounds.