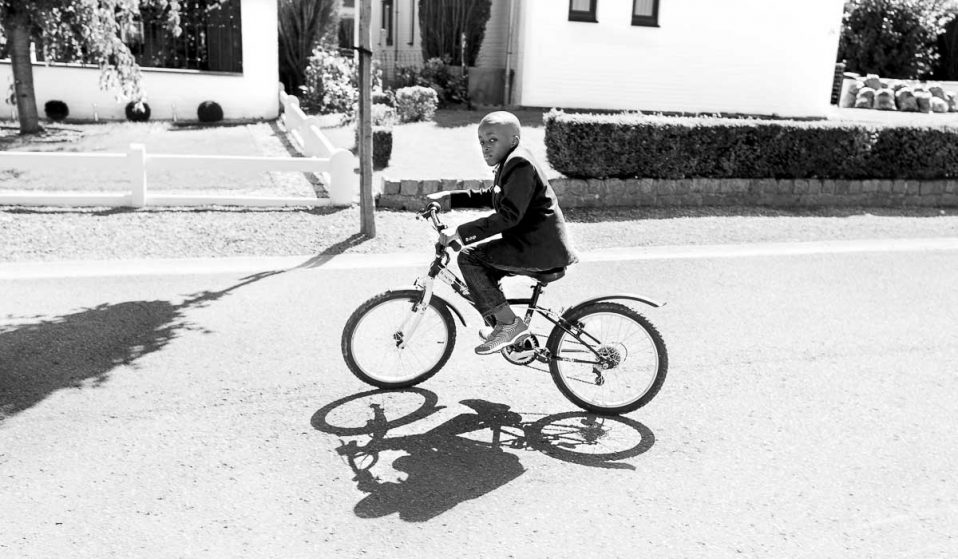 In her Sony World Photography Award-winning project Ubuntu, Rebecca Fertinel captures the collective spirit of a Congolese community in Belgium.

In her Sony World Photography Award-winning project Ubuntu, Rebecca Fertinel captures the collective spirit of a Congolese community in Belgium.

“‘Ubuntu’ is the notion that you really only become human when you are connected to everything and everyone,” explains photographer Rebecca Fertinel of the meaning behind the title of her project.

Often translated as “I am because we are” or “humanity towards others”, the Nguni Bantu term is also used in a more philosophical sense to mean “the belief in a universal bond of sharing that connects all humanity”.

Fertinel was first introduced to the word when she was invited to a wedding in August 2015 by her friend Tracy, a Belgian of Congolese descent. Initially, she had no plans to do a project, but says the series evolved naturally from there. Over the next three years, Fertinel attended numerous events and gatherings, capturing moments of joy and pain.

“When the series became something, I realised that I wanted to show relationships between humans and how cultures are defined,” says Fertinel. 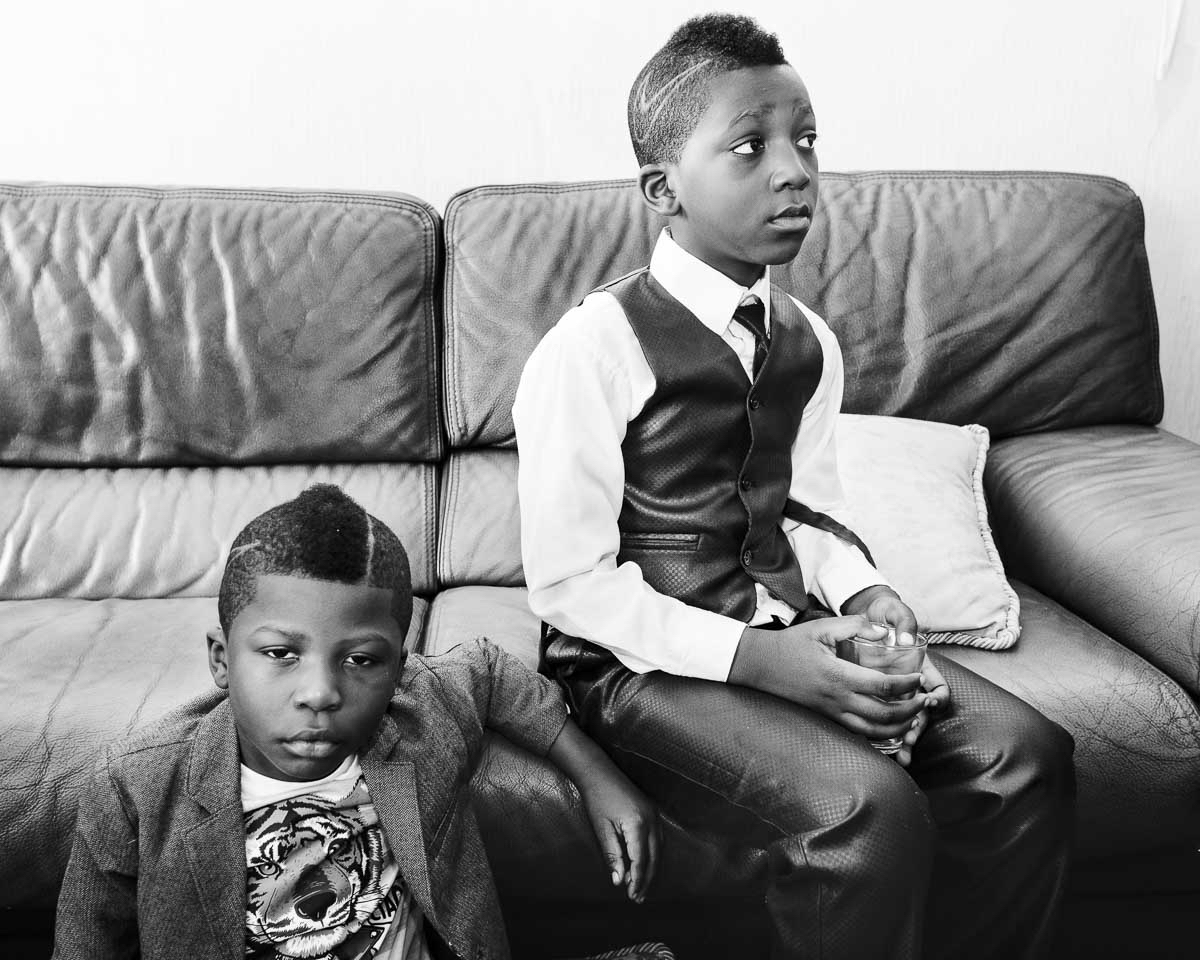 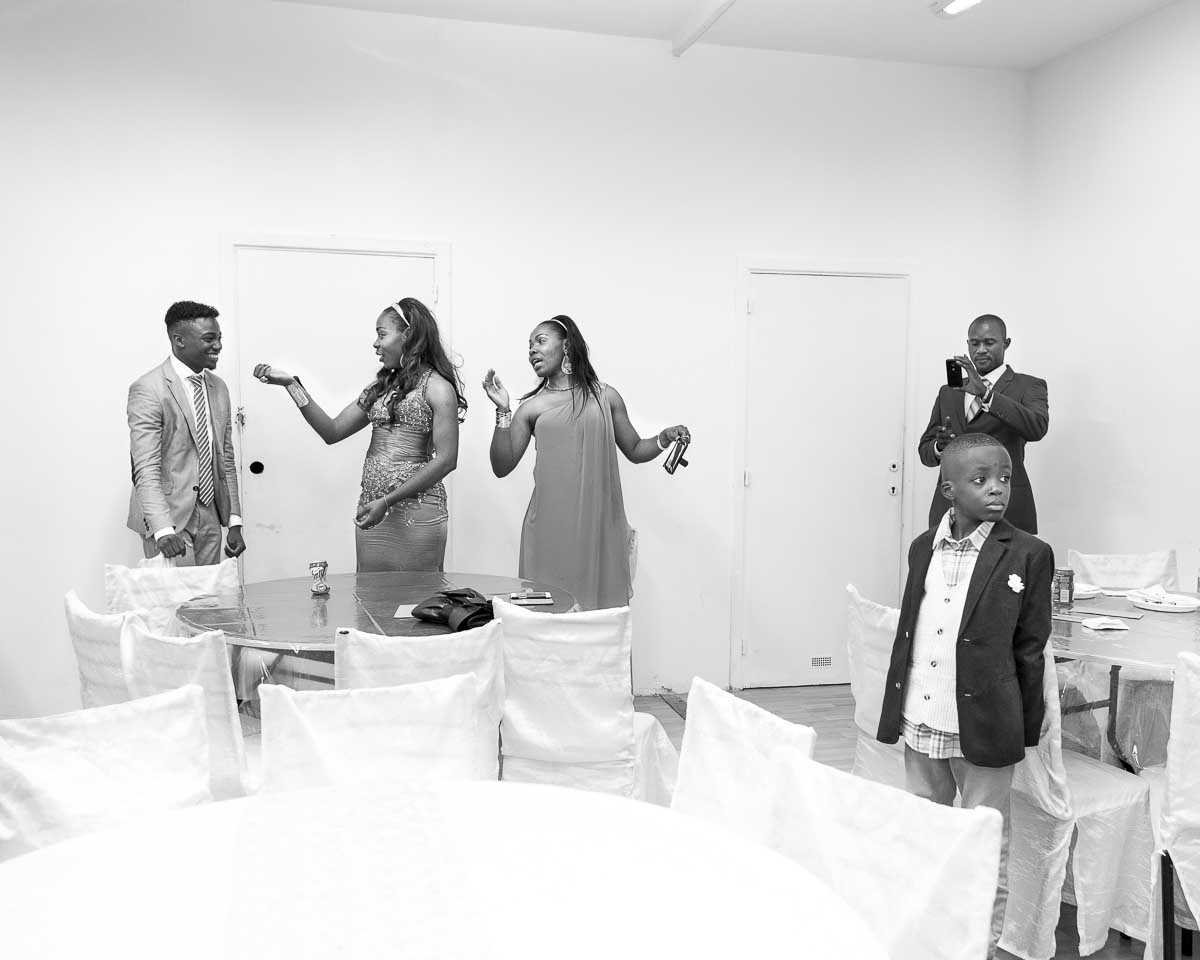 Born in Romania and raised in Belgium, Fertinel’s interest has long been rooted in art. Having found an outlet in photography, Fertinel says she’s especially drawn to people’s connection with others in her work, and the nuances of human interaction – “the ways people act, perceive, think or feel in varying life events”.

In this series, the concept of Ubuntu also relates to the desire to belong to a group and maintain a collective identity despite changing environments. Through Fertinel’s lens, we ourselves become immersed within this group dynamic: witnessing the endless cycle of life and death, joy and sadness, love and heartbreak.

“This project wants to place the viewer inside an environment that most have experienced at one time or another for a wedding, party or a wake. A place where the emotions are what is important and the flaws of the room overlooked,” says Fertinel. 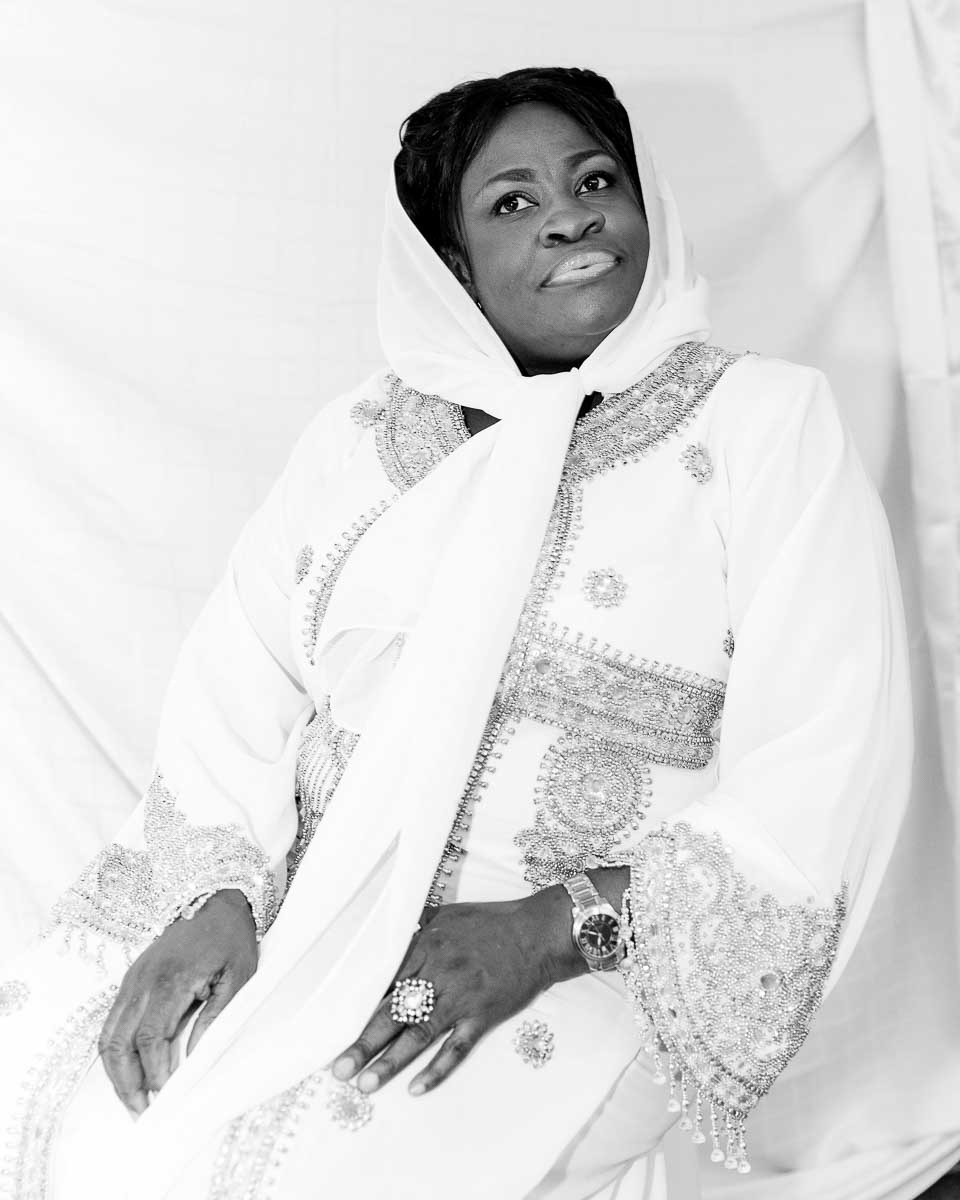 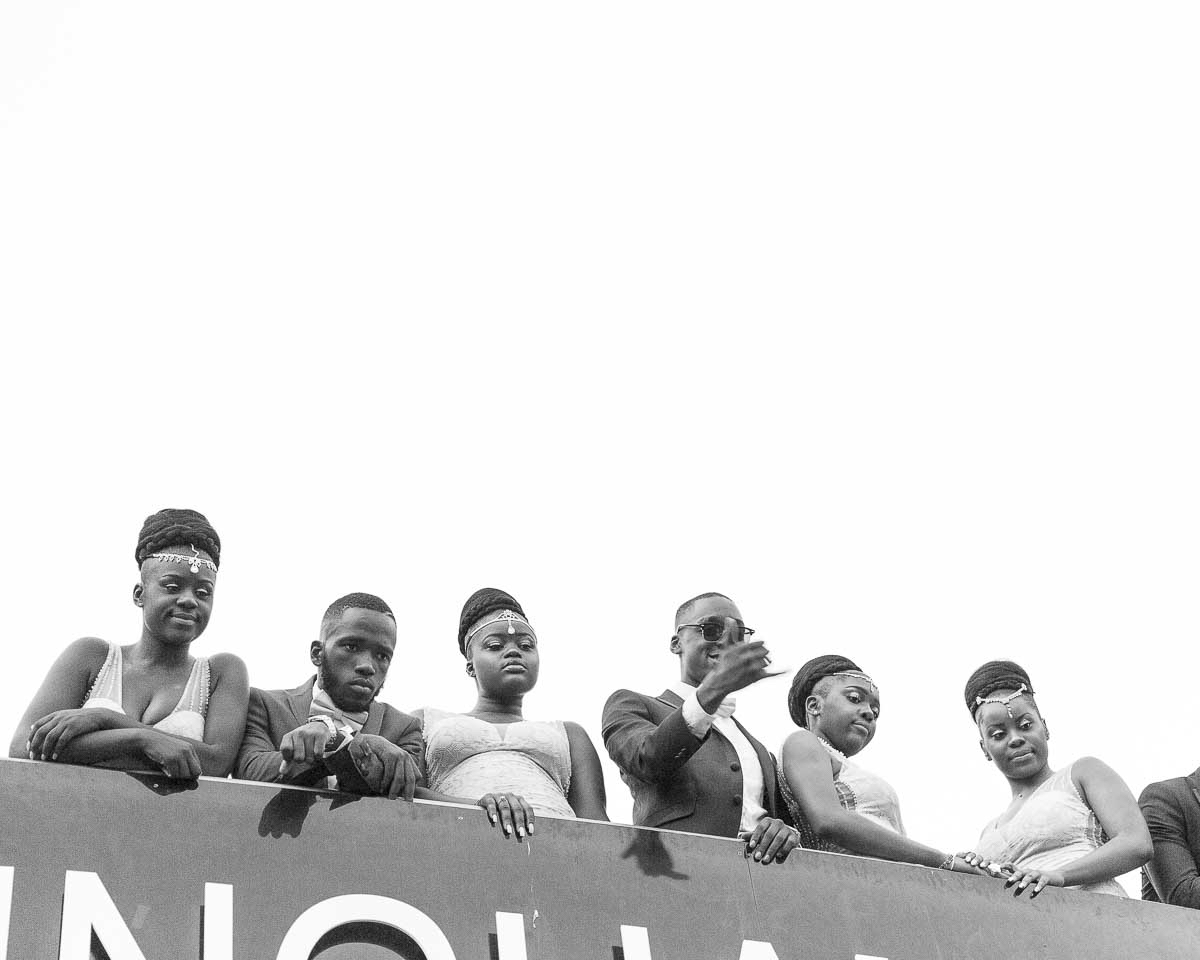 “Everyone in a similar situation has experienced the desire to connect with certain traditions on the one hand, while simultaneously feeling different and no longer seamlessly connected with the old culture on the other hand.”

The sense of belonging is integral to the community, and Fertinel uses the phrase, “Ni congolais, ni belge” to refer to this dual state of identity that is inextricably tied to two places. Ubuntu – the coming together as a community – is about helping each other become whole through the recognition and appreciation of individual uniqueness and differences.

As an outsider entering the group for the first time, Fertinel says she was warmly received and free to photograph as she pleased, leading her to realise her core motivation in photography: “I lost the feeling of what kind of photographer I wanted to be during my studies and I rediscovered myself while photographing those moments [for Ubuntu]… looking for relations between each other and details, uncanny movements. Humanity, strength, warmth and individuals.”

“Within the group, the individual feels strong, but outside the group, he or she will feel lonely and deviant. We need each other. Everyone is looking for a place in life. That is the beauty of Ubuntu.” 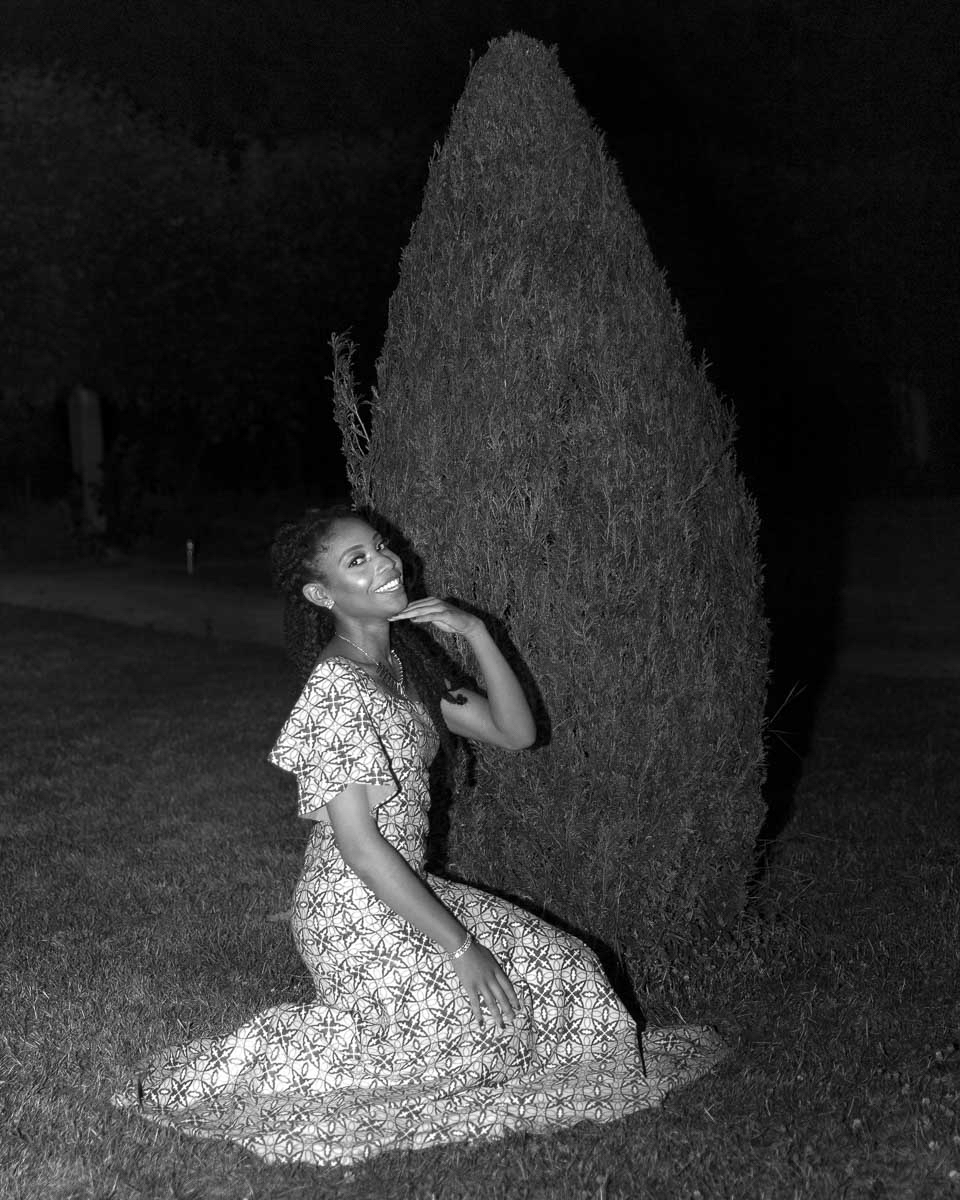 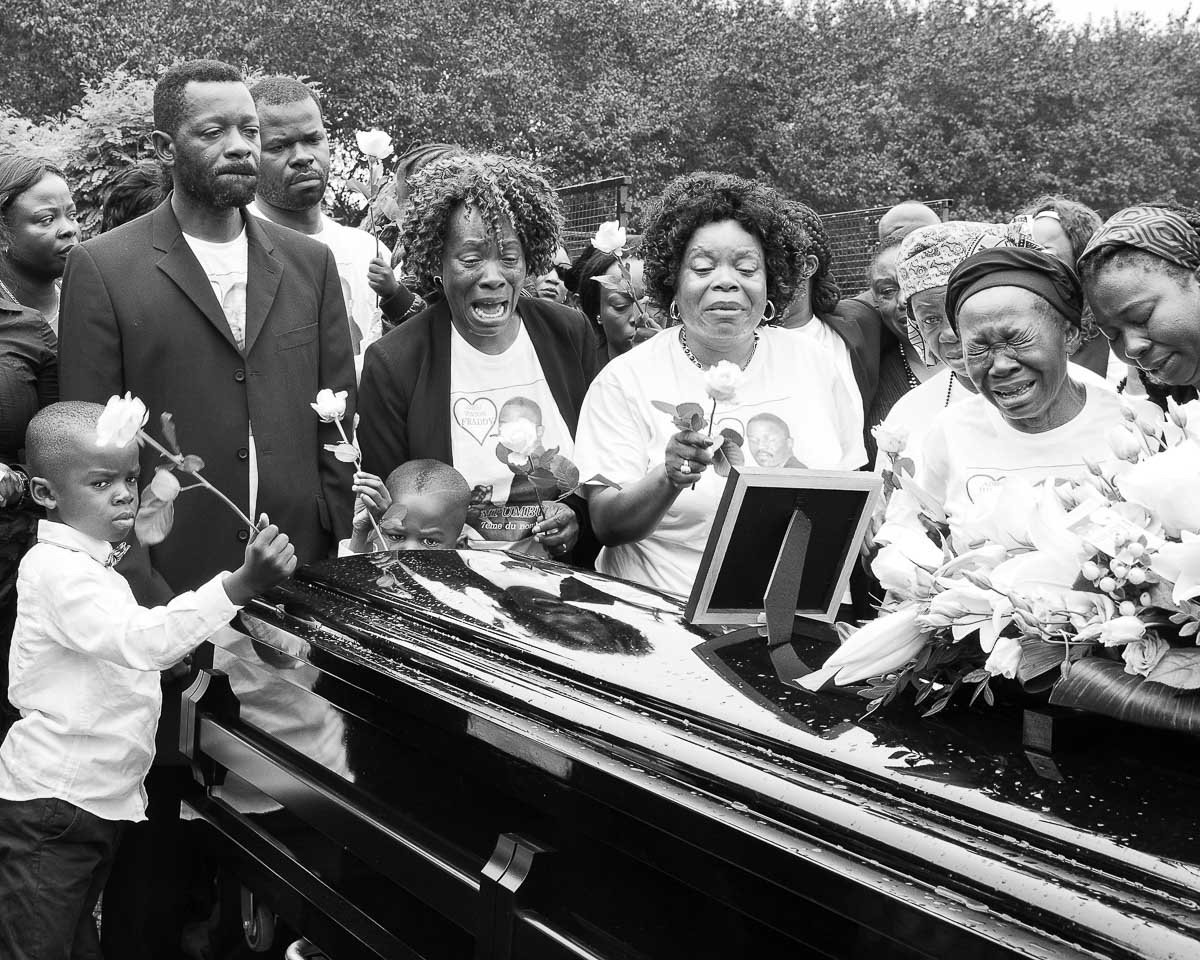 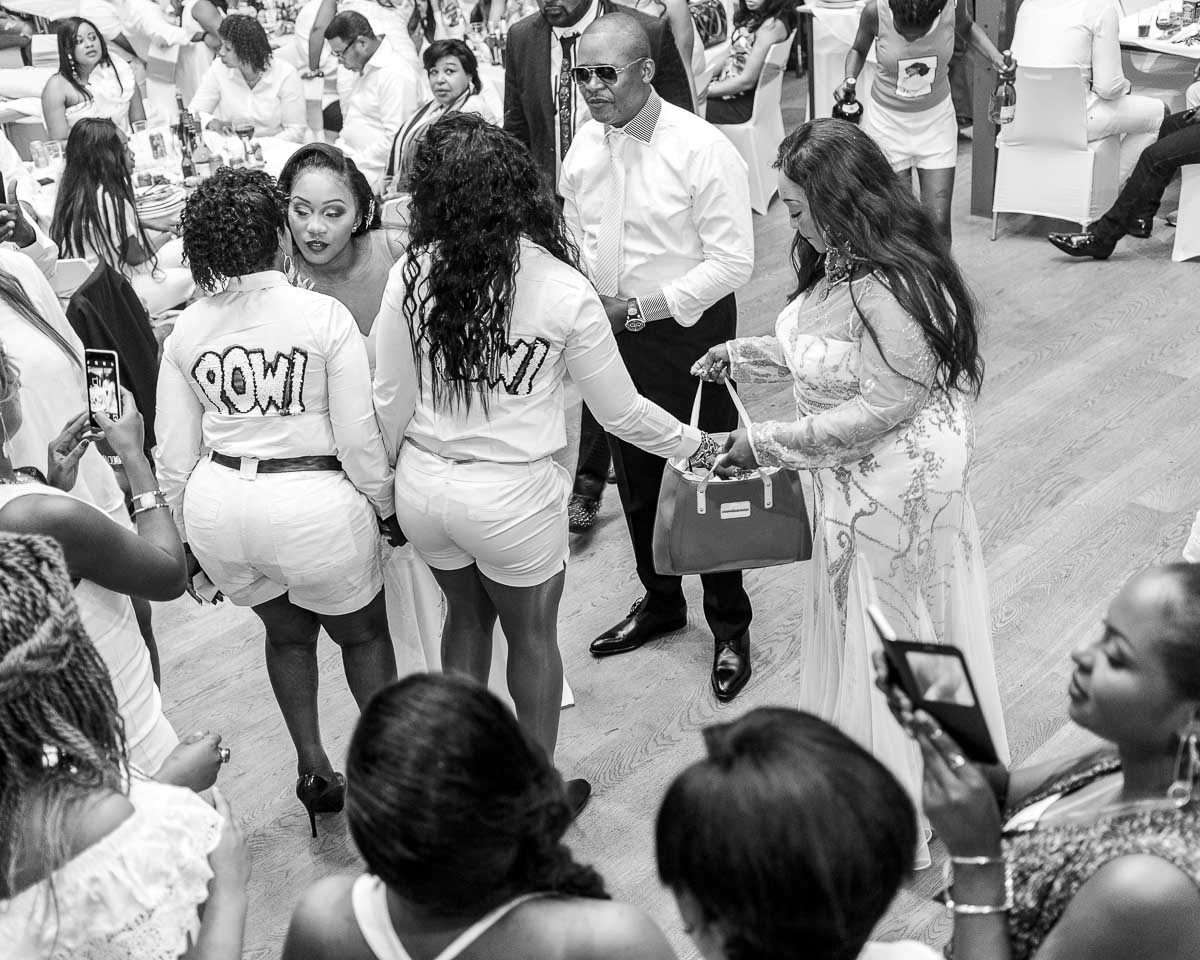 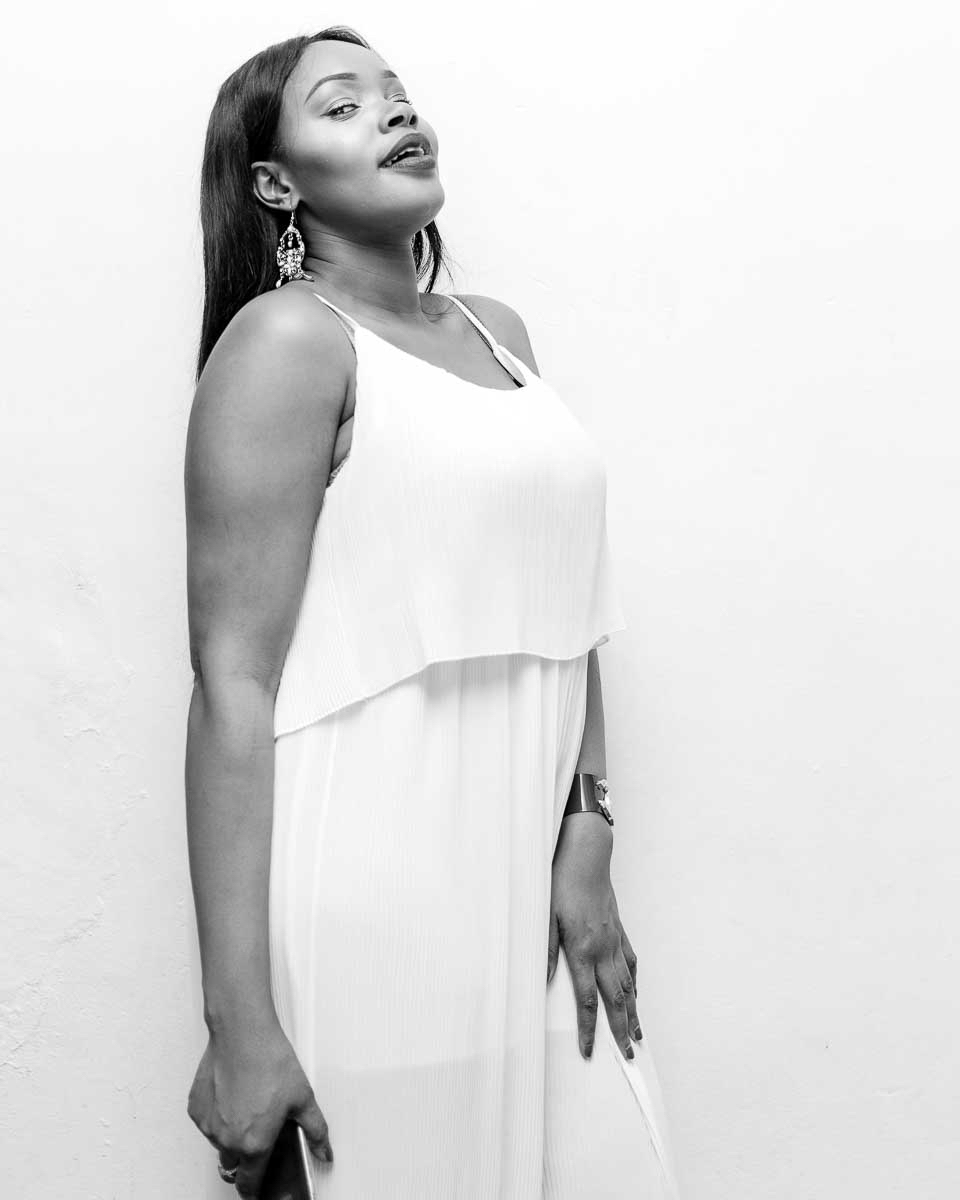 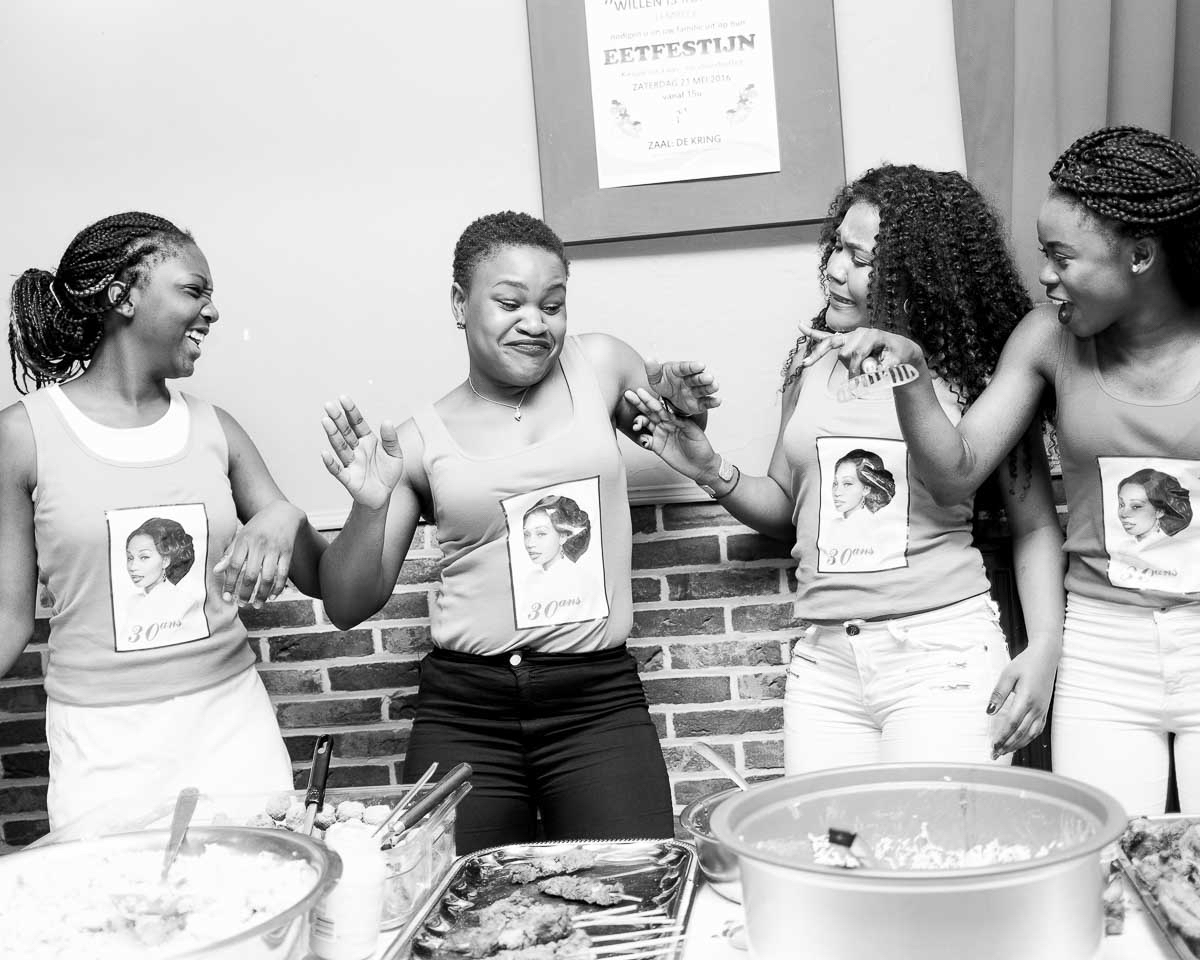 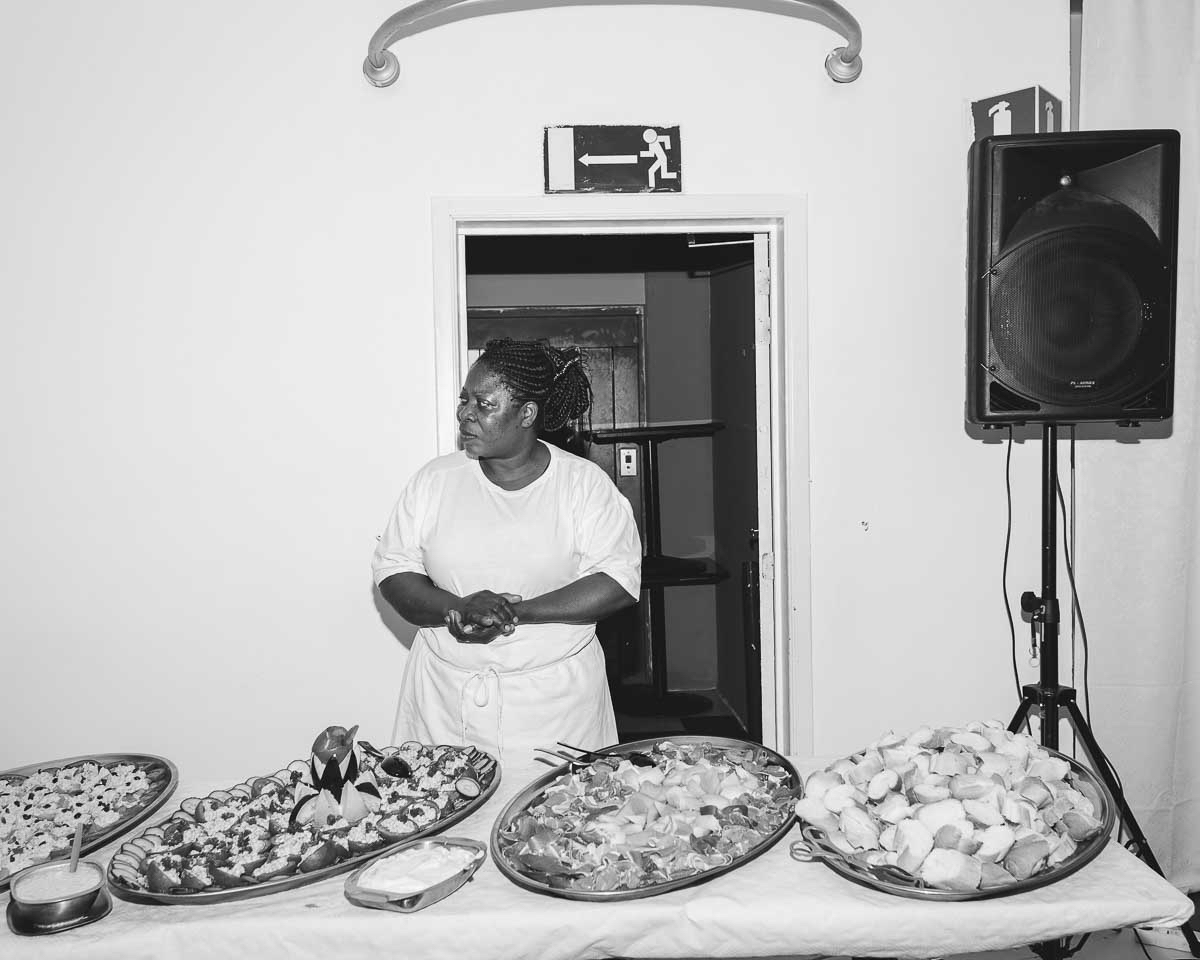 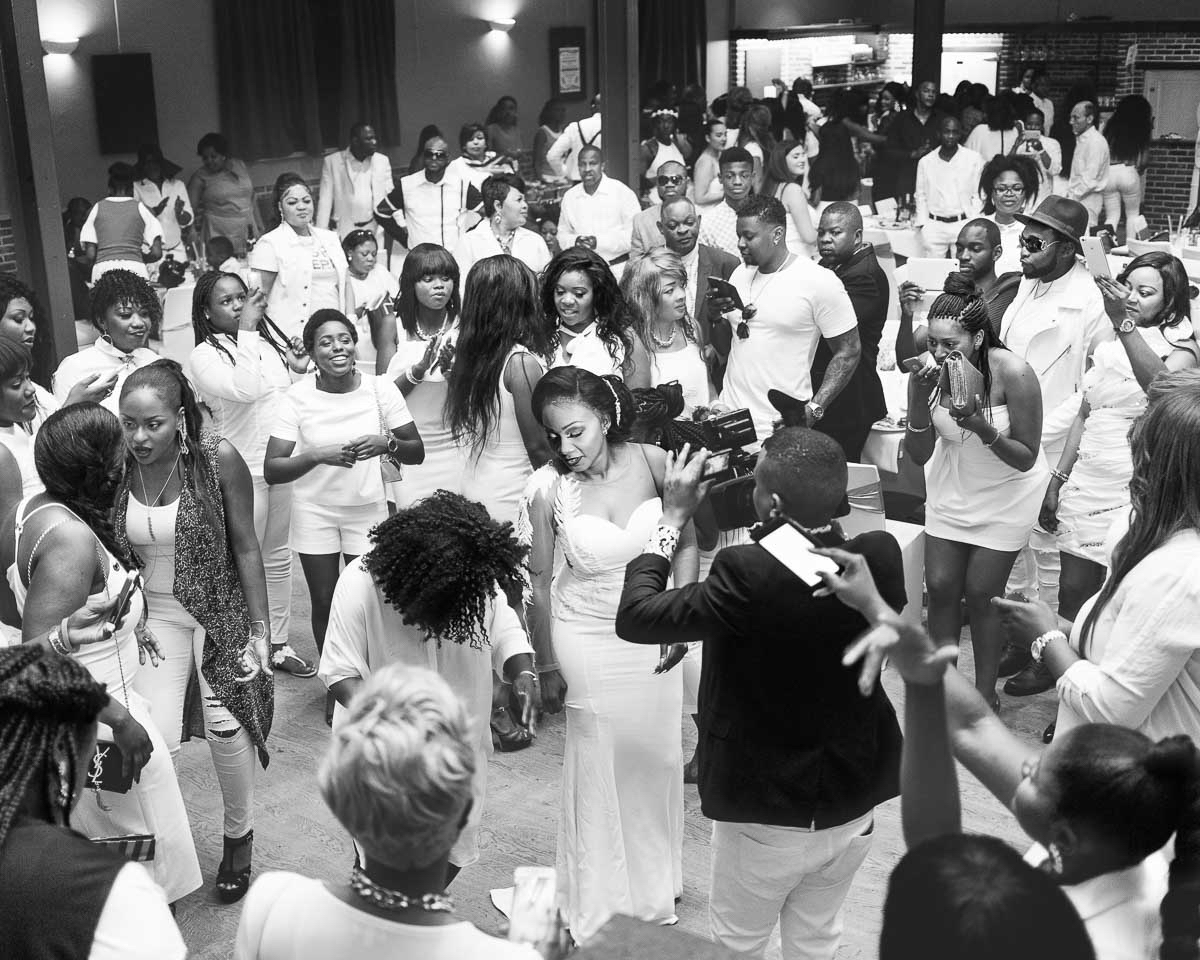 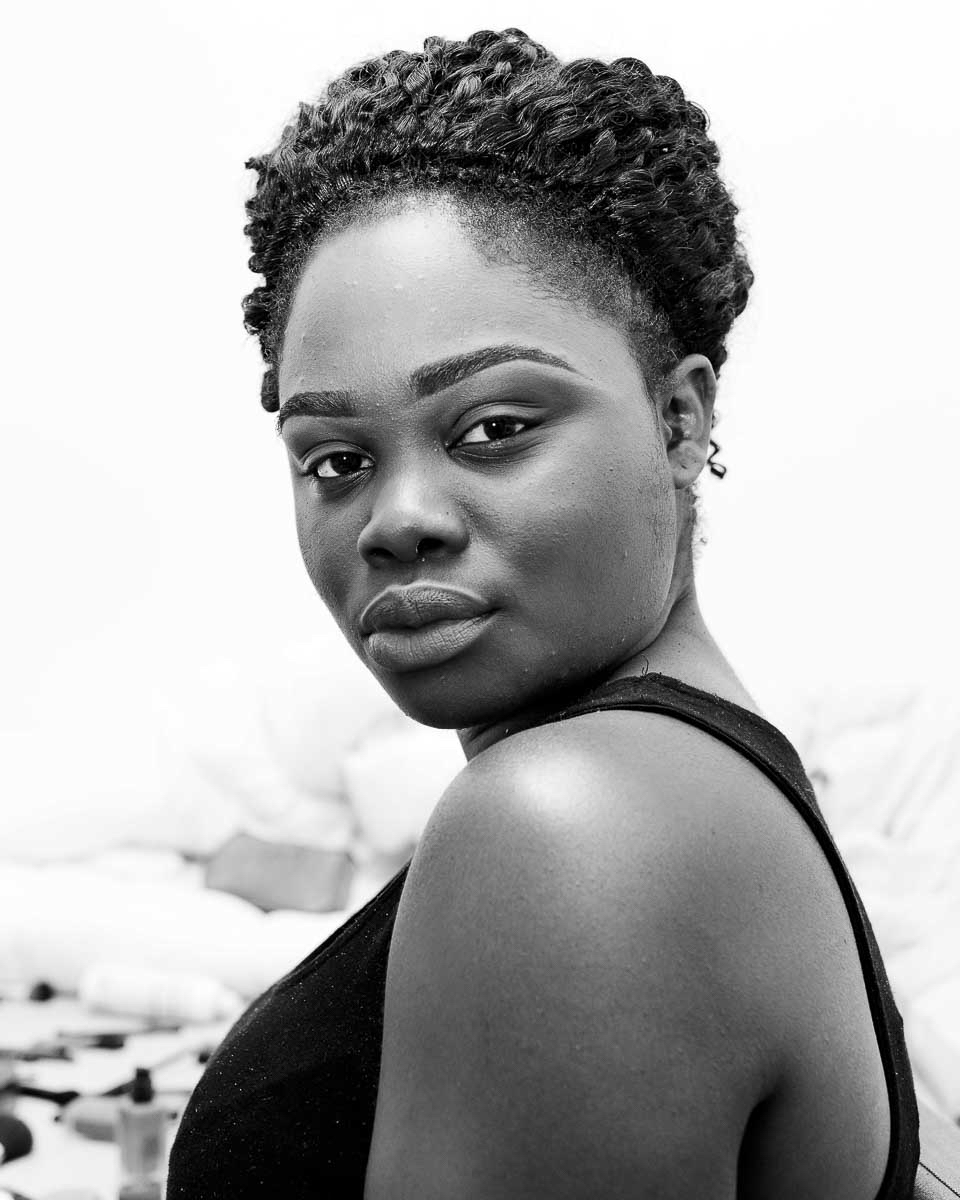 Rebecca Fertinel’s series Ubuntu: I Am Because We Are was awarded First place in the Professional Brief category of the 2019 Sony World Photography Awards.

Linkedin
RELATED ARTICLES
OTHER ARTICLES
The situation in Afghanistan remains dire, with many groups facing persecution at the hands of the Taliban.
To mark the anniversary of the mass trespass of Kinder Scout, a group of hikers came together with the intent of creating a new, fully inclusive culture for rural spaces.
The photographer recalls working with some of the biggest names in the business – from Salt-N-Pepa to the Sex Pistol – at a time when music magazines played a powerful role in shaping the scene.
Shifting the focus from the cost of living crisis to tackling obesity while many starve or freeze is farcical and pointless, writes Fatzine founder Gina Tonic.
Writers Matt Foot and Morag Livingstone explore how four decades of collusion between the government and the police have slowly eroded our right to protest.
With their latest capsule collection, SCRT have constructed their own mythology, based on the story of a fictional meteor shower that hit a small Scottish town.