Art & Culture / Photography / An unsettling visual trip through Namibia’s past 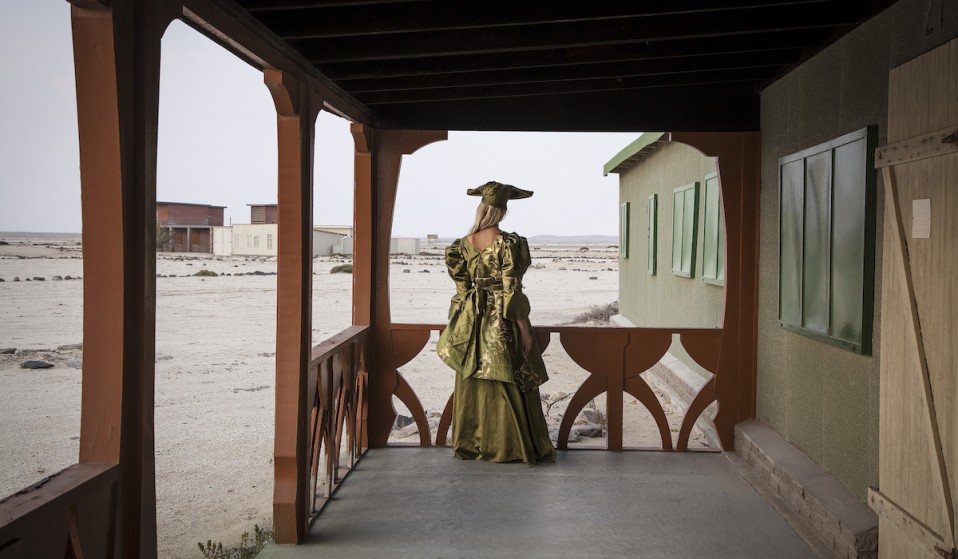 Visual artist Nicola Brandt memorialises the German-Namibian War of 1904–1908 – considered by many to be the first genocide of the 20th century – in an eerie new project.

Visual artist Nicola Brandt memorialises the German-Namibian War of 1904–1908 – considered by many to be the first genocide of the 20th century – in an eerie new project.

The Herero Wars of 1904–1908 are considered by many to be the first genocide of the 20th century. During the “Scramble of Africa,” imperialist powers in Germany descended upon present-day Namibia in southwest Africa in 1884. Two decades later, when the Herero people rose in revolt, General Lothar von Trotha issued an extermination order to kill every man and drive women and children into the desert.

At the end of 1904, the Germans divided up survivors, sending some to concentration camps and others to work slave labour for German businesses. Within four years, between 75,000 and 110,000 Herero and Nama had been killed due to massacres, forced deportations and forced labour – yet it would be nearly a century before the government of Germany publicly acknowledged the acts of genocide, as reported in The Guardian in 2004.

As a woman of German descent born in Namibia, Nicola Brandt feels a profound connection to its legacy, creating The Earth Inside, a body of photographs and Indifference, a video, that examine the landscape where these European atrocities took place. “As an artist sensitive to the histories and memories contained in the landscapes and structures that relate to our past, it is difficult not to engage with our colonial inheritance and its effects,” she explains. 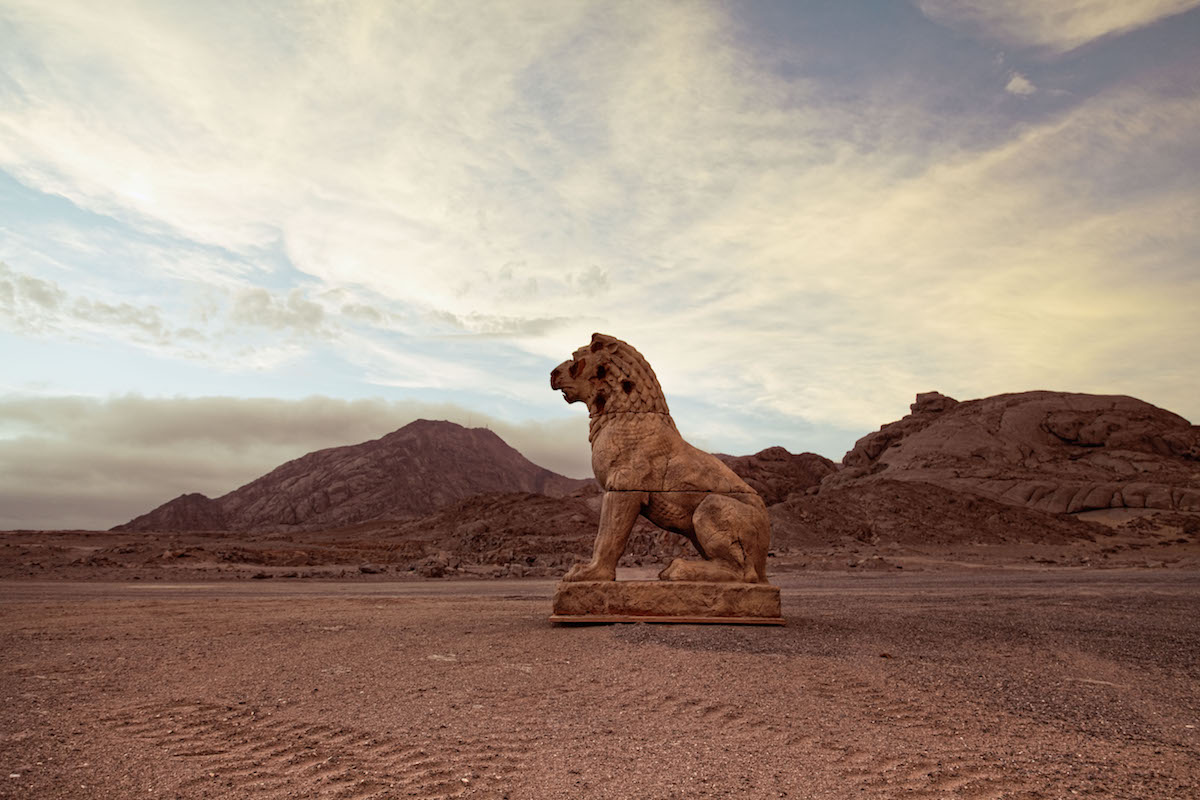 Over a period of three years, Brandt created this body of work that grew out of the removal of a German colonial monument known as the Reiterdenkmal, from its prominent position on a hillside in the capital city of Windhoek. From this arose a series of encounters and conversations in which Brandt discovered how few people knew of the horrific history of the war.

“There was an absence of markers or memorials where atrocities occurred,” she reveals. “The landscape was like a veil that obscured painful struggles and lives that existed in them.” Brandt began to think about how she could use her work to bear witness to that which has been erased from consciousness as a form of resistance and respect.

Weaving together a series of work drawn from experimental and post-documentary practices, Brandt has created a stunning body of work which examines the issues of memory, narrative, and positionality when examining the legacy of German imperialism. “Although some of the works are constructed and staged, there is a strong documentary undertone – as the stories and the questions that the artists are engaging with are linked to real-life events and places,” Brandt explains.

The work becomes a meditation on not just what happened, but how we remember it: “How those facts are recycled, forgotten, or transformed, that shapes present understandings, and by extension shapes identities that influence politics and social structures. As the process developed, I indirectly and consciously inculcated myself into this past.”

Brandt takes us across the landscape to sites where the war crimes occurred. Her photographs speak to the importance of setting the record straight, even after the fact, to honour those who are not here to speak for themselves.

Throughout the work, we see Herero women in traditional dress, who lead us across the nation in the ancestors’ footsteps. “The dress is in many senses a symbol of resistance, but it is also symbolic of this complex, entangled history between the Herero and the former European colonizers. I see it as an organic, living memorial that moves through time and space,” Brandt reveals.

“I am fully aware that this is also an imperfect window. I have attempted to subvert and destabilise certain ideologies behind these views. Through the process of making the work I confronted and inverted particular subconscious and aesthetic tropes – especially those linked to ideas of the romantic and picturesque.” 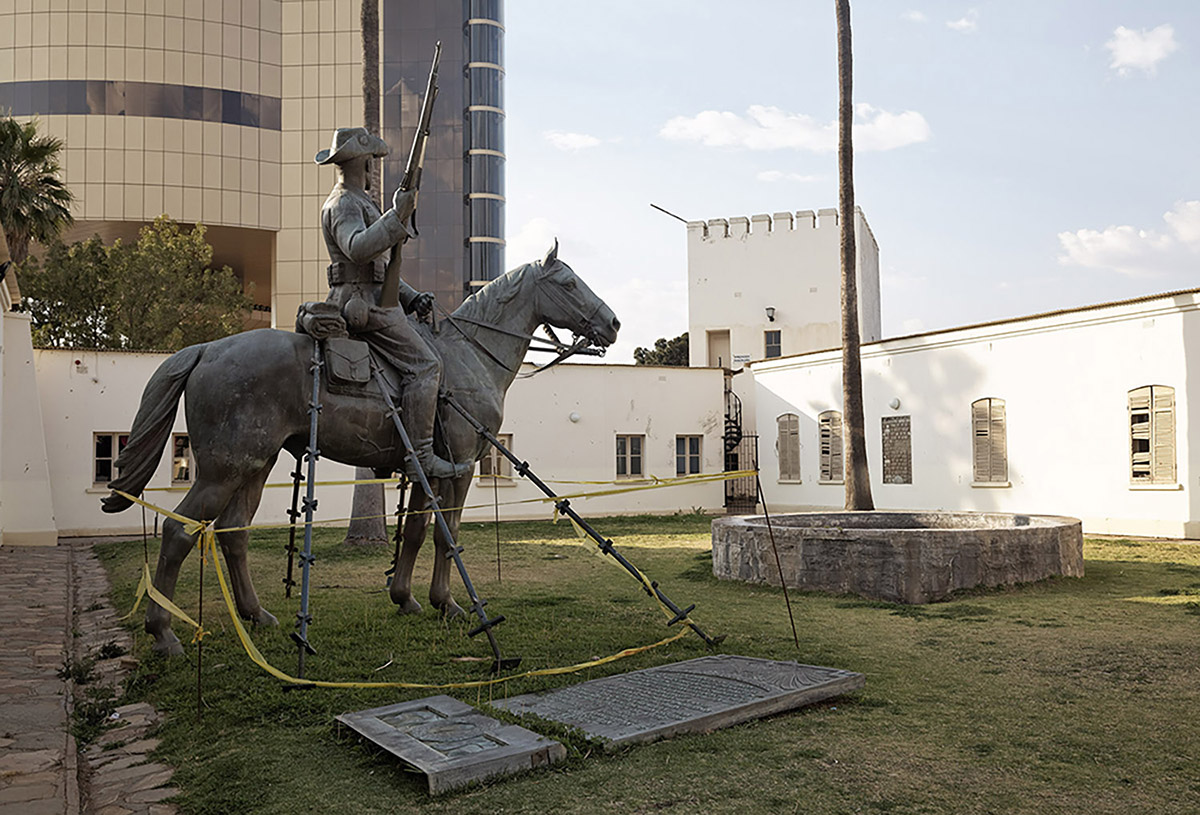 The Reiterdenkmal in the Alte Feste Museum, Windhoek, Namibia (2014) 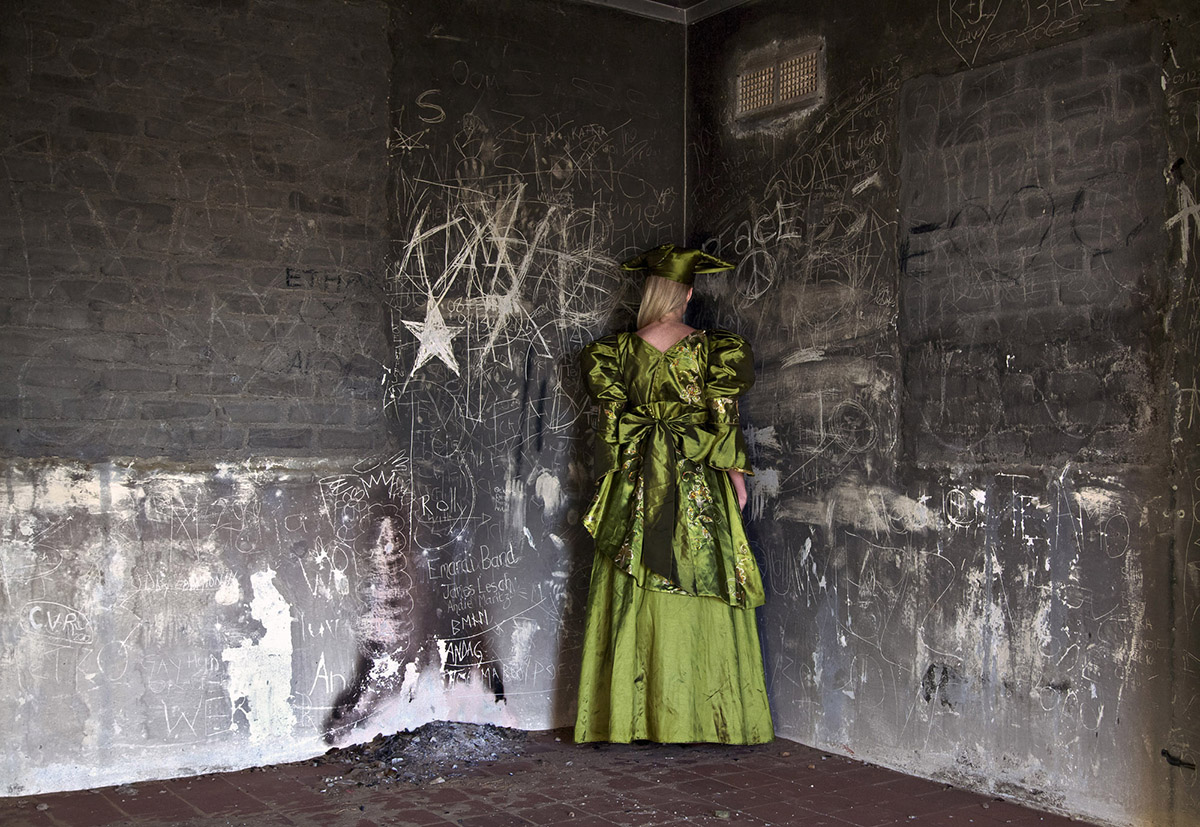 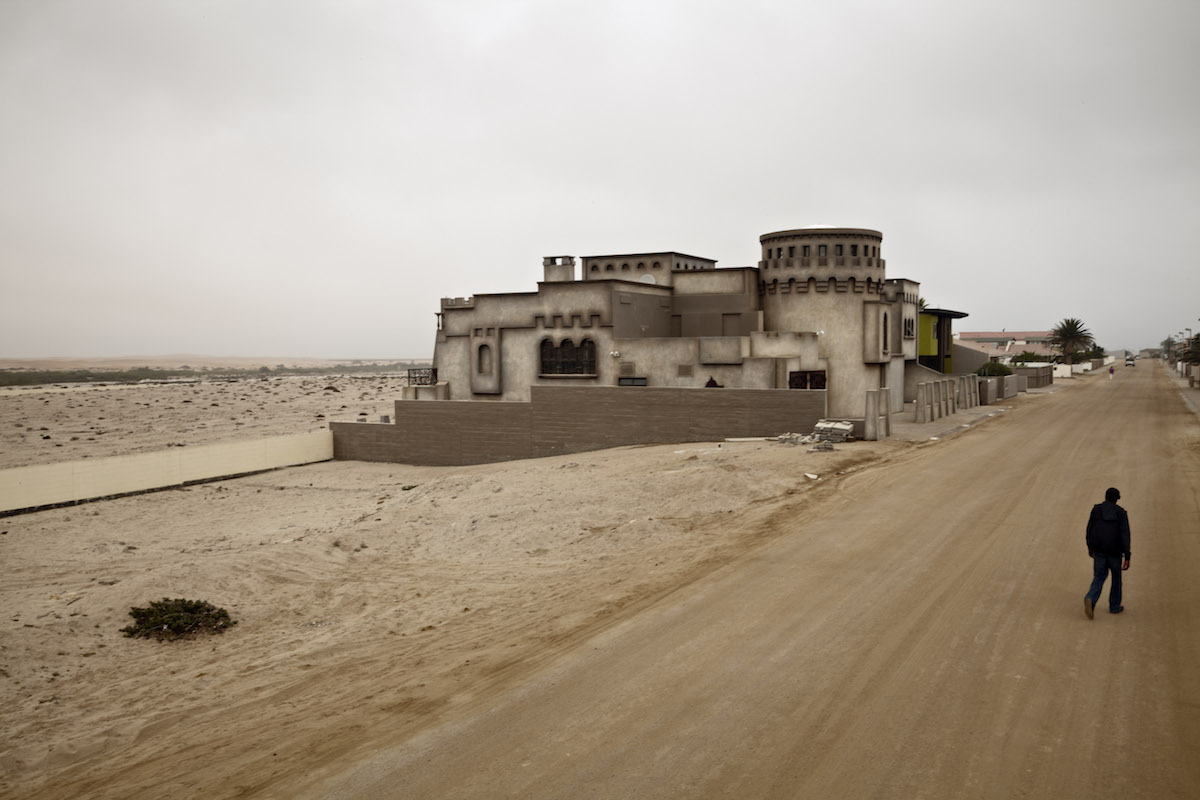 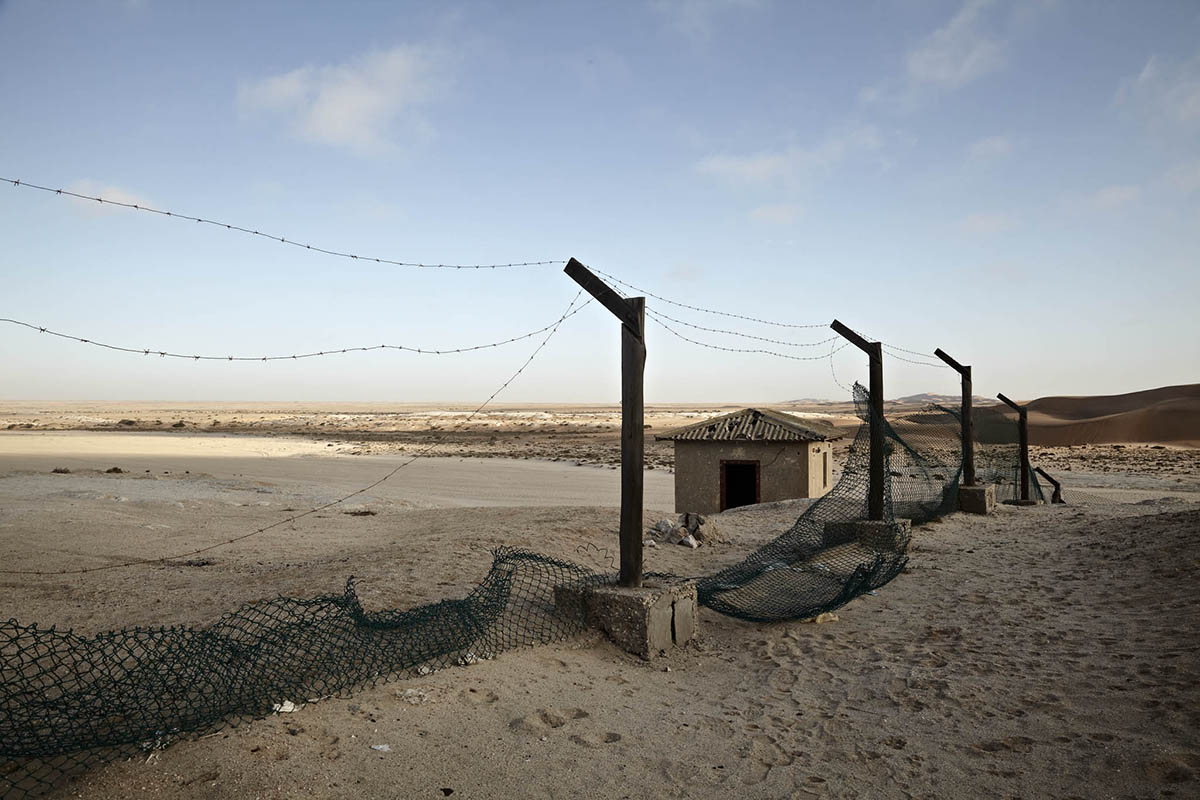 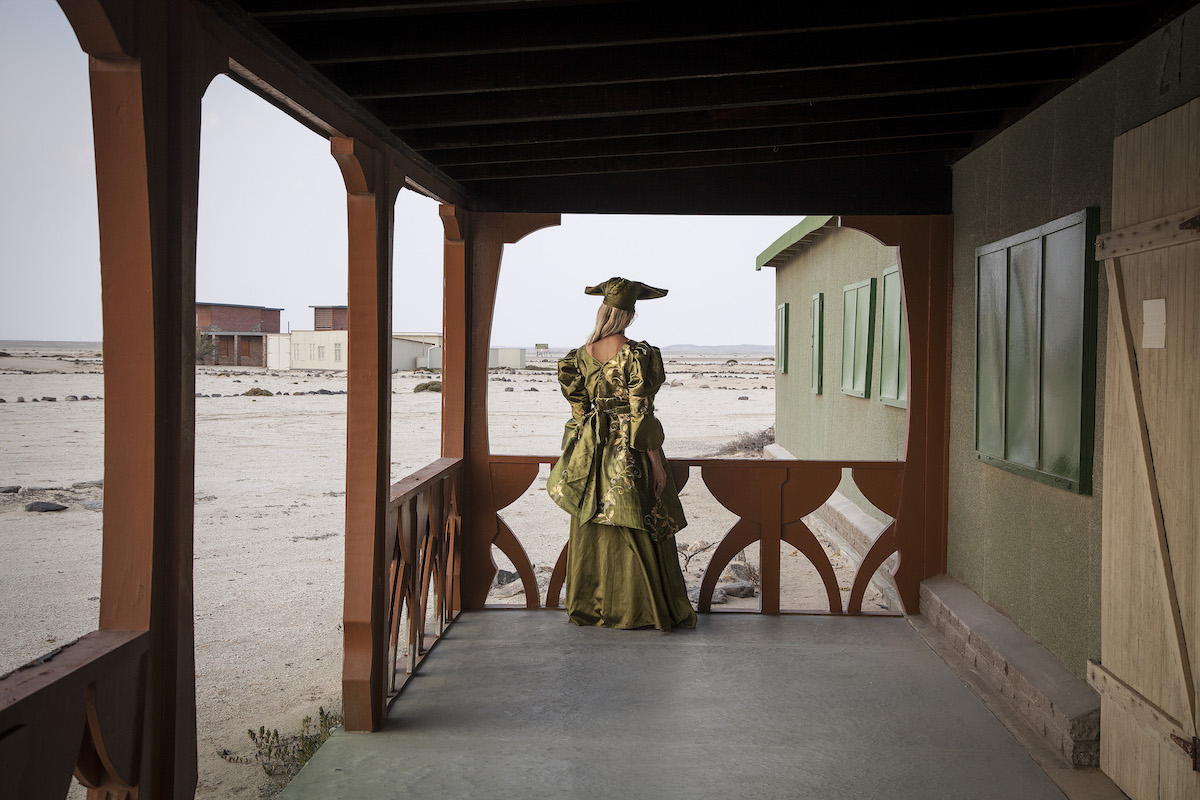 The Shape of Memory, Wlotzkasbaken, Namibia (2012) 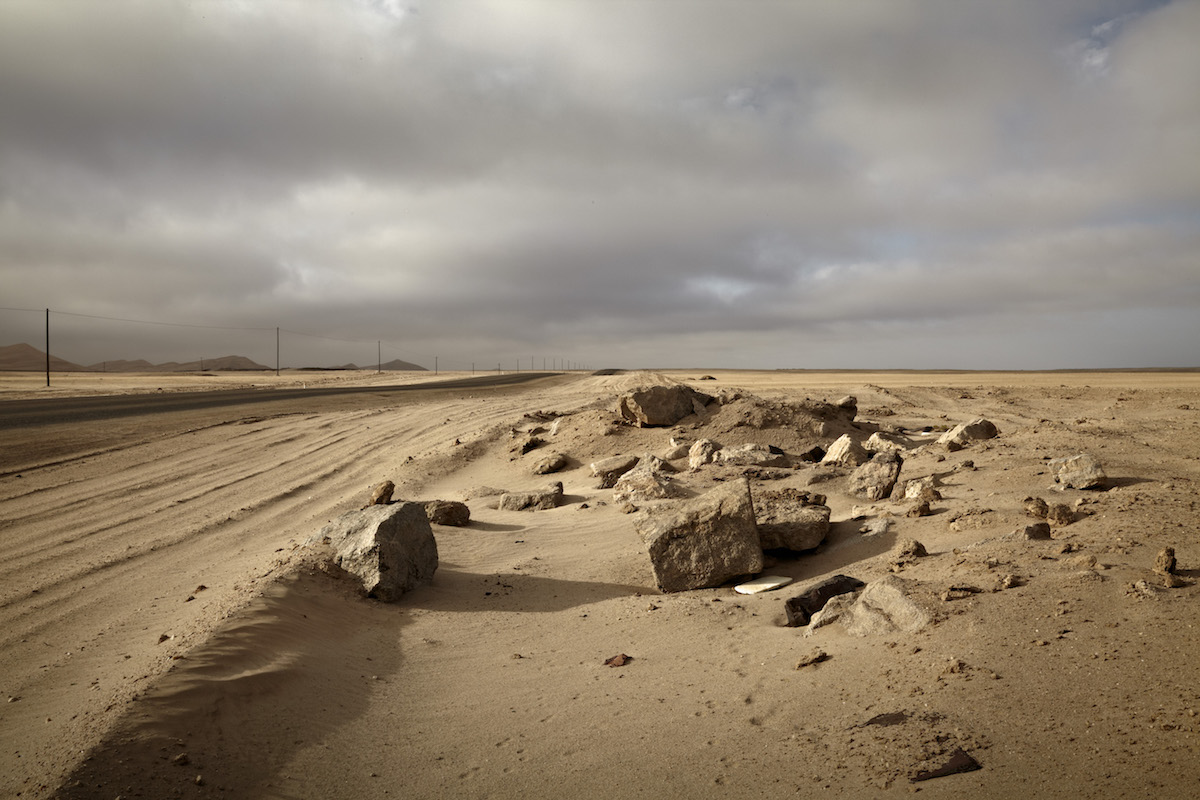 The Salt of August, Between Walvis Bay and Swakopmund, Namibia (2012)

Linkedin
RELATED ARTICLES
OTHER ARTICLES
In the latest instalment of Photographers in Conversation, the chronicler of raves, protests and beyond explains why he’s drawn to such specifically visceral environments.
The curators of a new exhibition are hoping to shed light on Plymouth’s vibrant but often overlooked nightlife.
The past five years have seen a staggering increase in foodbank usage across the UK. Now, staff fear things are set to get much worse.
50 years since its inception, and the campaign calling for recognition that capitalism depends on domestic labour is as pertinent as ever.
A new edition of a seminal book brings together iconic images of the band onstage in their full glory and backstage in moments of unguarded camaraderie.
Finland-born photographer Sirkka-Liisa Konttinen looks back on her decades-long documentation of life in Northern England.