Art & Culture / Photography / Inside the most intimate spaces in America 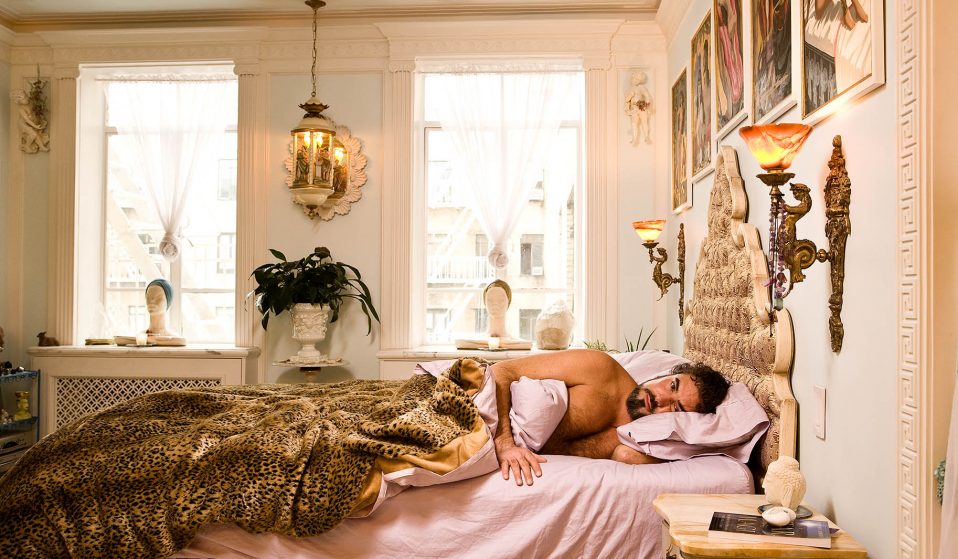 Lois Bielefeld has spent years documenting people’s domestic rituals, gathering insight into a diverse range of lives while navigatinh her own journey.

Lois Bielefeld has spent years documenting people’s domestic rituals, gathering insight into a diverse range of lives while learning to better navigate her own journey.

I’ll admit it: I’m nosy. I’ve always been fascinated by what people’s habits and personal spaces reveal about them. I think growing up with a mother who was legally blind made me more aware and empathetic, not just of how she interacted with the world, but of how the world interacted with her in comparison to me.

Growing up in Milwaukee, I often assumed that I had been adopted. I was the creative outlier of the family, safely tucked away in my fantastical make-believe world. My dad would watch TV while my mom tended to the household chores, my older brother busying himself with his collection of baseball cards. 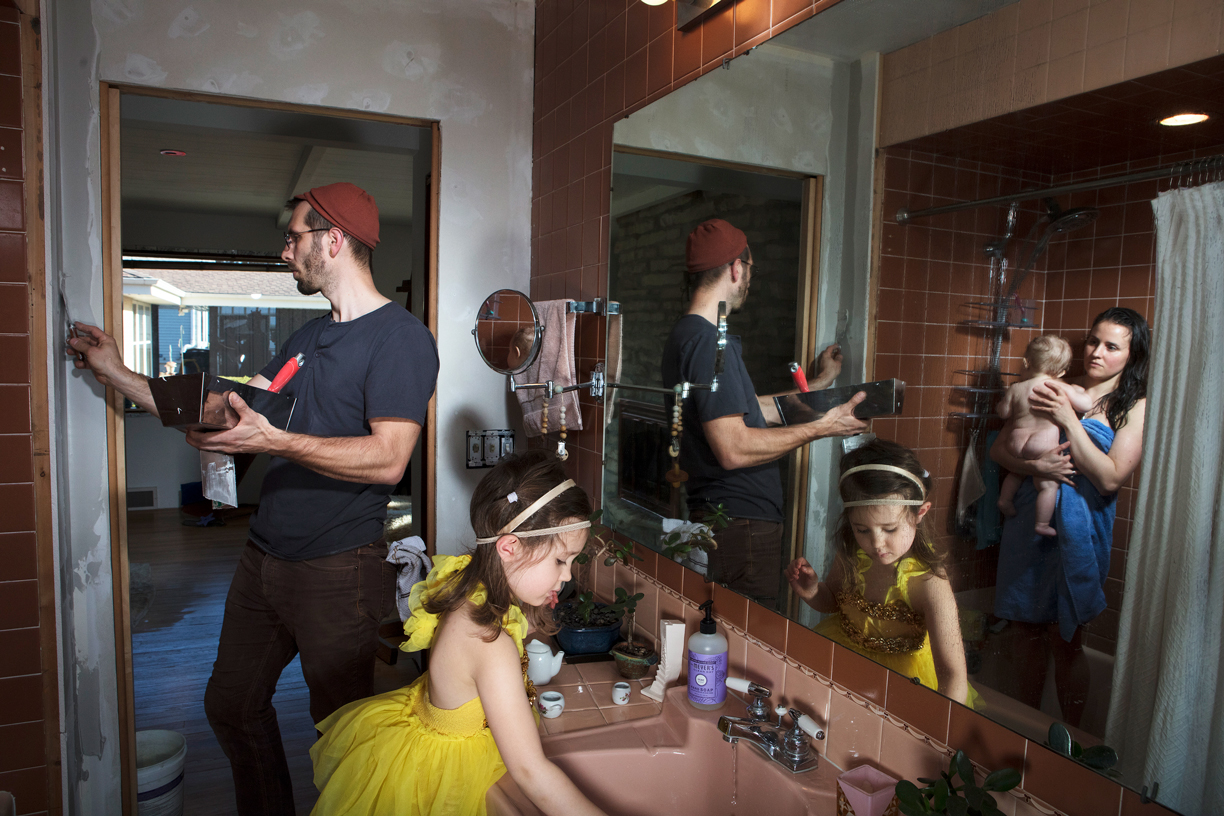 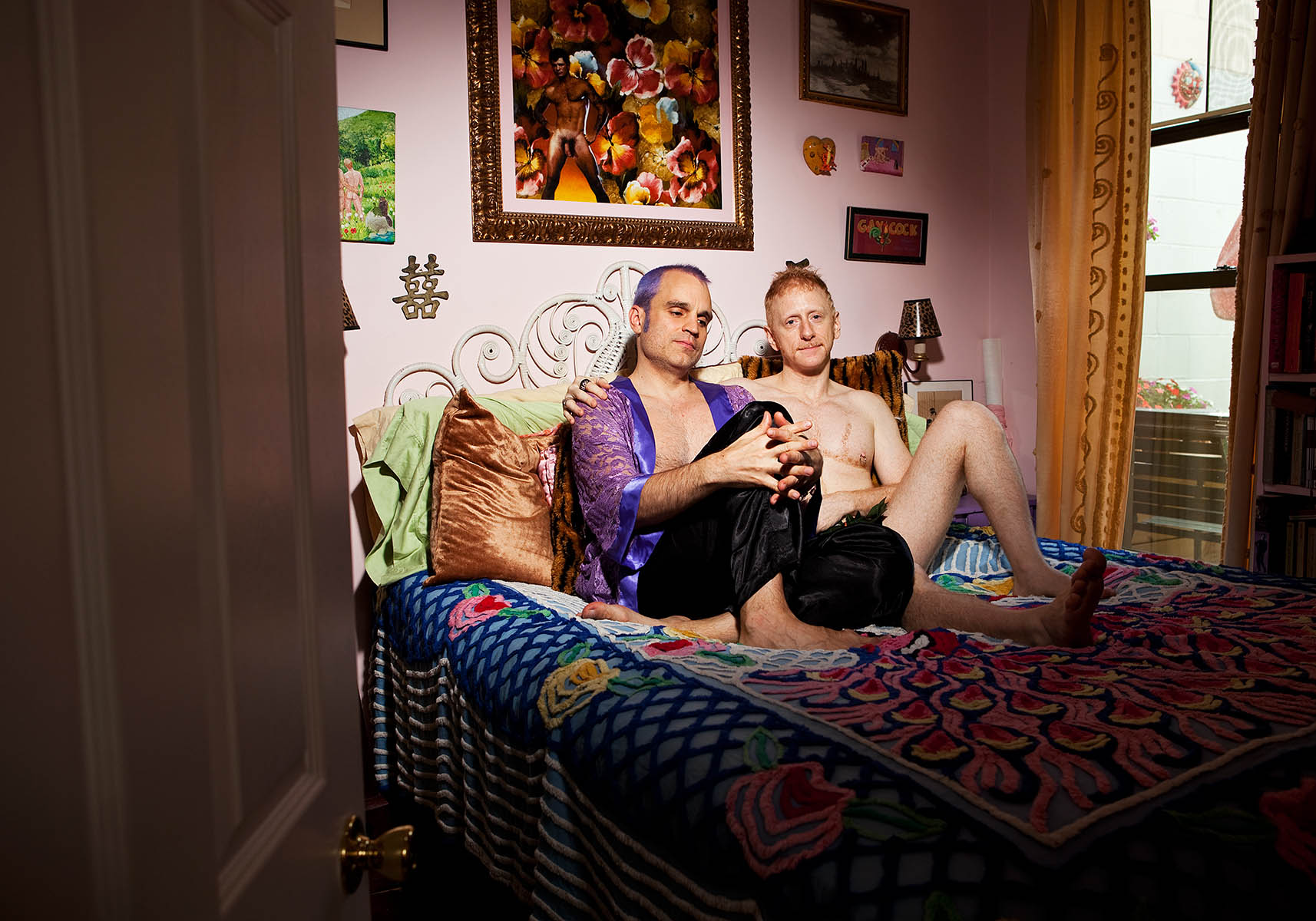 Scott and James, Manhattan, 2009, from The Bedroom

But as different as I seemed, my parents willingly indulged that creative side: pushing me to take extra classes at the local art school and helping me construct a darkroom in our basement. As a teen, photography gave me a voice and means to explore the outside world. But I never had any idea where that could lead.

At 18, I moved out of my parents’ home and tried to figure out my next move, puttering about with my camera in between working dual jobs at a sandwich shop and a movie theatre. Having been raised in a strictly Evangelical Christian environment, this marked a significant transition. 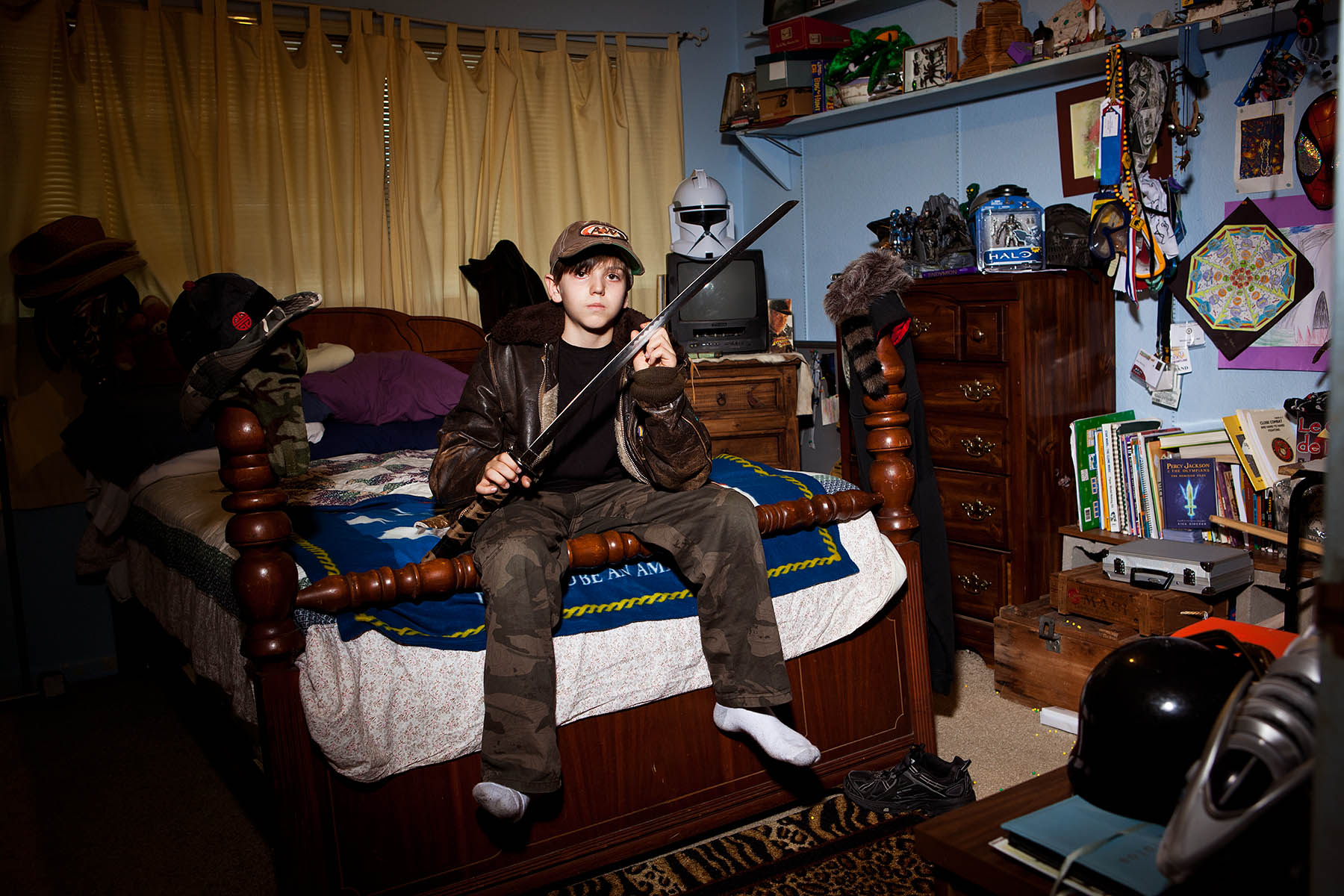 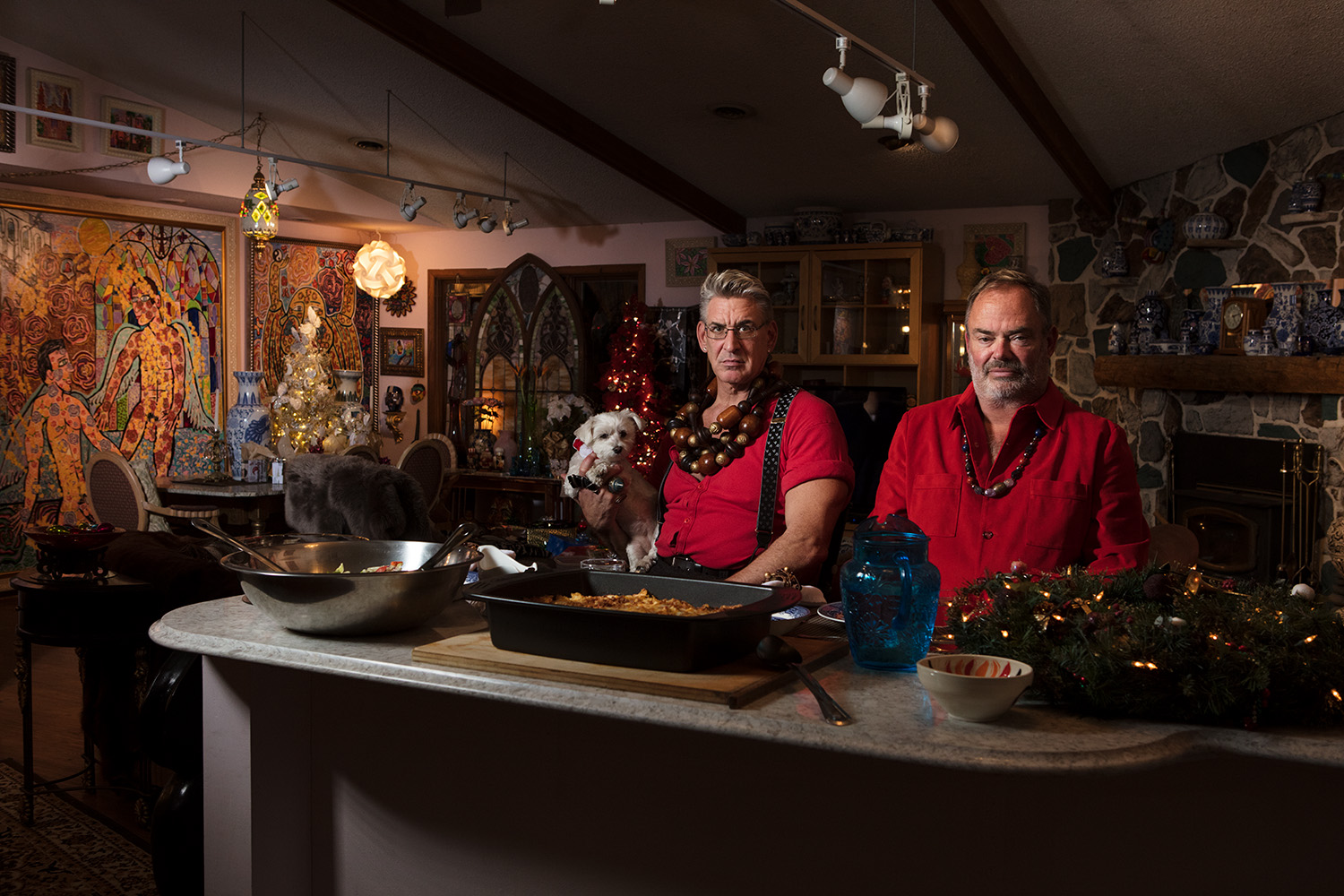 It took a fair amount of time to shed my parents’ outlook while developing my own ideas and beliefs – both about the world and my role within it. My early twenties would be filled with growth, uncertainty and countless turns in the road, but it all furthered that same sense of empathy and appreciation of diversity I’d had as a child.

By the time I graduated from photography school at Rochester Institute of Technology, I was married with a three-year-old and living in NYC. Navigating young motherhood and trying to make ends meet, I went through a long period of wanting to photograph but not knowing what to photograph. 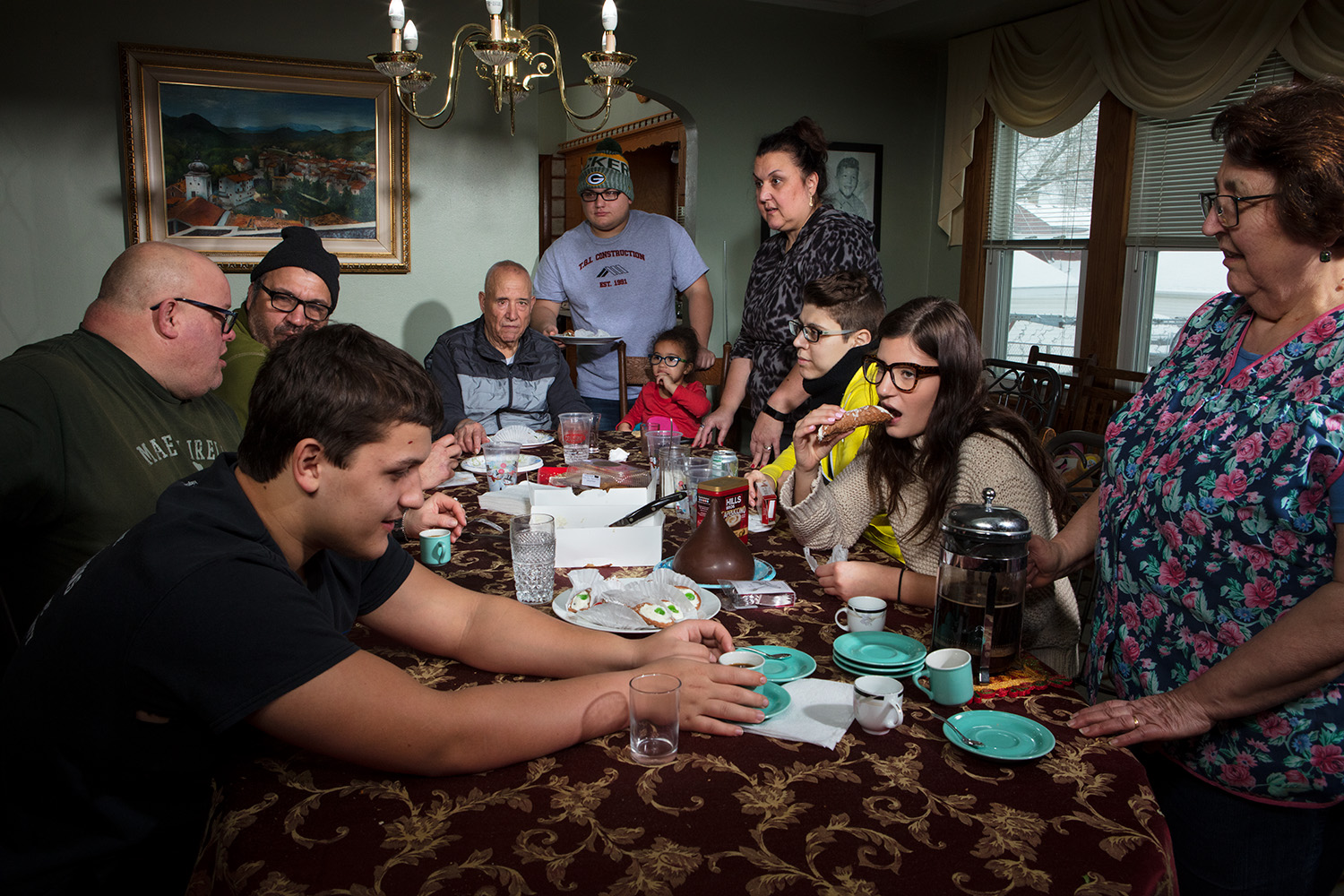 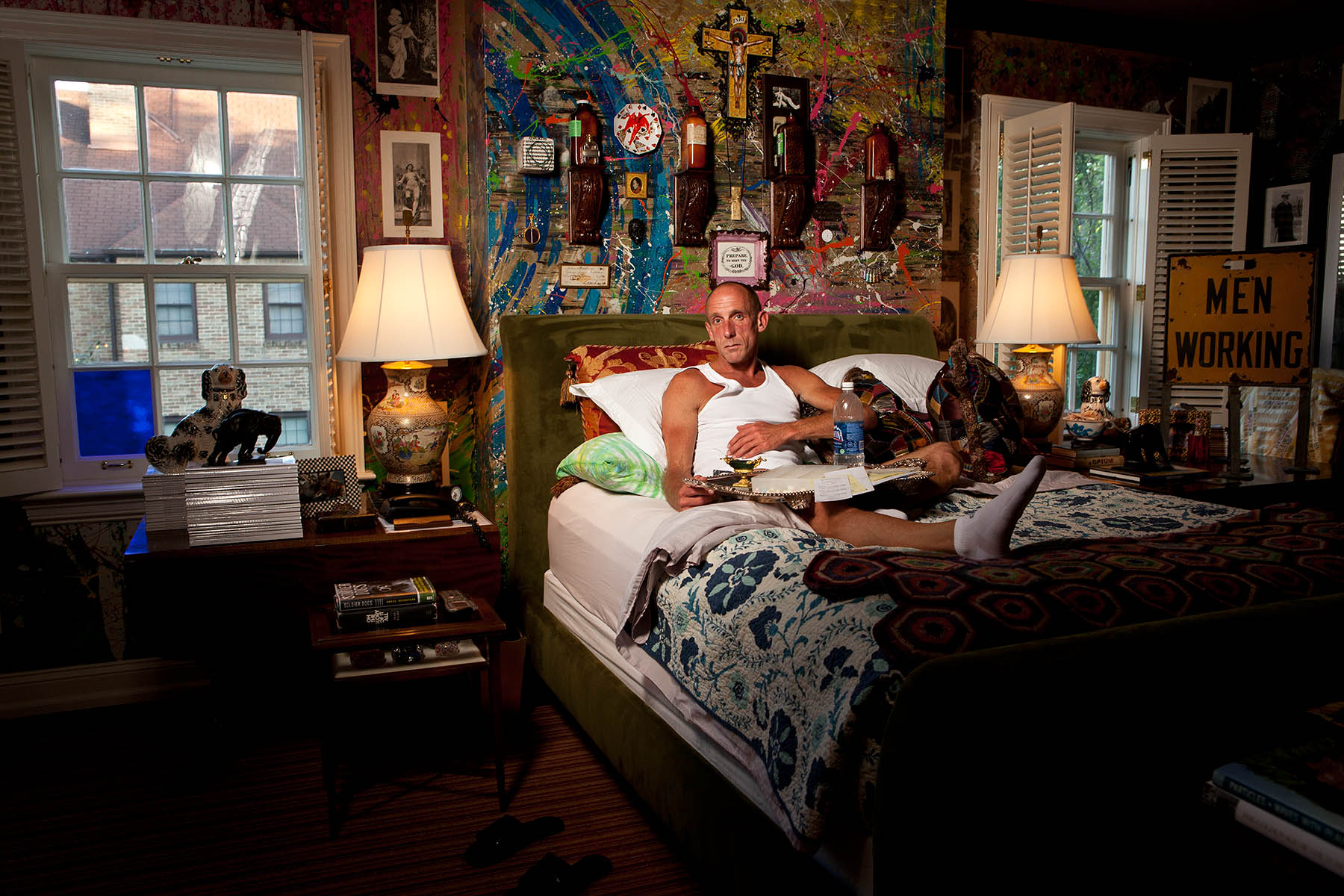 Then, in 2006, Rineke Dijkstra randomly took a picture of my daughter in Prospect Park for her Park Portraits series. At the time this just seemed like a cool thing that happened but, looking back, it monumentally impacted my career.

Up until that point I had been doing one-off shoots and portraits, never expanding into anything bigger. Seeing her work exposed me not only to series-based photography but also a different context for it to be seen: on the walls of a gallery rather than the pages of a magazine or website. 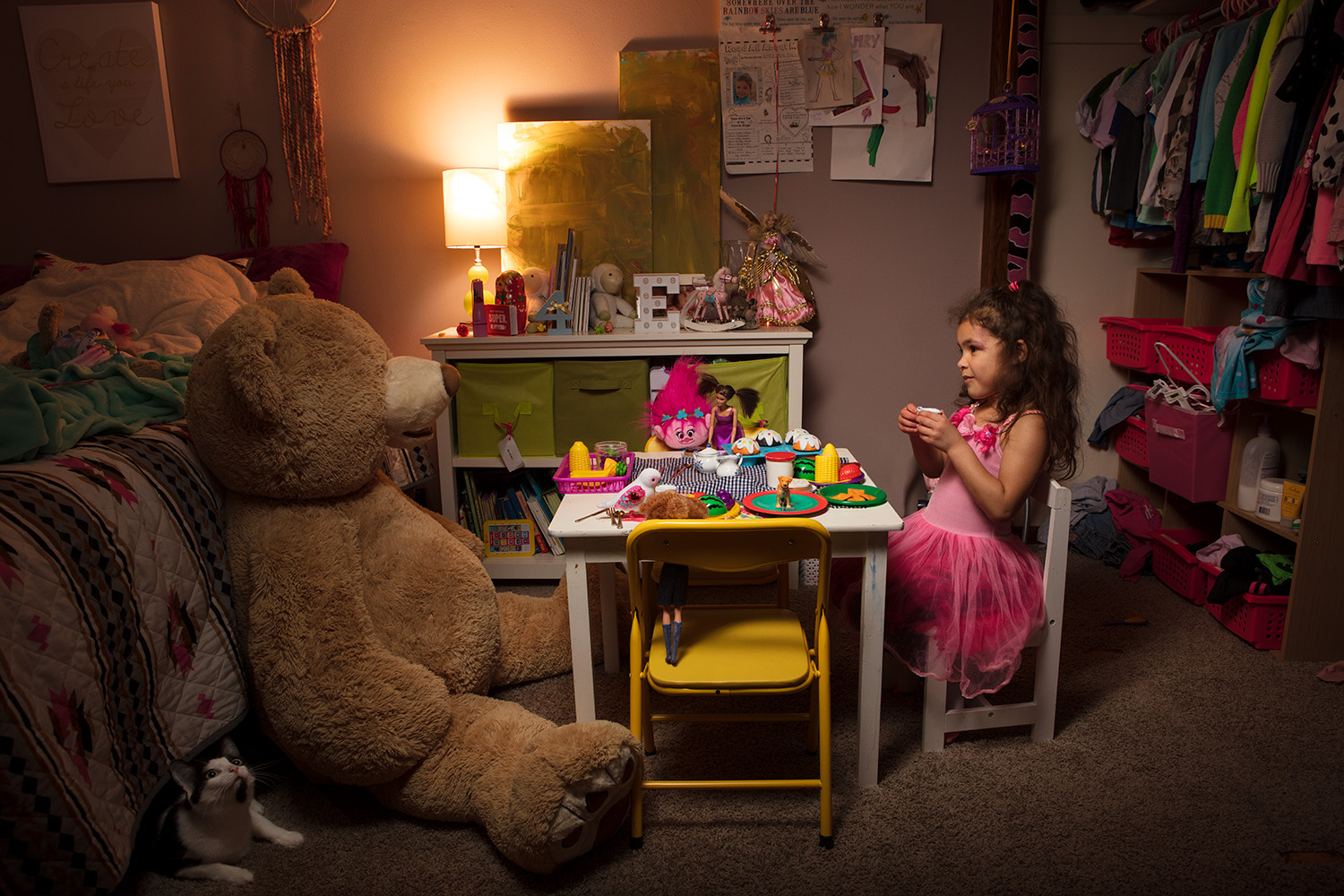 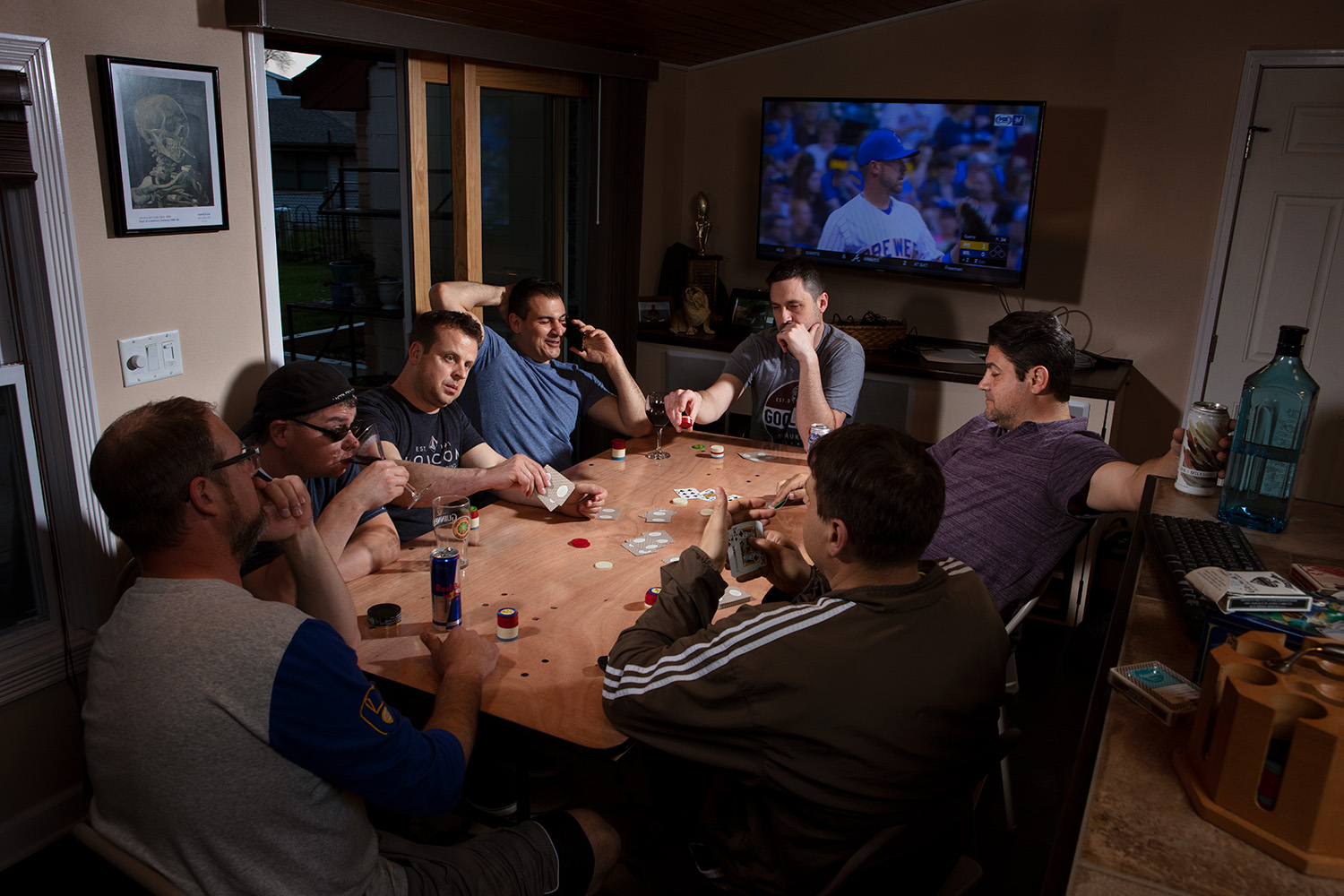 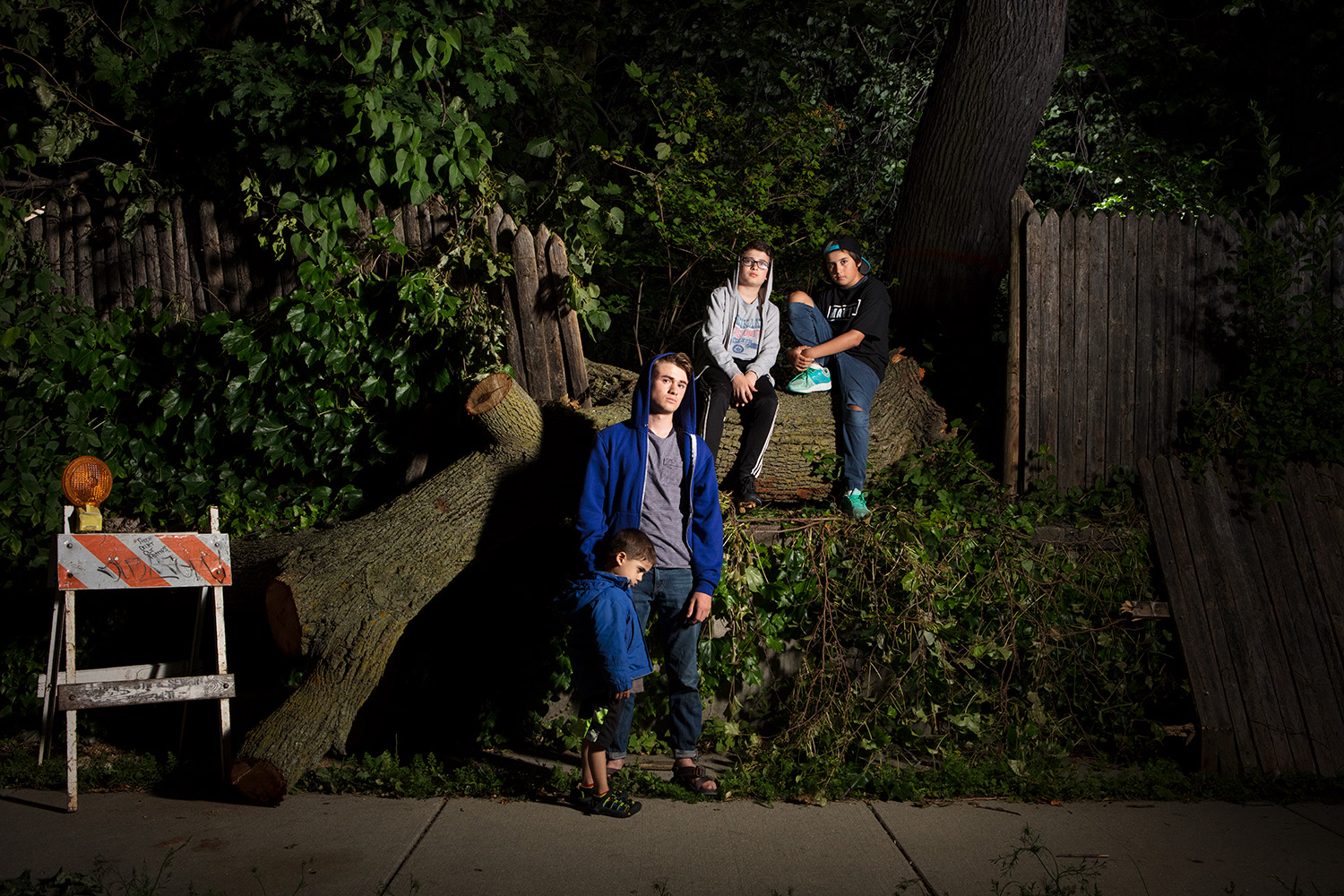 I started to hunger for a consistent project I could hone and nurture over time. I was also grappling with my identity and the dawning realisation that I was gay. Gradually I came out and started to come into my own. Photography gave me space for that.

In 2008, I began making lit portraits of people in their bedrooms, seeing how these intimate spaces reflected their lives. Then, two years later, I moved back to Milwaukee for an in-house photography job, which gave me the financial stability to develop more series-based portraits, like focusing on corporate workers and their lunches in a small, closed-off set that I made at work. In 2012, I received my first fellowship and soon began a new series about people’s typical weeknight meals. 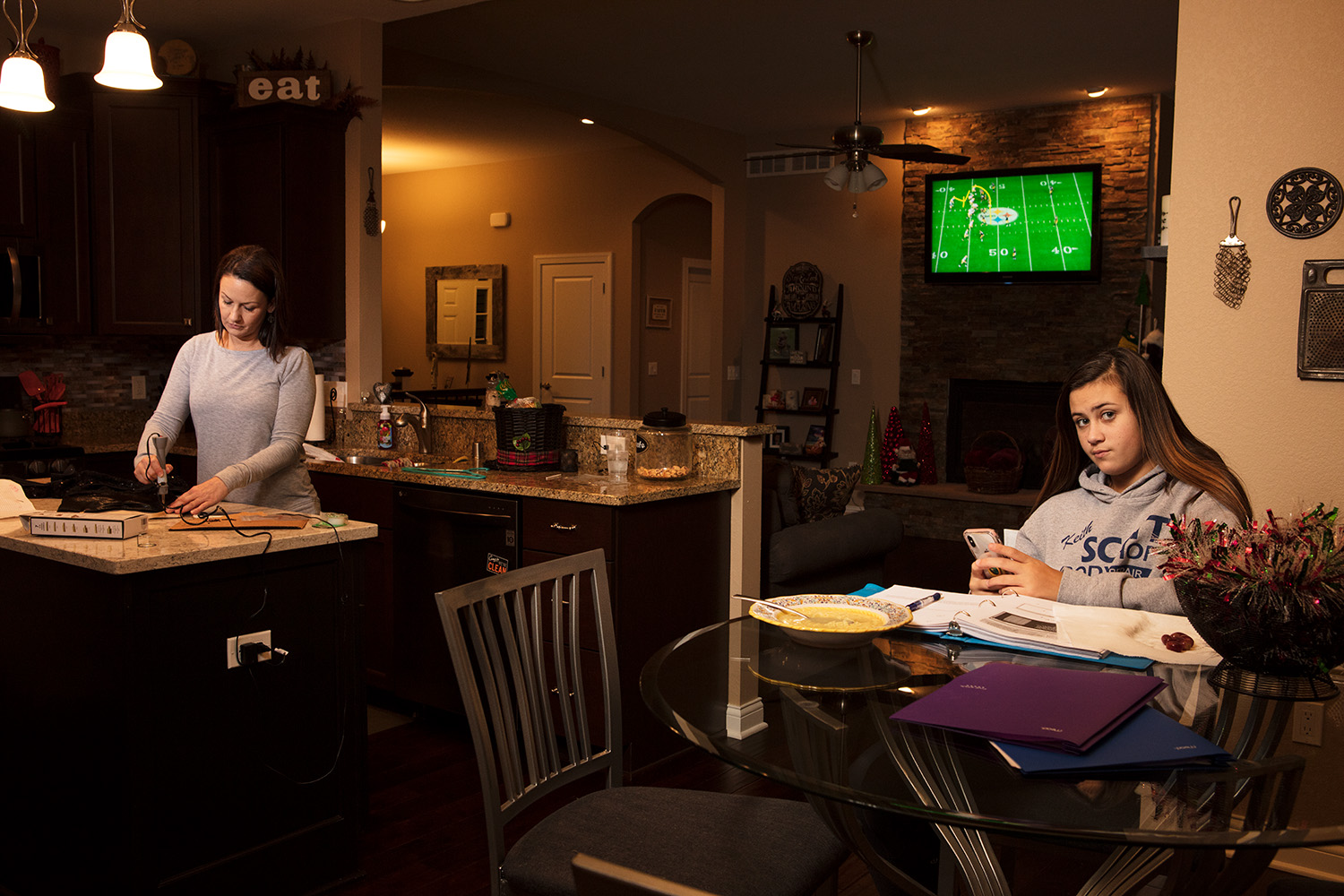 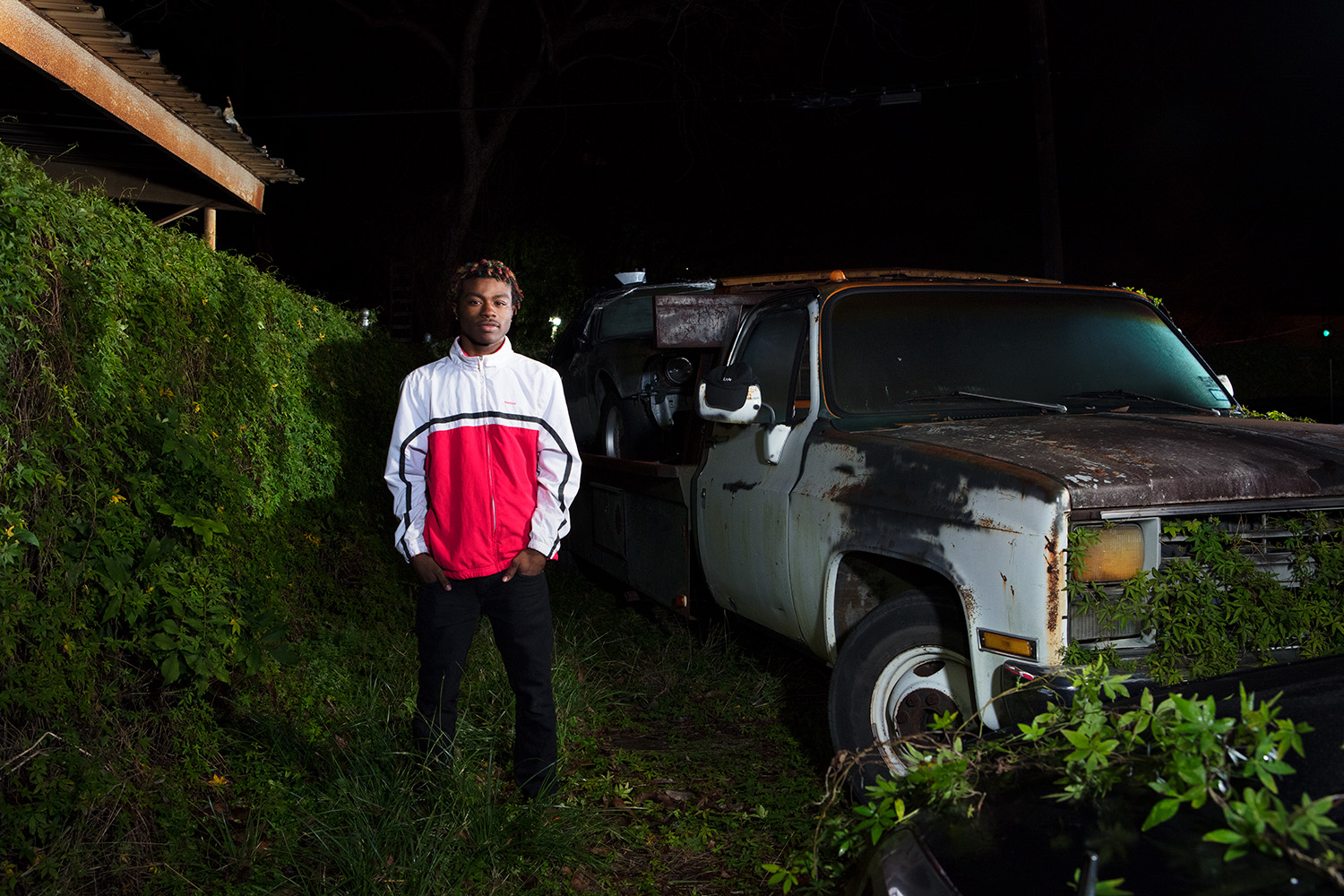 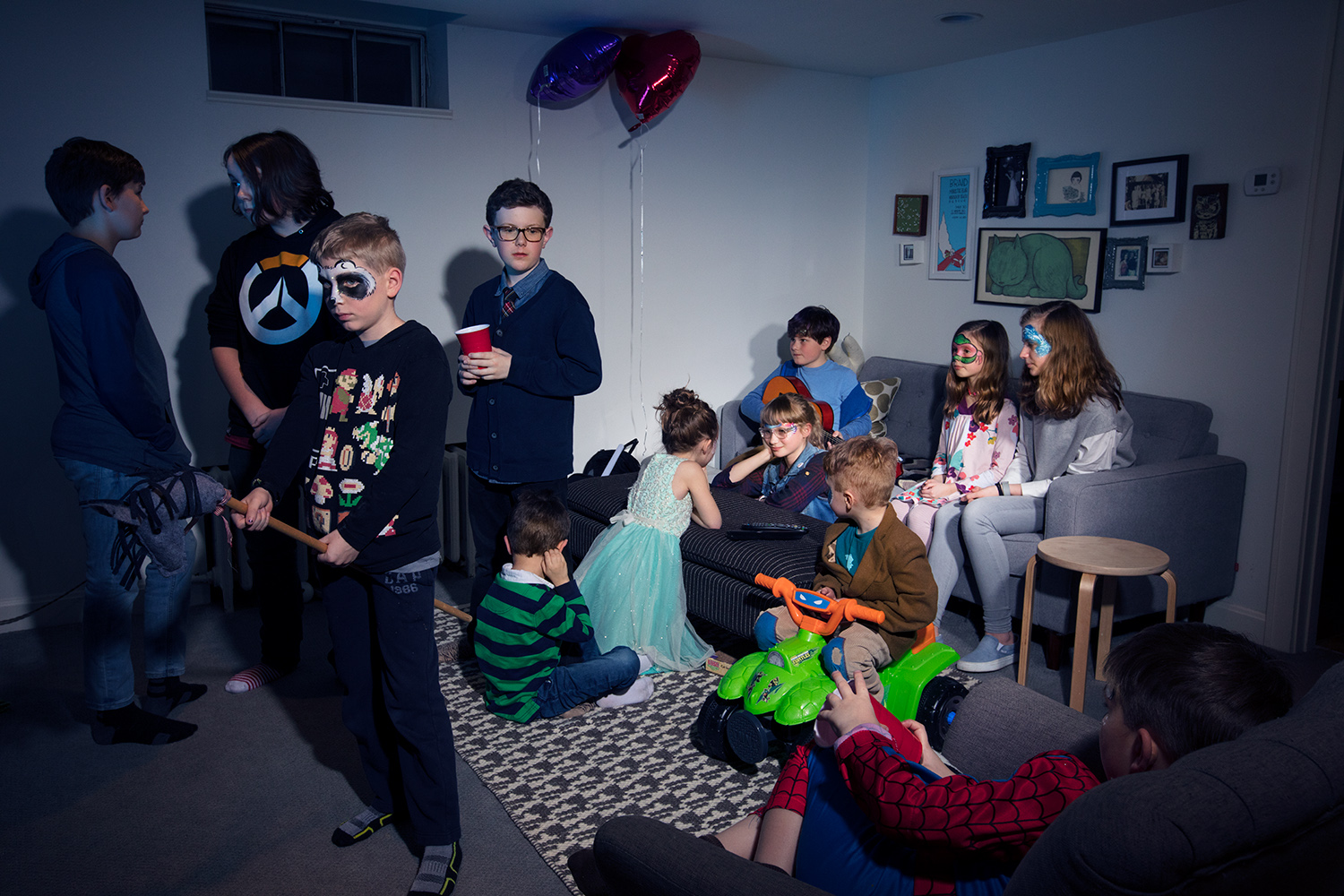 The thread that connects all these situational portraits is a desire to look at the who, what, when, where, and why of humanity. How I live today represents a 180-degree turn from my upbringing, which has made me recognise just how complex people are. Our journeys through life – shaped by family, environment, culture, peers, genetics, interpretations and memories of key events – are what I’m interested in.

When I was young, I thought photography was visual truth or evidence; today I toy with the fallacy of the photographic image. My pictures have an ethnographic bent to them yet they are staged and theatrically lit affairs. 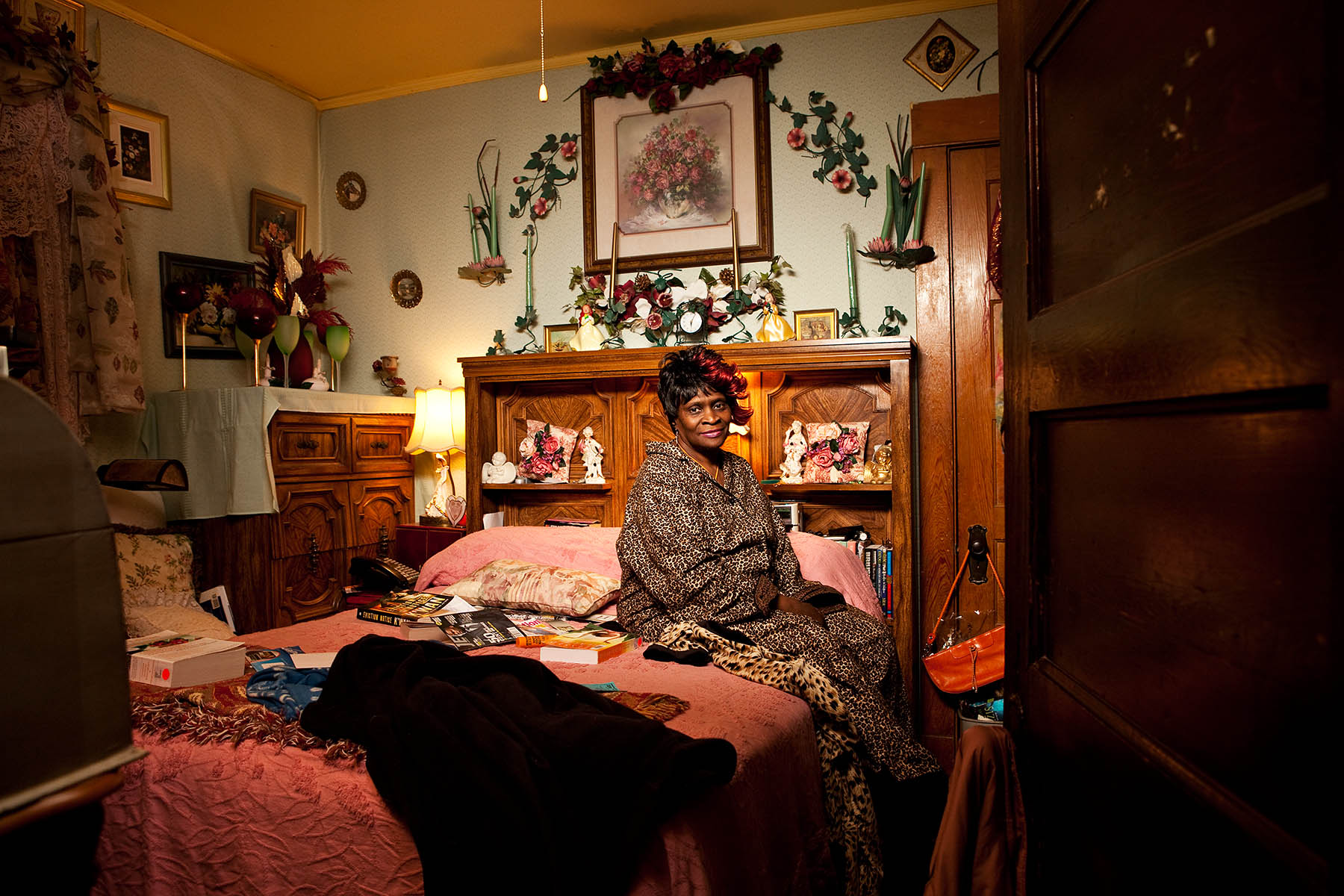 Willie Mae, Manhattan, 2011, from The Bedroom 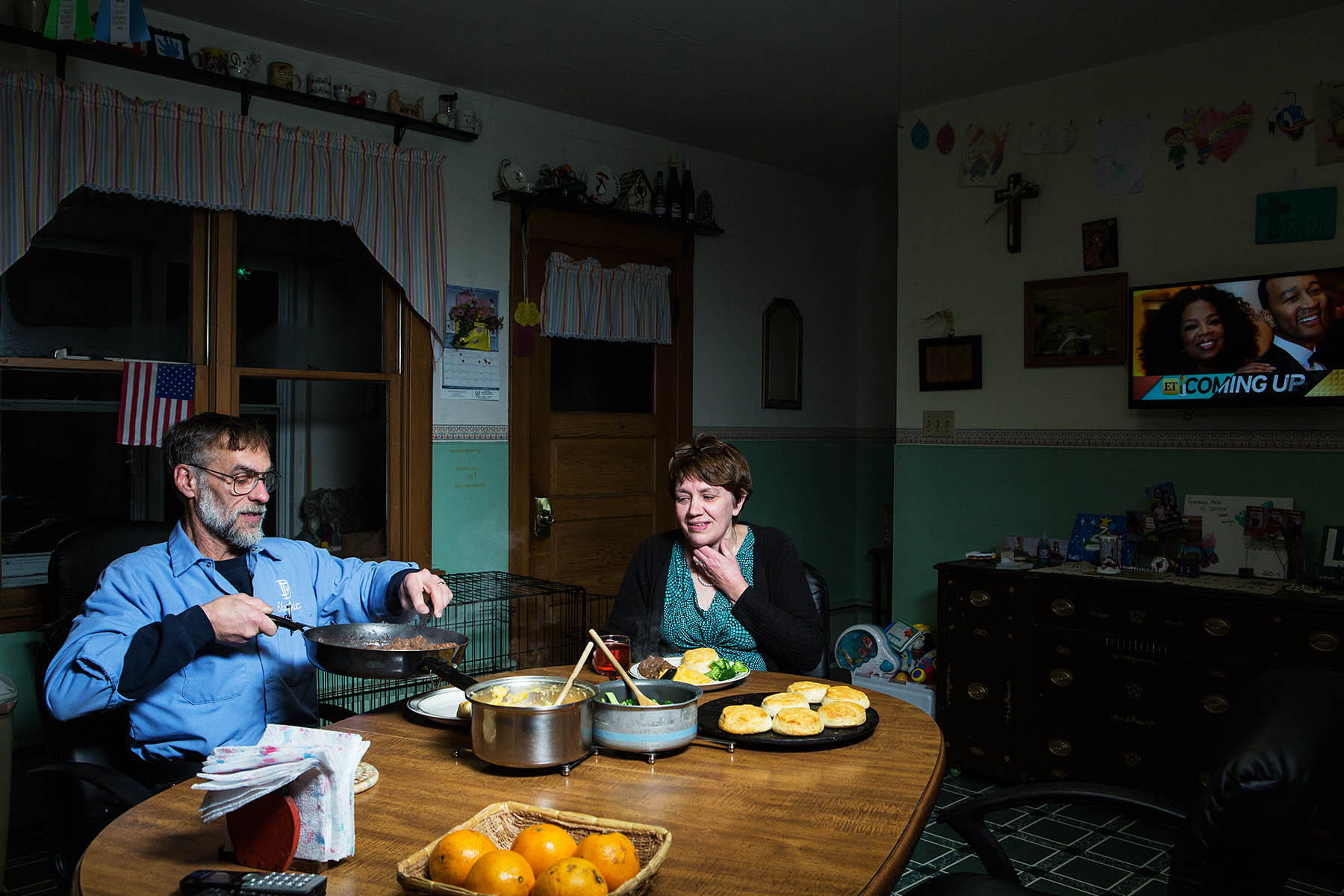 But context and time often have just as much impact on the work too. Ultimately it’s what each viewer brings to the photograph – their personal experiences, ideas, and judgements – that allows the work to form its own legs.

That openness is important. I allow each project to lead me wherever it will, adapting to whatever medium feels right for the series. It’s something I think about as I enter a new phase of my life. 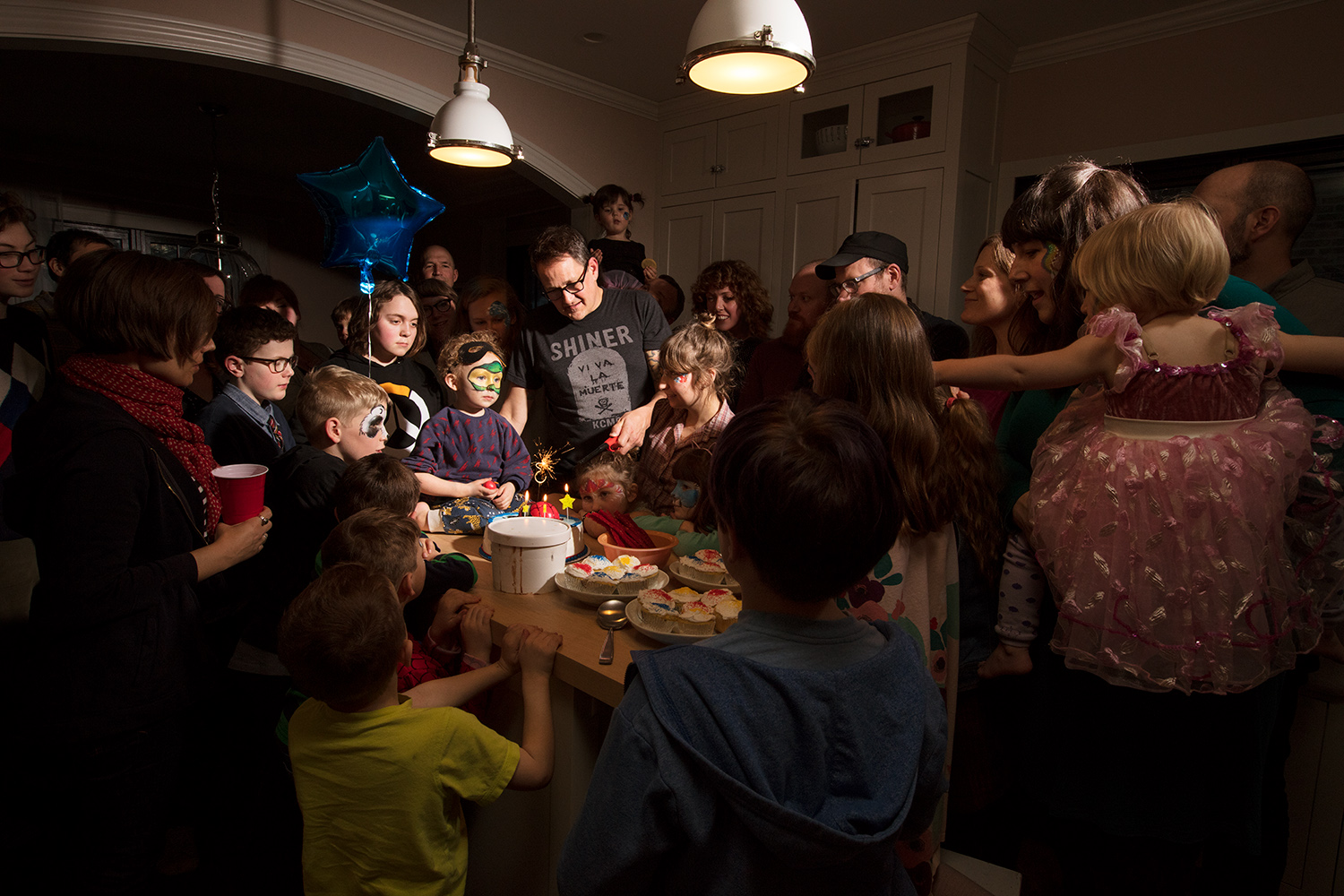 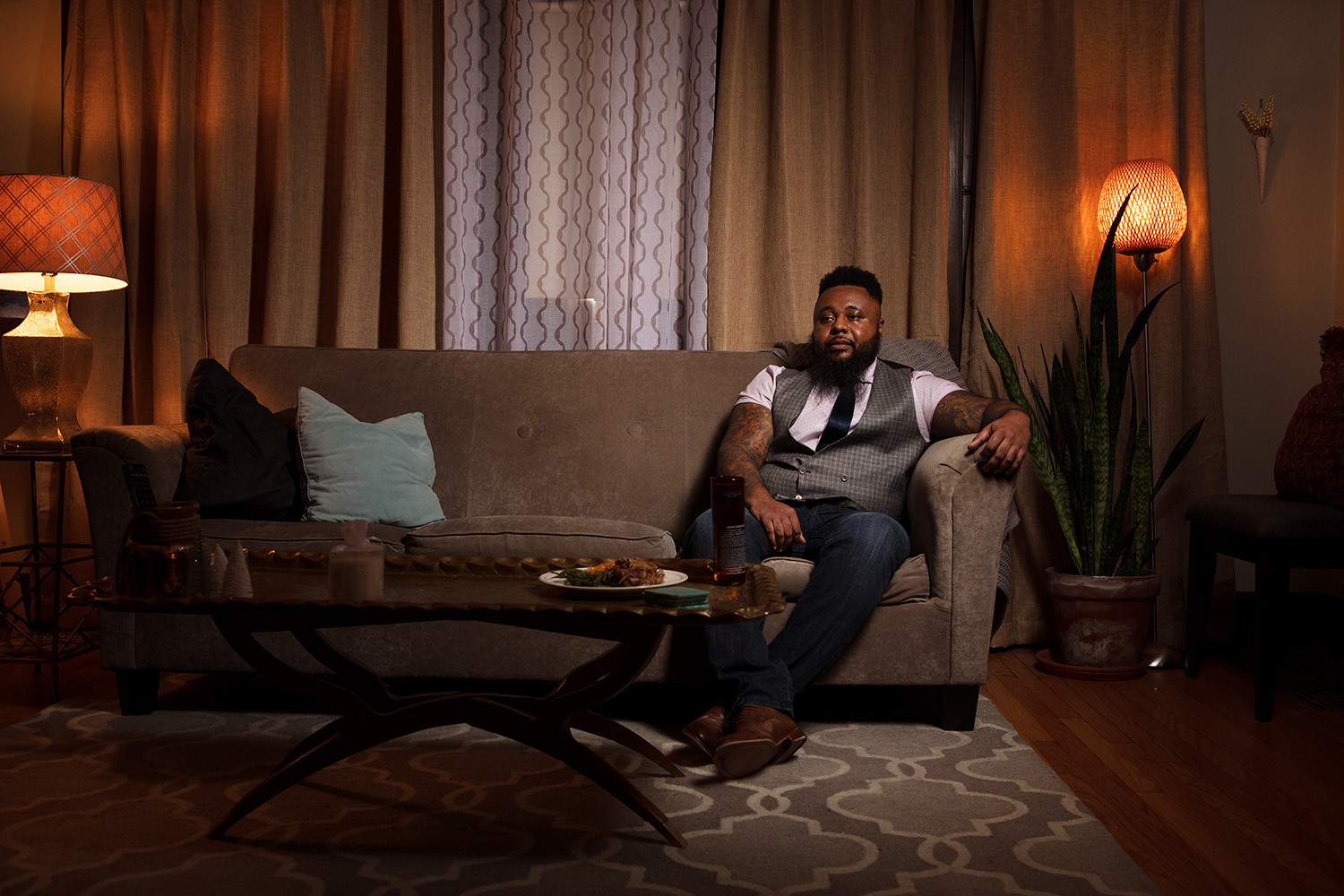 My daughter is off to university and my wife and I have moved to San Francisco’s Bay Area so that she can start a new job. I am curious to see how the West Coast will seep into my exploration of what domesticity looks like today. But much like the stories themselves, I’m ready to let life take me along for the ride.

Linkedin
RELATED ARTICLES
OTHER ARTICLES
To mark the anniversary of the mass trespass of Kinder Scout, a group of hikers came together with the intent of creating a new, fully inclusive culture for rural spaces.
The revered showbiz chronicler recalls his journalistic beginnings, documenting subcultural scraps in the ’80s.
In the latest OFFF Dispatch, the enigmatic designer dives into his process, connecting the dots between his unique and varied creative output.
From the Yakuza to a biker gang, Bruce Gilden recounts capturing Tokyo and Osaka in the ‘90s.
In our first OFFF Dispatch piece, the Arce Studio founder shares her tips on standing out from the crowd.
The government is scrapping the Human Rights Act in a move that will hit marginalised people hardest.