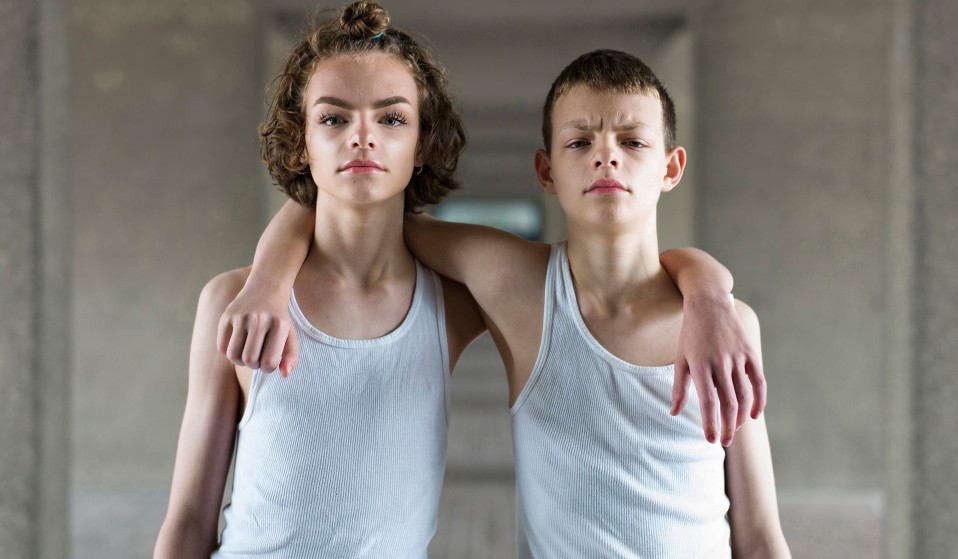 For the past three years, Peter Zelewski has been using photography to explore the unique, idiosyncratic relationships between different sets of twins, all while questioning how identical they really are.

For the past three years, Peter Zelewski has been using photography to explore the unique, idiosyncratic relationships between different sets of twins, all while questioning how identical they really are.

For the past three years, photographer Peter Zelewski has been contending with the question: how identical are identical twins?

As part of Alike But Not Alike – an ongoing project dedicated to exploring the similarities and differences between twins – the street portraitist spends his days navigating the crowds of London, intent on seeking out the city’s distinctive pairs.

The series first came about by chance, when Zelewski happened upon twin sisters Kira and Taya. With their symmetrical locks of fiery red hair and ineffable connection, the 14-year-old siblings were both intriguing and unsettling in tandem. 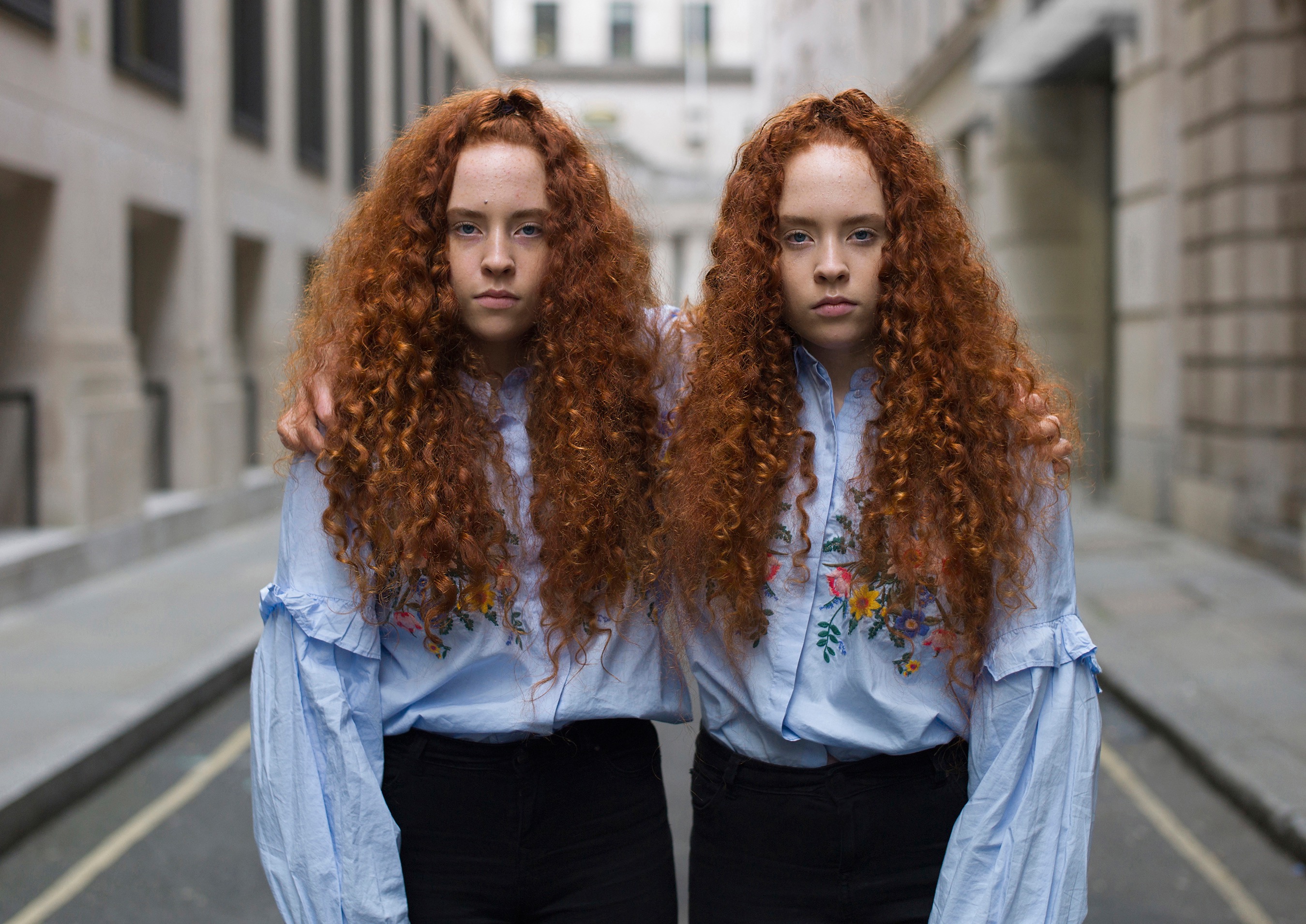 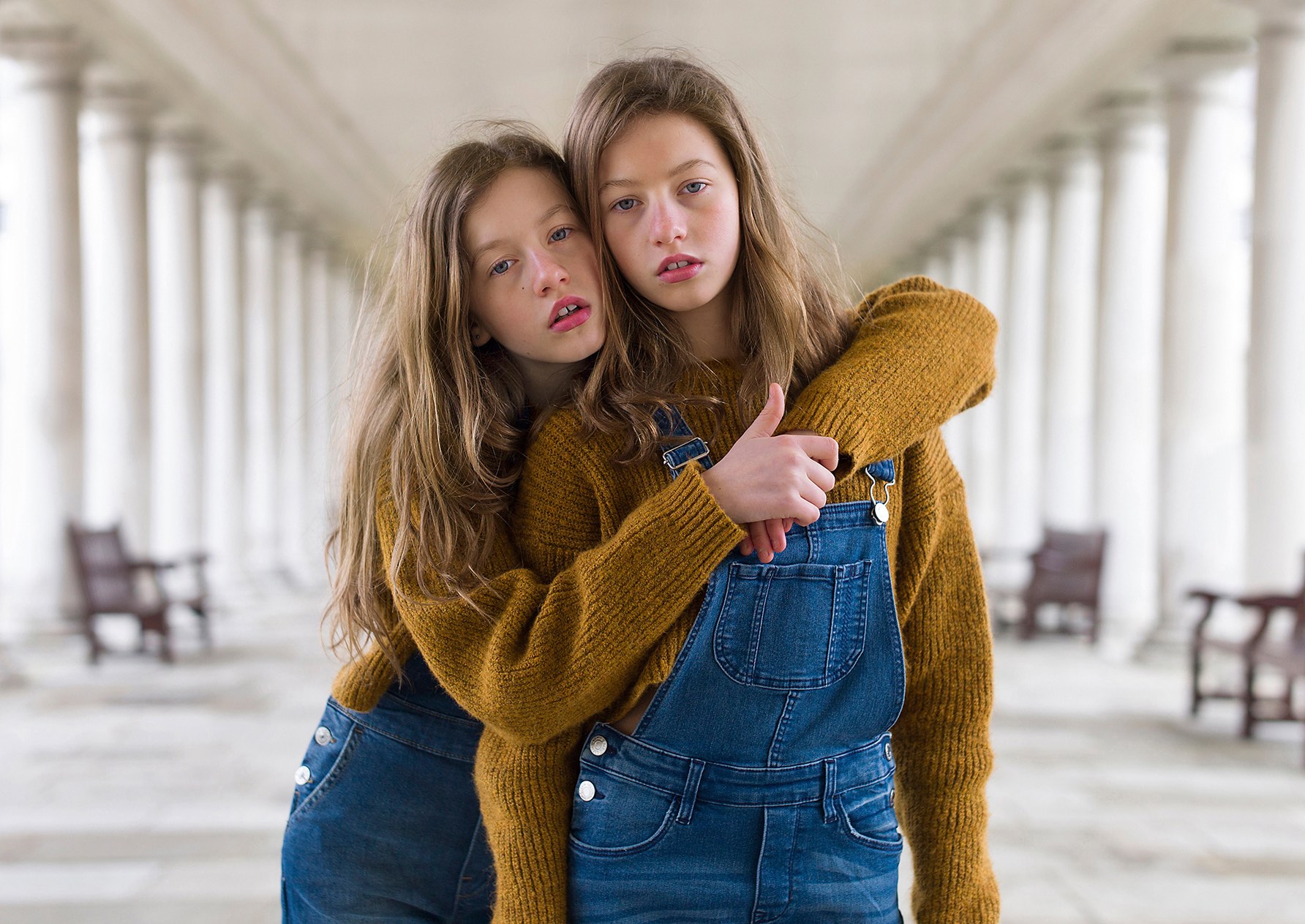 “They had everything I look for in portraiture,” he explains, recalling the initial meeting. “Connection, strength, power, directness, intrigue and a certain amount of unsettledness which I knew would command attention.”

“Additionally, there was something very unique about my meeting with Kira and Taya which had a lot to do with how the twins conducted themselves during the shoot. Their bond, their closeness and their uniformity gave the twins a certain air of confidence which seemed to invisibly unite them as one, it was fascinating. Needless to say, I was hooked.” 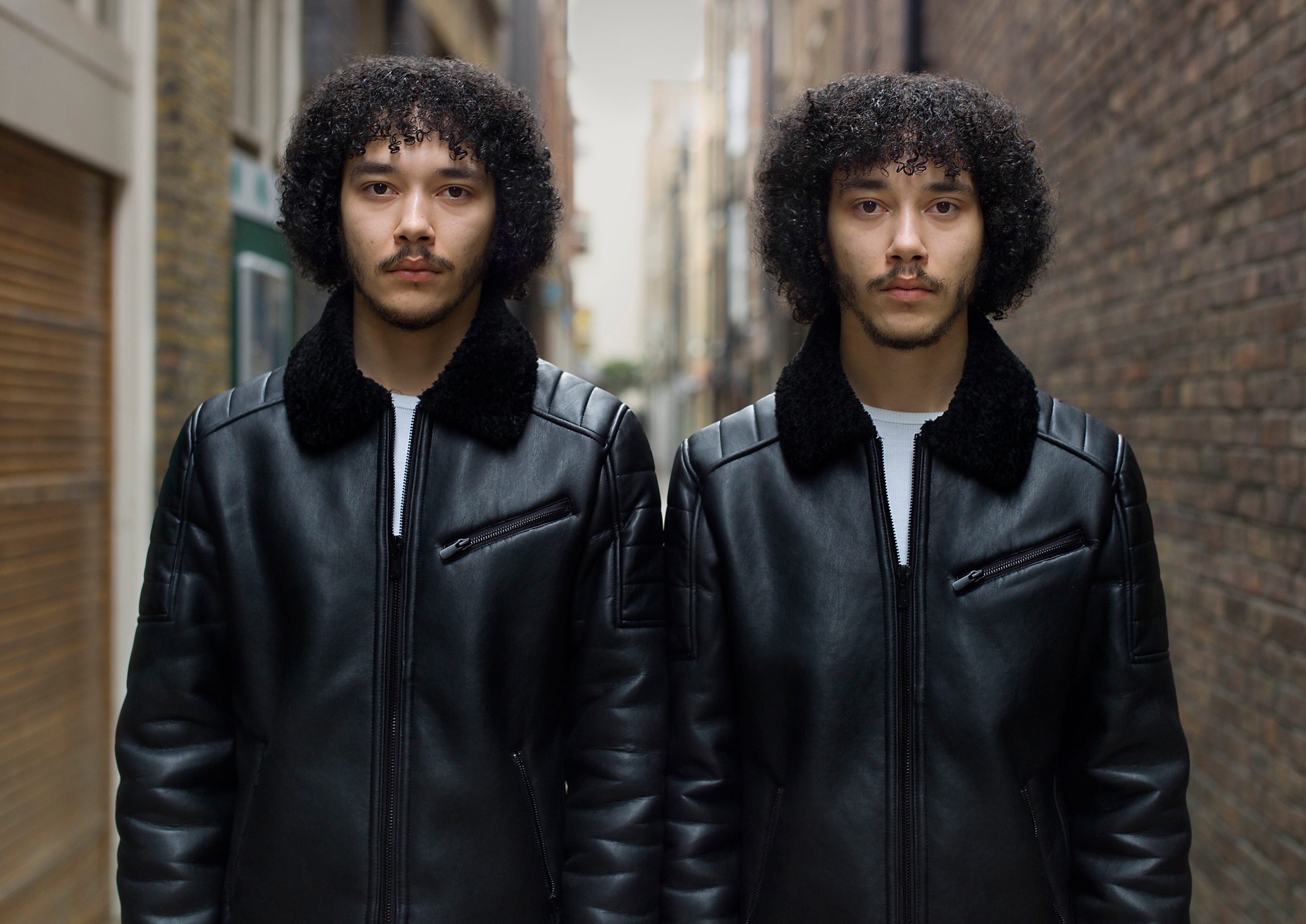 Photography has long been fascinated with the visual symmetry of identical twins (see: Diane Arbus, Mary Ellen Mark), but, in Alike But Not Alike, Zelewski – who was born in Detroit but moved to London in the ’80s – looks beyond their indistinguishability.

Along with the portraits, Zelewski features excerpts from conversations with his subjects (or, where necessary, their parents), helping to further illustrate the intricacies of their respective bonds. Since the project began, he has photographed over 40 sets of twins. 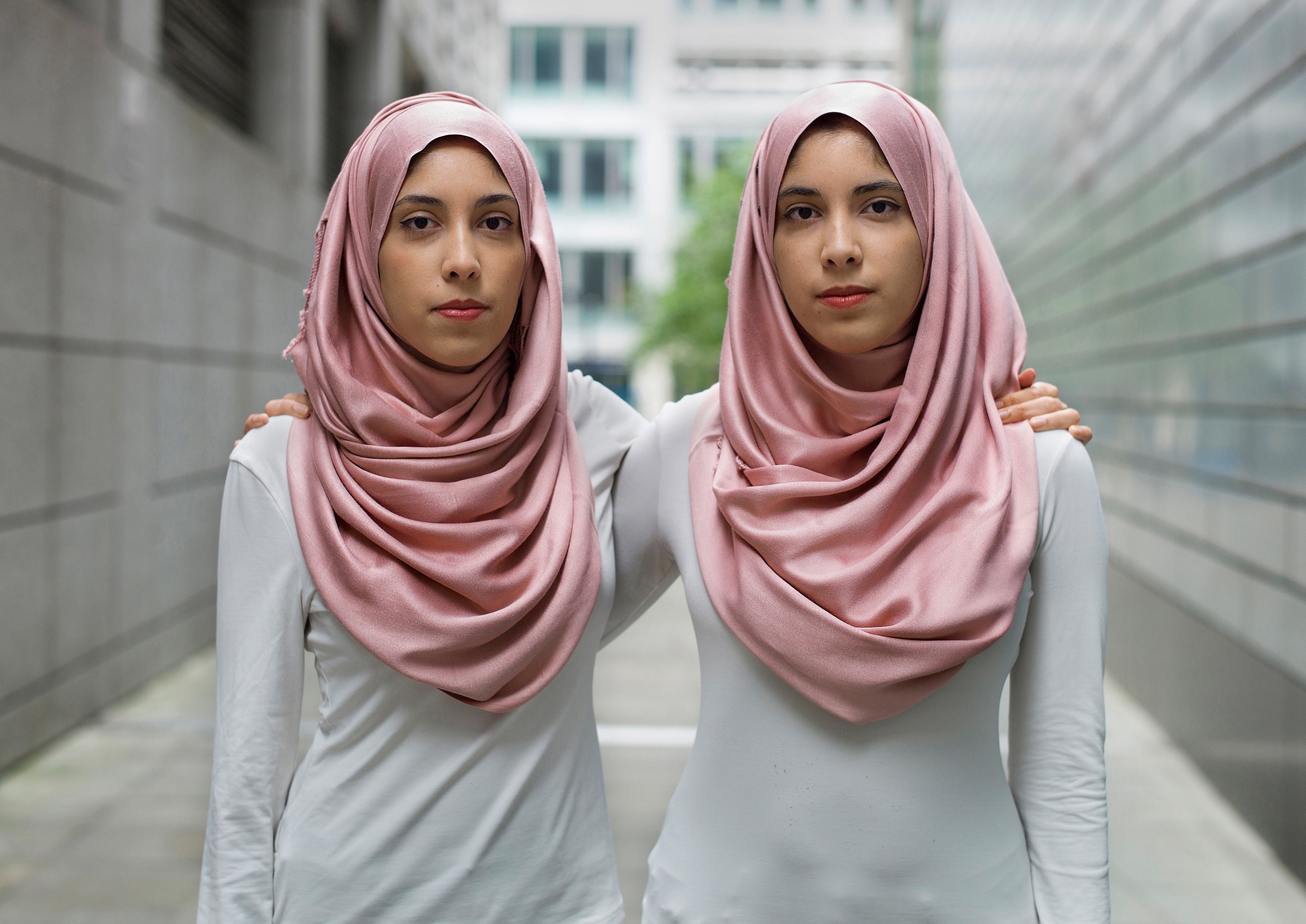 There are Hermon and Heroda who both inexplicably lost their hearing when they were just seven-years-old, as well as Sophie and Polly, a pair of monozygotic twins who are so identical they have matching fingerprints – meaning their DNA is virtually indistinguishable. Meanwhile, Chloe and Leah, a pair of 13-year-old sisters, claim to be so close that they can feel each other’s pain.

“When I first started the project, it was without a doubt [the] visual attraction which I found most interesting when taking portraits of twins,” Zelewski adds. “But, as the series progressed, it was the subtle differences that became equally interesting.”

“One example is 15-year-old brothers Duke and Joe. Although they are identical twins they couldn’t be more different, both in their physical appearance and personalities. By stripping down the background and photographing the boys in plain t-shirts, I was able to let their different personalities shine through.” 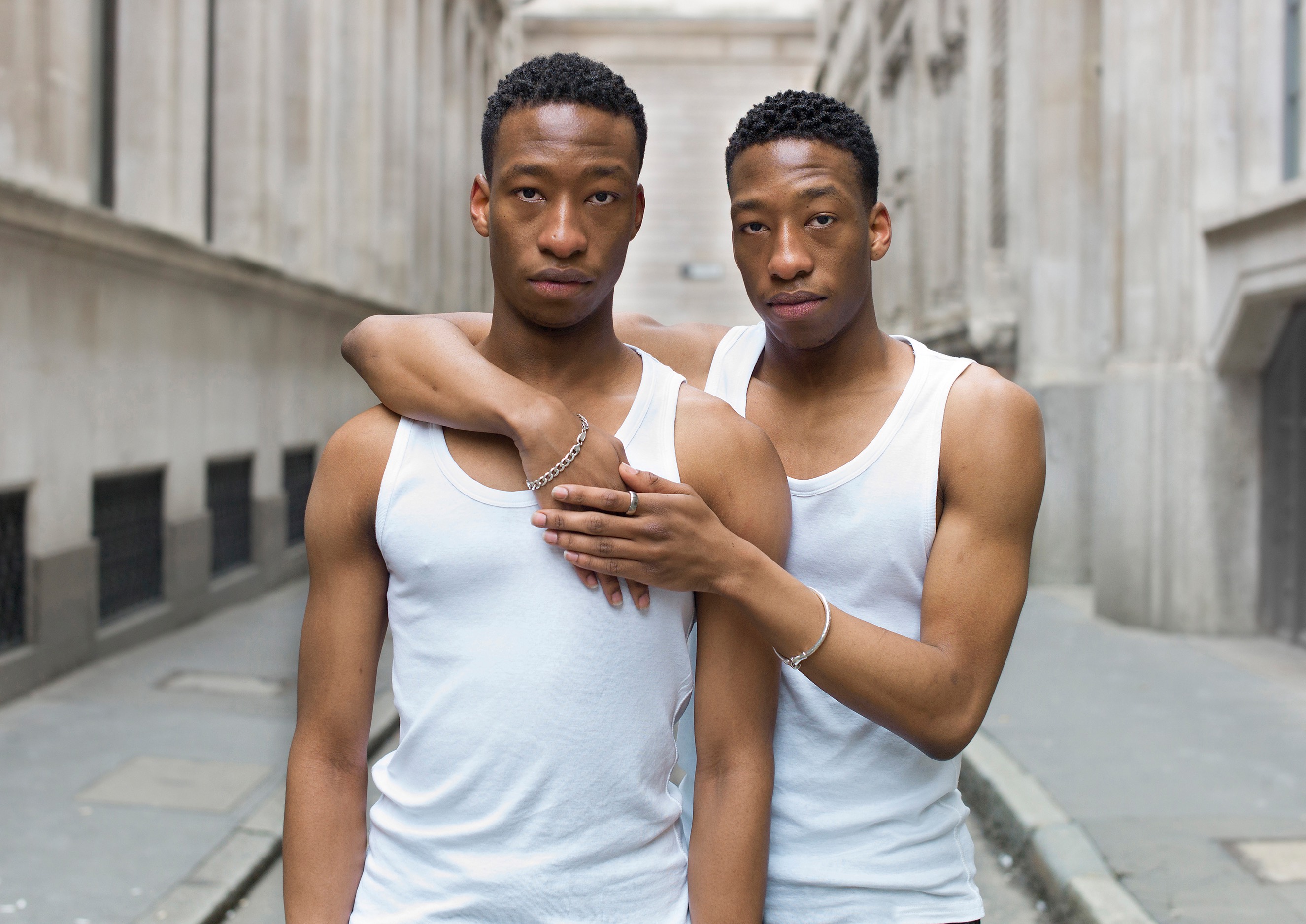 The more time he spent photographing different sets of twins, the more Zelewski began to notice their individual traits. Through personality, stance, expression and subtle dissimilarity in close-up features, each twin makes their respective presence felt. In one portrait, Zelewski manages to encapsulate both their collectivity and distinct singularity.

“Seeing and experiencing the intimacy of the twin siblings first hand certainly re-enforced what I didn’t share with my own ‘non-twin’ older brother.  Perhaps this is why most people who grow up with no siblings or who have experienced sibling rivalry, like I did, finds the strong bond between identical twins so incredibly fascinating.” 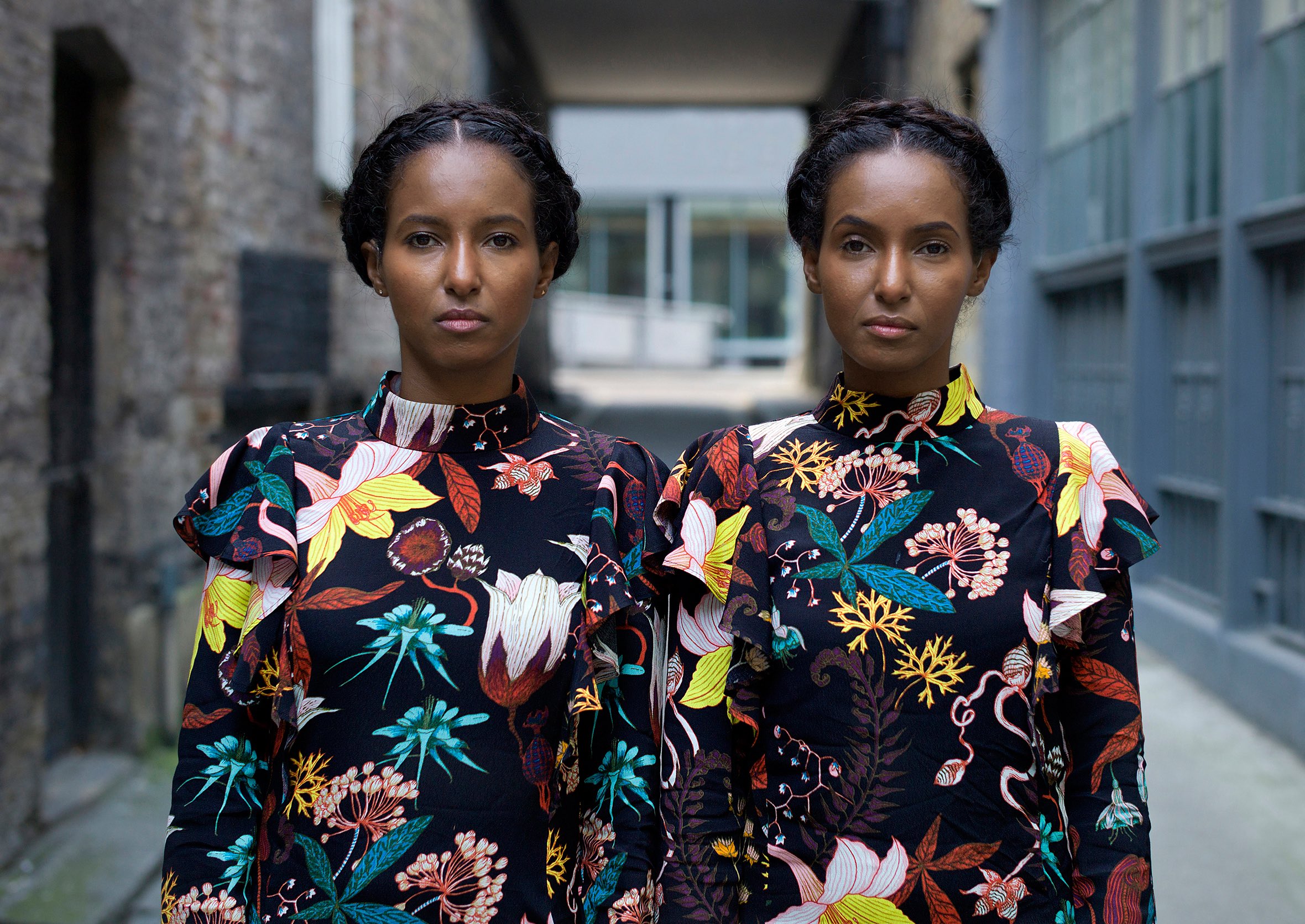 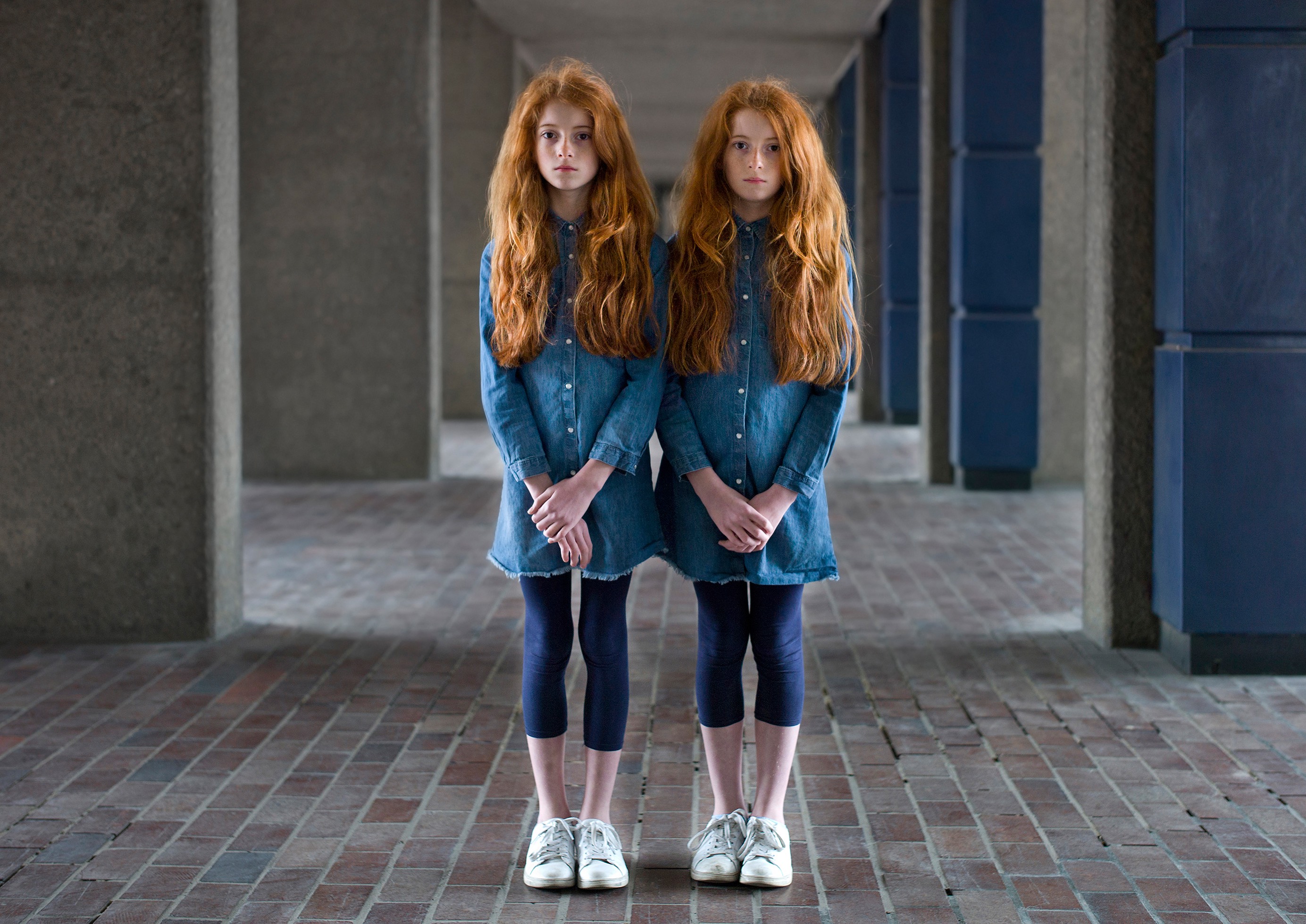 Portraits from Alike But Not Alike are currently showing at London’s Hoxton Hotel Gallery until May 22.

Linkedin
RELATED ARTICLES
OTHER ARTICLES
After blocking the Scottish government’s gender recognition reform bill, Westminster is now devising further changes to the law to make it harder for trans people to self-identify.
A new film from Berghaus traces the story of Adam Raja, who left behind a turbulent upbringing to discover the healing power of climbing.
Mass crustacean die-offs in the North East have led a community of fishermen to take action to save their seas.
A new law change is enabling Britain’s donor-conceived children to know the truth about their origins – but campaigners say the fertility industry must do more to protect people.
Yohon Tatum, aka Legendary Father of the House of Tisci, reflects on nurturing a new generation of talent.
A group of aid workers face prison for helping to save people fleeing their homes at sea. If they are charged, it will have a chilling effect on humanitarian efforts.