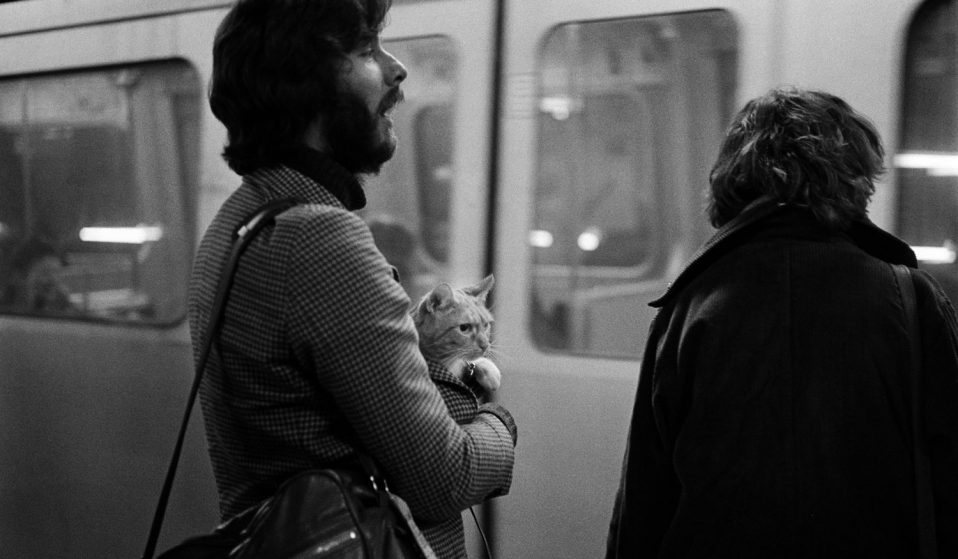 Between 1970 - 1980, photographer Mike Goldwater wandered the ‘labyrinthine’ system under the city, documenting people as they travelled from place to place.

Between 1970 - 1980, photographer Mike Goldwater wandered the ‘labyrinthine’ system under the city, documenting people as they travelled from place to place.

As a young photographer in the ’70s still honing his craft, Mike Goldwater was fascinated by the London Underground. A “labyrinthine” system with limited lighting, he saw it as a technical challenge: how, despite the conditions, could he produce strong images there?

Back then, the Underground was a markedly different beast. Smoking was allowed, busking was strictly forbidden, while old ticket booths were an important fixture at every station. (Oyster cards were still decades away.) For Goldwater, it was a special place to document from the get-go.

“Almost everyone on the tube travels with a purpose and a destination,” he says. “On the days that I chose to photograph on the underground I would travel on a whim; jumping on and off trains, wandering a corridor here, taking an escalator there, lingering at places that felt that they might produce interesting images. This set me apart from everyone else. I felt in some way I could enter a different time, a sort of time in-between.” 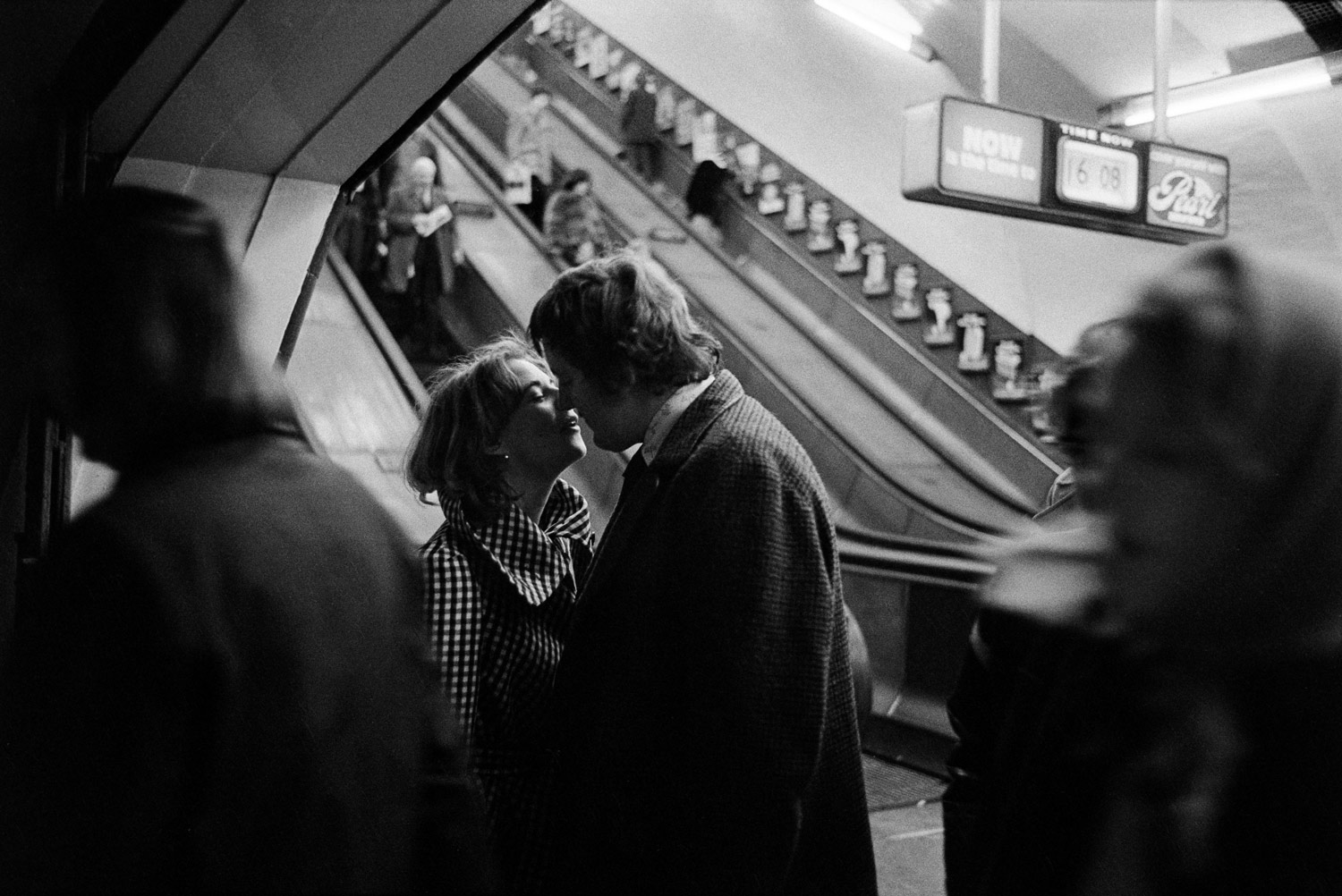 “Being in very close proximity to one another during rush hours people have to shrink their personal space, while at other times of the day, parts of the system could be almost deserted. How people responded to both situations had picture potential.”

He shot there on and off for a decade, shelving the project in 1980 when he co-founded the agency Network Photographers and began travelling extensively for work. In fact, it wasn’t until recently that he engaged with the work at all, finally deciding to go back through the old contact sheets on a quiet day. Upon doing so, he discovered a host of images he’d missed the first time round. 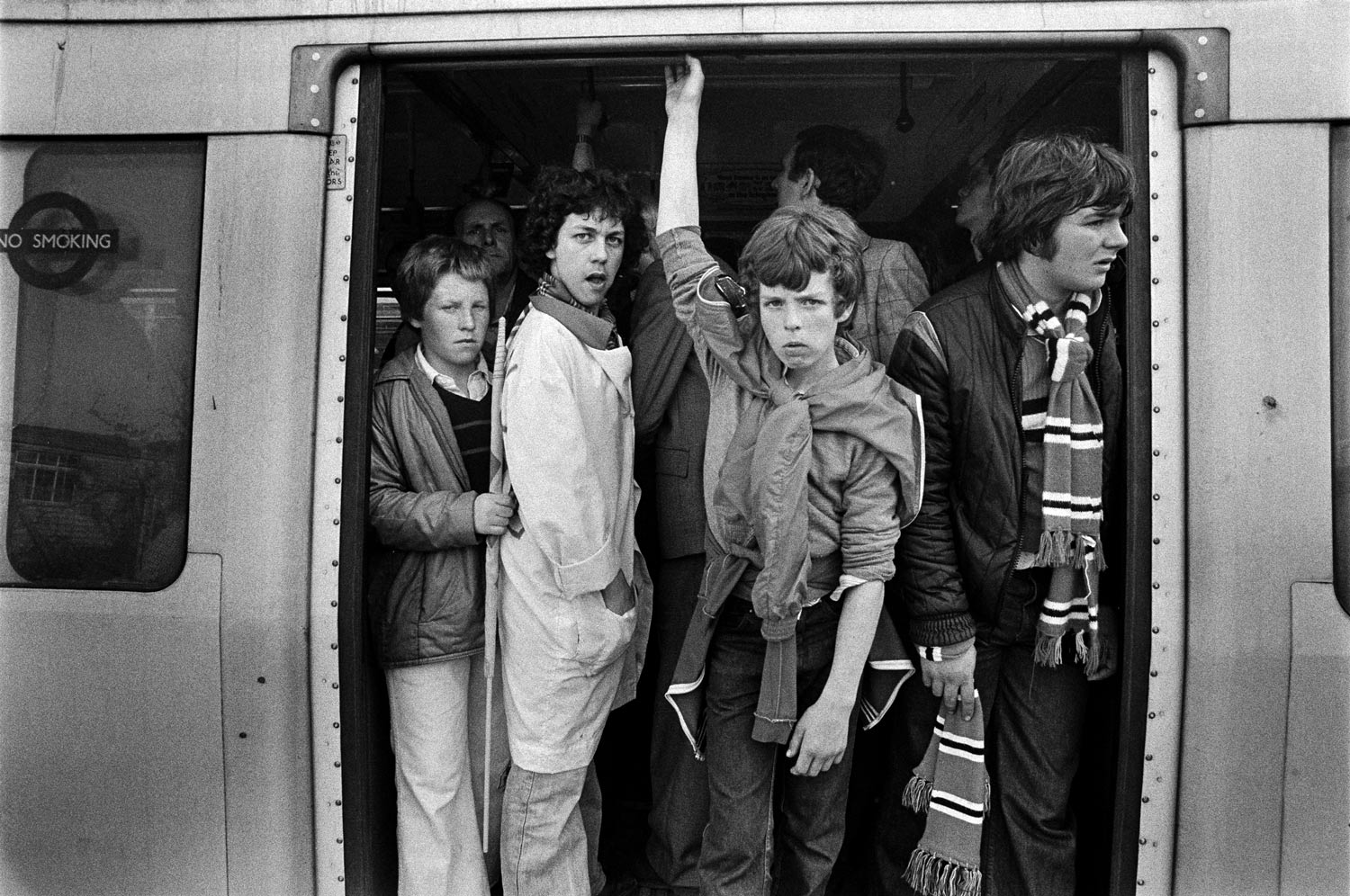 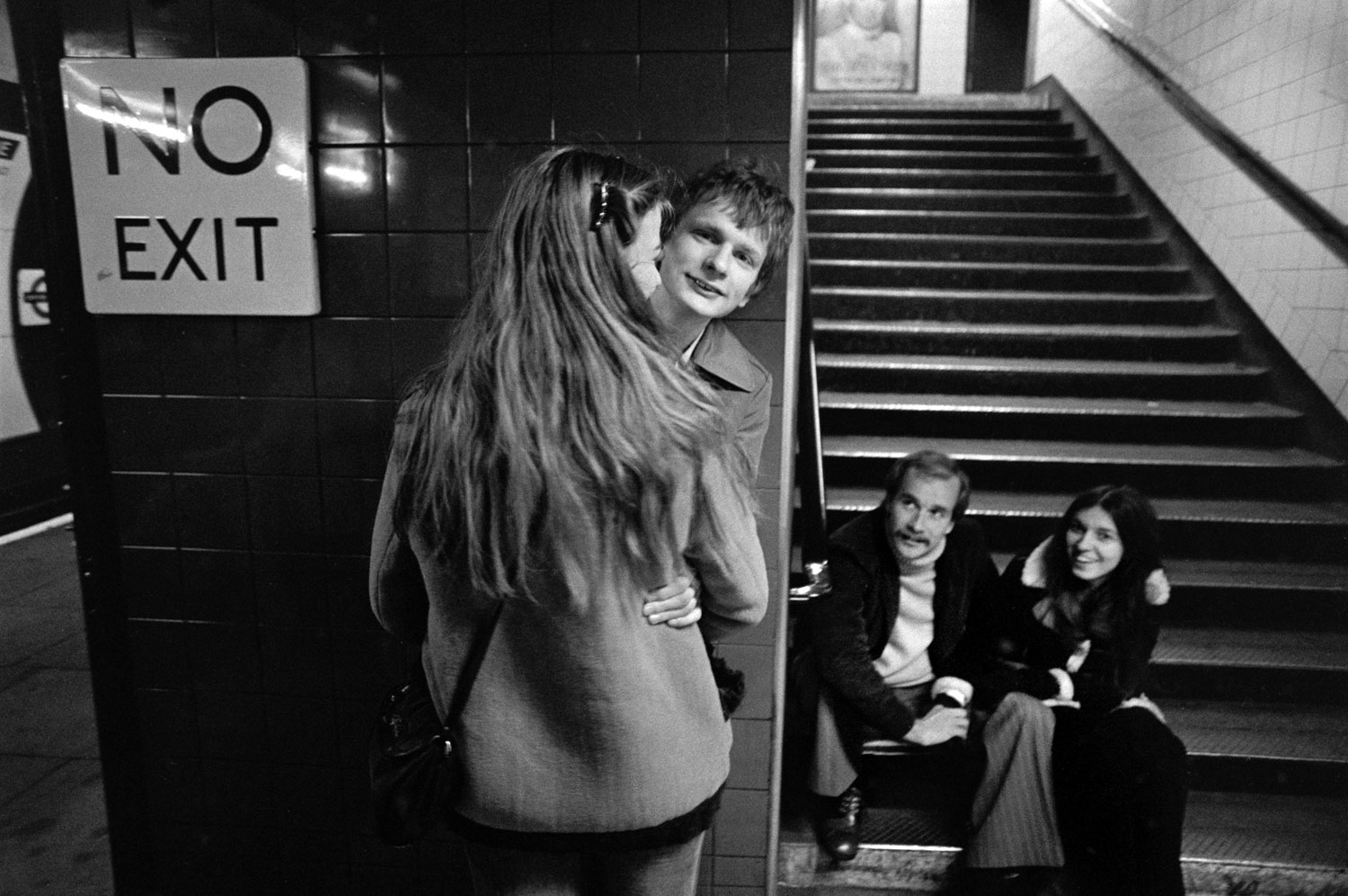 After deciding on a set of over 100 that he was happy with, he approached Hoxton Mini Press about making a book. Today, that takes the form of the aptly-titled London Underground 1970 – 1980 – a celebration of the eponymous network’s early days.

The work harks back to a much simpler time – where things were slower, and the space was much more intimate than it is today. For Goldwater, it’s a sentiment best expressed in the photo that appears on the book’s cover: of a couple, still among the moving bodies, leaning in for a kiss. “It is a moment of stillness and intimacy,” he says, “in a space often characterised by rush and anonymity.” 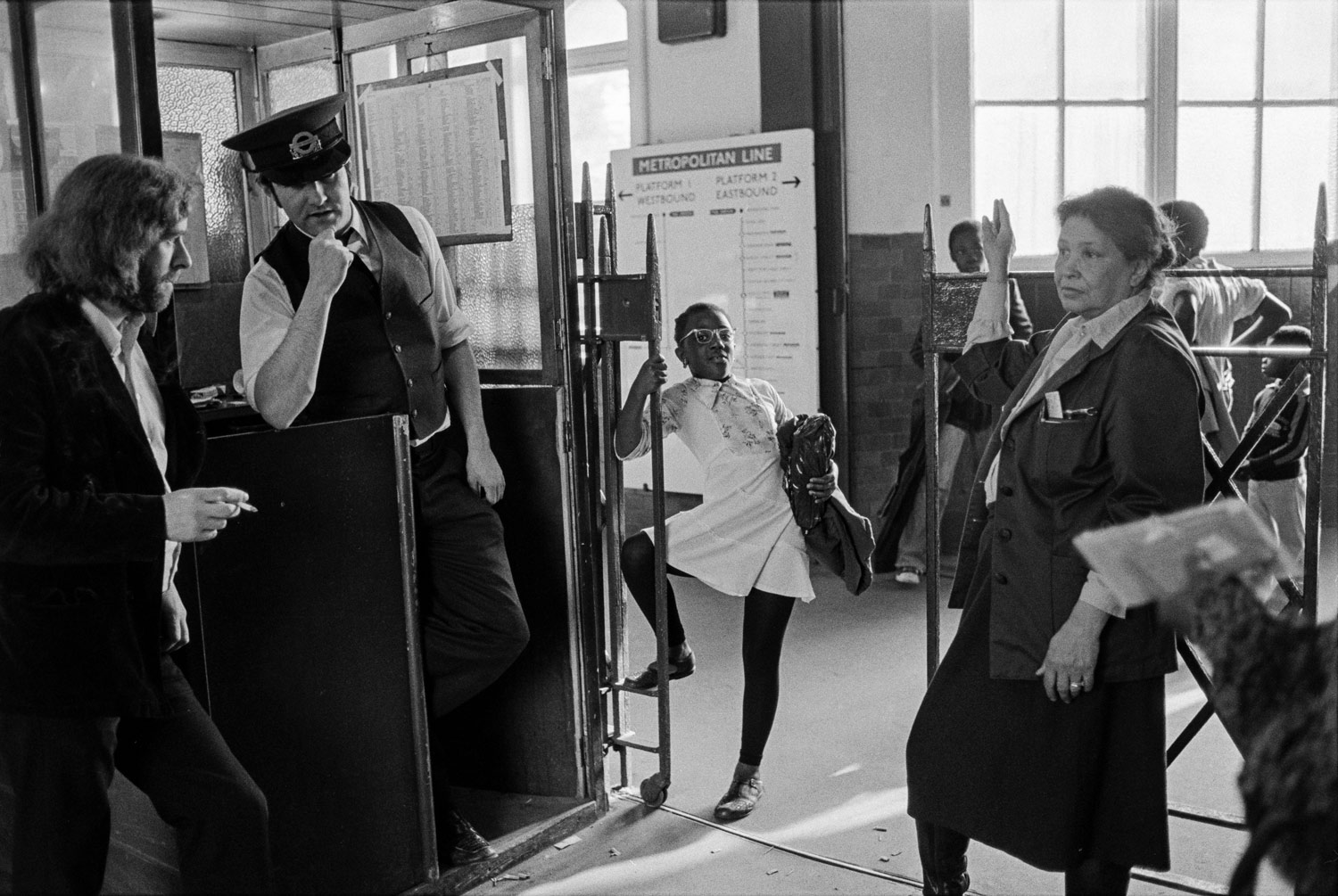 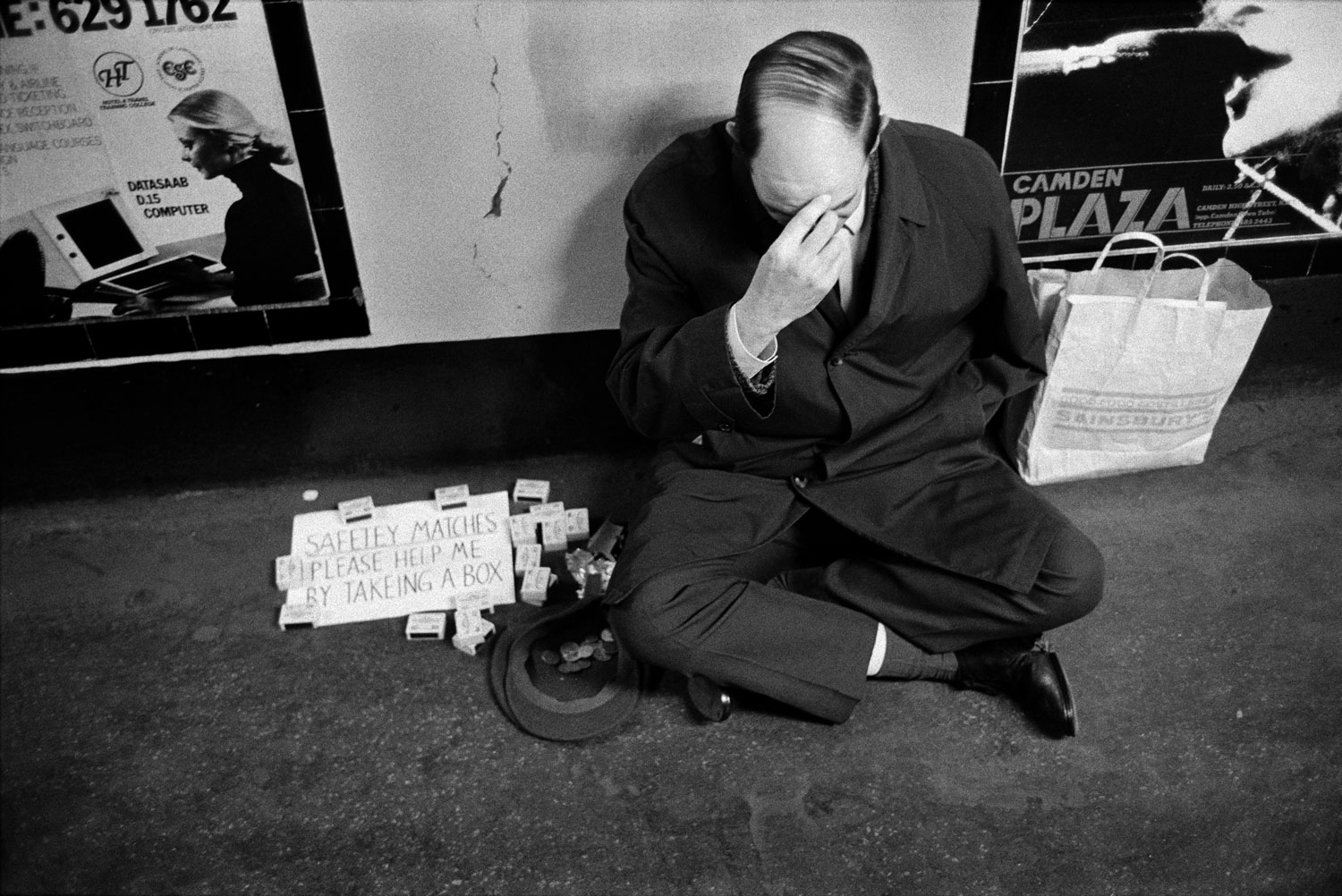 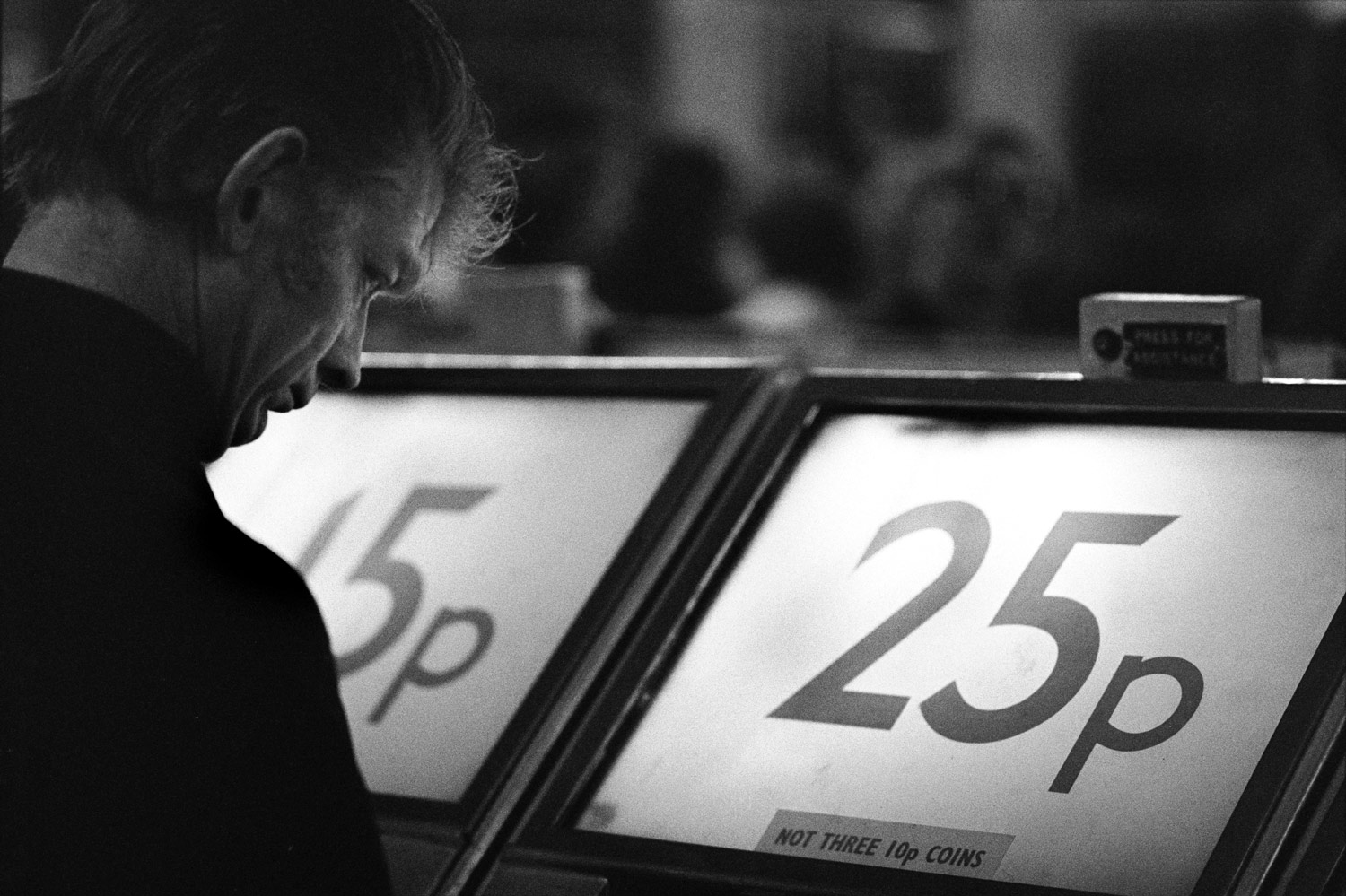 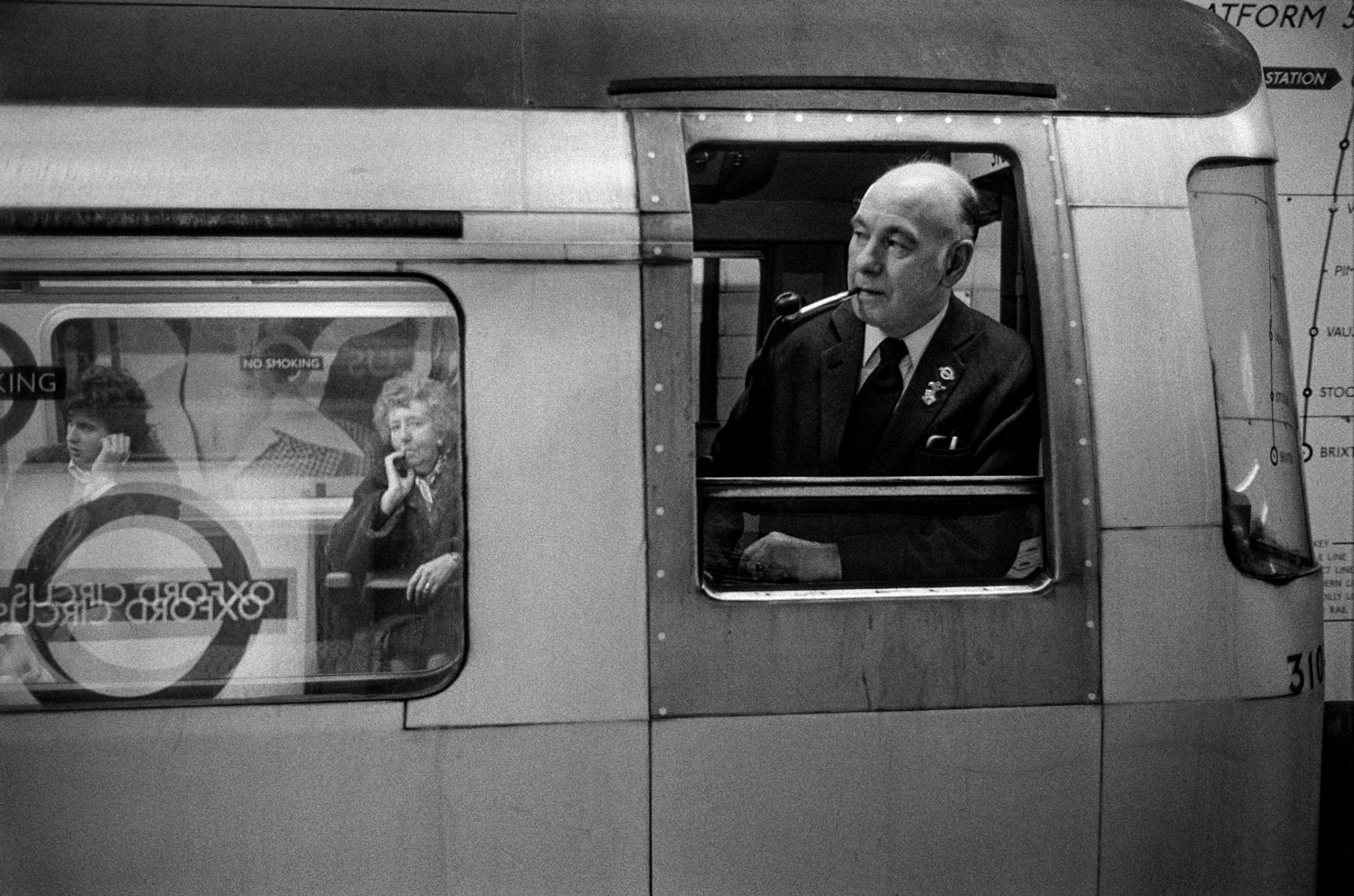 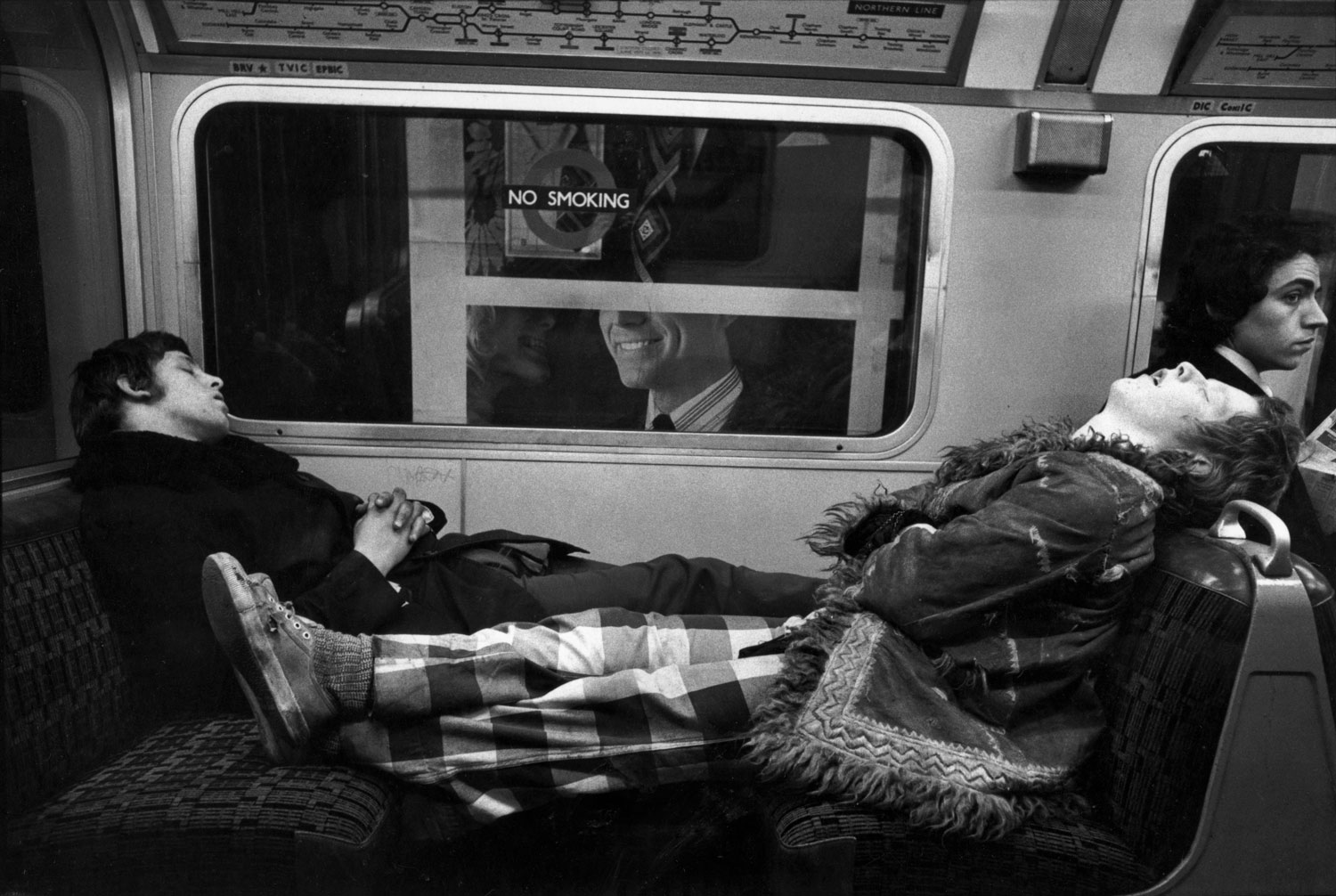 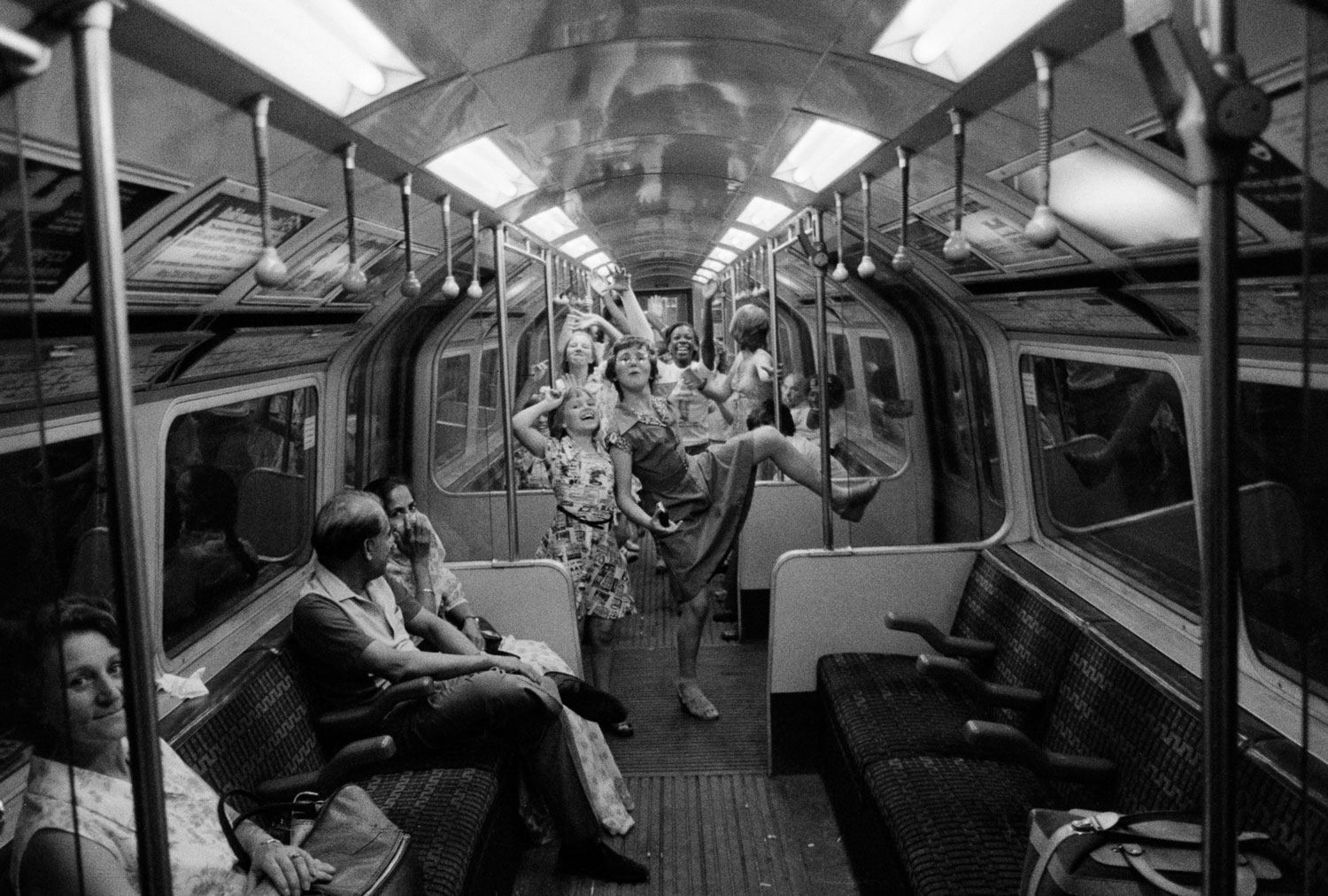 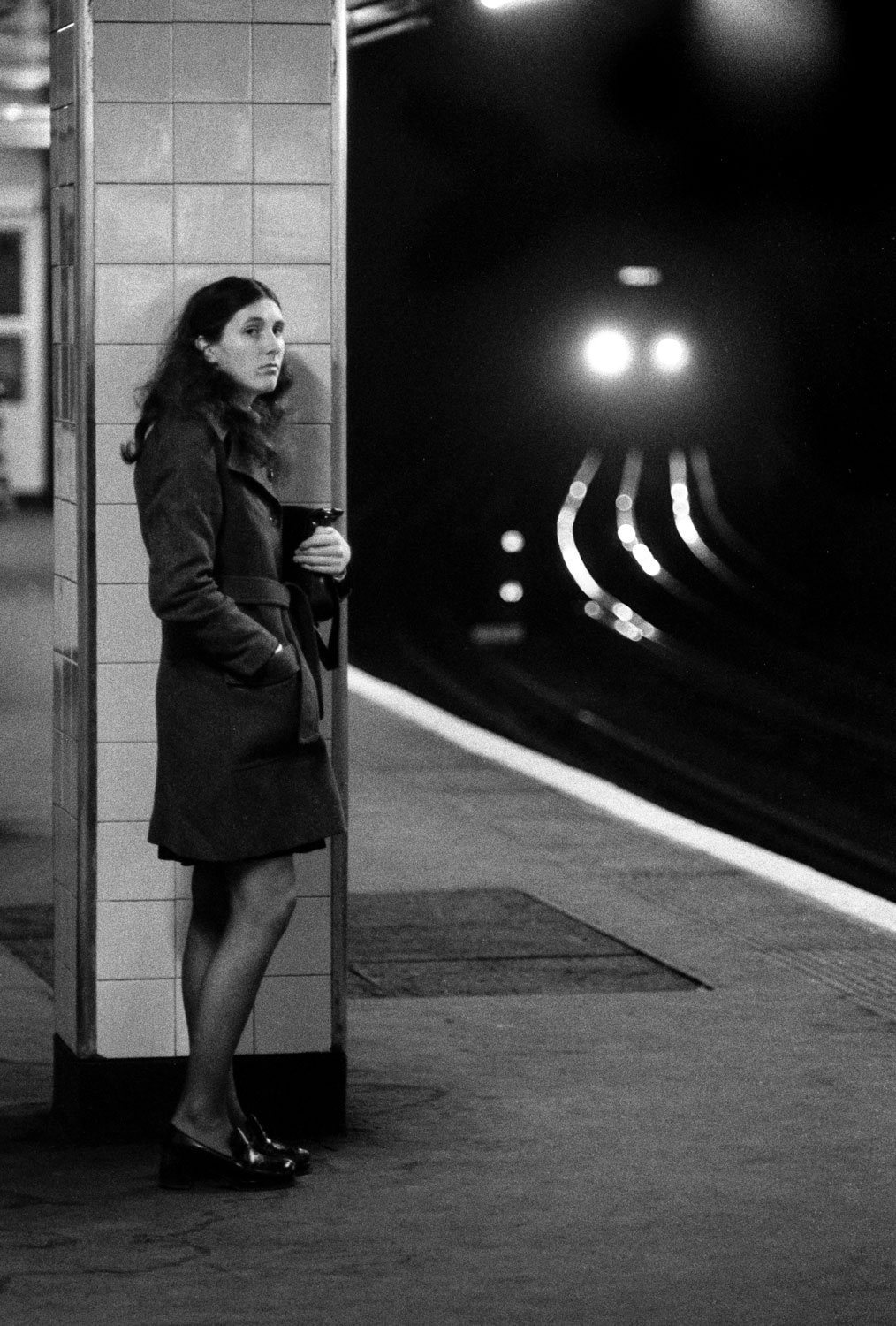 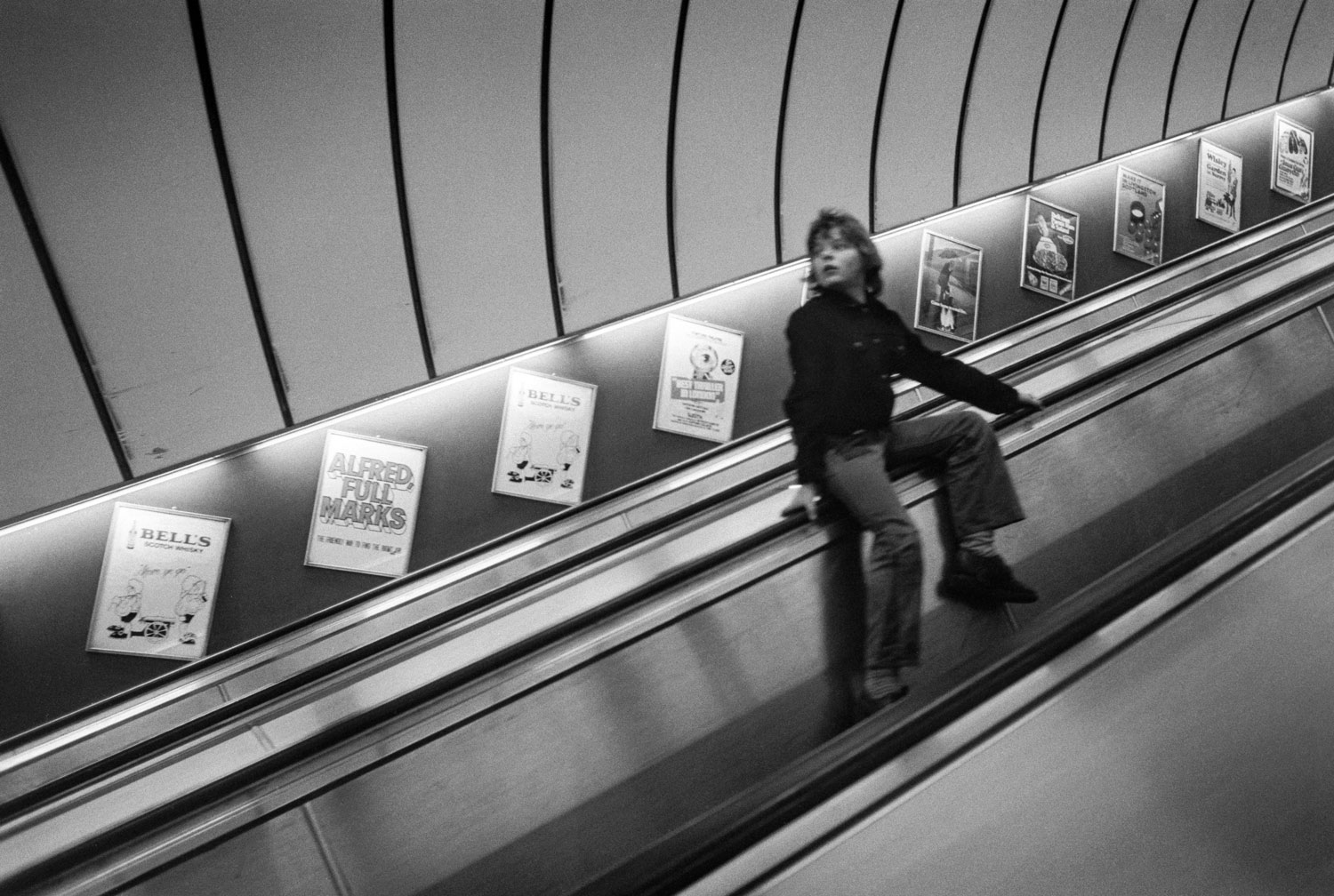 Linkedin
RELATED ARTICLES
OTHER ARTICLES
A new edition of a seminal book brings together iconic images of the band onstage in their full glory and backstage in moments of unguarded camaraderie.
Photographer David Hoffman recalls documenting the extreme wealth inequality around Tower Hamlets and Hackney int the 1980s.
Curator Antoine de Beaupré discusses his immense record collection and what it tells us about the intersection of music, photography, art, and commerce.
In the wake of the decision by the supreme court to overturn Roe v Wade, thousands of protestors filled the streets to express their rage and anguish.
The last few years have seen an increase in LGBTQ-led initiatives to feed the hungry, with many finding ways to stay afloat despite the challenges.
Photographer Matthew Brookes recalls following a group of young people in Venice Beach living in search of the perfect wave.