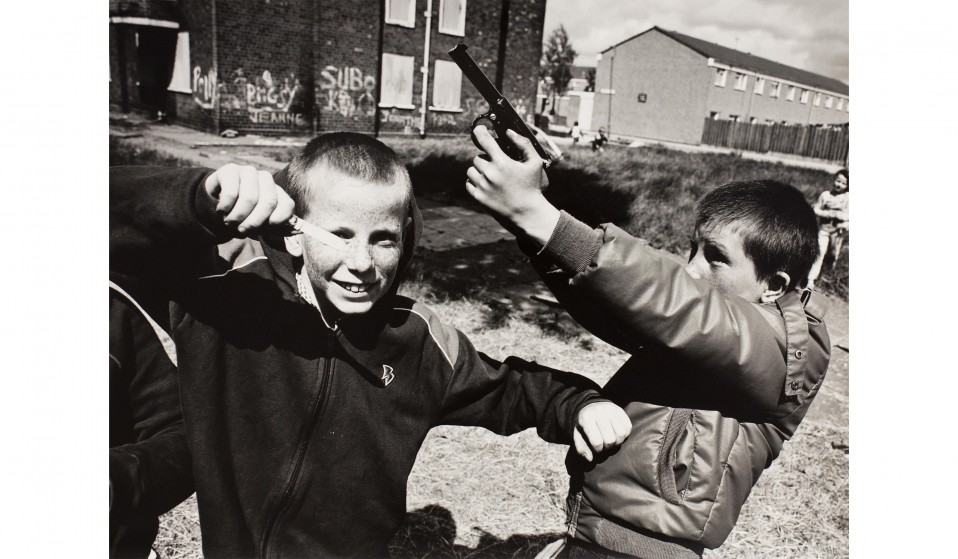 Look/15 brings together the best local and international photographic talent on Merseyside.

Look/15 brings together the best local and international photographic talent on Merseyside.

Walking around Liverpool, it’s clear that the European Capital of Culture award in 2008 has done so much to stimulate the city. Now, seven years on from that celebration of this little corner of north-west England, Liverpool is thriving and its cultural output is still immense. Sure, you’ve probably heard some jaded Scouser tell you about how they invented music. It’s likely that you saw the outpouring of emotion as one of its prodigal sons took to the pitch at Anfield for the last time and Stephen Graham’s four-year stint as Al Capone in HBO’s Boardwalk Empire was ace.

This time, though, photography was the artistic medium to be given the spotlight.

The Liverpool International Photography Festival (shortened to LOOK/15) is a celebration of, “women, migration and memory in a set of exchanges brought about by collaborating with partners and finding the stories that link exhibits”. Featured among them are Jona Frank, Tony Mallon and Michael James O’Brien exhibiting their work in a ton of venues across the city.

Entering the first exhibition space through a really quiet and sleepy cafe, it didn’t look like much. There was still a ton of work that needed putting up and a lot of empty space to put it in. From my right, a man and a woman are stood in conversation and all my eavesdropping gets me is hearing is one saying to the other, “Basically, don’t be a dick. Get busy.” It seems like a pretty strong statement to adopt for anyone.

Between the temporary walls, Jona Frank is a third of the way through pinning her project to the walls. ‘The Modern Kids’ is a series examining a bunch of different young people from Ellesmere Port, a Liverpudlian suburb about 10 miles down the River Mersey. She’s talking a little about her work to the group now. “A lot of my work is about how you try to find your path in life”, she says. “But nothing about this is fast.” 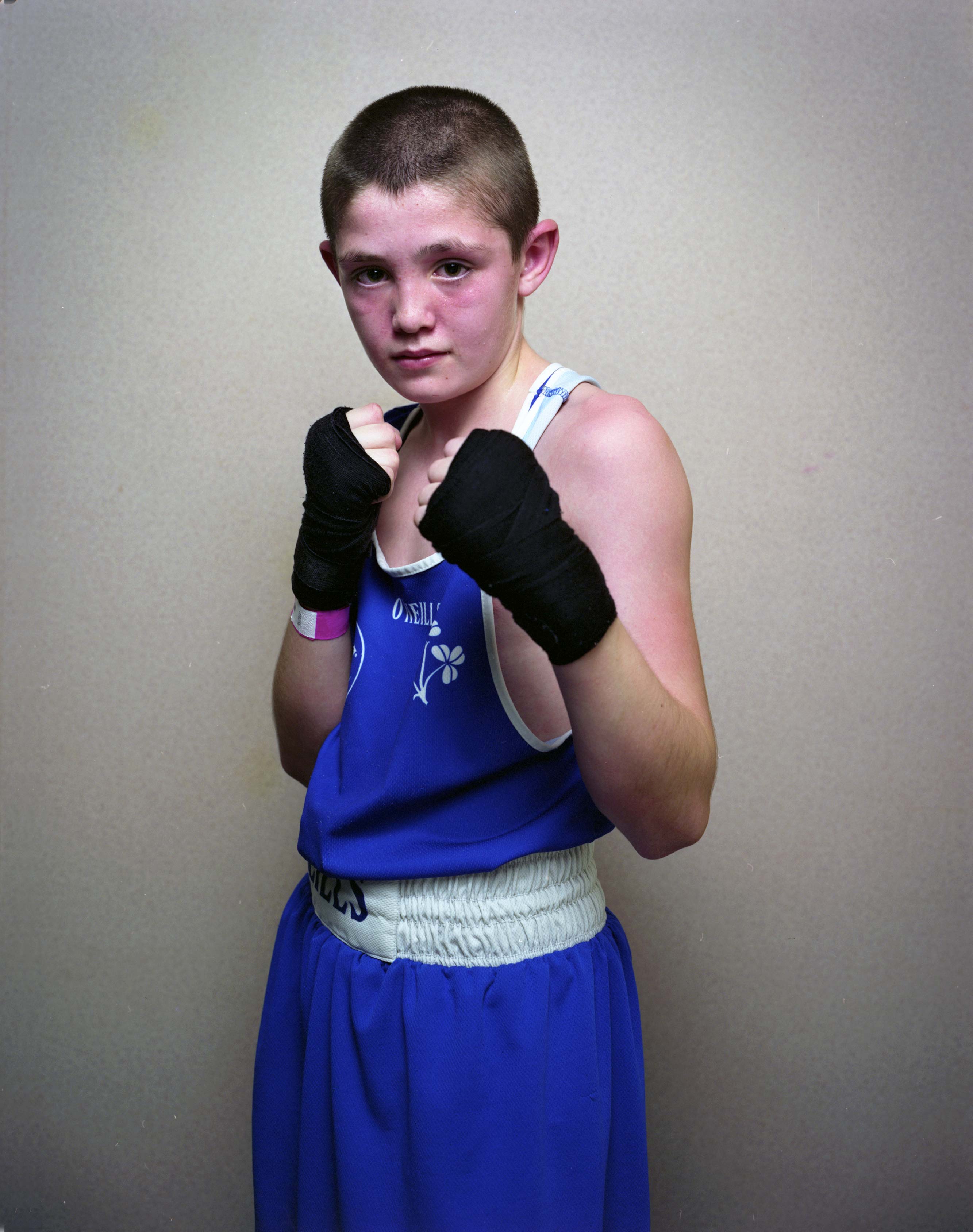 Looking up at me from the table are the flushed faces of young Scouse boxers. Some of them can’t be any older than 12. Boxing has a strong tradition in Liverpool. In the 2012 Olympics, the city contributed one-fifth Great Britain’s Olympic boxing team. What Frank has done is focus on the kids growing up with the sport, the ones who have found discipline through it. One image in particular catches my eye. A young man, nose freshly broken, is taking the tape off of his hands after sparring. His shorts are brilliantly white but they’re splattered with blood.

Are these kids there of their own volition? I ask. “I don’t think you do this if you don’t want to do it, Frank says. “The camaraderie in the gym is what kept them going back.”

Down towards the Liver Building, Richard Ross’s ‘Juvenile in Justice’ exhibition is showing. The room’s tucked away upstairs in the Open Eye Gallery but features some amazing images. As the name suggests, Ross has shot children incarcerated in American prisons. Next to each one, there’s a short quote from the subject. Things like, “I been here for three years and 10 months and haven’t been to trial yet. My mother tried to stab me and kill me when I was asleep so I ran out of the house. I’m here on 12 charges: two armed carjackings, armed robbery, armed burglary, a burglary, sexual battery, and gang charges. I don’t blame nobody, I just made a mistake. I was 13.” They snake around the room in varying degrees of heartbreaking sadness. From self-harming youths to aspiring gangsters, each one is sadder than the last, regardless of how beautiful Ross has made them. 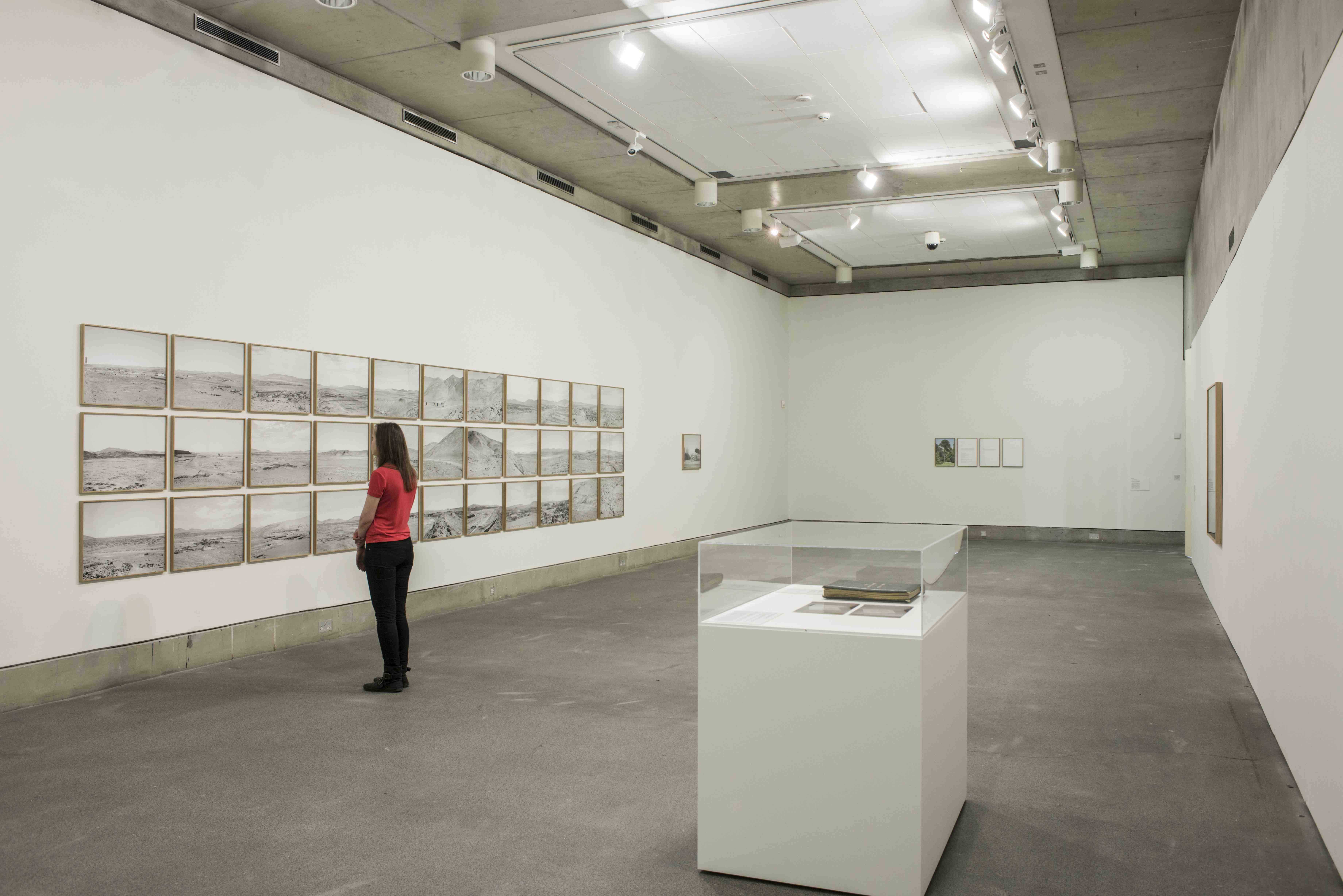 Heading more central, The Bluecoat is hosting Xavier Ribas’s series titled ‘Nitrate’. It’s a haunting body of work spanning the five years between 2009-14 on the nitrate extraction process in Chile’s Atacama Desert from the 1870s to the 1920s. Not really knowing all that much about Chilean history, it was slightly jarring to have seen the legacy of British companies’ involvement is the arid wasteland that remains. It took me a little while to clock it, but I’d actually seen these images before in Barcelona. The deja vú was strong.

The LOOK/15 festival is a really interesting chance to see what a lot of photographers are doing right now. Whether you’re more interested in the work being done to document the city’s youths or want to look further afield, the festival is has something that’ll fascinate any visitor.

LOOK/15 ran until May 31, it returns next year. You can find full details here.

Linkedin
OTHER ARTICLES
As the Scottish government announces a rent freeze, an activist with Living Rent who fought and won shares how they did it, and what must come next.
Yesterday thousands gathered outside Buckingham Palace after news of the Queen’s death broke.
Following the announcement of an 80% hike in the energy price cap from 1st October, crowds gathered outside the offices of energy regulator Ofgem to protest and declare their intention to undertake a payment strike.
A group of young Palestinians have found temporary freedom in the act of parkour, reimagining wreckage and ruins as a series of high-octane playgrounds.
The two-day long event returned to London this year, showcasing a spectacular parade, steel bands and Caribbean food.
Birdy Chu reflects on documenting the historic moment in which the territory was formally passed back from the UK to China.