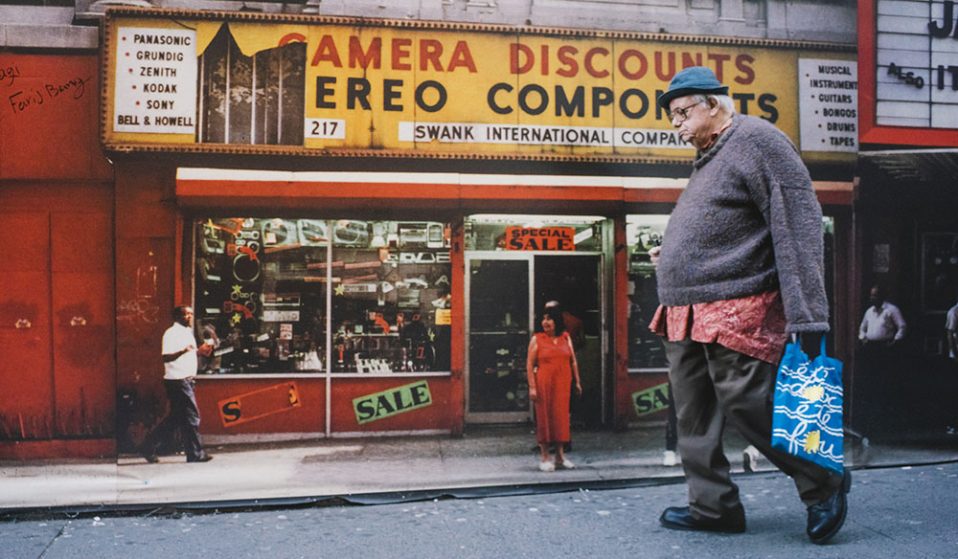 In his debut monograph, photographer Jonathan Higbee explores surreal moments in his adopted hometown – a place that’s captivated him since he was a child.

In his debut monograph, photographer Jonathan Higbee explores surreal moments in his adopted hometown – a place that’s captivated him since he was a child.

As a kid, Jonathan Higbee dreamed of New York City.

Growing up in Independence, Missouri – a satellite of Kansas City – during the ’80s, life was often tough. “I don’t want to be mean to it, but it certainly wasn’t an easy place to live,” he remembers.

“We moved around a lot, mainly because of money. My mom and my stepdad went between jobs all over the region, so we bounced between living with my mom’s parents and different apartments.” 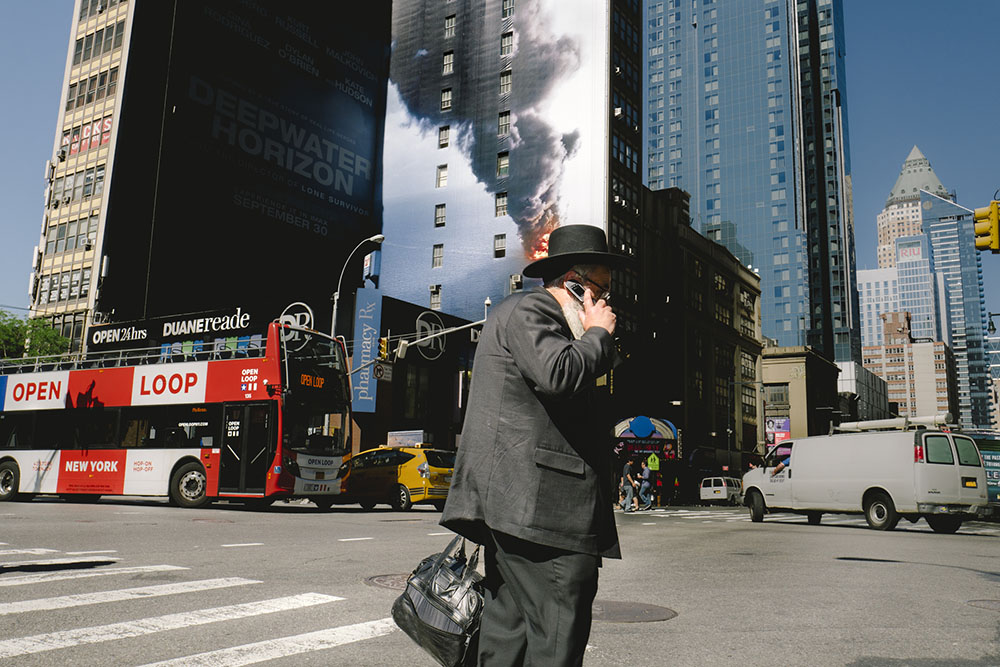 But New York offered escapism. Camped out in front of the TV, Higbee would spend hours watching various different talk shows filmed in the city, many of which provided a platform to the LGBT community that simply didn’t exist in his hometown.

“I remember paying attention when a queer person would come on. We had nothing like that in Missouri,” he says. “I knew that I was something like that and tried to ignore it, because I thought I was weird, different, unusual.”

“But when I saw these people on these talk shows speaking so vividly – and the talk show host typically being warm and receptive to them, and my mom being chill watching them – it really seemed like New York was a welcoming place, where I could go and be myself without feeling like an alien.” 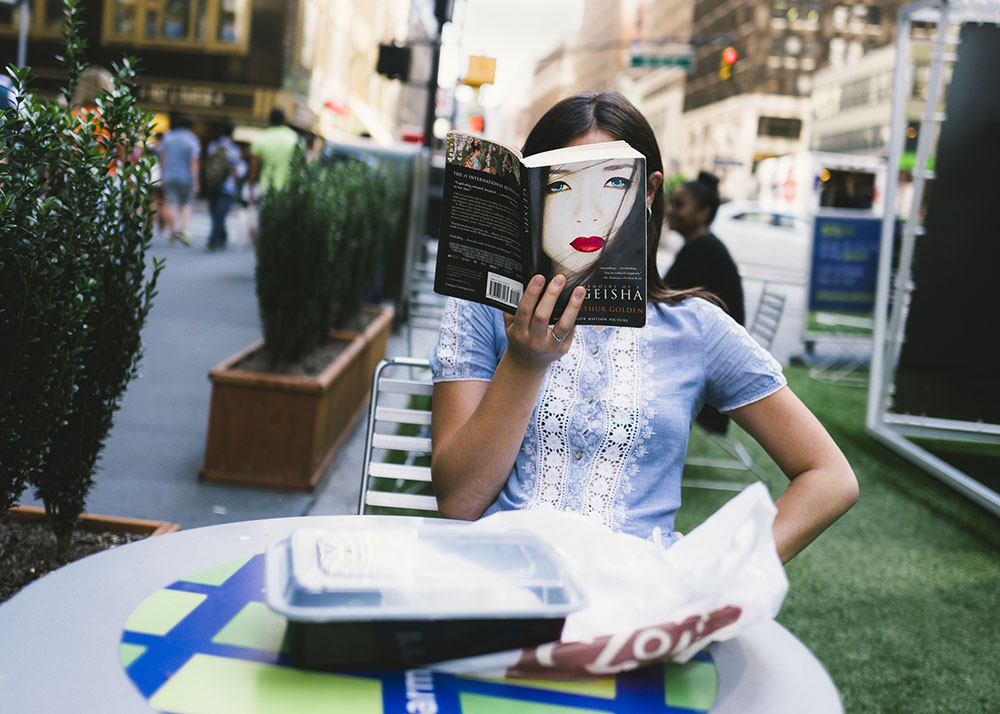 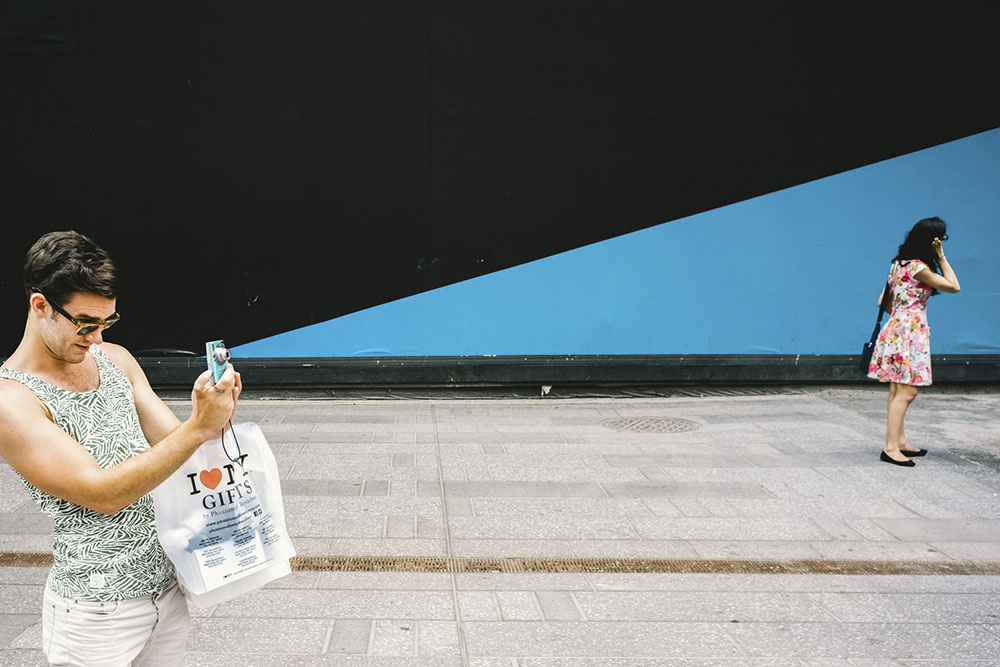 In that sense, photography was somewhat similar. During family events, Higbee would quickly co-opt the cameras brought over by his aunts and uncles, infatuated by the idea of capturing memories and disappearing inside them. On his eighth birthday, he received a camera of his own – a Polaroid 600 – and carried it around with him everywhere.

During his teenage years, however, life got in the way. As he experimented with other creative outlets – art, theatre, design and, most significantly, writing – photography found itself on the backburner. At college, he studied Media Communication, before landing himself a “dream job” as an editor at Instinct, a gay men’s lifestyle magazine based out of Los Angeles.

“I thought writing was the way my life was going to go. But as time progressed and the world changed, Instinct needed to be creative with its budget. A lot of stories I was assigned, I’d need to be the photographer as well as the writer. I was like, ‘Yes, I used to love this, let’s give it a go.’” 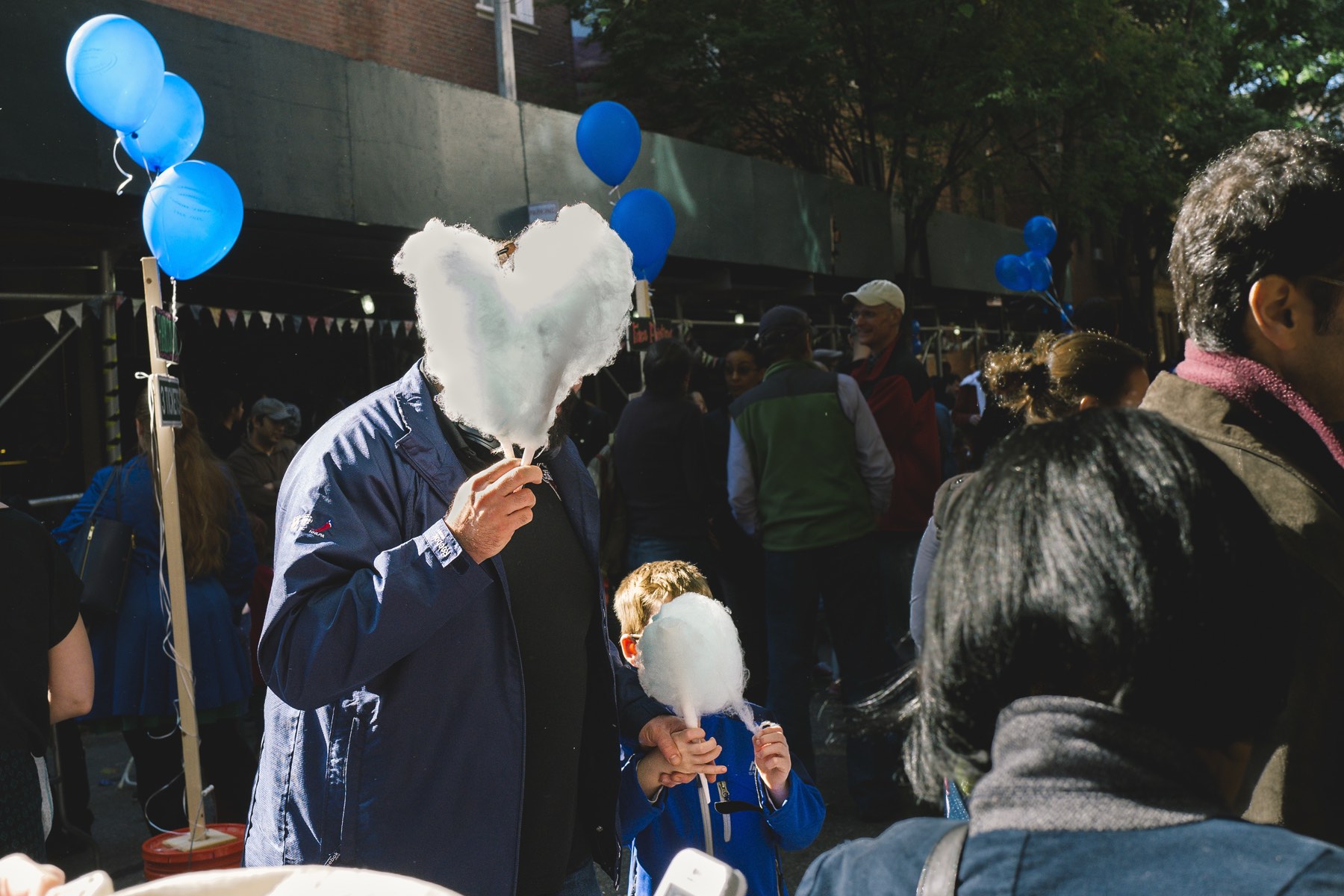 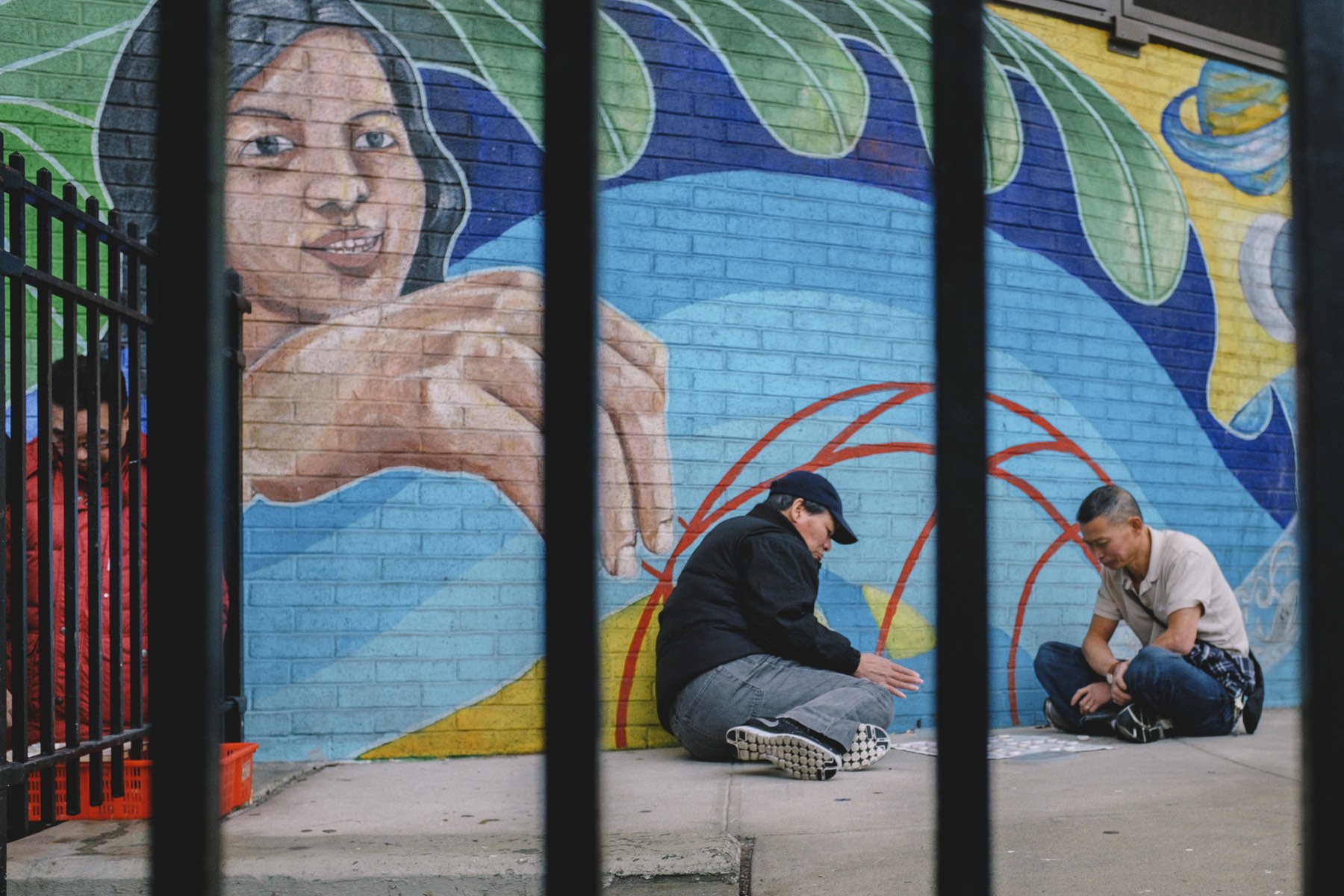 At around the same time, Higbee had also secured his move to New York, relocating to Instinct’s NYC branch. As he began to shoot more and more, living in the city that he was “infatuated by”, it felt as if everything was falling into place.

“It wasn’t even a slow gradual progression from photography overtaking my interest in the written word. It was pretty hardcore head-over-heels. All I wanted to do, almost immediately, was photograph. So that’s what I did.”

That was around five years ago. Today, Higbee counts himself as a photographer who’s worked across documentary, fine art and commercial. He won the World Street Photography grand prize in 2015 and the LensCulture Street Photography Award the following year, while 2018 saw him named a Masselblad Masters finalist.

In a move that feels suitably full-circle, his first monograph, Coincidences, serves as a love letter to New York City. Featuring images captured over the course of his time there, the book sees Higbee seeking out moments of joy and serendipity among the whir of daily life in his adopted home.

For Higbee, the work represents his journey from naive Southern kid to fully-fledged New Yorker. The camera, in that sense, operates as a tool for distilling the environment around him. It’s about paying tribute to the place, but also learning to understand it too. 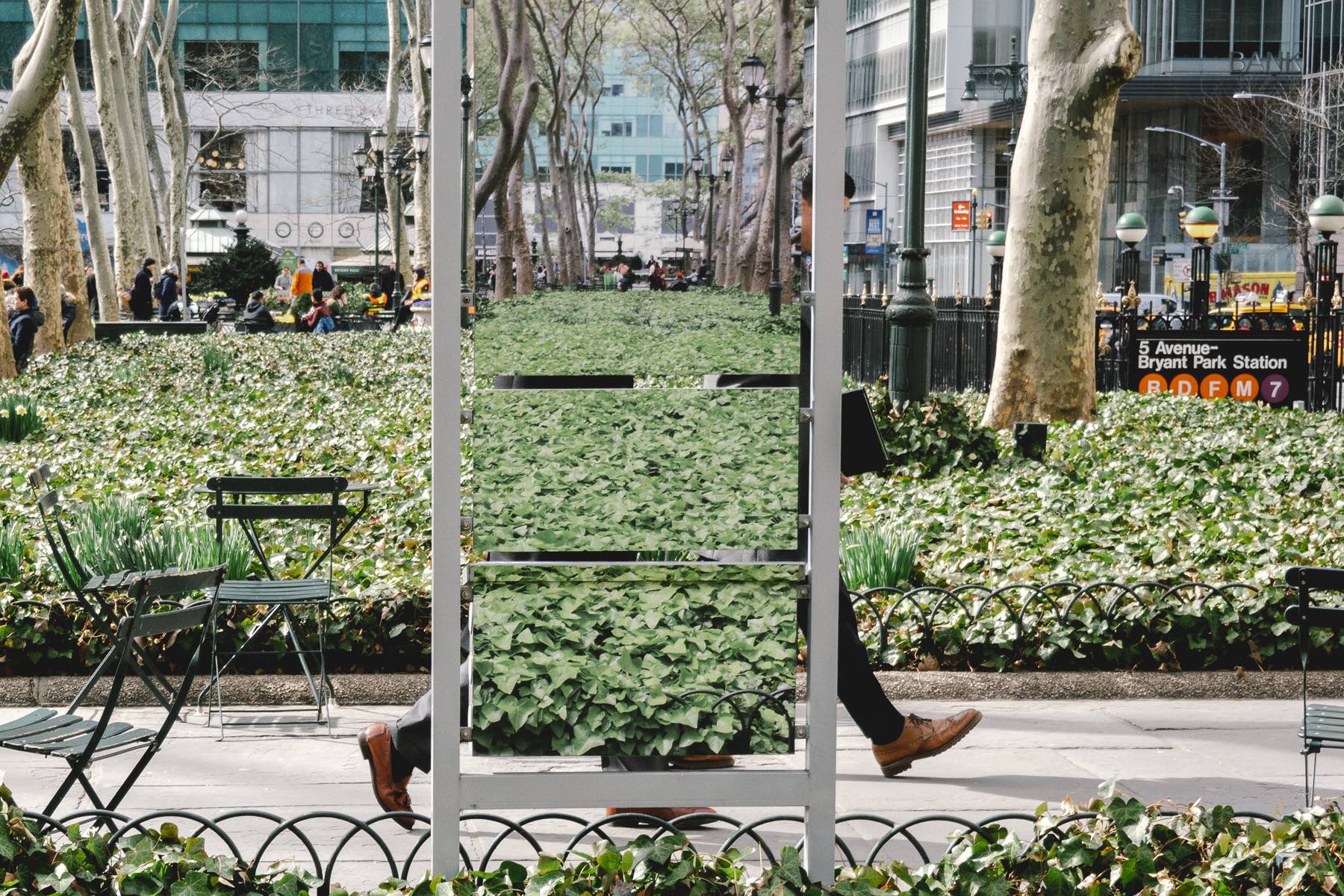 “Whenever I return to New York after being away, I think, ‘What is it that makes this so special?’ It’s that I have that decades-old emotional tie to the city – of it being a refuge for people who may find they’re different than the other people in their communities. It’s a place to escape to, a place to find yourself. I can’t break that bond.” 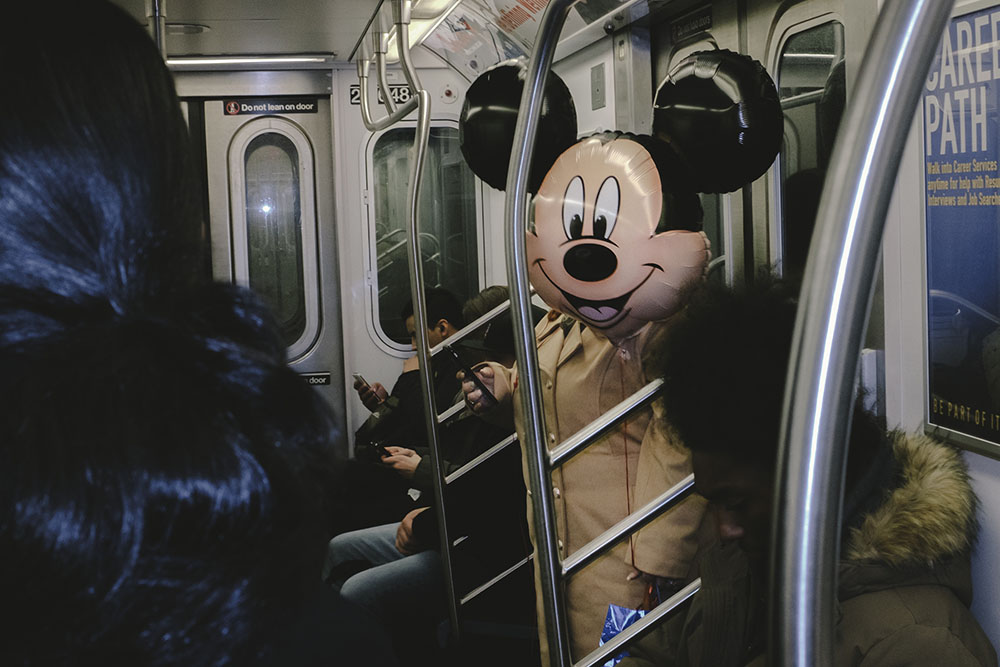 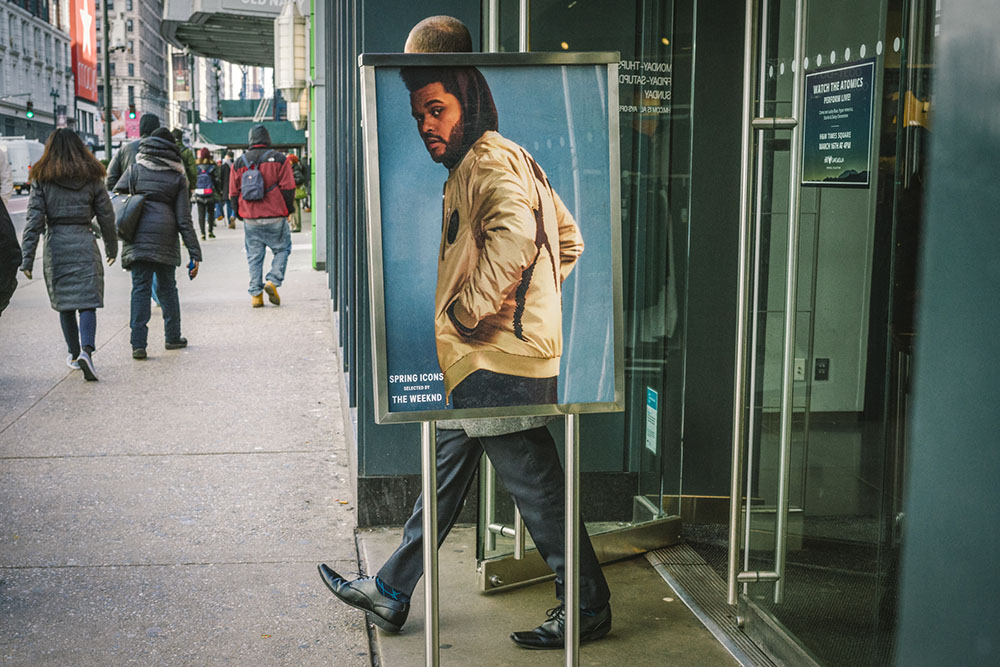 Coincidences is out now on Anthology Editions.

Linkedin
RELATED ARTICLES
OTHER ARTICLES
Photographer Bud Glick recounts documenting everyday life in the area, and what it taught him about the Chinese immigrant experience.
Protestors gathered outside Downing Street following the latest atrocities committed by Israel against Palestinians living in the besieged strip.
Yesterday, rail workers came together to protest poor pay, working conditions and job cuts in their latest round of strikes.
Last week, Tower Hamlets council removed its nudity-restricting licensing conditions in a huge win for London’s kink community.
Photographer Anne-Marie Michel captures the women who through determination and strength are forging their own way in a male-dominated industry.
A new series of photos by Johny Pitts shines a light on communities and subcultures that have all too often been overlooked.