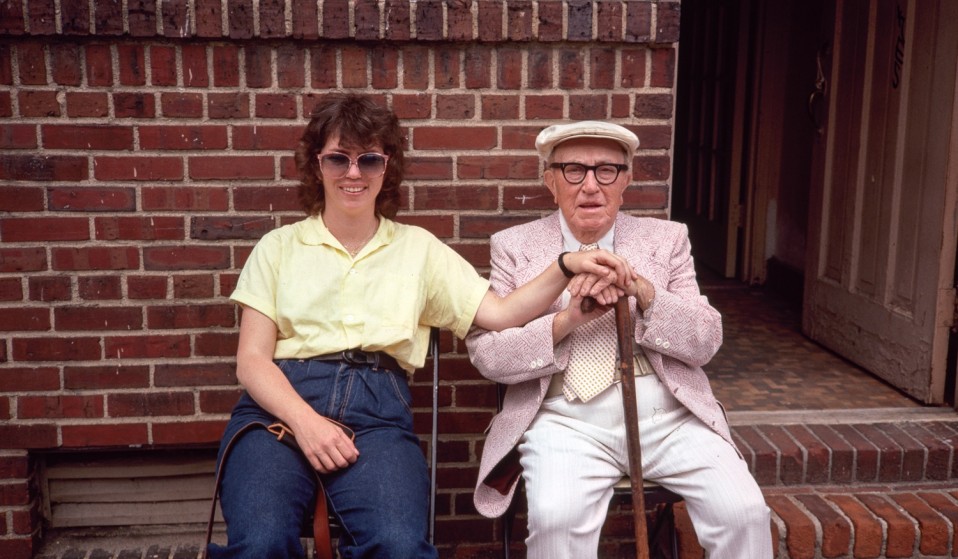 In an extraordinary, freshly uncovered photo series taken between the late 70s and 80s, Meryl Meisler celebrates the local communities of the Lower East Side.

In an extraordinary, freshly uncovered photo series taken between the late 70s and 80s, Meryl Meisler celebrates the local communities of the Lower East Side.

100 years ago, New York’s Lower East Side (LES) was the pre-eminent melting pot – a mixture of old and new immigrants leaving Europe en masse, creating a singular blend of Ashkenazi Jews, Germans, Italians, Greeks, Russians, Slovaks, Ukrainians, Hungarians, Poles, and Romanians. With some 400,000 Jews living in the hood, the Ashkenazi made up one of the largest groups in the LES, bringing their unique spin on old-world culture to the city that never sleeps.

A neighbourhood with a leaning towards radical politics, the LES helped foster a new culture rooted in housing reform following the publication of Jacob A. Riis’ 1890 book, How the Other Half Lives, which documented the horrors of people forced to live in slums. The New Law Tenements passed in 1901 resulted in the construction of settlement houses – such as the Henry Street Settlement on Grand Street – which transformed living conditions for the working class, and has continued to serve the community for generations.

In 1976, a young Jewish-American photographer named Meryl Meisler began frequenting art events at the Henry Street Settlement, where her cousin and roommate taught art. Here, she met Mr Morris Katz, the self-proclaimed Mayor of Grand Street. A retired widower who once worked at Coney Island guessing weights, Mr Katz cut a striking figure that could best be described as Yiddish chic. Donning a sports jacket over a zebra-patterned shirt, patterned bow tie and plaid pants, Mr Katz warmly greeted Meisler on the street corner and offered her a lollipop. She was instantly charmed. 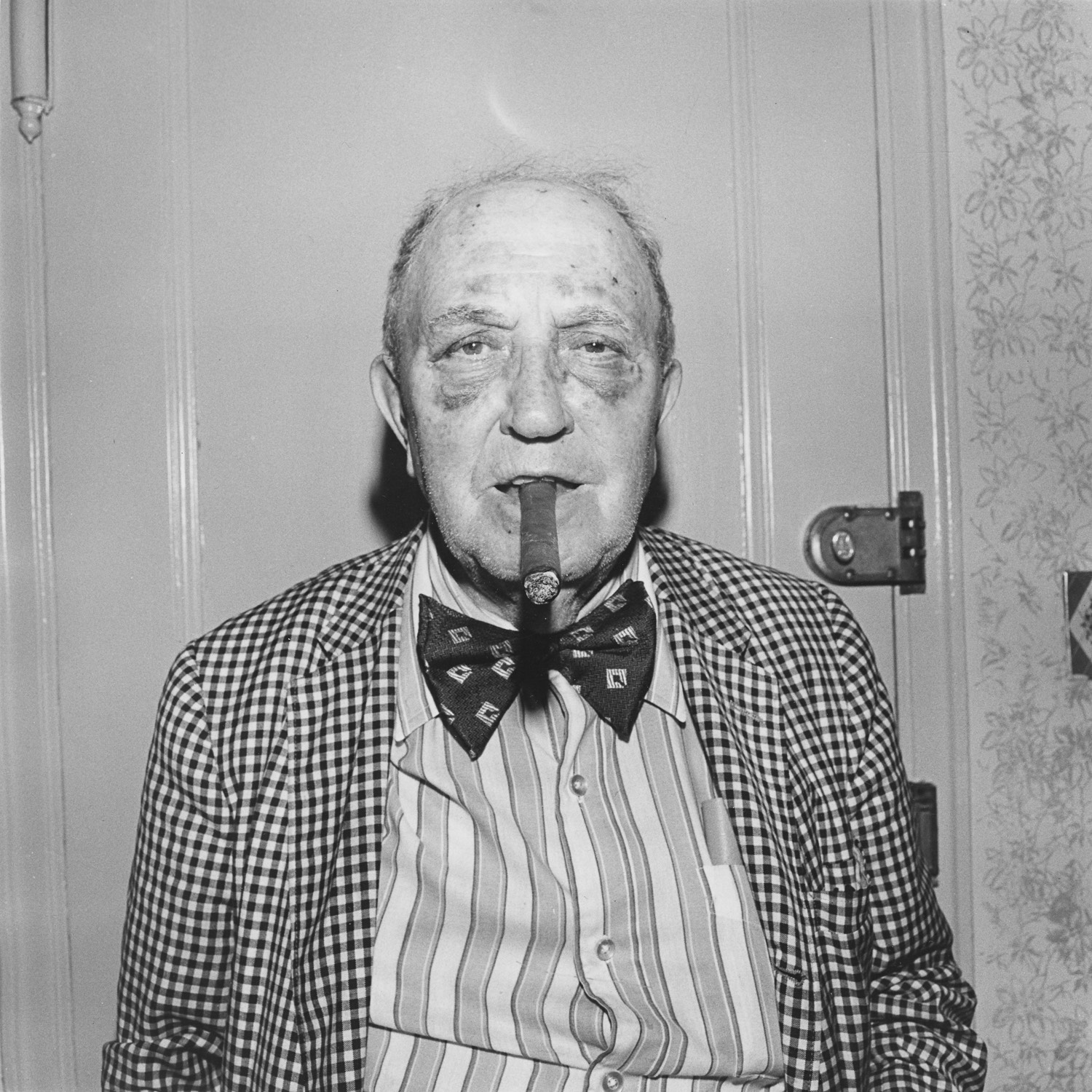 Mr. Katz was mugged by two kids who found him dozing in front of his TV in his living room NY, NY 1978

A nonagenarian, Mr Katz stayed on the go, up early to make the rounds at the senior centres, synagogues, parks, police station, and playgrounds. Meisler began to accompany him on these trips, taking photographs and getting to know the community up close and personal.

Two years later, when Meisler was awarded a CETA Artist grant, she decided to hone in on the historic Jewish community of the LES. “Our notion of what is the Lower East Side is always changing,” Meisler explains. “I remember looking at the work of Lewis Hine and realising that by the ’70s, I was seeing the next generation of a lifestyle that seemed very modern. I wanted to show a thriving Jewish community mixed in Latinx and Chinese groups.”

It was to this body of work to which the photographer returned while recently revisiting her incredible archive of New York City life. Carefully curating a selection of vintage prints as well as never-before-seen work that she is printing in the darkroom herself, Meisler has compiled an extraordinary portrait of Jewish life in the LES for LES YES!: Meryl Meisler 1970s & 80s Lower East Side Photos, opening May 3 at The Storefront Project, New York. 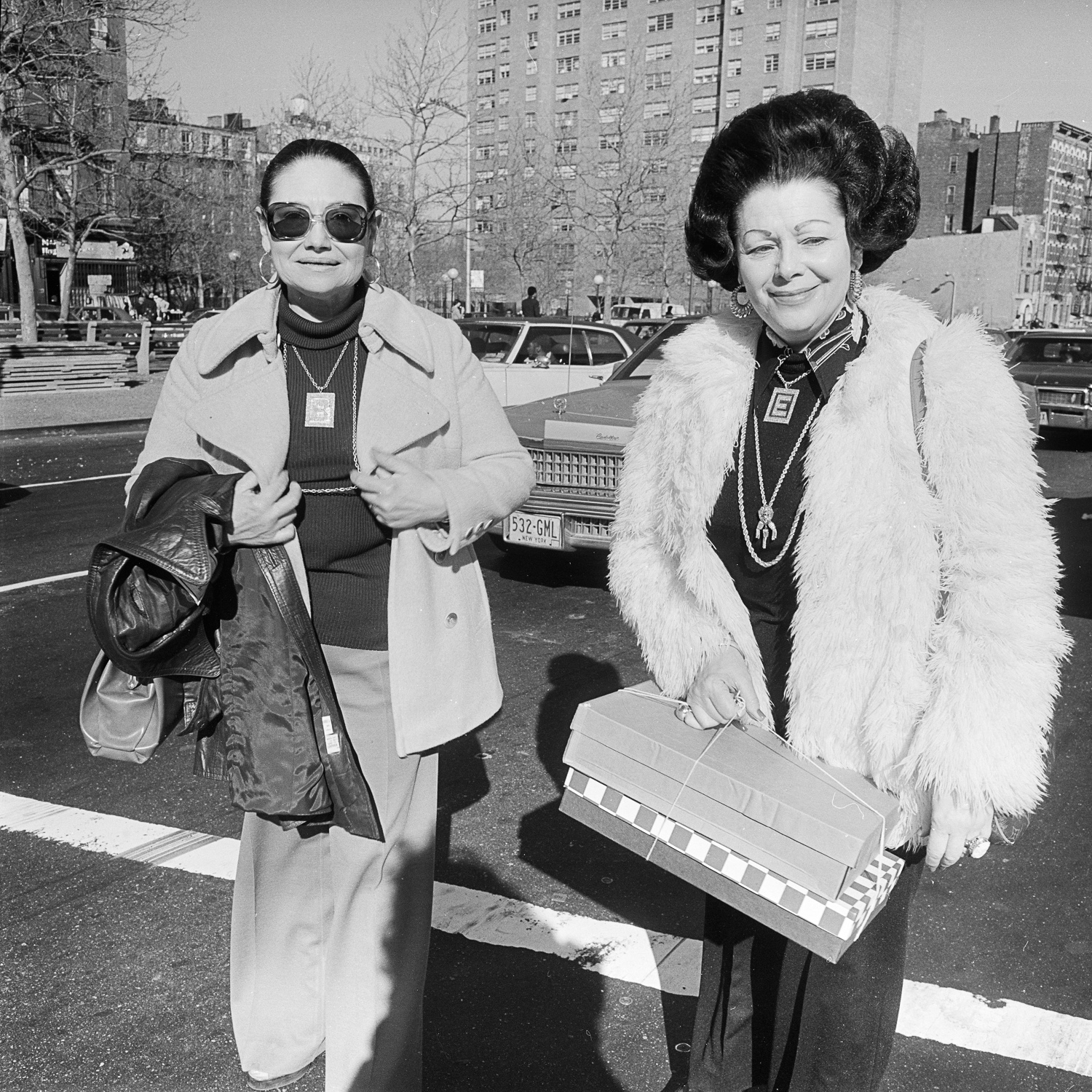 “May is Lower East Side history month and I wanted to celebrate the neighbourhood I came to know through my cousin and Mr Katz,” she says. “When I think of the Lower East Side I think of going there with my mother or my aunt to try to find an outfit for a bar mitzvah or going to Sammy’s Romanian restaurant.”

Returning to her archive 40 years after these photographs were first taken, Meisler saw her work through fresh eyes and felt a renewed sense of connection to the community: “I didn’t realise how warm [these pictures] are or how you couldn’t replicate them. Some of them are timeless and some of them are so fleeting. Now, when I look at these pictures, they look very Jewish but then, they looked like the times.”

“Many of the senior centres I photographed [Mr Katz] in are still serving people in the community. The Educational Alliance, where I taught photography to children, still services immigrants and neighbourhood people. They kept to their mission, which is a beautiful thing. That’s what makes the neighbourhood wonderful and welcoming.” 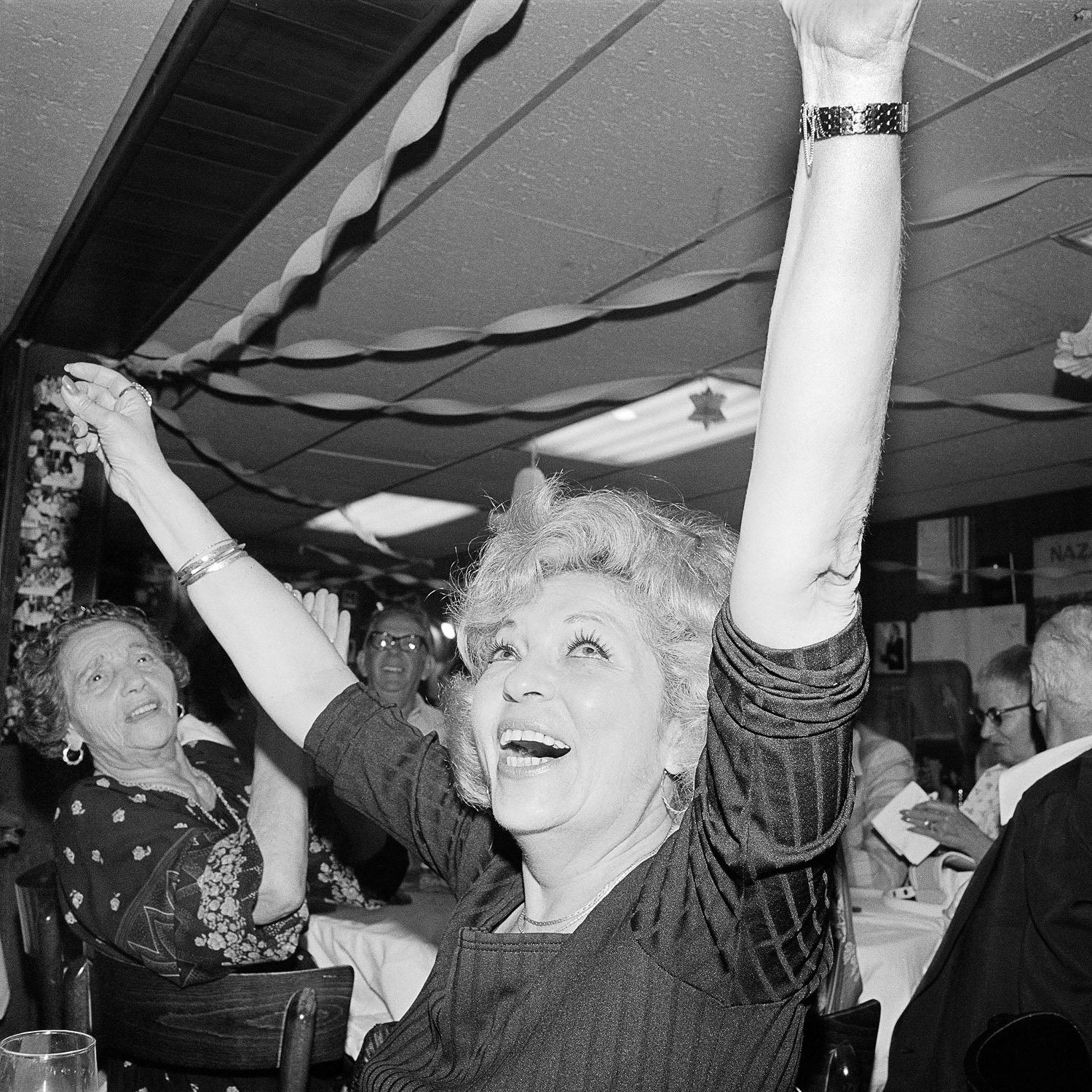 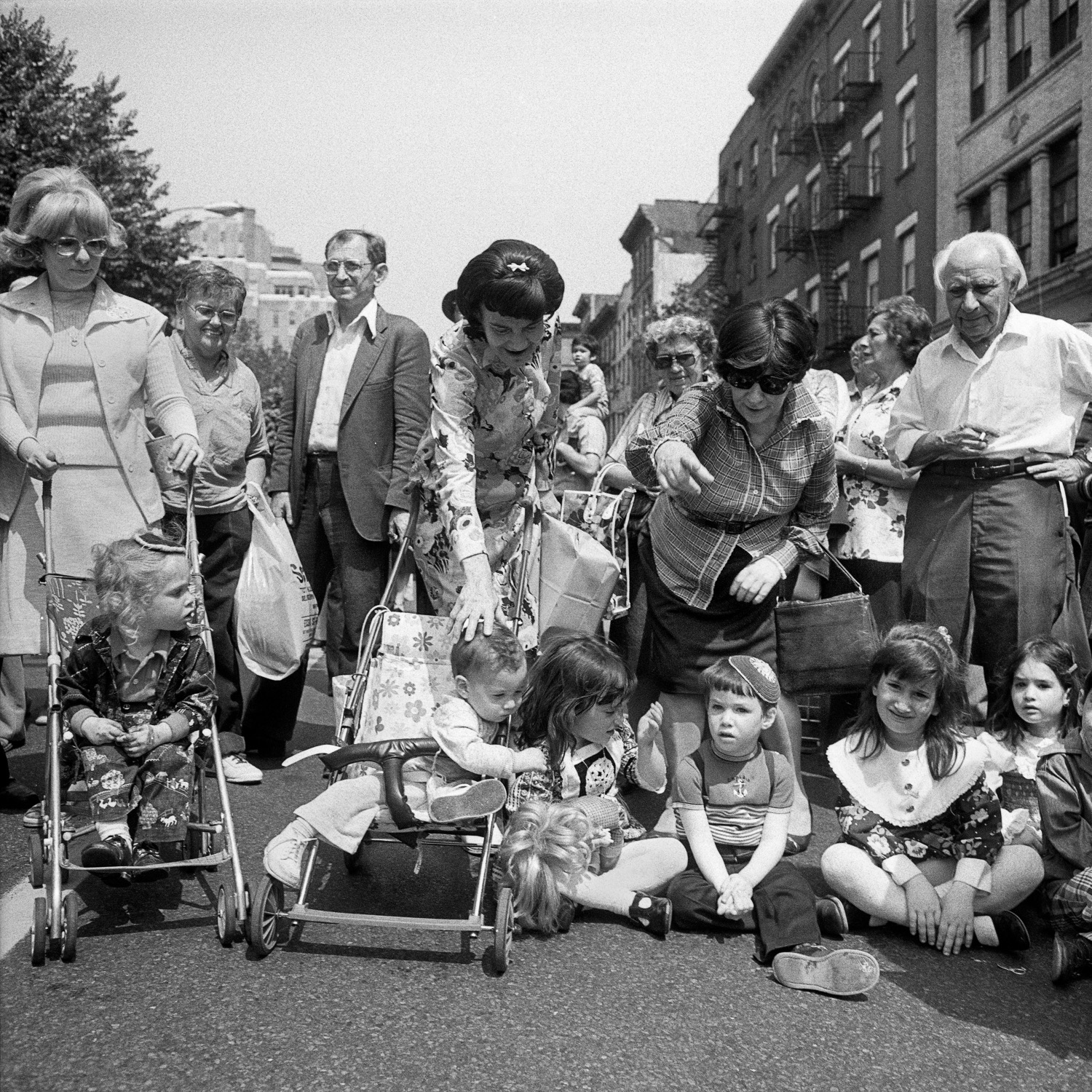 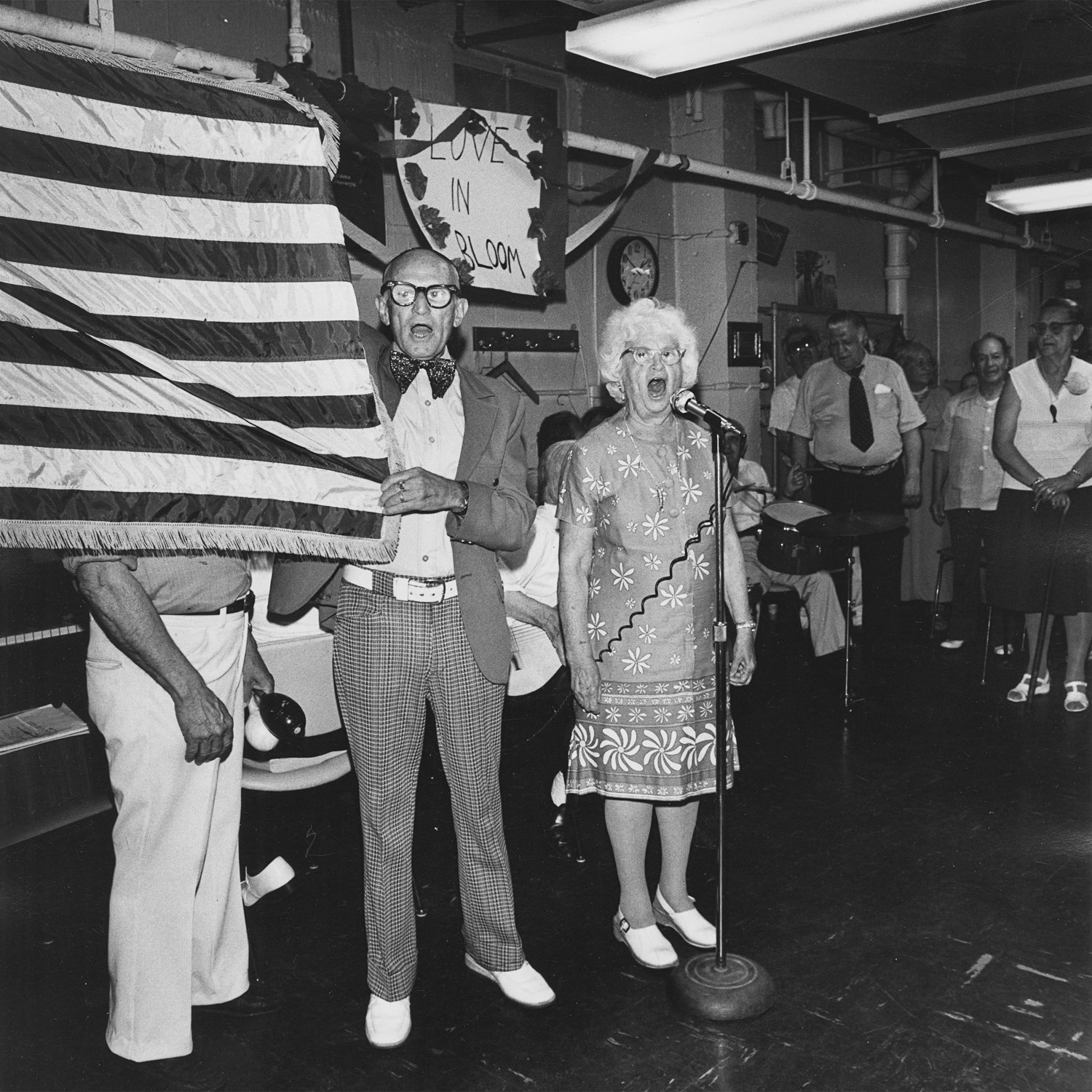 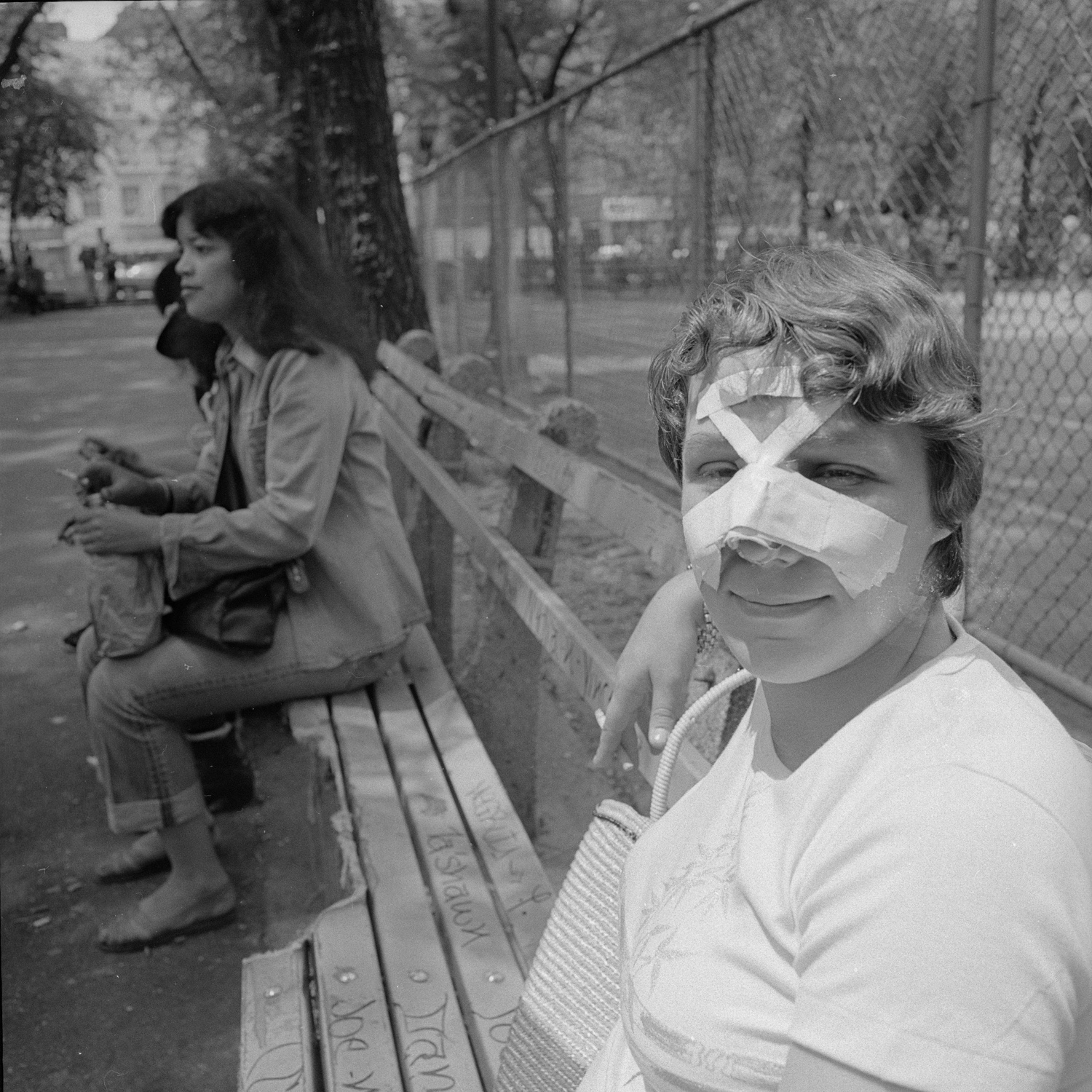 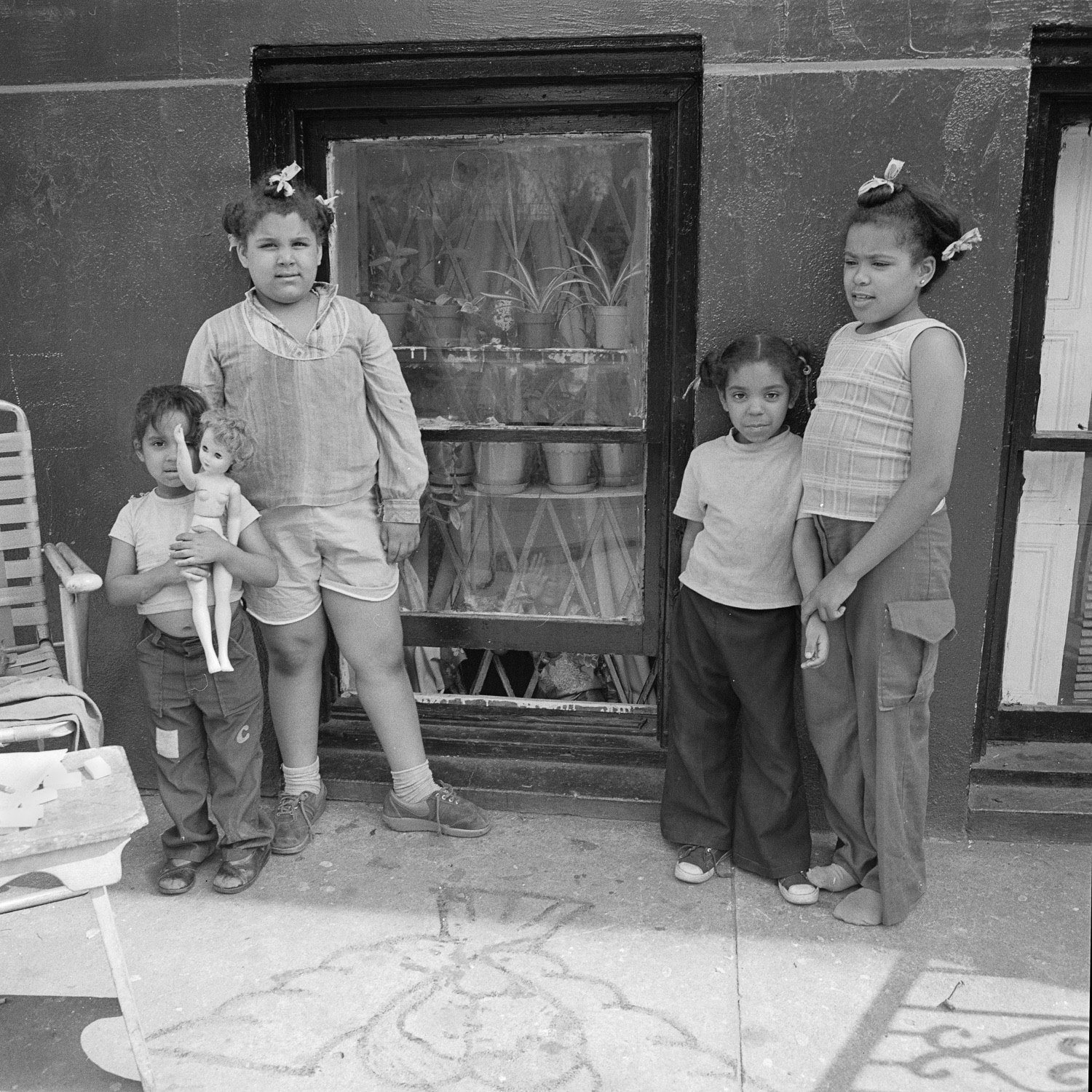 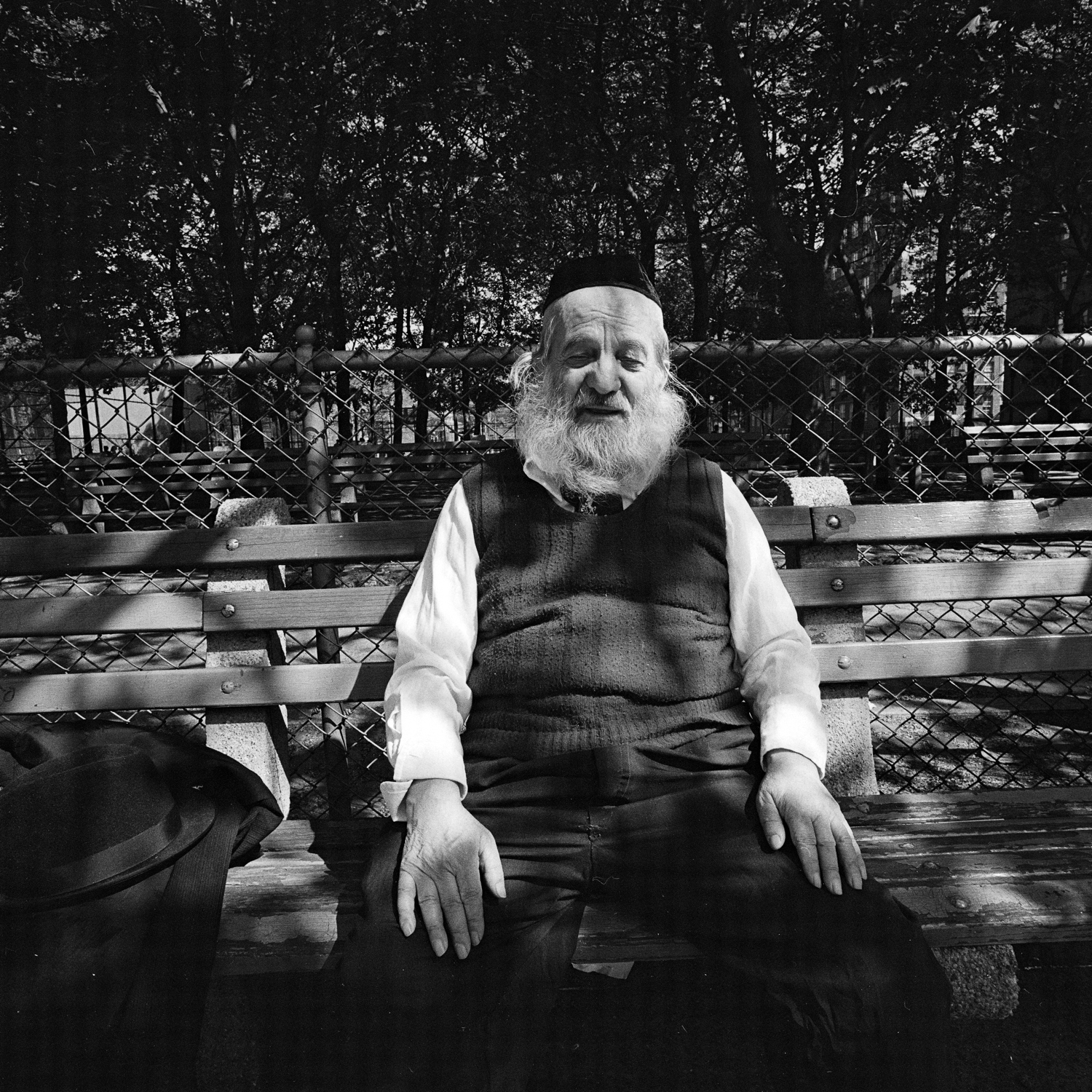 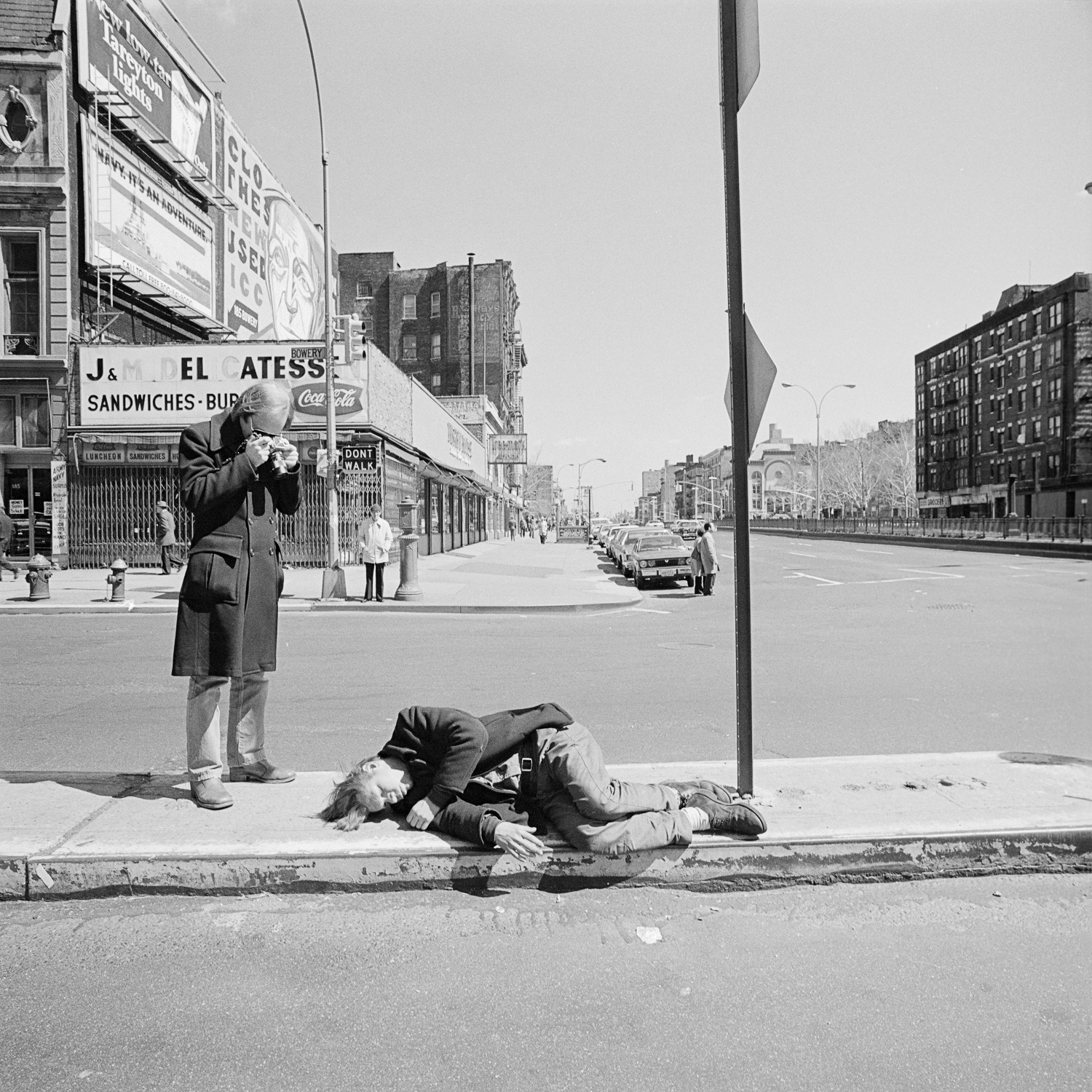 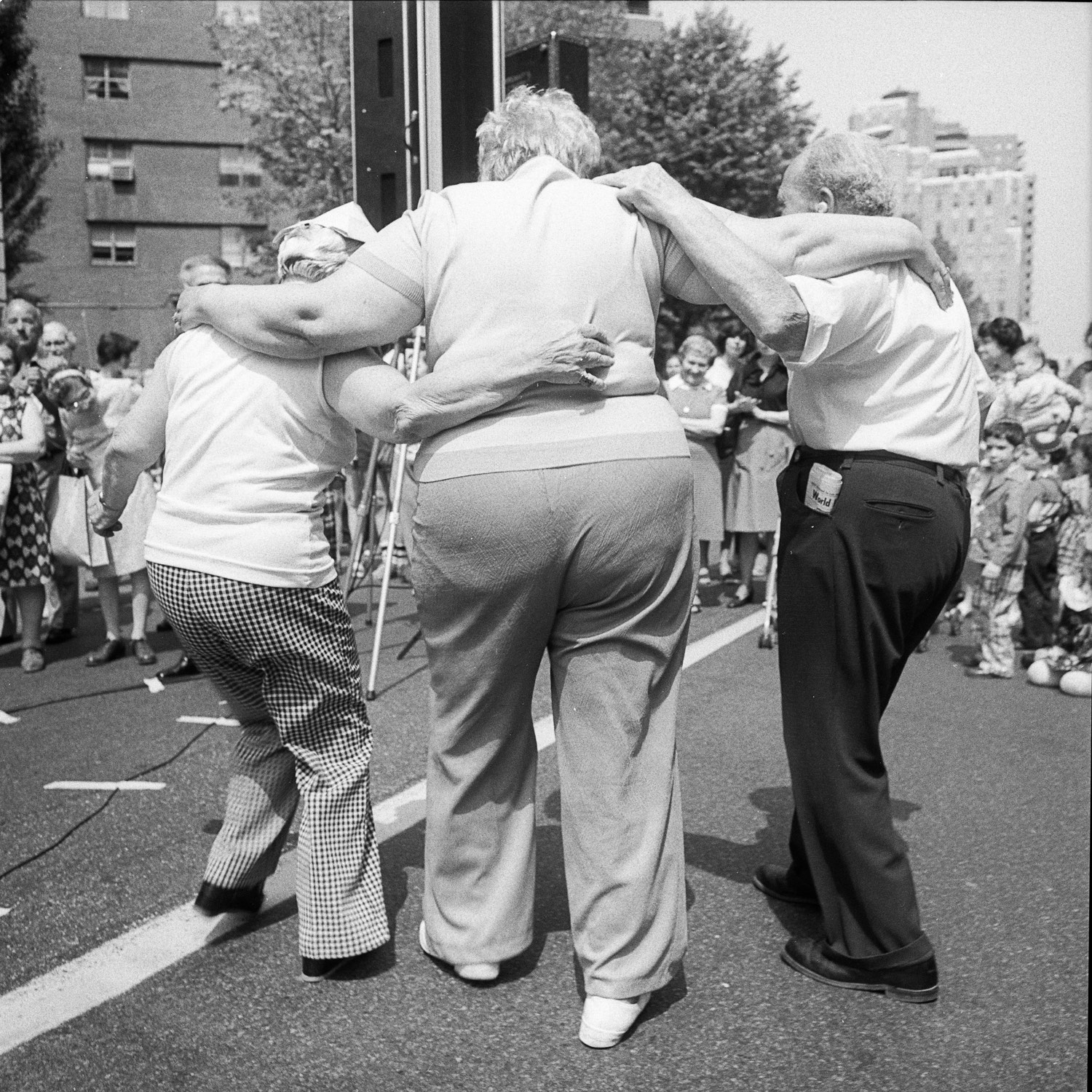 LES YES!: Meryl Meisler 1970s & 80s Lower East Side Photos opens May 3 at The Storefront Project, New York. Many of Mery Meisler’s LES photos are in her book SASSY ‘70s Suburbia & The City.

Linkedin
RELATED ARTICLES
OTHER ARTICLES
After fleeing the war in Ukraine, people are finding it impossible to secure affordable and decent housing in the UK.
Jeffrey Henson Scales intimate portraits and protest images of the BPP and its leaders offer a rare insight into organisation at a time of societal upheaval.
The pro skateboarder withdrew from the 2020 Olympic Games so he could come out as trans. Now, he’s hoping to encourage others to live as their authentic selves – within the sport and beyond.
Zsófia Sivák’s ongoing project documents the country’s tavern culture, preserving a once defining part of rural life.
After blocking the Scottish government’s gender recognition reform bill, Westminster is now devising further changes to the law to make it harder for trans people to self-identify.
From snake handlers to mardi-gras revellers, Tom “TBow” Bowden’s photos provide a snapshot of the wonderful and weird people who make up America.