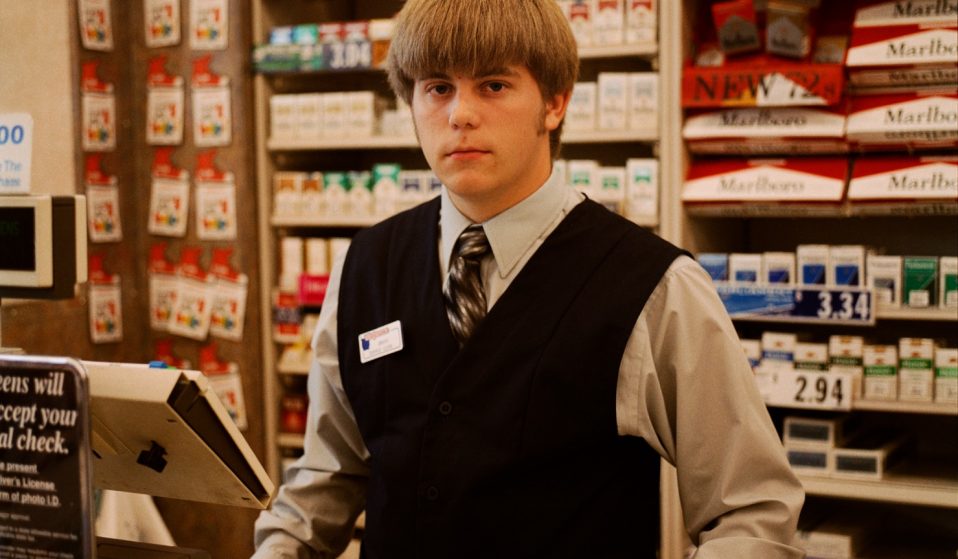 Magnum photographer Gregory Halpern examines the myths around Manifest Destiny and the American Dream in his new series, Omaha sketchbook.

Magnum photographer Gregory Halpern examines the myths around Manifest Destiny and the American Dream in his new series, Omaha sketchbook.

The American Heartland has many connotations. It’s a mythical term steeped in images of family, religious community, hard work, drinking, and the army – each rooted in the archetype of the All-American Man.

It has fascinated painters and photographers alike, from Robert Frank to Dorothea Lange, Edward Hopper to Grant Wood. For the past 15 years, Magnum photographer Gregory Halpern has immersed himself in this fabled world, capturing a panoply of historic symbols to create the new book Omaha Sketchbook (MACK) and an accompanying exhibition of the photographs.

“As an artist growing up in America, this is a subject that is irresistible. If you look at the paintings of Hopper, they’re about the emptiness of the heart of the American Dream. It’s an endlessly fascinating [subject].”

In Omaha Sketchbook, Halpern captures the nostalgia of the titular city. It’s as if someone stopped the clock in 1963: there are scenes of sun-drenched family homes, the church, the football team suited up, the Boy Scouts in their regalia, the meat plant, and the water tour at sunset. It is an epic poem to a city and nation built on the undying belief in Manifest Destiny. 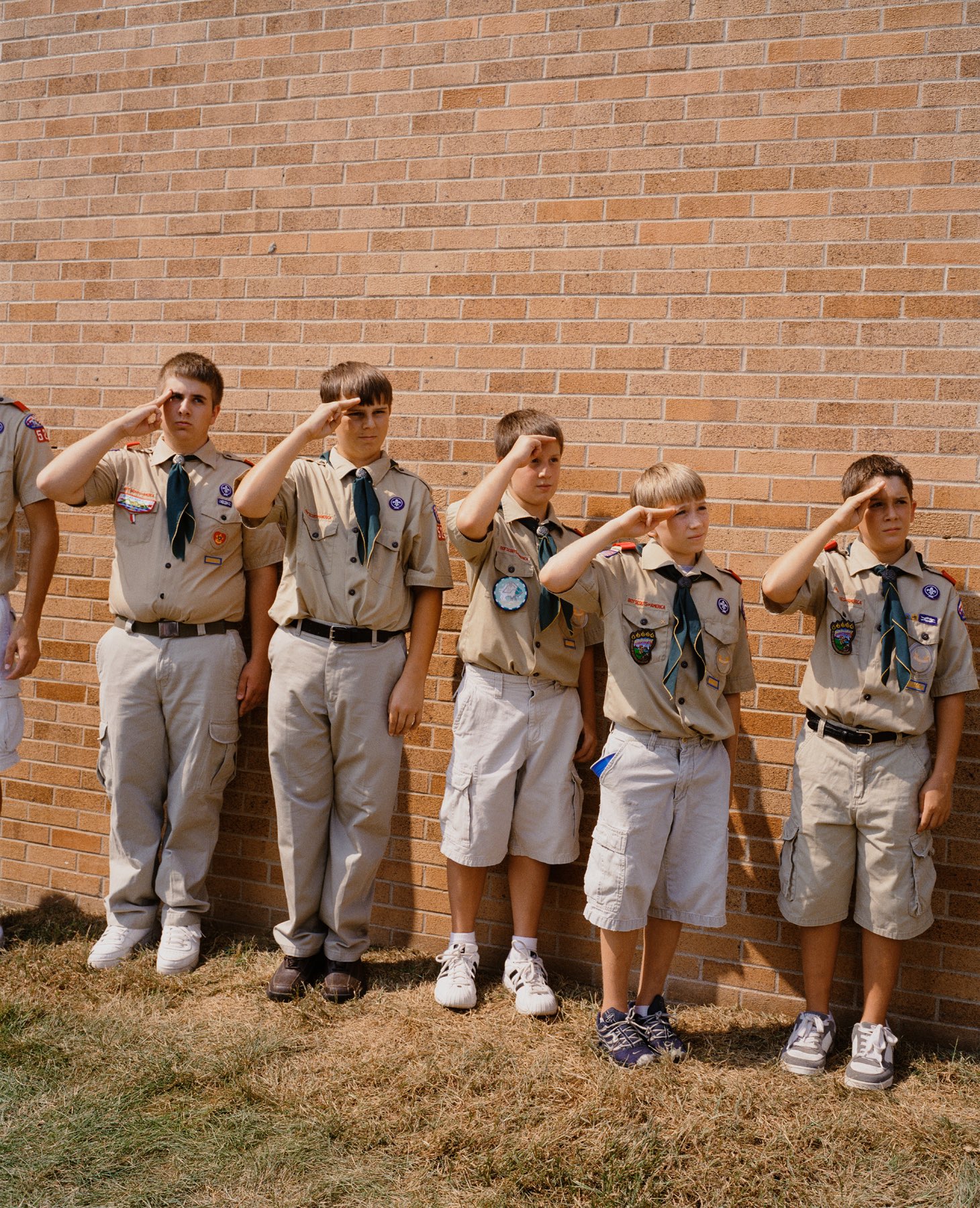 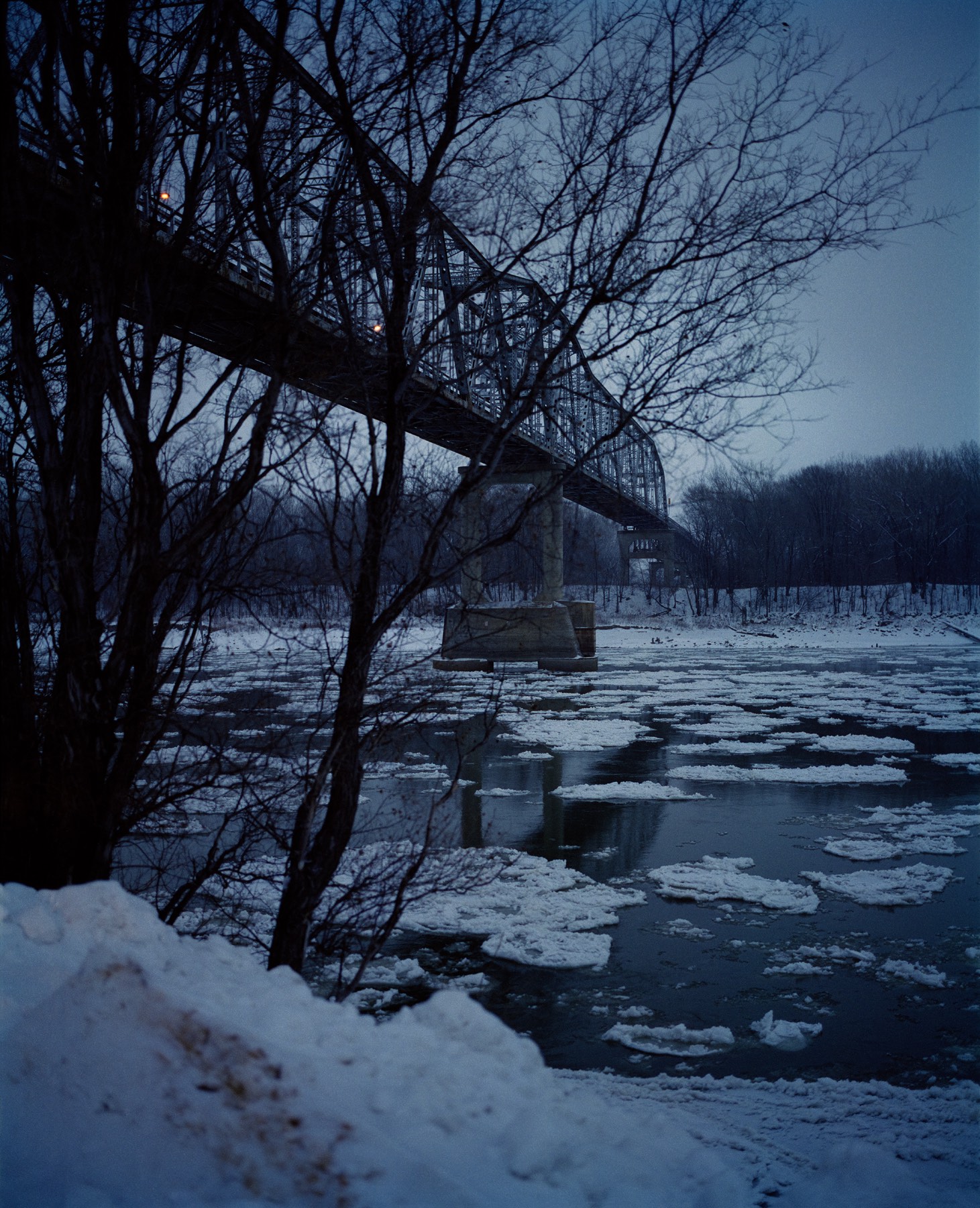 “There’s a strong sense of vernacular poetry in the book: lots of overexposed blurred pictures, power stations, faded pictures, casually composed pictured deliberately snapshot to give a sense of a language that sums up the day to day aesthetic,” Huxley-Parlour says.

“There’s a look in the book of the disposable Instamatic Kodak; the one-time-use cameras you used to buy for $5, and there’s a feel of photographs that are not about composition and elegance but are about raw feeling, power, and place.”

At the same time, there is a sense of the monumental within these quiet images of daily life; a feeling of something heroic that tugs at the heartstrings of nationalists.

“My feeling is that this isn’t about the future, but an America rooted in the past,” Huxley-Parlour says. “It’s about this old fashioned notion of American values in a fairly normal city, in a normal part of America. This is the sort of place where right-wing values that hold firm and always have done. It’s a view of a traditional America on the precipice of modernity. I don’t see much of the future there.” 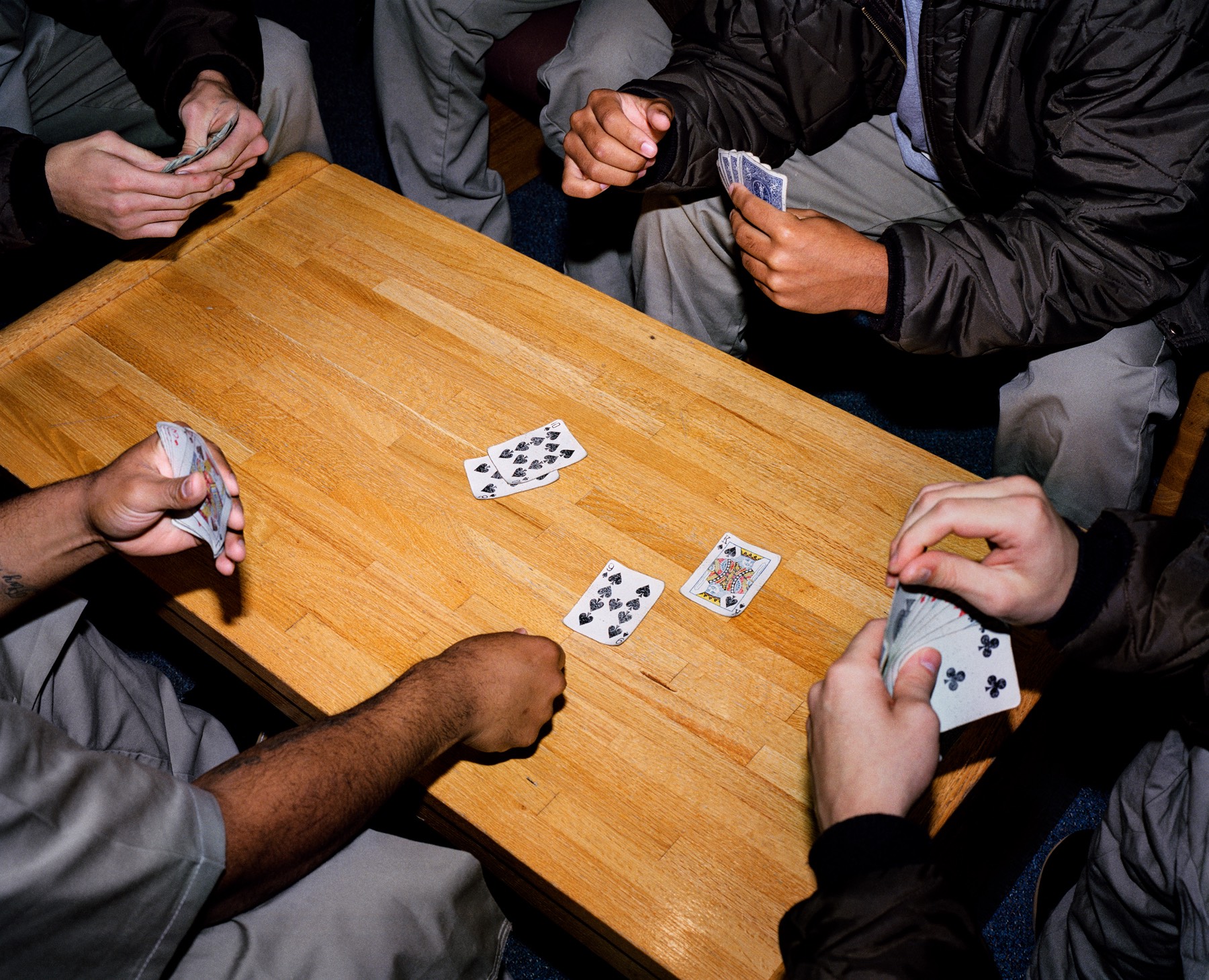 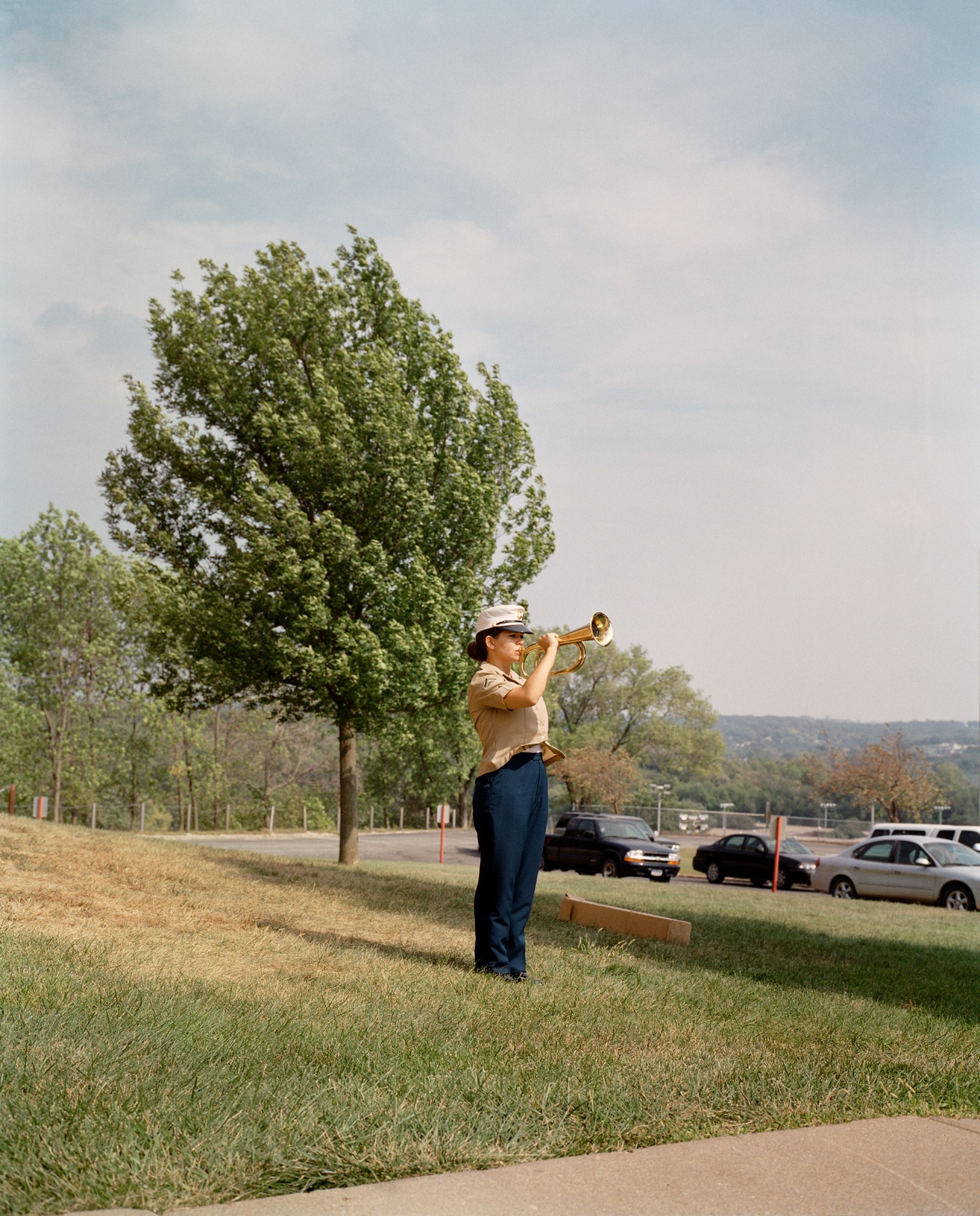 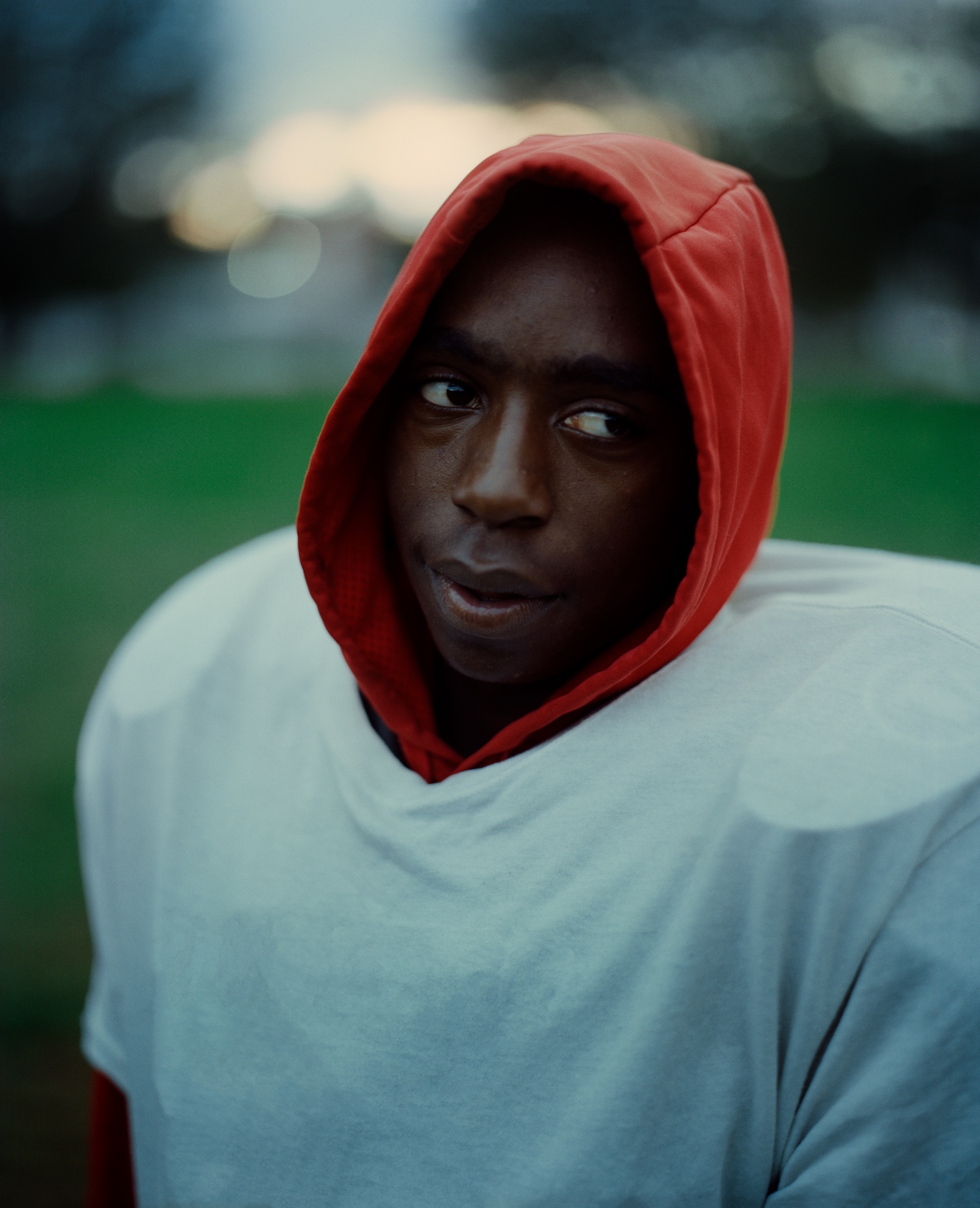 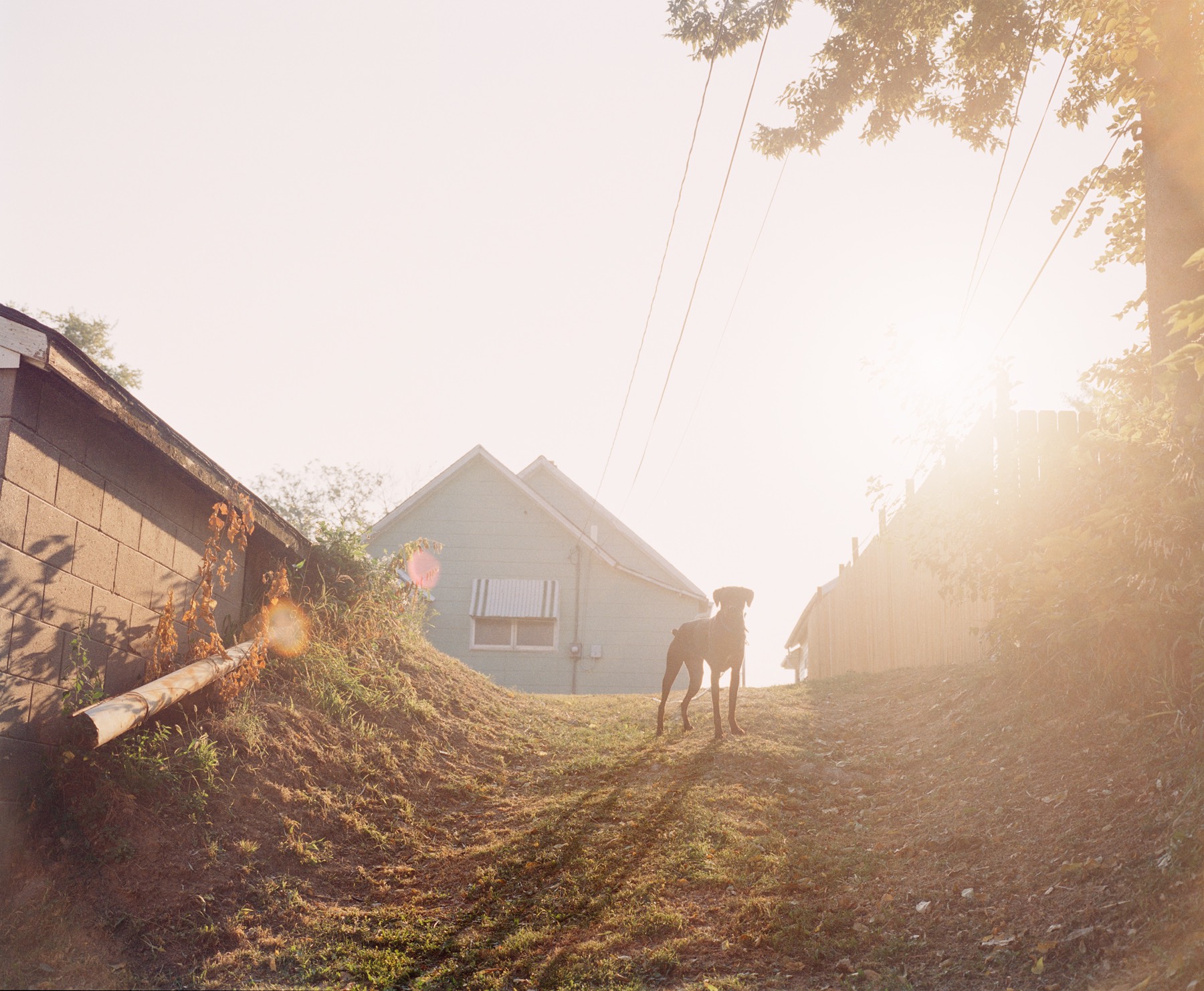 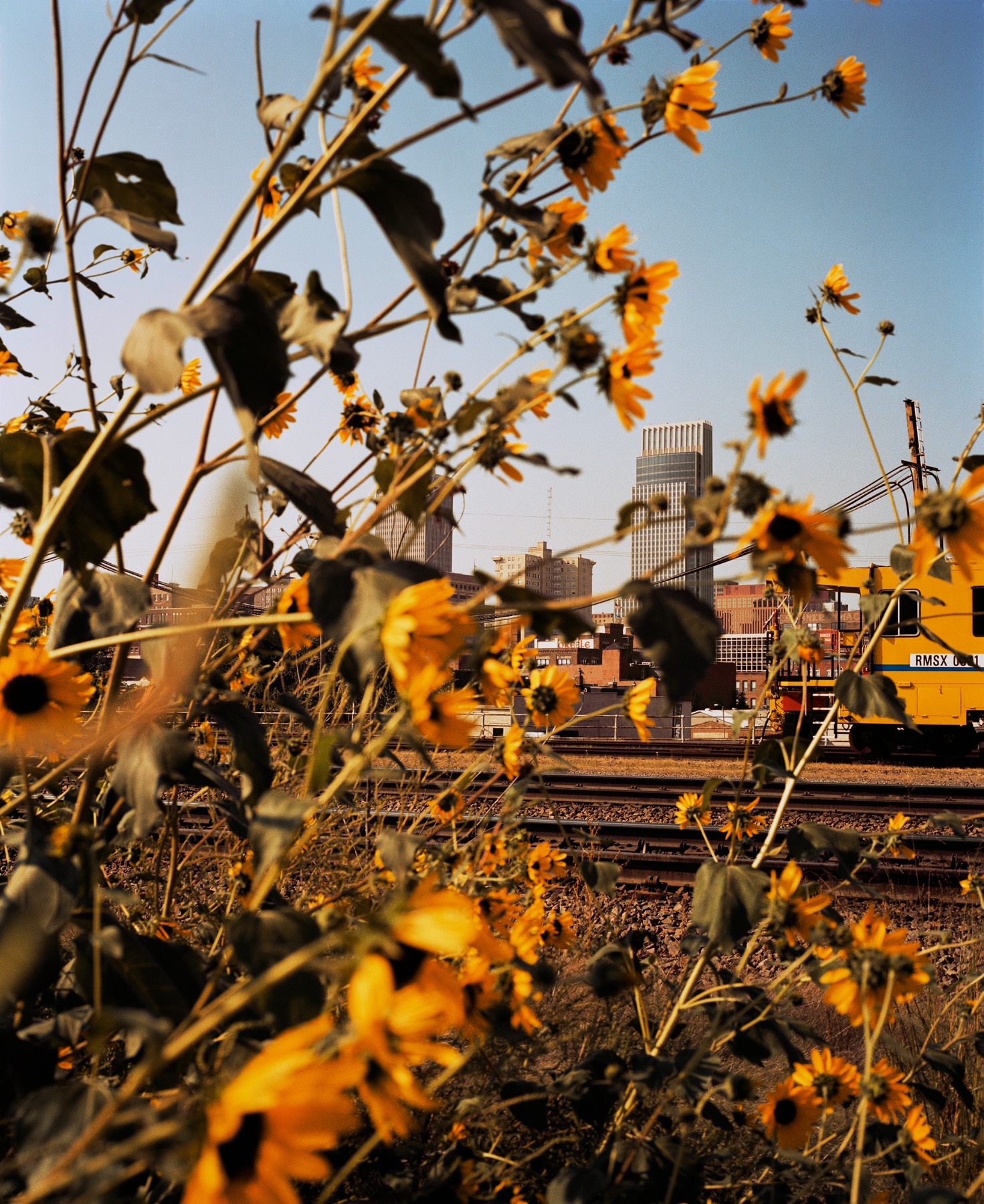 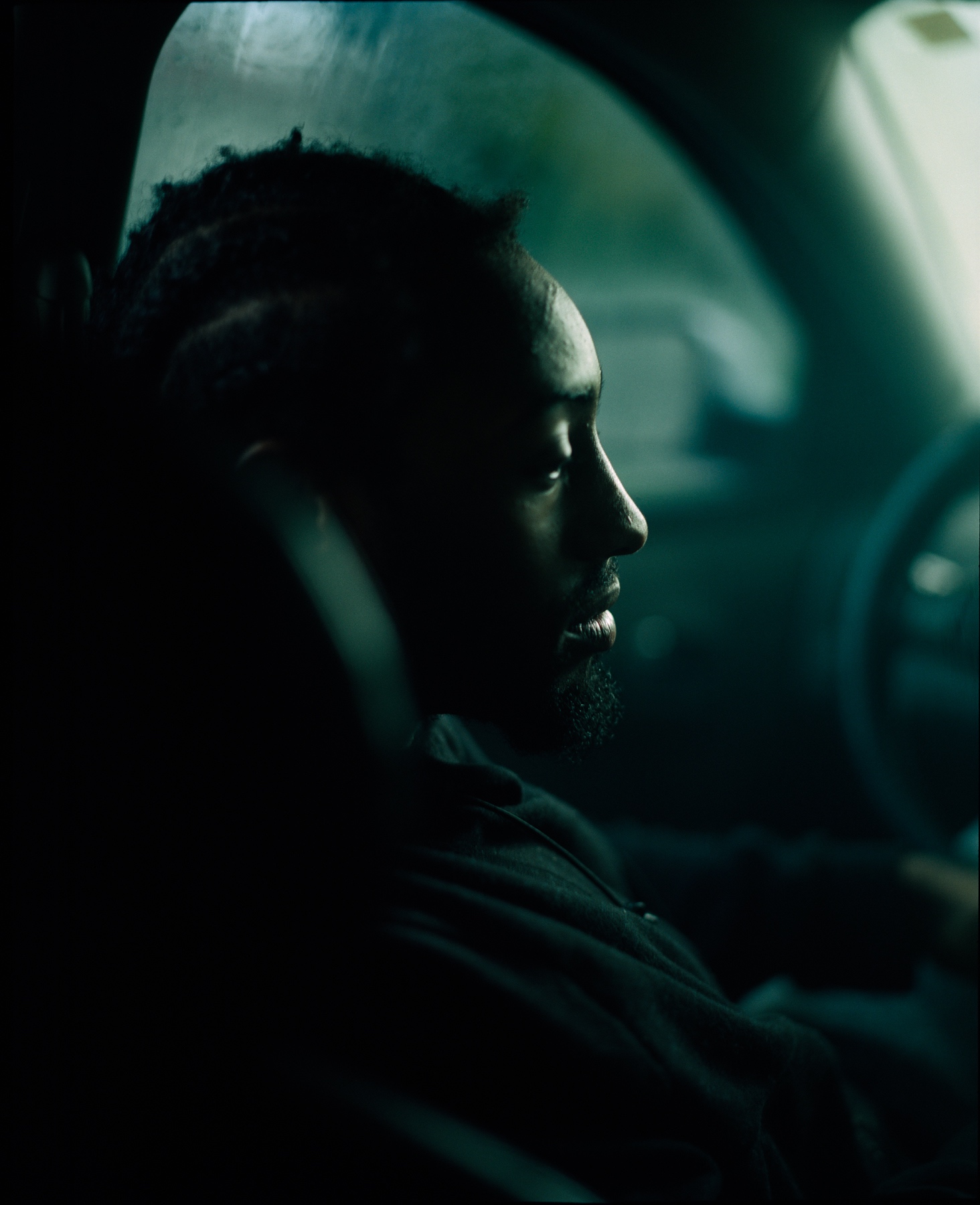 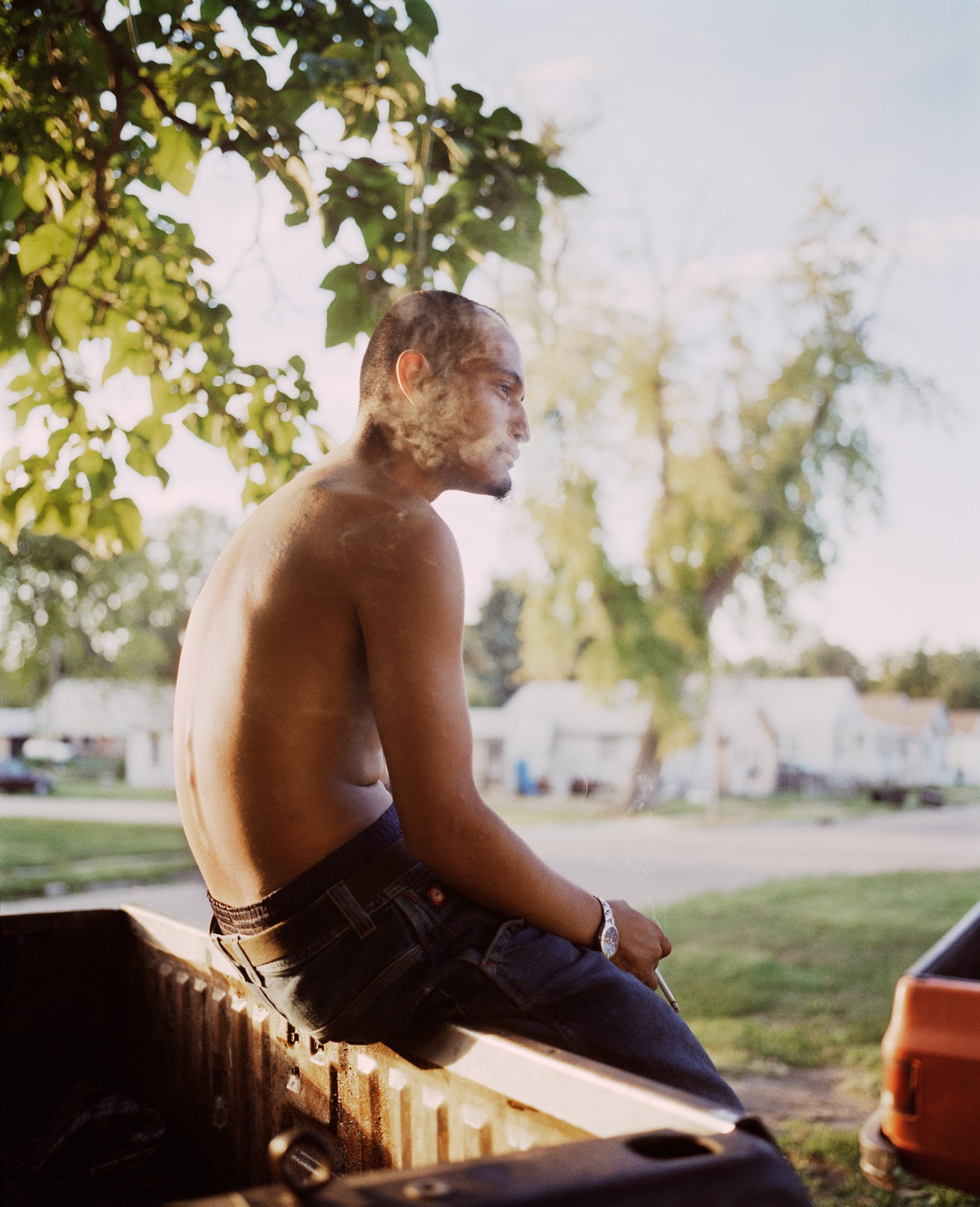 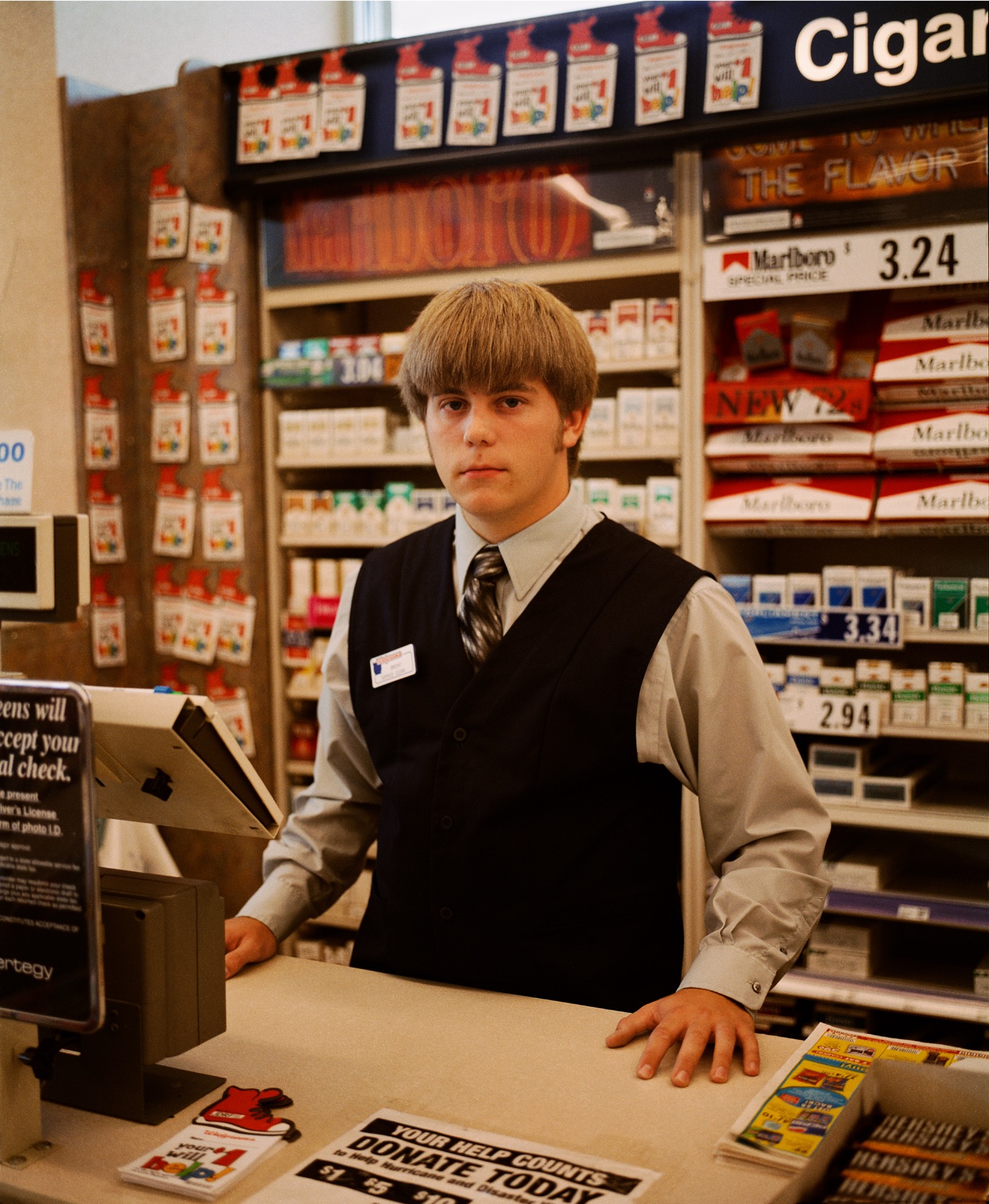 Gregory Halpern: Omaha Sketchbook in on view at Huxley-Parlour Gallery in London through October 12, 2019.

Linkedin
RELATED ARTICLES
OTHER ARTICLES
Activists and campaigners are fighting back against new laws that would seriously undermine the ability to take industrial action, calling it an attack on fundamental workers' rights.
Theo McInnes’s photos of the annual event provide an intriguing snapshot of contemporary Britain.
As she gears up for the release of her first book, the 24-year-old climate activist talks standing up to authority and building a more inclusive movement.
Social prescribing connects people with non-medical support to improve their health and wellbeing – but some experts worry it’s just a stick plaster solution.
Following the release of his debut single, Deyaz talks battling addiction, dealing with his struggles through music, and building a budding music career from his living room.
After building his reputation covering the US civil rights movement in the 1960s, the photographer went on to produce some of the most enduring images of the past century.