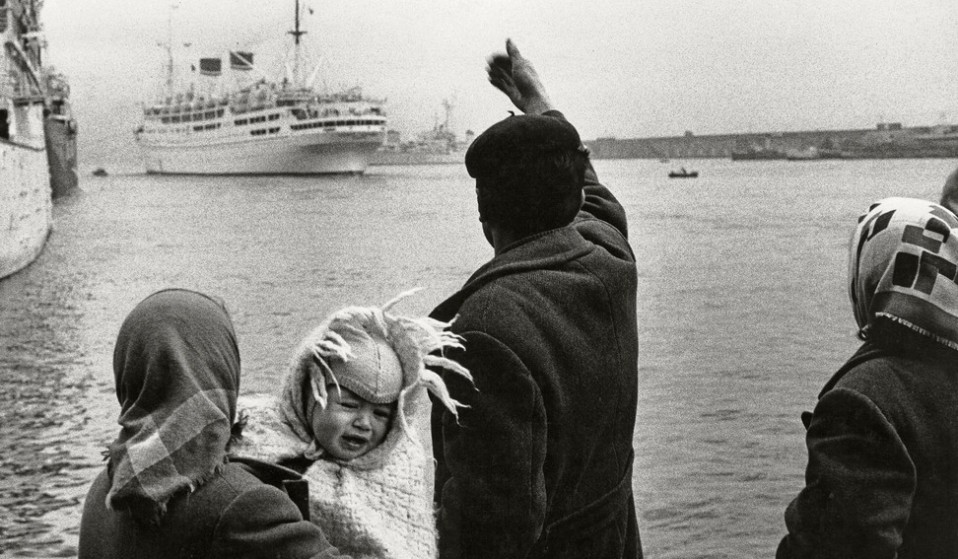 Imagine arriving in a strange continent. Everybody speaks another language, even simple road signs are written in an alphabet you’ve never used before. The climate and culture is totally different and you know nobody in this new place. In fact, you had probably never thought of coming here until a brutal civil war destroyed your homeland and you were forced to flee for your life. But you’re here, you’re alive and now you have to build a totally new life for yourself in this strange land.

This is the picture that faces the millions of refugees who have arrived at Europe’s borders in recent years. As photographer Thomas Dworzak covered the refugee crisis for the Magnum photo agency, he started to realise the need for something to help refugees make the perilous journey to safety and help them settle once they had arrived. Originally conceived as a survival guide intended for refugees in transit, Europa has evolved to become a comprehensive guide to life in the EU for refugees. 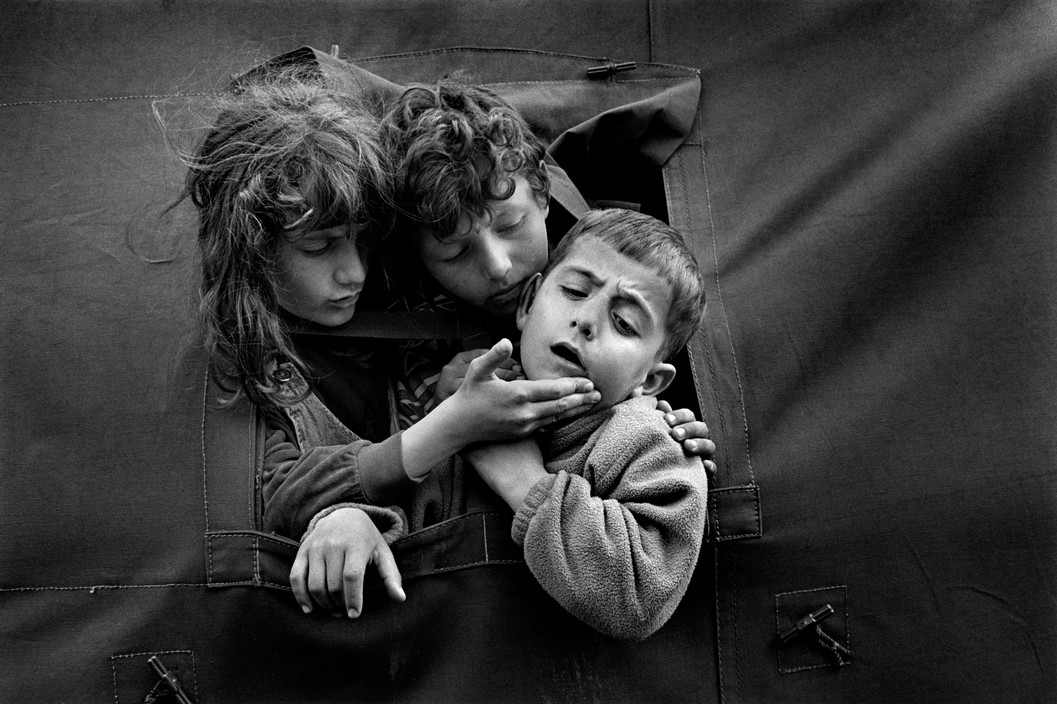 “Europa grew out of my frustration with covering the refugee crisis,” Thomas explains. “All of the photographers were doing the same thing. We were all taking the same pictures. It just felt like too little, too late. When I spoke to refugees, they never asked for anything. All they wanted to do was ask questions: ‘What are the differences between the social systems of Sweden and France,’ for example. They had practical questions that weren’t being answered.”

Europa: An Illustrated Introduction to Europe for Migrants and Refugees is a book created by a group of Magnum photographers and journalists who have been covering both the refugee crisis in Europe as well as the many contexts across the Middle East, Asia, and Africa that gave rise to these migrations. Drawing on first-person testimonies from citizens, immigrants and refugees old and new, expert advice and Magnum’s extensive image archive, the book is a non-profit project that will be available in Arabic, Farsi, English and French. While it’s a practical guide, it also functions as a people’s history of modern Europe, forged though conflict, displacement solidarity, and reconciliation. 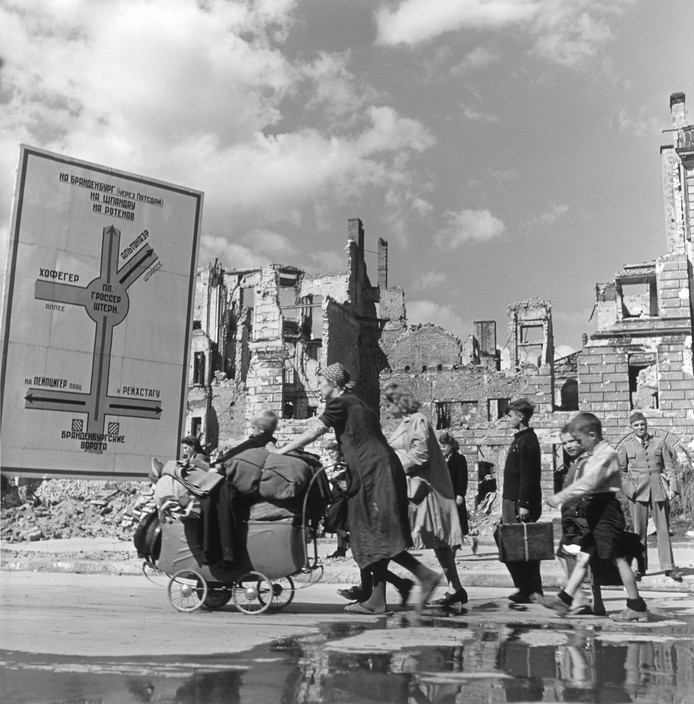 “I thought about what we, as a photographic agency could offer,” Thomas says. “We’re visual people and I was really taken by the idea of creating a visual Lonely Planet-style guide for refugees. I initially wanted to do something really practical that would help them on their journeys, but now that most have already arrived, they’re not walking any more, there’s a need for different information.”

The photography is equally as useful as the written guides, Thomas argues. “The photography is key to the book,” he says. “Magnum was founded after the Second World War and the whole experience of that conflict was fundamental to the birth of the agency. From the feedback I’ve received from refugees, seeing the photographs of migration that date back to the aftermath of WWII was incredibly revealing and helped them see what happened in the past. Of course it doesn’t alleviate any of their suffering, but it helps put it in context.”

The refugee may be as old as history itself, but Thomas has observed the way photographers document migration evolving since Magnum was founded. “The approach has changed dramatically,” he explains. “We’ve seen a move from a more conventional approach to a more conceptual one. Of course that shift is not just limited to the refugee crisis. Pure documentation was such an extraordinary thing in the ‘40s and ’50s, and it’s still very important, but now the personal vision of the photographer has greater weight.” 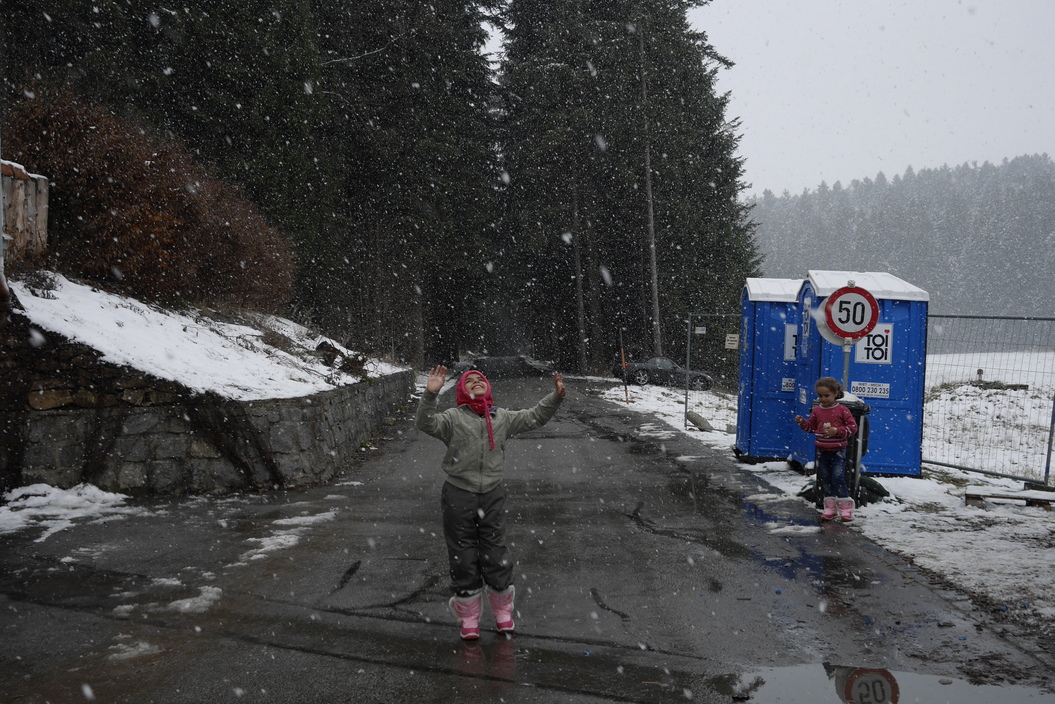 Thomas Dworzak
GERMANY. AUSTRIA. Wegscheid border post. November 2015. Syrian refugees at Austrian/German border, waiting to cross to Bavaria. The girl is still on the Austrian side.

The way Europe has responded to refugees, too, has changed hugely, even in the course of Thomas’ own lifetime. Born in 1972, he’s the son of German-speaking refugees who left Czechoslovakia at the end of the WWII to settle in Bavaria, Germany, he was conscious of growing up as an the outsider, with the label ‘refugee’ proving hard to shift.

Thomas was ashamed of the notoriously bad treatment of refugees he saw in Hungary, especially given the fact that Hungary itself was the source of tens of thousands of refugees, within living memory. But he celebrates the response he saw from ordinary people firsthand, in Germany and elsewhere, volunteering their time to welcome refugees and help them integrate.

“The backbone of the whole effort were volunteers, people who said, ‘OK, let’s help them’,” Thomas says. “Everybody who came here has a different cultural background, there’s no refugee monolith. This book was an attempt to reach out to those people as an audience, rather than just documenting them from a distance. I hope the book proves useful to help people integrate and help them fit in to their new surroundings.”

Find out more about Europa: An Illustrated Introduction to Europe for Migrants and Refugees.

Linkedin
RELATED ARTICLES
OTHER ARTICLES
A 28-year-old from Texas was forced to travel across state lines for an abortion that would save her life and end a pregnancy that her baby had no way of surviving.
Photographer Bud Glick recounts documenting everyday life in the area, and what it taught him about the Chinese immigrant experience.
One year on from the fall of Afghanistan to the Taliban, Tiara Ataii speaks to those who have been forced to make the treacherous journey to Europe for safety, and the barriers and horrors they have faced.
Steel City is often overlooked when it comes to the country's cultural radar despite its role in shaping electronic music.
Danny Burrows discusses his new series of images documenting an pacifist anabaptist community who lead an alternative way of life.
From the early originators to the female writers at the forefront of today’s scene, we talk to the artists redefining graffiti’s consciously macho origins.