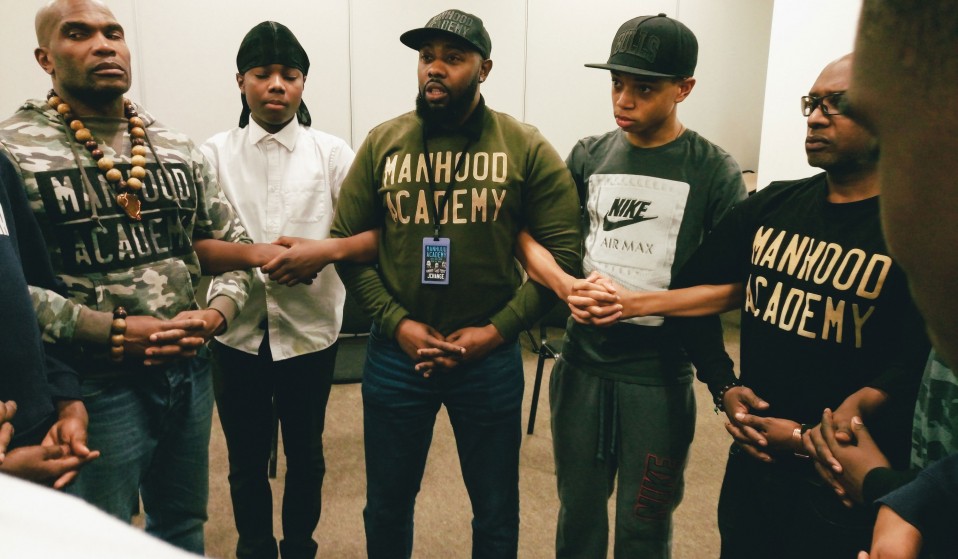 Photographer Shannon Jensen Wedgwood heads to an academy of a different kind, where learning what it means to be a man is a rite of passage.

In the final chapter of Pivot Points, stories of change from Huck photographers, Shannon Jensen Wedgwood heads to an academy of a different kind, where learning what it means to be a man is a rite of passage.

Navigating adolescence is always tricky, but its challenges are particularly acute for young men growing up without fathers in neighbourhoods facing deprivation, violence and drugs, where positive male role models are in short supply. 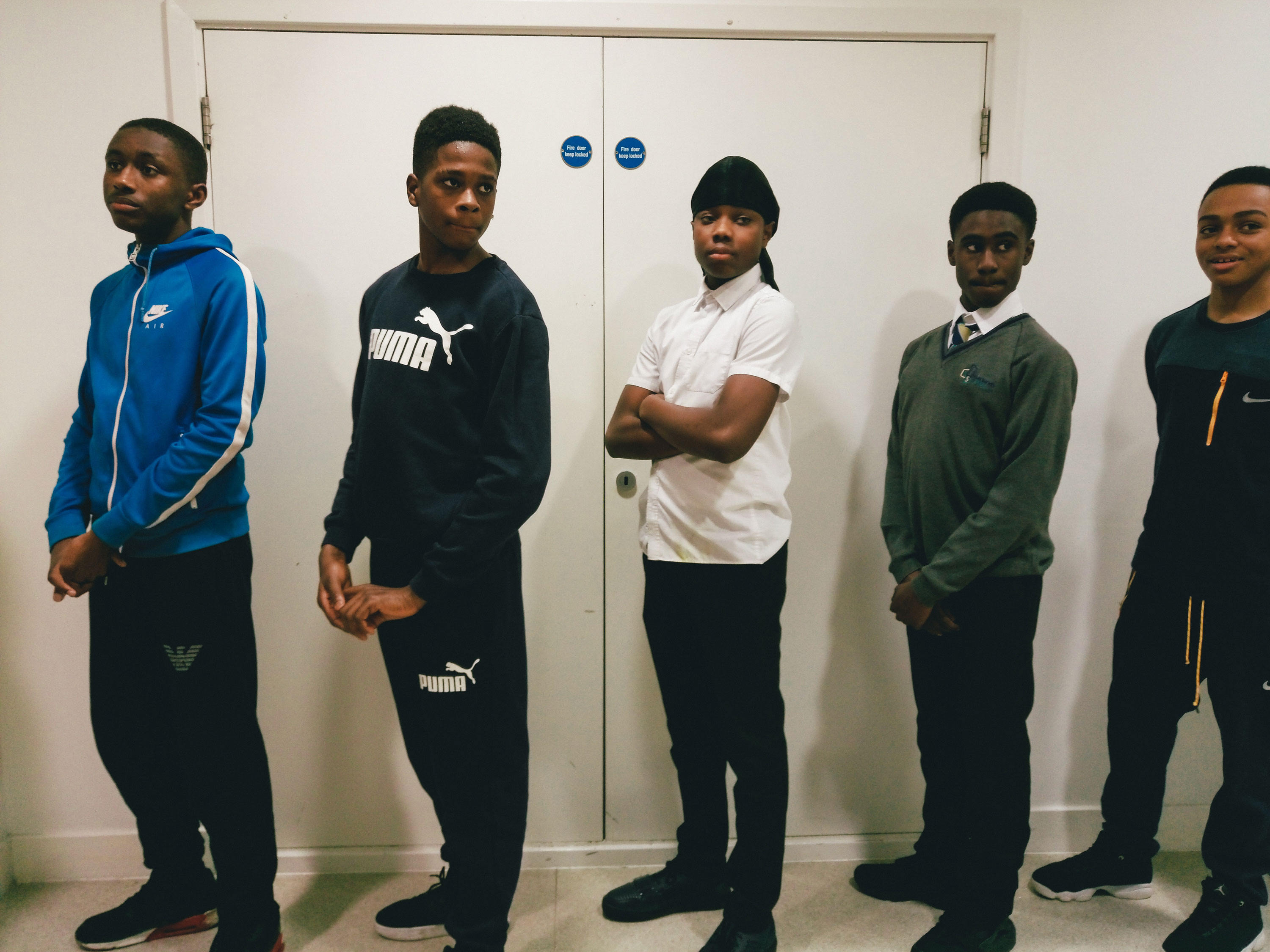 The boys line up before entering the room, as the mentors encourage them to stand up straight. From left to right: Jahran Douglas-Jones, Jaheym Foster, Leon Prendergast, Amari Woodrow-Stuart, Marcus English 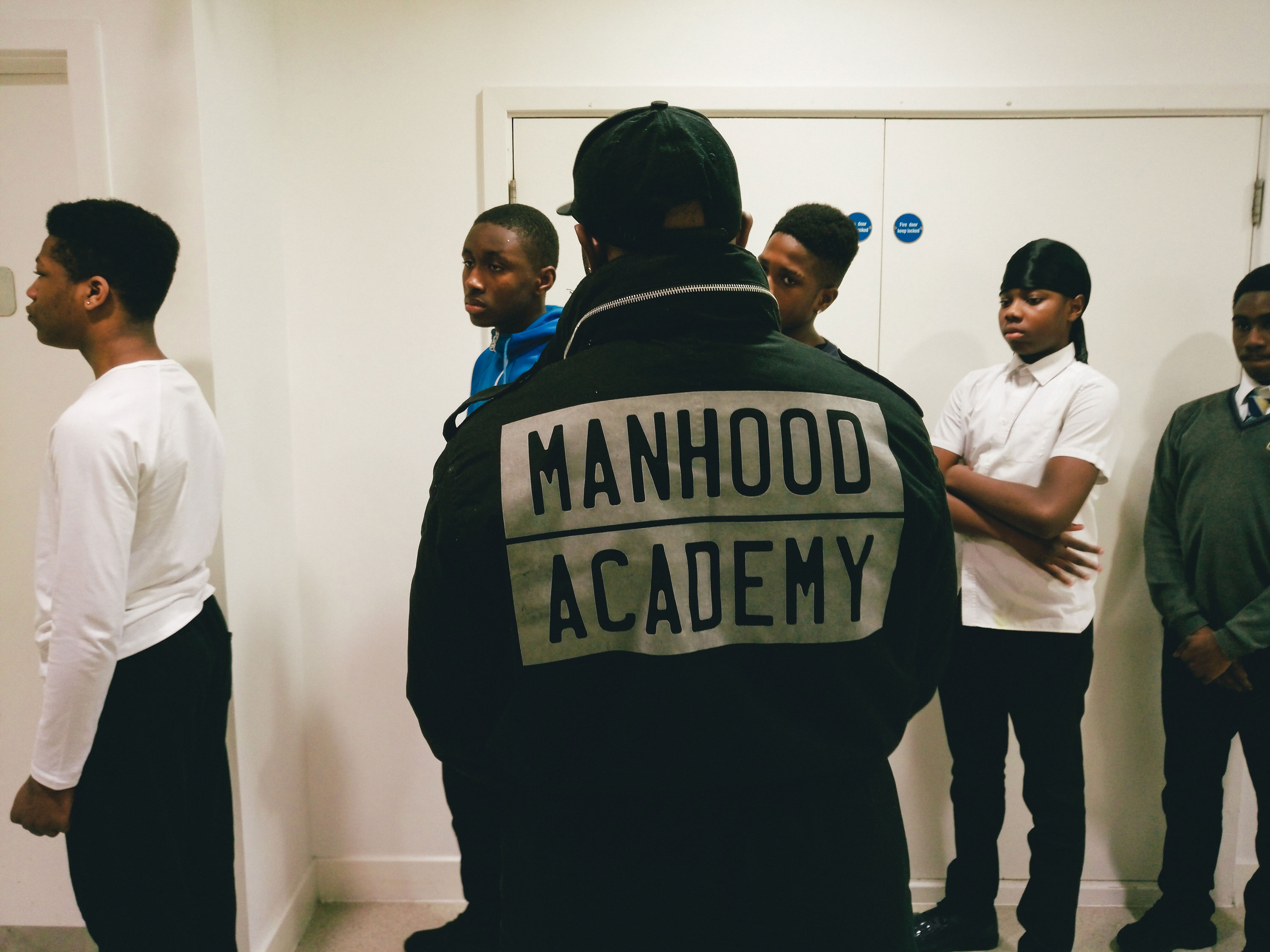 Aundrieux Sankofa, Davis Williams and six other men have stepped in to fill that gap, launching the Manhood Academy for boys in October 2016.

After many years working in education, in youth care homes, in prisons and on the streets with gangs, they wanted to provide an alternate model of positive masculinity, steering boys onto a path of empowerment, leadership and responsibility. 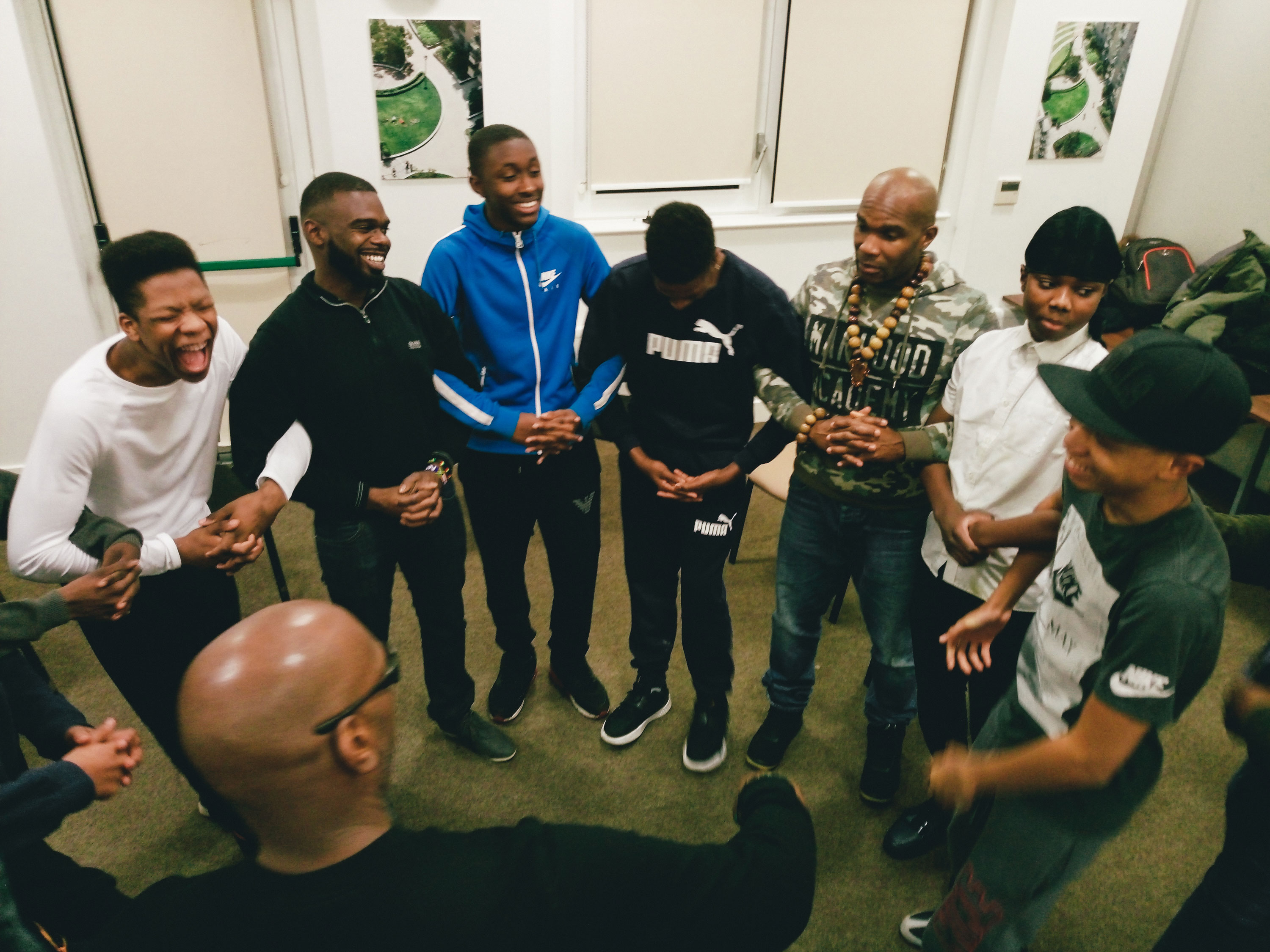 Mentors lead a conversation about anger and encourage the boys to open up about their emotions. 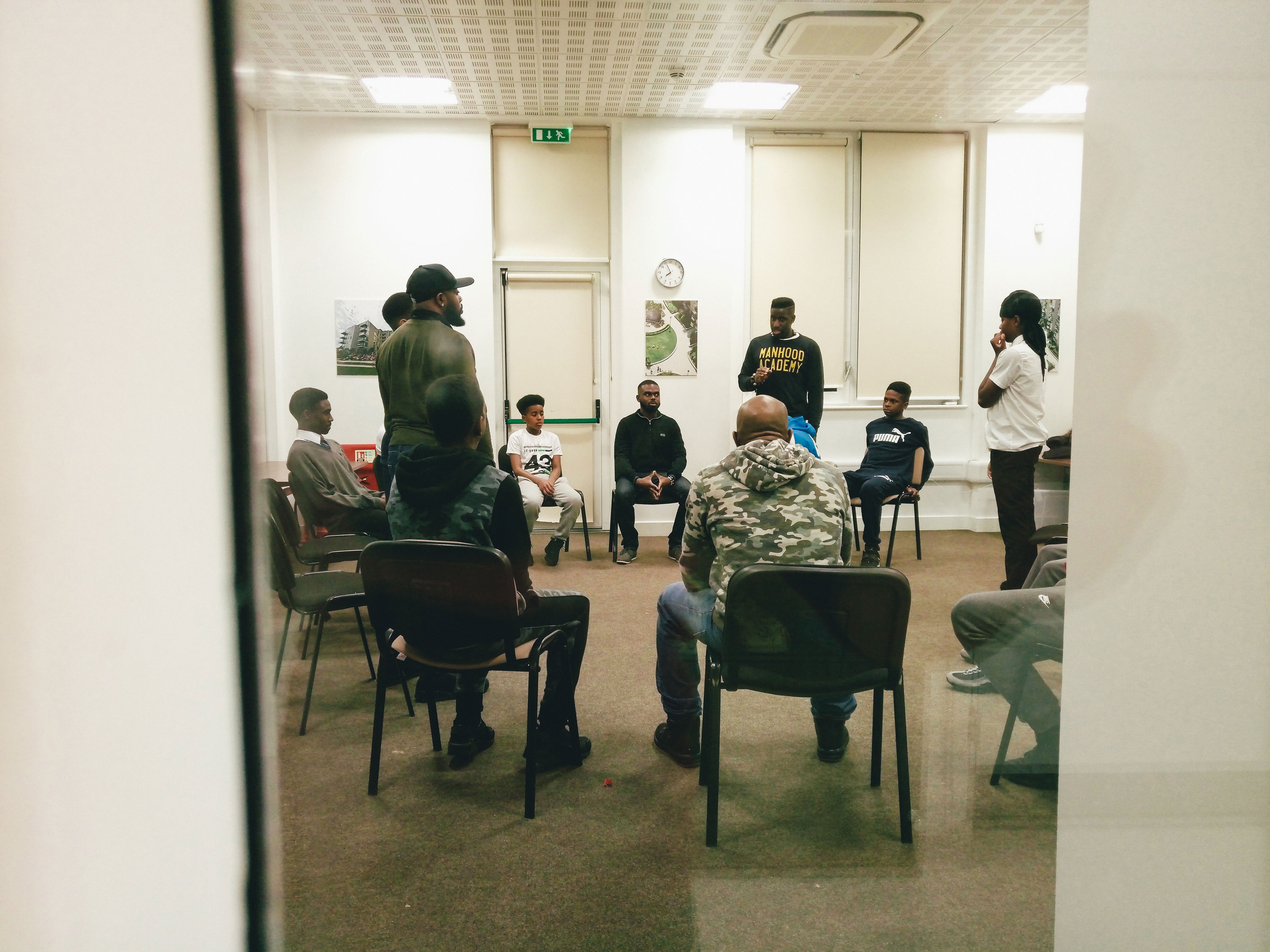 One of the key inspirations was a trip Williams took to the Gambia in 2015 to explore his family roots, where he witnessed a revelatory traditional rites-of-passage celebration for young men. He brought back the idea of a rites-of-passage themed program tailored to thriving in the urban environment of his London community.

The group meets weekly, with programs aimed at pre-teens and teenagers, exploring different aspects of becoming a man through modules represented by the four natural elements: earth, water, fire and air. 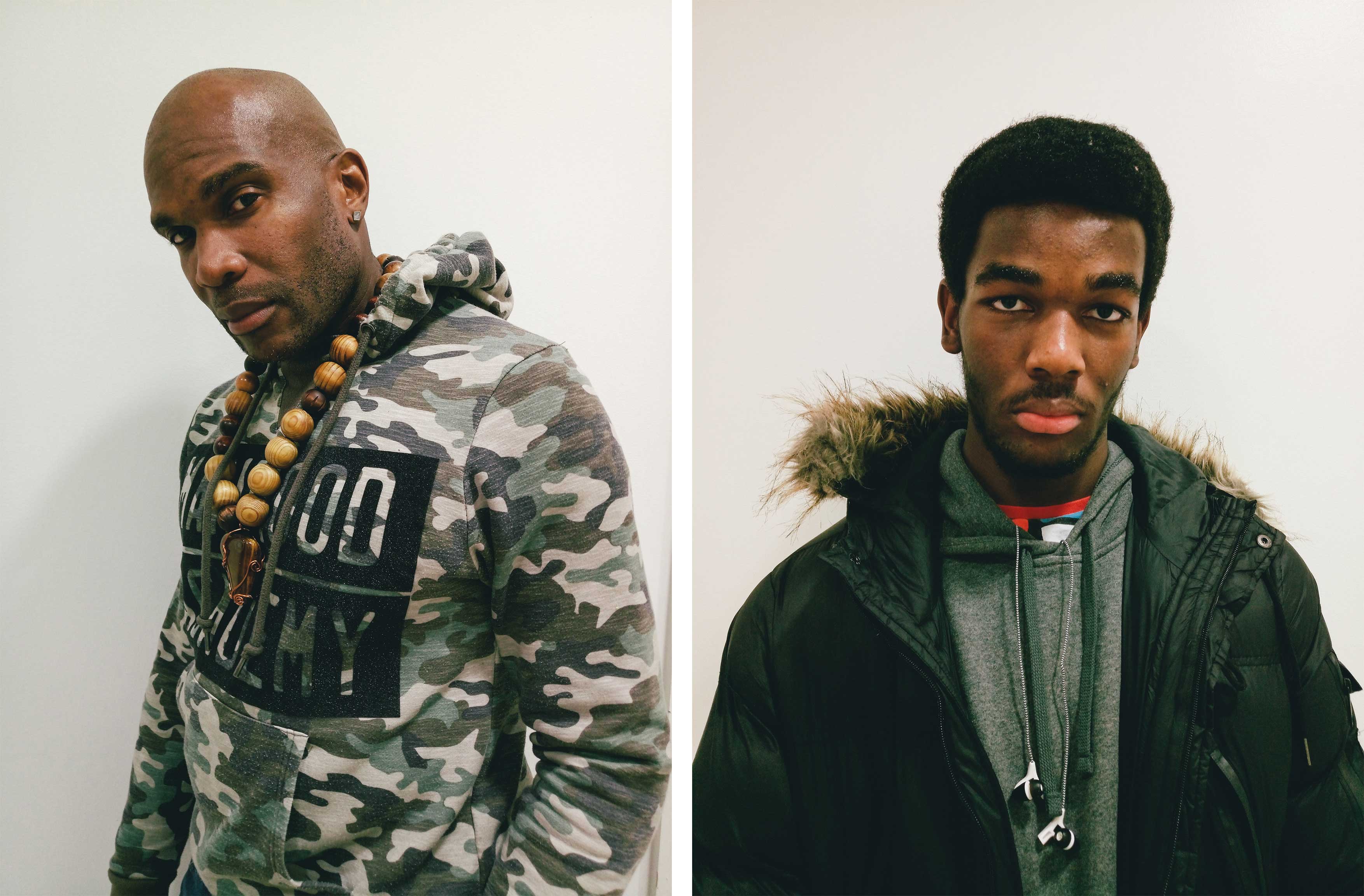 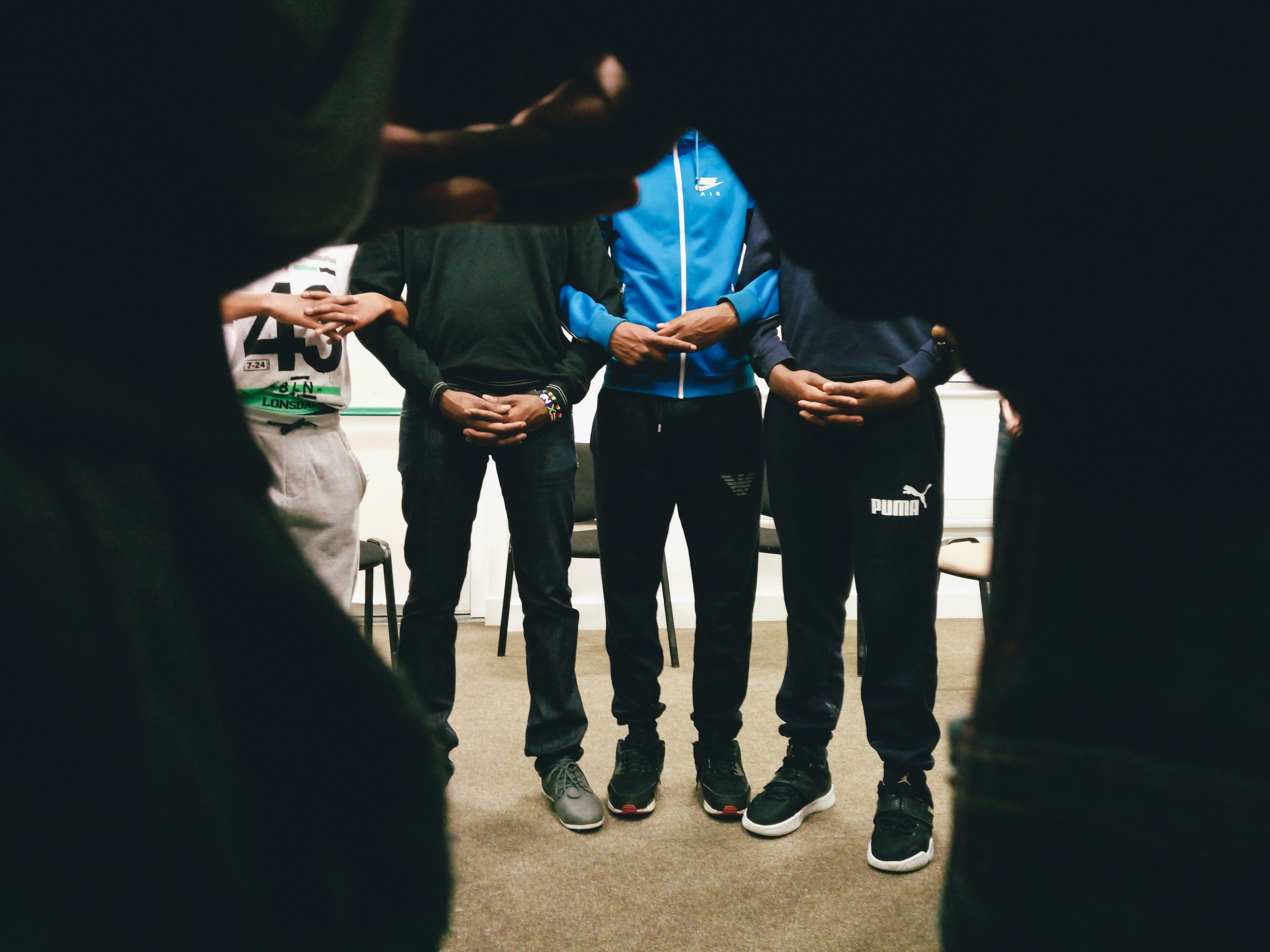 Tonight, on a rainy Wednesday night mid-December in north London, 10 teenagers gather together for the final session of the year, goofing off and commenting on one another’s sneakers before their cell phones are collected and they are hustled into the hallway, asked to stand up straight and demonstrate their seriousness of purpose. 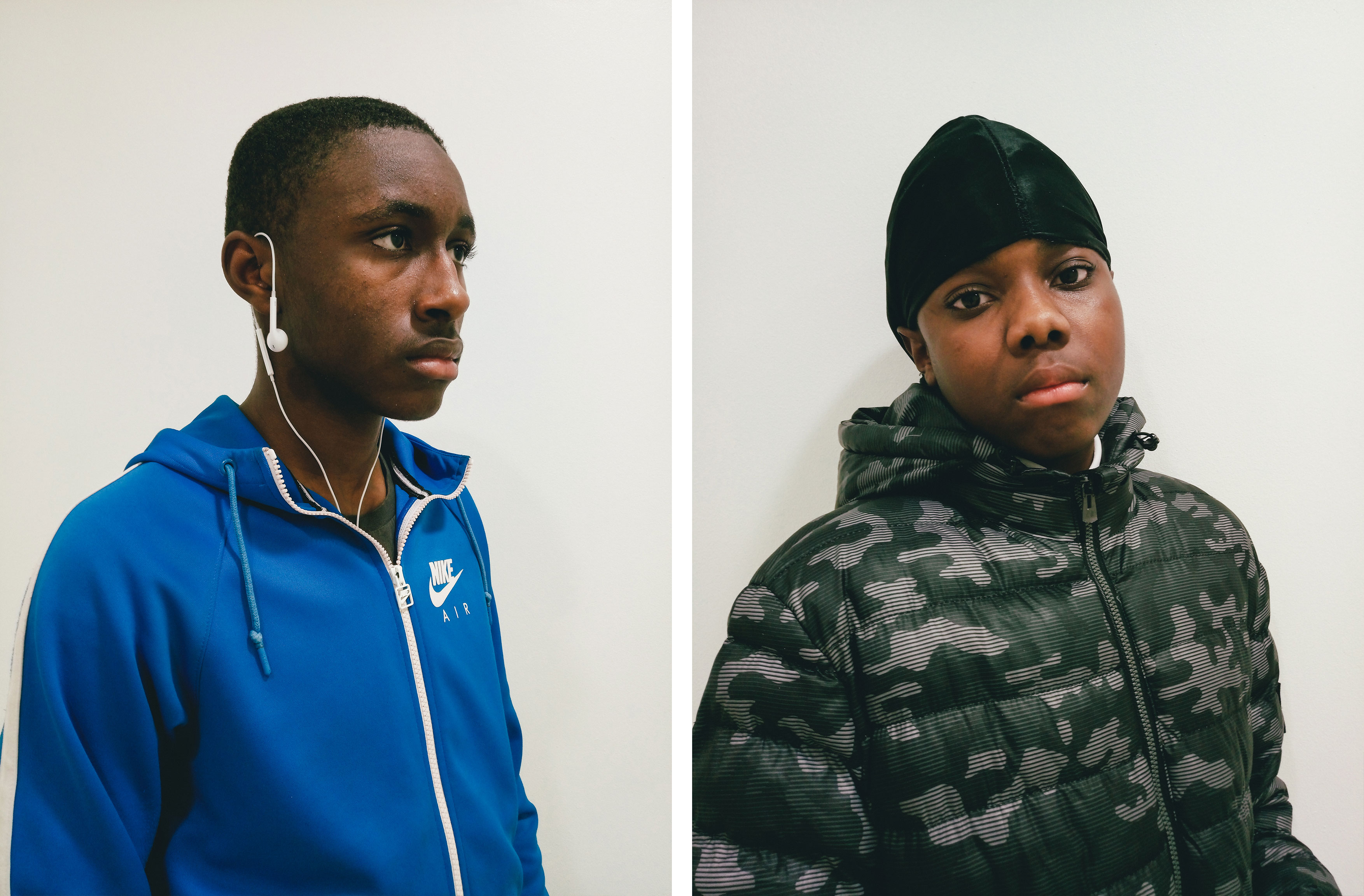 The group files quietly into the room and gathers in a circle, arms interlocked, representing an unbroken chain. Each session is started this way, with a supportive pep talk and a set of affirmations, repeated as a group and as individuals.

The coaches, as the mentors are called, push the boys to stop constantly making jokes and to be authentic with themselves and each other. They check in to find out if anyone has anything in their life distracting them from their focus and gently chide a couple of latecomers. 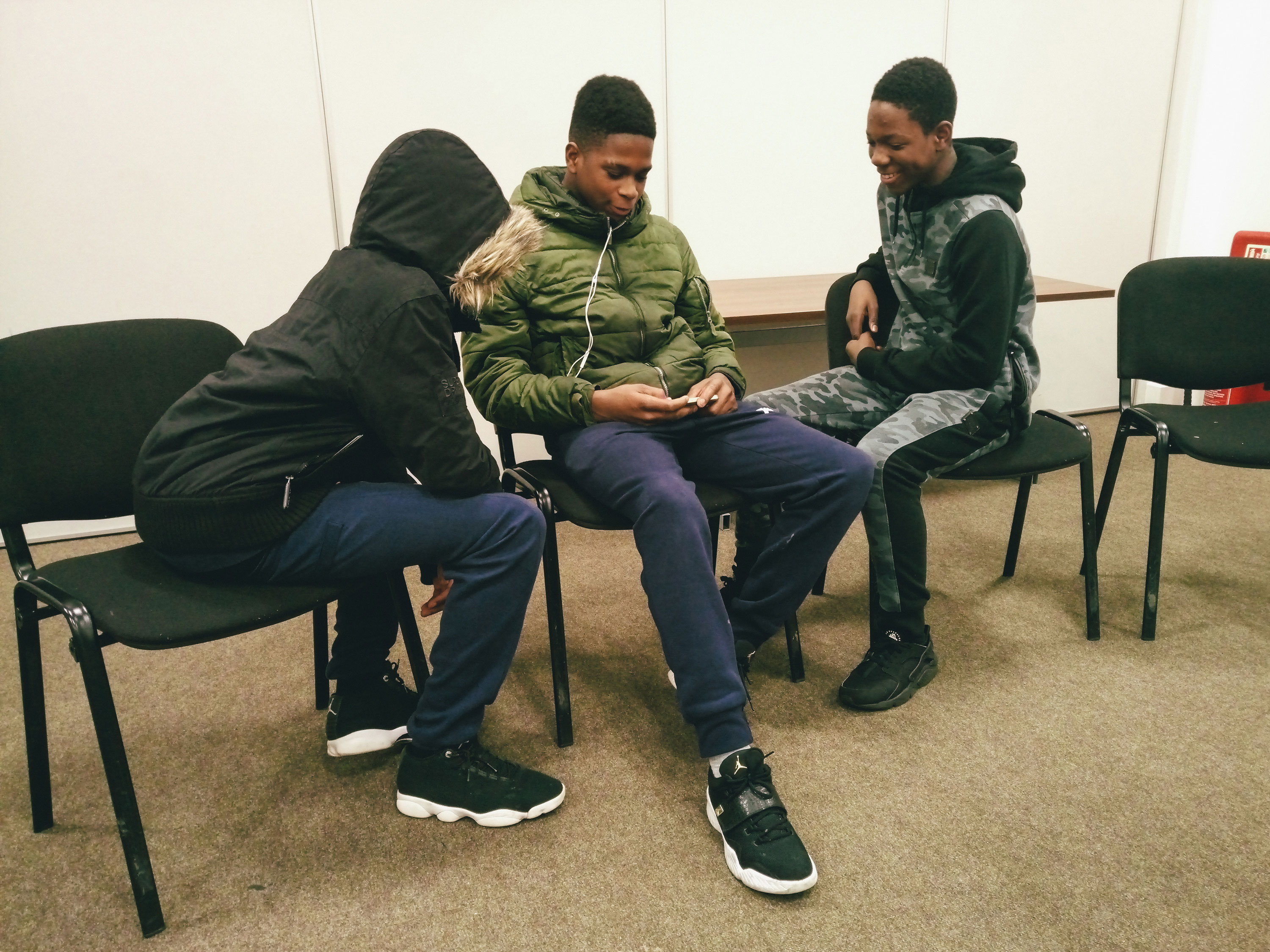 Boys playfully tease one another before the session begins and cell phones are collected to minimise distractions. 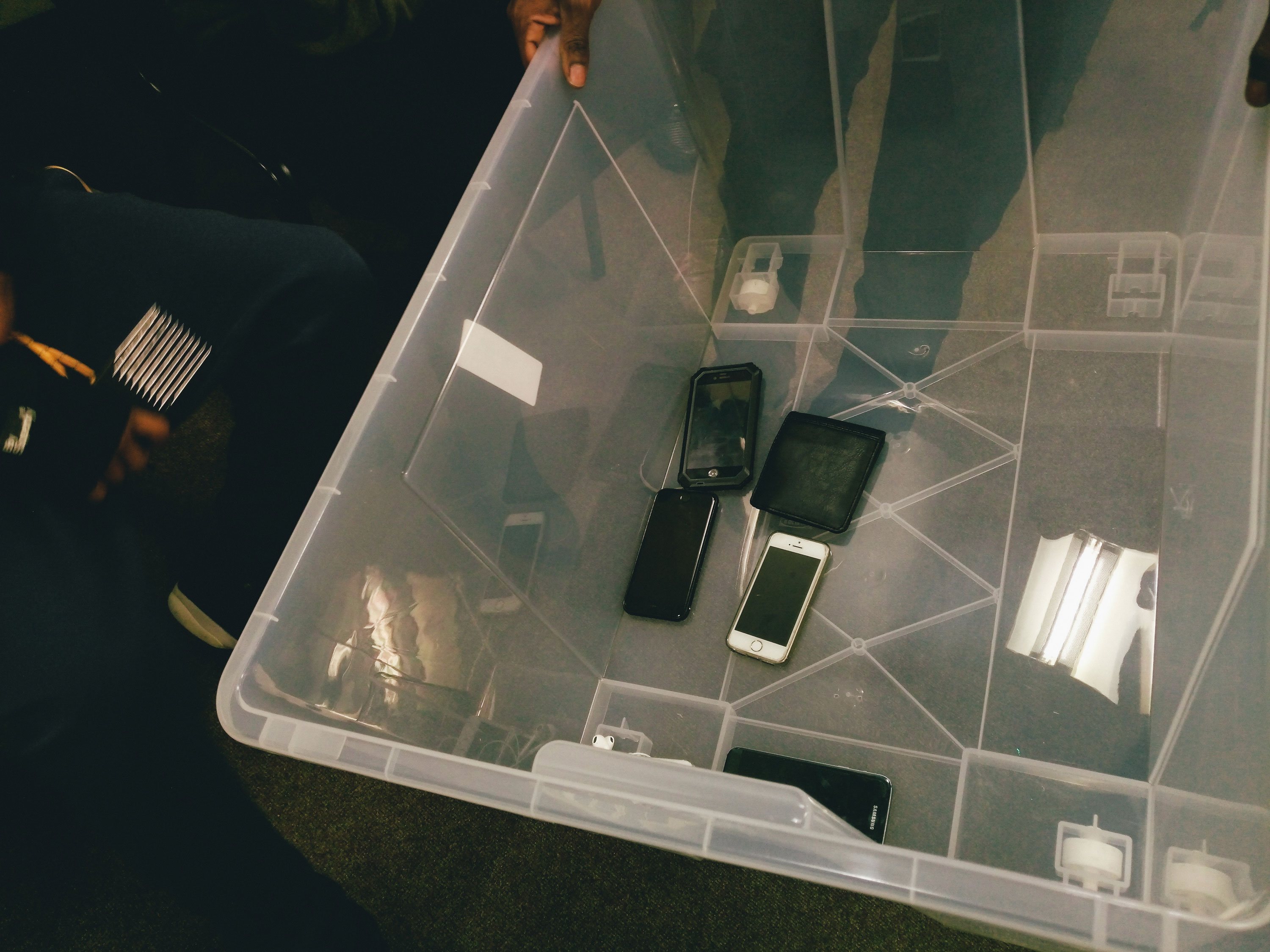 They cite as a group, “I am my brother’s keeper. I am my sister’s protector. I am my community’s provider. We are our ancestors’ reincarnation. We are Manhood Academy.”

The mentors guide a brief discussion on responsibility and what it means to be a man. They ask the participants to reflect on those they know who have lost their way and given up on life. Nearly everyone puts a foot in the circle to denote that they know someone who fits this description. 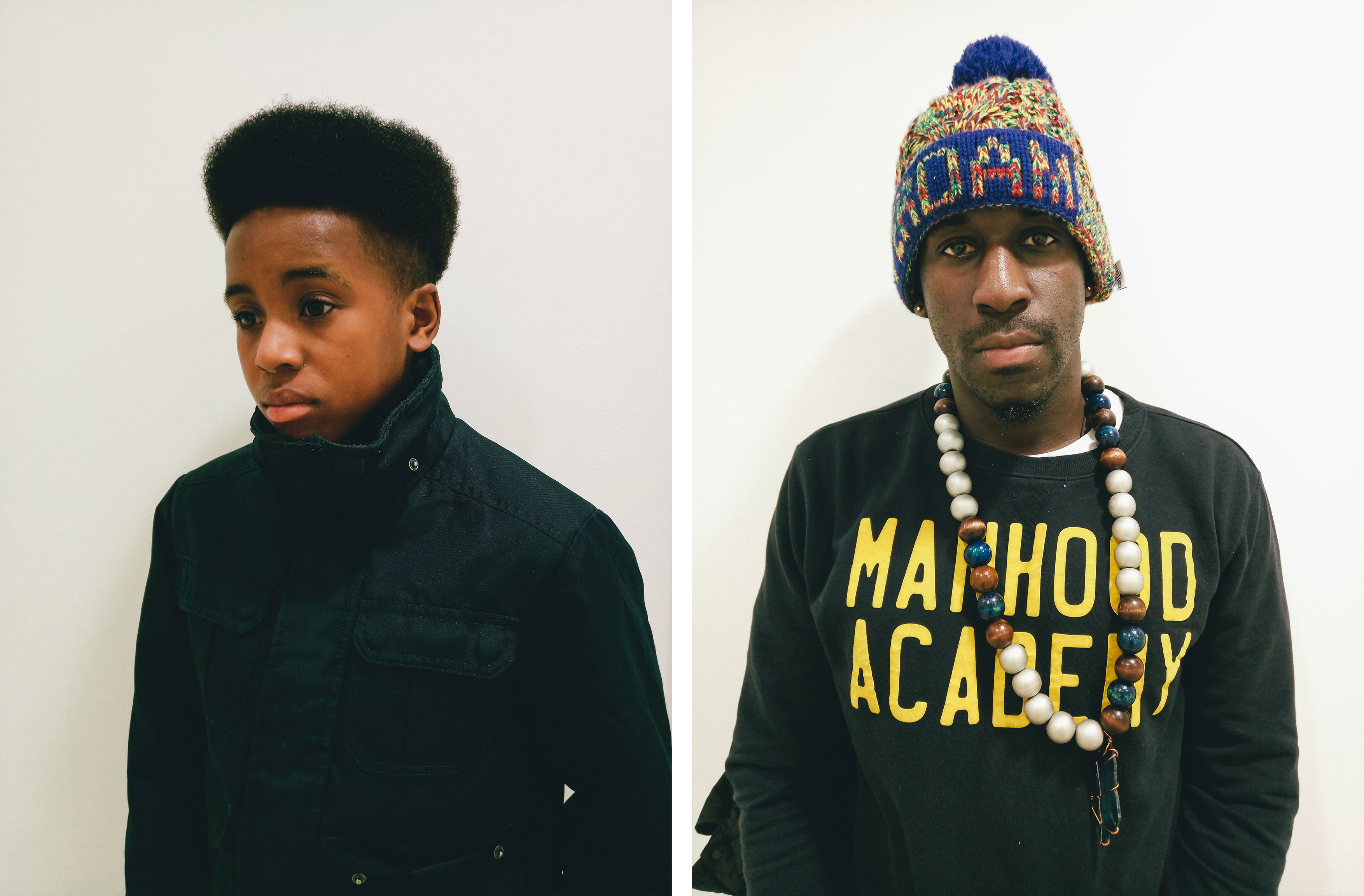 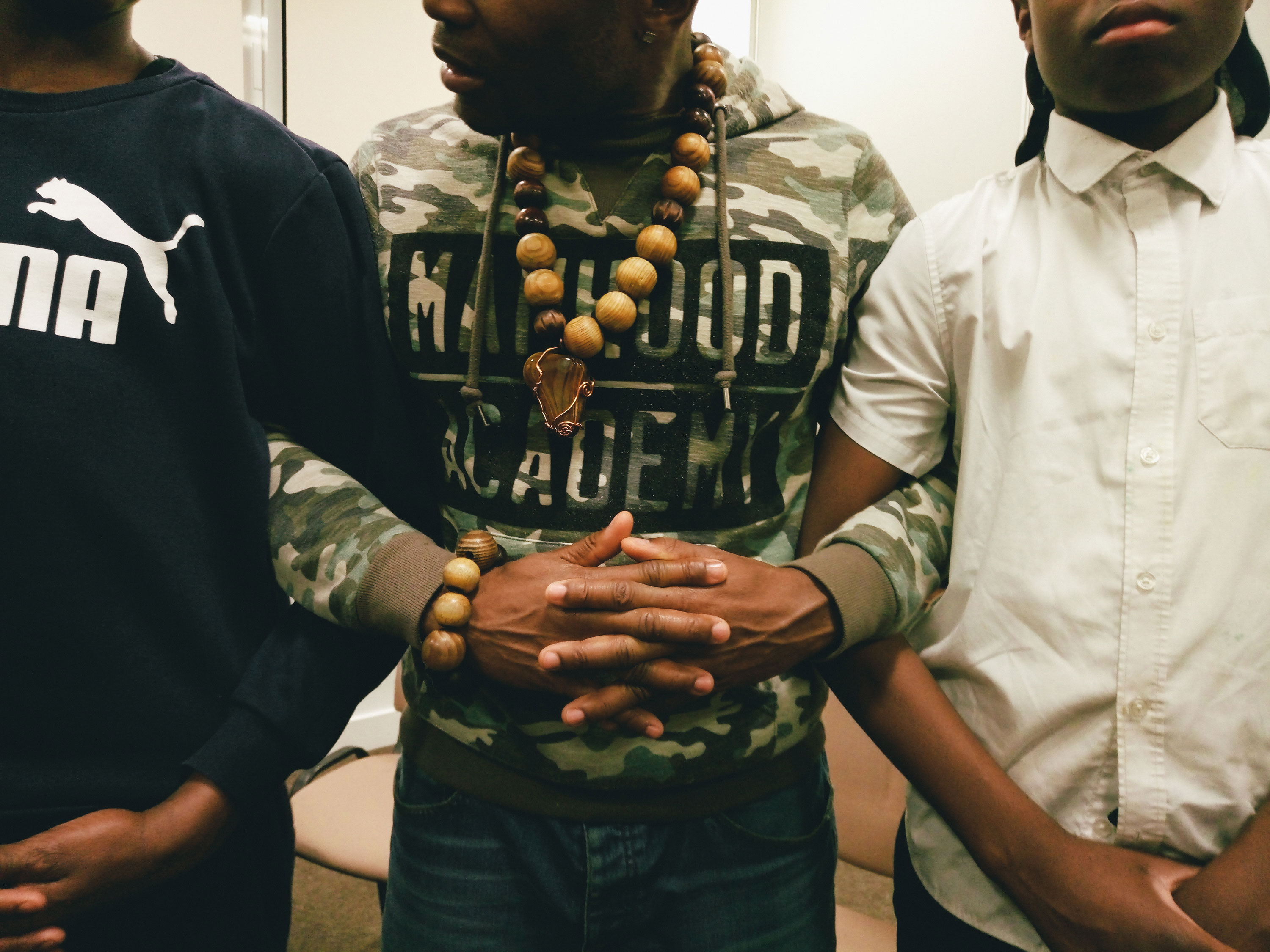 The circle breaks up and the boys take their seats for tonight’s discussion on anger and conflicts, part of the fire module. They speak about absent fathers and personal struggles, telling stories that can be difficult to share with others, so I leave the room and go speak to some of the mothers waiting down the hall.

“I love bringing my son here,” one tells me, “because when he gets out he actually wants to talk to his mother. He has so much to say.” Others agree. “I notice a change in how he acts,” another noted, “although it doesn’t necessarily last for the whole week…” she says with a smile. 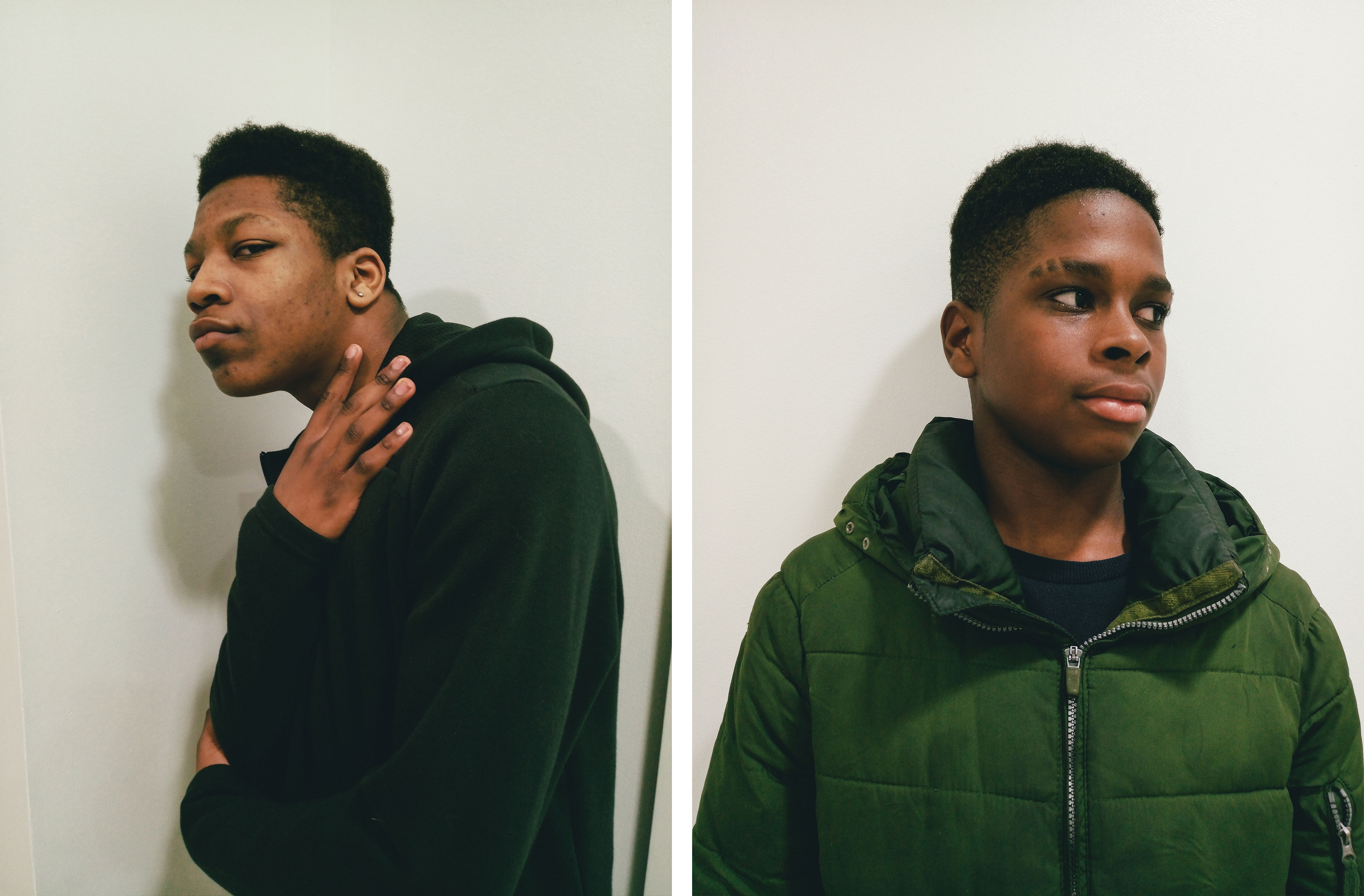 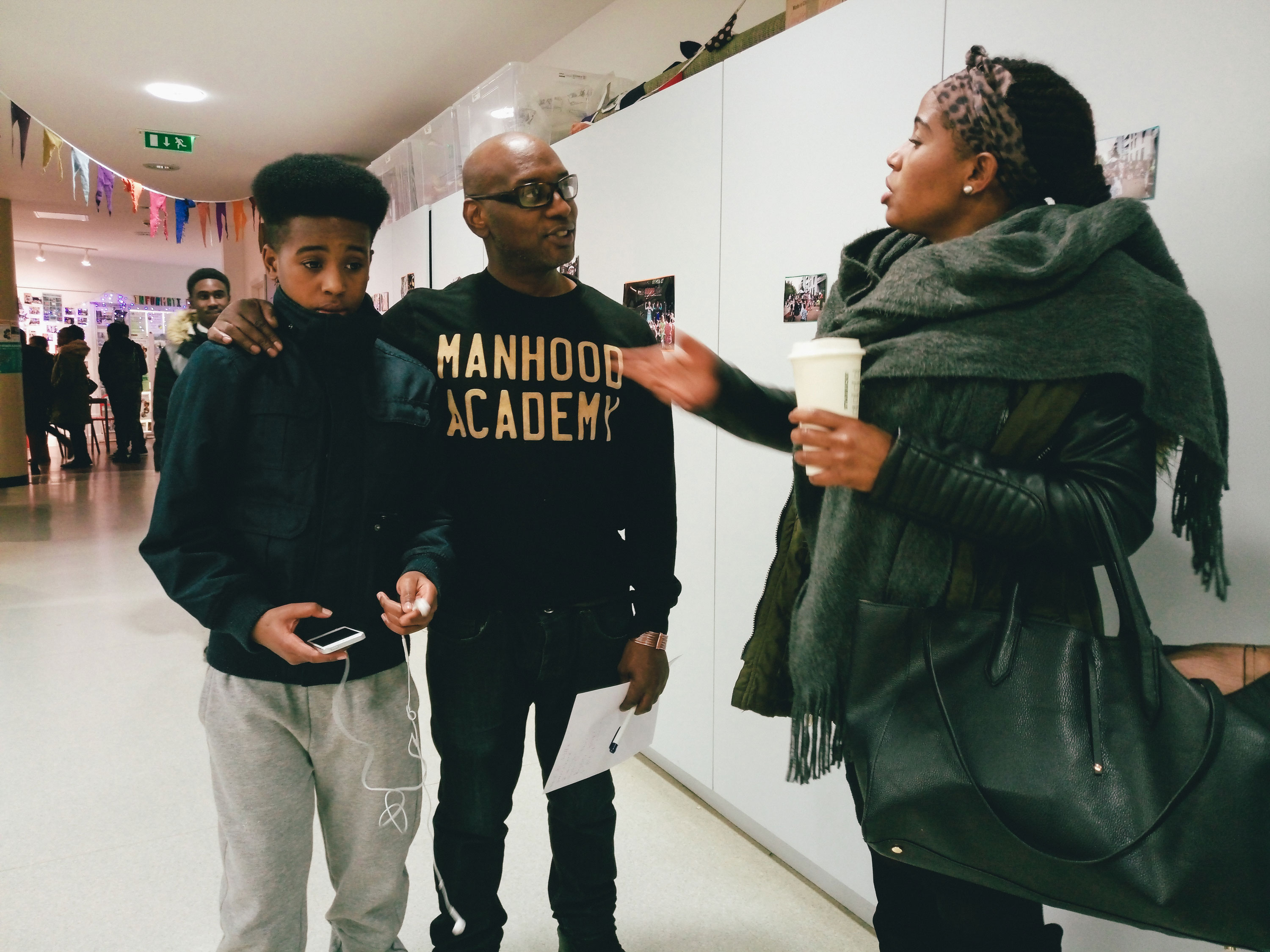 Right now, the eight co-founders are running the program on a volunteer basis on top of their day jobs, but they are already planning an expansion next year, adding groups for young women and parents.

They are currently fundraising to take teenage graduates on their own life-changing trip to the Gambia next summer, so they can experience a new environment, build confidence and self-awareness, and participate in a culminating rites-of-passage ceremony. 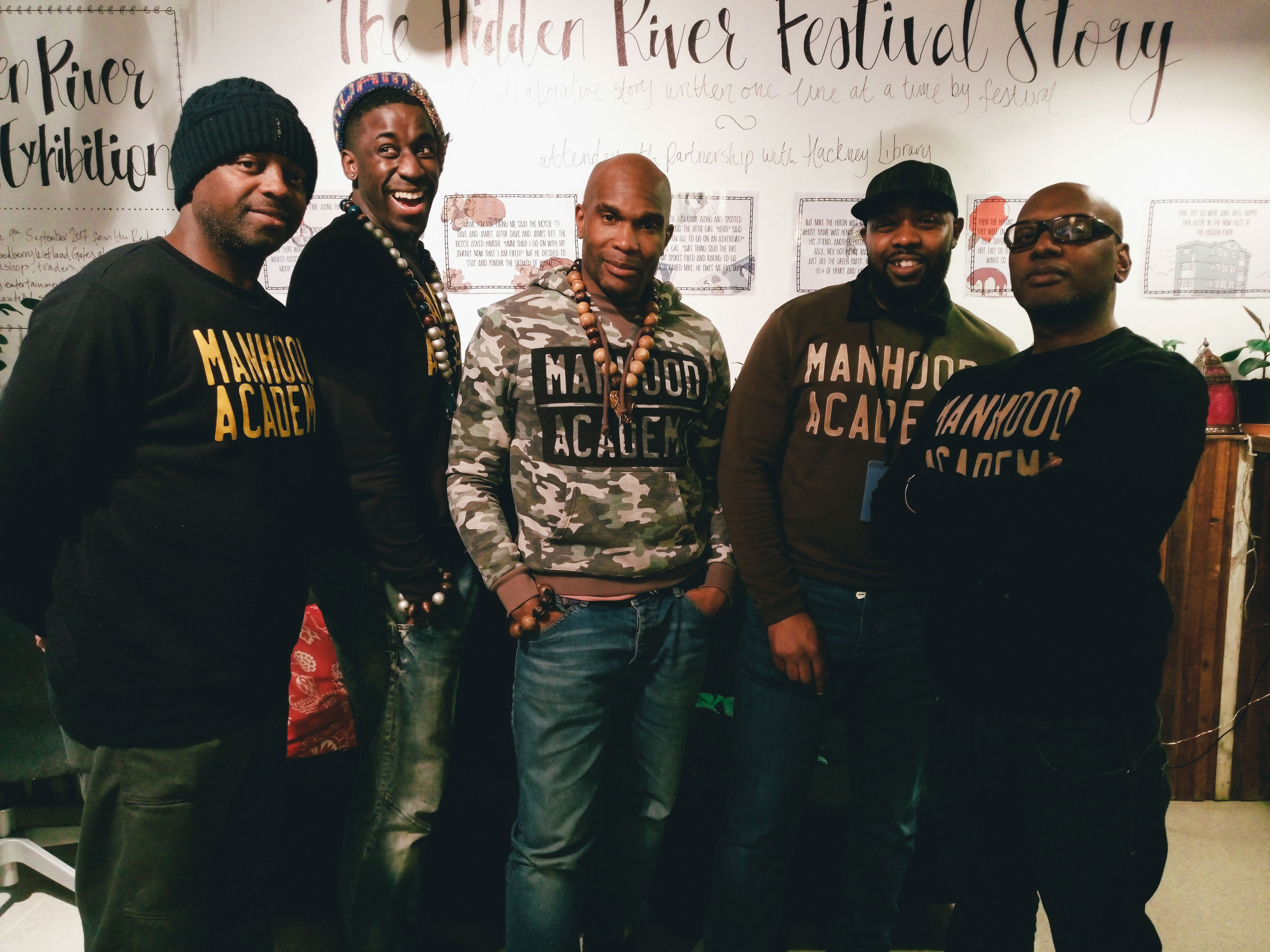 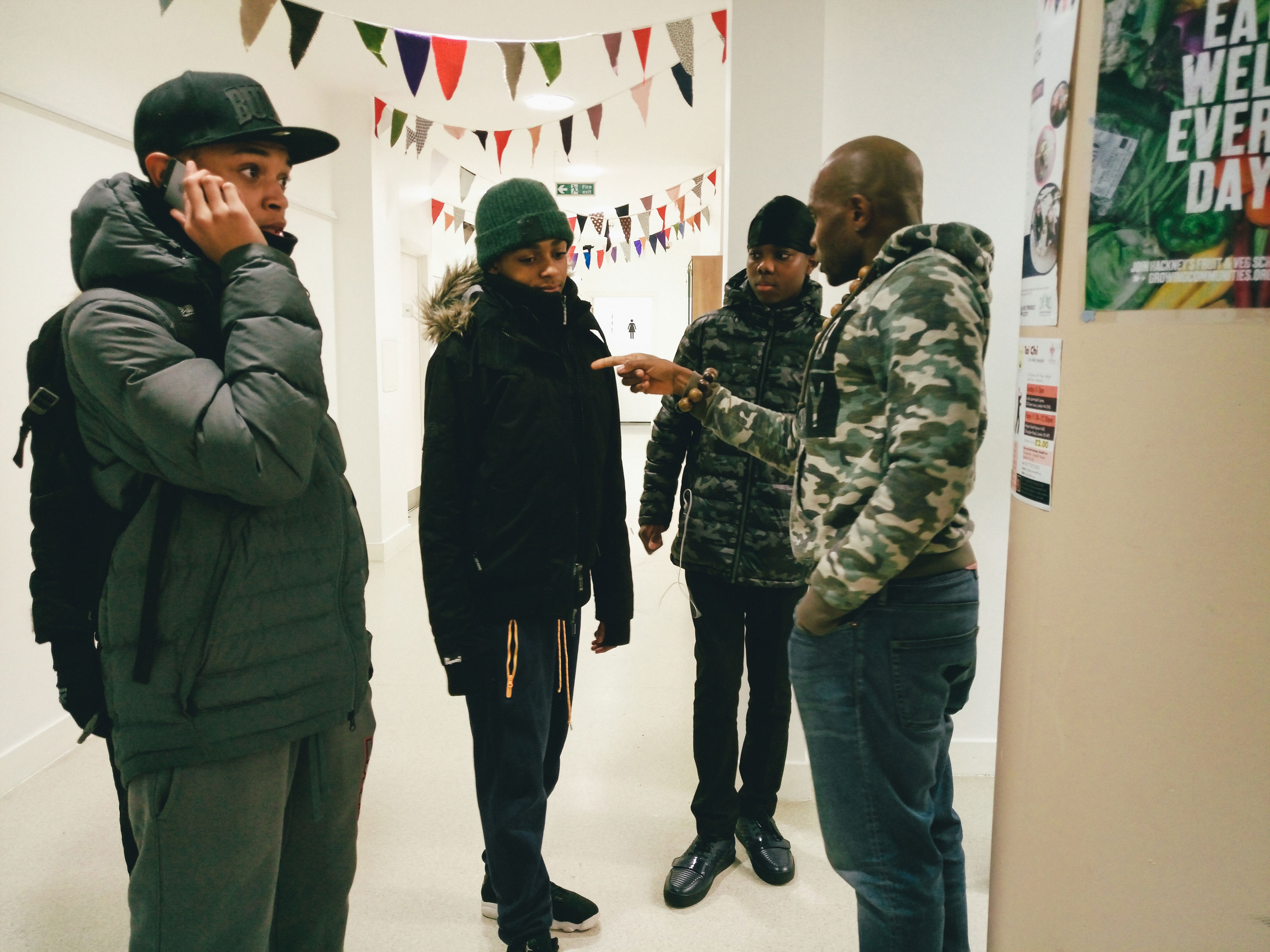 And yet, despite having achieved so much, they’re still only scratching the surface.

The academy is inundated with calls from others around the world who are interested in bringing the model to their cities, and they have ambitions to develop programs elsewhere in the UK.

“We would all love to quit our jobs and focus on building this full time,” says Sankofa. “That’s the dream.”

Linkedin
RELATED ARTICLES
OTHER ARTICLES
Sean Maung’s photos are a love letter to the Black and brown communities that make up New York.
A new project is documenting formerly incarcerated people as they transition back into civilian life.
For over a decade, gamblers have won big by employing people to place live bets from the court. But does this dubious method still work?
Following the announcement of an 80% hike in the energy price cap from 1st October, crowds gathered outside the offices of energy regulator Ofgem to protest and declare their intention to undertake a payment strike.
Rogue landlords are exploiting young and inexperienced renters and leaving them in mental and financial turmoil, reports Niall Hignett.
Birdy Chu reflects on documenting the historic moment in which the territory was formally passed back from the UK to China.