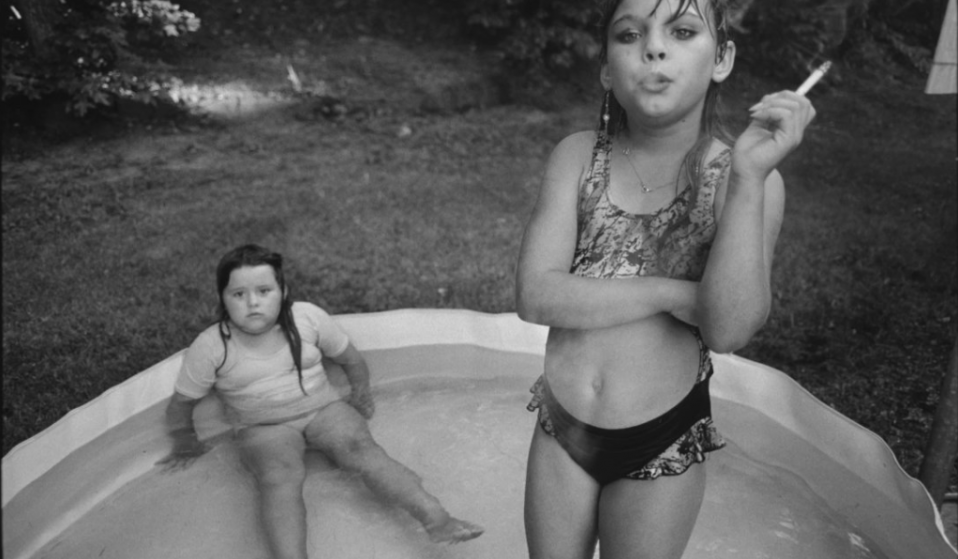 In this interview from the archives, documentary photographer Mary Ellen Mark – who passed away May 25 aged 75 – riffs on the beauty and power of photography.

In this interview from the archives, documentary photographer Mary Ellen Mark – who passed away May 25 aged 75 – riffs on the beauty and power of photography.

I remember the first time I saw a photograph by Mary Ellen Mark I was surprised by how frank it was.

At a time when so many images in popular culture seem so sanitised – aspirational or sensationalised versions of the truth – Mark’s work was such a refreshing departure. It was candid and uncompromising, and sensitive and insightful too. A young girl smoking in a paddling pool, a prostitute in a brothel in India, a couple of elderly twins in wedding dresses.

Mark was drawn to vulnerable people – the disenfranchised, outsiders, ‘freaks’ – but she documented them with respect and a sense of kinship. Her refusal to look away felt validating. These were people who deserved to be heard, seen and understood. She was never exploitative but she was unflinching in her gaze – unafraid of crossing social barriers and breaking taboos.

Mark was from the old school of documentary photography – inspired by greats such as Henri Cartier-Bresson and Irving Penn – but she had a new-school vision. Unlike those traditional, ‘objective’ photographers she had a real agenda – a desire to de-stigmatise the disadvantaged – and she carried it with pride. She was not righteous, but she was sincere.

Mark was also very important to me because she was such a strong woman. Travelling through the slums of India, alone, in the ’60s, was truly transgressive. She wore long plaits and heavy jewellery, she posed with pig heads and held a Christmas party for dogs. She was no housewife or assistant, she was in charge; fierce and obsessed with her art.

I was lucky enough to interview Mary Ellen Mark for a ‘Photo That Shaped Me’ feature last year. It was a true honour.

Tell me about your favourite photograph…
I’ve owned this photograph – Calle Cuauhtemoctzin, Mexico City, 1934 – by Henri Cartier-Bresson for a long, long time. I have a lot of his prints. He was an incredible photographer, and when I first saw this picture I just thought it had all the elements in it for me. 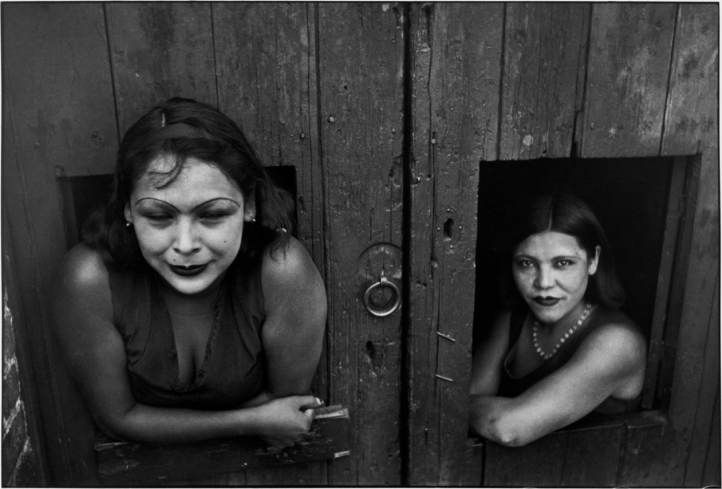 What was it about this picture that struck a chord?
It’s really hard to pinpoint what makes an image iconic, but this one is exactly that. First of all it talks to you – you immediately know that the women are prostitutes, you just know it. It’s in their attitudes. There is a sense of scale between the women – one leaning out towards the camera, one leaning back, both looking out of these little portals. The attitude is so seductive.

When did you first see it?
I actually don’t remember the first time I saw the photo, but it’s from my favourite period of Bresson’s photographs, which is his surrealist period. I’m not sure if it’s in The Decisive Moment or The Europeans, but I got both those books when I graduated the University of Pennsylvania in 1964 and they were such a revelation to me. Bresson had such an incredible eye but his pictures were so human at the same time. Often street photography is very graphic, and not very emotional, but his was both. He went for the decisive moment and he was completely able to sum up an entire situation in one photograph. He really was the ultimate, great street photographer in the sense that he was a visionary – he saw things before they happened. He probably made more iconic images in his lifetime than anybody else ever.

Did this photo influence your decision to shoot prostitutes in India?
I’m not sure whether seeing this photo encouraged me to shoot my work on prostitutes – when I went to India in the late ‘60s and saw Falkland Road I just knew I wanted to photograph there. But I think more than anything this picture inspired me to try and reach a level. I mean no one can be at his level, he really is the master of the universe, but he inspired me to know what great work is. When you’re starting out as a photographer I think it’s important to look at what’s come before you, work that’s really great, and analyse it, and get a sense of what makes it important.

Falkland Road was different. First of all, I shot in colour. And also, you don’t want to copy anyone – you want to be inspired, but not influenced. Of course he is so inspiring still. Especially because things have changed so much in the world of photography. He’s the ultimate realist in the sense that he went for the real decisive moment. And now things are all so altered that a lot of that sense of reality is forgotten. Things have changed. It’s digital technology that does a lot of the work, so things become so altered. Whereas when I started out it was all about capturing that moment, and it still is for me, it definitely still is for me. I mean I still shoot analogue.

How difficult was it to embed yourself in that community?
I think it was easier for me shooting prostitutes as a woman. With some of those interior shots I was actually inside with them. I’m not sure it would be as easy now for a man or a woman. Just because that was before Facebook and social media and the internet and all of that stuff and people realised it’s a very small world for that. I mean those things don’t affect the way I shoot, I just try and take pictures but they definitely affect access today. No matter what you’re doing people are always asking, ‘Where am I going to see this? Facebook, YouTube?’’ People are very curious about where it’s going to be seen. More curious than when there were just magazines.

What are your favourite images from your own work?
I would never dream that I could ever have an image that would even come close to what he did. But of course there are images of mine that I like more than others. But I would never want to compare myself to him, he’s uncomparable because he’s so great. If you wanted to take an image from the prostitutes series, you could take the one of the girl looking out of the funny alphabet curtain. Or the young girl that I’m looking down on. They’re very different images. I think they capture a moment and I think I was able to translate really well that moment that I saw, and translate it with a machine called a camera – it was probably a Leica. I think it summed up the innocence and also the boldness, and the experience that I had with these women. They were very young. One is much more of a caught image, the girl peering out of the baby curtain, and the other is much more of a portrait. But the whole idea of trying to get the essence of the place.

What are you working on now?
I’m now working on a project with my husband, he’s a filmmaker. In the ‘80s he did a film called Street Wise, about kids in Seattle. But one of those kids we’ve been following for thirty years, she’s a young prostitute. We just did a Kickstarter and made some money and we’ve done two trips to Seattle to film her. She’s got ten children now. For thirty years we’ve gone back several times. Aperture is going to publish a book of some of the old photographs with the newer ones shot over the years. Tiny is her name.

How would you like to be remembered?
I just hope that my work leaves a message of the power of reality. How it’s tough being born poor and how, in a sense, often your chances of escaping the reality of that poverty and situation are very difficult. That’s what I always thought photography was about. Touching a moment. Capturing a moment in time.

Linkedin
RELATED ARTICLES
OTHER ARTICLES
Photographer of the demonised Dennis McGrath releases new book Heaven about skateboarder Lenny Kirk.
Kr3w have released a video with seminal grunge photographer Charles Peterson to celebrate their new collaborative collection.
Photography greats like Bruce Davidson and Weegee curated into an exhibition about teenagers at The Photographers' Gallery in London.