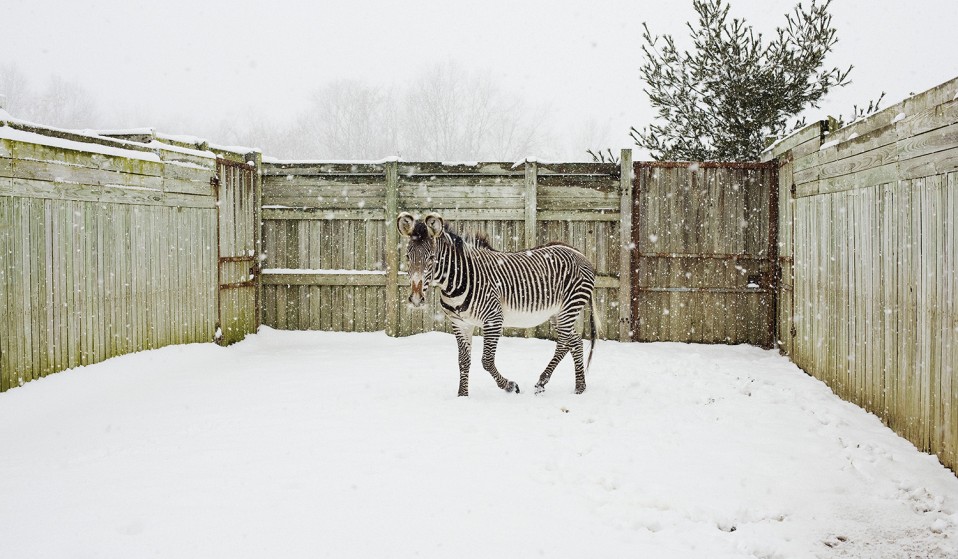 Matt Eich unpacks the complex heart of his homeland to imagine what his children's future will look like.

Photographer Matt Eich unpacks the complex heart of his homeland to envision what his children's future will look like.

Since I was a kid, photography has been my way of making sense of a complicated and chaotic world. I’ve collected fragments of my life, sifted through them for patterns and tried to understand the result.

I’ve always believed form is beautiful because, just like American photographer Robert Adams said, “It helps us confront our worst fear, the suspicion that life may be chaos and that therefore our suffering is without meaning.” 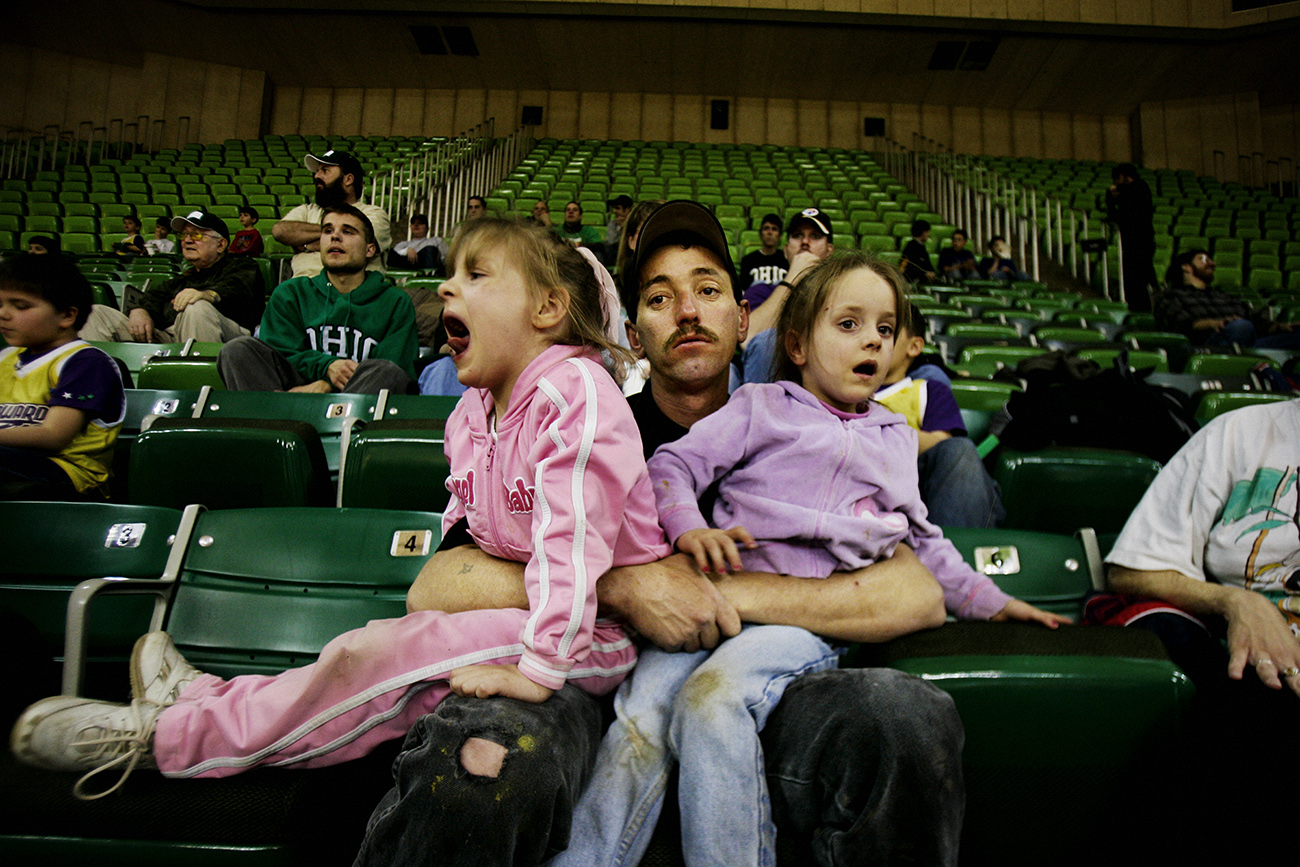 Photography has grown more complicated over time. After playing in bands in high school, I decided to study photojournalism in college because I wanted to make images that had a ‘purpose’, whatever that means.

During this time in college I started working on long-form, community-based projects, fell in love with a girl and became a father at the age of 21.

Shortly after my daughter’s birth, I did a stretch of international work and ended up feeling like I was parachuting into other countries without understanding what was going on – shooting whatever fit the expectations of the editors back at home. 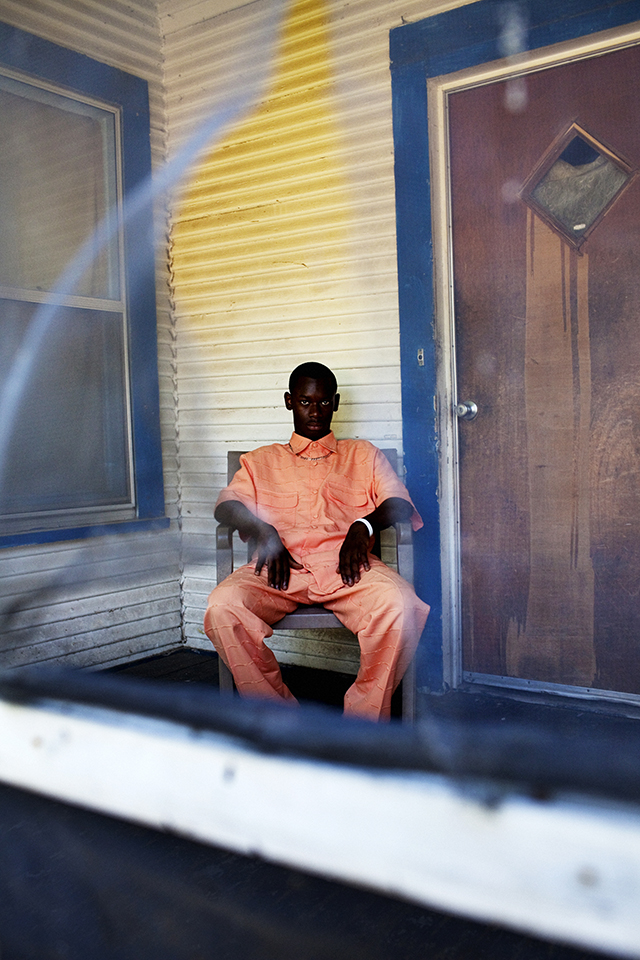 This frustrated me on two levels; firstly that I was making work that felt shallow, and secondly that I was away from my wife and daughter when I wanted to be an active part of their lives.

It was around this time that I decided to work within my limitations and began trying to unpack some of the complicated issues that have been slow-burning in America for decades now – things that are part of our collective memory including the stereotypes that we project on certain places or people.

My generation is disillusioned. As the façade begins to crumble, I want to know what the America of my children will look like. 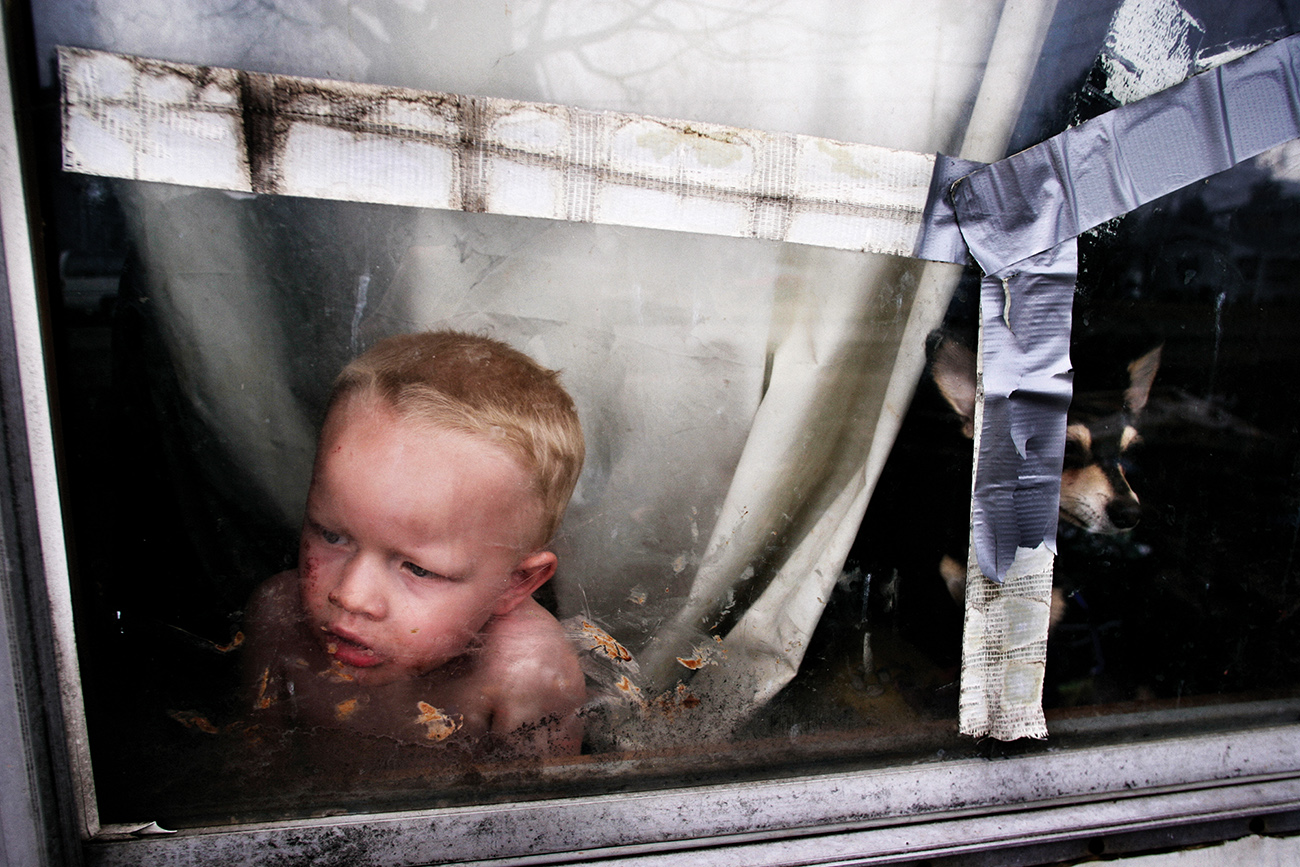 For years I have focused on microcosms of the American experience that continue to deal with problematic parts of our history, such as the legacy of industry in Ohio, segregation and racism in Mississippi, and the military industrial complex in Virginia.

In each of these places, it is my intent to get below the surface through a combination of blind wandering and focused attention. I meet people and try to engage them in open conversations and build relationships that I can return to for years.

Trust and intimacy are crucial for me. With this comes a sense of responsibility for how people are portrayed, and where the work is seen.

I try to be aware of how vulnerable I ask people to become, and am willing to reciprocate that vulnerability myself when the situation dictates.

So many people have let me into their homes and their lives with such grace and openness. One of my favourite photographers, Eugene Richards, sets the bar with his ability to depict intimacy across the board, whether he’s making images of an addict or of a family member.

My desire is to be able to photograph strangers with the same level of intimacy as my own family. I switch between different modes of working if it is a personal project or a commission, but generally, I like to minimise my presence in order to become a conduit between the person in front of the lens and the viewer on the other end. 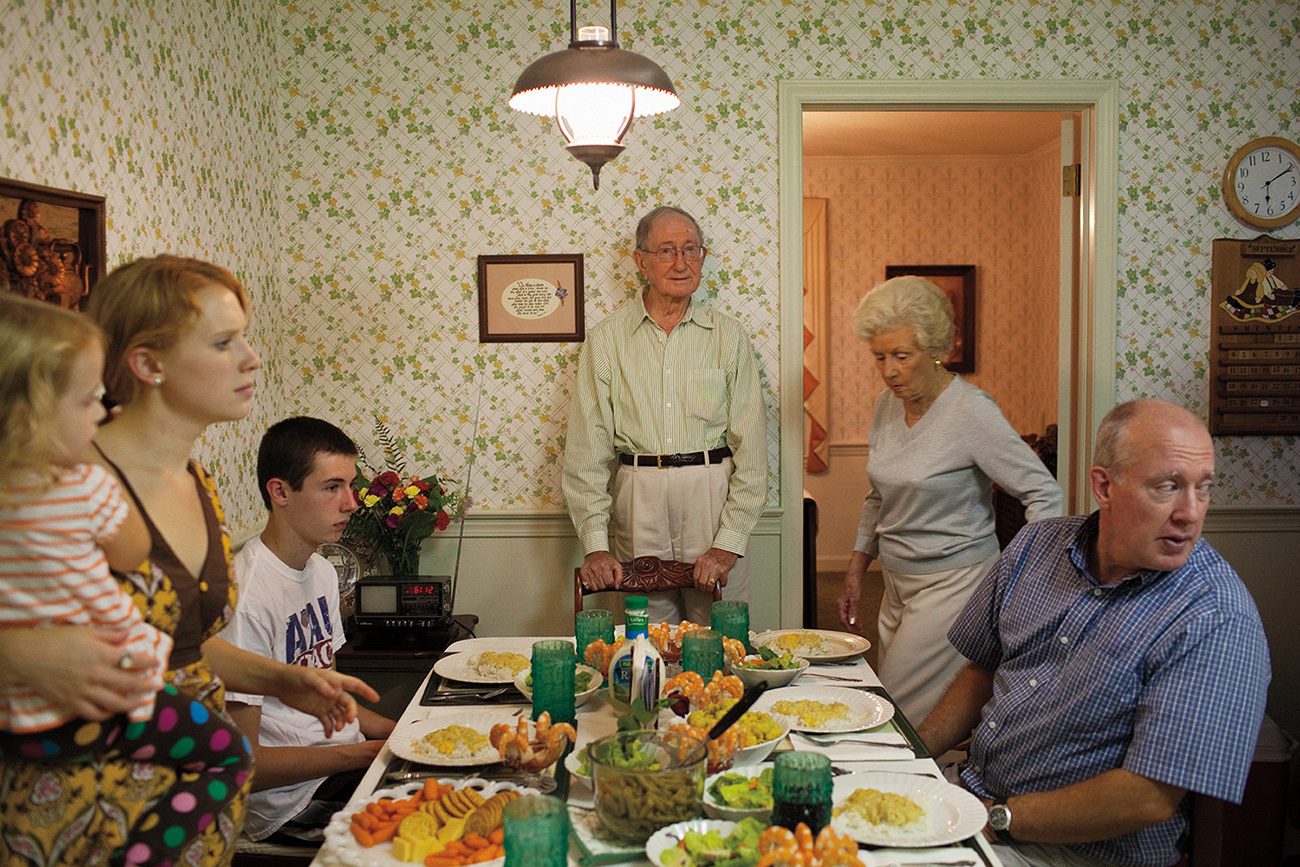 Sometimes I begin to lose my perspective with a project, because I get too close. Working with editors who have an emotional detachment and a fresh set of eyes is important.

Each time I get into the car and set out to make photographs, I don’t know what I’m going to find, but I hope there is a moment of self-discovery at the end of the road.

It rarely occurs, and when it does, it quickly becomes obfuscated by the swirling mass of images, information and the complications of life. 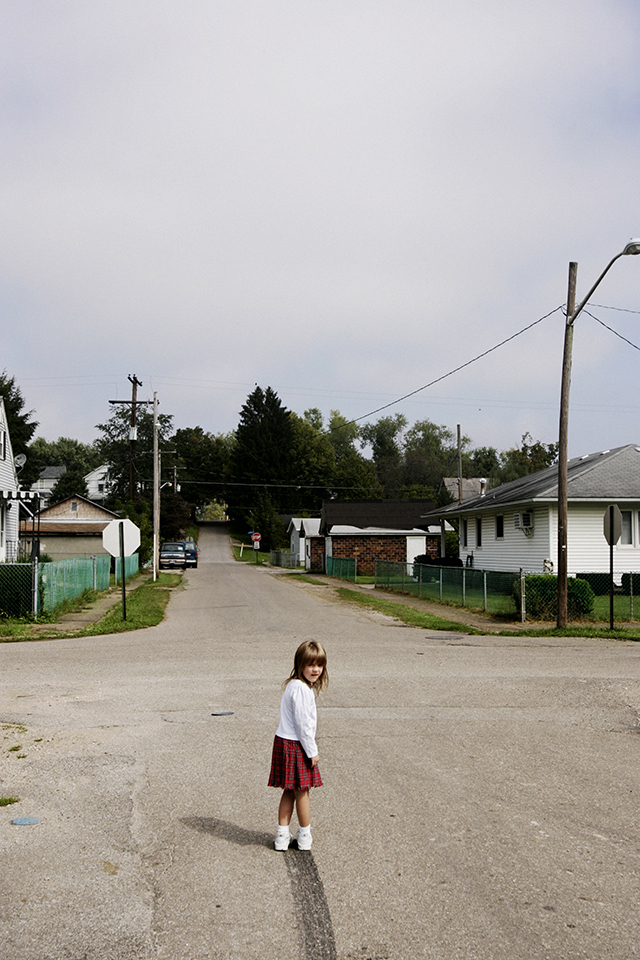 Every day I wrestle with how to best communicate using the medium of photography, which is in a never-ending state of flux.

I worry at times that I will lose myself through photography, not find myself.

The photographs I seek to make cannot be pre-visualised; they must be sought out, stumbled upon, and allowed to take the shape that most poetically describes our condition.

Check out the online portfolio of photographer Matt Eich. Enjoyed this article?

Linkedin
RELATED ARTICLES
OTHER ARTICLES
Theo McInnes’s photos of the annual event provide an intriguing snapshot of contemporary Britain.
Activists and campaigners are fighting back against new laws that would seriously undermine the ability to take industrial action, calling it an attack on fundamental workers' rights.
Tristan O’Neill’s shots of dancers caught in moments of reverie at the height of rave’s golden age are a testament to the UK’s legendary club culture.
Filmmaker Laura Poitras discusses her new documentary which traces the remarkable life of the artist-activist and the impact of her battle against the US opioid crisis.
At his West Bank restaurant, Fadi Kattan established himself as the voice of modern Palestinian cuisine. Now, he’s bringing his innovative, bold flavours to the UK’s capital.
Since 2007, Gideon Mendel has made 20 trips to document floods in 13 countries. The result is an alarming record of what has already been lost to the climate emergency.