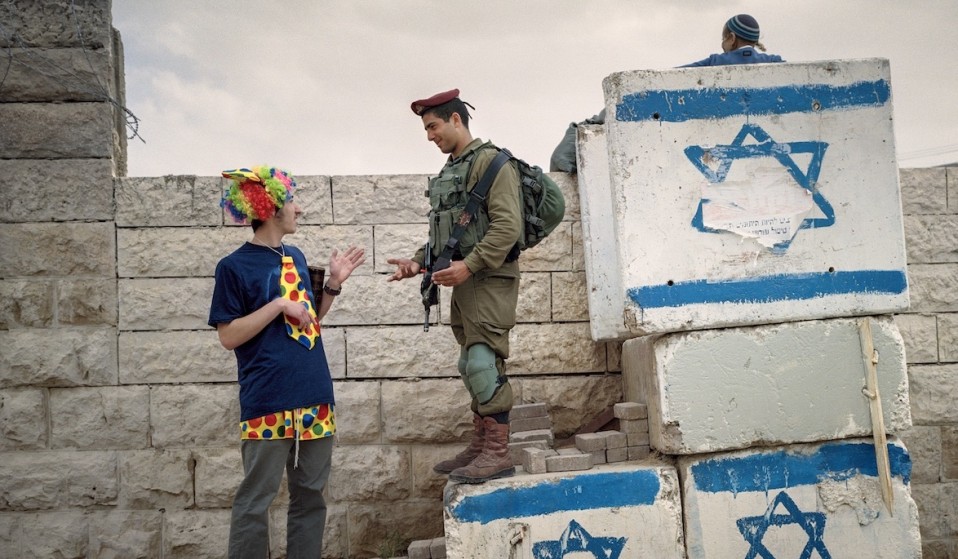 As part of an ongoing project, Swiss photographer Meinrad Schade spent a total of seven months between 2013 and 2017 photographing the border between Israel and Palestine, focusing on everyday existence behind the headlines.

As part of an ongoing project, Swiss photographer Meinrad Schade spent a total of seven months between 2013 and 2017 photographing the border between Israel and Palestine, focusing on everyday existence behind the headlines.

Started in 2003, War Without War is an ongoing project by Swiss photographer Meinrad Schade exploring war behind the front lines. So far, the project has taken him to places such as Nagorno Karabakh, Chechnya and Ukraine, where the traces of war still pervade daily life. Unresolved is just one of many chapters of the larger project, and focuses on Israel/Palestine – but through “new eyes”.

“In contrast to classical war photography, I am concerned with sites that are at various distances from war, both temporally and geographically,” says Schade. “Rather than focusing on the actual events of war, I am interested in how a conflict becomes visible in everyday life.”

“It’s about before, after and besides the war,” he adds. “What’s interesting here, is that every two to three years there’s an eruption, like the Gaza war, so it’s always either ‘before’ or ‘after’. You can say these pictures are after the 2014 war, but they are also before the next war starts.” 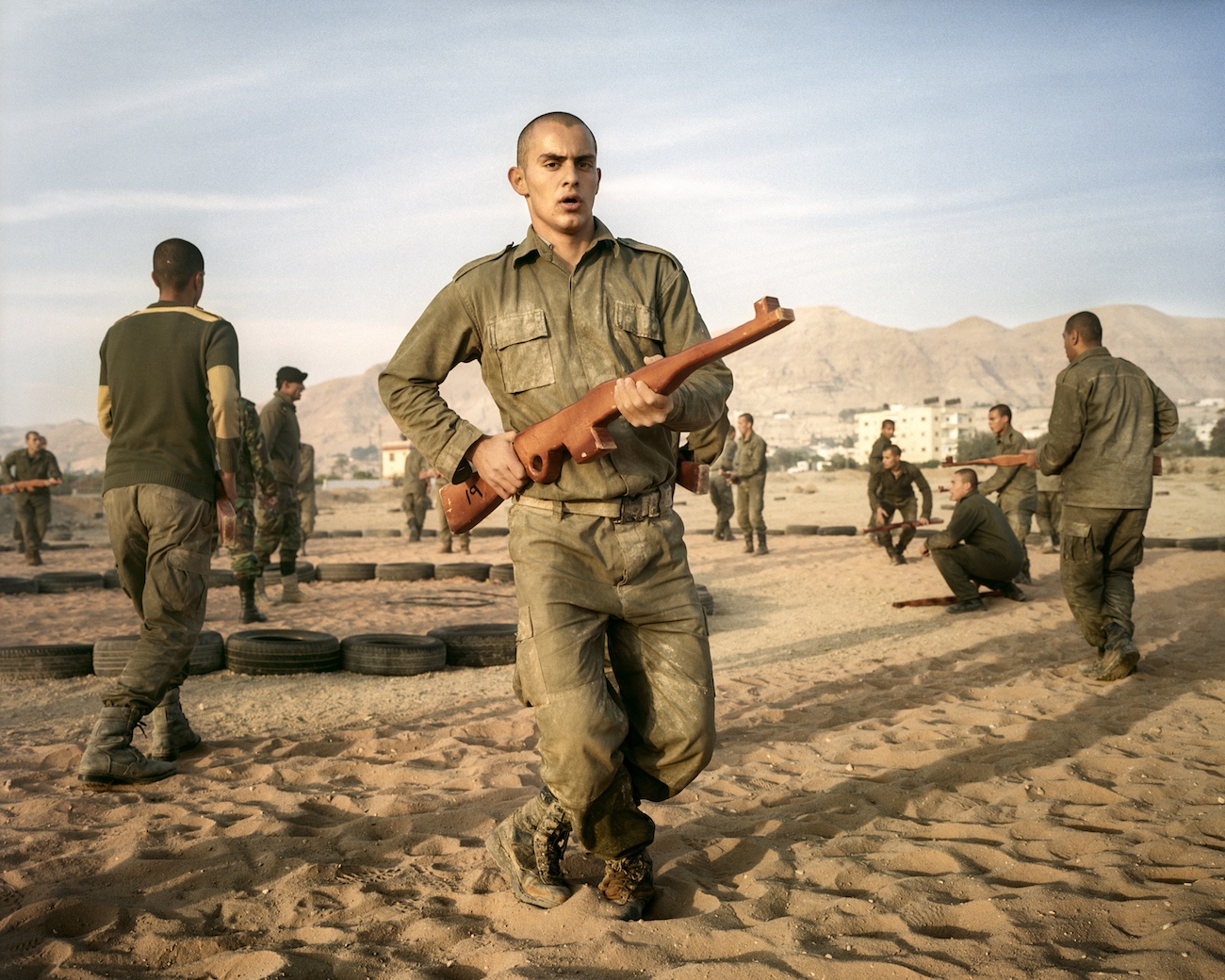 January 21, 2014. Jericho, West Bank. Students at Al-Istiqlal (‘independent’) University during early morning drills. They are training for various jobs in the security field and preparing for an independent state. The graduates are employed by the Palestinian National Authority.

When asked what it is about the sidelines that interests him, Schade says: “I think it’s a problem of journalism sometimes where people think they have to be there because there’s something happening, while we often don’t know what’s happening in the background.”

In one photo we see a mass of black military boots at an abandoned army base; in another, two coffins of suicide bombers sit side by side in a funeral ceremony held 12 years after they detonated themselves; another image shows a man sitting on the remains of war-torn buildings in Gaza harbour on a warm evening. 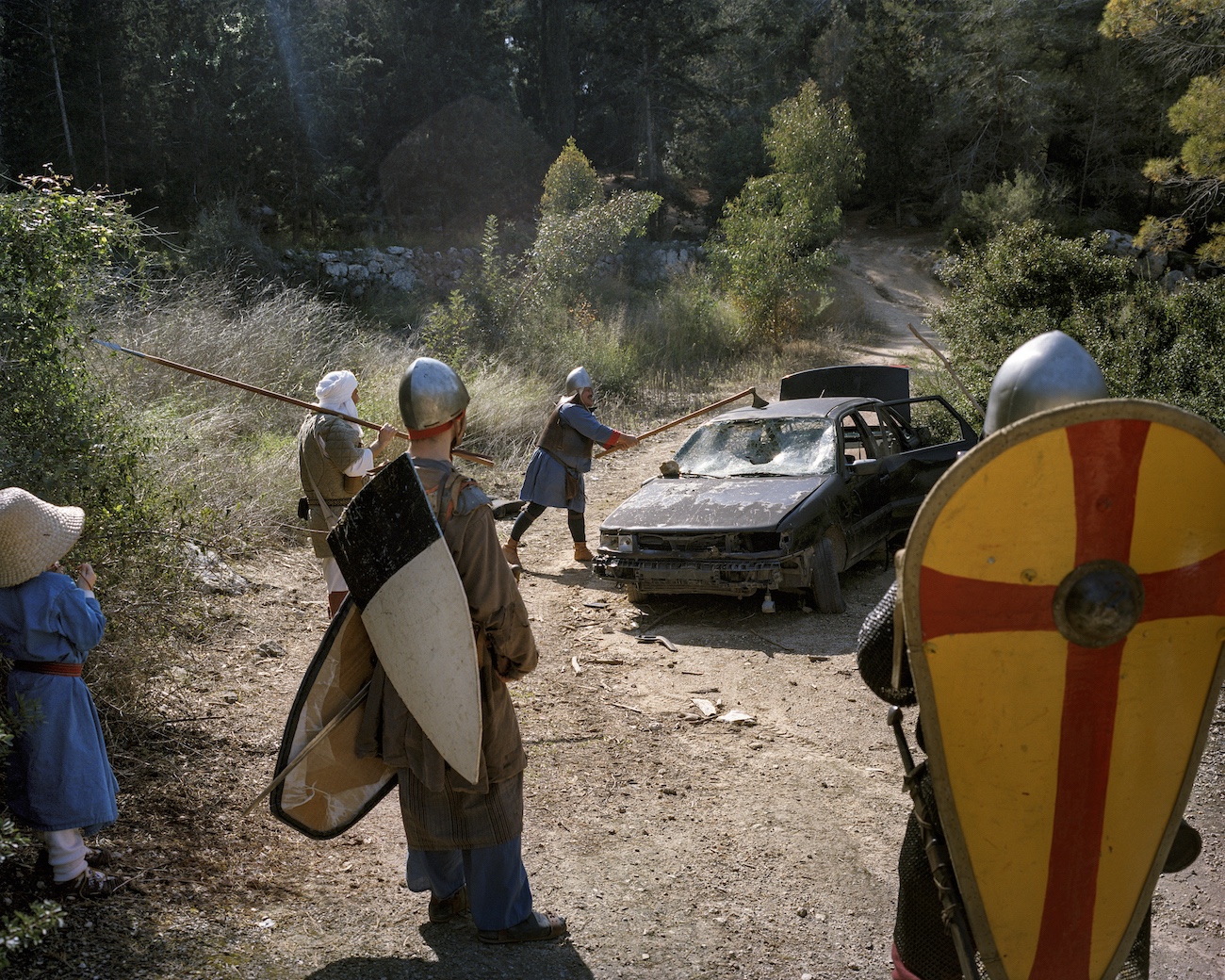 February 24, 2017. Peru Forest near Latrun, Israel. As a little joke, an Israeli reenactment group departs from the historical protocol and slams away at a car wreck. The historical era they are devoted to is that of the crusades. At the Council of Clermont on November 27, 1095, Pope Urban II invoked the Christians to crusade in the Holy Land. They should drive away the Muslims living there and seize the holy sites in Jerusalem for the Christians.

“The most challenging part was to find new pictures,” says Schade. “It’s one of most photographed conflicts in the world, so to find and figure out what kind of pictures to take was hard.”

For the photographer, it was also important to show both sides. “There was always this change because I was based in Bethlehem in Palestine, very close to Jerusalem,” he says, “and then one day I went to Israel, for example, to shoot army training tests. Afterwards, I returned to Palestine and read in the news that a Palestinian was shot during demonstrations. And so there was always this switch between the two realities, which was a difficult adjustment.” 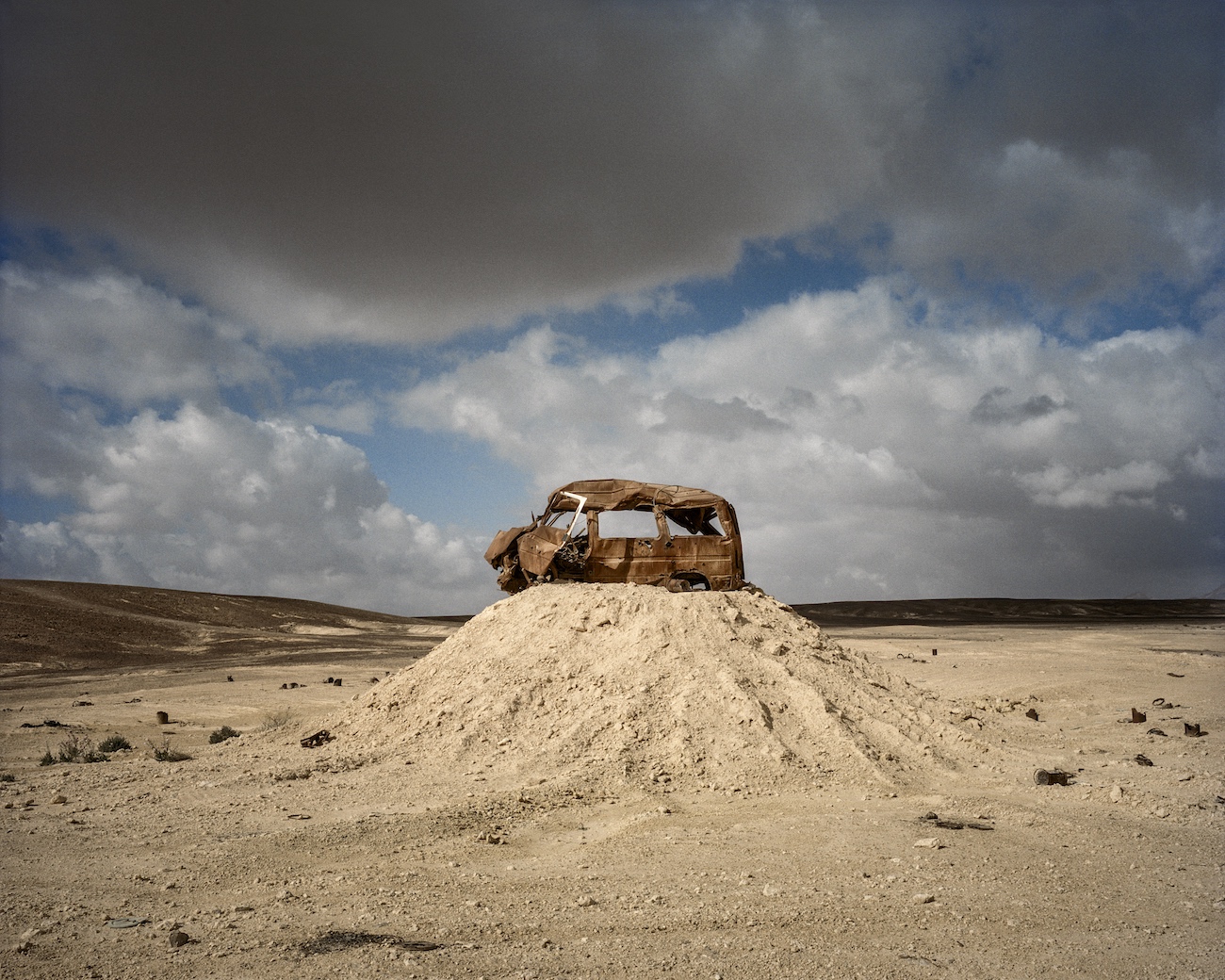 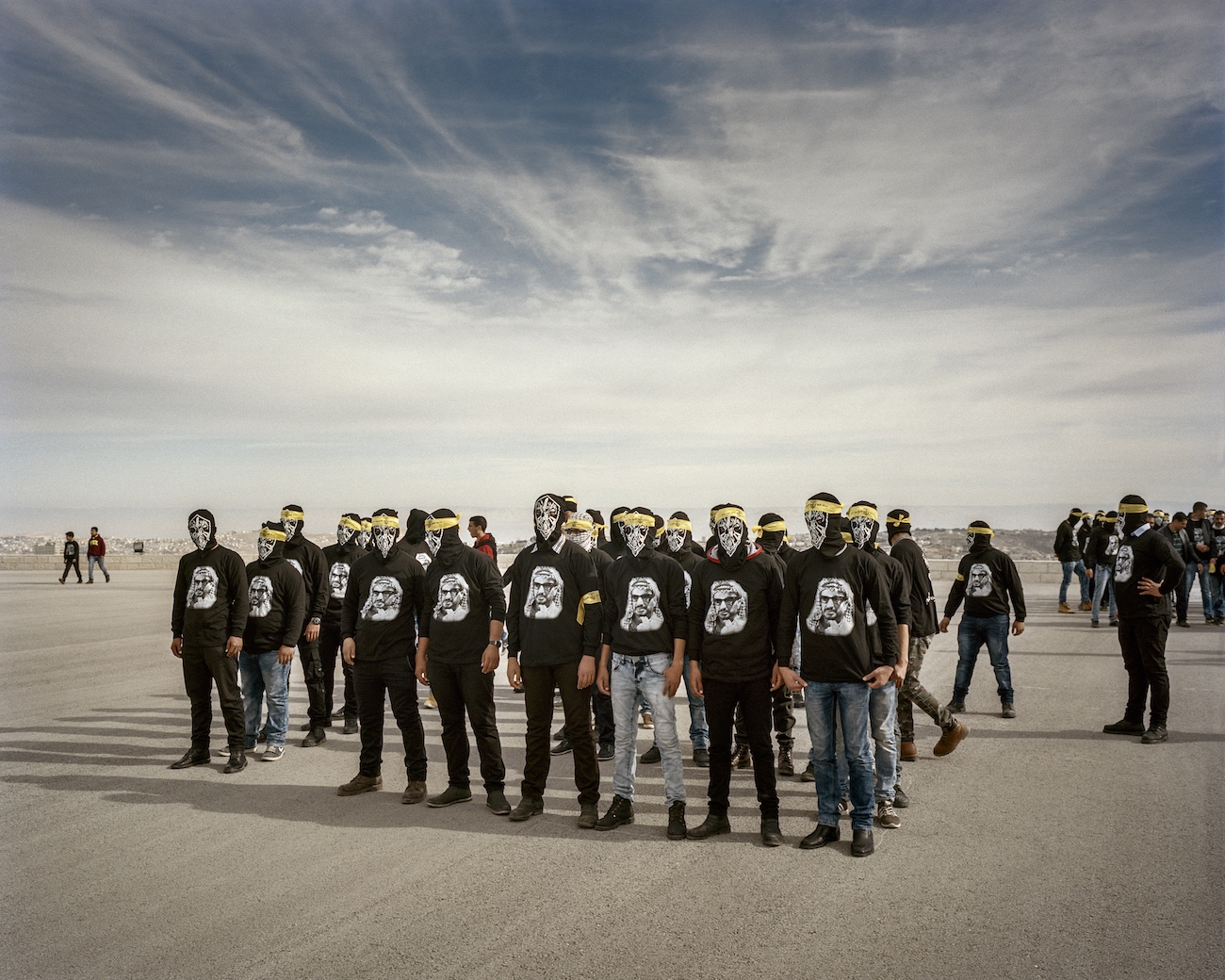 January 7, 2016. Bethlehem, West Bank. Young men move into formation for a march through the city for the 51st anniversary of the Fatah. Yasser Arafat, among others, founded the Fatah in 1959 as a guerilla organisation. It was officially recognised in 1964 with the enacting of a policy statement, which included the stated goals of ‘complete liberation of Palestine,’ and the ‘founding of an independent, democratic state with Jerusalem as capital.’ In 1965 the Fatah began with military operations against Israel, which is why the founding is dated as January 1st of that year. 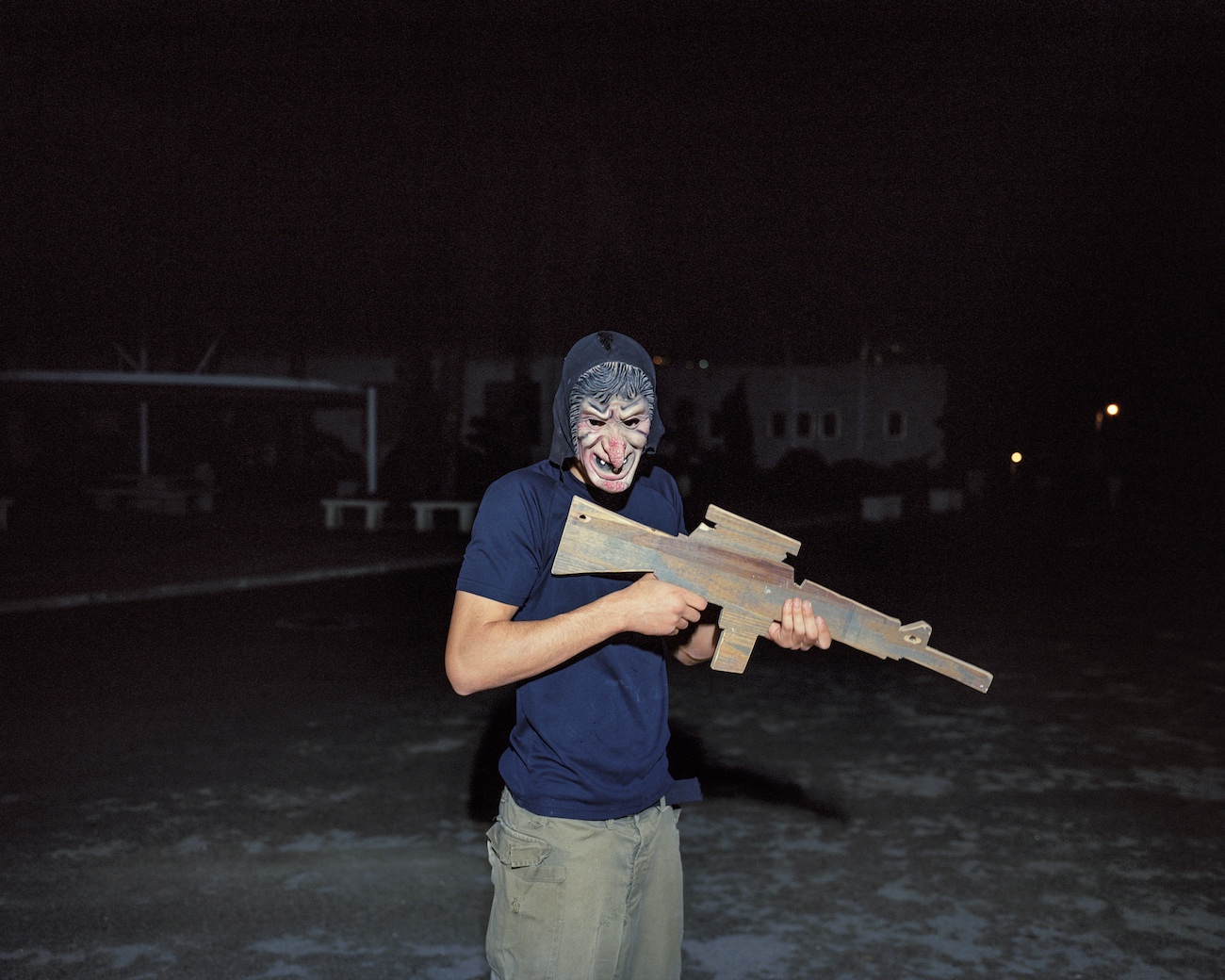 December 17, 2015. Near Kfar Tabor, Israel. Many young Israelis strive to serve their military duty in an elite unit of the Israel Defence Forces, at all costs. They participate in private preparatory courses to train for the rigorous qualifying exam. At Kadoori Agricultural High School, students practice combat readiness and the capture of a building. 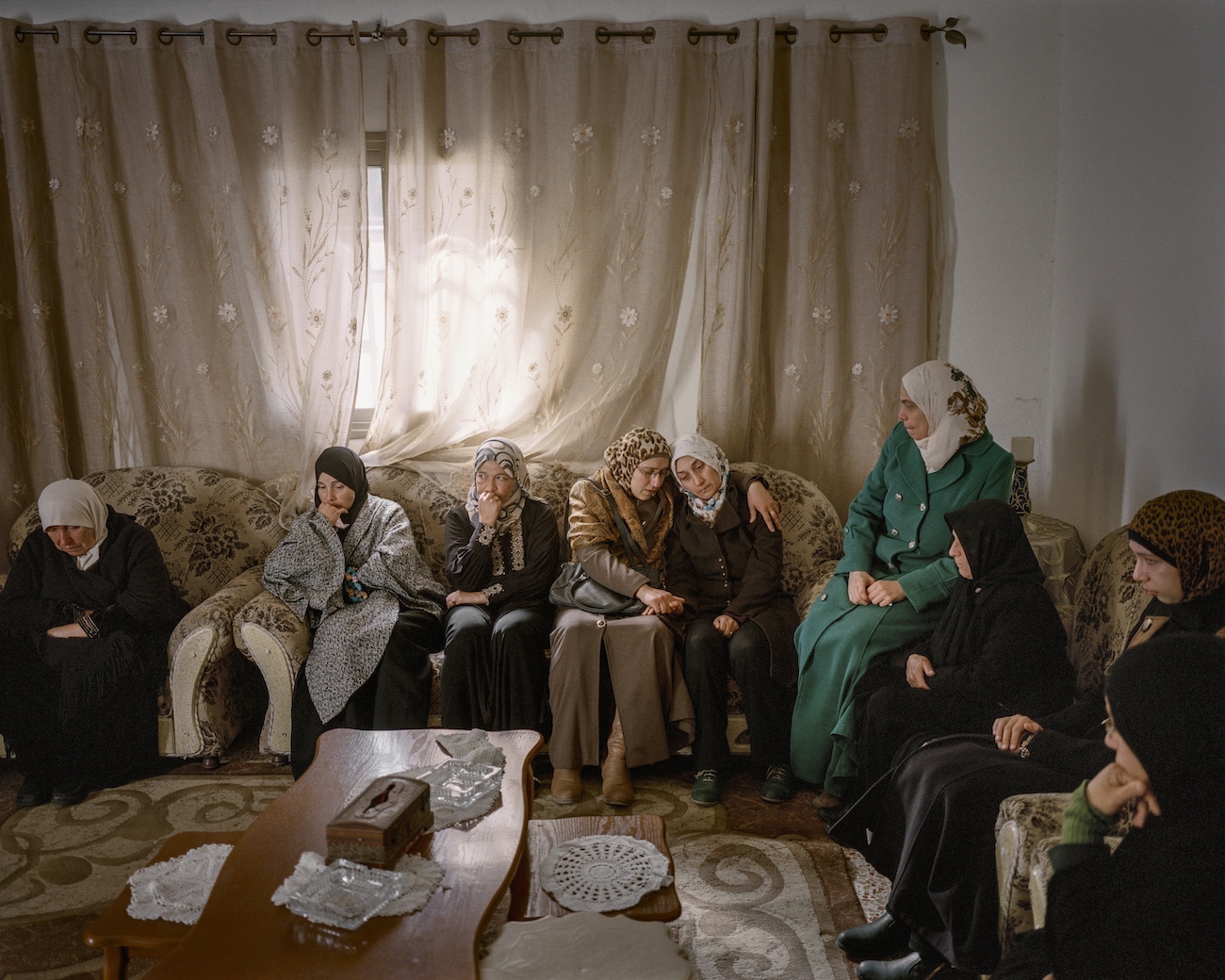 December 5, 2015. Aboud, West Bank. Palestinian women mourn Abed al-Rahman Barghouthi (26), who was shot by the Israel Defence Forces. According to the Israelis, Abed wanted to attack a soldier with a knife. According to the Palestinians, Abed was shot in cold blood and the Israelis subsequently placed a knife alongside his dead body. Knife attacks by Palestinians were a daily occurrence during this period, and as a rule, the attackers were shot on the spot. 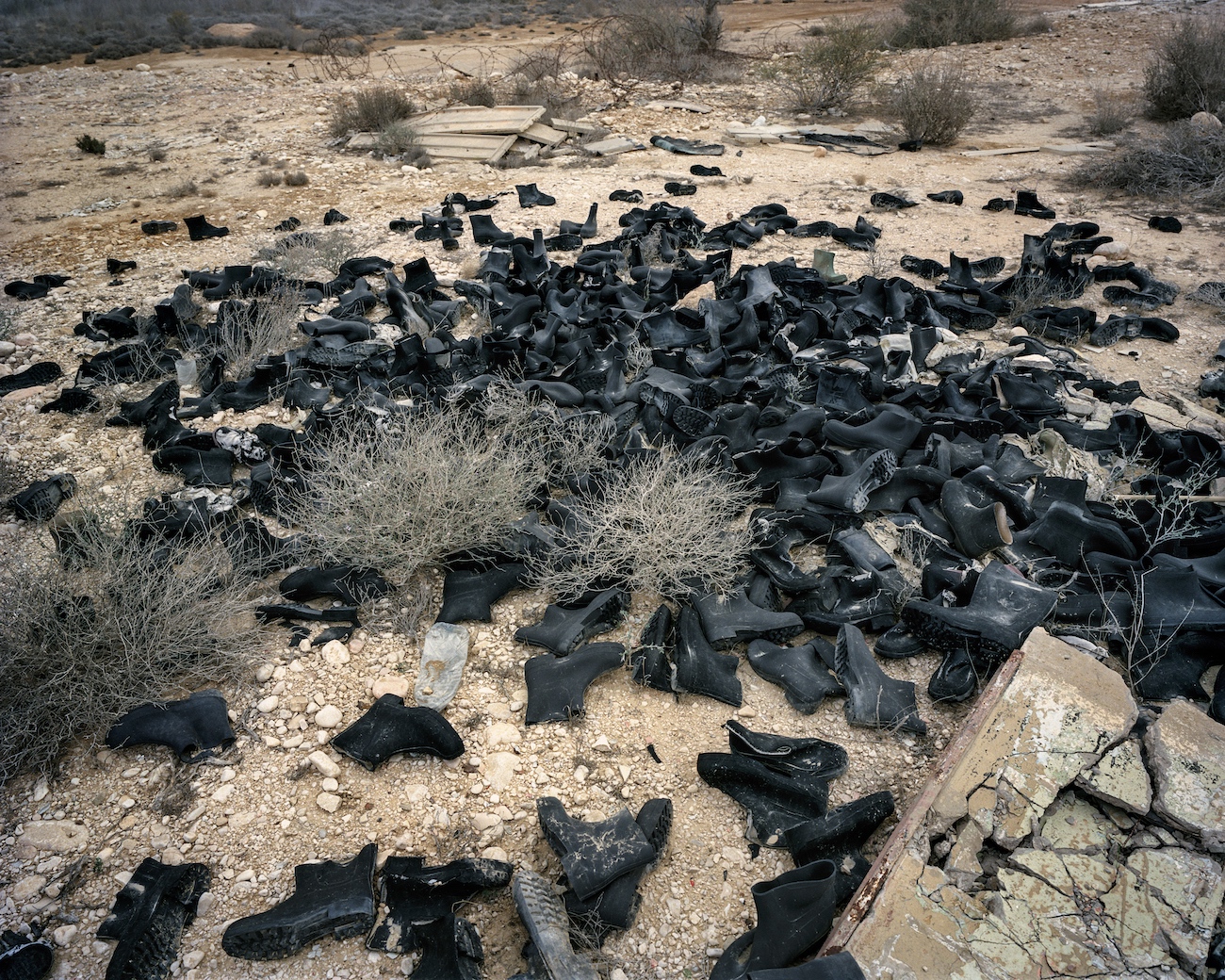 March 3, 2017. Near Nitzana, Israel. Military shoes on an abandoned Israel Defence Forces base. 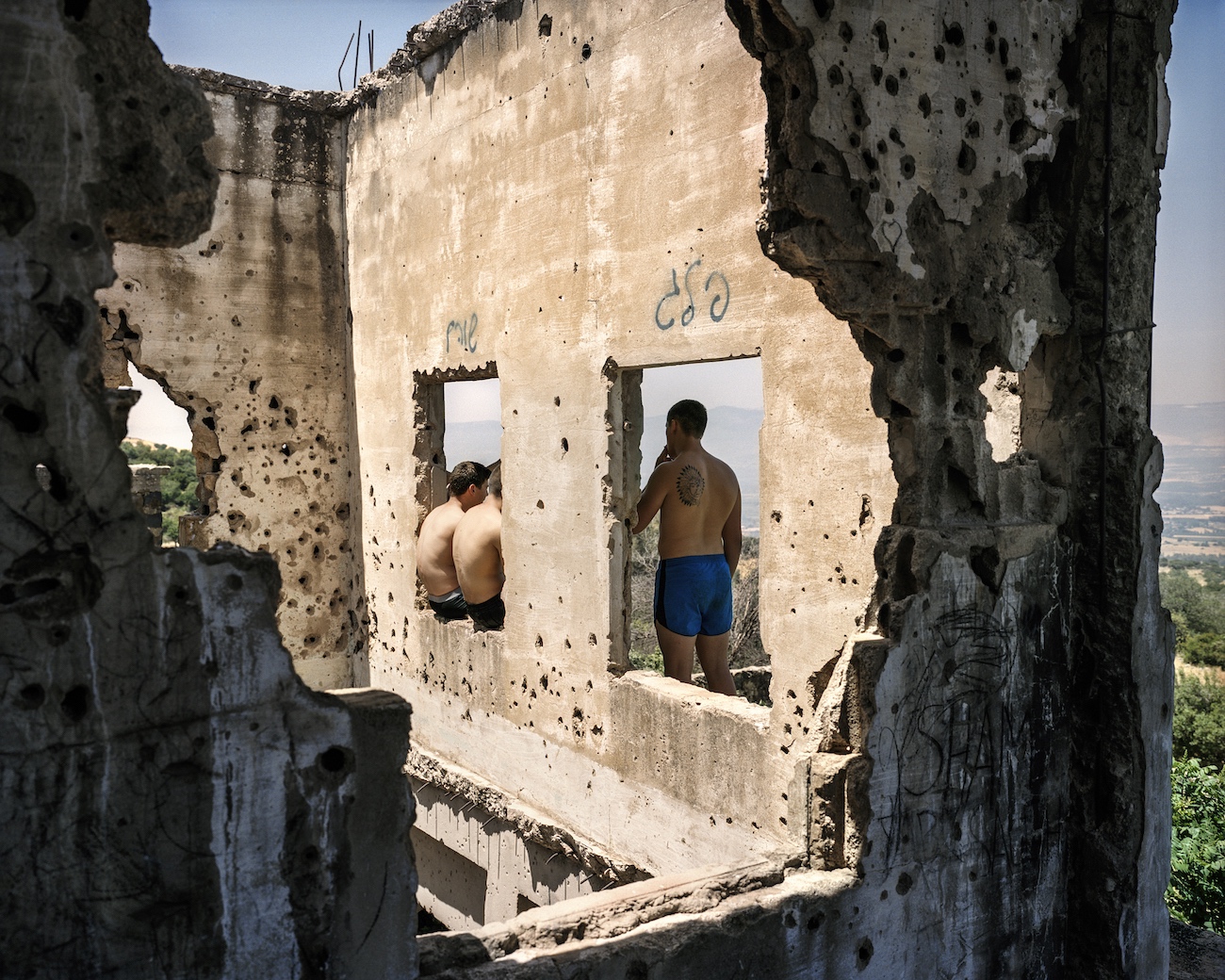 May 13, 2017. Southeast of Kibbutz Snir, Golan Heights. Young Israelis in the ruins of the Syrian village Ain Fit. The village was destroyed in the Six-Day War. 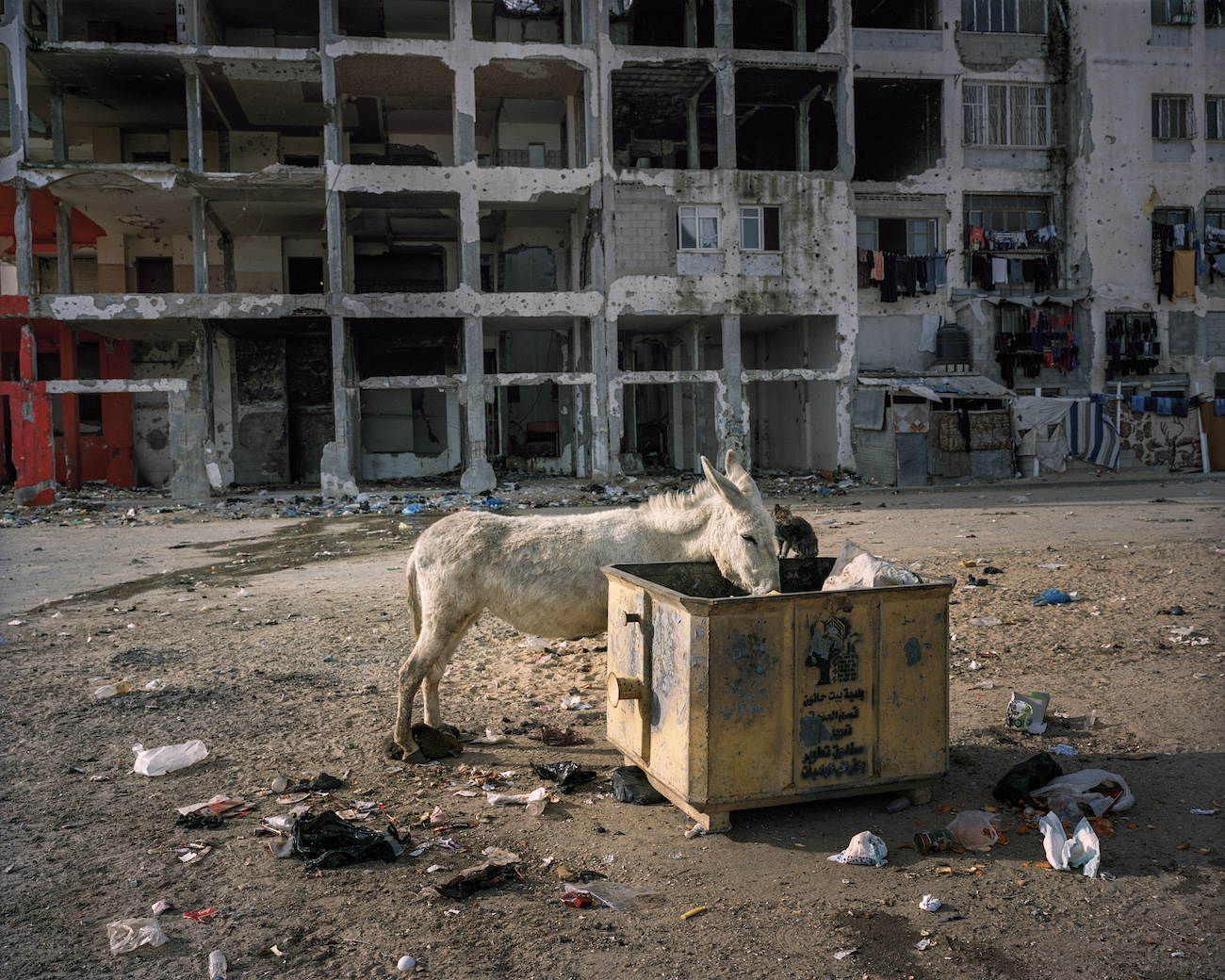 March 9, 2017. Beit Hanun, Gaza Strip. The so-called Al-Nahda building, the majority of which was destroyed in the last war in 2014, is nonetheless partially inhabited. 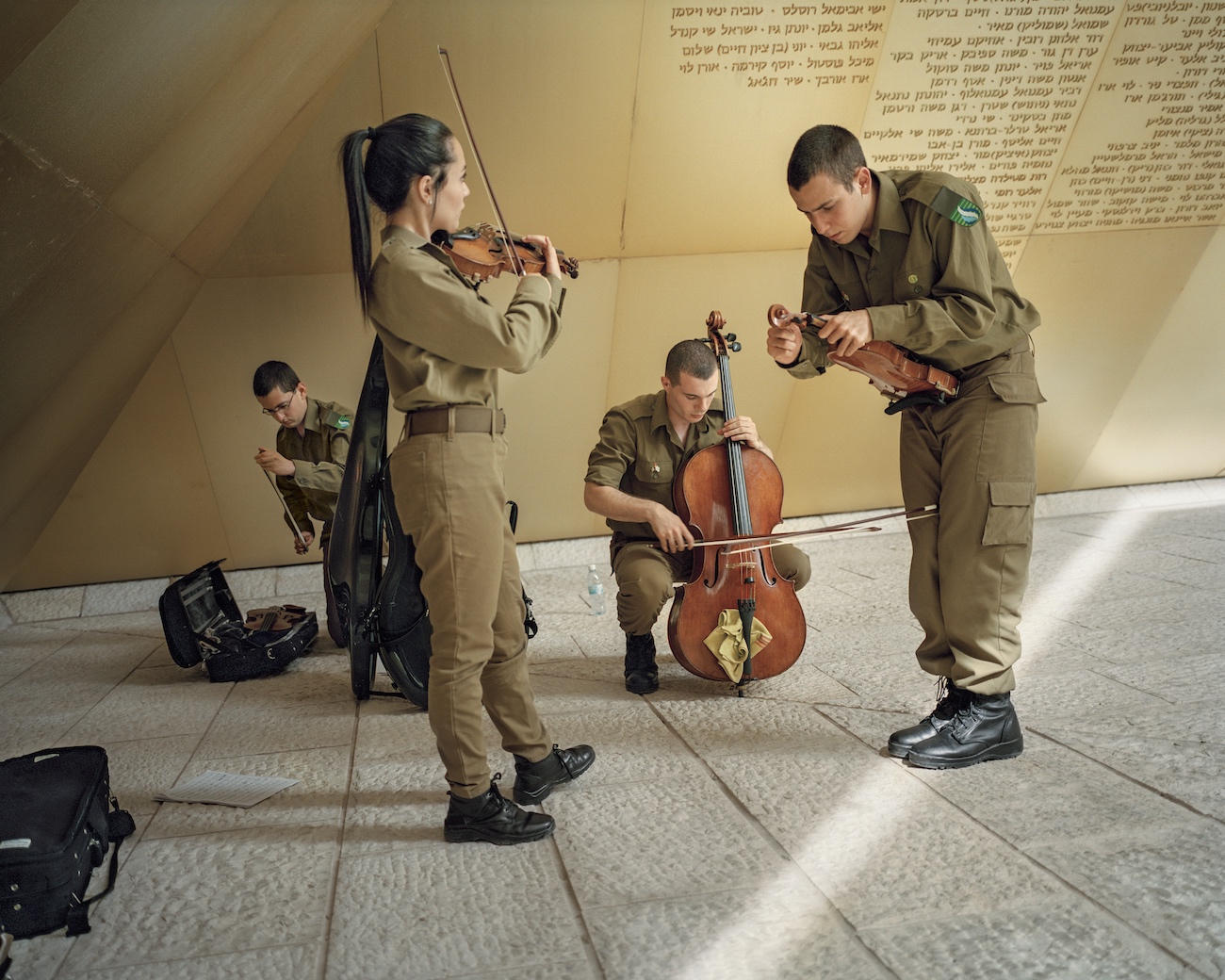 April 30, 2017. Jerusalem, Israel. On the day before the Memorial Day for the Fallen Israeli Soldiers and Victims of Terrorism, Yom Hazikaron, army musicians prepare for a performance. 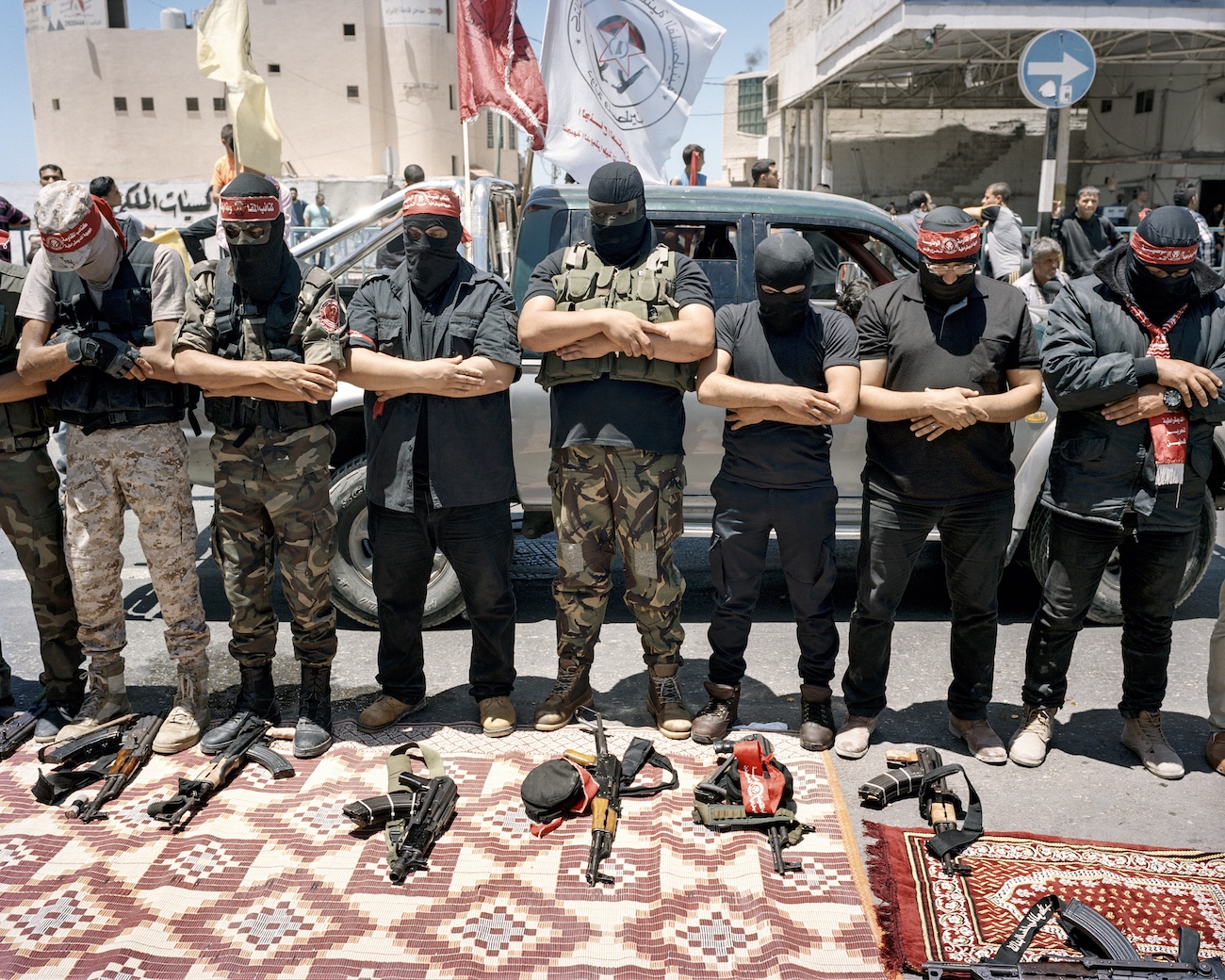 May 16, 2017. Gaza City, Gaza Strip. Palestinian fighters pray on the occasion of the funeral for the martyr Muhammad Majid Bakr. The young fisherman had been shot the previous day, on the Day of Nakba, by the Israel Defence Forces. The Day of Nakba (‘Catastrophe’) commemorates the expulsion of the Palestinians in 1948. According to information from the army, the fishing boat was outside of the fishing zone allowed by Israel. The fishermen did not react to shots fired into the air, shots were subsequently fired at the boat. 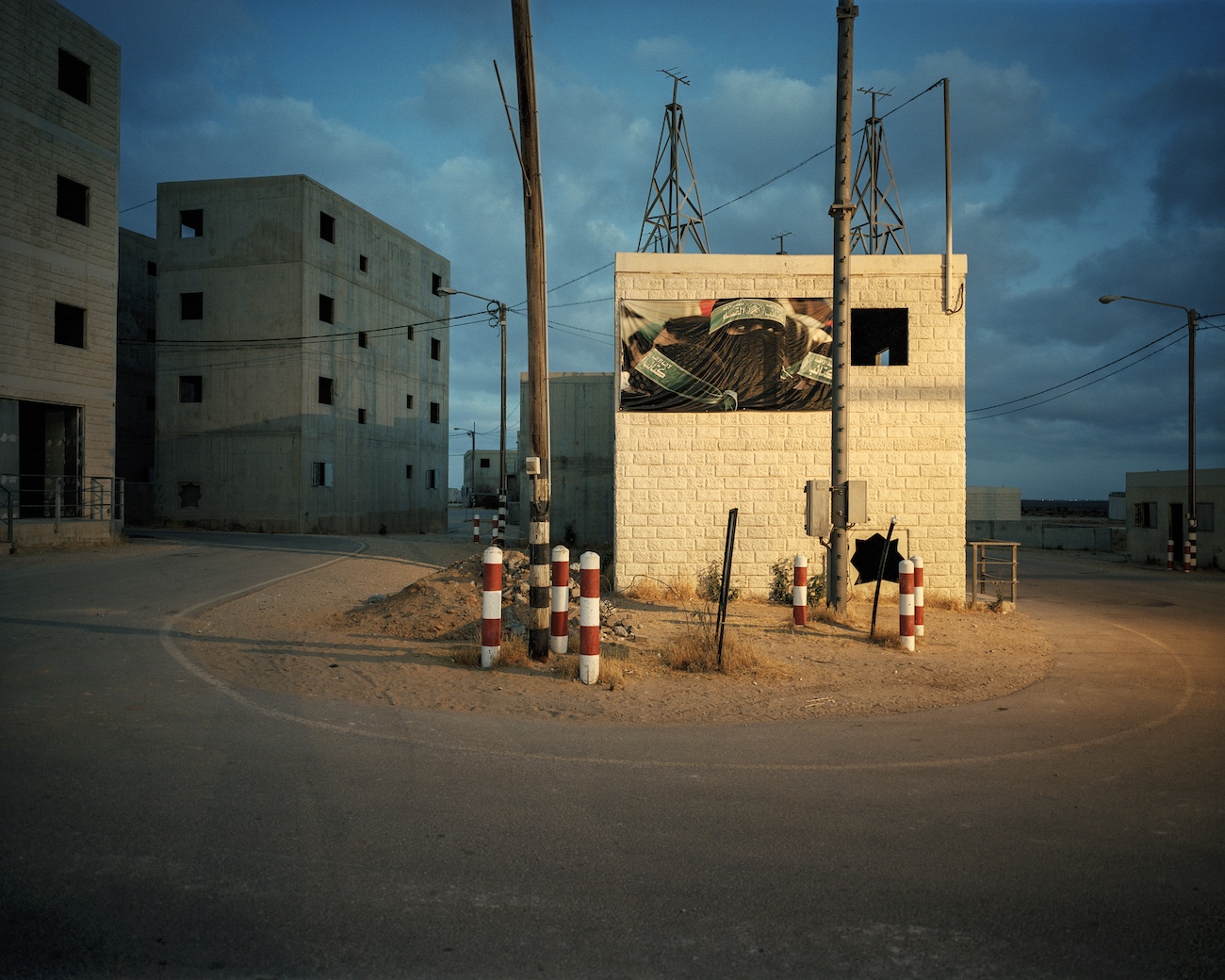 June 12, 2017. Army Base Tze’elim, near Kibbutz Tze’elim, Israel. The model Palestinian city Lashabiya is part of the Israel Defense Forces’ urban warfare training centre. After the experiences of the Second Intifada and the Second Lebanon War, the army leadership demanded better training for fighting in clearly defined urban centres.

The book Unresolved is available now. For more of Meinrad Schade’s work check out his official website.

Schade was one of the exhibiting photographers at Kolga Tbilisi Photo Week, which takes place each May in the Georgian capital.

Linkedin
RELATED ARTICLES
OTHER ARTICLES
The revered showbiz chronicler recalls his journalistic beginnings, documenting subcultural scraps in the ’80s.
To mark the anniversary of the mass trespass of Kinder Scout, a group of hikers came together with the intent of creating a new, fully inclusive culture for rural spaces.
A group of Ukrainians living in Poland are helping Ukraine withstand Russia’s brutal invasion by buying supplies and shipping them directly to the war’s frontlines.
After news broke last week around an expected reversal of the 1973 landmark law that made abortion legal in the US, protestors gathered in the UK in support of American women.
Over the weekend, London locals came together to resist a pre-planned police raid targeting delivery drivers.
Following the success of her debut novel, the Tottenham native is restating her commitment to the place that made her.