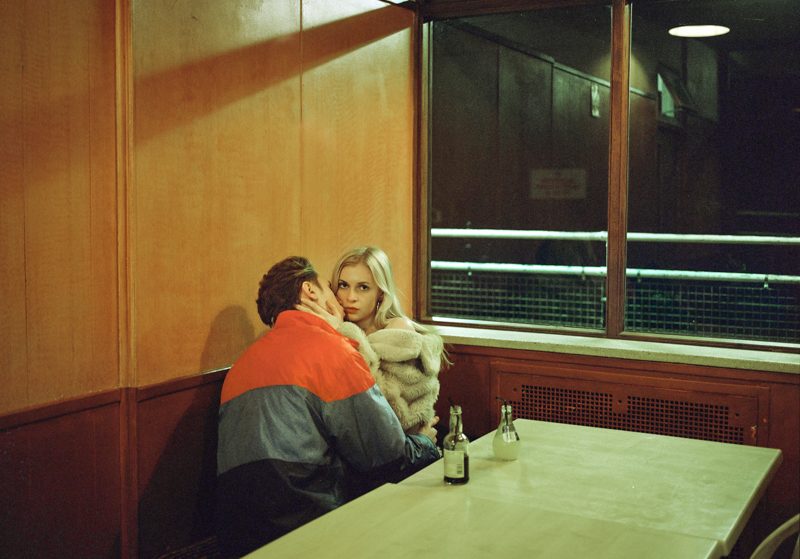 Driven by intuition, Ian Howorth has an eye for detail and an unconventional approach. He shares some tips to navigate the world of photography.

As a photographer driven by intuition, MPB's Ian Howorth has pursued a winding path – one that's given him an eye for detail and an unconventional approach. Here, he shares some tips to navigate the world of photography.

“The best advice I’ve ever had is just to shoot what you want to shoot,” says Ian Howorth, sipping a glass of water in Huck’s 71a Gallery.

“I remember not quite understanding what it meant at the time but, now that I think back, it must have resonated with me because it’s so central to what I do.”

Approaching things intuitively has become paramount to Ian since he first took to photography. Having moved from Peru to Miami at the age of 12, and then to West Yorkshire at 16 – his dad is English – Ian studied media and film at university in Brighton. But by the time he graduated, the next steps of his career didn’t seem so clear. 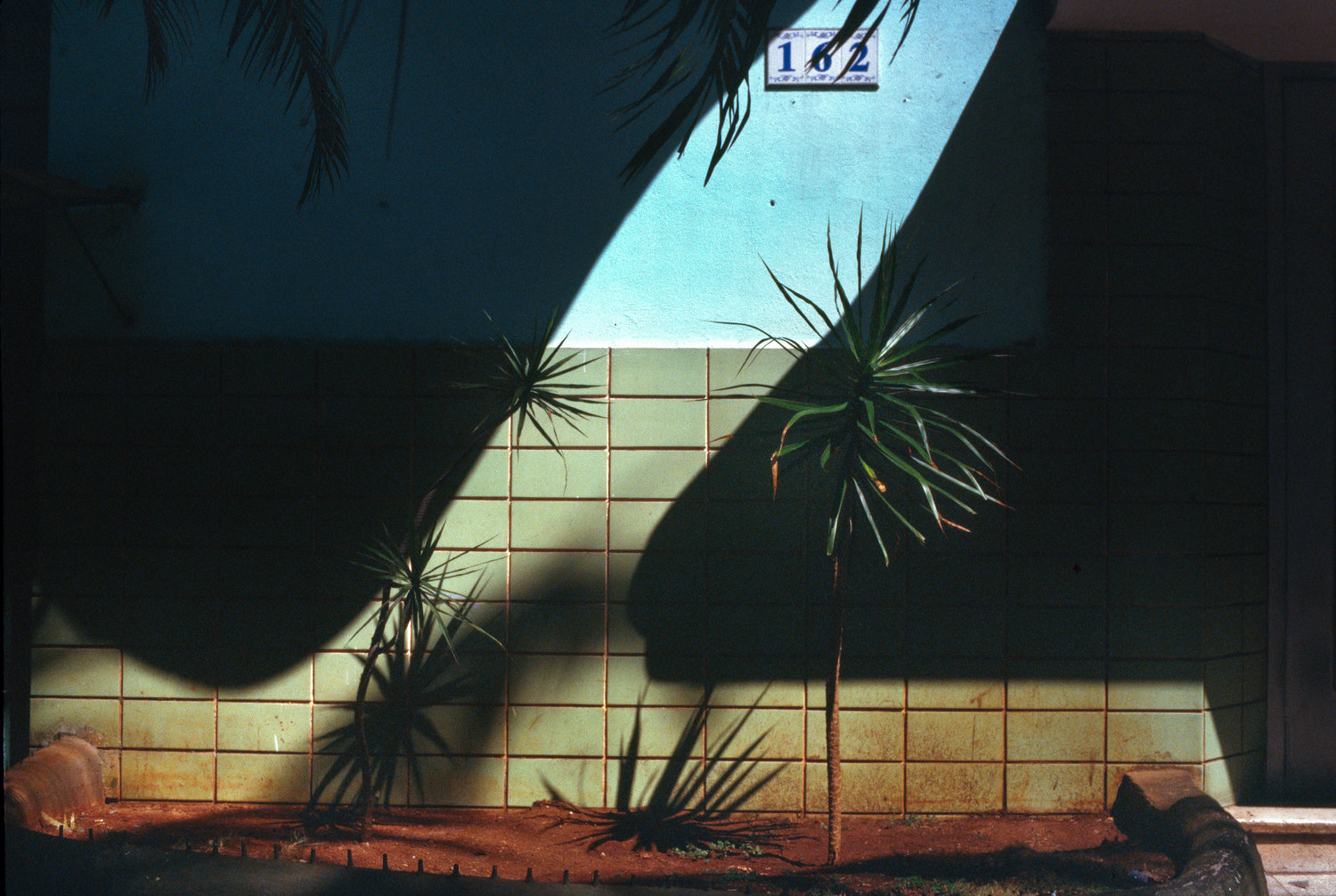 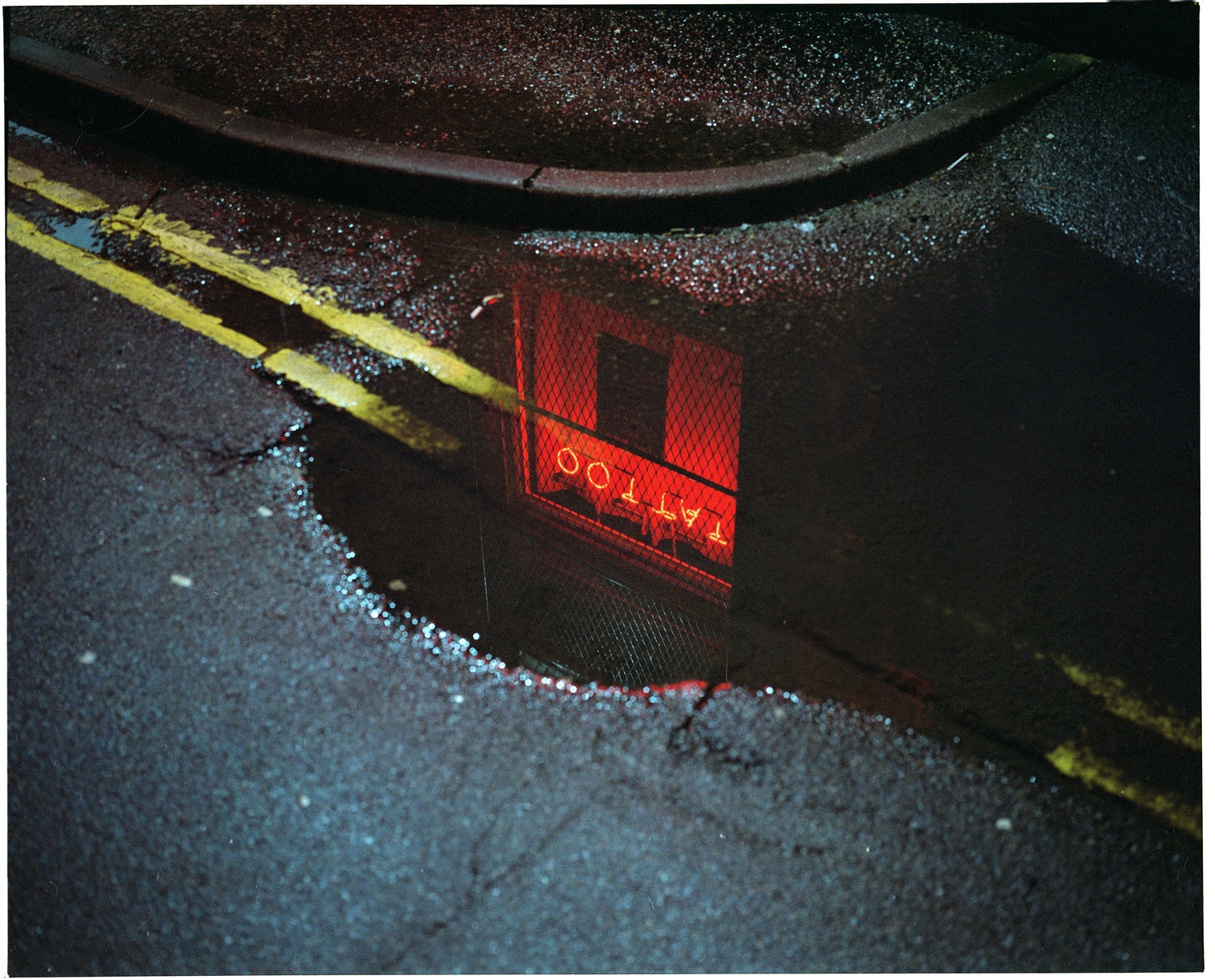 “I think I was a very typical arts graduate in that you never really think you can actually make a living from what you studied,” he says.

“I didn’t feel equipped for the real bread and butter of what it means to be a cameraman or photographer, you know? Like shooting in clubs with flash or just doing really basic edits for music programs. It was almost too topline, so I ended up trying to teach myself and exploring options elsewhere.”

At first, he played around with an old DV camera loaded with crappy tape, taking it on mountain-bike rides and stitching together little cinematic edits. Then Ian sharpened his skills by branching into wedding videography. 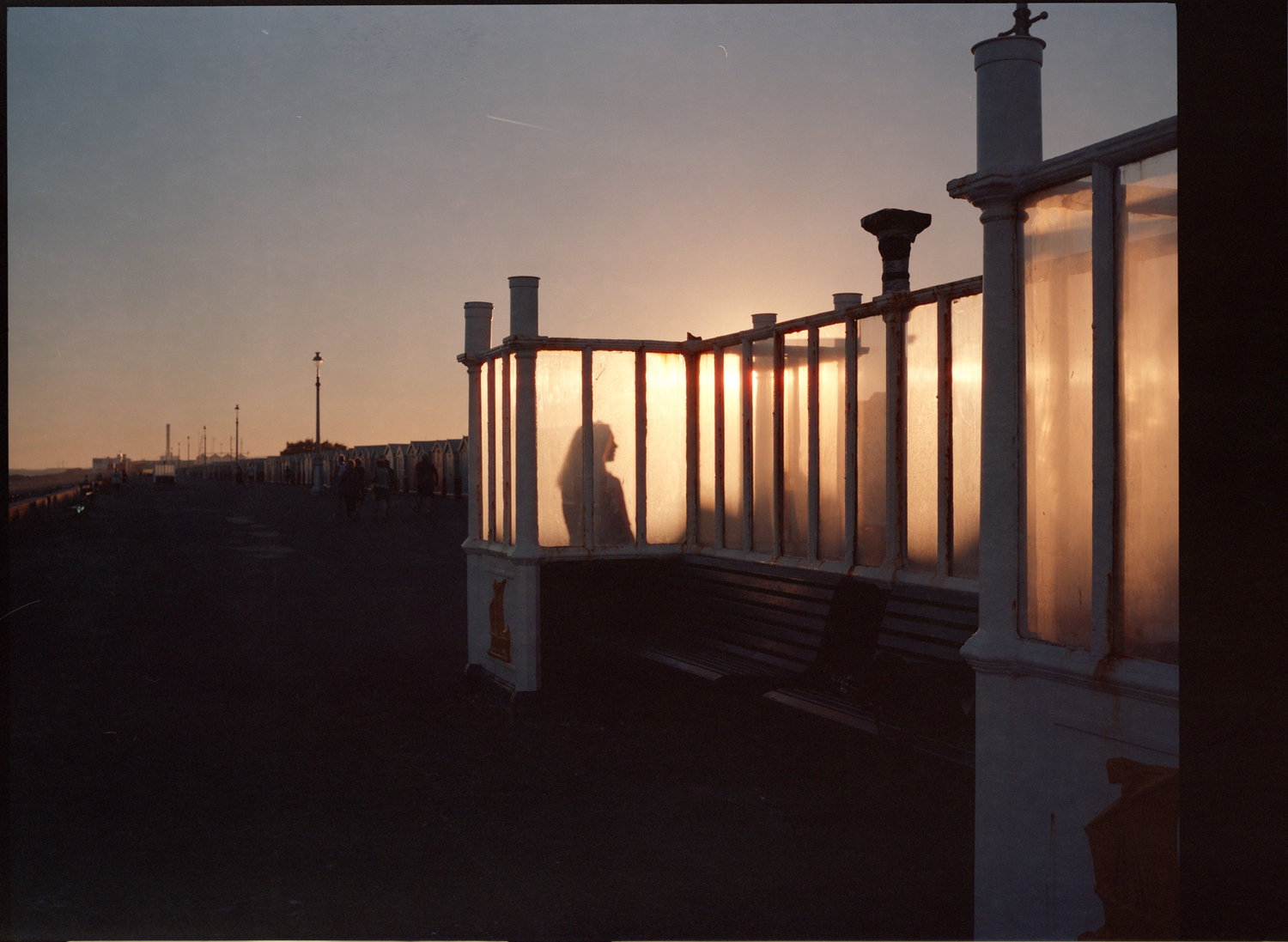 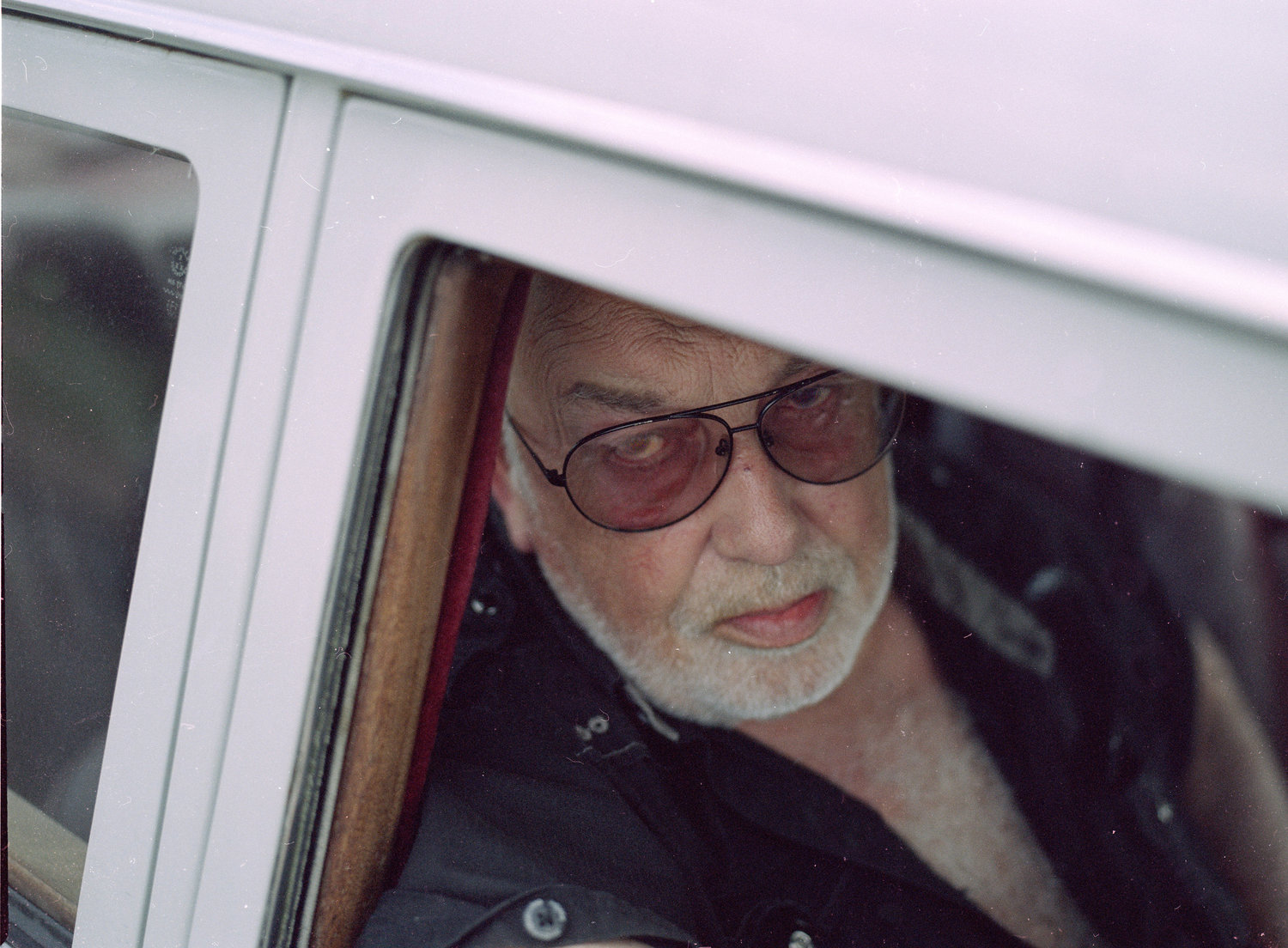 “I wouldn’t say it’s always the most enjoyable job but as far as learning about composition and understanding how light works, it’s invaluable and probably the greatest thing I did for myself. More than anything, it’s like you’re making the camera an extension of you.”

Gradually, what started as a hobby turned into an obsession. Ian progressed to music promos, then to corporate projects, then to being the second camera on short films. On and on it went… until he had something of an epiphany. For everything that video captures, he realised, it can take forever to get projects off the ground. 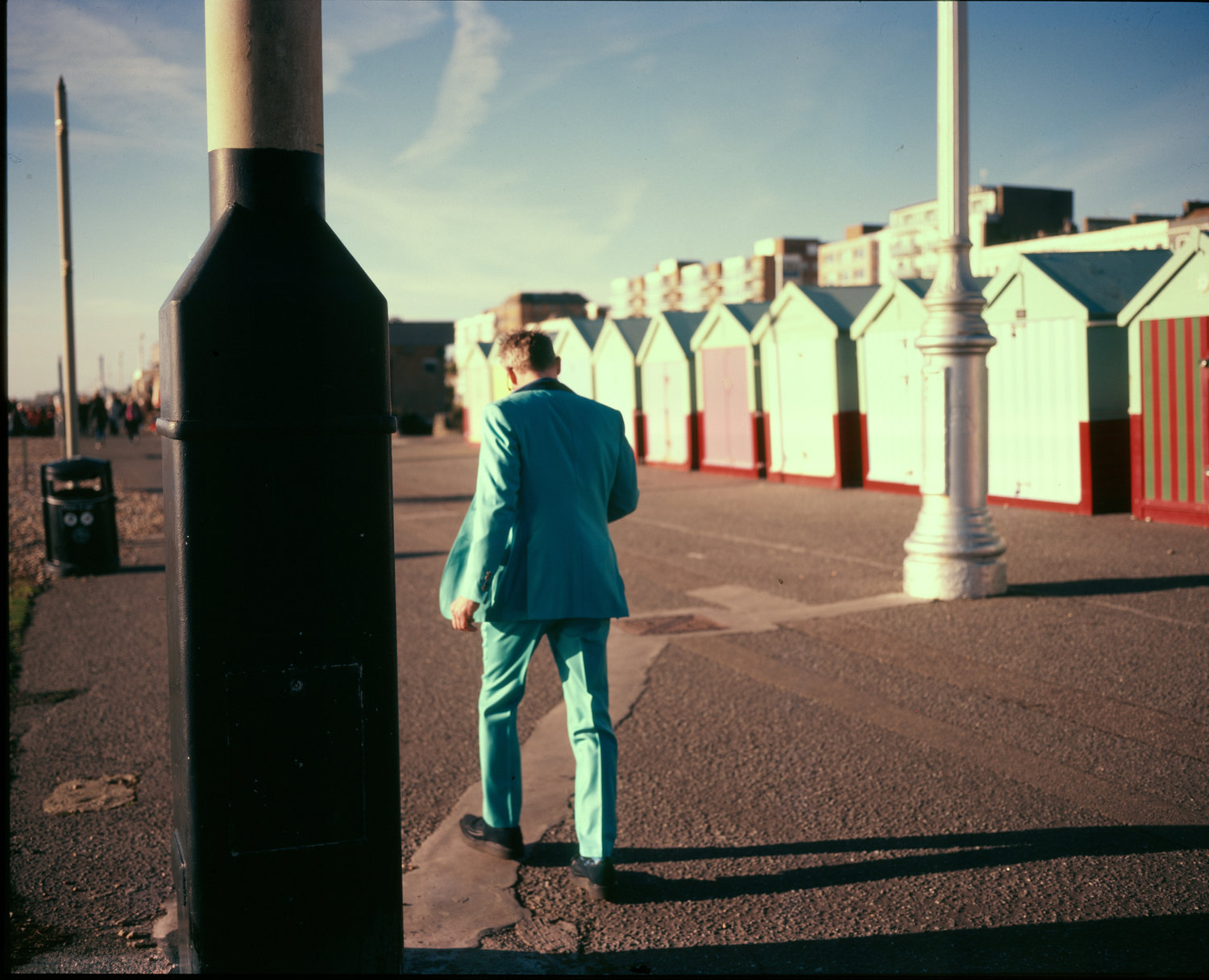 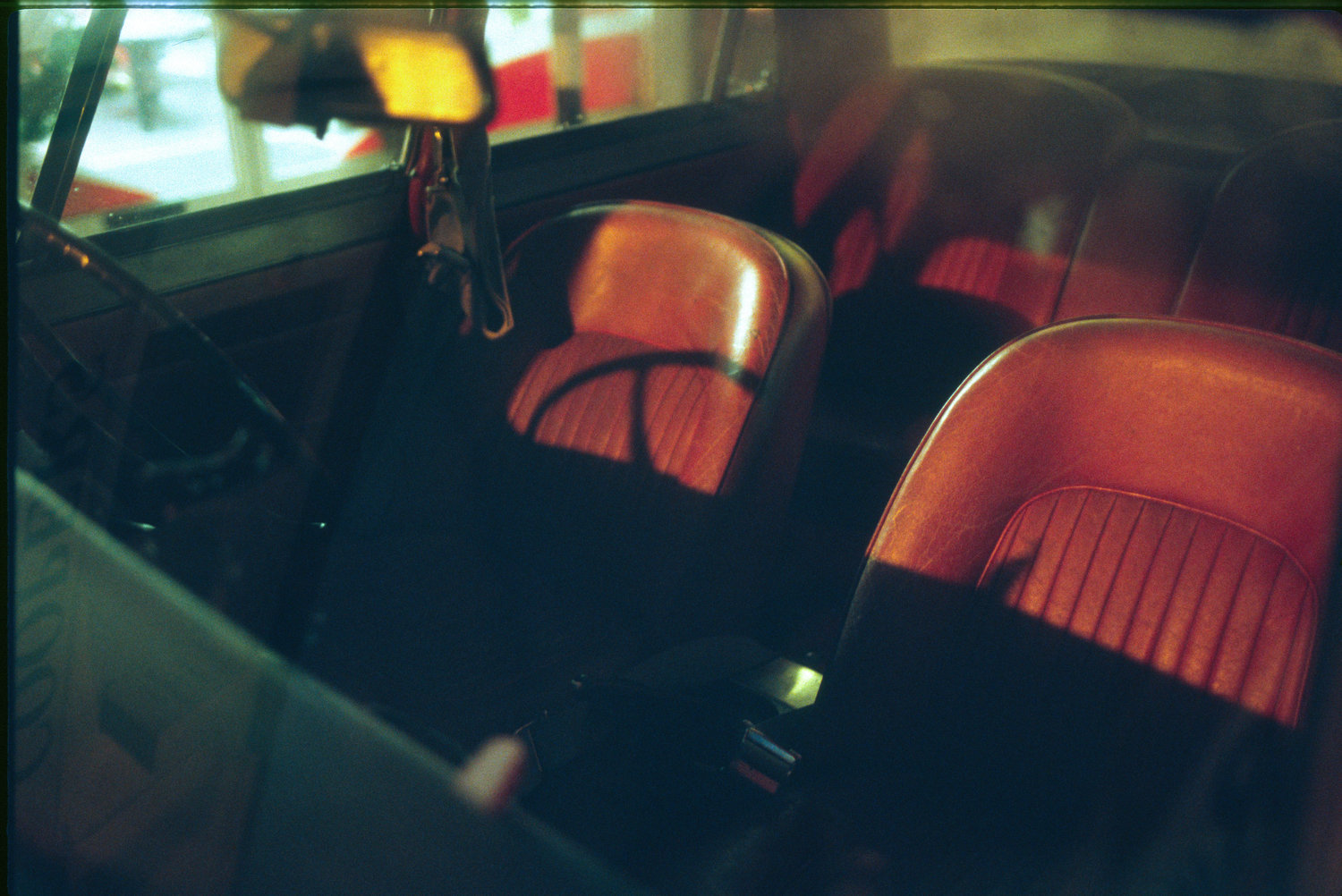 “When you don’t have the capacity or the time to resource everything you need within a production – things like makeup, set design, props and location scouting – everything starts to become a compromise. Slowly, this idea that you started out with turns into something that’s a fraction of the original. After doing that for a long time, I grew slightly disillusioned.”

A turning point came in 2013, following a particularly bad breakup. Ian began weighing up what direction to pursue next when a friend asked him to shoot photographs at Croatia’s Dimensions Festival.

That’s when something jolted in his brain. Technically speaking, the process was exactly the same… but it felt more immediate. Telling a story one frame at a time challenged him to view his surroundings differently. 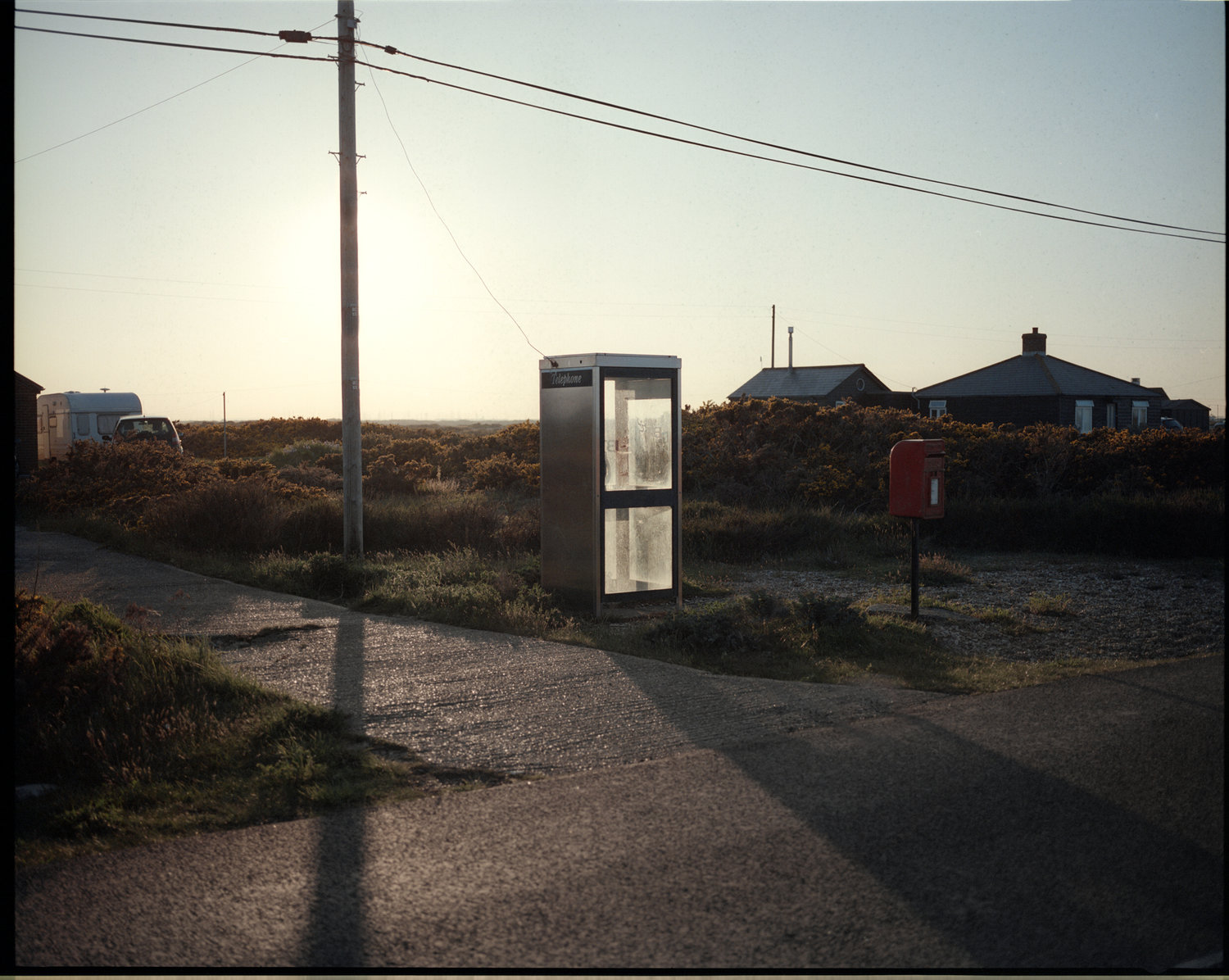 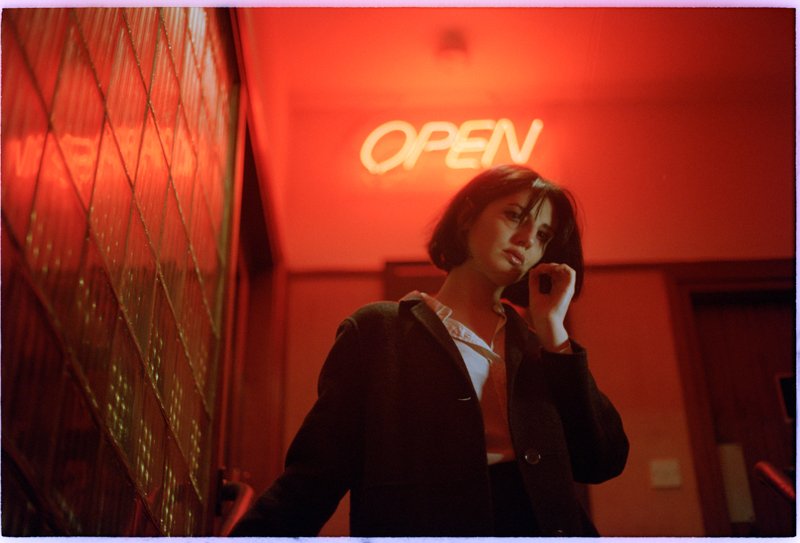 Ever since then, Ian has been constantly honing a style of photography that defies easy categorisation, mixing documentary photography with cinematic scenes he carefully composes.

Underlying it all is a commitment to being curious. He’ll gladly trek 10 miles on a Saturday afternoon just to find the right car tucked under a bush or stay up late into the night scanning a fresh batch of negatives.

“There’s something fulfilling about walking through the rain, sleet and snow or whatever just to get the shot you wanted,” he says, laughing. 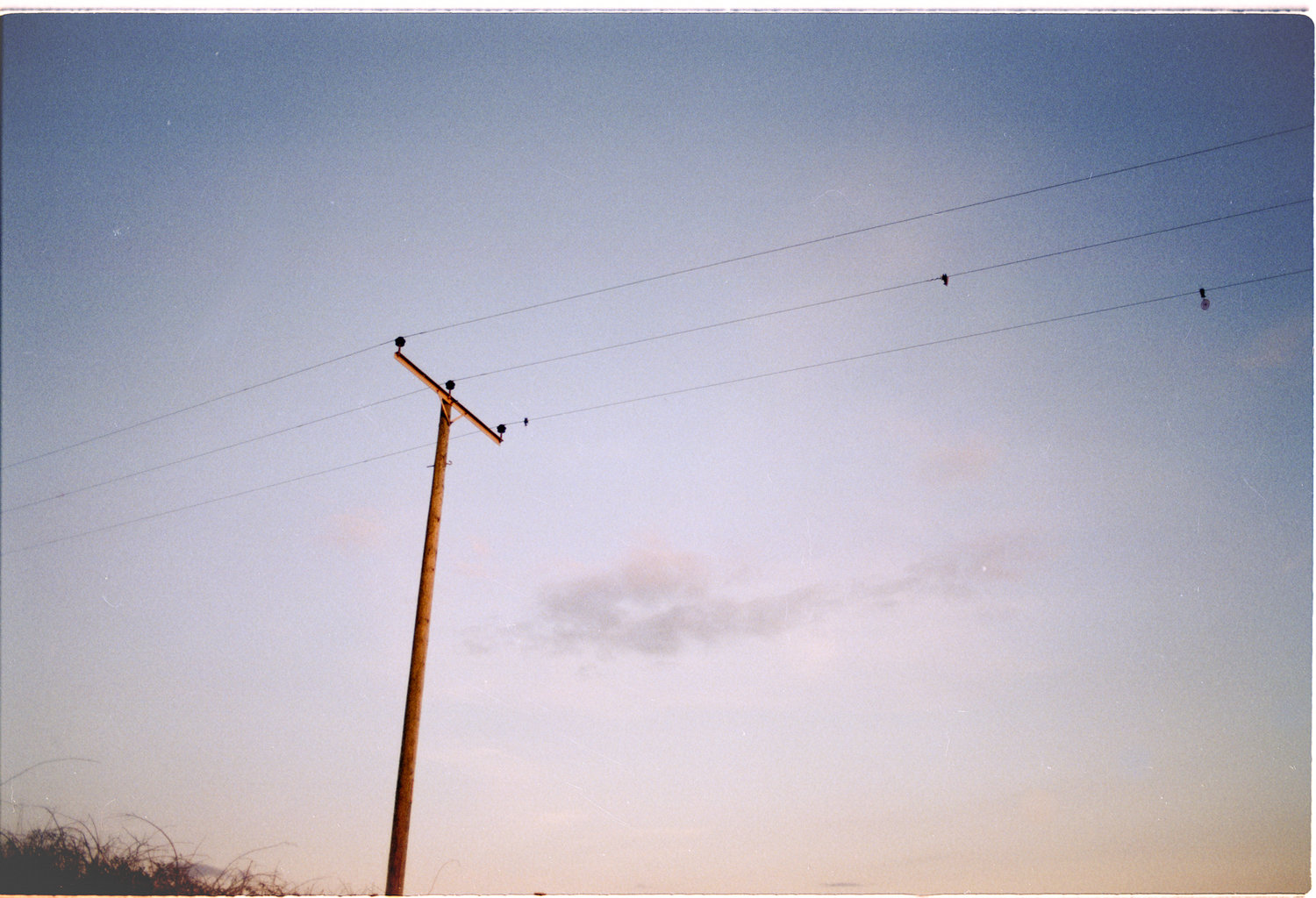 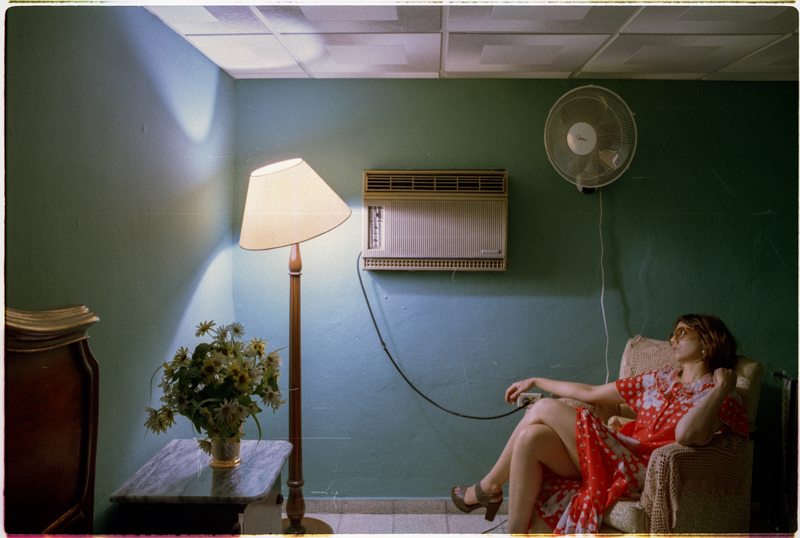 “Just the knowledge that you’re willing to spend 18 quid on train fare or get in your car to drive 90 miles for one shot – that should say a lot to you, even before you get the negatives back. It shows how committed you are and that you’re going in the right direction.”

Today Ian harnesses that passion as part of his day job at MPB, a platform that’s changing the way photographers and filmmakers trade equipment online. Helping photographers of all levels to find the right resources and improve their skills is perfectly suited to him.

As content executive, he’ll map out helpful shooting guides and curate MPB’s Instagram feed so that it showcases some of the best talent in photography – all part of a wider effort to engage a community that cares about image-making as much as they do. 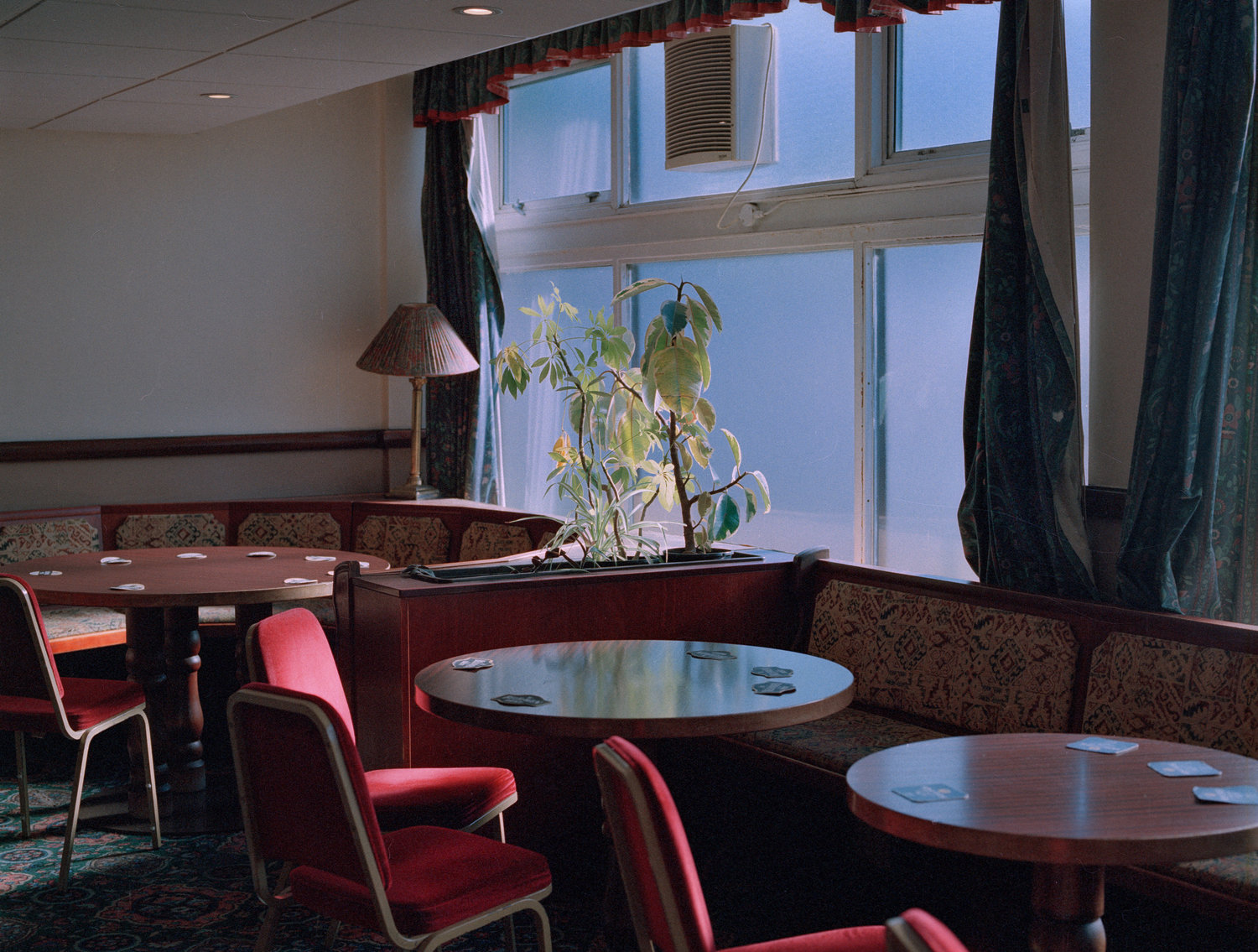 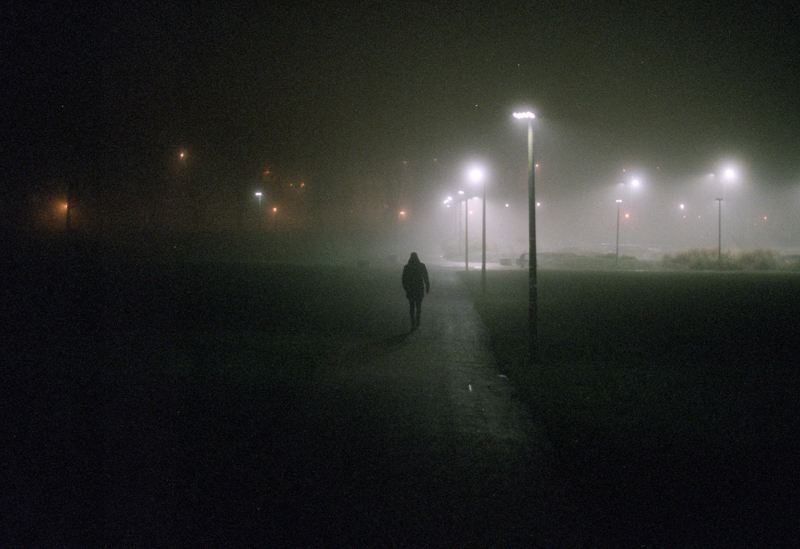 “There’s a much larger side to photography beyond the technical aspects,” says Ian. “Most of the staff are either photographers, videographers or artists of some kind, so it makes sense to tap into that in order to do something a little bit different. The business as a whole is basically changing the photography landscape and also breathing a new lease of life into equipment as well.”

Dressed in shorts, Vans high-tops and a candy striped shirt, with two bags of camera equipment sitting behind him, Ian speaks with a lighthearted focus – happy to draw from his wealth of experience and delve into ways any aspiring photographer can up their game.

A guide to finding your way a photographer…

“There are plenty of people who know very little about [the technical aspects of] photography and yet their style manages to work well towards what they do. Some of the best photographers, meanwhile, learn how to use their gear by trying to realise a specific vision that they have.

“Whether it’s understanding light ratios or the dynamic range of your film, being forced to extract something from your equipment is a hugely valuable learning curve – and much of it comes down to trial and error.

“Everyone’s a bit different but I think there is a certain level of just having to go at it all the time and test, test, test – rather than trying to ‘sort it out in the edit’. The important thing is to never stop.” 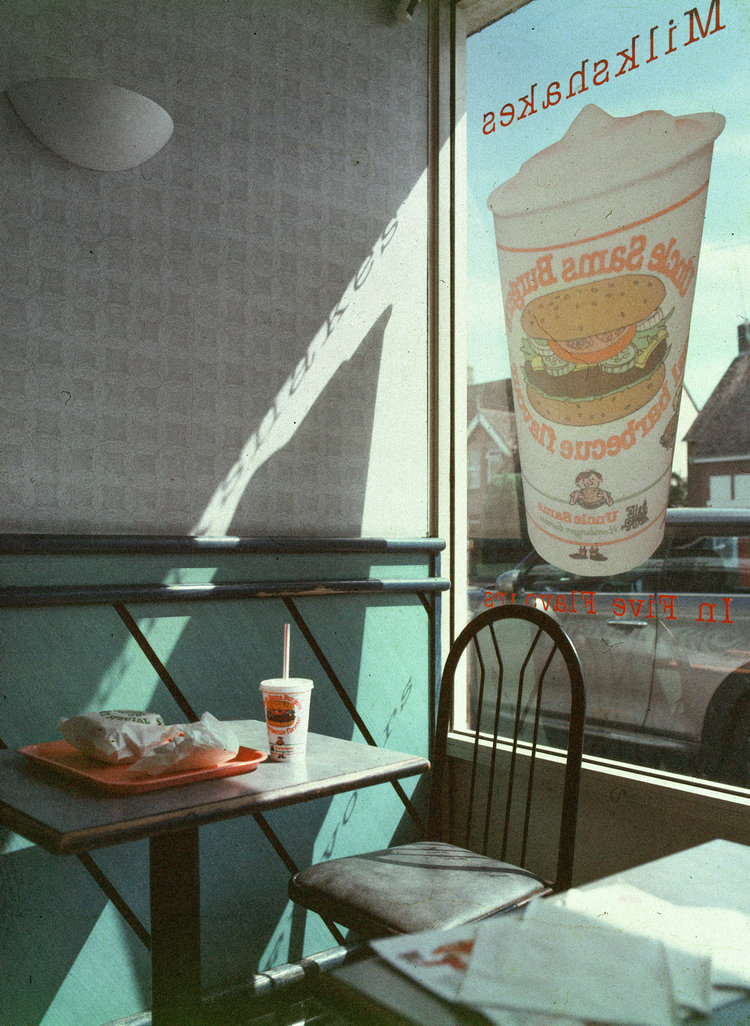 “I get asked a lot about what kind of equipment people should start with and, to be honest, the most important thing is managing expectations. Photography is a step-by-step process and I can guarantee you that there are no quick wins. If you don’t know what you’re going to shoot or how, that first purchase is going to let you know very quickly.

“Everyone needs that ‘aha’ moment. It’s a question of translating your strengths into the right buy and, for most people, that can mean navigating some unknowns.

“Let’s say, for example, you compose beautifully on an iPhone. You might not realise it but you’ve been working with the equivalent of a 35mm lens, which has probably made you good at working out distances and moving backward and forward. In that case, maybe all you actually need is one lens.

“This is where Flickr becomes an amazing research tool, as it gives you the metadata of any particular image. Even if it has been edited beyond belief, it will still tell you what lens it was shot at.

“But don’t beat yourself up if you get it wrong. The secondhand market is flourishing, so you can easily re-sell your equipment and get something that better complements your style and what you want to shoot at this point in time. Whenever that changes, your options will still be just as open.” 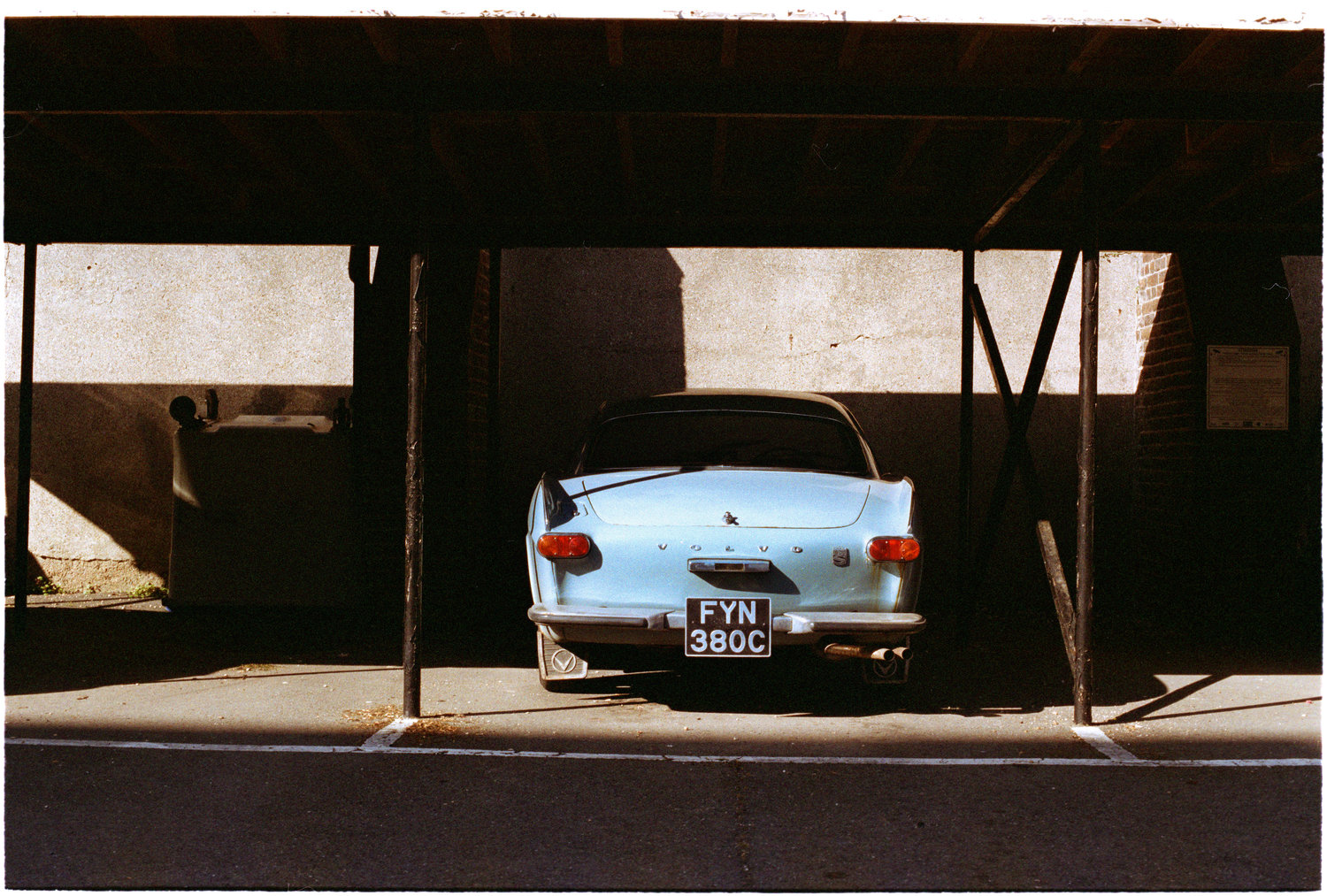 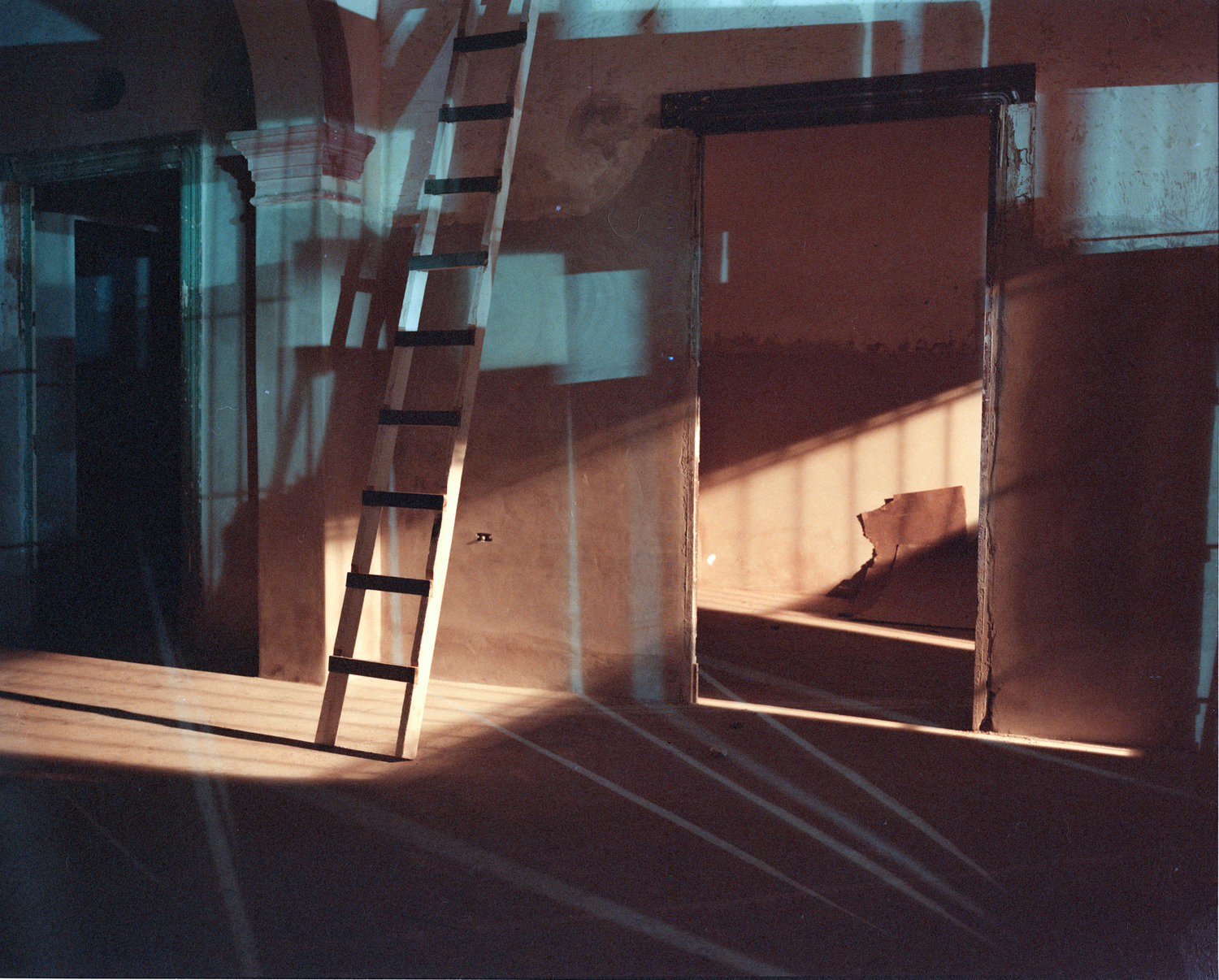 Don’t shy away from self-promotion

“It’s a cliché, but photographers do tend to express themselves best visually. This is a fairly solitary pursuit and, generally speaking, a lot of it is done in your head. Sometimes it can be difficult to admit that, yes, we do enjoy getting likes and followers as a result of that communication.

“The thing is, there are incredibly talented people out there in all fields stuck in a basement, drawing or chiseling away at their art – and some will always be at that level because they’re not natural self-promoters.

“I know a lot of amazing photographers who don’t fully take advantage of Instagram as a tool to get their work out there and it can be frustrating to see. There’s no harm in maximising that platform, even if it’s just to find a fun collaboration or a model that wants you to shoot with them.

“Research as many different accounts that are similar to yours, see what hashtags they use and learn to be descriptive of your work. If you cringe at the thought of using hashtags, you can always delete them later once you’ve milked their usefulness. But be true to yourself. Instagram is a fickle medium, so once you know how you want to be viewed, be consistent about it.” 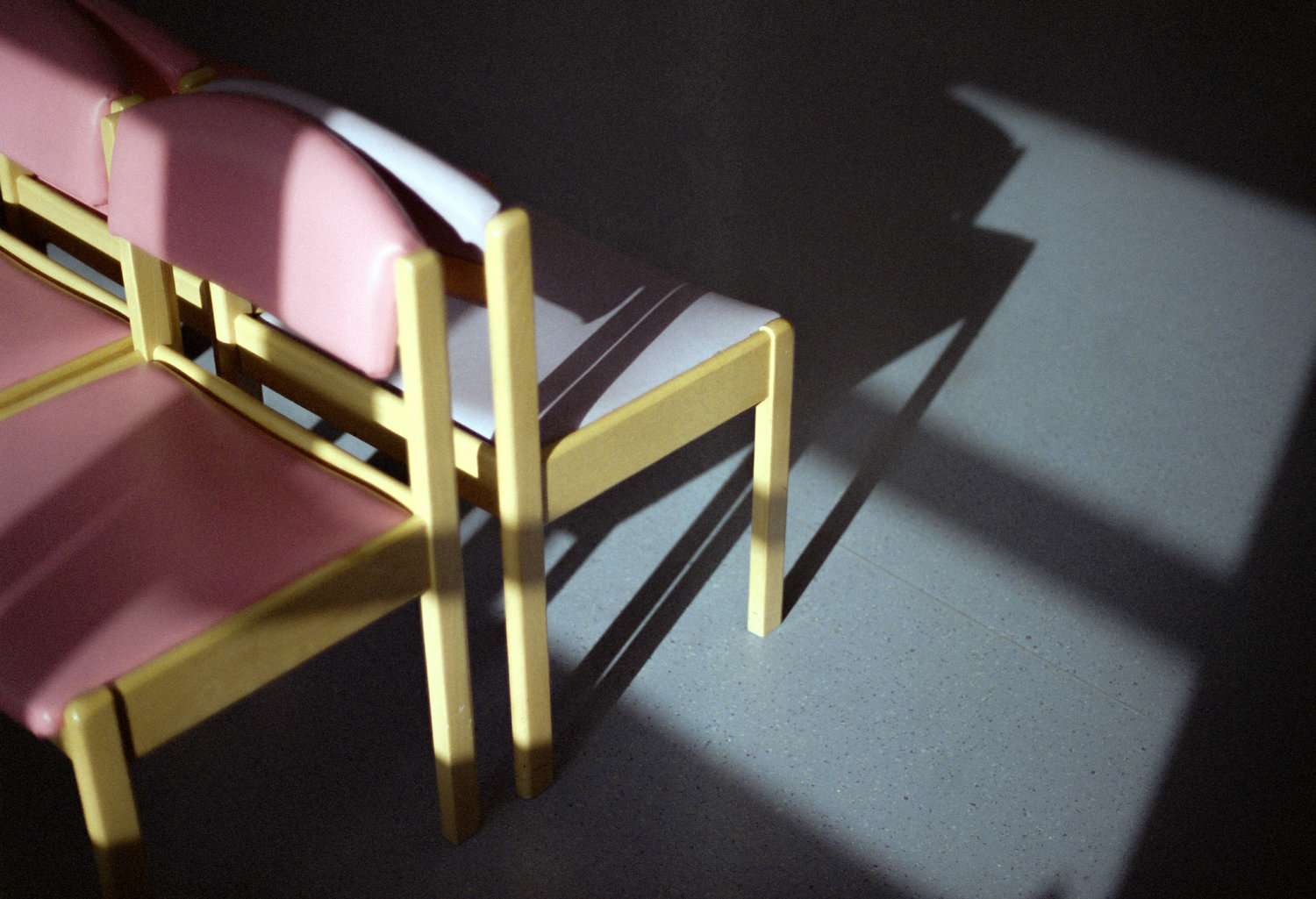 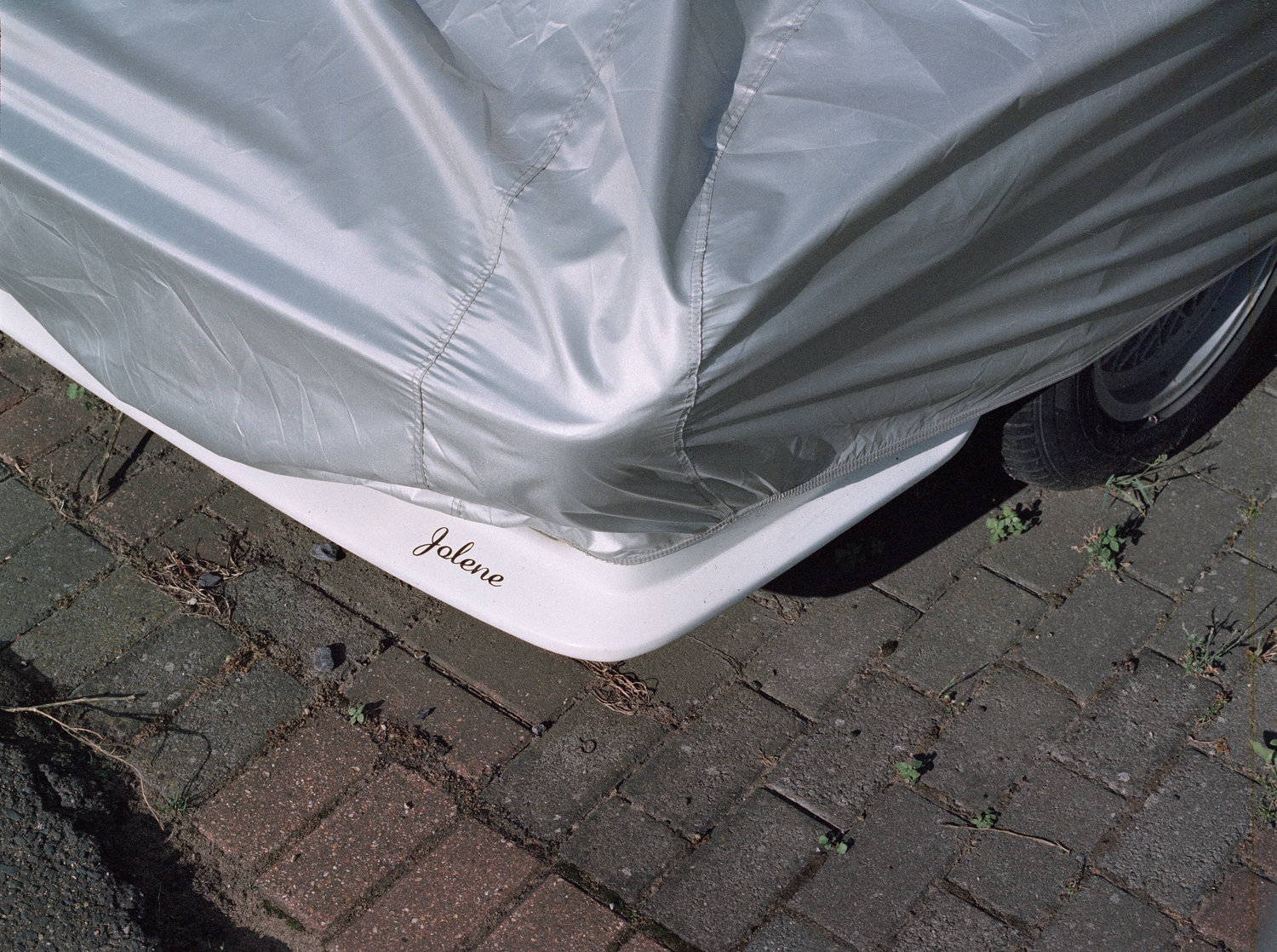 “You’re not going to be participating in Photo London or Paris Photo straight away; it’s just not going to happen. So how can you keep ticking things over while you’re still developing?

“The wonderful thing about photography is that it will always teach you something. Doing corporate work, for example, might not necessarily feel artistically satisfying, but it will add something new to your skillset. Anything that makes you more technically proficient or in tune with your camera is a step in the right direction.

“But just remember that whatever you’re doing to get paid, there is always another avenue you can take that’s more inspiring to you personally. It could be urban landscapes, portraiture, anything – just bank it. You’re the master of your own destiny; it just depends on how much you’re willing to invest in your own time on the side.” 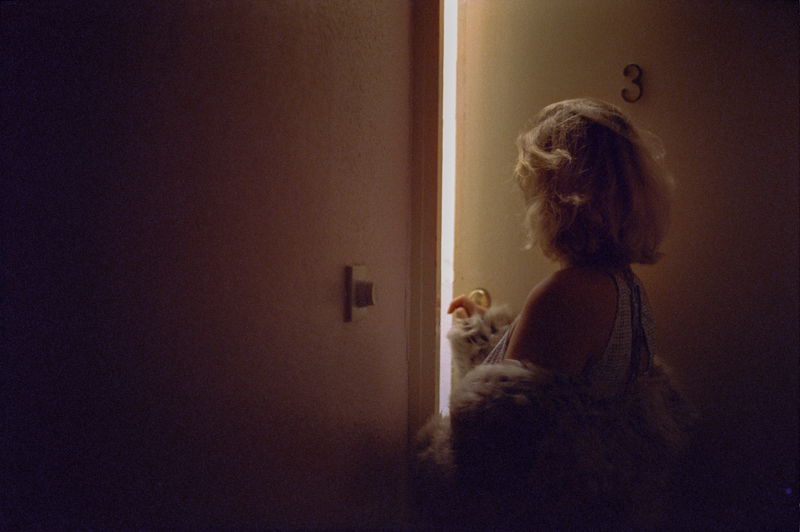 Find out more about MPB, the world’s biggest marketplace for trading used cameras and lenses, or check out photographer Ian Howorth’s portfolio.

Linkedin
RELATED ARTICLES
OTHER ARTICLES
The photographer reflects on building trust with his subjects and using the street as his studio.
With abuse of call-centre staff on the rise, many are now speaking out about the hostility they’ve faced.
Photographer Yan Morvan revisits a radical moment in history, which saw the emergence of a fiercely-rebellious spirit among the UK‘s youth.
A new book traces the legislation’s tumultuous history and the lasting impact its had on LGBTQ+ activism today.
In the UK, Hongkongers are continuing to stand in solidarity with the pro-democracy movement.
From the queues outside to the last ones standing, Francesco Mellina’s new photo book follows a night that has gone down in the Northern-Soul history books.