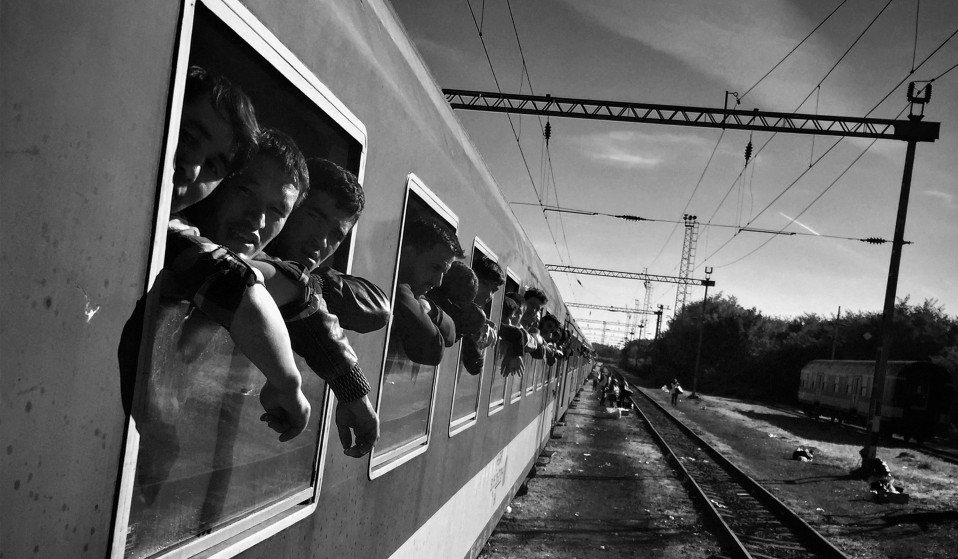 Afghan photographer Mujtaba Jalali has been documenting the journey of refugees as they make their way across foreign lands and hostile borders. But he’s no outsider. The journey is his own.

Afghan photographer Mujtaba Jalali has been documenting the journey of refugees as they make their way across foreign lands and hostile borders. But he’s no outsider. The journey is his own.

I am Mujtaba Jalali. I was born in Iran as an Afghan refugee to parents who fled the Afghanistan war thirty-five years ago. I come from a big family. There are eight of us: my two sisters and a brother are students at university in Iran, my father is working as a cook and my mother works at home. I was a student of English language and literature at university and a freelance journalist and photographer working on humanitarian issues in Iran for three years. I was also an English language teacher for Afghan kids without resident permits in a non-profit school in Mashhad, Iran. Like many kids who were born in Iran, from the day I opened my eyes I saw a label of ‘Afghan Refugee’ on my forehead. And that was the start of my sequestered life.

Although I didn’t live in Afghanistan and I’ve never seen conflict and war with my own eyes, my whole life is affected by war and unrest in Afghanistan. My parents left their homeland many years before and I was born as a refugee child that never experienced having a home or shelter for myself. It’s a strange and destructive feeling that only a refugee feels. 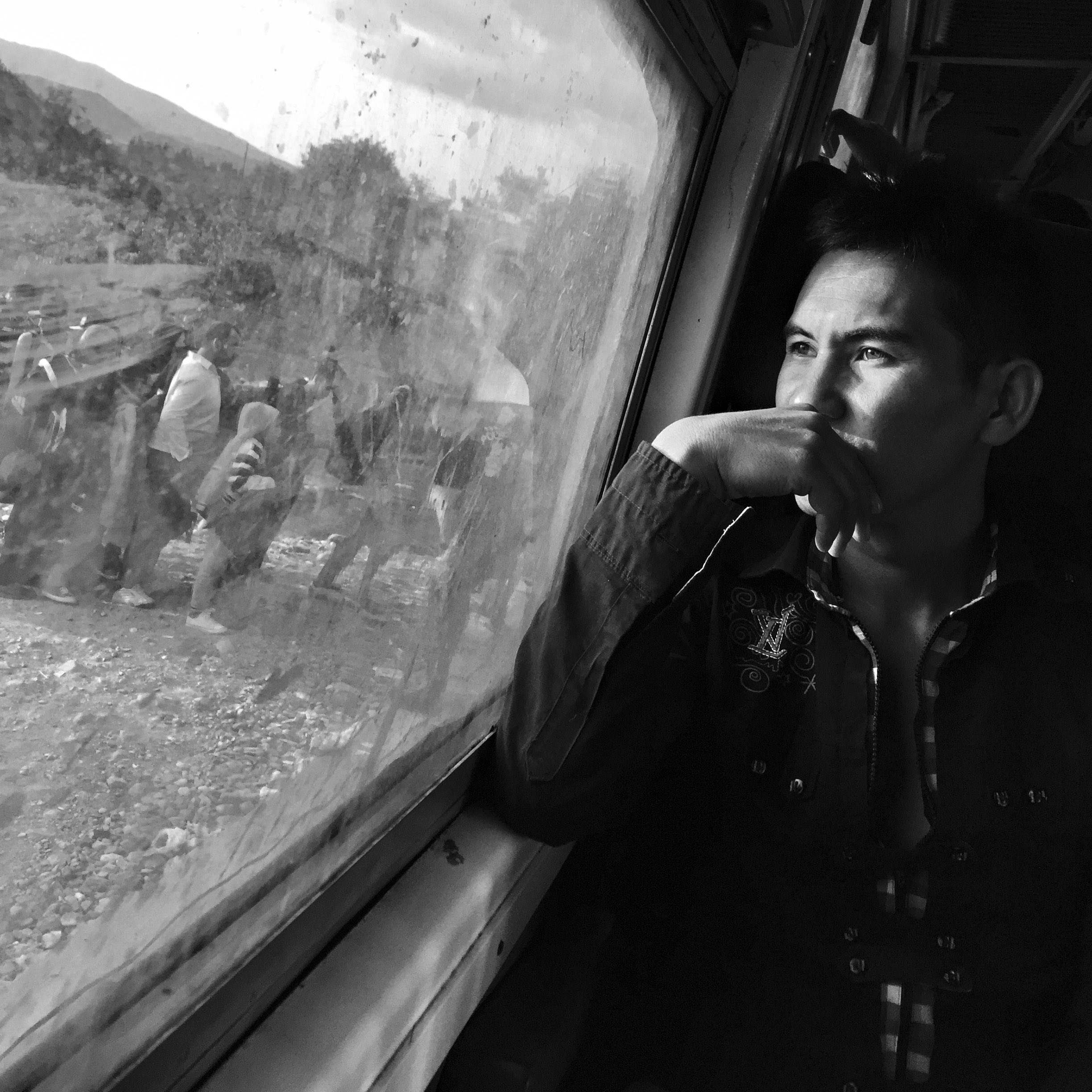 So I started to first search for my identity through photography.

There is a small non-profit community for Afghan refugees who are interested in photography in Mashhad, Iran. I accidentally saw their photo exhibition poster three years ago in an English language institute and I decided to go to the event. That’s where I fell in love with photography. I’ve always wanted to tell untold stories of humankind through photography; issues related to humanity were always the subject of my photography. That’s why I picked up a camera. 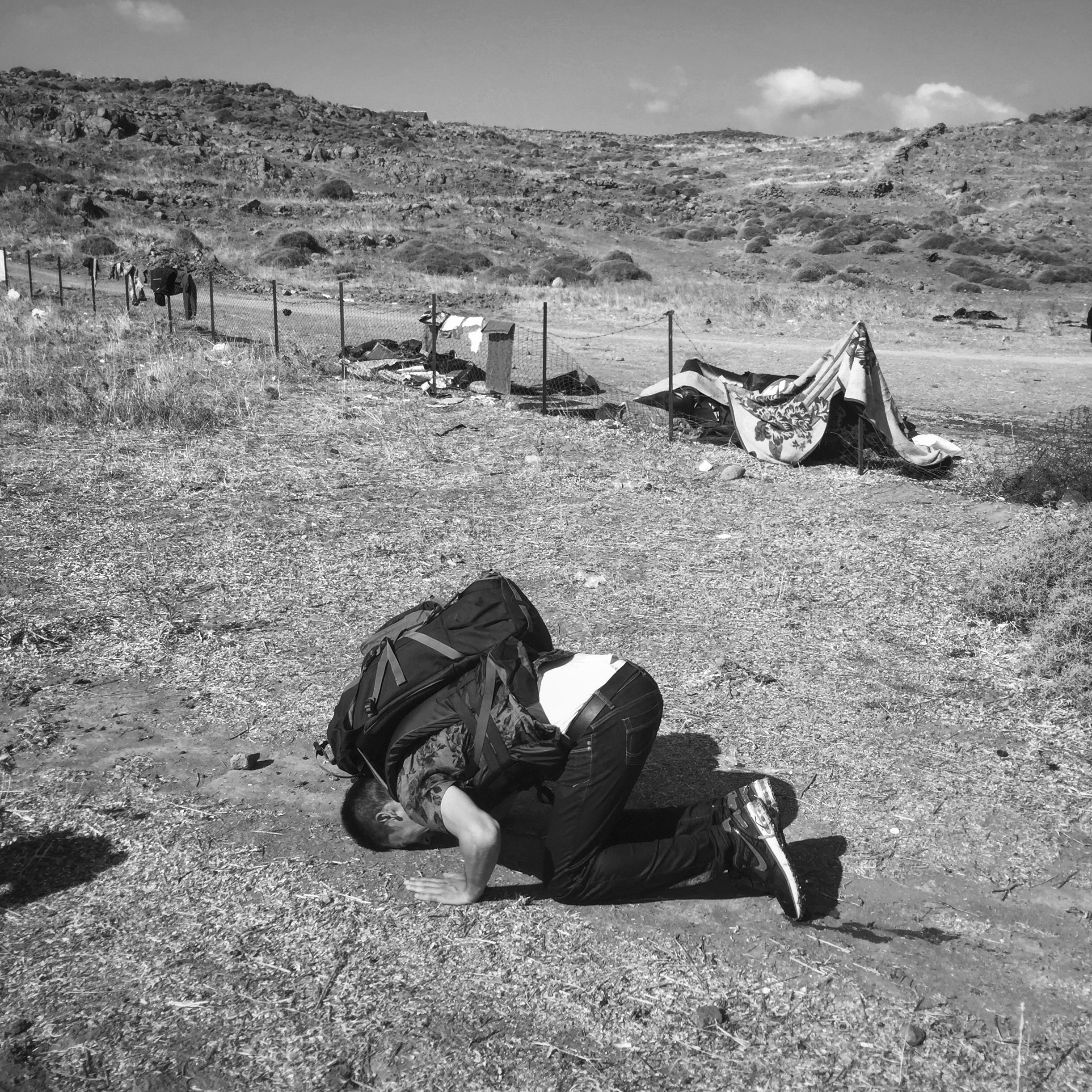 I decided to travel when I saw the terrible situation people were in looking for a new life in the West. I went to document their story and find out the real meaning of life for people who have been living decades in war. I was living in Iran and I started the journey from Mashhad when I heard my Afghan friends – Ahmad ( twenty, a talented animator) Ali and Ahmad (thirty and twenty-seven, both daily paid workers) – had decided to go to Europe via human trafficking.

On this long journey we passed the Iran-Turkey border, after two nights climbing the mountains and seeing people struggle looking for a better life. Then from Turkey to Greece we travelled by a plastic boat; that was a really dangerous part of the journey. 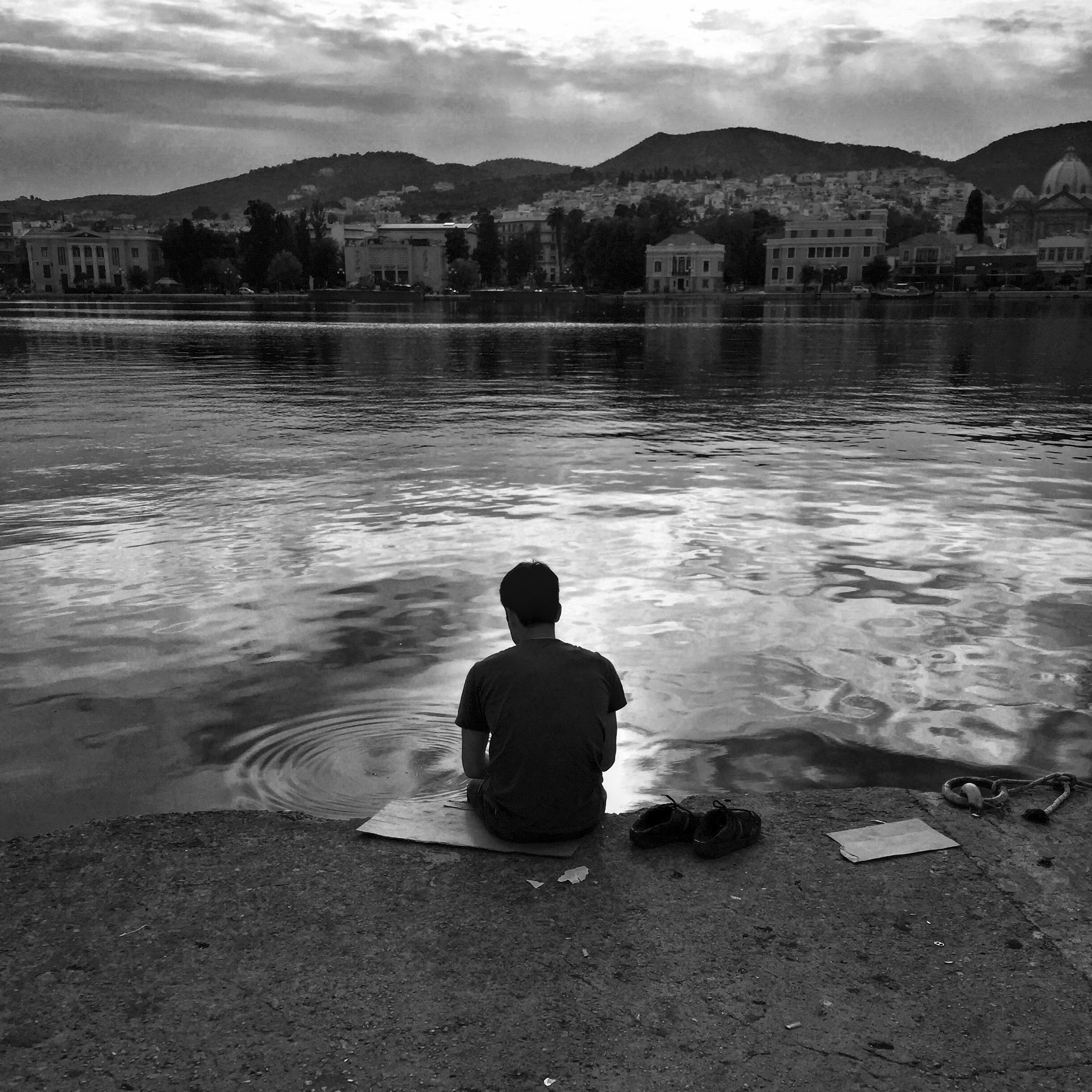 I experienced something unique on this journey. You know, every day we hear news of refugees in headlines; it’s become routine. But you will never feel the moment when a mother sleeps with her two-year-old kid in freezing weather on border mountains at midnight, or when they are wholly embraced by death in the sea. It was life and death, and I asked myself as a refugee, ‘Is the happy ending of this journey worth risking your life?’

All along the journey I was playing two roles. I decided to be first a photographer, and then a refugee. But it was impossible; the situation made me a refugee first, and then a photographer. I didn’t want to document my own journey so I joined a group of refugees to have a wider view of the crisis. 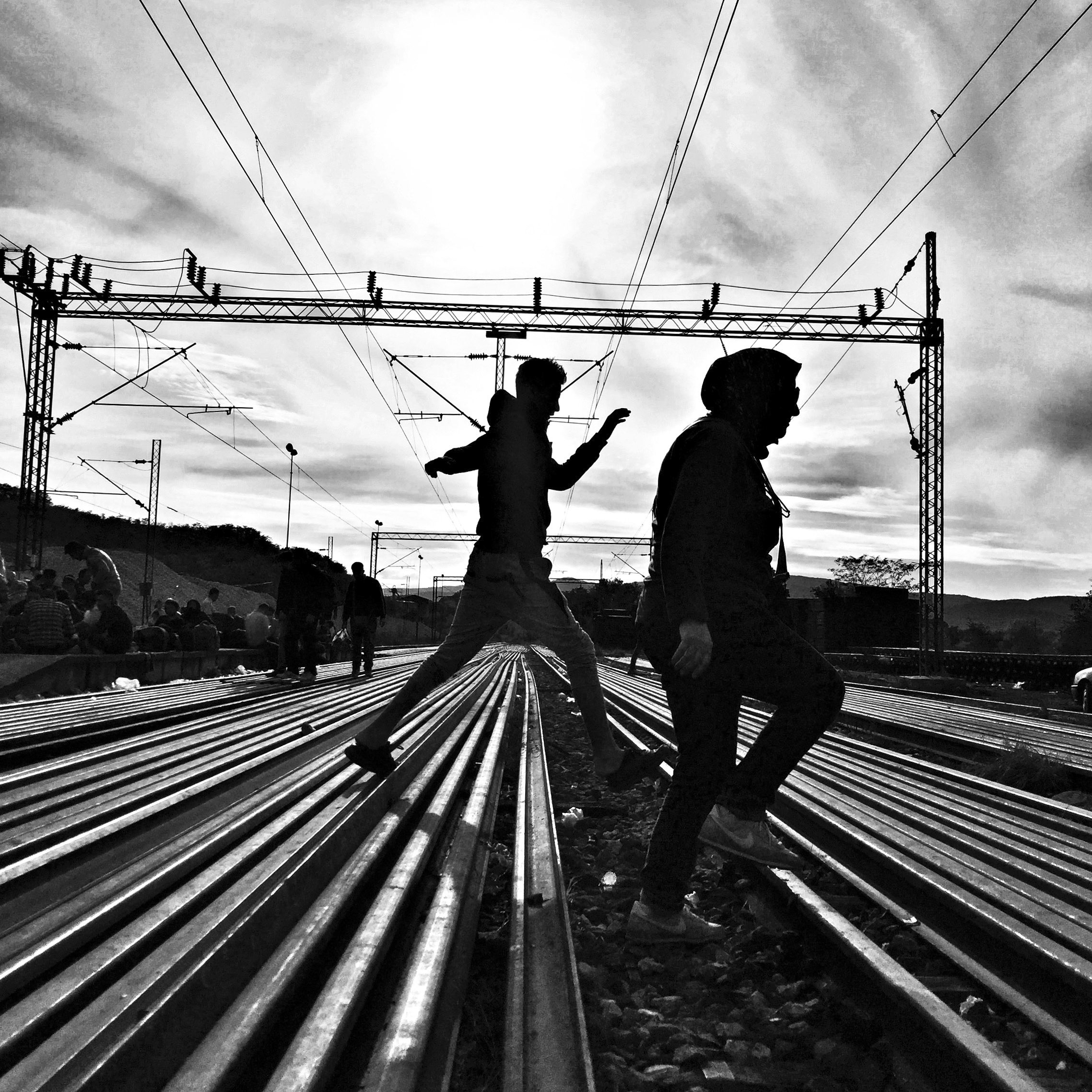 The work that I’ve done was unique just because I accept all the dangers that come with the journey. It was fifty-fifty, to survive or not. I decided to document from the beginning to the destination. I was a member of the refugee community; I was doing as they did and I was feeling as they felt.

But my friends who work for the media, they just stand beside the shore on Lesbos island with their cameras ready to shoot arriving refugees. I really appreciate their work, but if they really want to reflect the crisis and human suffering, why don’t they join them in Syria, Afghanistan or Turkey before passing the vital parts of the journey, the borders and the sea? 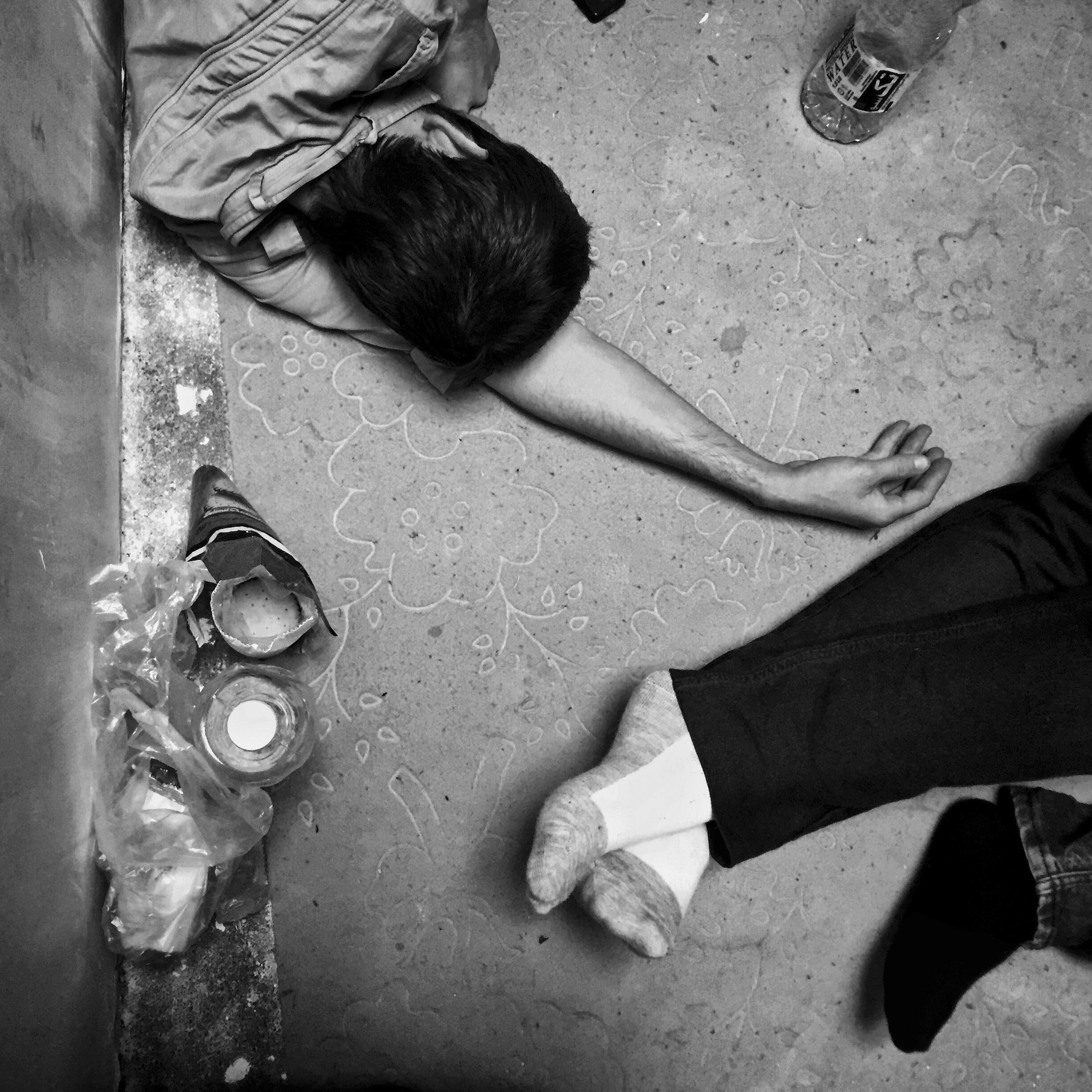 I’m not trying to give a specific message to people. I just document human suffering, struggle and hopes for finding Utopia – where all humans are equal and no borders divide humanity. 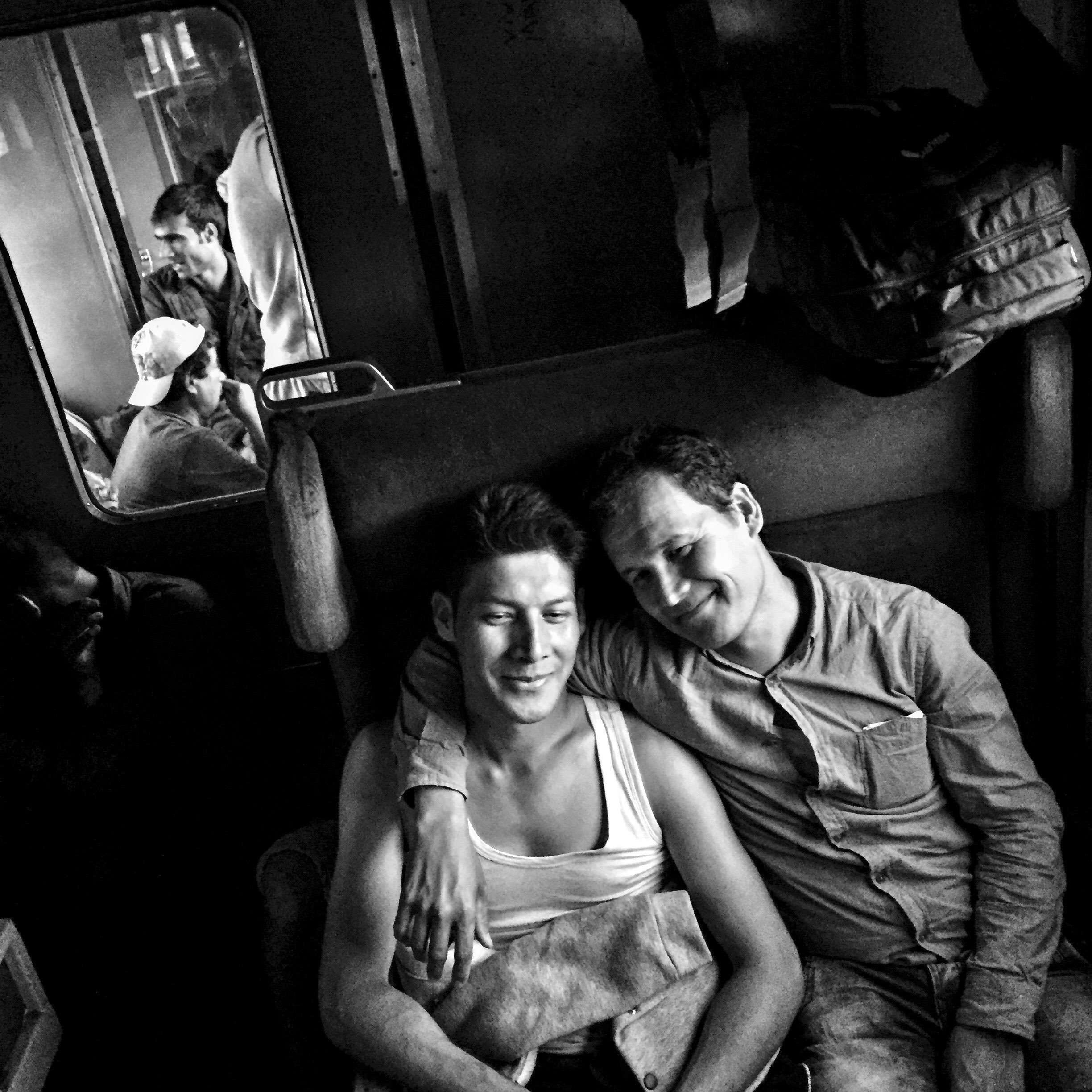 When I passed the Iran-Turkey border I felt like a bird freed from a twenty-four-year-old cage. Although my grandparents immigrated to Iran and chose there as a shelter because of mutual language, culture and religion, the Iranian government have always taken advantage of Afghan refugees. So it was a clear paradox when I faced European volunteers who were helping refugees, giving them food, clothes and medical aid in comparison with people who were the most near to us. There is a misconception I’d like to clear up, though. The people of Iran are peaceful and lovely, but the government does not fulfill their wishes.

When I reached Europe to find a place for living I felt what my grandparents felt decades ago. As an Afghan refugee I deeply felt I have no home for my own, nowhere to be safe, and now at the age of twenty-four I must rebuild my own life and find a place to make a safe home. I’m going to ask for asylum in a peaceful and honorable country, to be able to continue my education and work as a photographer and filmmaker on humanitarian issues – to be a voice for voiceless people. 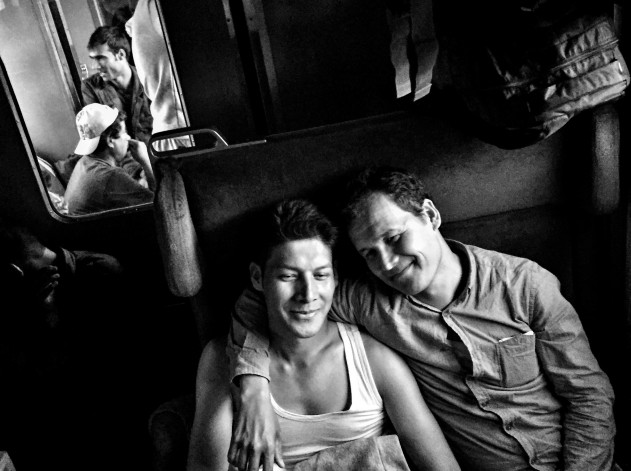 Linkedin
OTHER ARTICLES
After blocking the Scottish government’s gender recognition reform bill, Westminster is now devising further changes to the law to make it harder for trans people to self-identify.
Following the release of his debut single, Deyaz talks battling addiction, dealing with his struggles through music, and building a budding music career from his living room.
Since 2007, Gideon Mendel has made 20 trips to document floods in 13 countries. The result is an alarming record of what has already been lost to the climate emergency.
Filmmaker Laura Poitras discusses her new documentary which traces the remarkable life of the artist-activist and the impact of her battle against the US opioid crisis.
Photographer Becky Tyrell went down to the fading banger and stock raceway to meet a community desperate to keep it alive.
A new film from Berghaus traces the story of Adam Raja, who left behind a turbulent upbringing to discover the healing power of climbing.