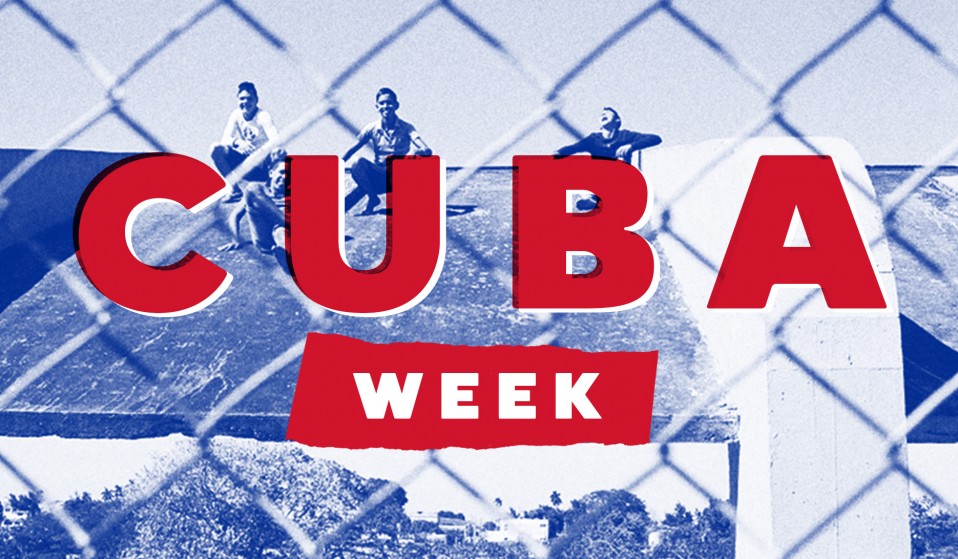 Cebe Loomis goes on an analogue adventure across Cuba.

In Cebe’s hands, the photograph becomes a way to learn how people live in societies around the world and reveal how their socioeconomic context is reflected through their lives. Here Cebe goes on an analogue adventure across Cuba.

Cebe Loomis uses the camera as a tool to explore the world around her as an anthropological photographer.

Her work has taken her to Indonesia and Cambodia, but here Cebe presents a folio from her journey to Cuba where she explored the power of nationalism on the Caribbean isle. We sit down to talk about her love for her art. 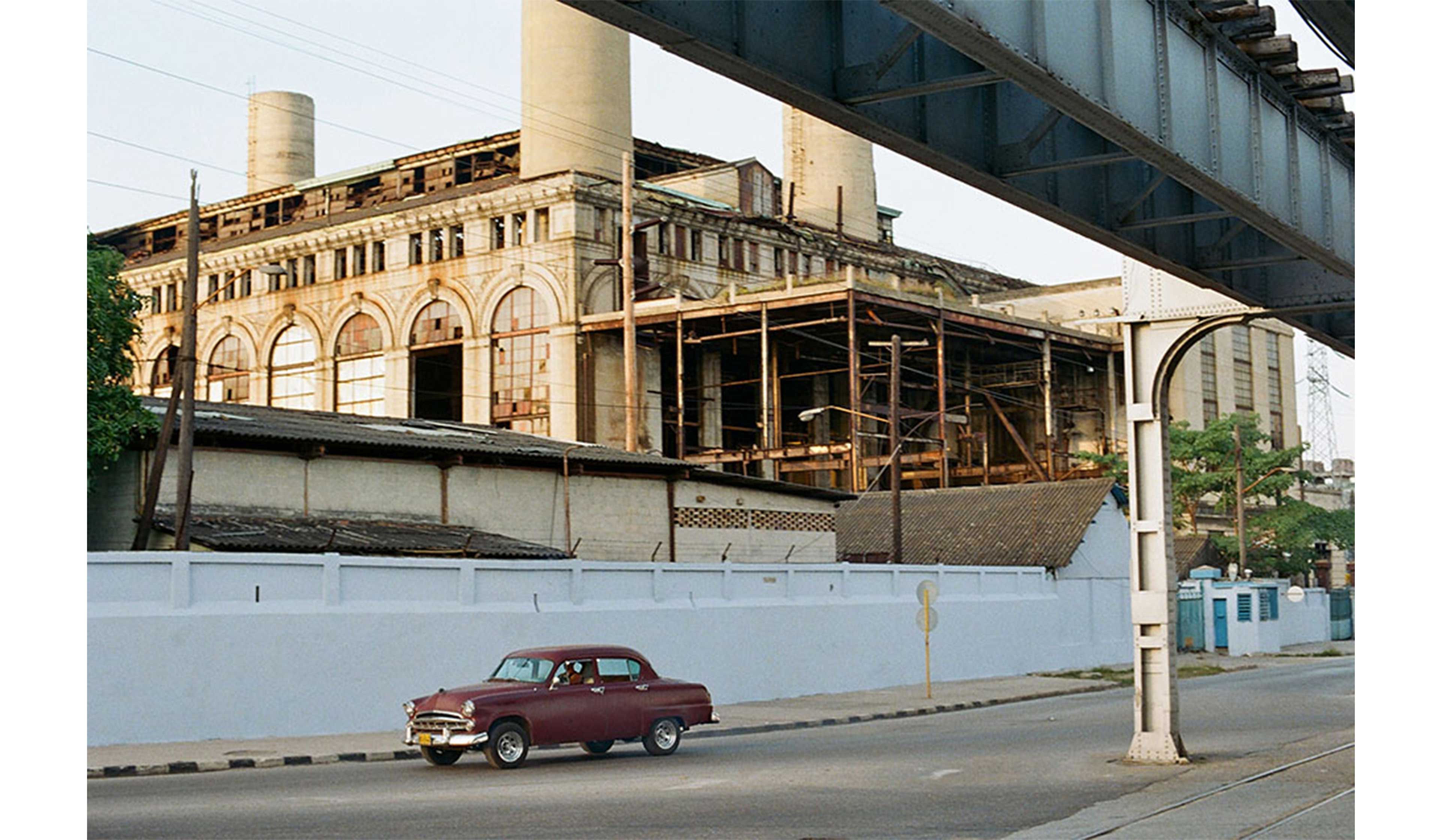 When and why did you start shooting pictures?
As the daughter of a fine-art photographer and non-profit film producer/director, I always found myself between two worlds that I experienced as literally and figuratively married. I like to think that this marriage of fine arts and documentary media helped to inspire my interest in the human condition, the human narrative and eventually, visual anthropology.

I began shooting in high school, taking classic analogue classes, but it wasn’t until my time at Vassar College that I truly became obsessed with photographically documenting the human narrative. I was always most interested in shooting people. It began with my friends at beach bonfires, my brother and his homies skating, road-trips, but eventually I realised that I wanted to expand my horizons and explore the human condition abroad. 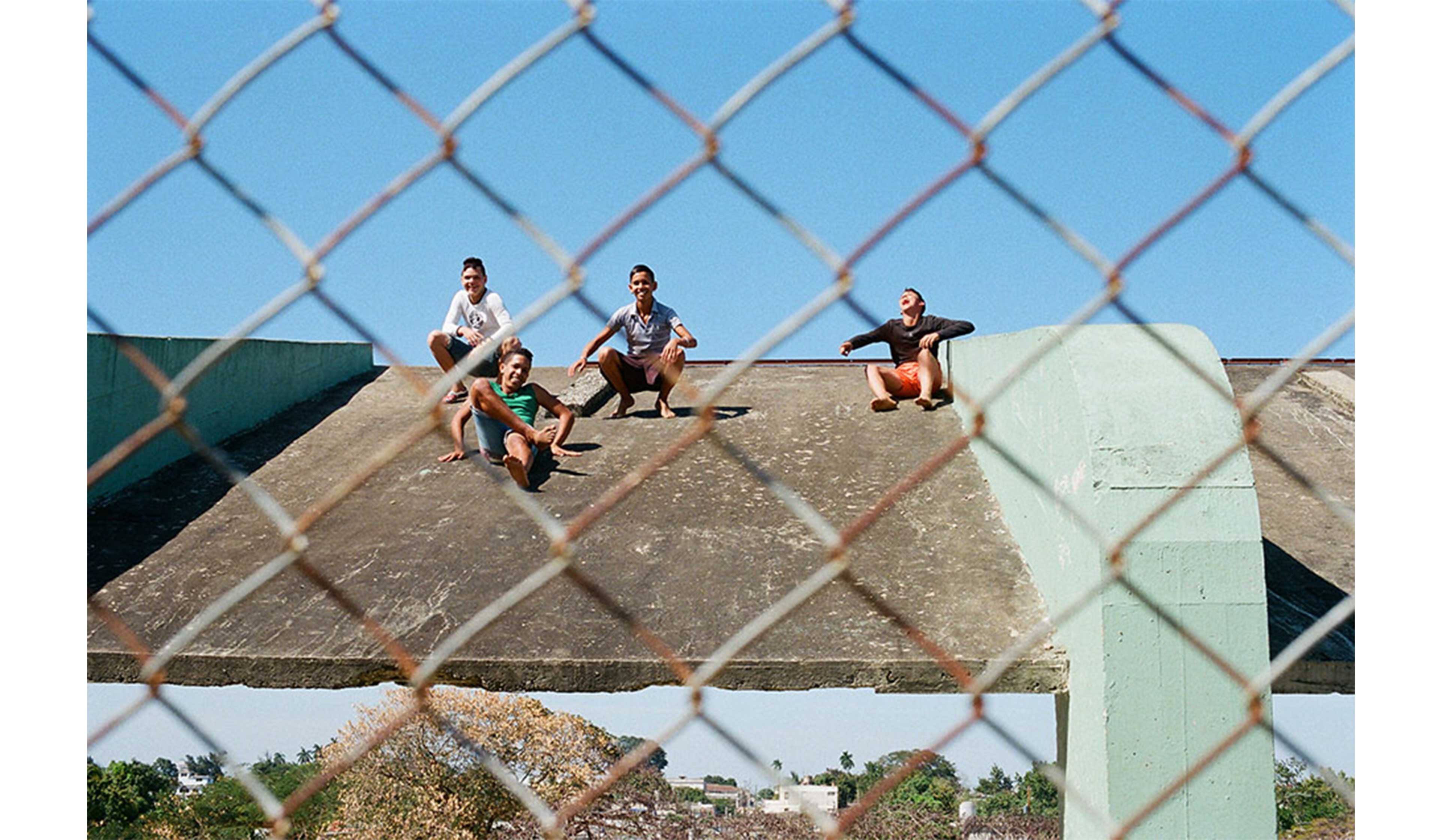 Vassar provided an environment that supported my desire to expand my photographic exploration and with an Anthropology degree underway, I studied abroad in India, Senegal, Argentina and Cuba. As I embarked on these journeys, I began conducting my own ethnographic research with my photography. I decided to produce my first ethnographic photo-essay, in which I profiled Cubans I met on my travels, and investigated the complications of devout nationalism within Cuba’s socioeconomic framework. By the end of my travels, I came to realise that this blend of art and academics was what I wanted to pursue as a career. My first gallery show at Vassar, “Cubanidad: A Notion of Time” became my post-graduation launch pad into the world of visual anthropology. 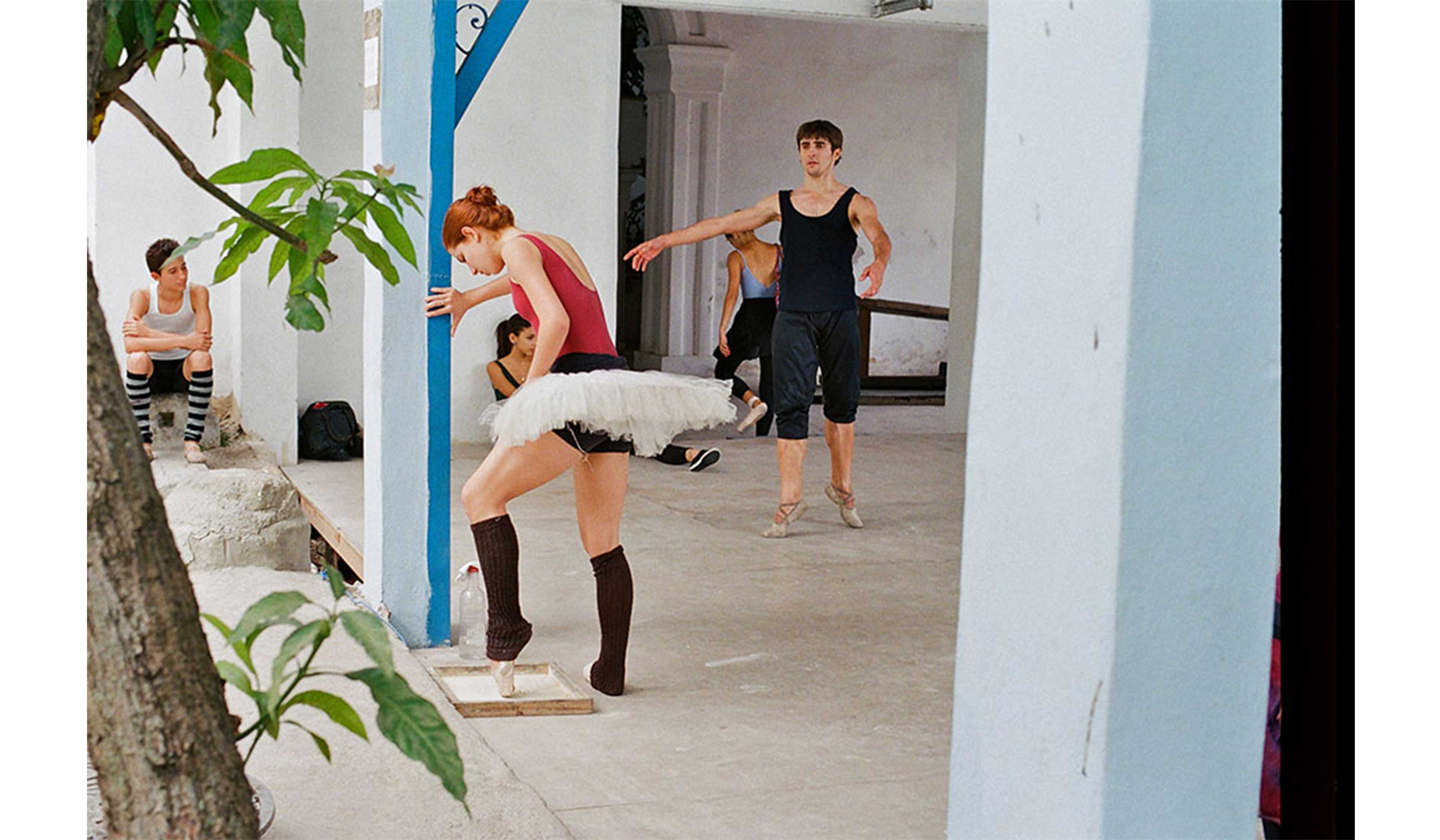 What is it you love about film photography?
I grew up with film. My father is a fine-art photographer and has been shooting film his whole life. He really instilled the artistic values of film in me at a young age. I’ve really never shot anything other than film, and whenever possible I try and convince the people that hire me to fund the use of film for our project.

Film photography is simple to me. That’s what I love about it. I love that you only get a set amount of frames. I love the thought that goes into a single shot. I love the care you take with that shot when you know you can’t rapid-fire shoot. Also, the variety of films you can experiment with always excites me; you never know exactly what you’re going to get depending on brand, format, and year. I’m also a sucker for an emotional image and I believe that analogue photography has a certain amount of poetic justice to it. 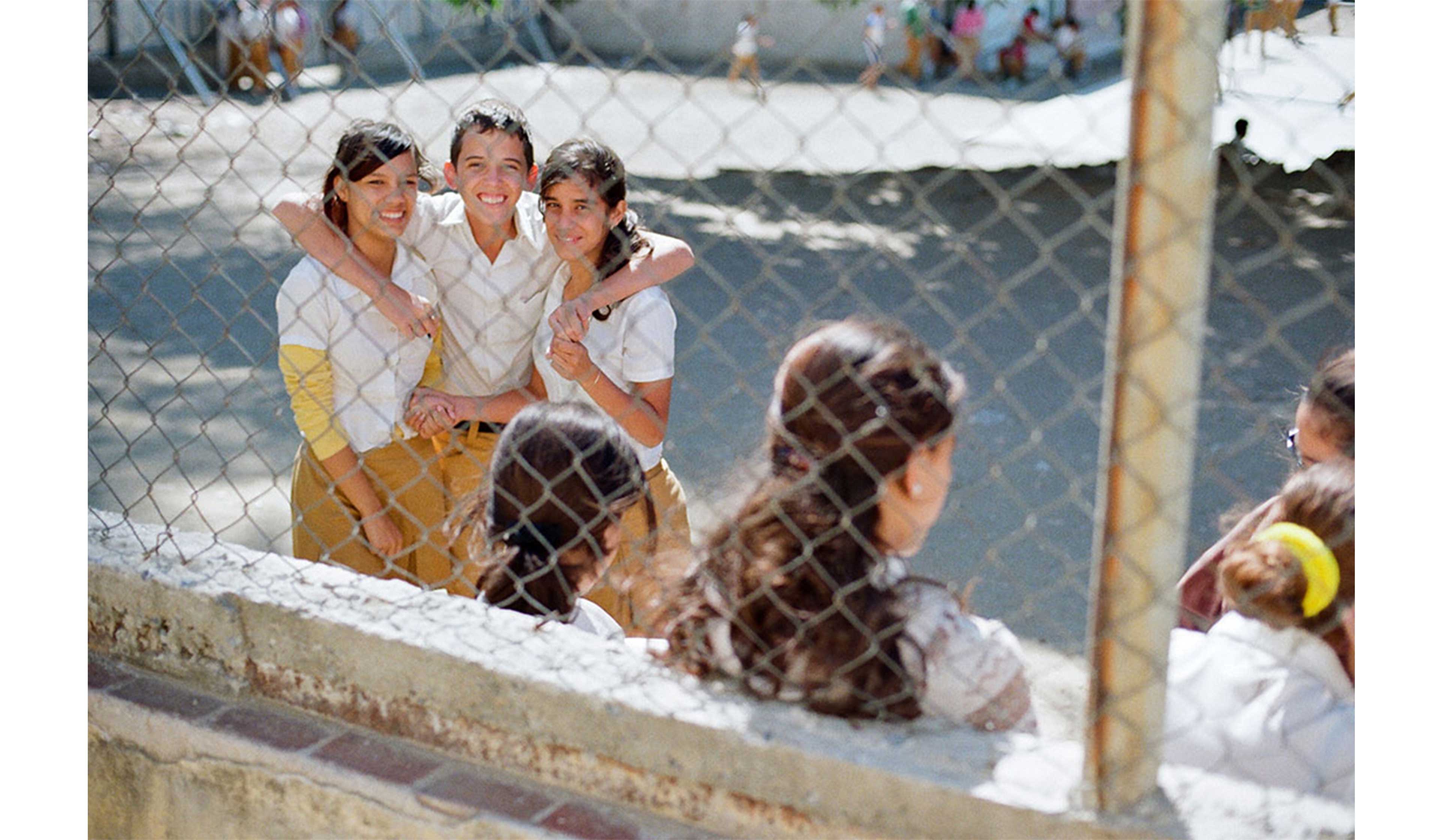 Who or what inspires your work? Any other photographers?
This sounds pretty cheesy, but the world inspires my work. I am constantly taking photos with my mind’s eye wherever I am. The moments this world and the people in it create are what inspire me. I definitely have a list of photographers I look up to and admire, including William Christenberry, Dorthea Lange, Mike Brodie, Henri Cartier Bresson, Steve McCurry (who I’m now working for at Steve McCurry Studios in New York City) and of course, my father, Just Loomis.

What do you do for a living and how does photography fit into your life?
This is what I do for a living, and it’s my whole life. I have dedicated my future to anthropological photography. The question of approach, of gaze, of the existential loss of self and the comfort in the discomfort of never receiving one answer — the substance and conversation that lie beneath the final product — are the reasons I became an anthropological photographer. 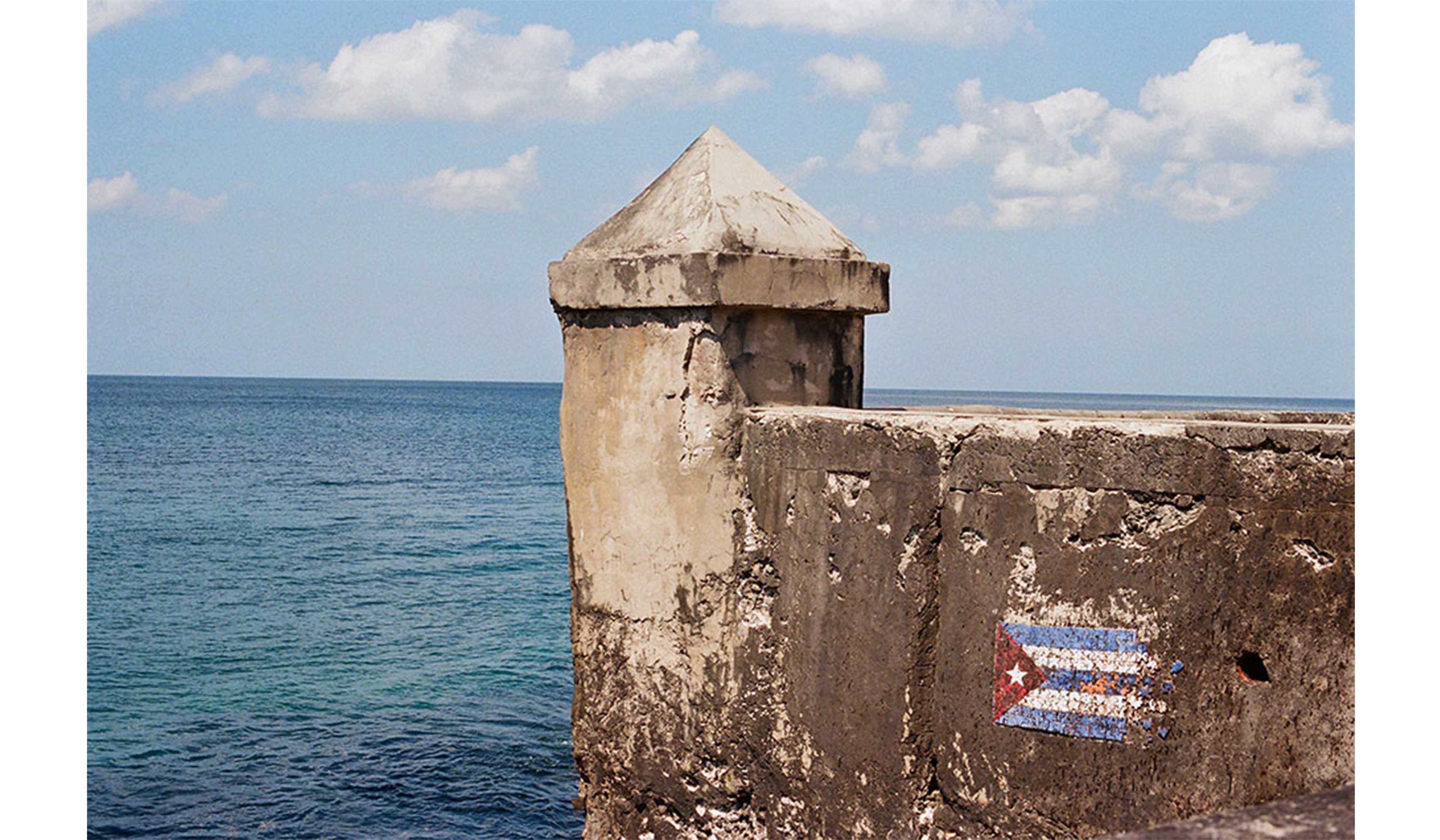 How do you share your work? Zines, books, exhibitions, blog etc? And what’s the editing process like for you? Are you trying to tell stories with your images? What are those stories?
As an anthropological photographer, I specialise in the use of the ethnographic photo essay. This medium has allowed me to explore the nuanced dance between question and critical analysis. This dance is essential in producing research that is not only in-depth and stimulating but also, respectful. My work has been primarily shared within the academic and documentary world.

In the past year I have travelled to Indonesia as a still photographer on set of a documentary for Elemental Productions (an ethnographic filmmaking studio based out of Los Angeles and founded by UCLA Anthropology Professor, Robert Lemelson), and most recently my photography took me to Cambodia where I was creating the visual aspect of UCLA Sociology Professor, Patrick Heuveline’s research on “Family and the Home”.

In tandem with the academic and documentary platforms, I hope to exhibit, as well as publish a book, or series of books. I also love blogging my day-to-day shots, as well as using Instagram as a quasi-photo journal. 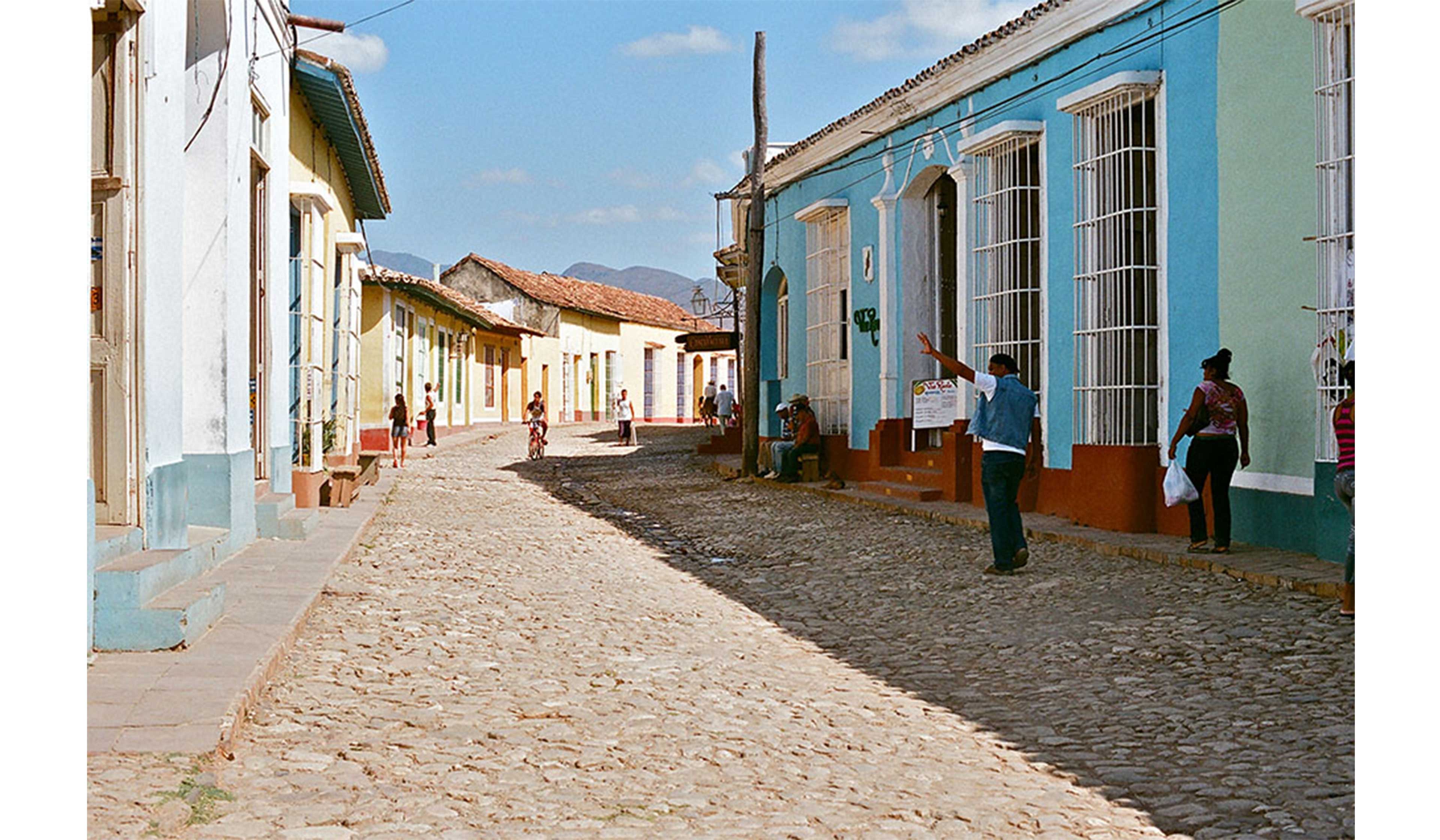 Are your photos staged/posed or documentary? Can you describe why you choose to shoot in this way?
My images are primarily caught in action, documenting the moment, and are rarely staged. The most I might ask a subject to change, would be moving their head into the light or reassuming a position they just moved from. As an anthropological photographer, I value the candid.

Although it is extremely difficult to achieve a truly candid photograph, unless the subject is unaware you are shooting them, I do believe that it is possible to capture a variation of a shot that represents the candid moment witnessed just moments before pulling out a camera. 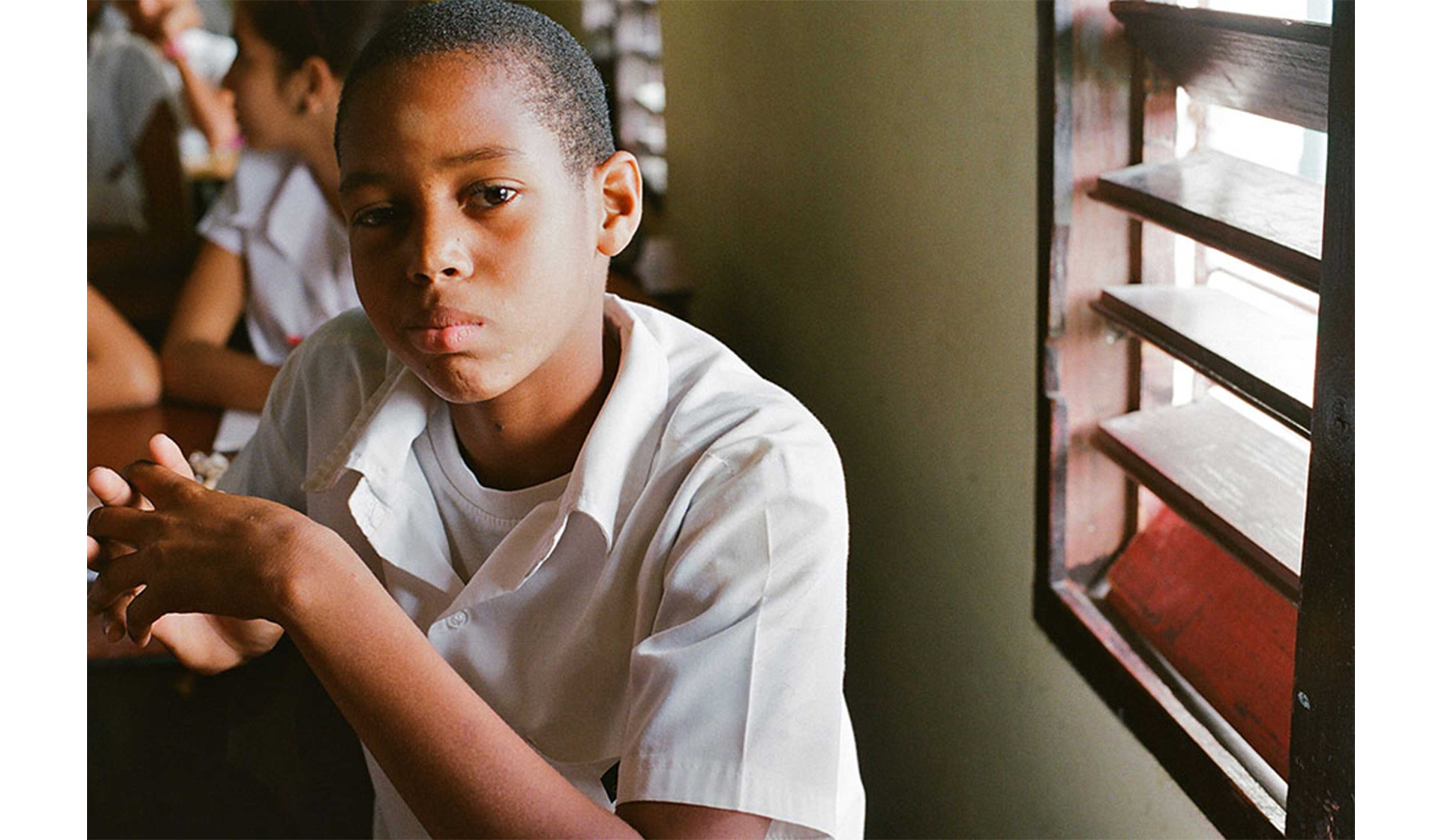 If you had to take one photo that summed up your view on life, what would it capture?
A portrait, but it could be of anyone, anywhere in the world. Just an image of a person, living and existing in this nutty world.

Linkedin
RELATED ARTICLES
OTHER ARTICLES
A group of Ukrainians living in Poland are helping Ukraine withstand Russia’s brutal invasion by buying supplies and shipping them directly to the war’s frontlines.
To mark the anniversary of the mass trespass of Kinder Scout, a group of hikers came together with the intent of creating a new, fully inclusive culture for rural spaces.
The government’s failure to take long Covid seriously has led to the formation of a group campaigning for the thousands of forgotten victims of the illness.
The answer to improving the well-being of Palestinians rests not with individualised solutions from the Global North, but with ending settler colonialism.
The situation in Afghanistan remains dire, with many groups facing persecution at the hands of the Taliban.
Members of the collective share some of their reasons to run as part of #UnitedBySummits, a campaign that looks to uncover transformative power of the outdoors.