Issue Archive / Intimate portraits that capture London at its most diverse

In a landscape lacking diversity, filmmaker and photographer Nadira Amrani is kickstarting her own movement: one that rejects outdated forms of representation.

In a landscape lacking diversity, filmmaker and photographer Nadira Amrani is kickstarting her own movement: one that rejects outdated forms of representation and pushes for more opportunities among people of colour.

I have always been fascinated by faces. As someone who tells stories through film and photography for a living, I often wonder how much of our expressions is linked to our past, our character, the way society views us and the way we want to be viewed.

Years ago, I found myself drawn to the work of Marc Garanger’s project Women Unveiled: a photography series of Berber women during the Algerian War in the 1960s.

The portraits seemed so magical when I first saw them. I’m British-Algerian and it felt like looking into the faces of my ancestors: you could see the pain of war in their expressions.

But when I learned that these women were forced to have their portraits taken for identity cards issued by the French army, I felt awful for even liking the series.

I remember my dad telling me that some of these women believed that when you took their photograph, you stole part of their soul. Looking back, it was an early lesson in understanding just how important identity is in portraiture.

I think growing up Muslim and being mixed race has definitely influenced my work. A big part of my process is not just learning more about who I am, but also bridging gaps and learning about other cultures – rejecting a lot of traditional white, male gaze tropes in the process. 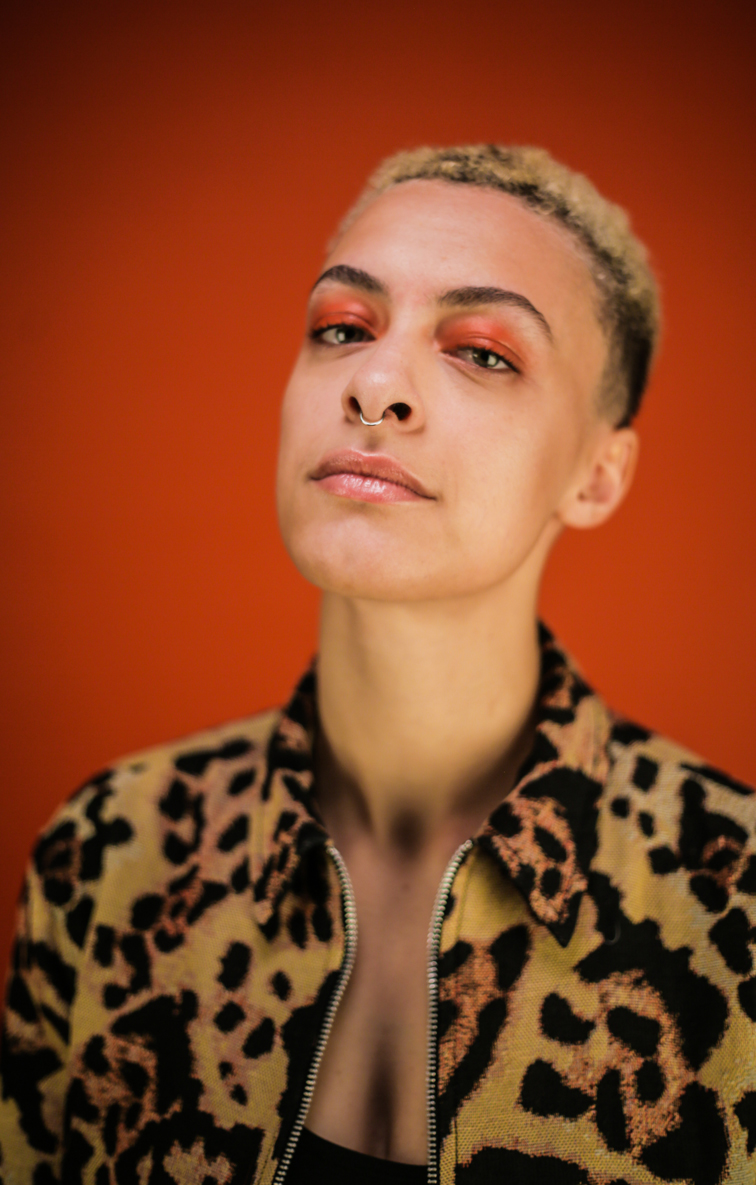 My path into photography took root on family trips back to Algeria in the summertime. Taking pictures of the landscape, documenting just how quickly my cousins were growing up, I became known as the “family photographer” using a then state-of-the-art 40x zoom Kodak camera.

I was eight years old, so some of the photographs I took were pretty awful. But others I can look back on and think, ‘Well… maybe there’s something there.’

At 14, I discovered film photography. We had a pretty big art department at school and they’d put on classes called “art moonlight”, which was essentially a student-teacher keeping the department open until 8pm on a Thursday. I’d buy some sweets from the corner shop and just get lost in my own world. 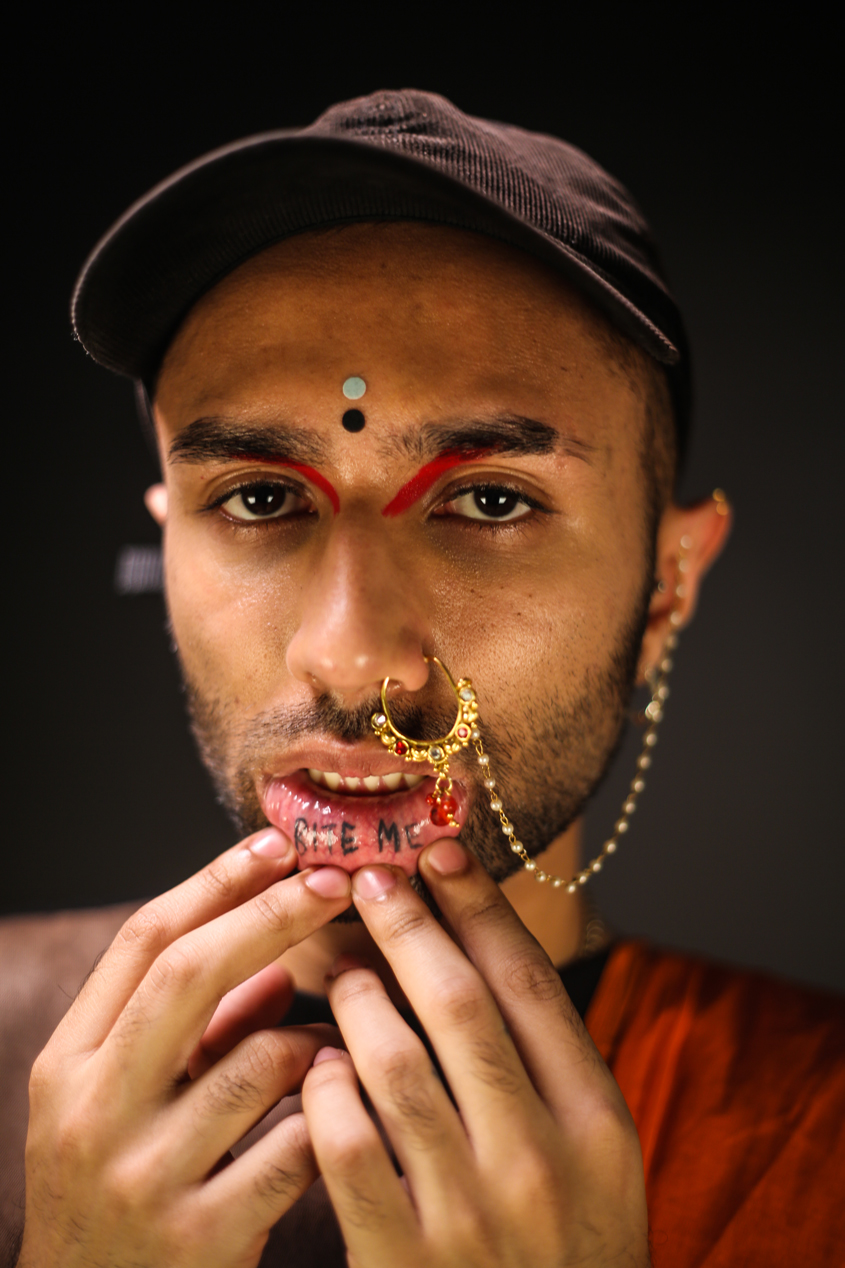 I had no idea what I was doing and thought that dark rooms smelled weird, but as soon as I started understanding the process of developing an image… I was kinda hooked. Even now, the smell of the darkroom takes me right back to 2009.

I don’t develop my own images on film any more but I think that experimental process was an important turning point for me. I started buying up old cameras at car-boot sales, even if they didn’t work, and eventually settled on a Canon 5D III that I bought second-hand from a Bangladeshi wedding photographer. Once I got a 50mm lens for it, I started taking portraits every weekend, learning through trial and error.

I was always interested in the actual physics behind the lens, but it was only once I bothered reading about photographic history that I began to understand its power. A big part of the way I work today is to do with relationships. I have never been interested in street photography or the idea of taking pictures of random strangers. It just feels rude to me. 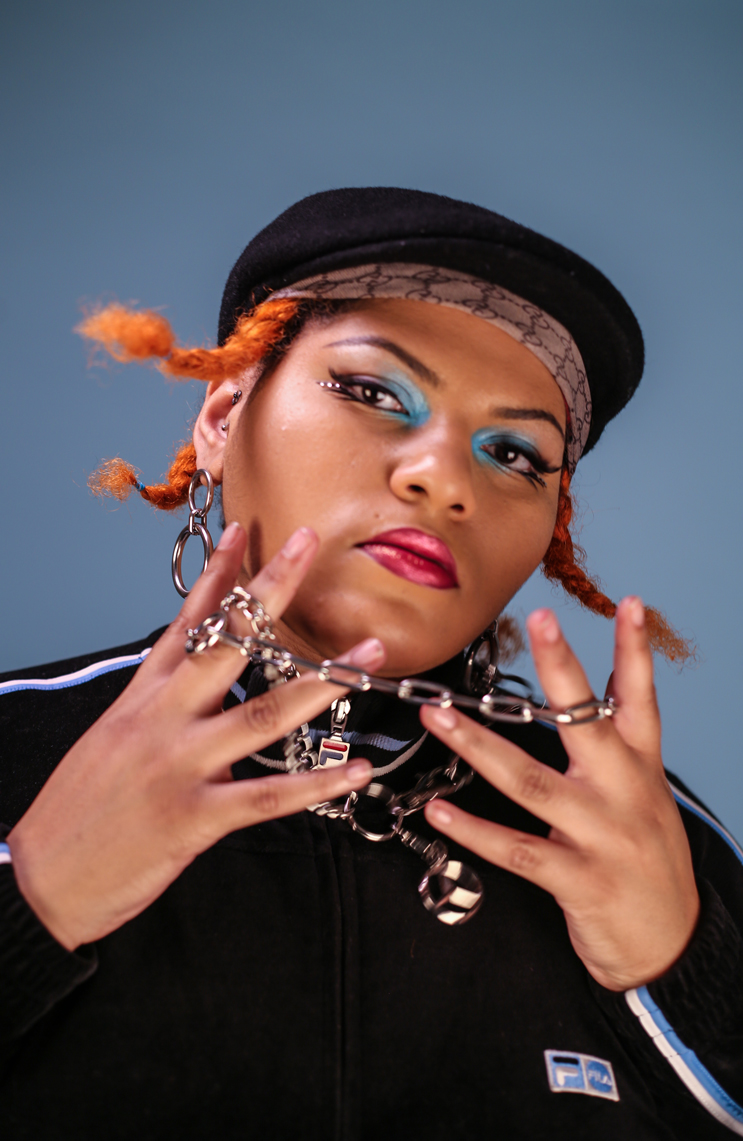 Capturing someone’s image is personal; it’s a privileged exchange – not something you do to someone or something you own. I am only interested in that exchange if it’s genuine, which is why I put a lot of time into the process now and don’t just have my camera out constantly. There has to be a sense of equality and mutual respect there first.

The photography series you see here was commissioned by Pxssy Palace, an incredible club night in East London with a zero-tolerance policy on harassment. It’s been pretty revolutionary in terms of creating a safer space for queer people of colour – something we definitely need more of. 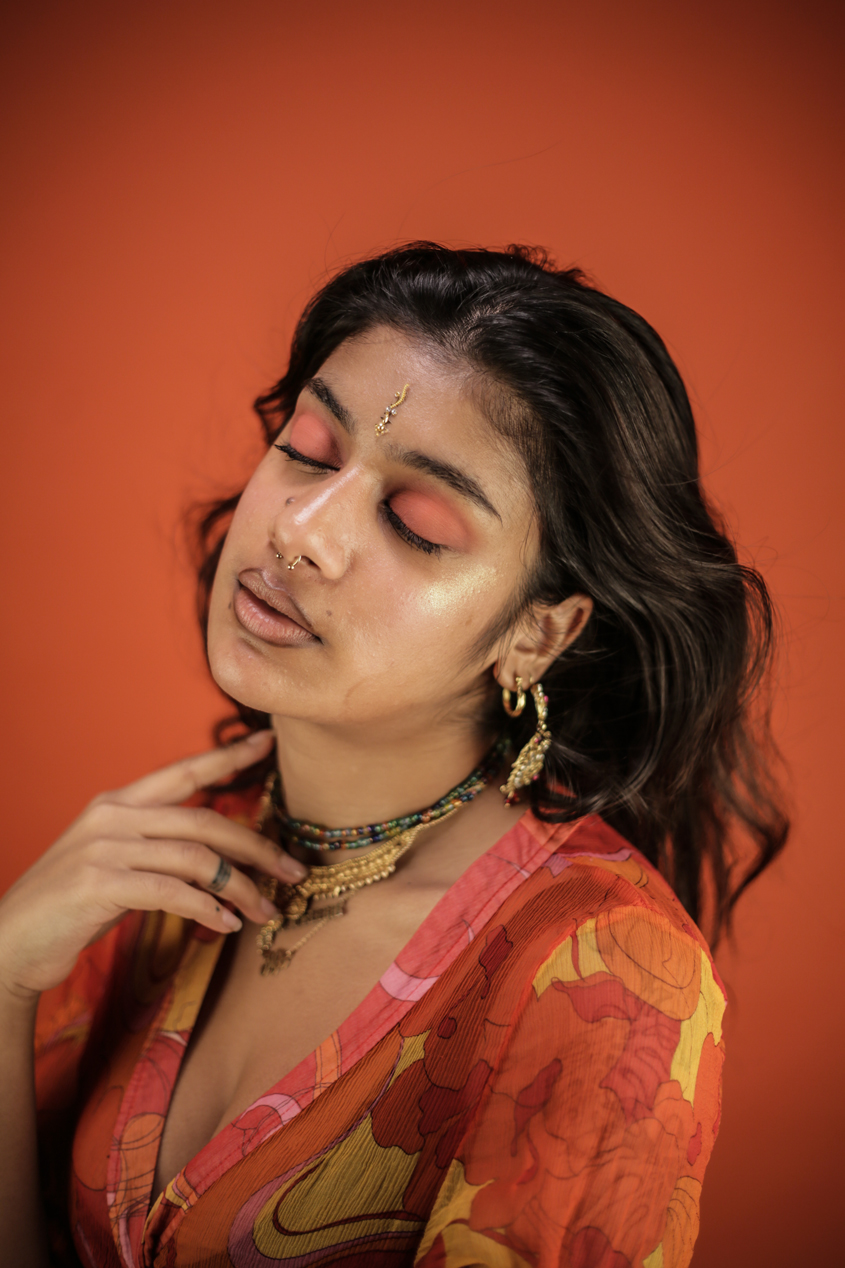 The theme was “rep your culture”, encouraging people to express themselves however they want – as long as it didn’t involve appropriation. The queue outside made for an amazing ensemble – you could see old Moroccan wedding dresses, Senegalese suits, Japanese kimonos – with everything from plastic gloves to thigh-high boots. No stylists were involved. It’s just a genuine reflection of diversity in race, gender and creativity.

Sadly, that’s not something you see a lot of in my field. Looking at the number of people of colour working for major production companies, it’s clear that diversity continues to be an issue in film directing. It’s why I’ve started a collective called POC: a movement to get more work by directors of colour seen and supported.

We had our first international event in Toronto recently and hope to expand further. In the meantime I’ve signed on as a director at Blink, a production company in London, so hopefully people will start to see more of my work. POC has been only two years in the making, but the future is starting to look brighter. 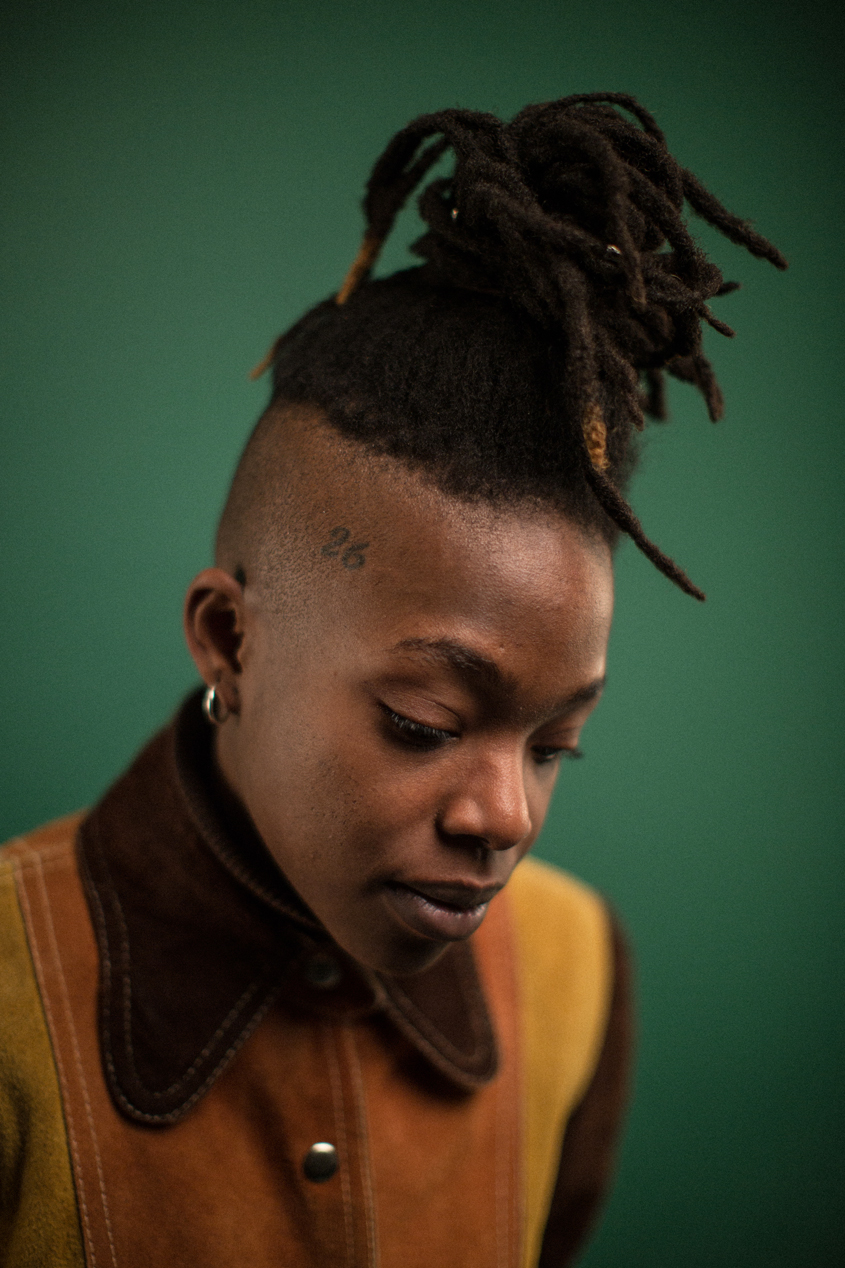 Linkedin
RELATED ARTICLES
OTHER ARTICLES
From the Yakuza to a biker gang, Bruce Gilden recounts capturing Tokyo and Osaka in the ‘90s.
A group of Ukrainians living in Poland are helping Ukraine withstand Russia’s brutal invasion by buying supplies and shipping them directly to the war’s frontlines.
Following the release of his latest album God Don’t Make Mistakes, the rapper talks horror villains, police brutality and being unafraid to show his vulnerable side.
After news broke last week around an expected reversal of the 1973 landmark law that made abortion legal in the US, protestors gathered in the UK in support of American women.
Our new magazine is here, starring the inimitable Mitski. Order your copy now and join us on a trip around the world.
The revered showbiz chronicler recalls his journalistic beginnings, documenting subcultural scraps in the ’80s.