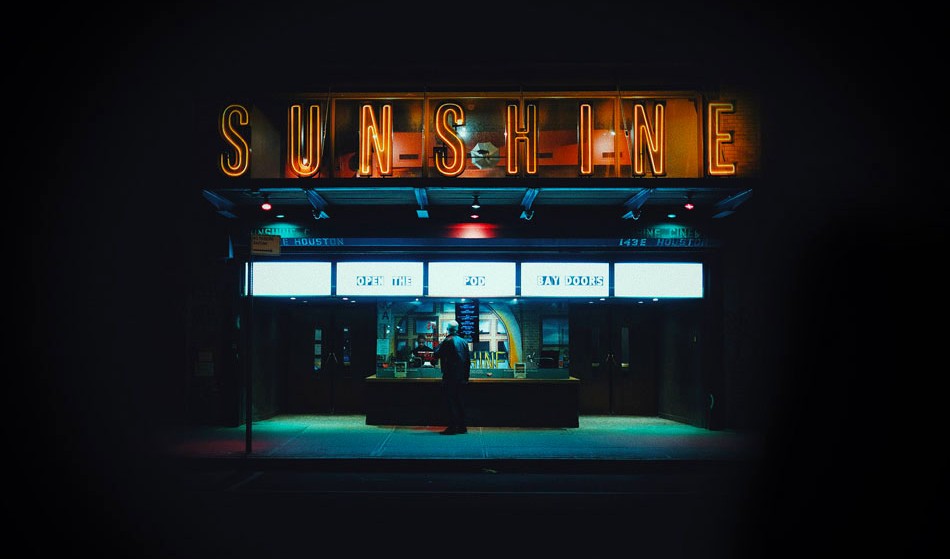 Photographer Daniel Soares has crafted an ode to the city that never sleeps: a series of late-night snapshots that distil its unmistakable energy.

Photographer Daniel Soares has crafted an ode to the city that never sleeps: a series of late-night snapshots that distil its unmistakable energy.

Daniel Soares headed out to Manhattan’s Chinatown one night and just started shooting aimlessly, not knowing where it would lead.

But over the course of many late night walks through New York’s quietest side-streets, the filmmaker and photographer found himself drawn to the similar scenes of stillness: moments where the madness would settle down and the city seemed to breathe again. 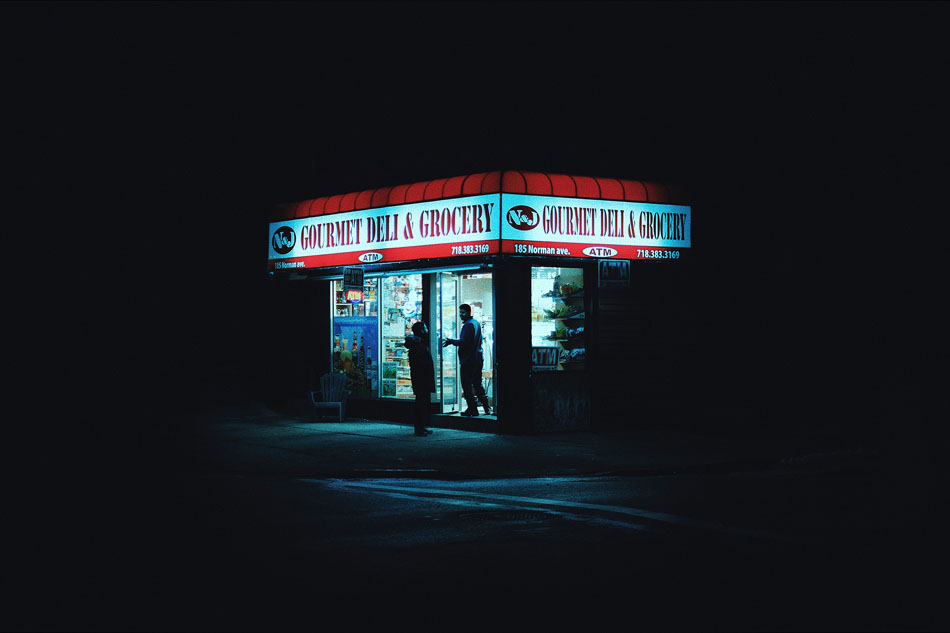 “I love New York – it has so much energy – but sometimes that same energy can be overwhelming,” says Daniel, who’s Portuguese but born and raised in Germany.

“Walking around at night is so special because it tunes out a little bit of its grittiness; you hear less honking and people screaming.”

Daniel likes to drift as far as Brooklyn and Queens, sometimes for just an hour, sometimes until the sun comes up.

What interests him mosts are the solitary figures heading out for a pack of cigarettes or going to the movies alone. The photographer likes to imagine backstories for them – a hobby that lets him reset mentally. 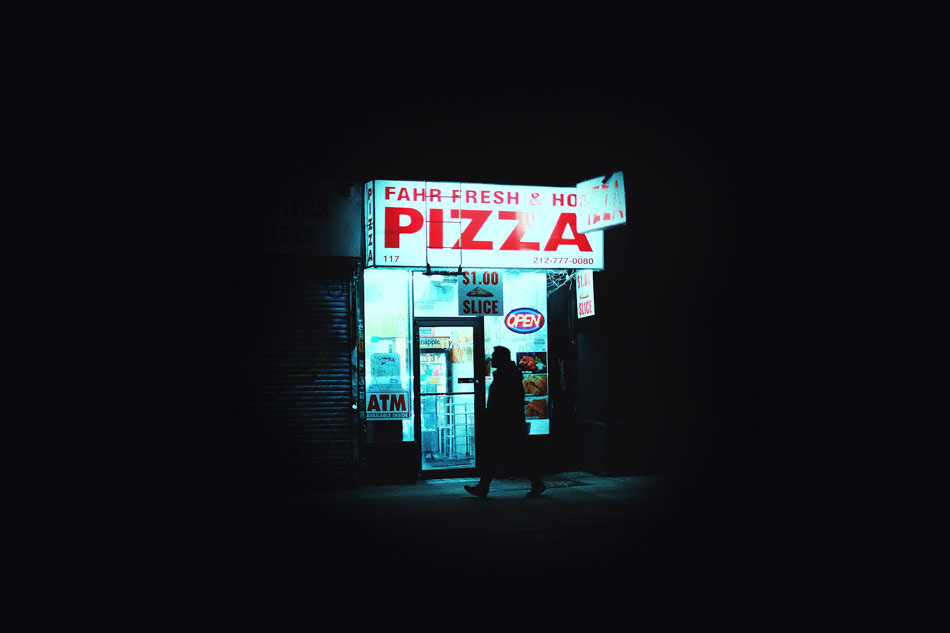 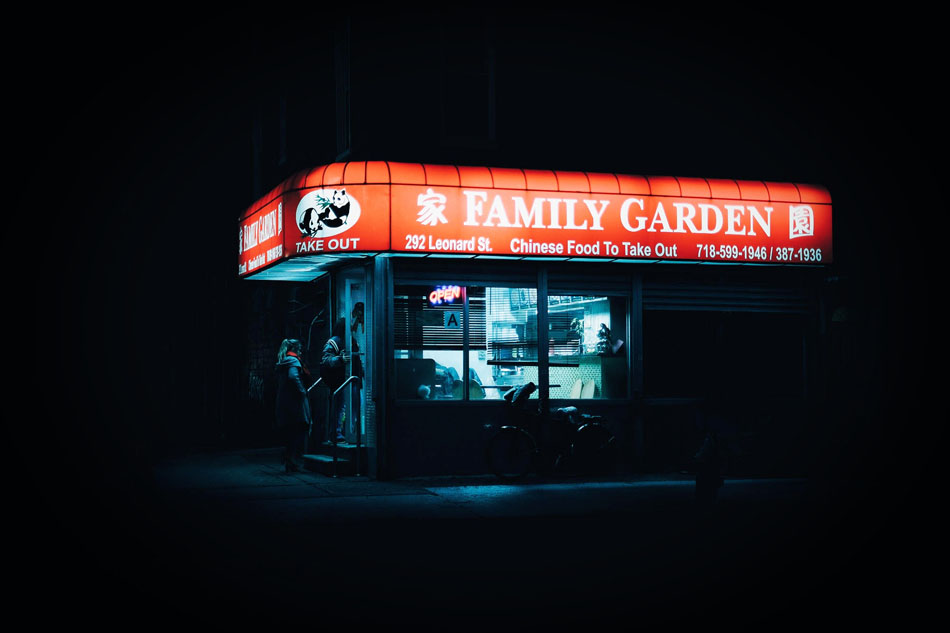 “I really try to give myself idle time where I just wander off exploring new things, travelling, experimenting with different techniques; where I try to shut off from all the stress of the day-to-day,” he says. “Those are the moments when interesting stuff happens from a creative point of view: when you let go.”

New York is the perfect place to do that, he says, since you can point a camera at people and no one will care. 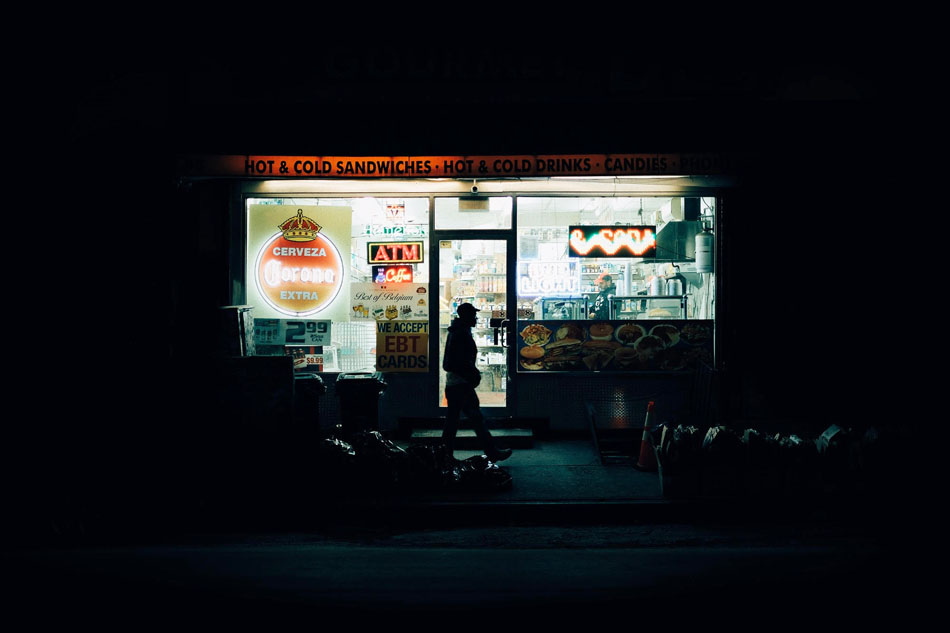 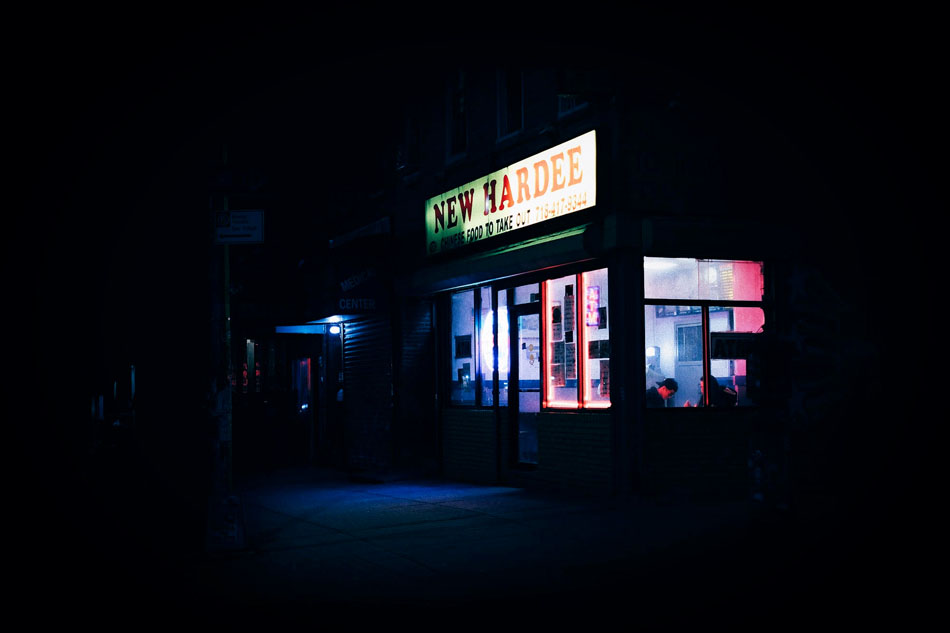 But when Daniel tried extending the project (titled Neon Nights) to Virginia one night, shooting a bodega, it drew immediate suspicion.

“The owner came out, wanted to pick a fight and call the cops,” he says. “I explained to him that this was an art project and, after a little while, he understood… I guess. But I still felt a little bit like a creep.”

Daniel started out in photography by taking regular holidays snaps but, as he got more into graphic design, he began thinking about visual expression differently.

He gradually trained his eye, developing a signature style (and a sense of patience) before becoming a freelance art director who can balance filmmaking and photography. 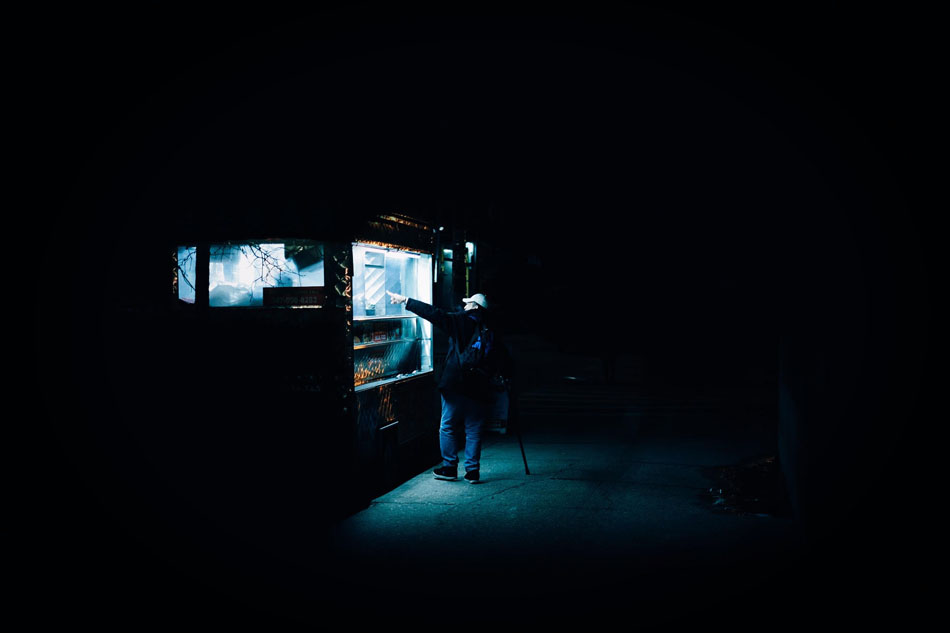 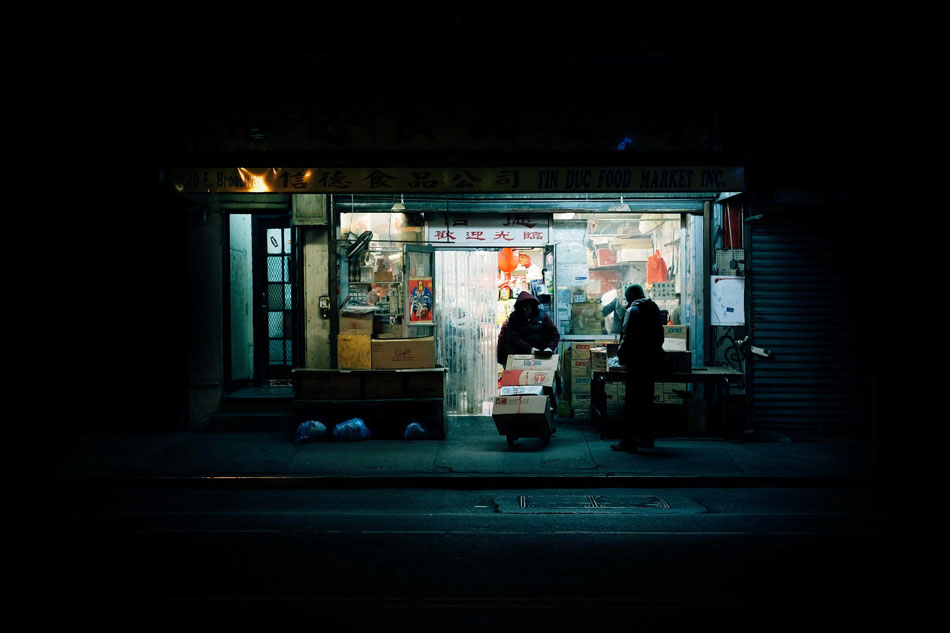 “You must do it for the pleasure of it,” he says. “A lot of times we start something for the end result: recognition, fame. That should never be what makes you take it up in the first place. You have to cherish the process, with all its ups and downs.”

The key to doing that, he says, is learning to enjoy your own company: to be comfortable in any situation – especially boredom – while discovering your strengths and weaknesses. 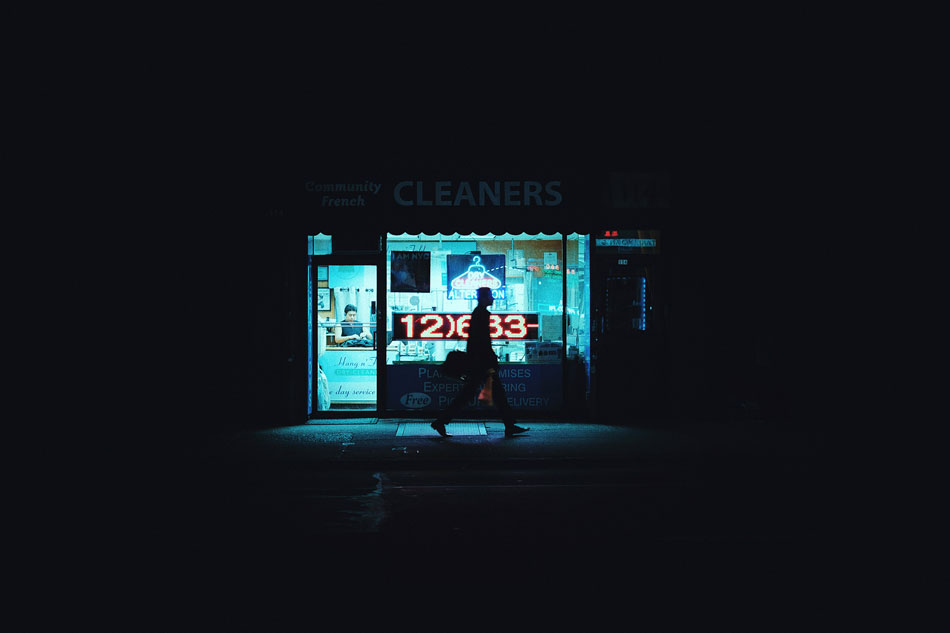 “What are the movies, pictures, stories that only you can tell?” he says. “It has to be the type of work that, if you didn’t exist, the world would never see. That’s what I aim for, rather than success.”

Linkedin
RELATED ARTICLES
OTHER ARTICLES
In the latest instalment of Photographers in Conversation, the chronicler of raves, protests and beyond explains why he’s drawn to such specifically visceral environments.
Whether it's partygate, the climate crisis or the spiralling cost of living, the fightback begins on the picket lines writes Tommy Vickerstaff
Photographer Arthur Grace recalls travelling through the Soviet Bloc and finding ways to evade the surveillance of his work.
With inflation now at a 40-year-high of 9 per cent, demonstrations organised by TUC took place to demand action from the government.
Thomas Hoepker‘s images taken during a road trip across America provide a searing social commentary about a divided country.
In the wake of the decision by the supreme court to overturn Roe v Wade, thousands of protestors filled the streets to express their rage and anguish.