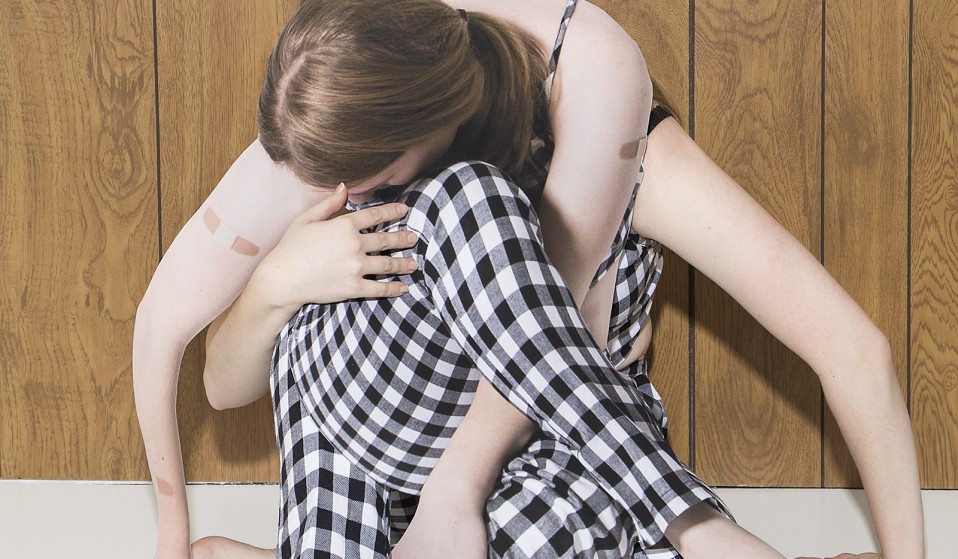 As photography evolves, a new generation is coming of age, pushing the formal and conceptual properties of the medium beyond their existing boundaries.

With these advancements, fresh perspectives about how to represent not only the self but also the very nature of the queer experience have come to the fore in the exhibition Daybreak: New Affirmations in Queer Photography now on view at the Leslie-Lohman Museum of Gay and Lesbian Art, New York, through September 2, 2018.

The genesis for the exhibition began in 2016, when curators Matthew Jensen and Ka-Man Tse witnessed an explosion of young artists in schools around New York City, whose range of styles and techniques were as diverse and expansive as the LGBQTI lives themselves. 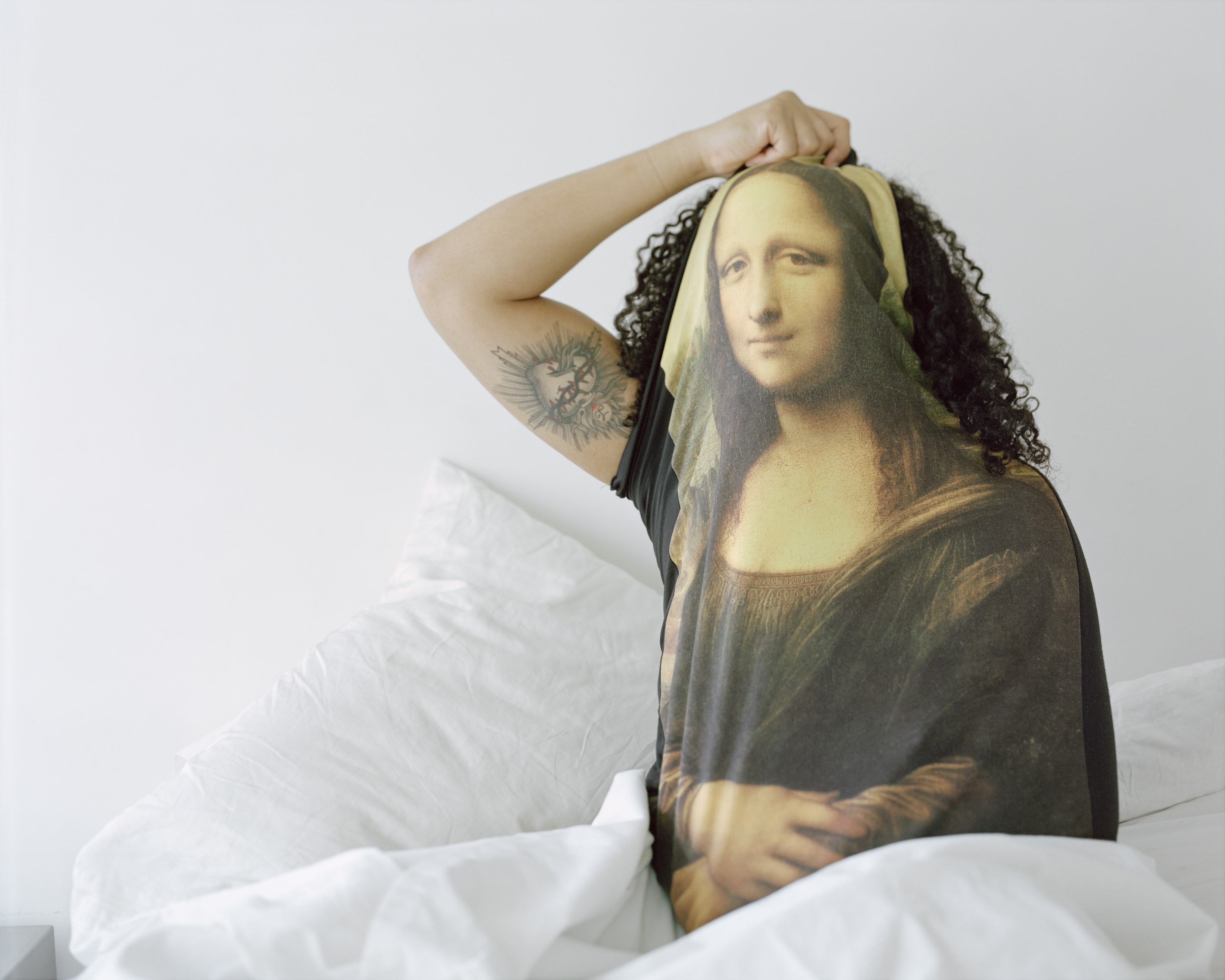 “We were aware of how young they were but it was amazing that they were just nailing it when it came to how to use the camera, how to think about the viewer, how to see what they see and turn it into a photograph,” explains Jensen. “We wanted to see if we could capture this moment in time, with the best of the best.”

Identity is a central feature in Daybreak, as many of the artists are not only dealing with aspects of the queer experience, but how they intersect with their ethnic identities and lives as immigrants.

“These things are coming together in their work and they are dealing with the decision not to compartmentalise as an image-maker,” Tse says. “You see artists like Elliott Jerome Brown Jr. and Groana Melendez dealing with it. That is the strength of it: it can’t be reduced. The foremost thing is wanting to see yourself and seeing your community visualised.” 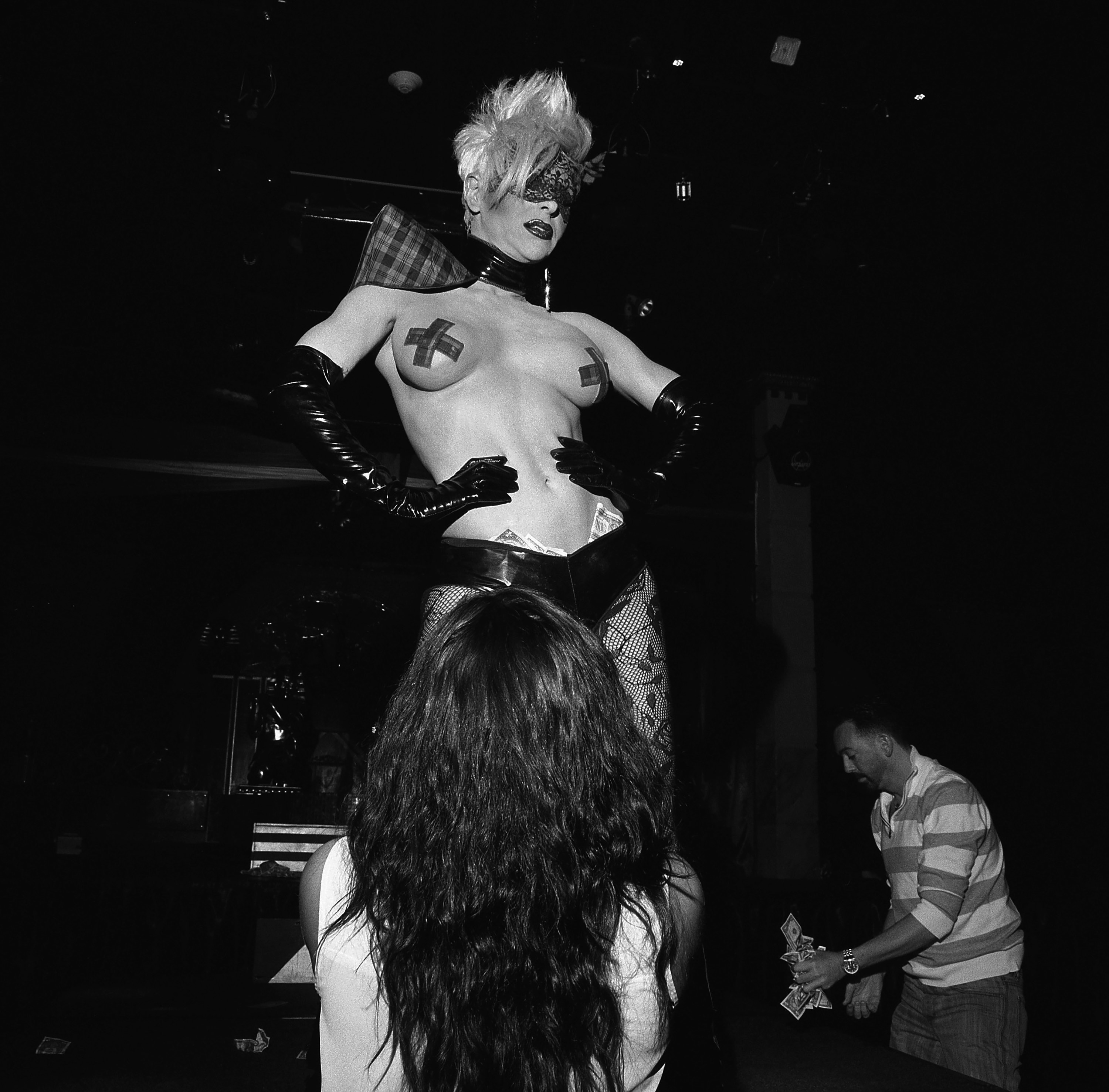 Jensen adds: “One of the lynchpins of the queer movement has been: How are we seen? Are we seen at all? At the very first protest, everyone wore a suit and looked normal. They wanted people to know that queer people look just like you. That was an early visible decision.”

Over the past five decades, great strides have been made to explore and expand the many aspects of LGBQTI life. As the artists in Daybreak reveal, there is no single, unifying factor, other than a desire and a will to share stories that explore, examine, and question our ideas about the self and the other through the creation of art.

“What’s really powerful about the works is that you can enter them,” Tse says. “It doesn’t need a one-to-one correspondence. You can enter into the work without identifying as queer, and that a queer exchange isn’t necessarily about sexual orientation or preference. Queer is always a word that is in its ethos a very inclusive term and we wanted to include one work that is very queer but she herself as a maker is not.” 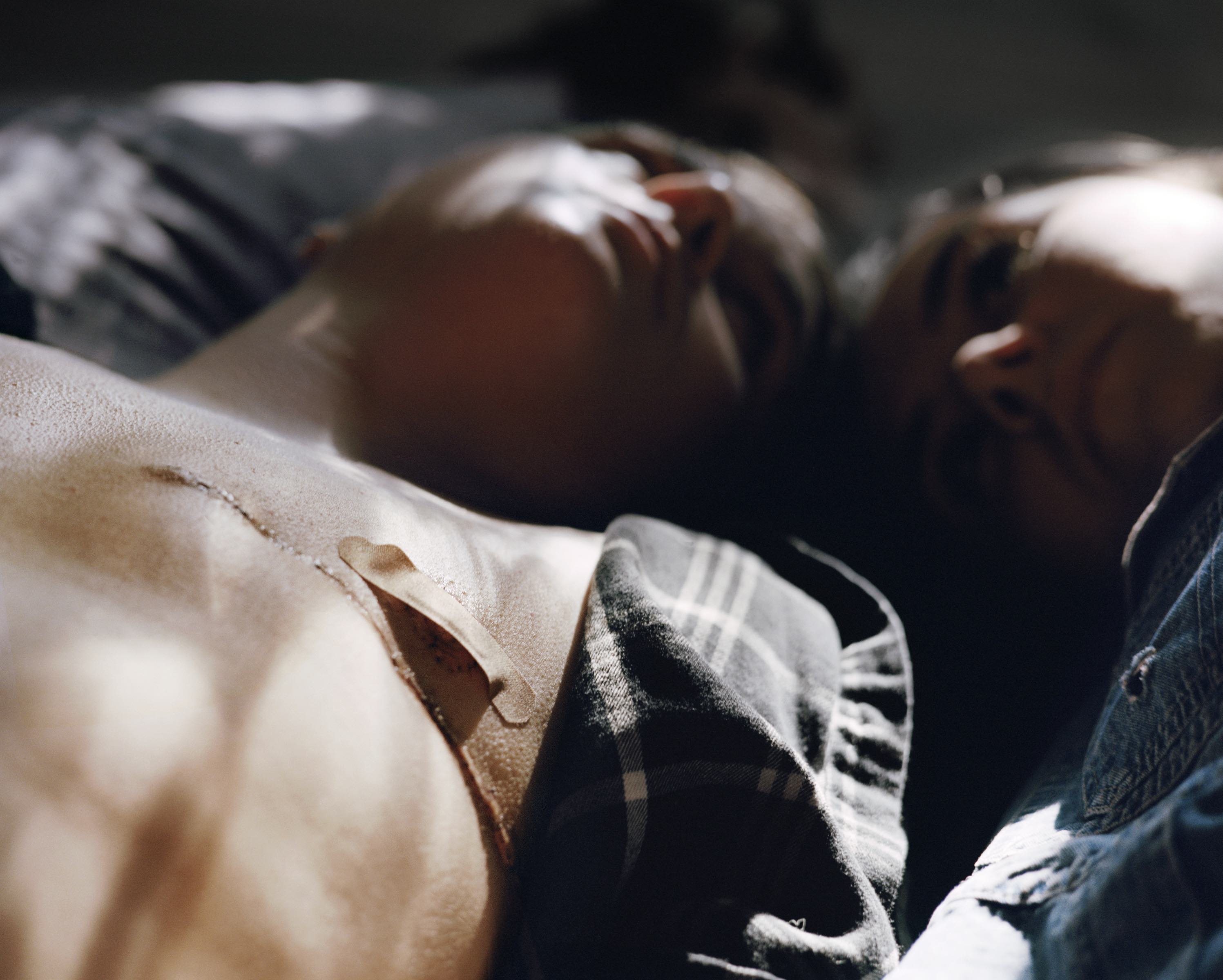 That maker is Jess Richmond, a cis-heterosexual woman whose 2016 photograph The Madness of Many is a double self-portrait. “Her work was so resonant for me and Ka-Man, who are gay and lesbian,” reveals Jensen. “I was like – wow, that’s what it was like coming out, having a double version of yourself that you have to deal with.”

Perhaps this is one of the greatest lessons of Daybreak: the understanding that as we begin an open and expansive dialogue about what it means to be queer, we find ourselves circling back to the fundamental essence of the human experience. We have more in common than not, and the more we embrace our shared facets and flaws, the deeper our understanding of life becomes. 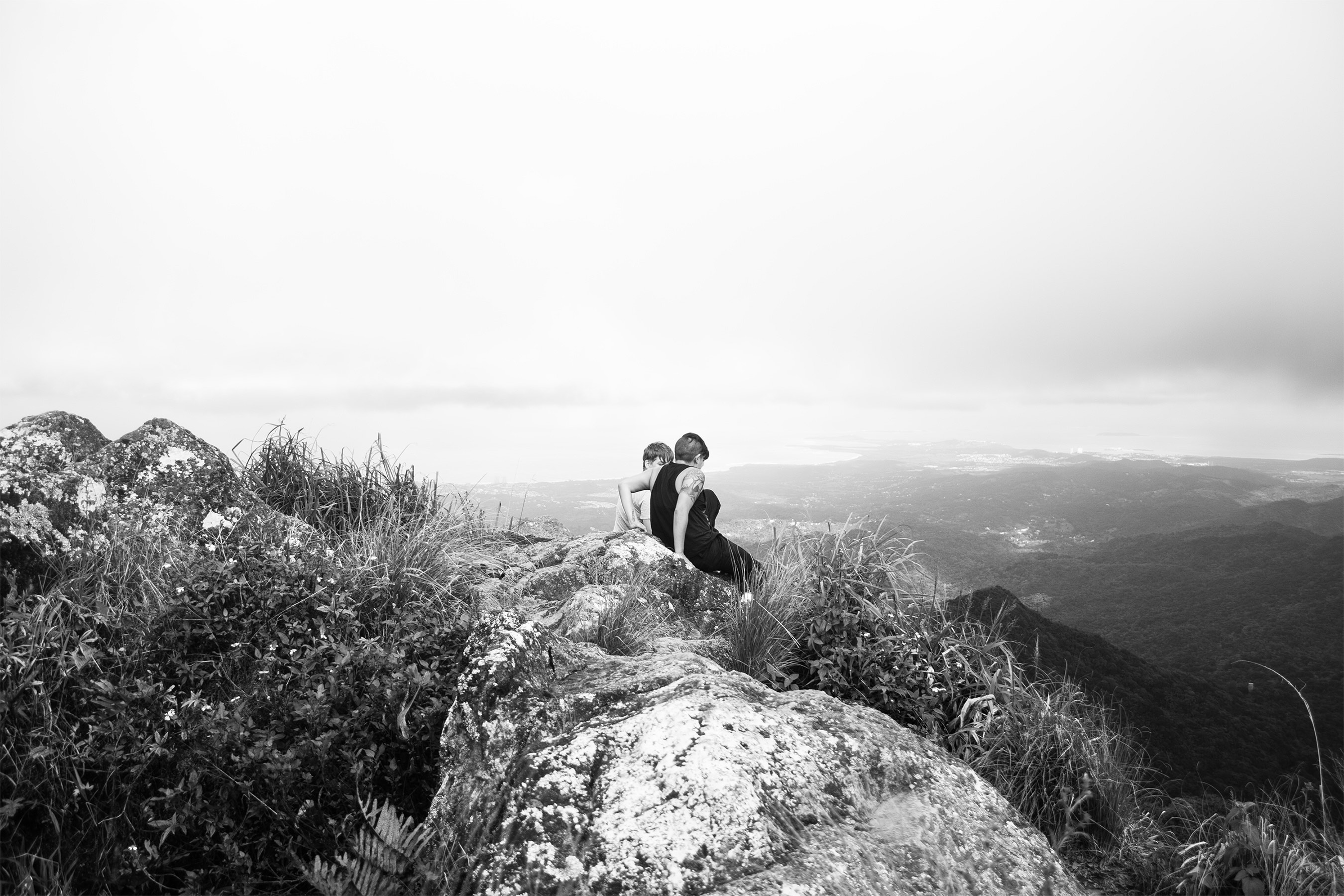 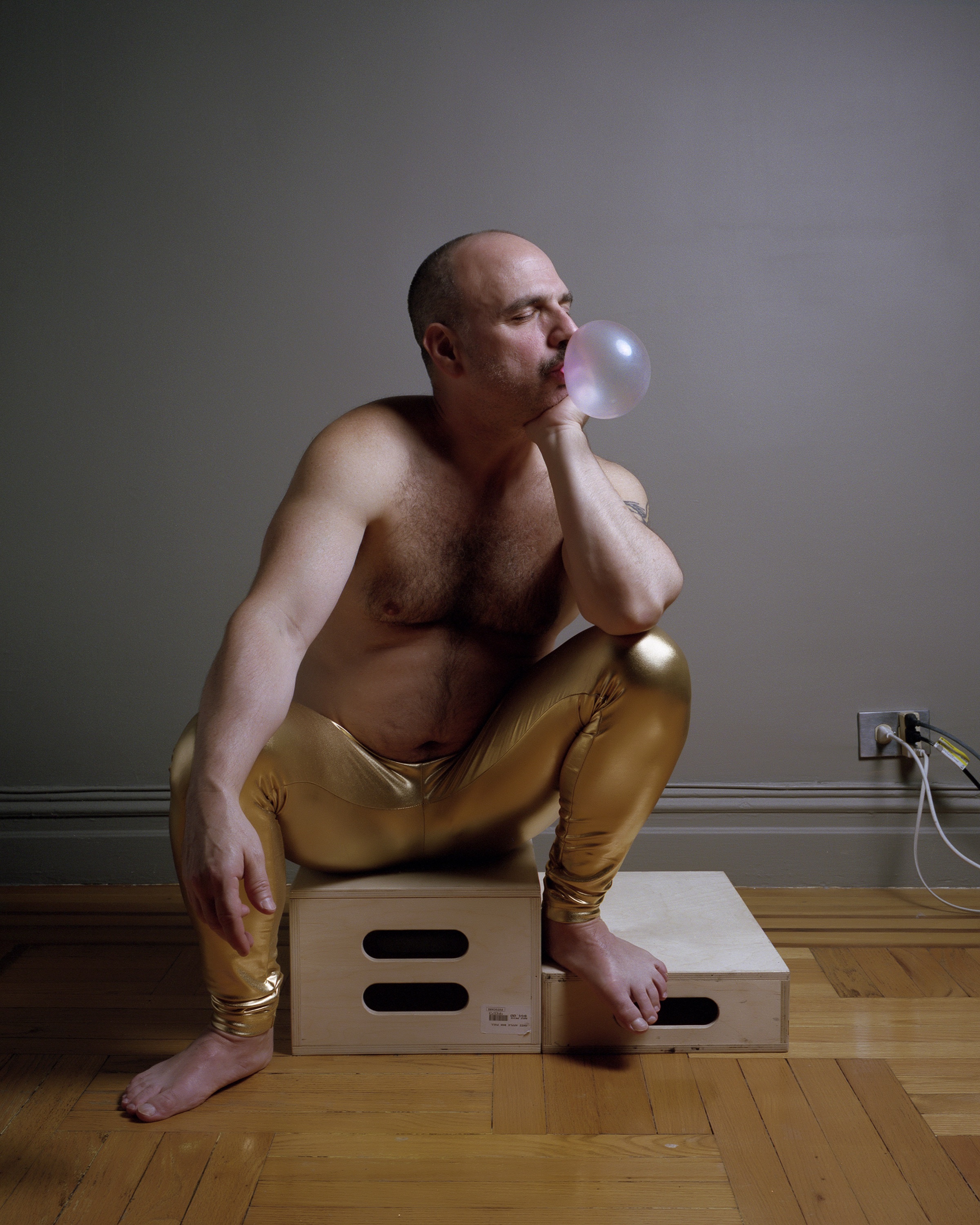 Matthew Papa. The Things We Do for Love
2015 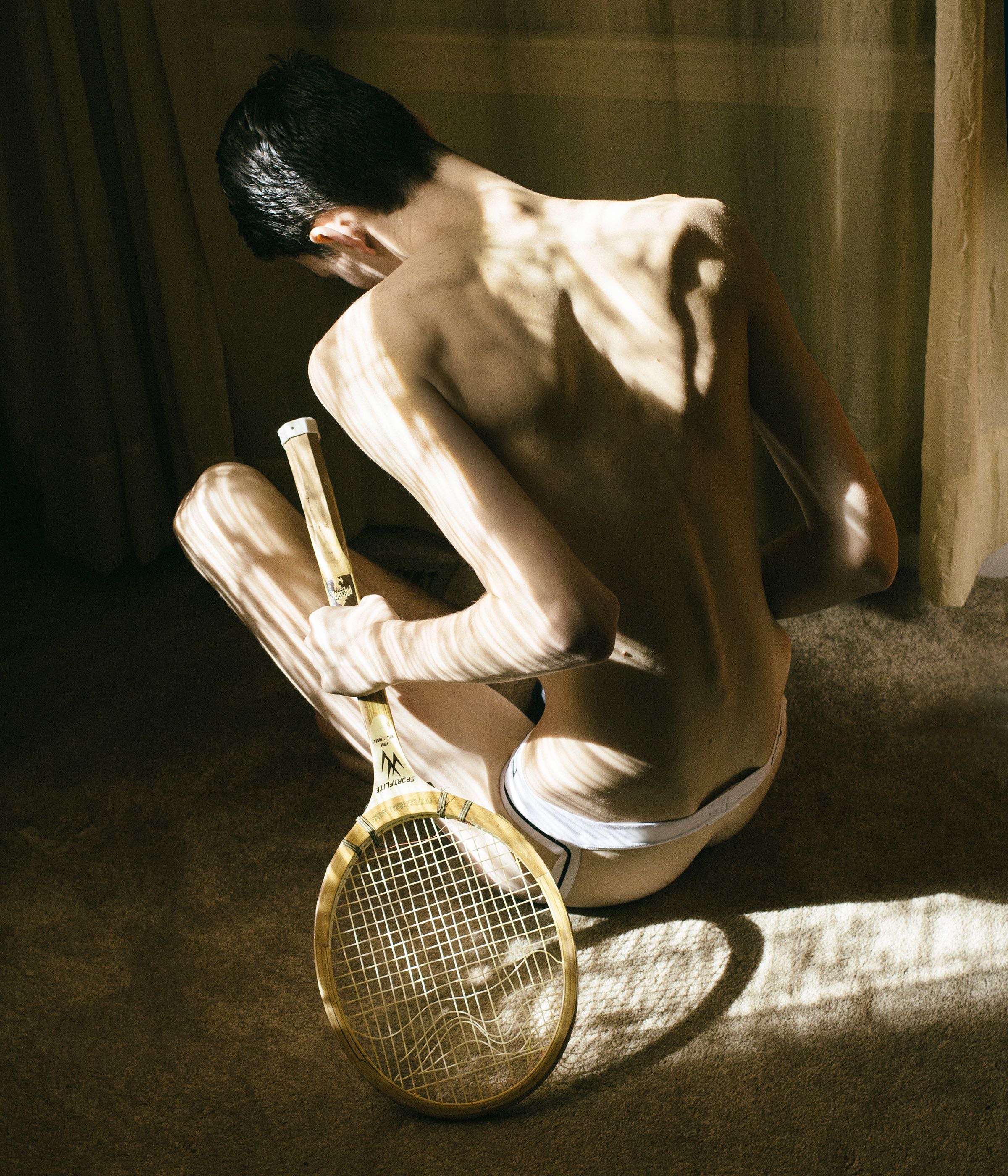 Ryan James. Caruthers After Tennis, from the Tryouts series 2016 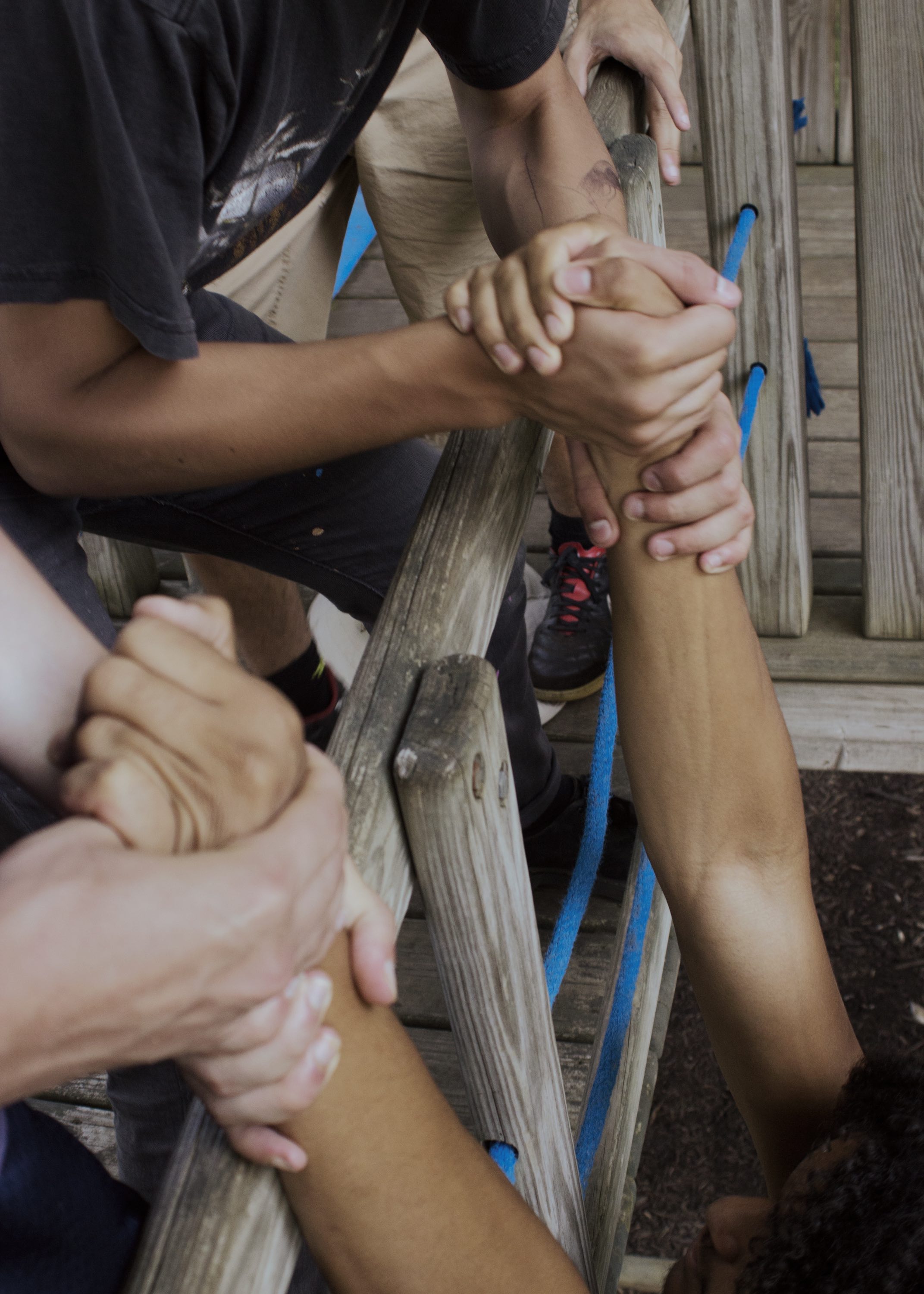 Kevin Aranibar-Molina. Untitled, from the Over the Fence series 2014 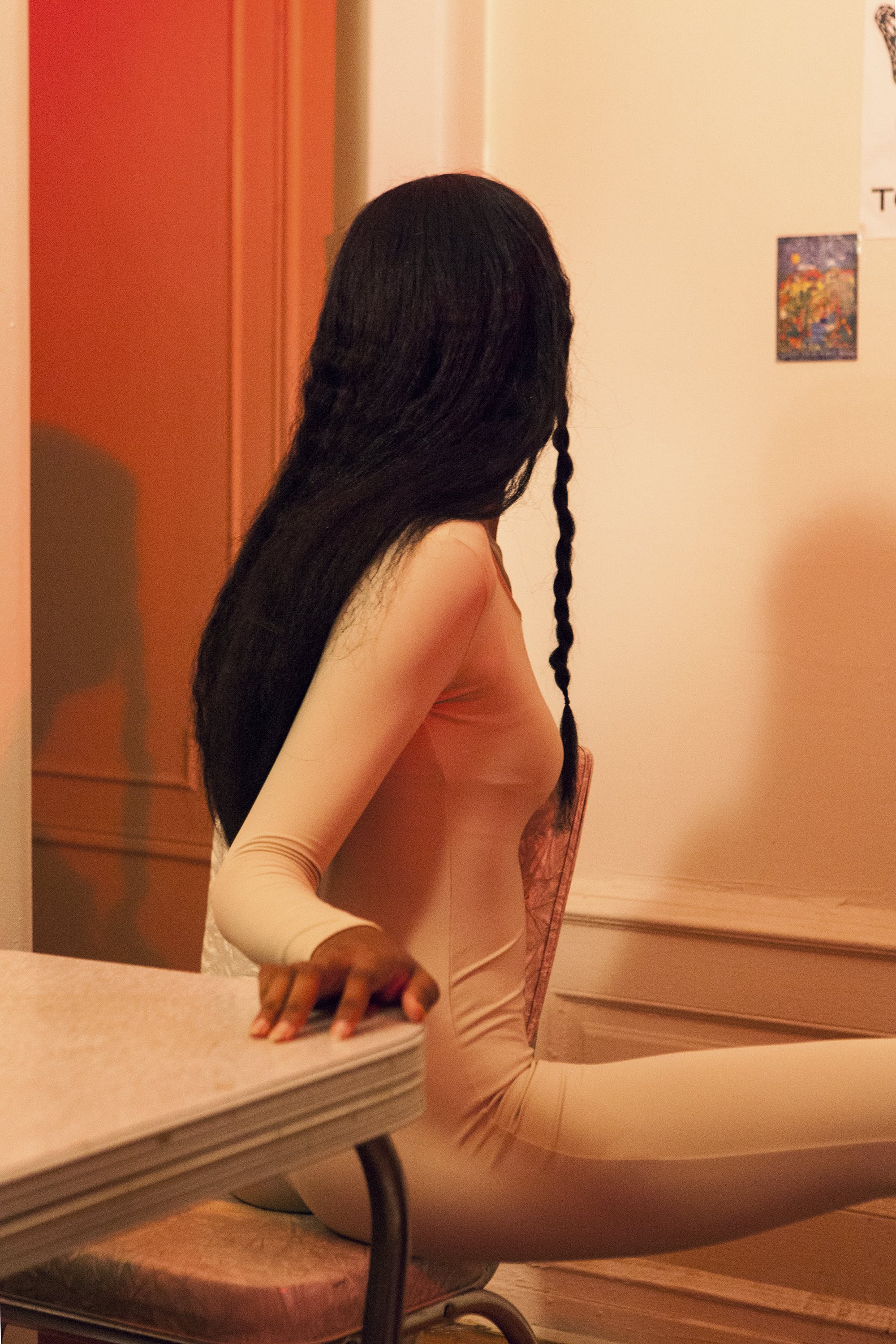 Elliott Jerome Brown Jr. The company of her shadows,
2016 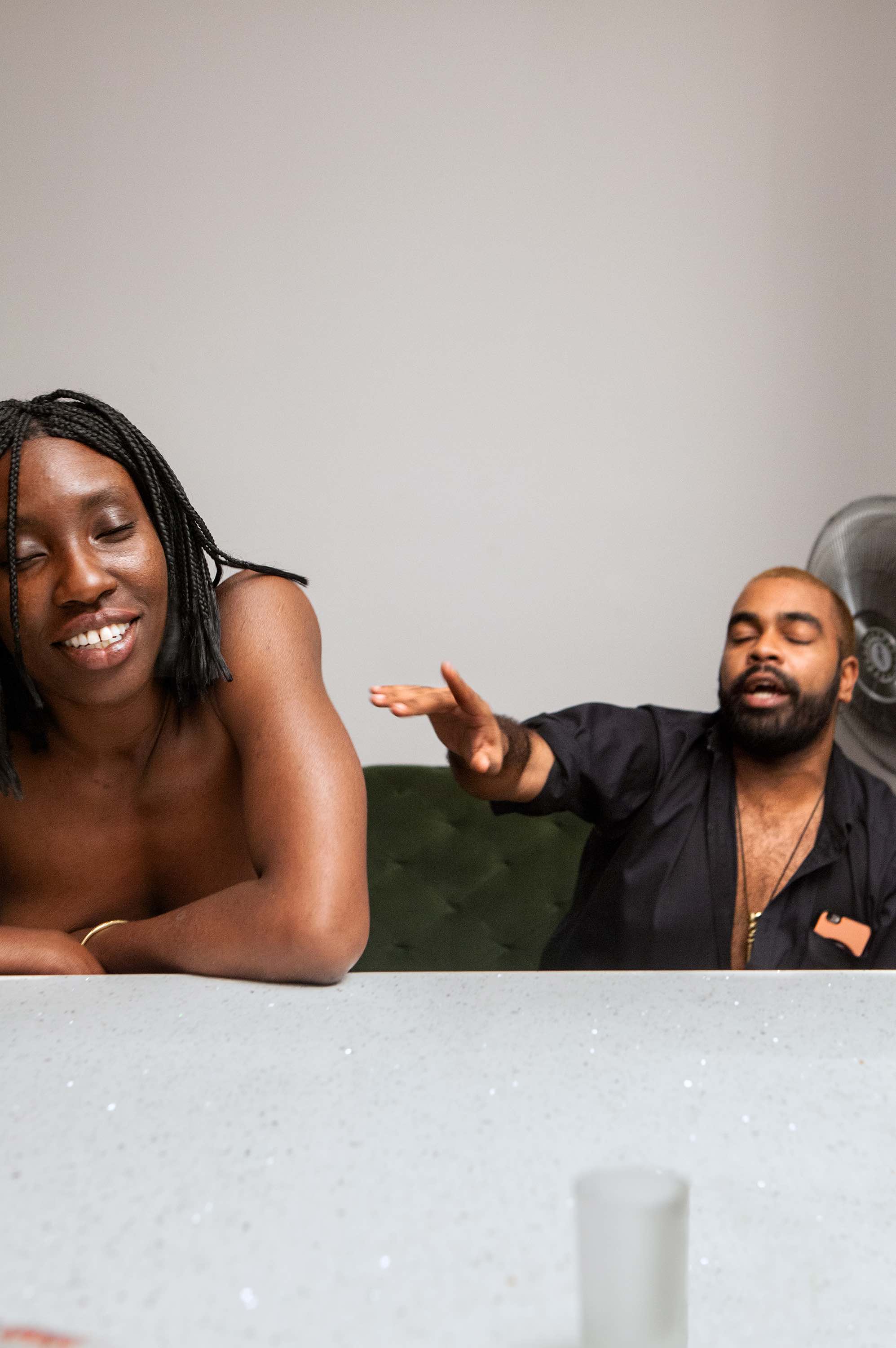 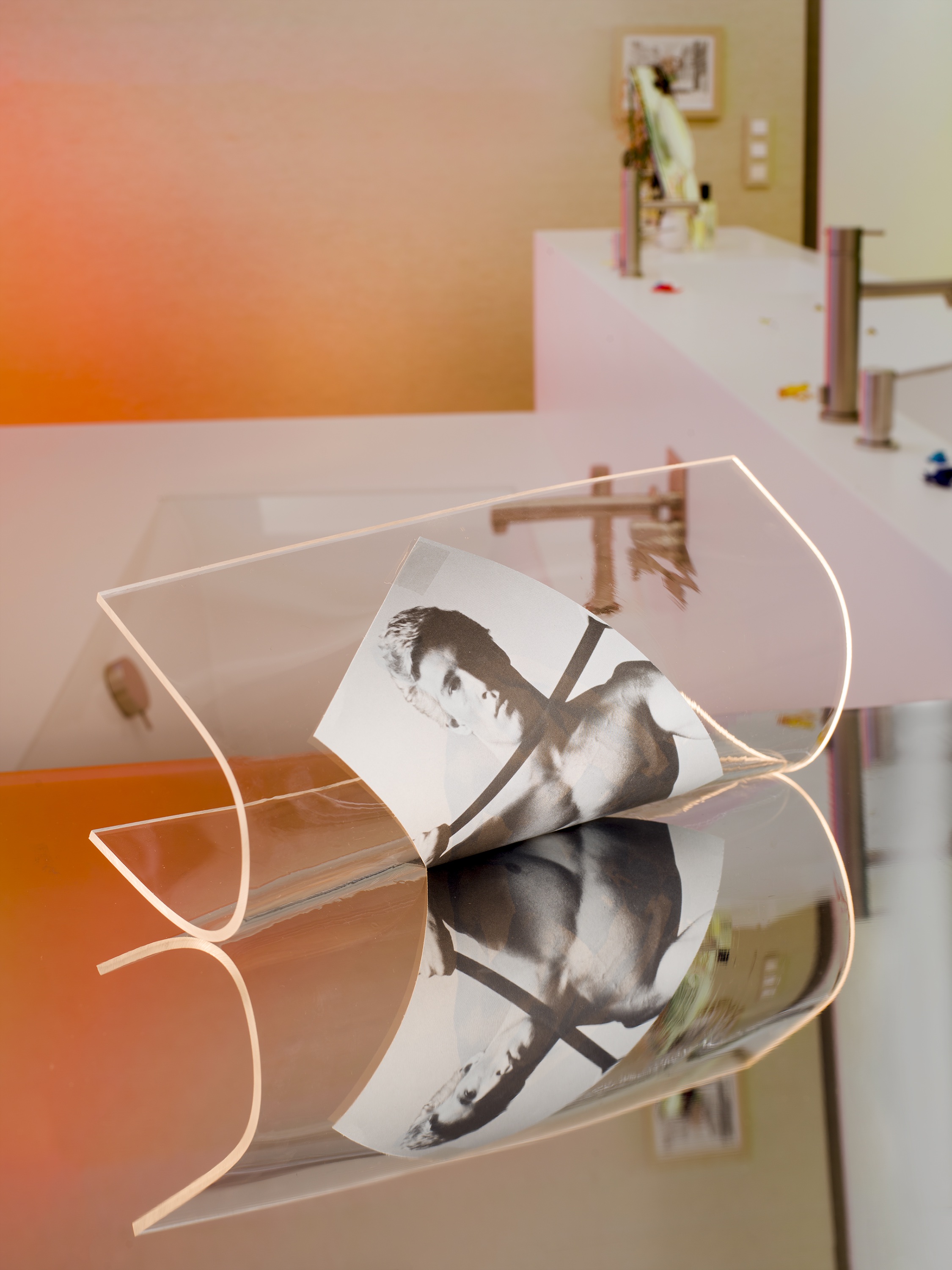 Daybreak: New Affirmations in Queer Photography is on show at the Leslie-Lohman Museum of Gay and Lesbian Art, New York until September 2, 2018.

Linkedin
RELATED ARTICLES
OTHER ARTICLES
Leading art critic Robert Storr reflects on the photographers – from Seydou Keïta, to Malick Sidibé, to Carrie Mae Weems – who helped to transform and redefine the medium.
While the popular news aggregation service has been kicked off Twitter, its demise does not spell the end of digestible misinformation.
As the role of the nuclear family is increasingly called into question, people are finding new ways to exist outside heterosexist norms.
In the UK, Hongkongers are continuing to stand in solidarity with the pro-democracy movement.
In Glasgow, life expectancy is reduced by 15 per cent. In a new project, photographer Kirsty Mackay reflects on the lives cut short.
In Sheffield, food delivery drivers are fighting back against one of the giants of the gig economy.