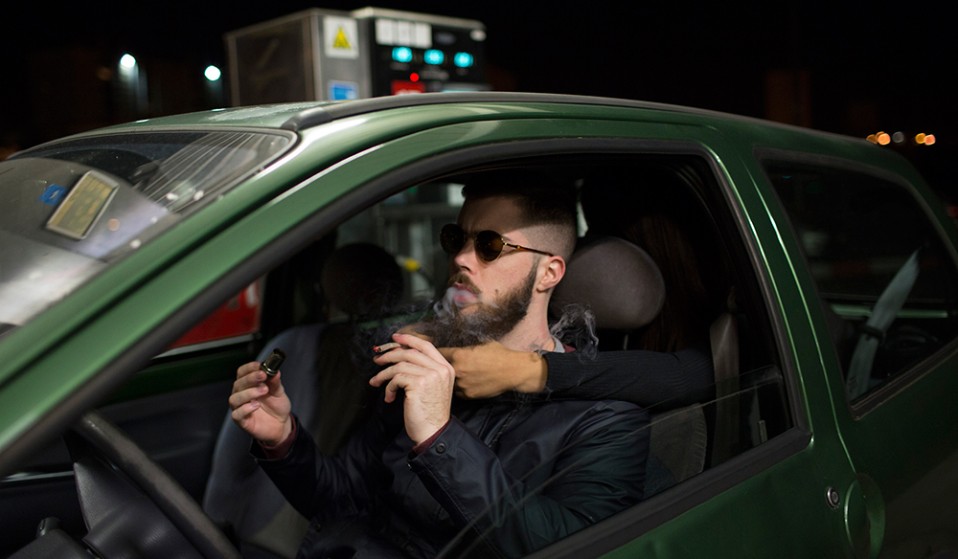 Photography © Top image by Vincenzo Sassu, others as credited

Post-war Bosnia, Parisian Banlieues, sculpture, sexualised selfies and the American West are some of the subjects explored by the recipients of this year’s Magnum Graduate Photographers award.

As much we use it to document the past, it’s hard to think of a medium more prophetic than photography.

The best photography is like an oracle, providing a glimpse into the future. The fresh eyes of this year’s Magnum Graduate Photographers Award winners give not only a sense of what photography may look like over the next few years, but also an idea of the challenges and possibilities that society will be facing.

Magnum Photo’s Graduate Photographers Award showcases 10 recent photography graduates from around the UK. The award is a part of the Photo London art fair taking place May 19-22 at Somerset House. The grads submitted 10 photos each and were judged by a panel of industry folk, academics, journalists and photographers. Then they got the full treatment, with a professional industry review, slideshow at Photo London, and mentorship with a Magnum photographer. 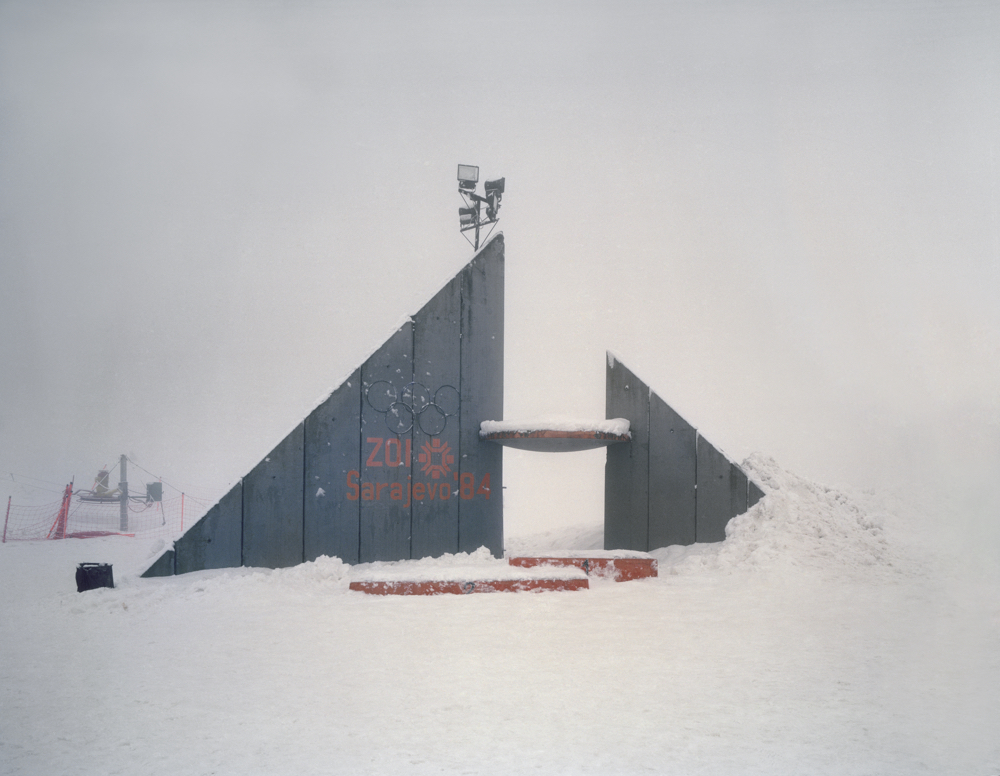 “Twenty years after the end of conflict, Bosnia remains frozen in a post-war era that has been fairly peaceful yet remains divided as ever. Evidence from the war is still evident in the everyday with war tribunals still in action, mass graves being discovered, mine contamination and bullet holes scattered across numerous buildings. These scars of war are constant reminders that Bosnia is frozen in this unique post-war era.

“By photographing select scenes in both entities of Bosnia, I aim to discuss current issues using the scars from its past. I want to explore the evidence of war to show how this country has progressed little from its initial post-war state. By turning the camera away from the people and current happenings, I will photograph slow, quiet imagery, mimicking Bosnia’s slow and quiet progression since the war.”

Feiyi Wen – In a Manner of Speaking 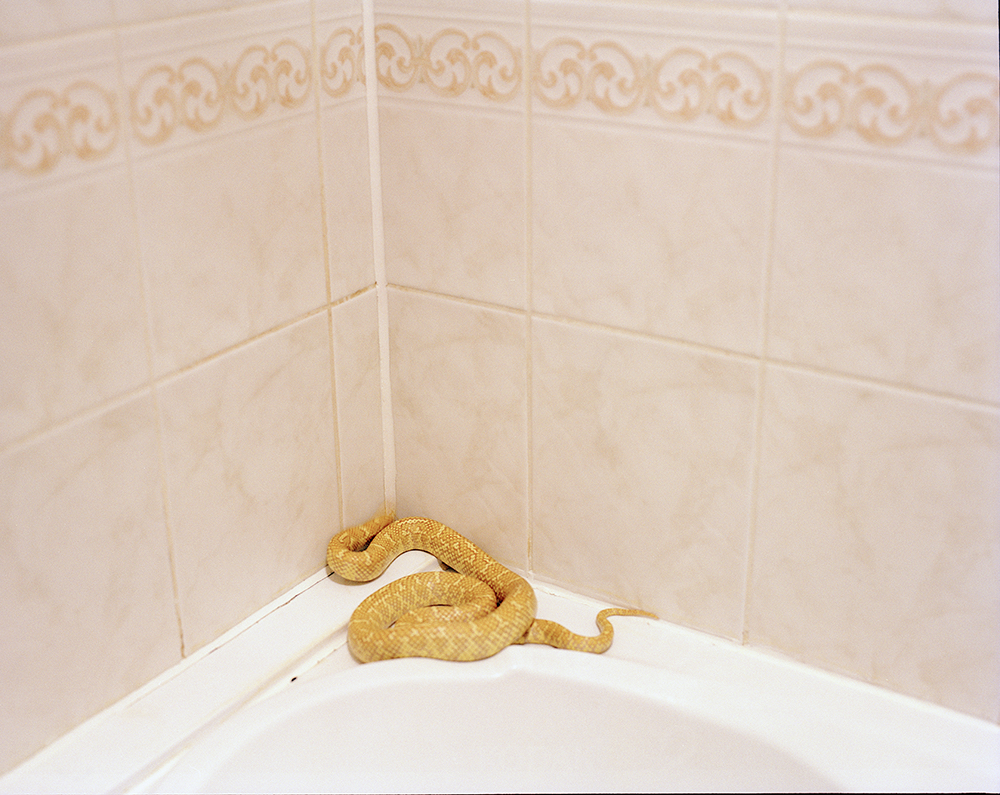 “The constant concern of my work has been to investigate the possibilities of creating an artistic language from the context of everyday life. Curiosity is the essential attitude underlying my approach to life, and also as the cornerstone of my artistic practice. By capturing or investigating the particular silent moments in everyday life, I’m exploring the relationship that exists between absence and existence. I believe in a ‘poetry’ that exists under the skin of everyday objects.” 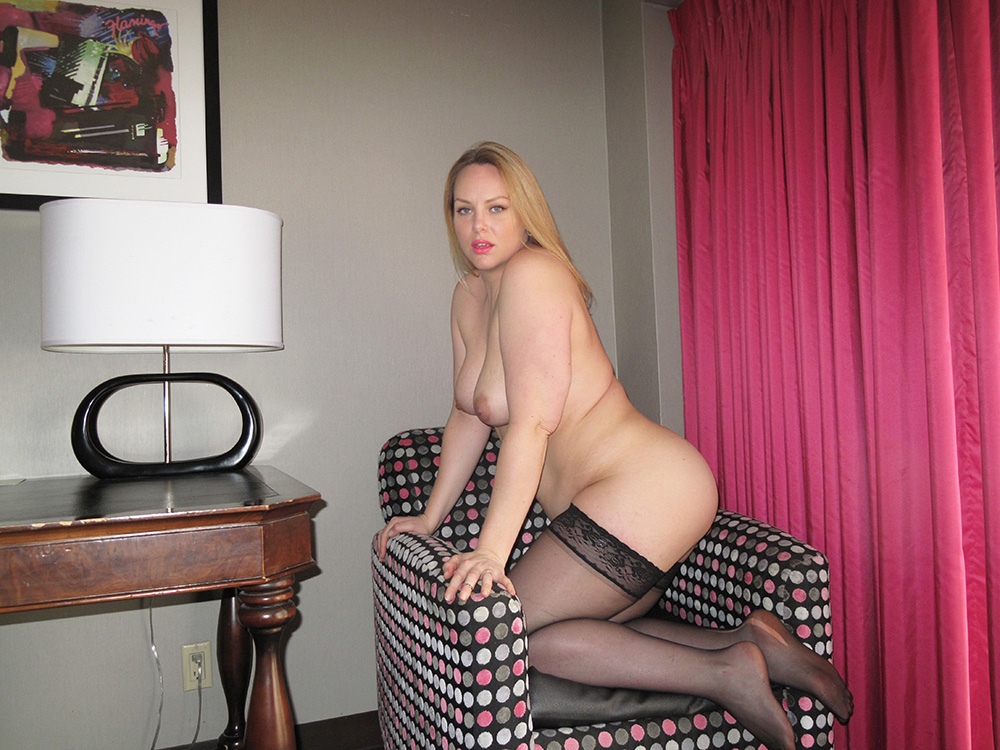 “I am interested the progression of identities online and in real life. Whilst the mainstreaming of pornography is considerably influencing women to construct hyper-sexualised versions of themselves, the Internet is offering a platform where micro-celebrity can be developed with exceptional potential of image diffusion. 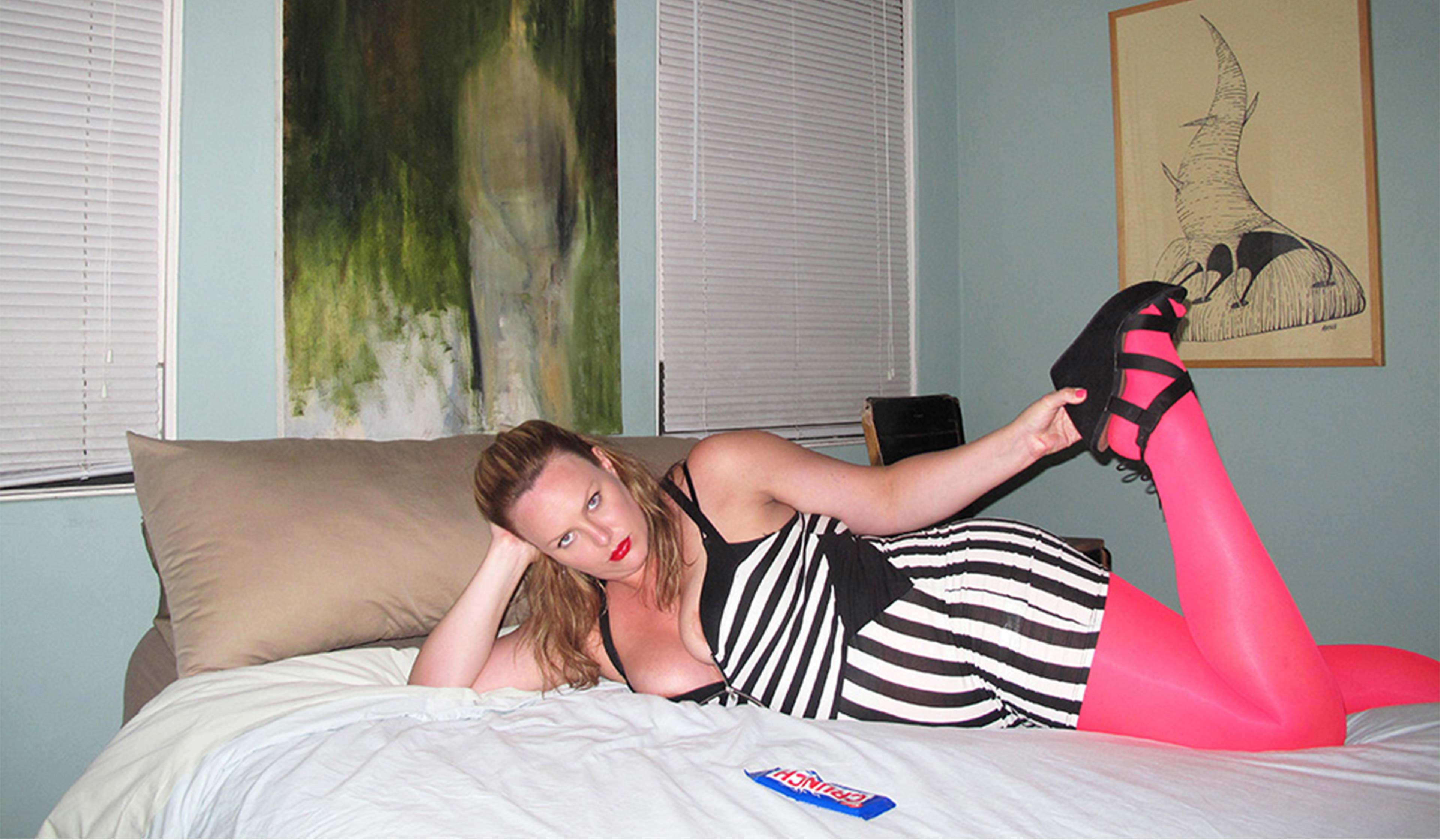 “This newfound visibility produced by the online world extends possibilities to the digital representation of the self to be performed as redefined identities. Using different methods of image production, re-appropriation or dissemination, I am depicting a sexualised form of myself, interacting with the notions of visual pleasures and consumption, my image being consequently objectified to satisfy the ‘ideal spectator’.” 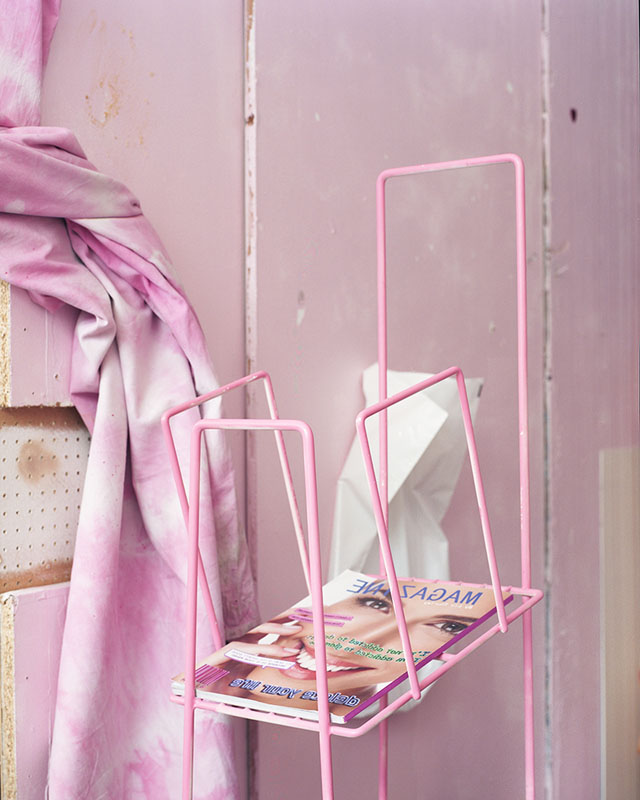 “Documents of incidental sculptures, staged constructions and still lifes depict a curated selection of objects, materials, and human traces, which simultaneously reflect upon the specific traditions and culture of the discipline of sculpture. 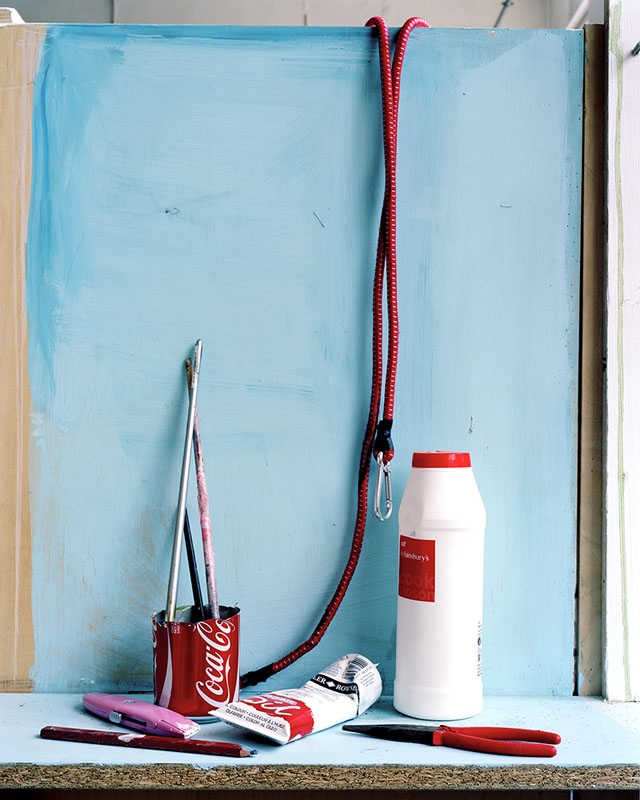 “Installations of this work further explore ethnographic practice as art in the display of photographs, objects and materials equally as artefacts, which offer an insight into individual practices and traditional customs.” 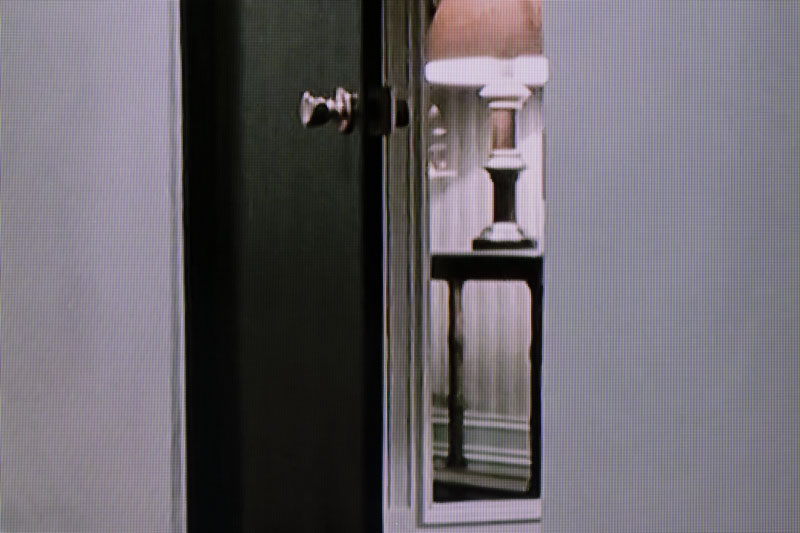 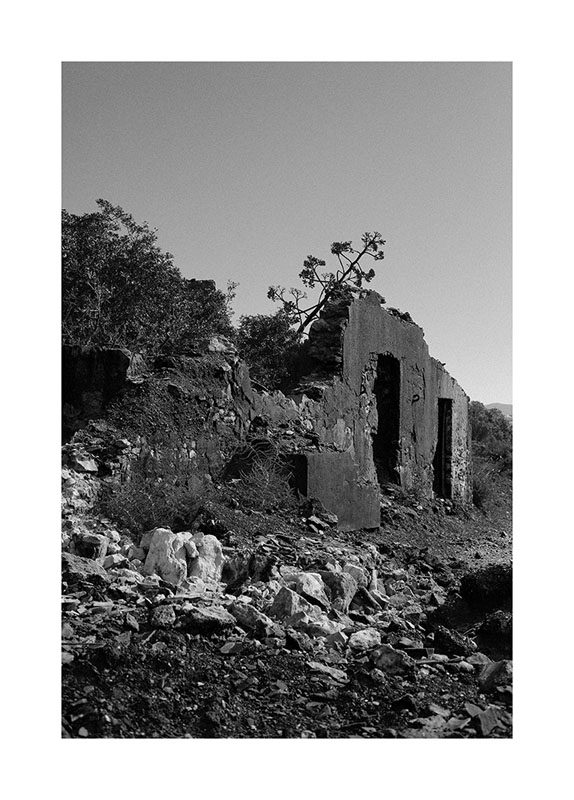 “Natural resources like clay, rocks and other organic found objects in conjunction with new media informs much of Sara’s practice. Often incorporating sculptural works that resemble the earth, or directly reference the use of soil, her interest lays in the displacement and homesickness that one’s motherland evokes. 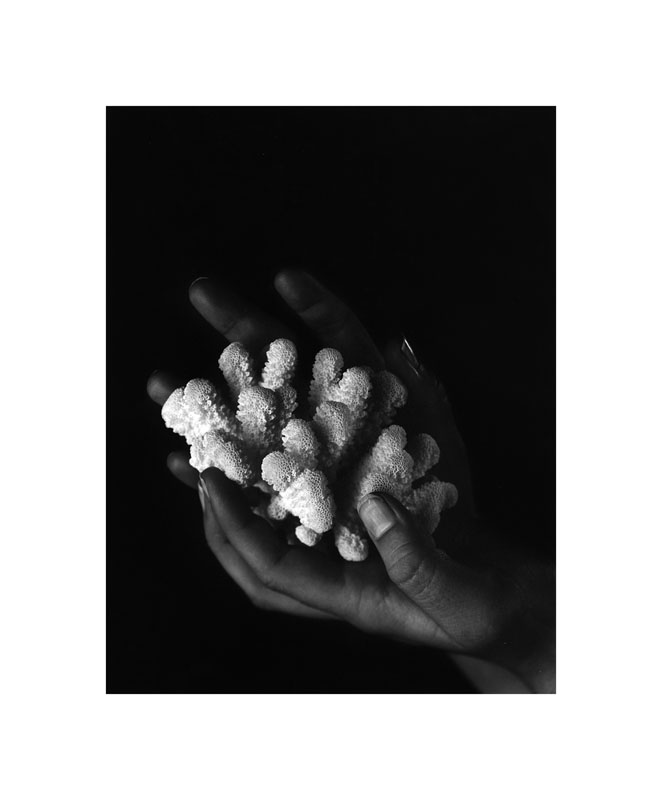 “By repeatedly using these materials and notions that reference ideas of nostalgia and mourning in regards to landscape and family, Sandri’s idea of fluidity concerning borders drifts in and out of her works.” 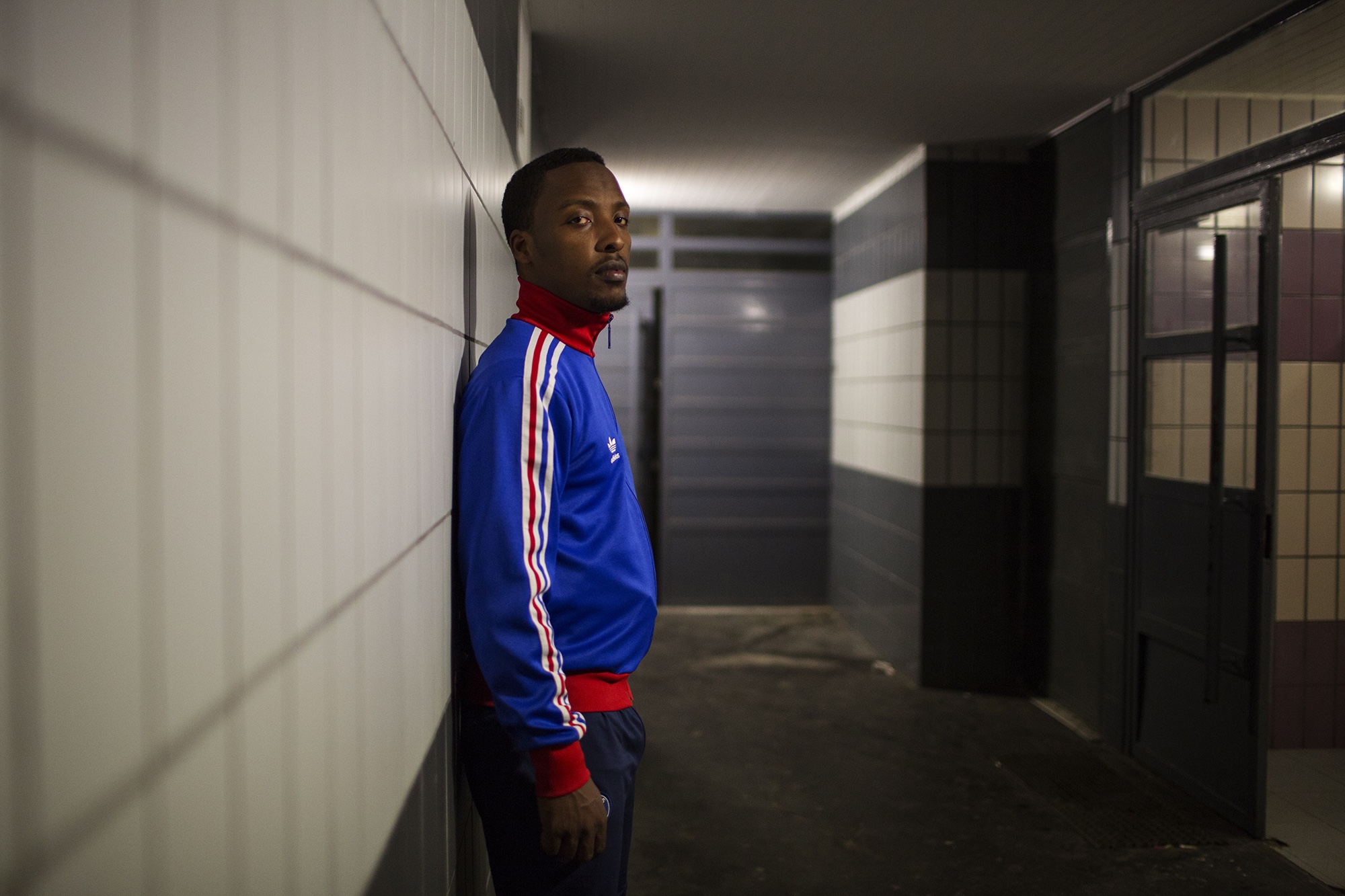 “This story is a study of 7 characters, an exploration of the hearts and minds of Tony, Anis, Ihab, Salif, Layla, Niffay et Virginie, a group of young people in their twenties grown up in La Courneuve, a town of 38,000 people, located in the north-eastern suburb of Paris.

“As the majority of youth living in the department of Seine-Saint-Denis, otherwise known as “93”, the most stigmatised area of the Banlieues (the name given to suburban areas of French cities), they are immediately classified and dismissed out of hand solely because of where they live and their countries of origin, originally part of the French colonial empire.” 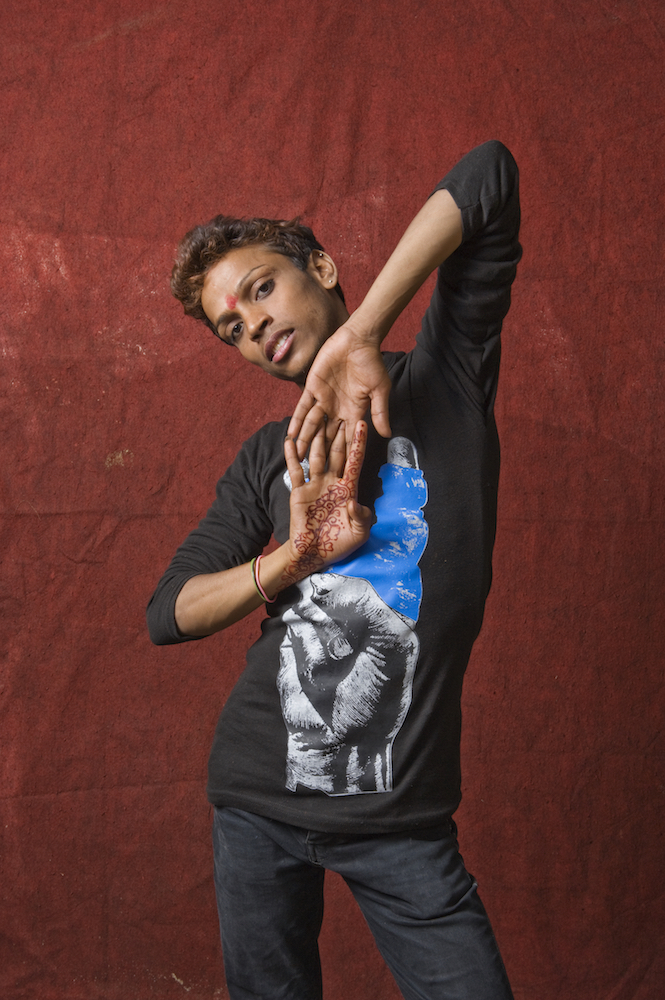 “Kothis (effeminate, underprivileged, homosexual men), Hijras (eunuchs), Giriyas (partners of kothis and hijras) are indigenous terms used by queer working class and transgendered men in their own dialect to define their different and particular sexual identities. This series of portraits depicts this sub-culture that’s rarely seen outside of its HIV/AIDS victim narratives. 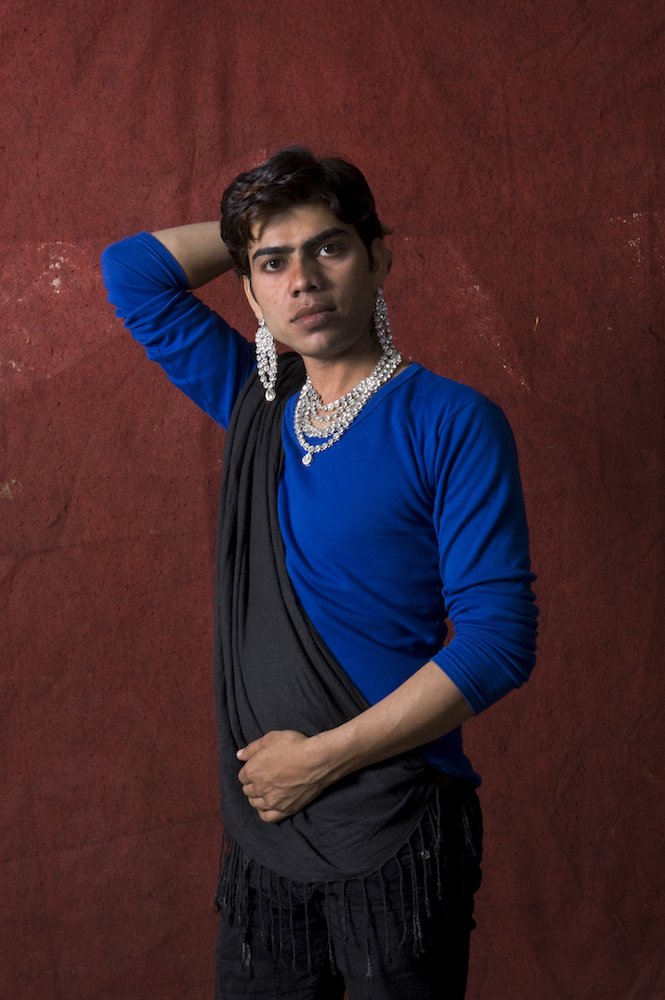 “The photographs give their subjects an importance which contradicts the popular image of people from these social backgrounds. They also challenge the supremacy of images of the more middle and upper caste/class person from India, that we are normally used to seeing in the history of photography.” 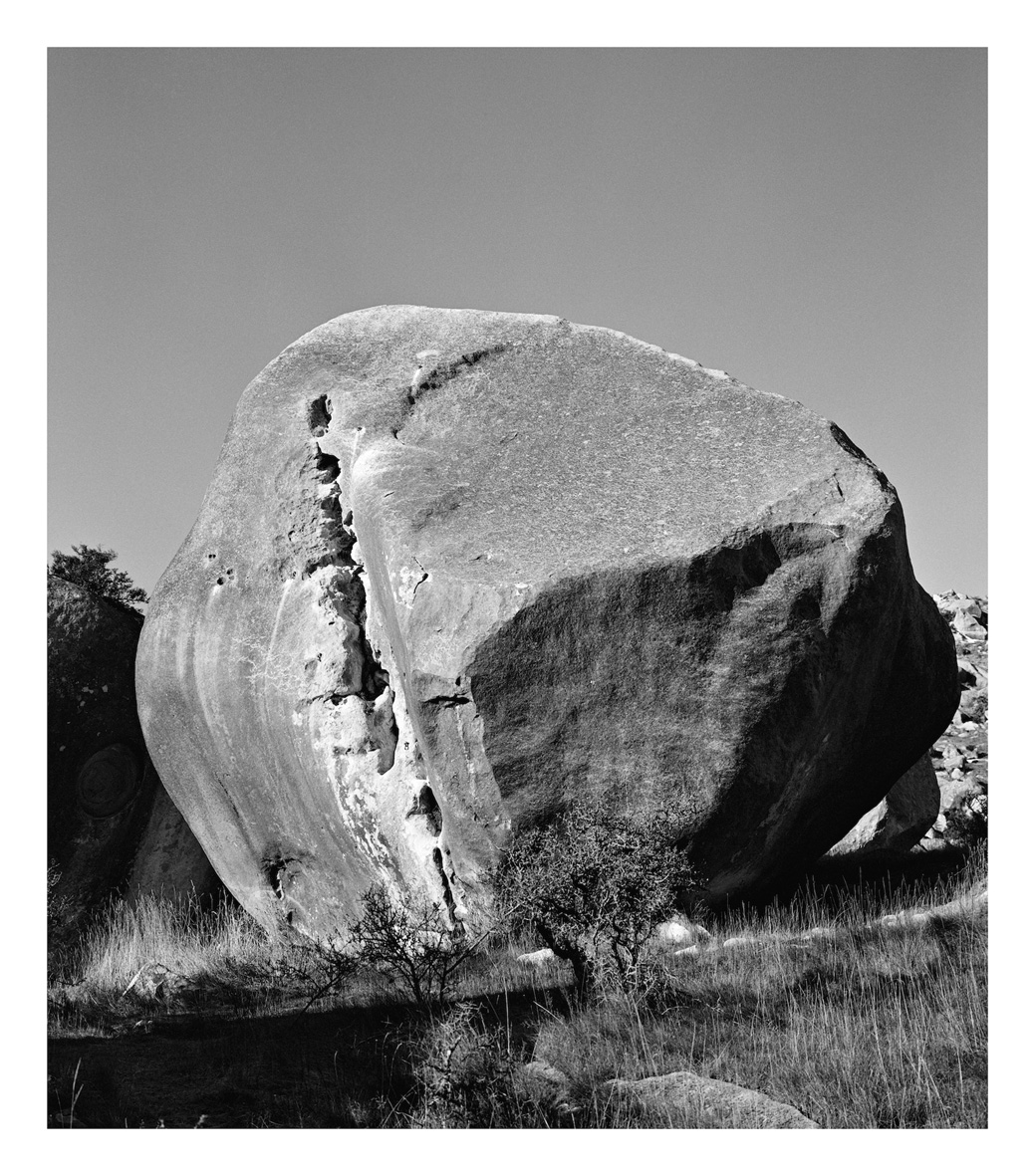 “Over the course of my practice, I have analysed the impact of domestic abuse on identity and the body, and traces of trauma in the landscape. My main area of interest is how trauma is kept alive, and defines the body. In this series I use idealisations about the American West as a way to discuss expectations of the identity. 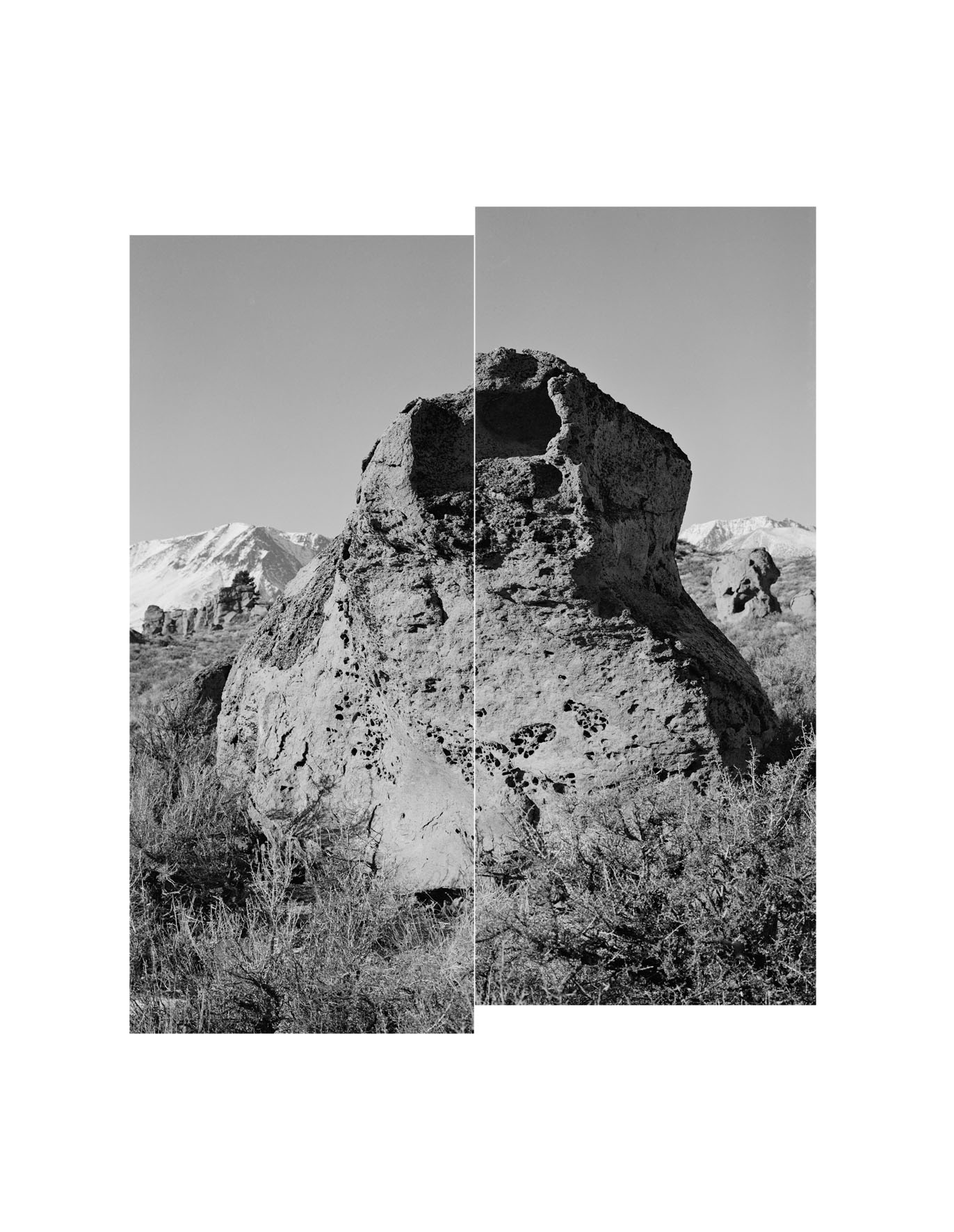 “This led me to emphasise the aesthetic form of the West as shot by the F64 group during the 1930s. At the same time, Walker Evans documented living conditions in the South for the National Farm Association. In this commission, Evans’ images are riddled with abandonment, intimacy, and detachment. Within this series of works, I sought to utilise and combine the masculine technique of the F64 group with the silence and anonymity of Evans’ work.” 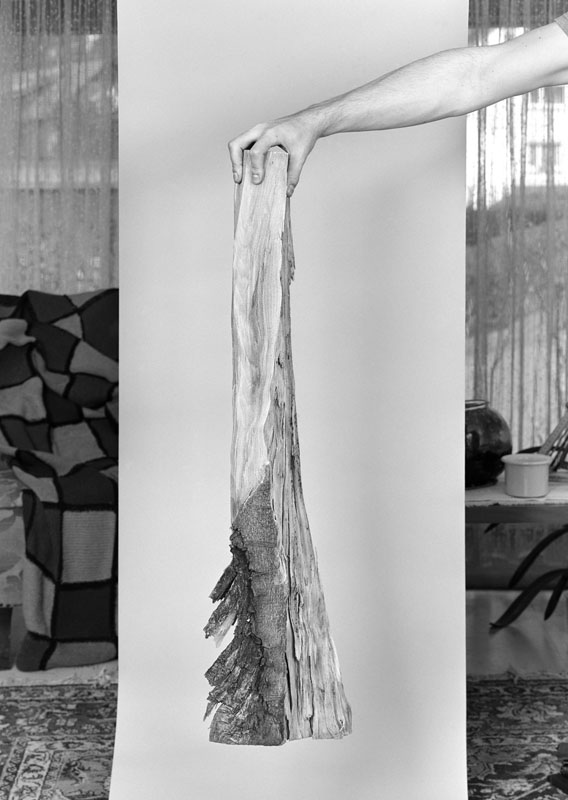 “On the 15th of February 1993, my mother walked from Zandvoort beach into the North Sea to her death. The Unforgetting is a series of works that explores the texture of personal memory, and is told through photography and sculpture, and is presented in installation form. It is a series of works made up of remnants, exploring the loss of my mother, and our shared German ancestry.

“Often borrowing from the language of museum presentation, these works explore the complexities of memory in the (re)presentation of personal narratives. How much of a person remains in the objects that are left behind, and what can these objects tell us of the trauma of loss, and of how memory so easily turns to narrative.”

The Magnum Graduate Photo Award 2016 is a collaboration between Magnum Photos and Photo London, supported by RBB Economics.

Linkedin
RELATED ARTICLES
OTHER ARTICLES
Theo McInnes’s photos of the annual event provide an intriguing snapshot of contemporary Britain.
After building his reputation covering the US civil rights movement in the 1960s, the photographer went on to produce some of the most enduring images of the past century.
Photographer Sean Maung reflects on documenting a small town in Pennsylvania afflicted by high levels of unemployment, poverty, violence, crime, and addiction.
Tristan O’Neill’s shots of dancers caught in moments of reverie at the height of rave’s golden age are a testament to the UK’s legendary club culture.
After fleeing the war in Ukraine, people are finding it impossible to secure affordable and decent housing in the UK.
Following the release of his debut single, Deyaz talks battling addiction, dealing with his struggles through music, and building a budding music career from his living room.