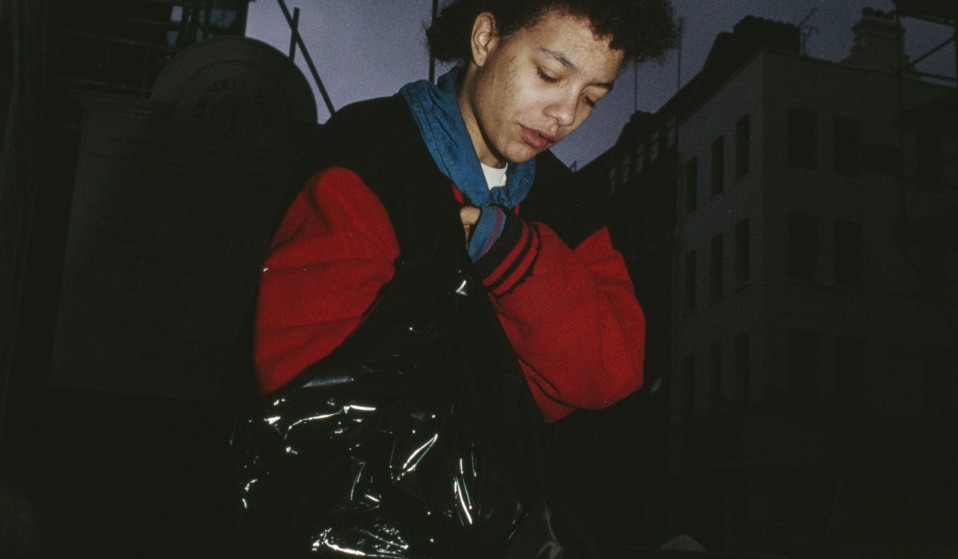 In her new book, acclaimed US photographer Nina Berman combines photojournalism and personal accounts to tell the story of ‘Miss Wish’ – a survivor of sex trafficking, drug abuse and child pornography.

In her new book, acclaimed US photographer Nina Berman combines photojournalism and personal accounts to tell the story of ‘Miss Wish’ – a survivor of sex trafficking, drug abuse and child pornography.

Nina Berman first encountered Kim Stevens – then known as Cathy Wish – in 1990, while walking through the streets of London. At the time, Stevens was sleeping rough in the capital. She had been involved with child pornography while growing up, survived years of sex trafficking, and was struggling with trauma-induced drug addiction. Despite meeting randomly, American documentary photographer Berman was immediately drawn to her.

“Three years later, she landed on my doorstep in New York City, having fled London on the advice of Scotland Yard,” Berman explains. “I have been her friend, frequent caregiver, and personal documentarian ever since.”

In her latest book, An Autobiography of Miss Wish, Berman tries to share Stevens’ story. Using photographs, drawings, videos, texts and documents, she pieces together her life in the most sensitive way possible. The result is a haunting, dark and original collaboration, with the pair working back and forth across both New York and England between 1990-2016.

“The story is told through my photographs and her extraordinary drawings, which depict her memories of crime scenes and abuse, as well as her diary entries, medical reports, and our letters and later text messages,” says Berman. We caught up with her to find out more about the project. 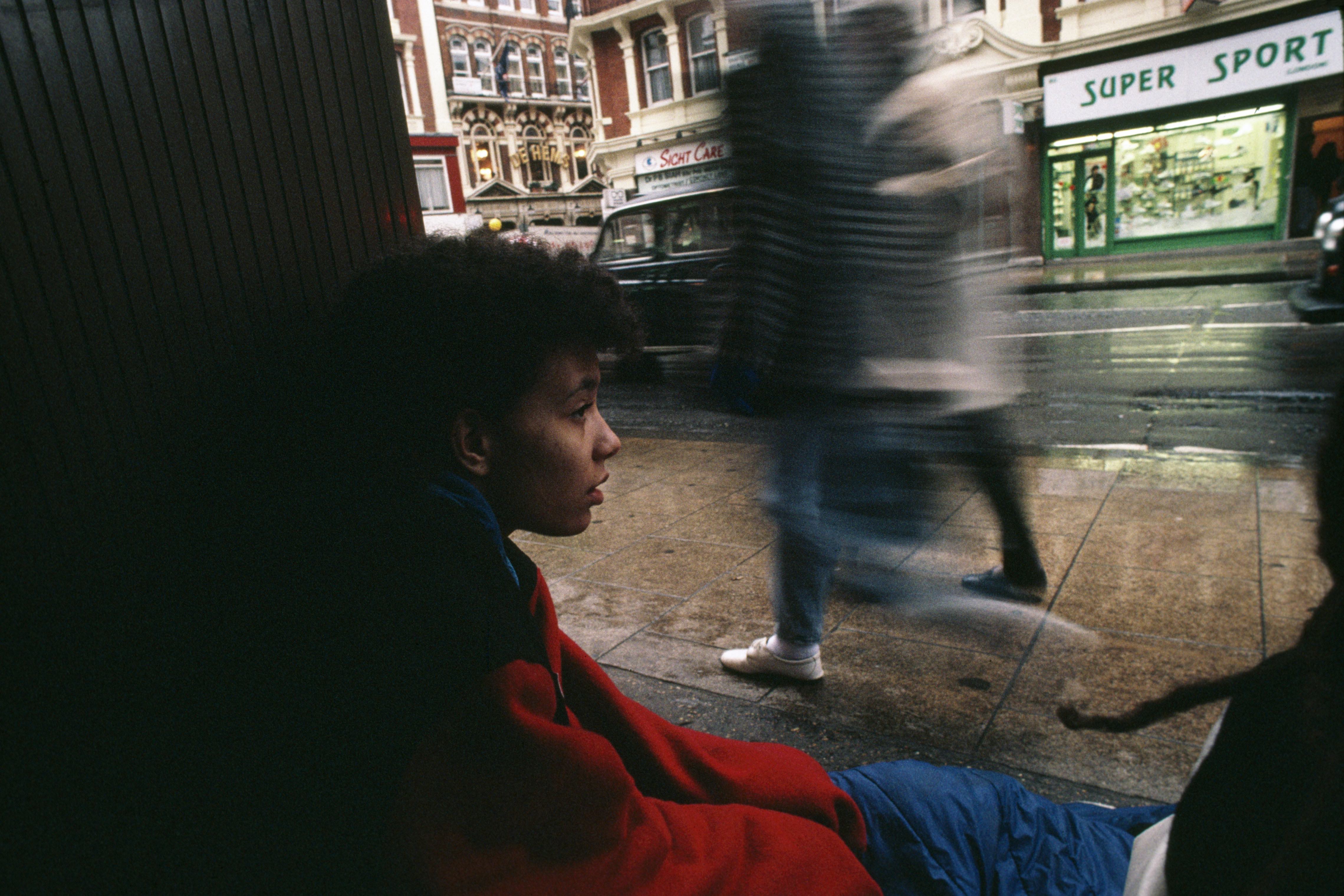 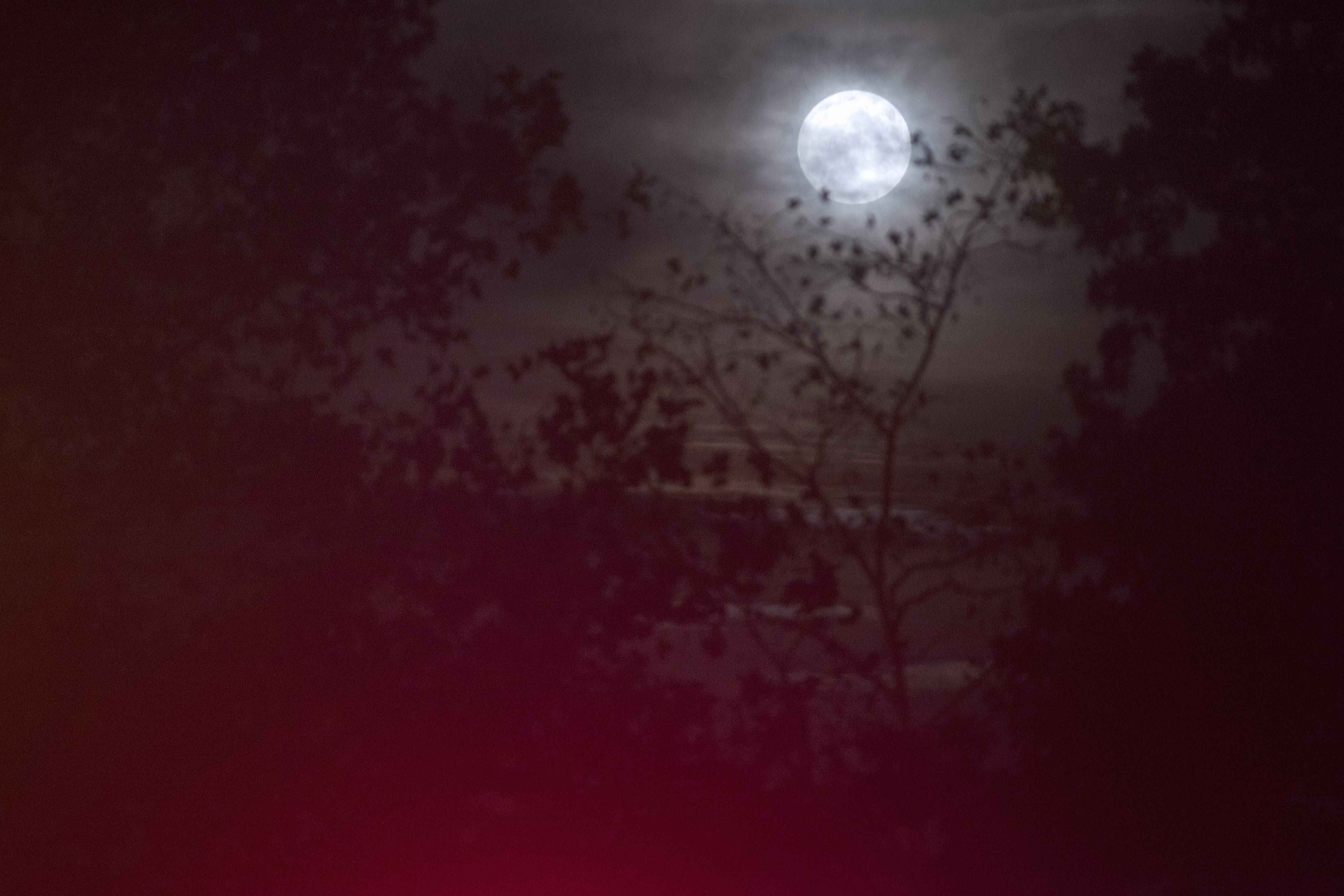 I assume you were in contact with Kim through the process. How involved was she in the project?
I never would have attempted to present this work if this wasn’t something that Kim wanted to do. That’s what made it exciting for me – she was going to participate and offer her creativity, and then together we’d try to figure out a way to tell her story, which is a story that for half of her life she was told never to tell. Then for the other half of her life, she was trying to find a way to tell it in spaces where she wouldn’t be ridiculed, disbelieved, or tossed aside. This is part of the quandary of survivors, right? We became a whole lot closer doing the book – it was something positive for us.

Is it right that Kim had already written her own book before this?
Yeah, she had written a bunch of pages. It must have been around 2000 / 2001, when she was in New York, as part of therapy. She had a computer to work on and she typed it out. I had some print-outs, and so when I was gathering up everything to see how it would all shake out, I took the book, and then looked for some things that we could include in there. Her book wasn’t a basis for our book together, but it did help my thinking about her whole story. 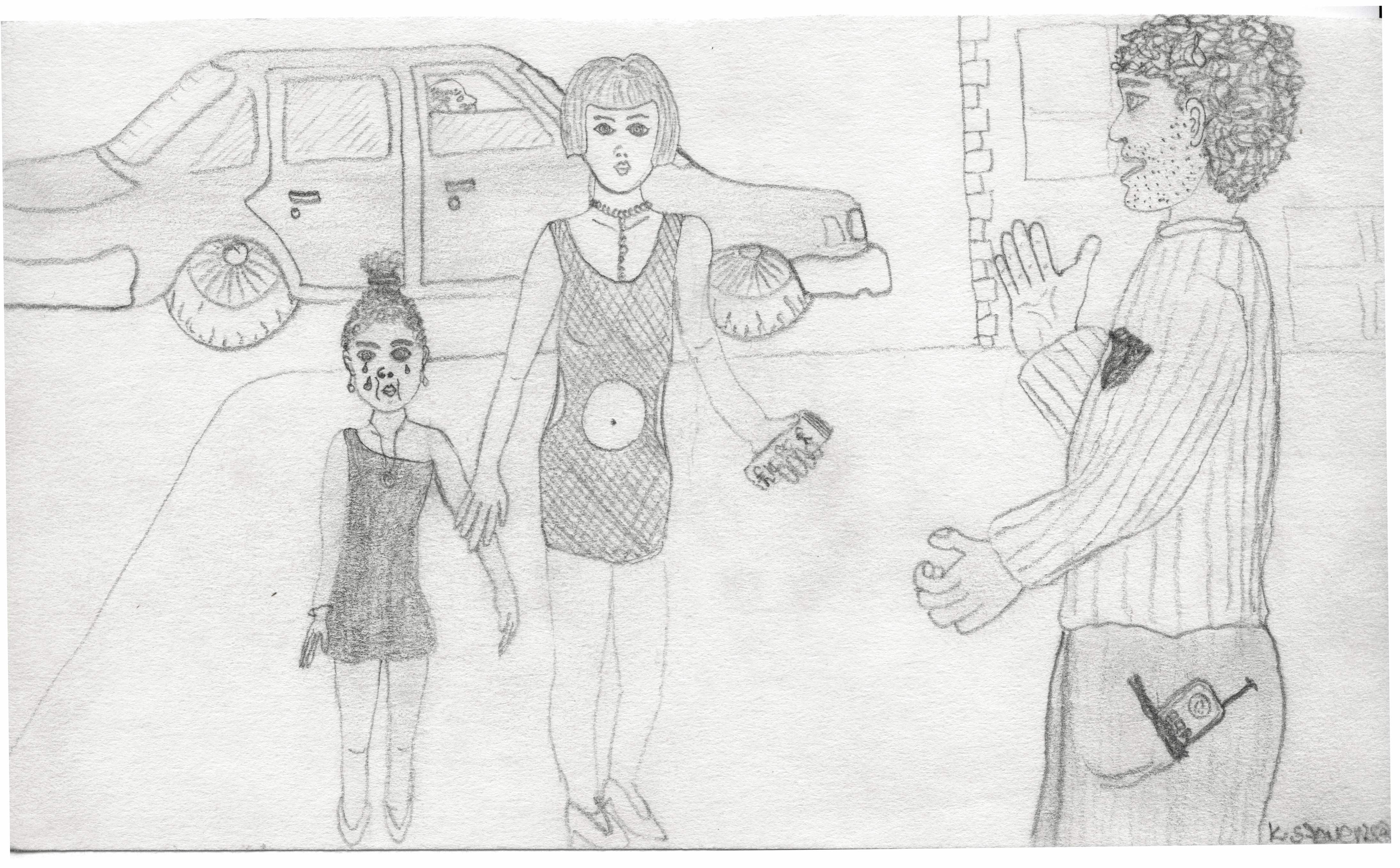 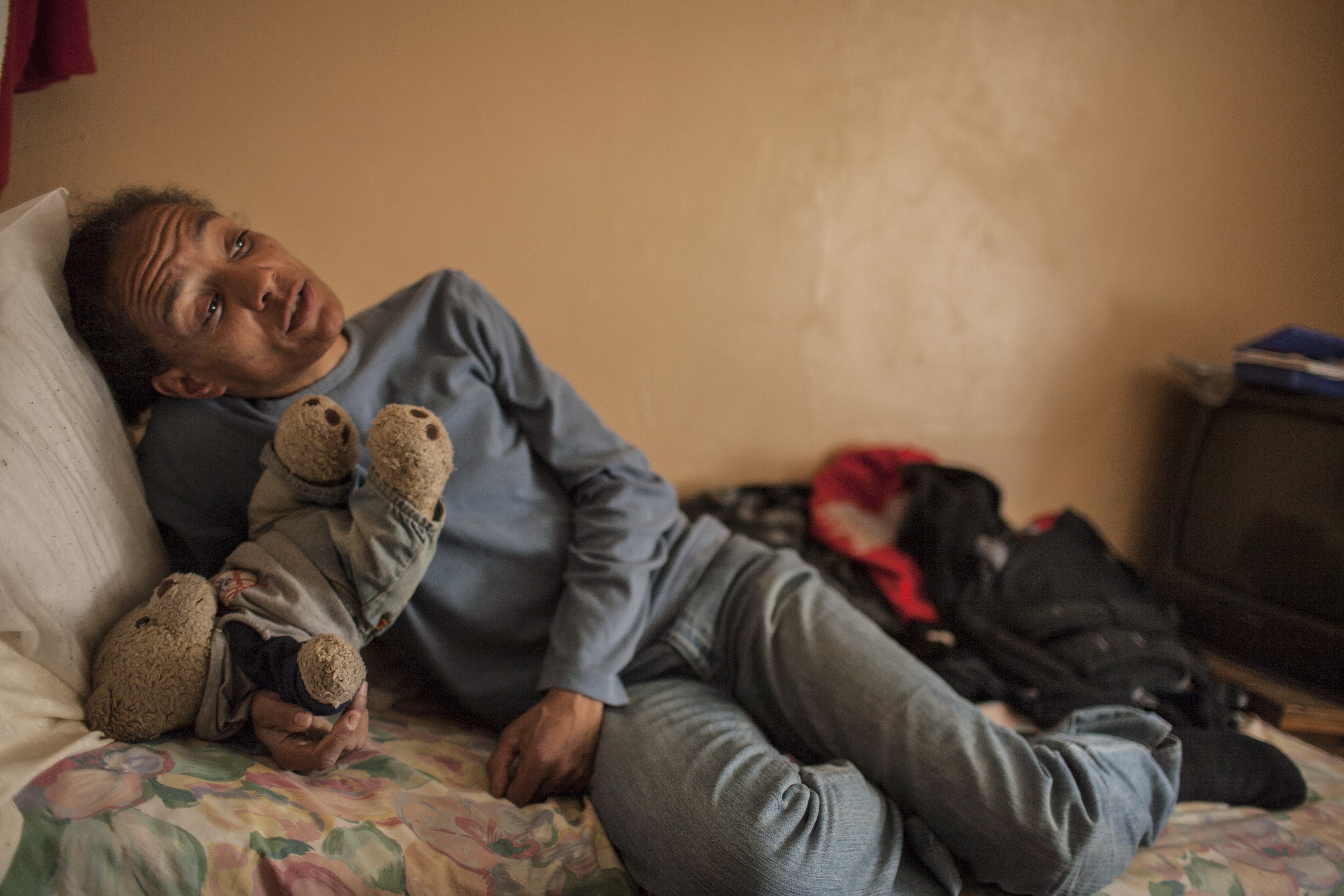 Were there things that you found striking about reading her book, compared to the things you’d known about her? Things that she’d written or been able to convey through her writing that she hadn’t to you?
Yeah, absolutely. To be quite honest, for the longest time I avoided looking at her diaries and her writings and her drawings. I found it really, really overwhelmingly distressing to read. I just didn’t. So when I gathered all the material together, there were certain holes in my mind about what happened when, and that’s when I started reading her book carefully and looking at the diaries.

What do you think your photography adds to her story?
I just hope that the juxtaposition between the photographs and the text will really give people pause when they see people on the street that they would just like to dismiss as skanked out junkies. I hope in some ways it allows people to find a place of compassion and maybe understand that everyone has a history, and just because you don’t know it, doesn’t mean that that history of a person isn’t important and relevant to their current situation. 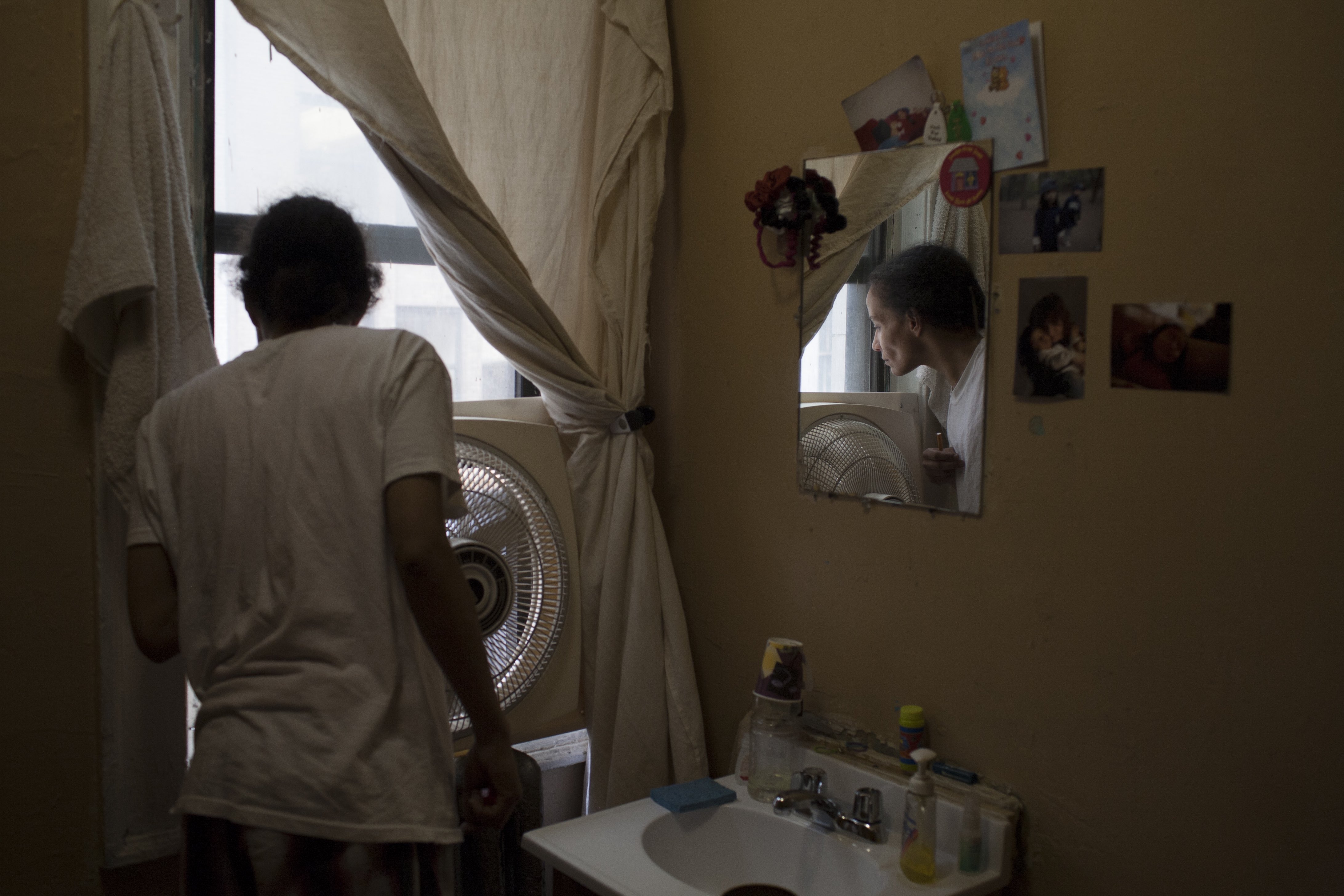 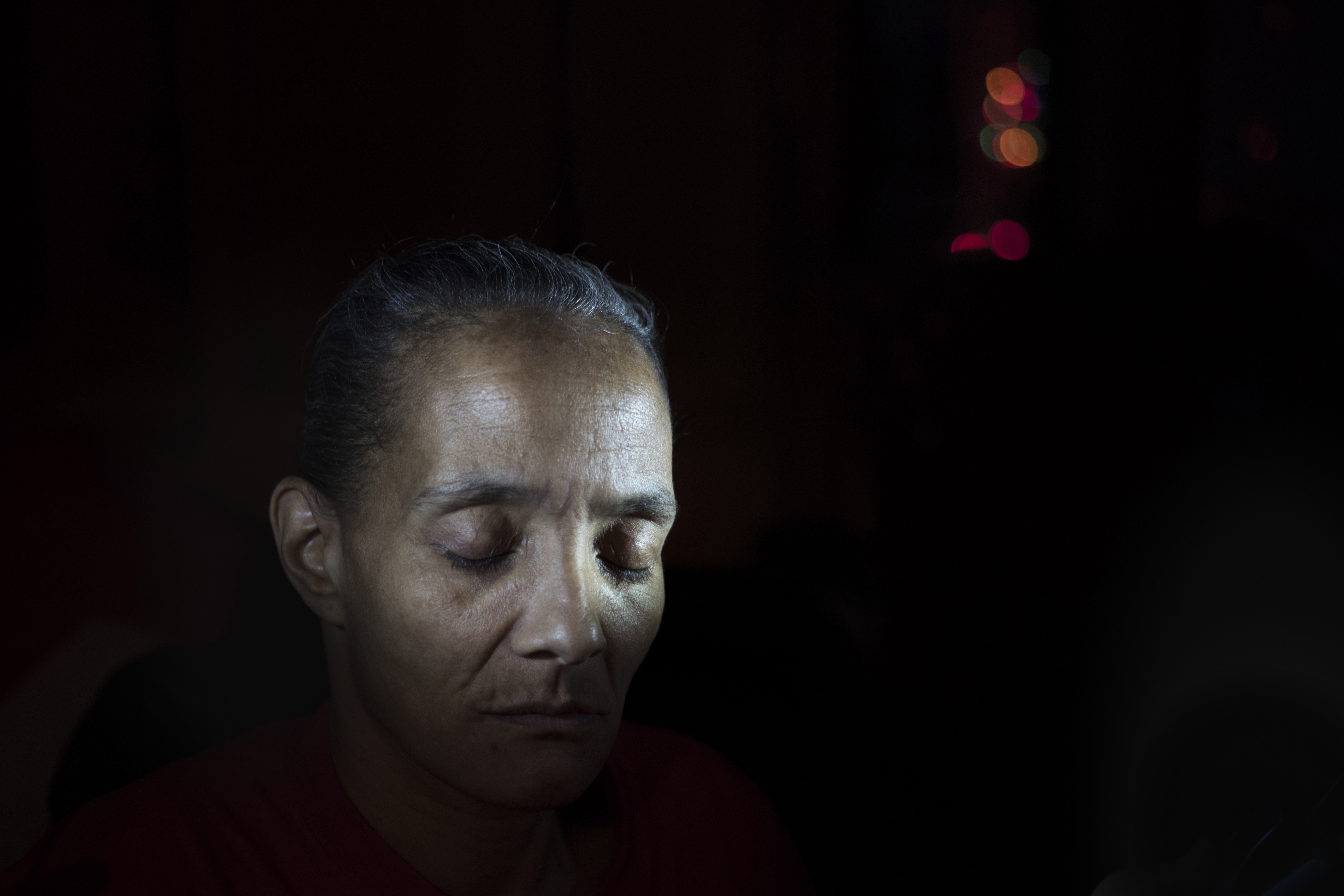 One thing that draws you and Kim together through this is the art therapy and the drawings that she does. At what point in your relationship with Kim did you start to see those drawings for the first time?
Her drawings were remarkable from the moment I saw them, and also shocking. I’d get little glimpses of her artistic ability, sometimes in her letters. But the more brutal explicit drawings, when I first got them, I looked at them briefly and I just shut them away. I didn’t want to look at them. If Kim wasn’t an artist herself, we never would have done this together.

You’ve had such a long relationship with Kim from what was a chance encounter. Did you ever think that you would be publishing something like this with her?
Oh no. Those pictures from London – they’re mostly Kodachromes – they were just sitting in a notebook. I never scanned them, I never put them in any archive, I never did anything. I didn’t want to photograph her getting high. I didn’t want to photograph those things. It never occurred to me that we would even know each other, or that she would even be alive 27 years later. 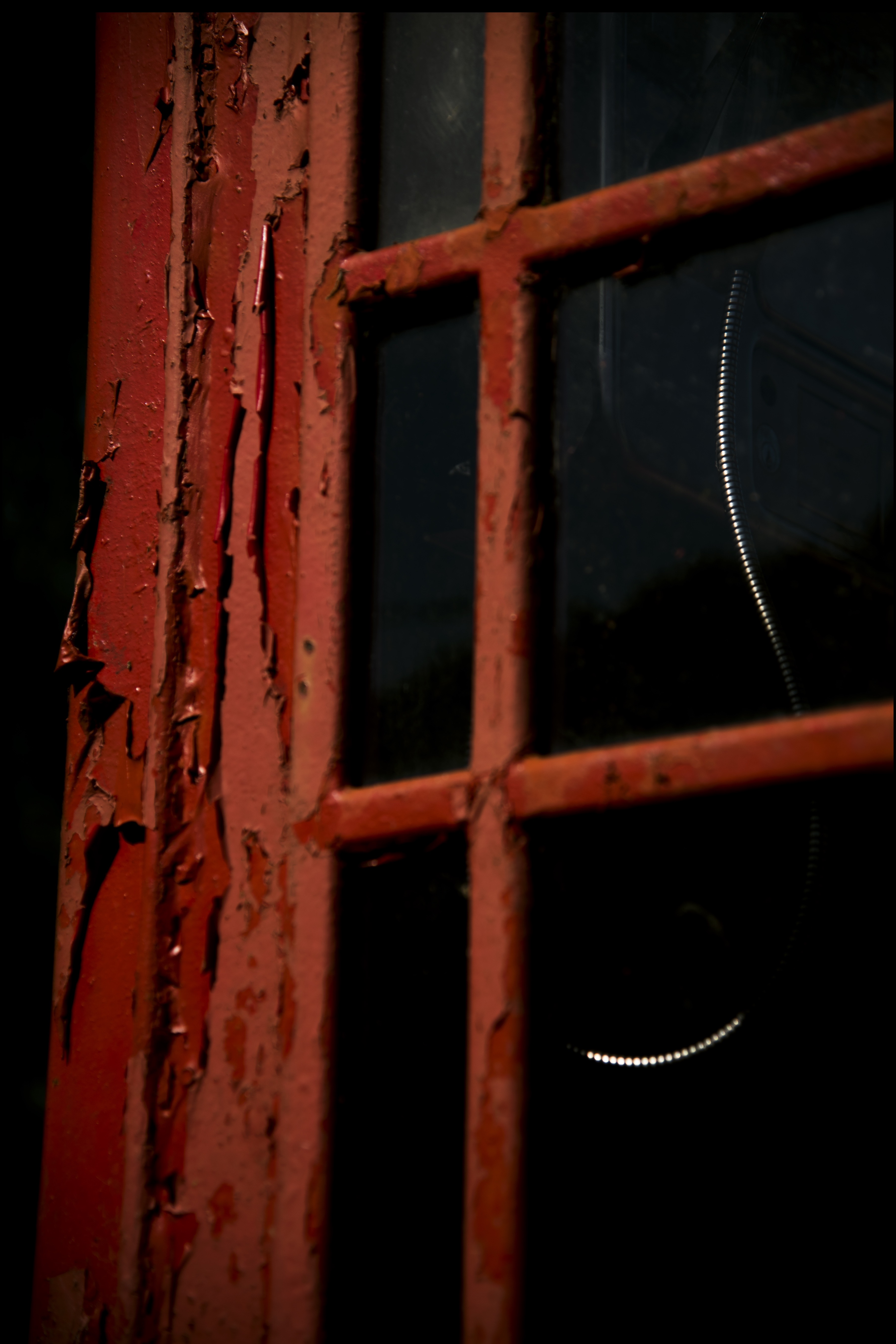 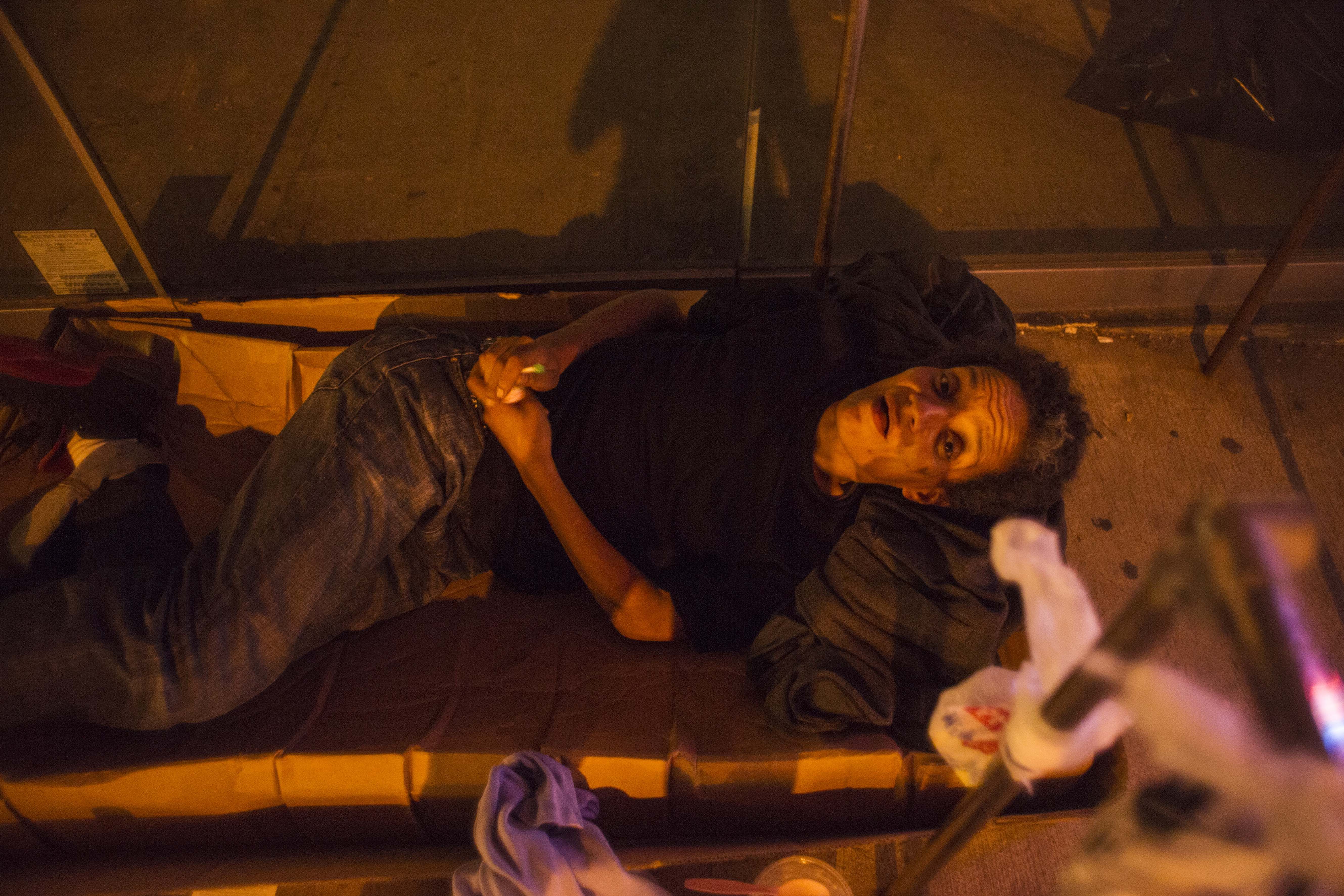 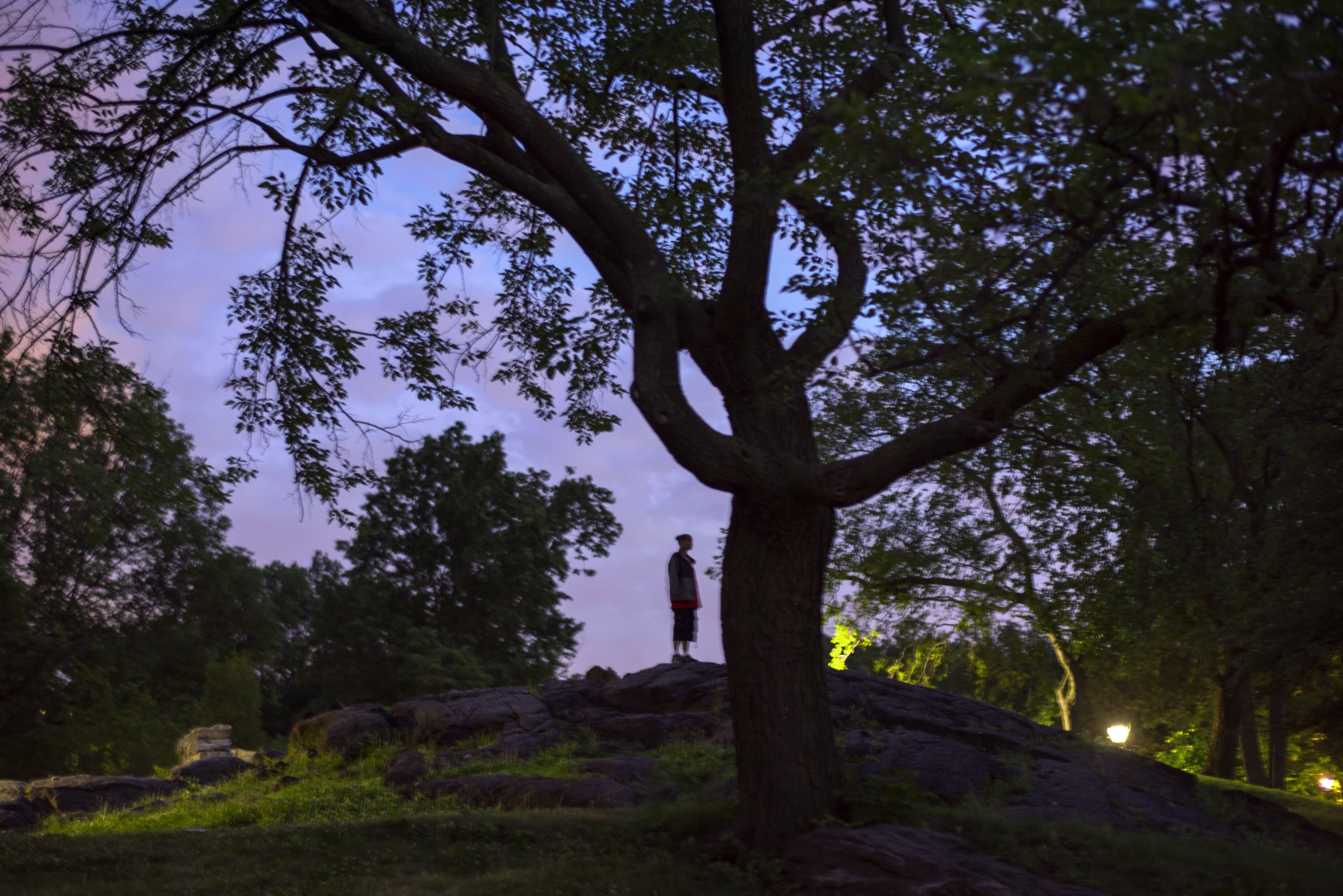 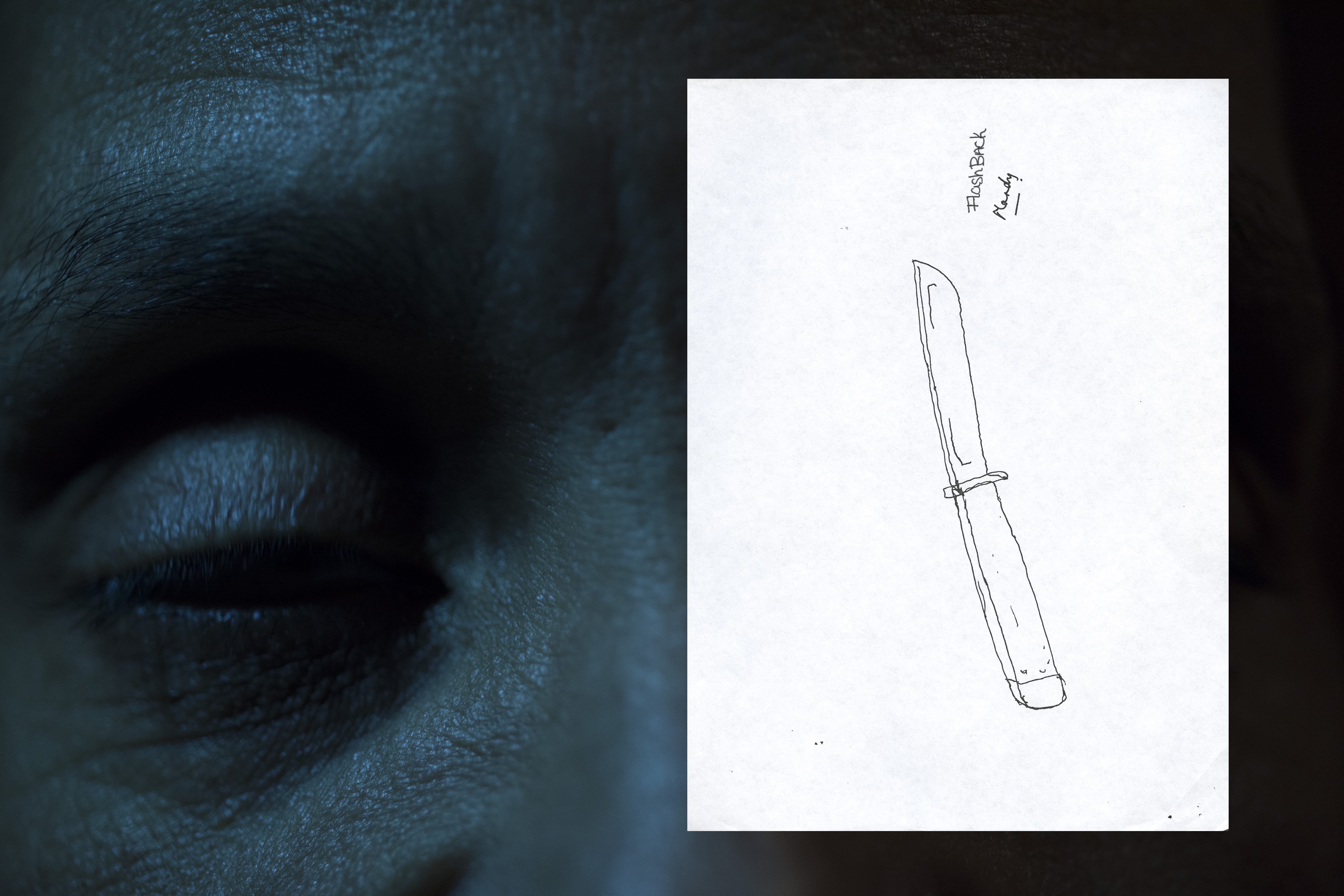 An Autobiography Of Miss Wish will be released on November 16 via Kehrer Verlag.

Linkedin
RELATED ARTICLES
OTHER ARTICLES
A sharp increase in officers armed with the electrical weapon is resulting in serious injuries and deaths.
To mark the premiere of his new documentary on surfing giant Gerry Lopez, the filmmaker and former pro skateboarder sits down to share his unique brand of wisdom.
Following the release of his latest album, the rapper talks about finding a new approach to songwriting, attitudes to poverty, and why his music is more than a political statement.
After rewriting the indie rulebook with her devastating songs about romantic longing, the singer-songwriter is now imagining a future in which the artist is no longer a product.
The author discusses her new memoir, which offers a sobering reflection on the racism and otherness she’s experienced along with a joyful celebration of her culinary heritage.
With the virus now a global health emergency, we must take steps to fight misinformation and demand a swift UK-wide vaccine roll out, writes Phil Samba.