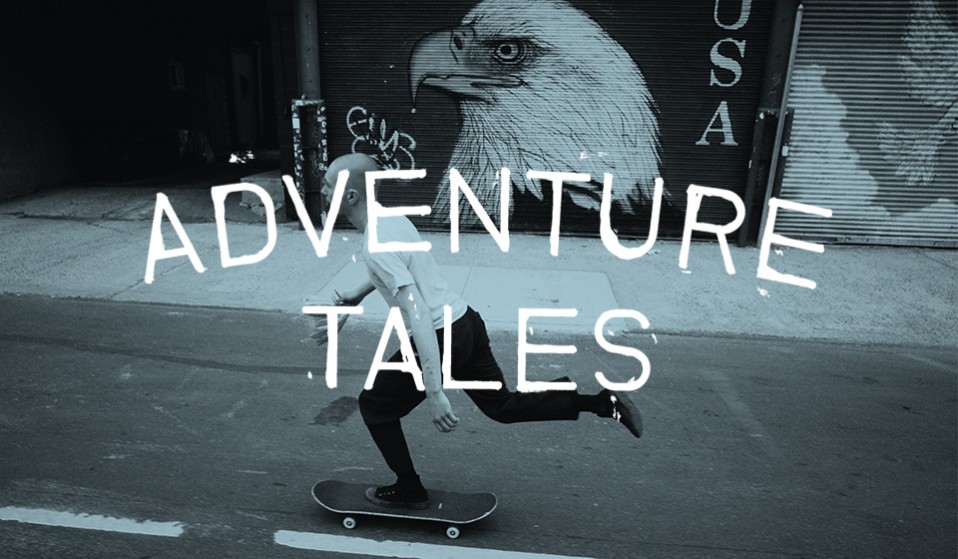 In Huck’s Adventure Issue we joined up with a motley crew of headstrong characters to explore uncharted territory.

We learned that adventure means a whole load of different things to different people, from a polar expedition for explorer Ben Saunders to seeing New York City through an outsider’s eyes for skate photographer Pep Kim.

Here, Pep describes how living in the States takes him out of his comfort zone every day but the birth of his daughter was a totally incomparable experience.

What do you picture when you hear the word ‘adventure’?
A motorcycle roadtrip.

What did adventure mean to you when you were a kid?
Can’t remember. But my youth was full of excitement.

What does adventure mean to you now?
Exploring New York City.

When was the last time you felt completely out of your comfort zone?
As a stranger in the States, I feel out of my comfort zone everyday. It’s getting a lot better though.

When were you last scared?
N/A

What’s the most adventurous thing you’ve ever done?
I spent two weeks road tripping along the East Coast of Korea when I was 21, with 50,000 won (about $45) in my pocket. Sleeping on the beach, road & train stations, hitch hiking, getting kicked out of old temples, etc.

Who is the most adventurous person you know?
Patrik Wallner. He’s my good buddy and travels all around the world for his own skate projects.

If your life was an adventure novel, what would the title be?
The boy who wished to be a professional soccer player.

When was the last time you saw something completely new for the first time?
When my first daughter was born.

How do you bring adventure into your everyday life?
Meeting new people. Asking questions. Being a friend to them.

Complete the sentence: A life without adventure is…..?
Miserable.

If you were on a yoga retreat, or in therapy, and were told to picture ‘your happy place’, what would it look like?
A beach on Jeju Island.

What in life gets your adrenalin pumping?
Family, photography, soccer, skateboarding.

If you had to walk around the world, what would you carry in your backpack?
Passport, credit card, Leica CL, rolls of film, notebook, pen, clothing, pairs of socks and underwear.

What’s the one thing on your bucket list you’ve never told anyone about before?
N/A

Linkedin
RELATED ARTICLES
OTHER ARTICLES
Photographer and wanderer Laura Austin has made a career out of a curiosity for the open road. Here the rolling stone reflects on the passion behind her pilgrimages.
With a surf film festival in London and a predilection for cold-water surfing, Chris Nelson finds adventure in unexpected places. Here he reflects on the wild tales of his life.
Tom Carroll uncovers the hidden history of Los Angeles in his Youtube channel Tom Explores LA. Here he talks about putting his life in harms way every day and the joys of the open road.