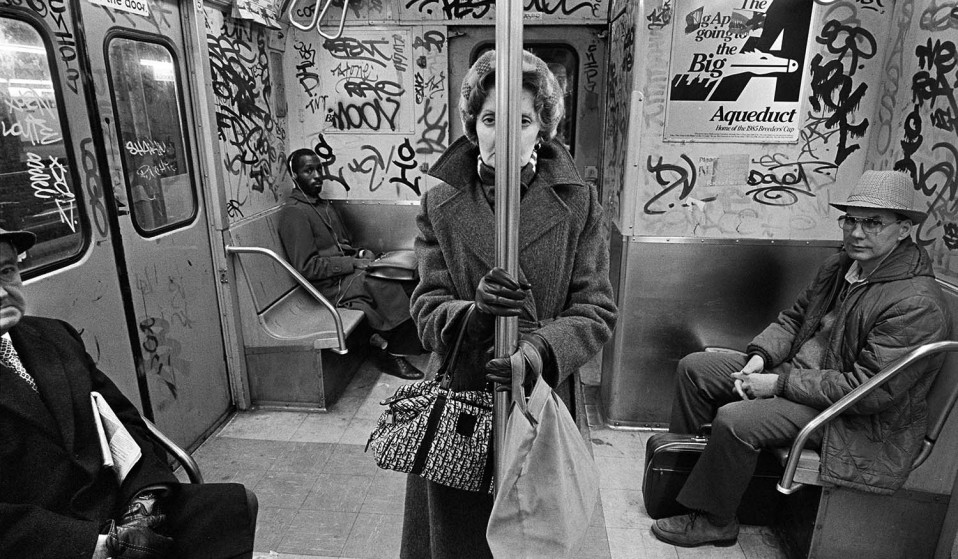 Photography © Richard Sandler / The Eyes of the City

Photographer Richard Sandler captured the chaos and creativity on the streets, before the Big Apple was hollowed out by greedy real estate speculators like Donald Trump.

Photographer Richard Sandler captured the chaos and creativity on the streets, before the Big Apple was hollowed out by greedy real estate speculators like Donald Trump.

“I’m sick of New York, I’m sick of these assholes changing what was my fair city into a hellhole of their investment speculation,” barks Richard Sandler, over the phone from New York state.

In hindsight, less than 48 hours after the election of President Donald Trump perhaps wasn’t the best time to get an optimistic take from such a socially engaged filmmaker and photographer – but today Richard is spitting fire.

The Eyes of the City showcases his captivating New York street photography shot between 1977 and September 11 2001, which also includes images shot in Boston during the same period. With a social consciousness that seems hard to find these days, Richard documented the decay, poverty and drug addiction of a city going through hard times, but also the vibrancy, inclusivity and creativity that was fuelled by cheap rent and easy access to art spaces. 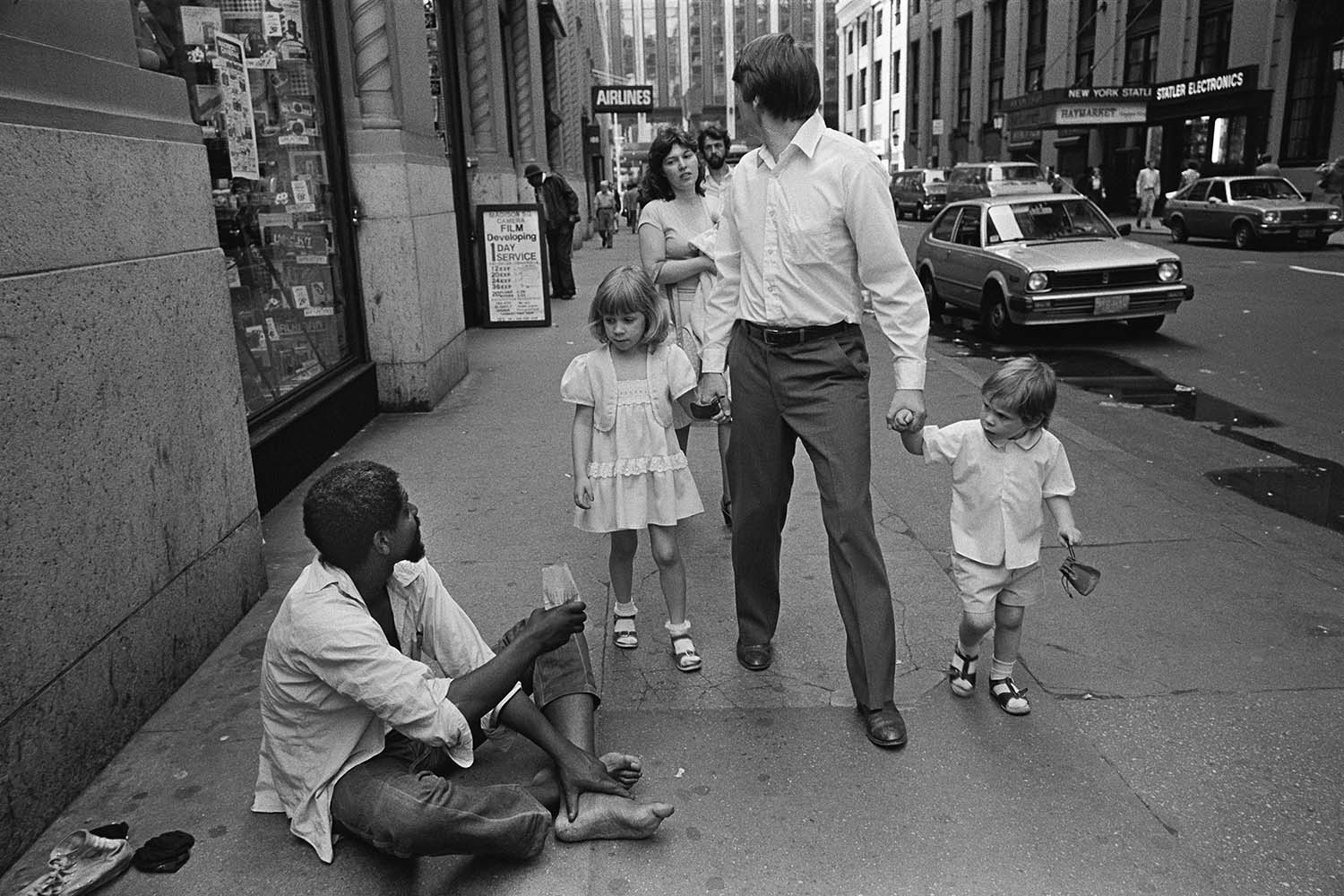 Looking back, Richard feels the soul of the city he documented back then has been lost and the vibrant street culture he was drawn to capture over more than two decades has been destroyed by our addiction to technology and by the gentrification ushered in by greedy property developers like Donald Trump.

“I was driven to document the persistence of beauty and soulfulness in the city,” Richard explains. But the city he was enthralled by was in a bad place during much of this period. White flight and deindustrialisation had left much of New York City drug-ridden, decaying and dangerous. In the late ‘70s it was threatened with bankruptcy and pounded by austerity, leaving many of the city’s most vulnerable in a state of destitution.

Richard’s work often revealed the strength and resilience of those visibly suffering, with the hope of provoking change. Although he found glimmers of hope amid difficult times, he’s conscious of not overly-nostalgising this period. “These issues are extremely complicated,” he explains “There was a negative side to it, crime was higher, crack, heroin and other bad drugs were there also.” 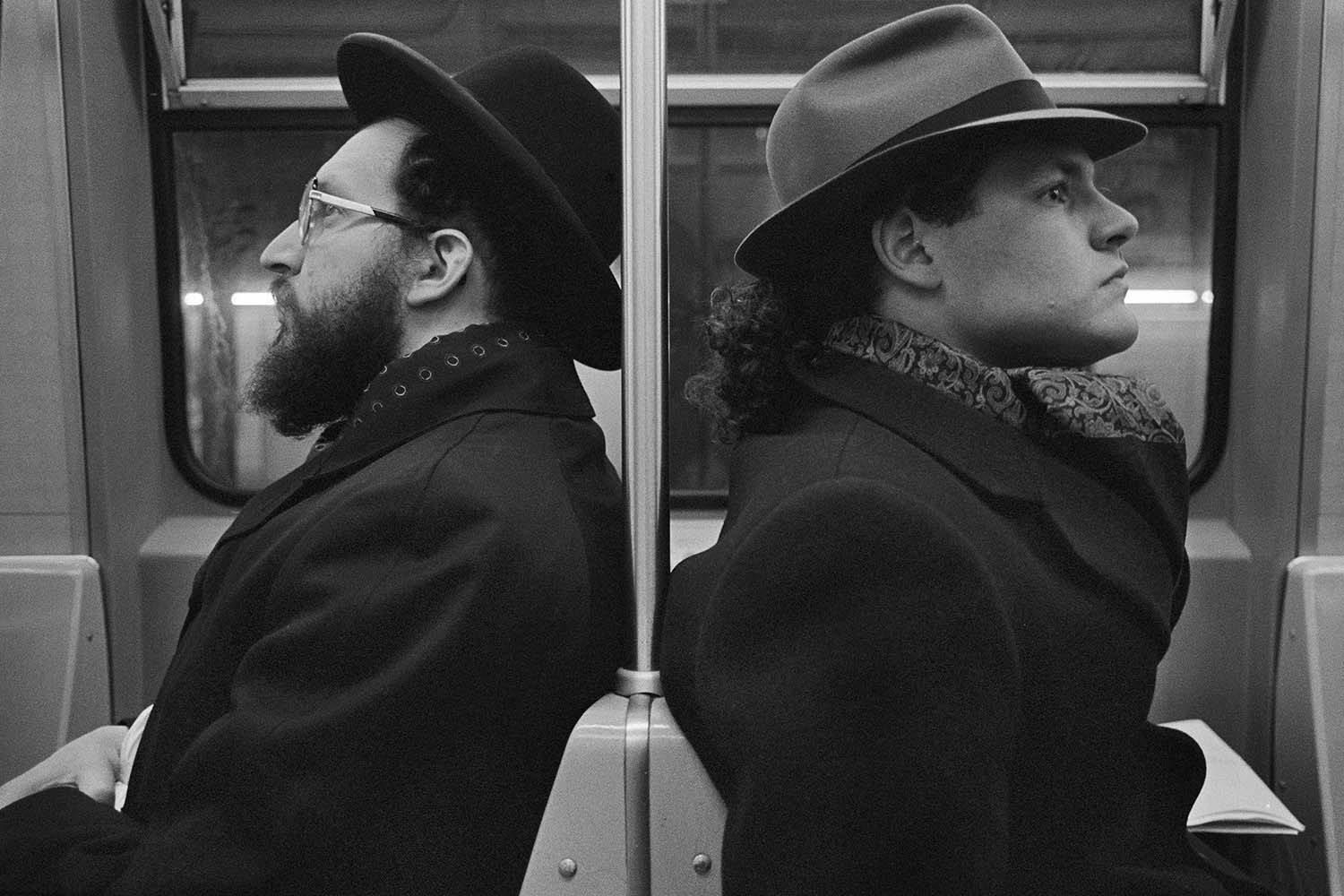 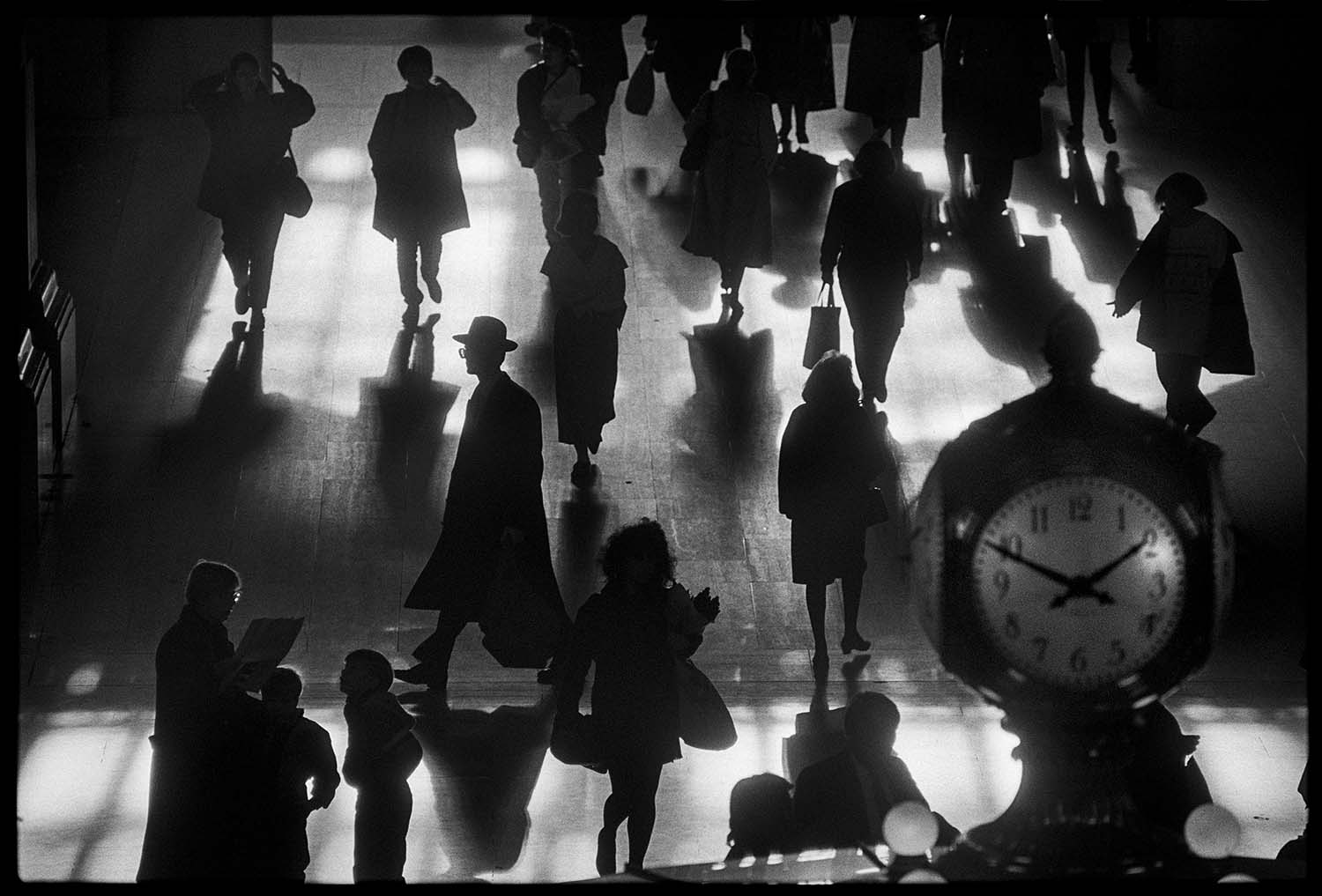 Yet amidst the chaos, Richard highlighted the creativity and energy that existed on the streets. “New York City back then was altogether a more creative place,” he says. “Because it was affordable, artists who were very experimental and beginning in their journey could live there.”

It’s this side of the city he’s angry to have seen destroyed. The energy on the streets he feels has been sucked up by the proliferation of mobile devices. “Cell phones have basically turned people into automatons and zombies, slaves to their electronic devices,” he says. “Their attention is on screens, not on reality. When you’re on the street with your phone, your attention is somewhere else. The smile or the frown you exhibit as you’re talking on the telephone is for somebody else who isn’t there, so you’re not actually a citizen at that point – you’re in a virtual bubble. You’re no longer participating in the democracy of the street. For me, they’ve killed street photography.” 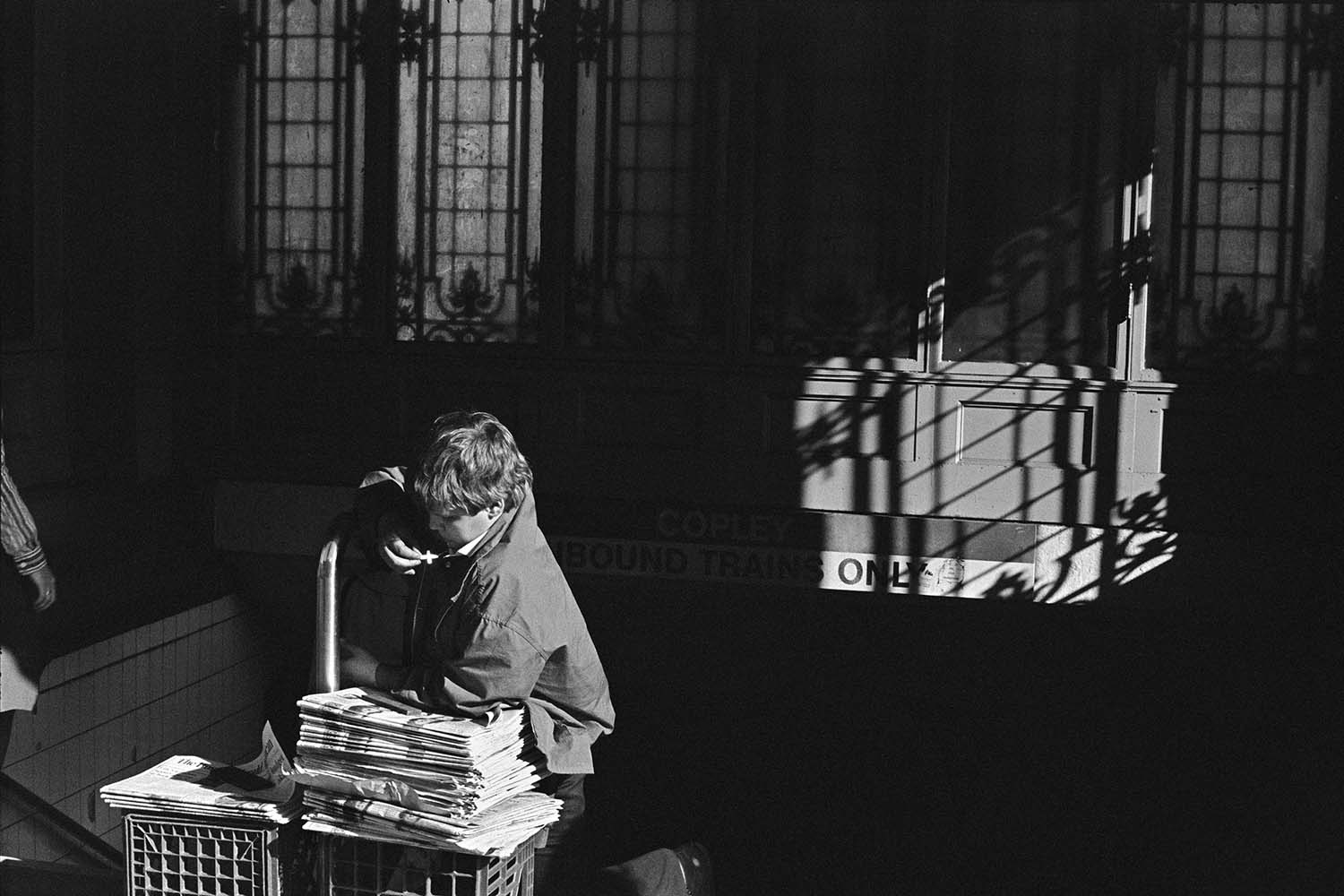 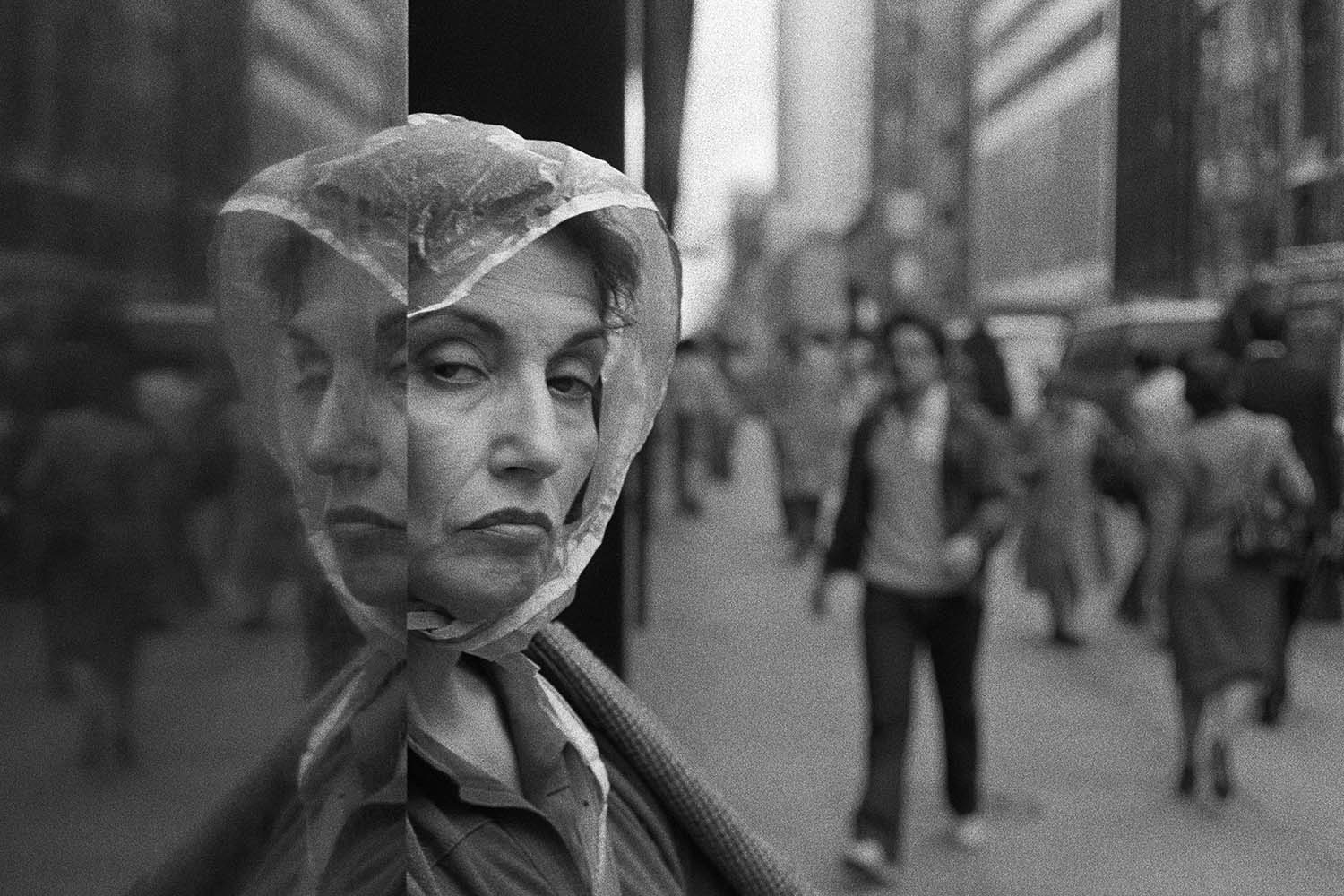 Yet he reserves his greatest scorn for the developers who have ripped up the fabric of NYC, extinguished the creative embers in the old warehouses and on the streets, and turned the city into a dull, corporate playground. “This all changed because big people wanted to make money,” he explains. “Take a step back to late ‘70s when I began shooting and you can see the start of this real estate boom that has now encompassed all of New York City, driven by Trump and his ilk. Donald Trump is the pinnacle of that trend, which was to see a new marketplace, in this case real estate, and jump all over it.”

Taking tax breaks from a desperate city government, Trump was one of the leading figures buying up cheap land to create huge corporate developments from the late ‘70s onwards. During the 1980s, the effects of crime and crack were devastating the city and graffiti was exploding across the Bronx, Times Square, East Village, Harlem and elsewhere. The poor were beginning to be pushed out of their homes by rising rents and development. But in Midtown the rich wore furs in vast numbers and the mantra “greed is good” was becoming gospel. 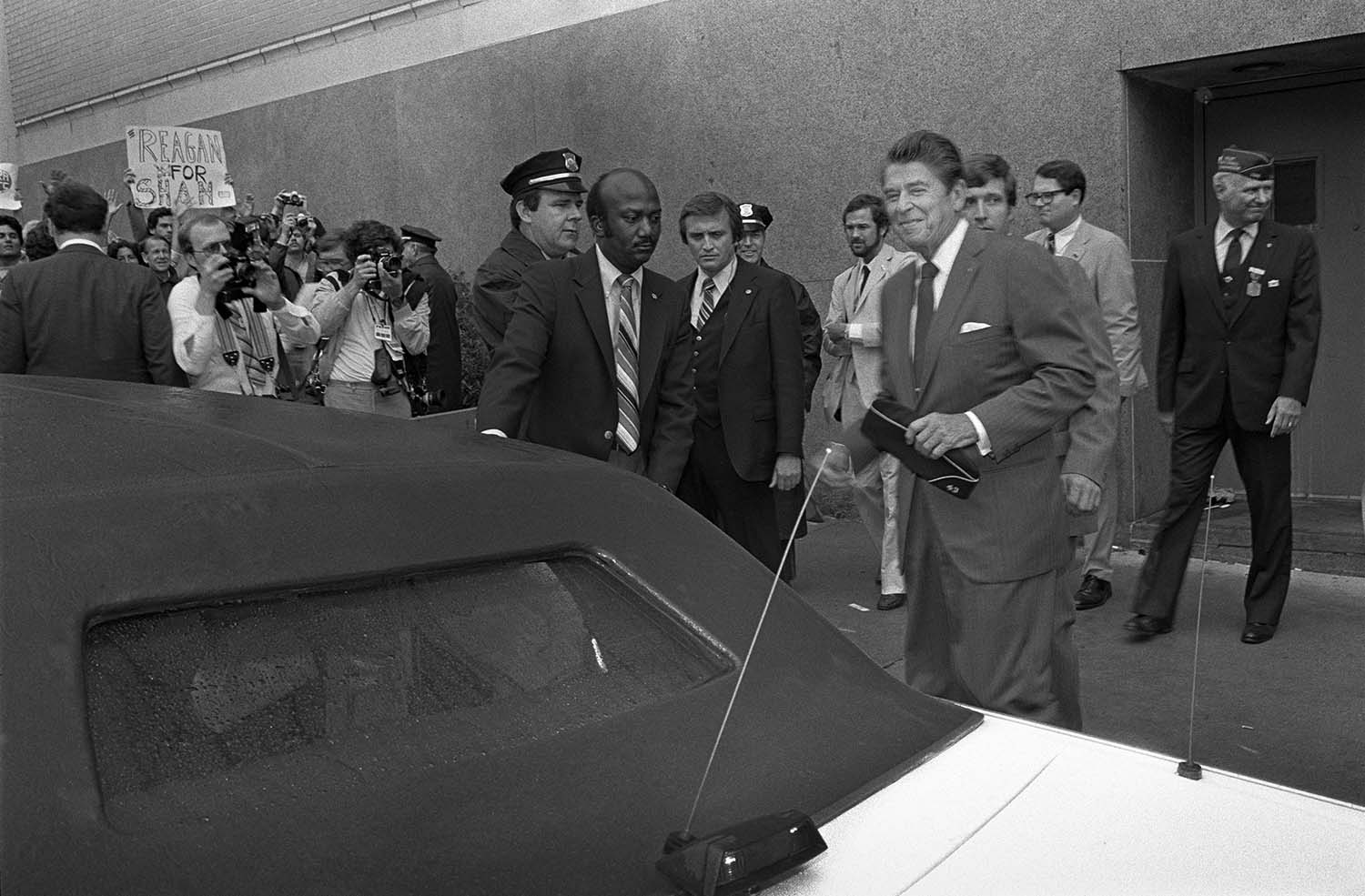 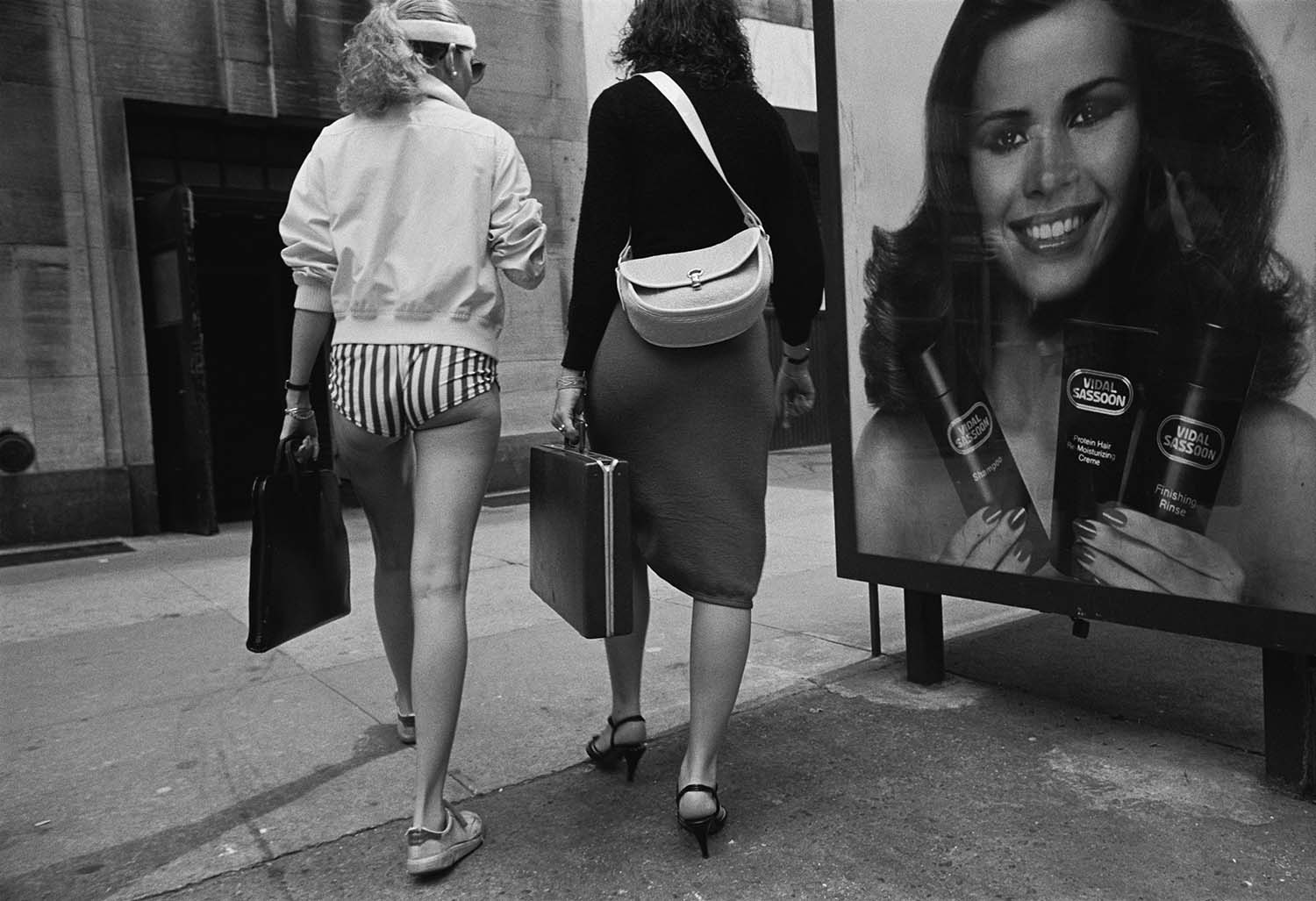 Flash forward to today and a chorus of voices have joined Richard in lamenting the demise of NYC’s grassroots creative culture, the expulsion of the poor and the abandonment of the most needy – or the “losers” in Trump’s terminology. The election of Trump to the presidency is the elevation of the ideals of greed and selfishness to the highest levels of power, Richard argues.

“[Trump] is a disgusting flaw in the scheme of human compassion,” he says. “The people who use greed as a way to feather their own nests are horrible people. It’s a worsening lot. Money insulates you from the suffering of others.” 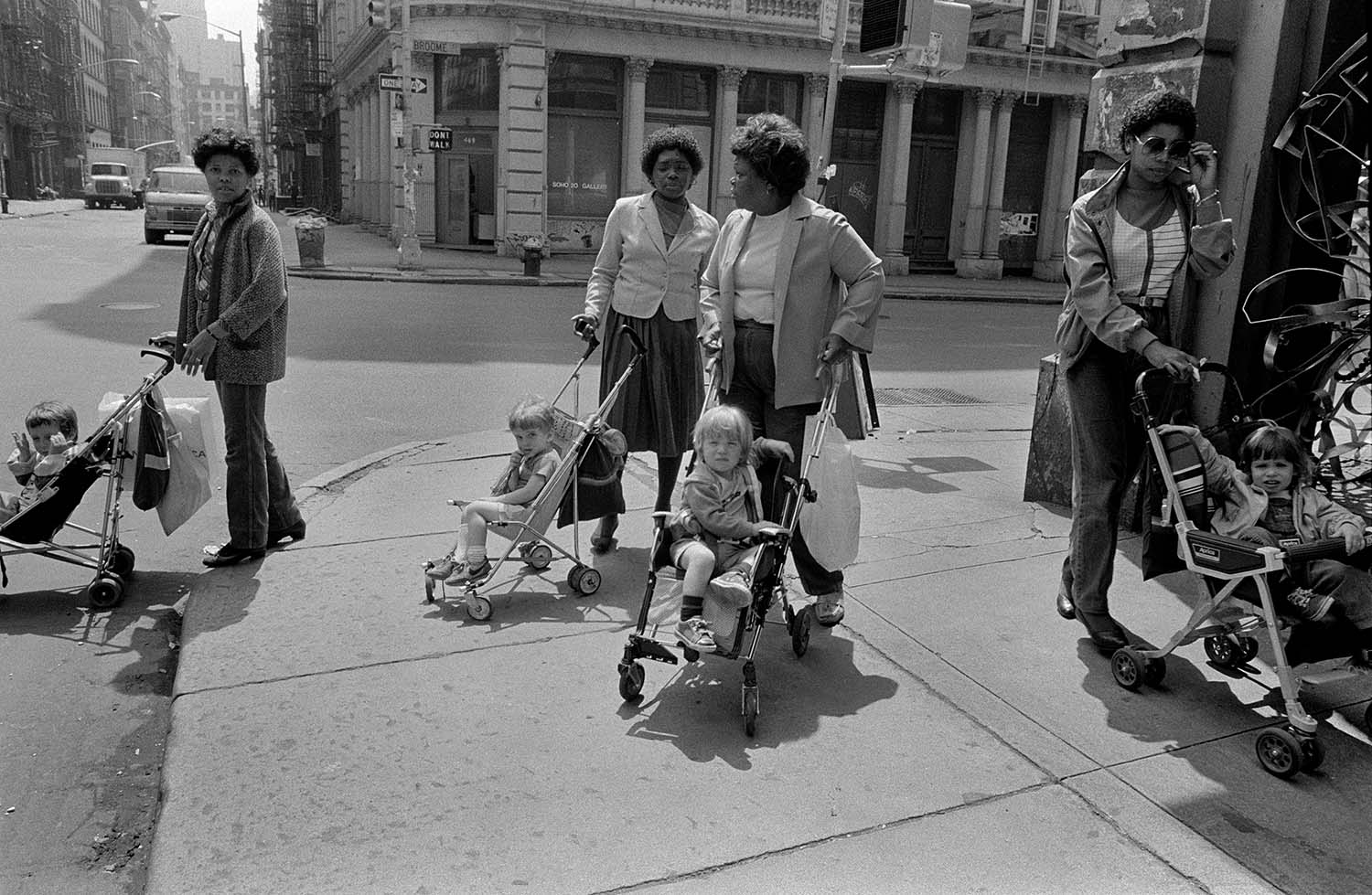 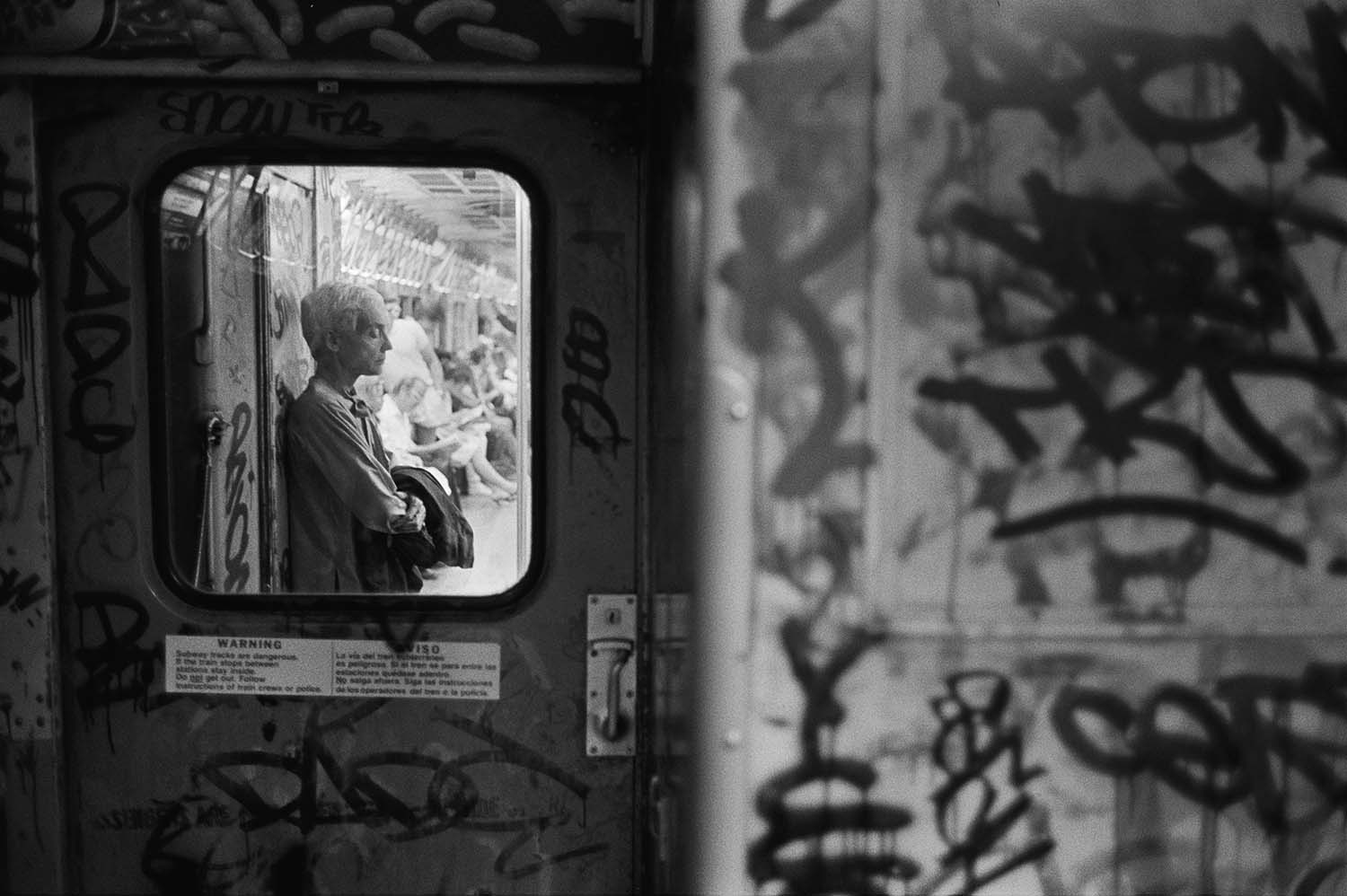 Richard’s desire to make socially conscious work that highlighted the plight of the less fortunate has sadly fallen out of style – in NYC and across the country. “My intention was to try lift people up and show how flawed a system was that consigned people to the streets to live really difficult lives,” he says. “They may be on the streets but they hold the moral high ground and they can see through the duplicity that is all around us.”

Richard was eventually bought out of his rent-controlled apartment in the city and moved to a small town further up the Hudson River. While he misses the chaos and creativity of the lost New York that fascinated him for decades, he has no reservations about turning his back on the city today. “Money and greed absolutely ruined New York – the city has been conquered and sold to the highest bidder,” he laments. “It will be a long time before humans live kindly with one-another, unfortunately.”

The Eyes of the City by Richard Sandler is published by Powerhouse Books.

Linkedin
RELATED ARTICLES
OTHER ARTICLES
Following the release of their third album, the duo talk collaboration, family and connecting with the dead.
A new exhibition brings together 150 works by twelve photographers, offering mesmerising and intimate depictions of life.
The photographer reflects on a decade which saw the rise of MTV and the flourishing of new genres.
A new photo series documents tribes preserving the environment through simple, sustainable practices in central Asia.
After a devastating fire, creatives in the city are coming together to call for more affordable workspaces.
Planet Ardbeg is a 40-page sci-fi anthology created by three cutting-edge artists.