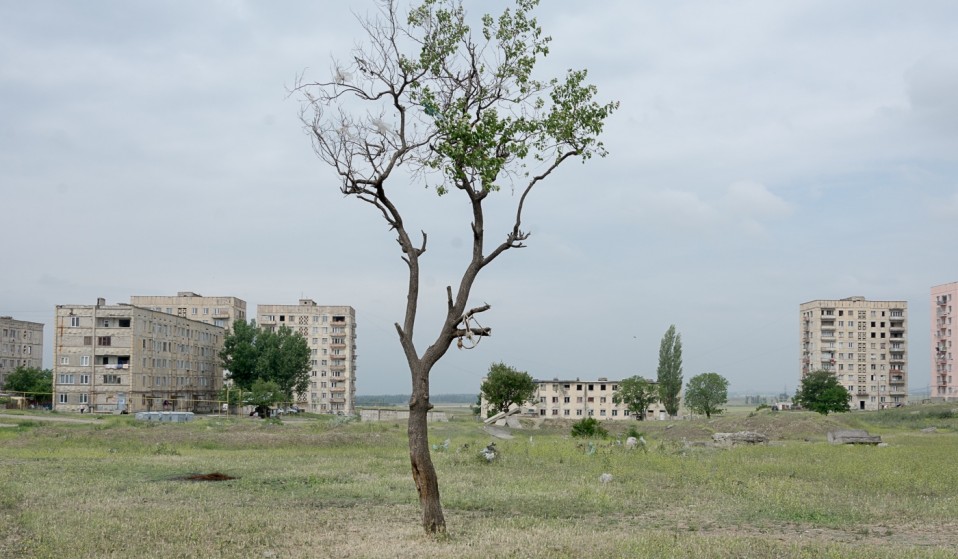 The tower blocks of Vaziani – located just outside of Tbilisi – used to be a luxurious base for Russian soldiers. Now, they’re a symbol of the region’s widespread poverty.

The tower blocks of Vaziani – located just outside of Tbilisi – used to be a luxurious base for Russian soldiers. Now, they’re a symbol of the region’s widespread poverty.

Just a 30-minute drive out of the Georgian capital of Tbilisi, is a housing estate named Vaziani, which is little-known even to Georgians. Built during the Soviet era, the tower blocks of Vaziani once housed Russian soldiers stationed at a nearby military base.

“Back then, the military were very privileged and life was good in Vaziani,” say photographers Arne Piepke and Ingmar Björn Nolting over email. “But after the collapse of the USSR, the stationed soldiers left the housing estate for home and the tower blocks fell into disrepair.”

“Nowadays it’s home to refugees and people from deprived backgrounds. After seeing the settlement for the first time, we quickly decided that we wanted to tell this story.”

Remains of a Soviet Utopia, a project by Piepke and Nolting, came about after meeting a 17-year-old named Edo, who invited the pair to his home in Vaziani. Staying at Edo’s home, they soon became integrated into his family life, and managed to gain the trust and respect of other residents living in Vaziani. 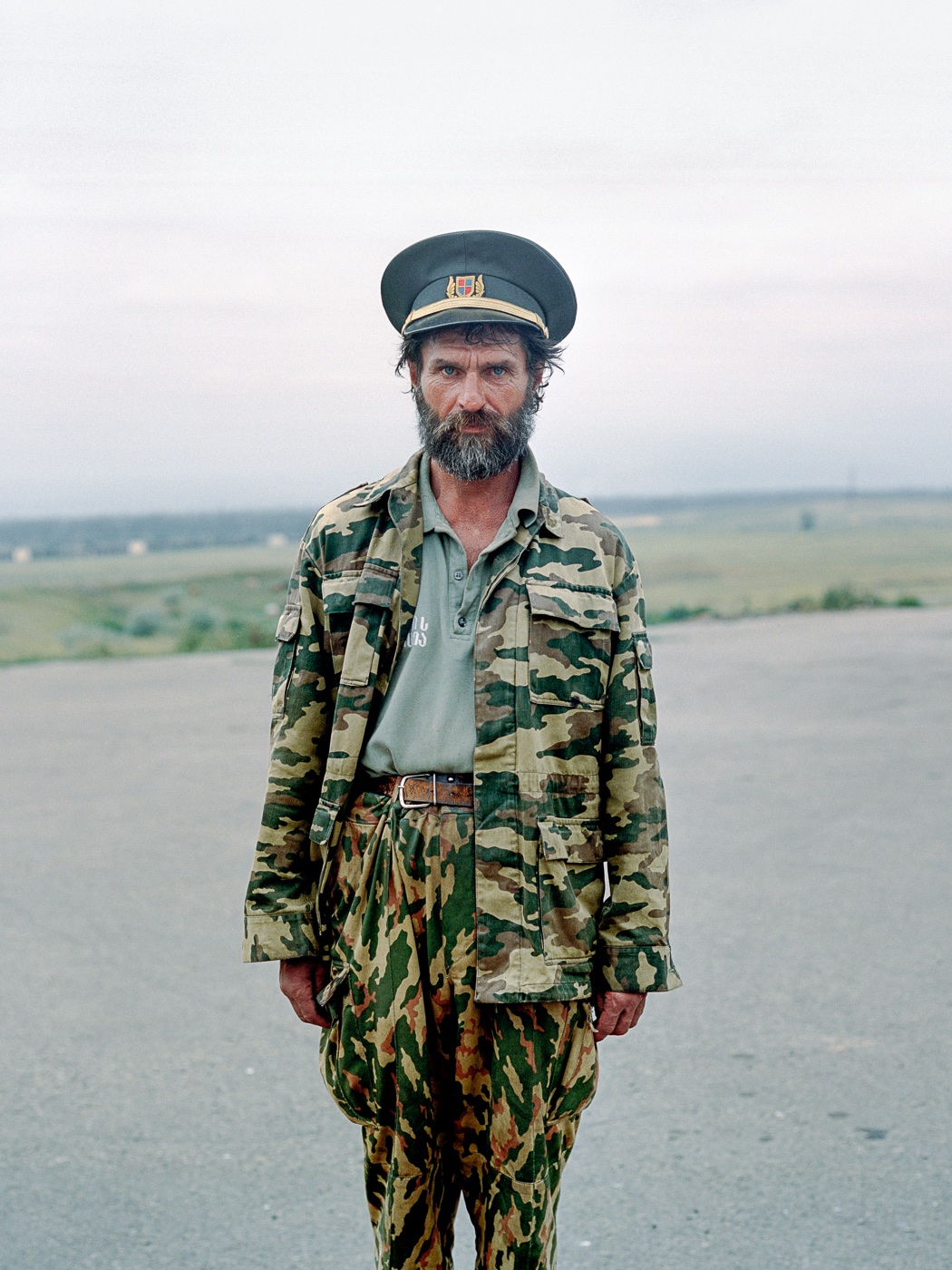 Vaziani was built for Russian soldiers during Soviet Union. Russia ceded control in 2001 to the Georgian Ministry of Defence. “The dream of a wealthy military city has vanished after the collapse of the Soviet Union,” tells Andrei.

Piepke and Nolting explain that problems are prevalent in the settlement, which is home to around 4,000 inhabitants. Unemployment is rife. There is a lack of fresh water, widespread poverty and buildings in danger of collapse. But for the people who live there, there is no alternative.

In order to give the community a voice in the project, many of the photos are captioned with quotes from Vaziani’s residents. “Most people wanted to tell their story and convey their feelings about the place, what they tried in order to change their situation and their hopes for the future,” says Piepke and Nolting.

Working in tandem was beneficial in many ways, reflect the pair, who are also the founders of DOCKS Collective. “Motivating each other and constantly reflecting on the work is one of the main advantages of working in a team. Our criticism is very honest. As friends working together at the same time, it shaped us a lot. When you share the same vision of a project, it can strengthen a body of work.” 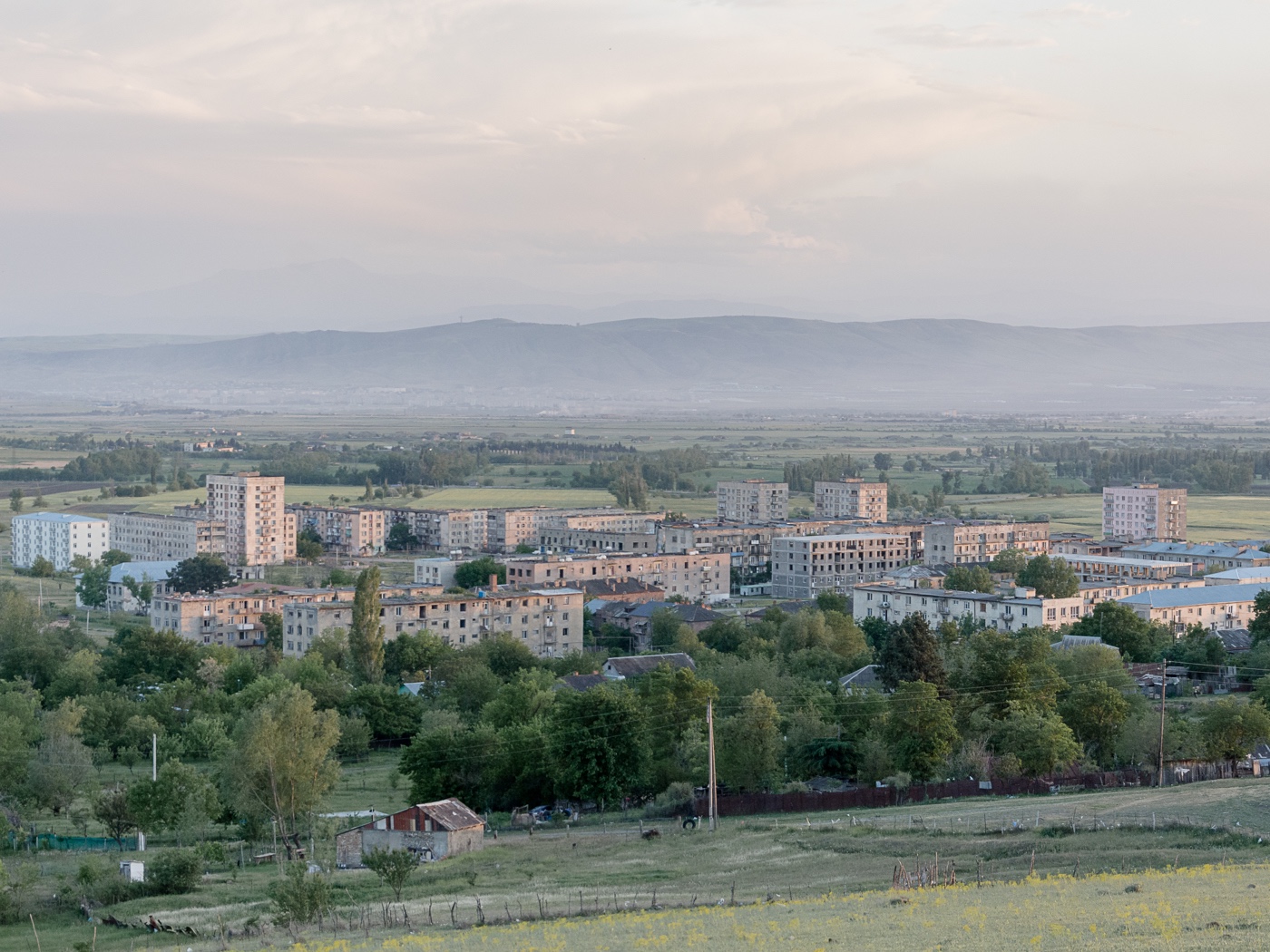 About 4000 People call the settlement of Vaziani their home. They live in flats in run-down tower blocks – most of the inhabitants are living with their large families. 12 out of 42 tower blocks are in acute danger of collapse.

The main challenge lay in finding the right photos. “Photography always leaves more out than it can show, and it is very limited in its narrative ability,” they say. “We were looking to capture photos which mainly suggest; photos that do not give away too much or over-dramatise this place. We wanted to show the place and the people in an honest and dignified way.”

“Our goal is to create a mood that will have a lasting emotional effect on viewers, to raise questions and make them think about the subject,” adds Piepke.

During their annual trip to Georgia for the Kolga Tbilisi Photo Festival earlier this year, Piepke and Nolting returned to Vaziani and handed prints to the people they’d photographed two years ago. Reflecting on Vaziani’s current state, they admit it was sad to see that “basically nothing has changed there.”

“We won’t change their situation with our photos,” say Piepke and Nolting, “but if some people start to think about it and get to know the place a bit better, we already achieved a lot.” 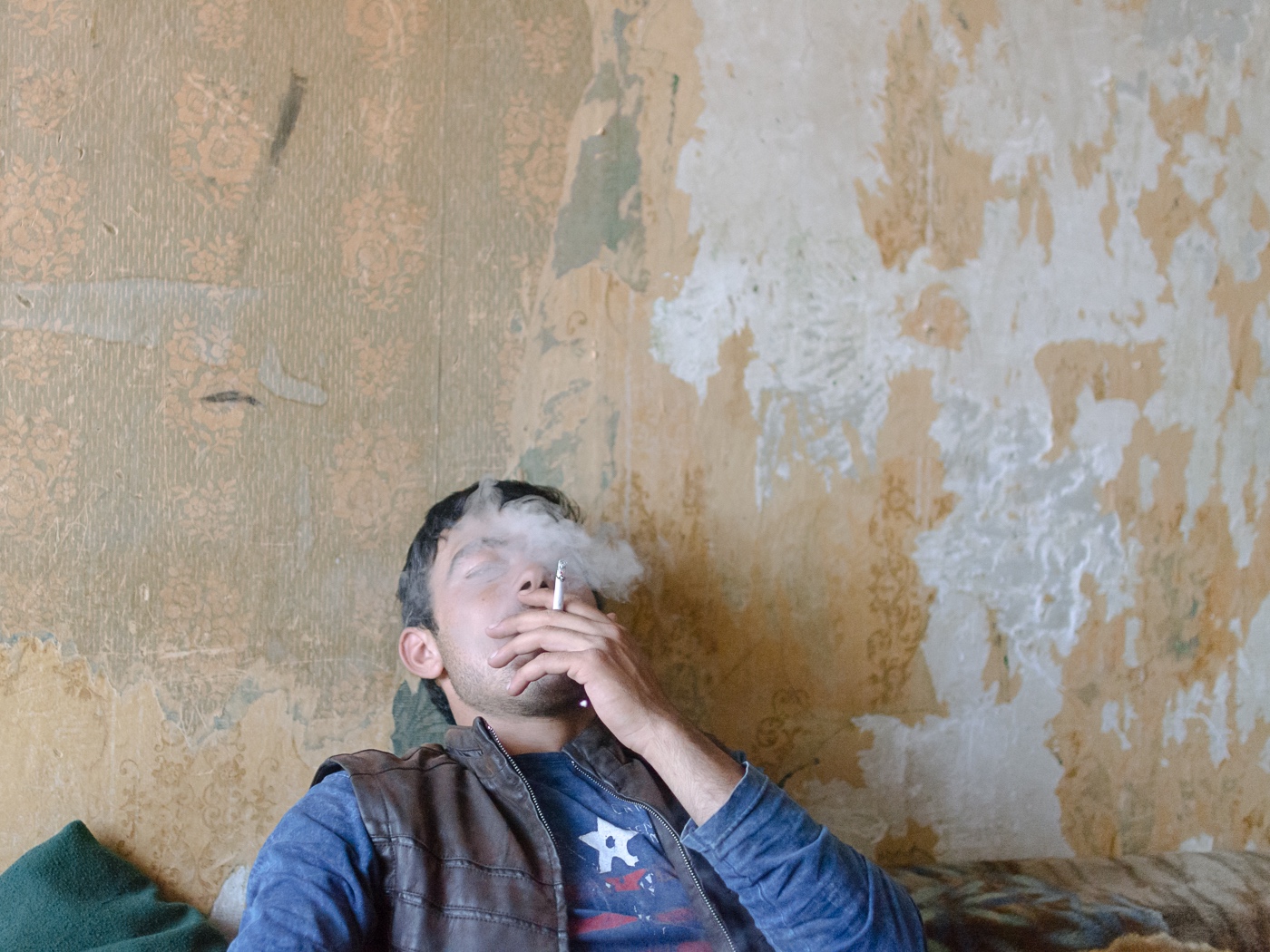 A friend of Edo smokes a cigarette in Edo’s room. Just like this one, most apartments are furnished sporadically. Their owners are in lack of any means to renovate their homes. 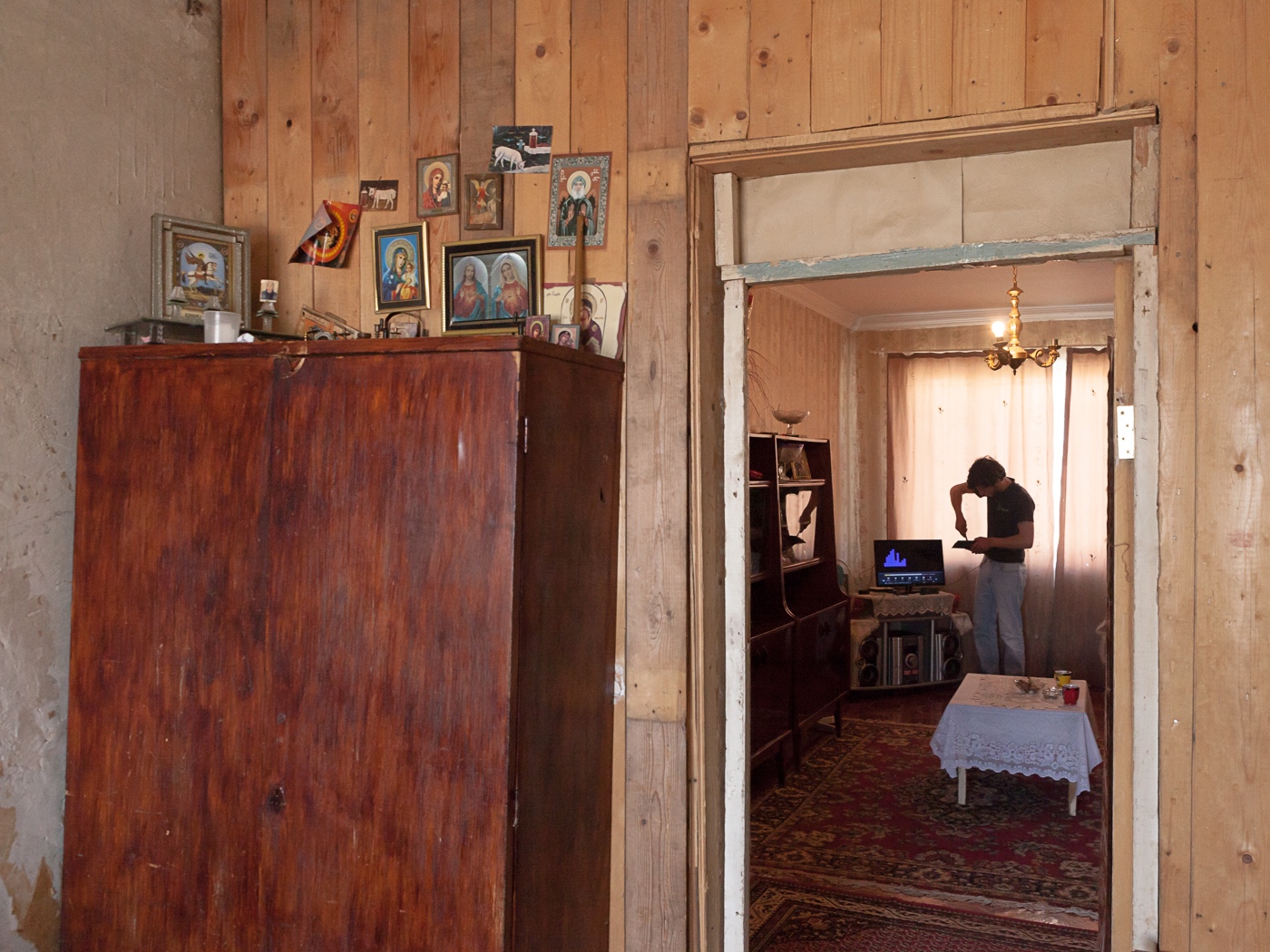 17 year old Edo, the only man in the household, is repairing his small music box. Because of Marina’s illness, it’s his job to raise money for the family. The last job he took on was helping some local farmers shear their sheep. He only kept a small amount of the money for himself, the rest he gave his mother. 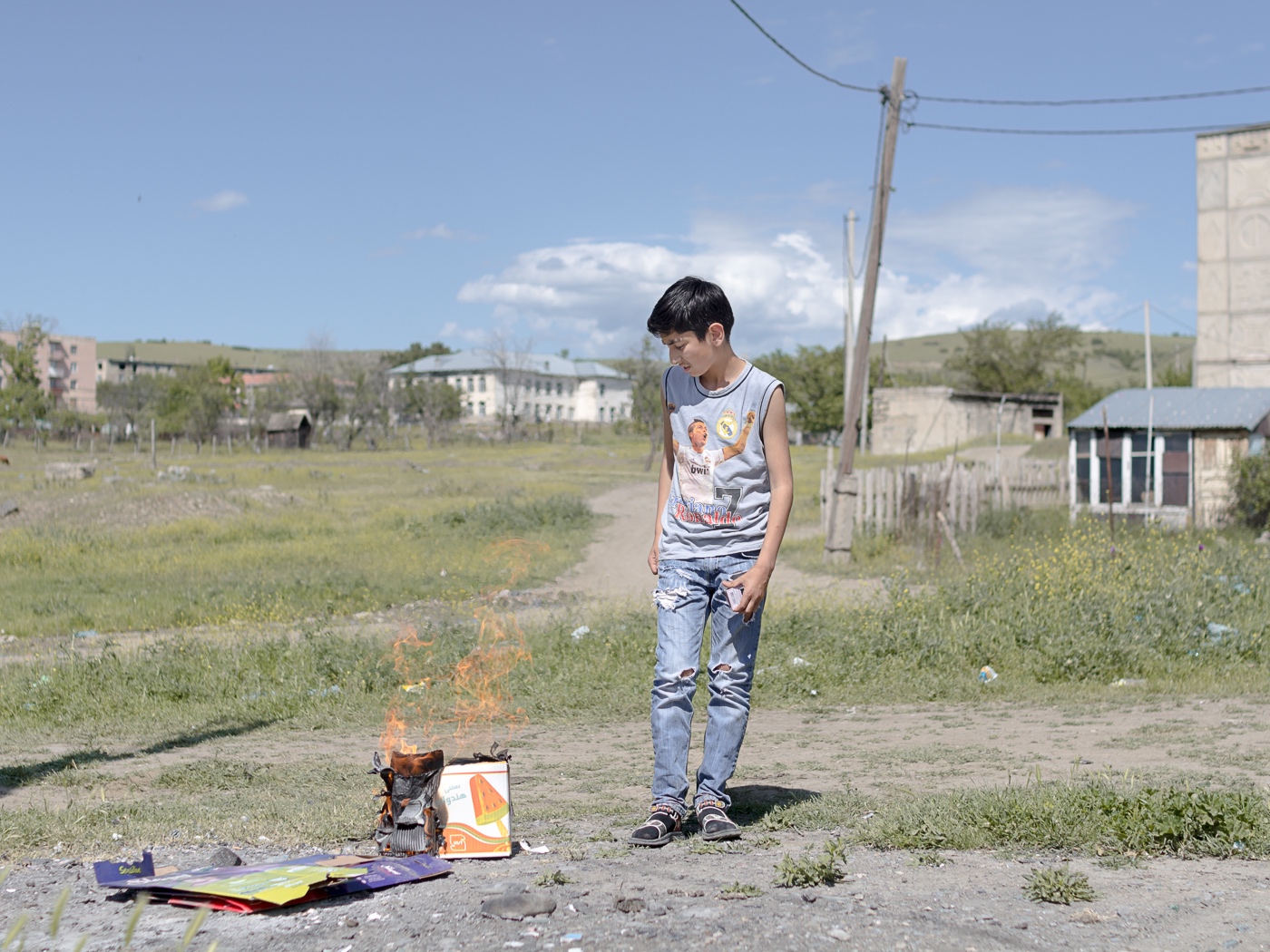 A boy burns collected garbage in the center of the settlement. Children struggle to find activities in Vaziani. The parents in the settlement worry about the future of their kids, thus they try to give them better prospects in life through education. 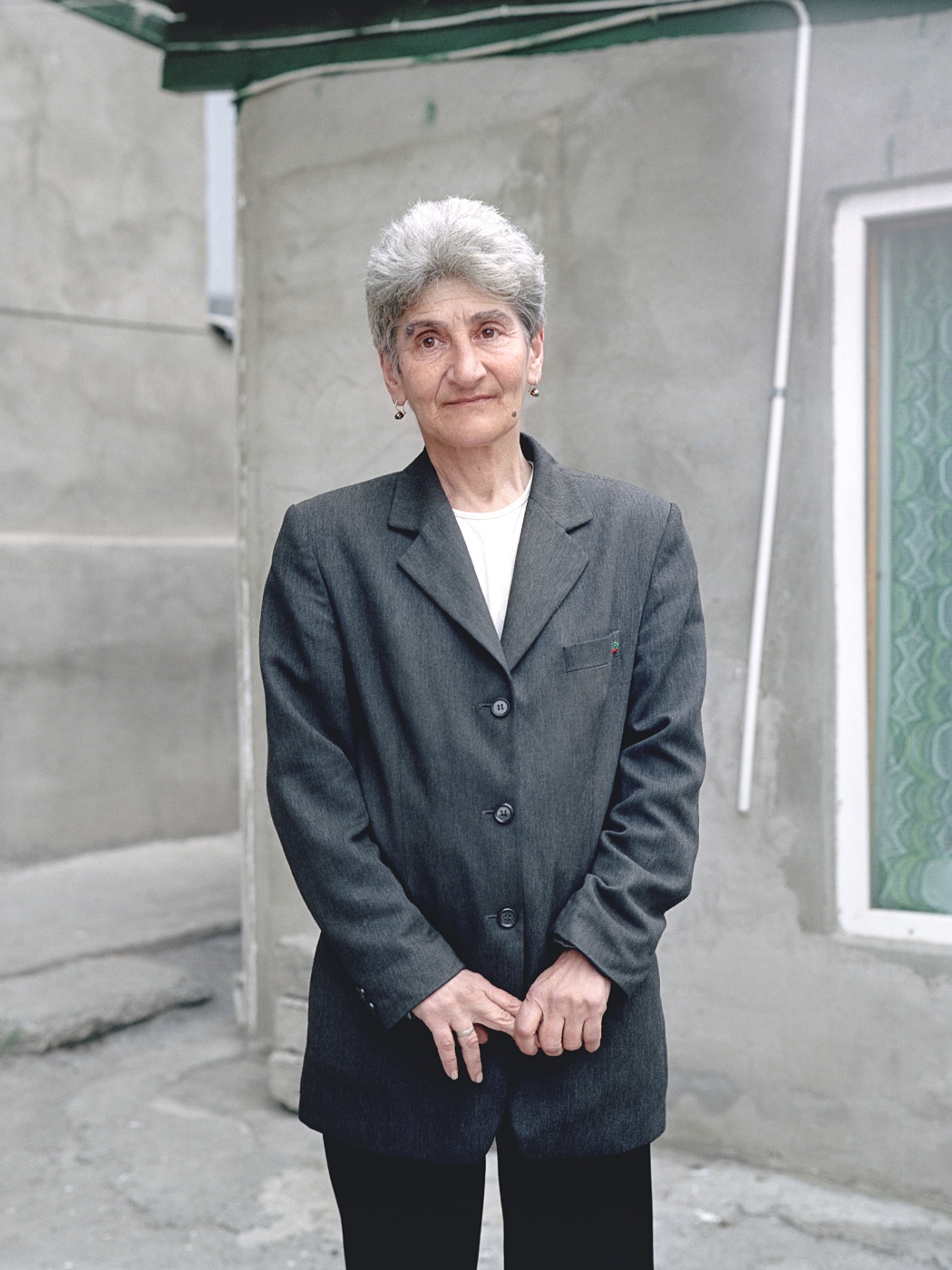 “I have gotten used to this place. I live here with my husband, my daughters are already married and have children on their own. I’m content in this place. We wish we could go somewhere else, but we need to accept the places we call home and start creating our own worlds there,” tells Lali, who has been living in Vaziani since 1993 and is the only nurse in the settlement. 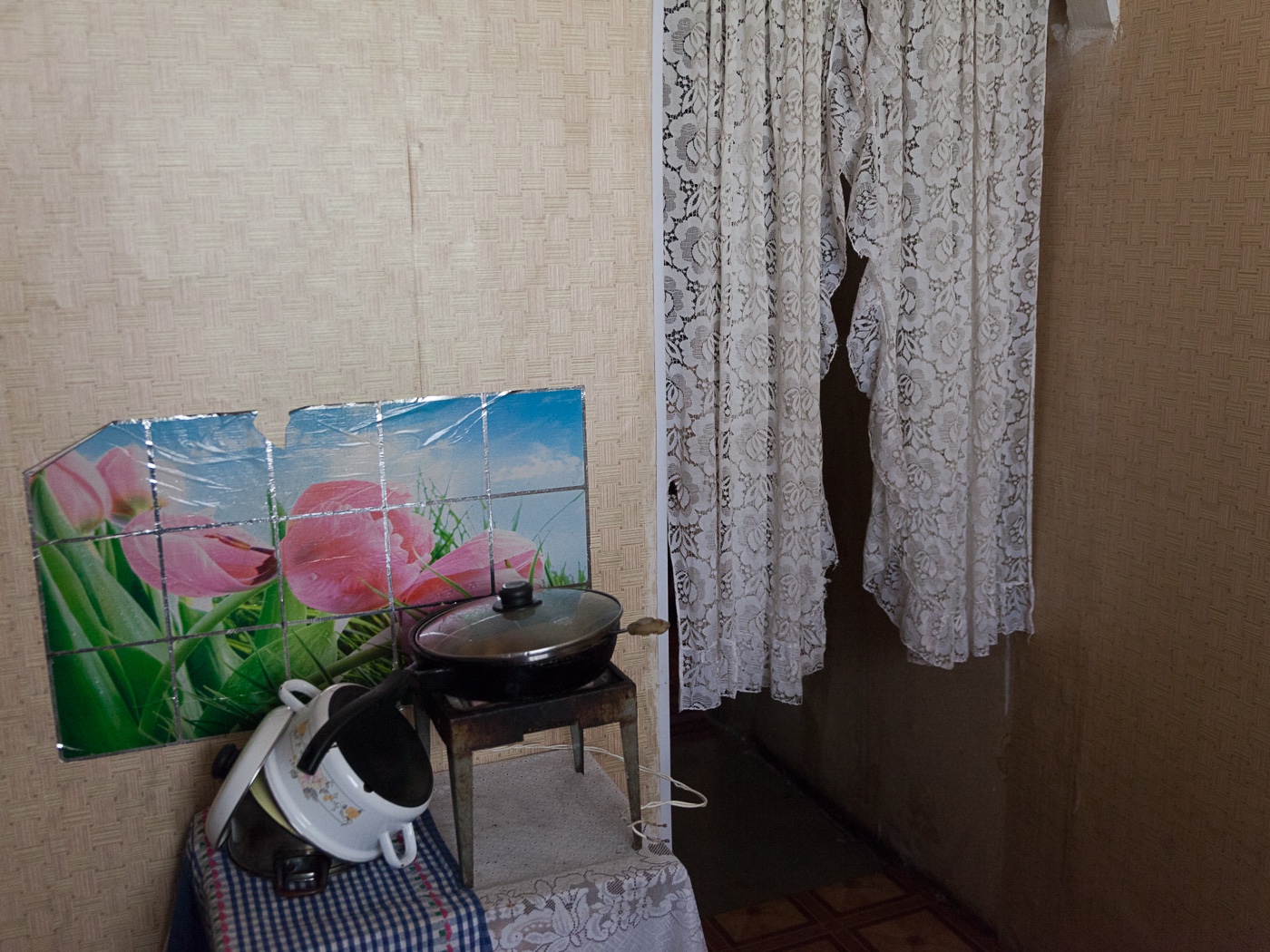 Marina makes lunch out of whatever she can gets her hands on and stores the leftovers in the pan for the evening. 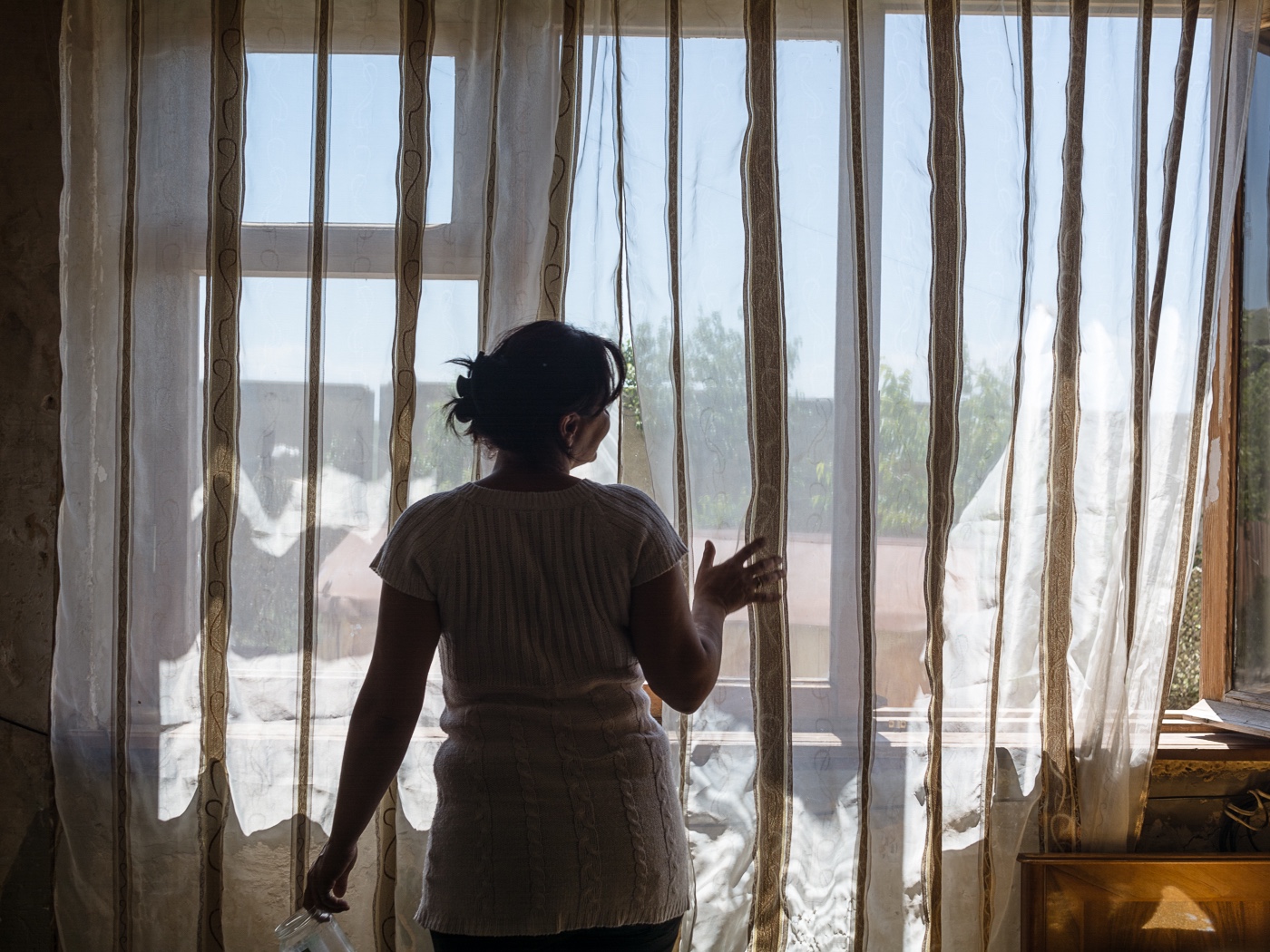 Marina suffers from cancer and is unable to work. She split up with her husband a few years ago and moved to Vaziani with her children, Edo and Maya. 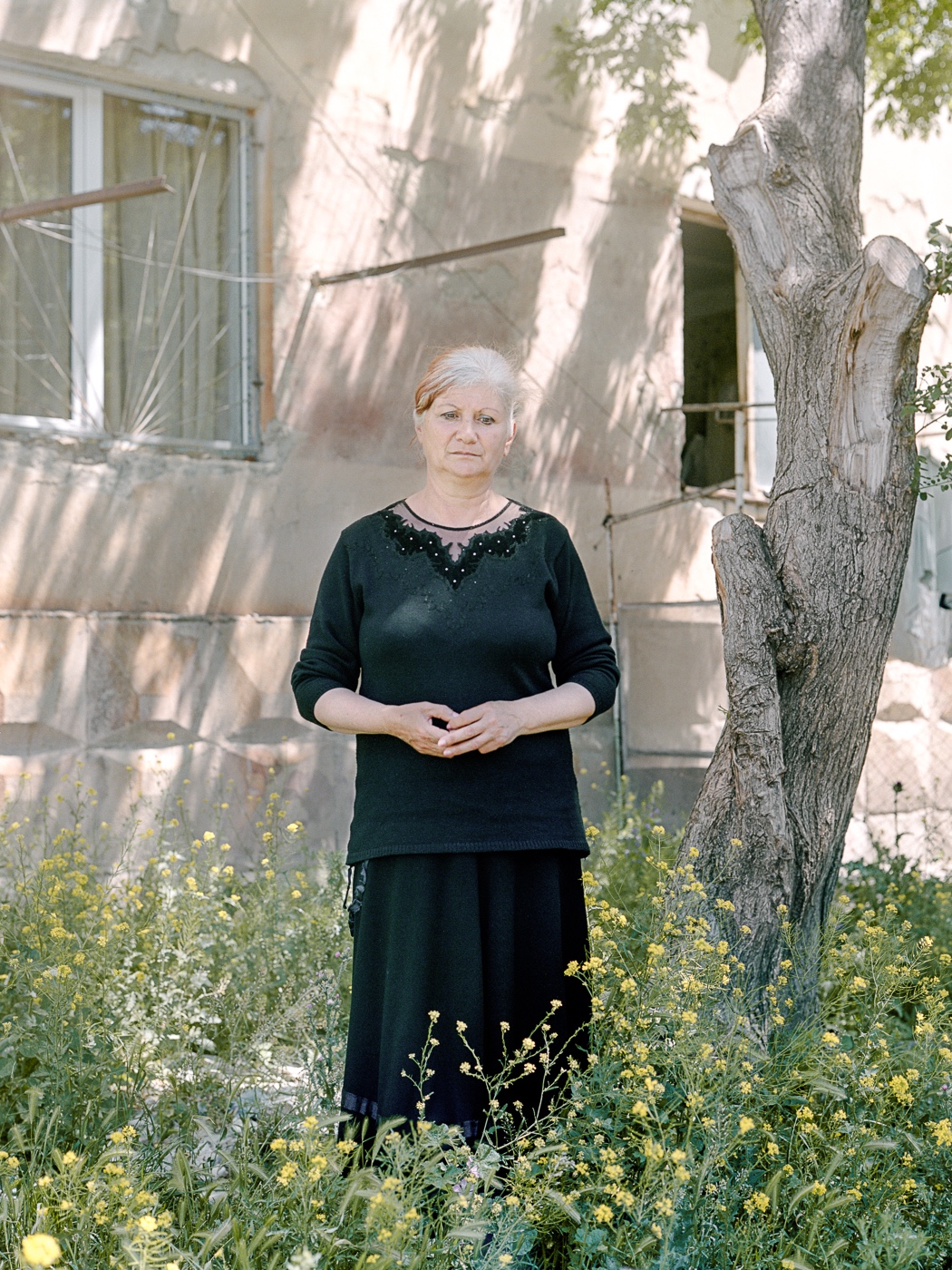 “There are no jobs here and people are poor – sometimes we don’t even have water here. We have problems to pay for our daily bread. The people here simply want to live normal lives. I’ve been living here for 15 years and stay unemployed. No one cares about us,” tells Cico. 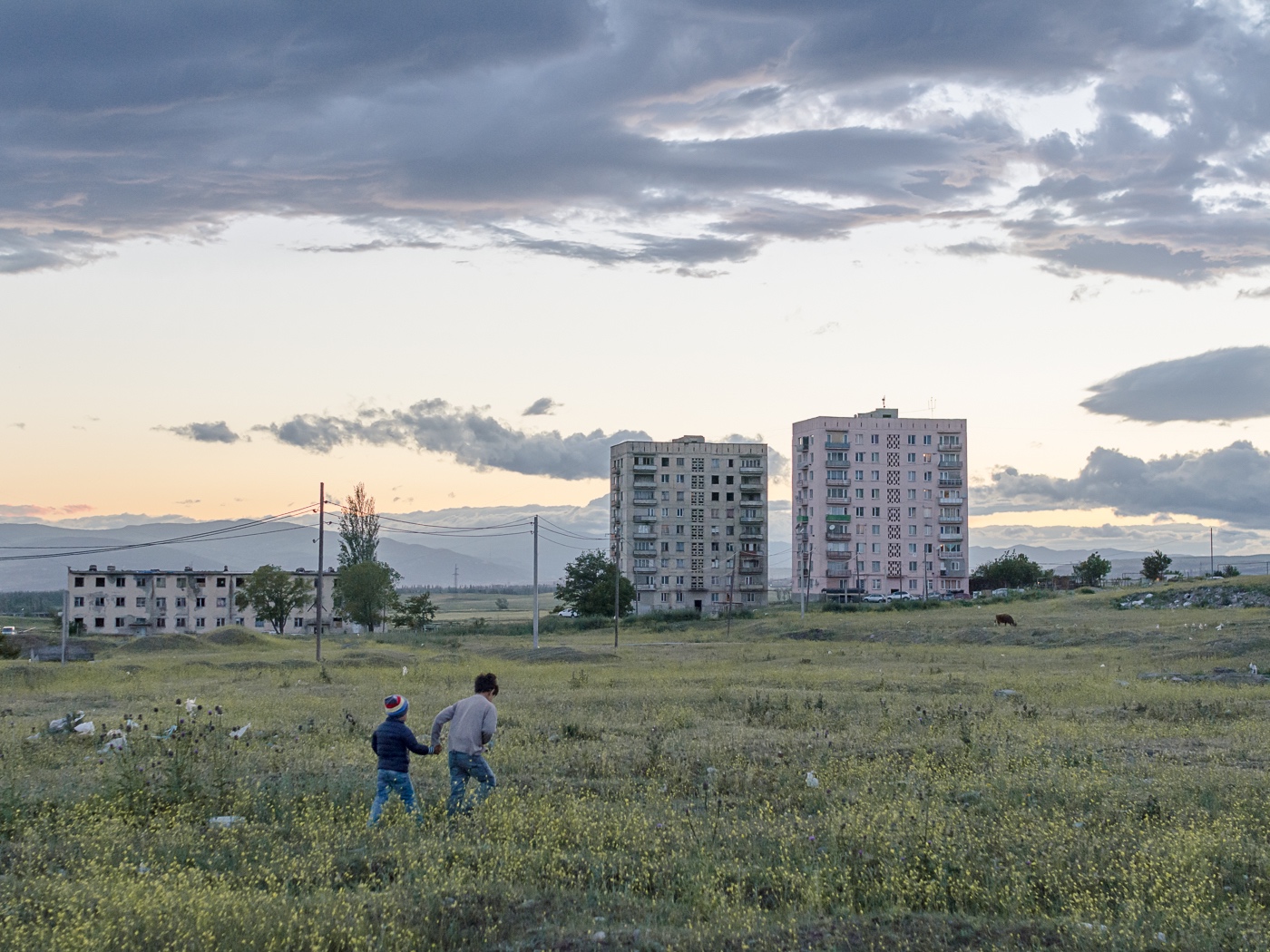 Two children roam around the broad fields at the periphery of the settlement. In demand for a suited playground, the inhabitants collected signatures for a petition to the government – they only received empty promises in return. 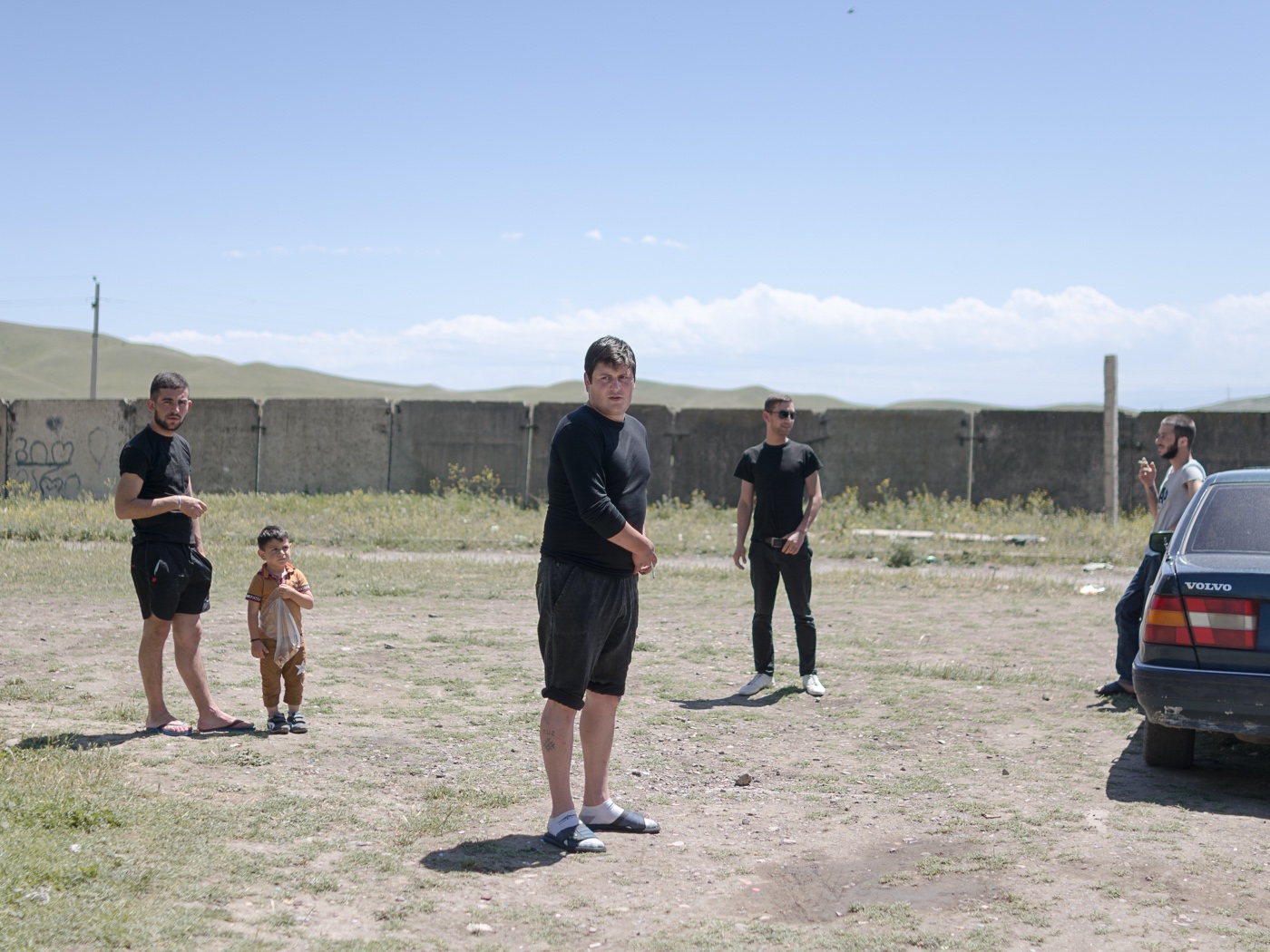 There is rarely work to find in Vaziani. The youth meets in the streets of the settlement or they drive to Tbilisi to pass time. A lot of young people dream of leaving the settlement someday, but most of them have to stay for supporting their parents.

See more of Piepke and Nolting’s work on their official website.

Linkedin
RELATED ARTICLES
OTHER ARTICLES
Rogue landlords are exploiting young and inexperienced renters and leaving them in mental and financial turmoil, reports Niall Hignett.
In his 2008 series, the photographer pictured himself as Angela Davis, Martin Luther King Jr., Malcolm X, and other prominent figures.
Ahead of the release of their first collaborative album, the producer and rapper talk psychedelics and the state of UK hip hop.
The two-day long event returned to London this year, showcasing a spectacular parade, steel bands and Caribbean food.
As the Scottish government announces a rent freeze, an activist with Living Rent who fought and won shares how they did it, and what must come next.
Sean Maung’s photos are a love letter to the Black and brown communities that make up New York.