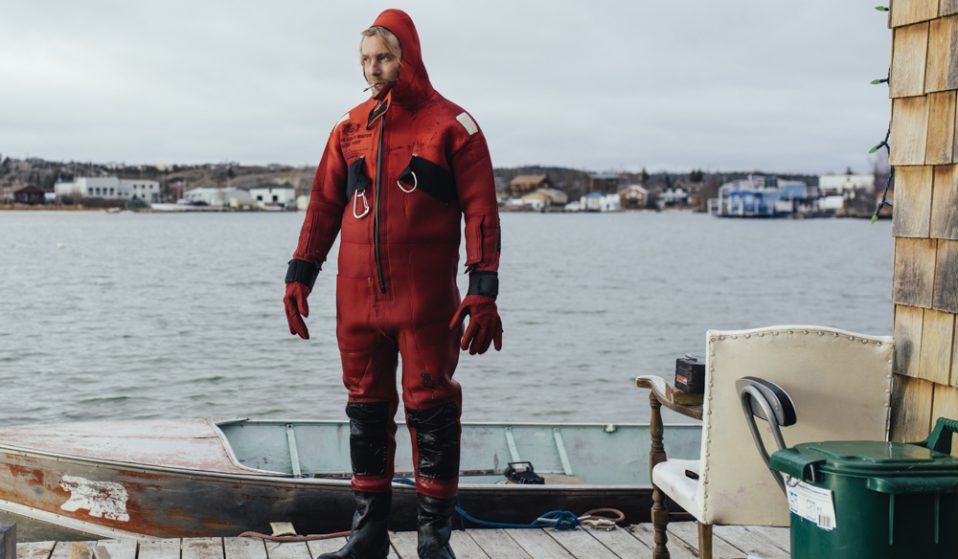 Shacks, houseboats, and extreme weather: photographer Pat Kane shares a glimpse of his rollercoaster life as a Yellowknife resident.

Shacks, houseboats, and extreme weather: photographer Pat Kane shares a glimpse of his rollercoaster life as a Yellowknife resident.

Yellowknife is the capital of Canada’s Northwest Territories. The city was colonised by settlers from the south back in the 1930s, who came to the area looking for gold. Those first prospectors set up shacks and shanties on the edge of Great Slave Lake and a nearby island, and those dwellings remained even as the city grew around it over the years.

Today, the shacks and houseboats are still used by prospectors of a different sort – namely people who’ve come here in search of adventure and high paying jobs. Many are young, educated professionals who simply like the novelty of it, others want a simple lifestyle, and a few having been living here for many years and just want to be left alone. They are a colourful collection of bureaucrats, musicians, artists and a handful of curmudgeons.

I moved to Yellowknife in 2005 and was quickly introduced to people in the off-grid community. It’s a very social place, and many people who live here are involved in the local arts, music and media scene, so as a visual artist myself, I became friends with many of them right away. 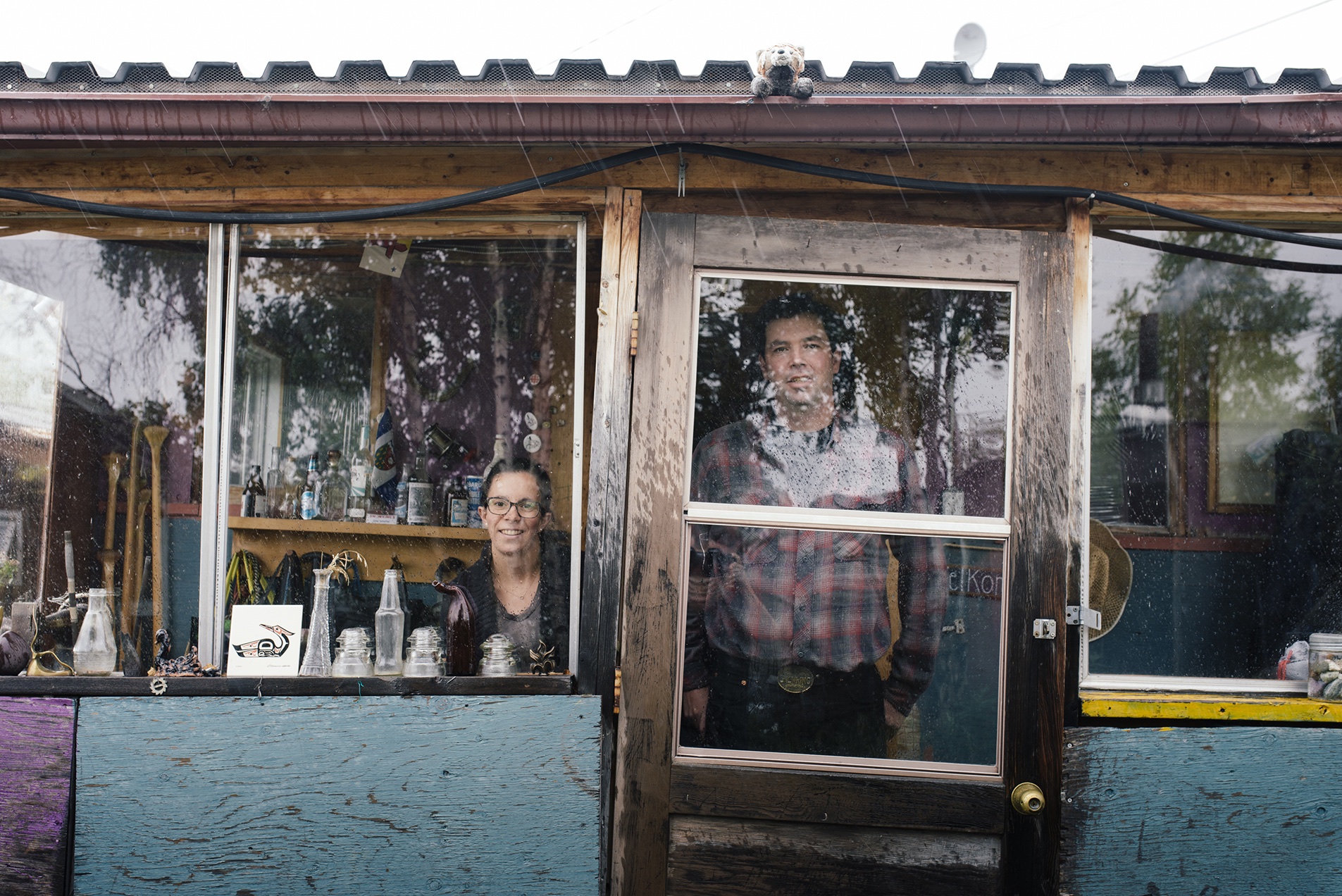 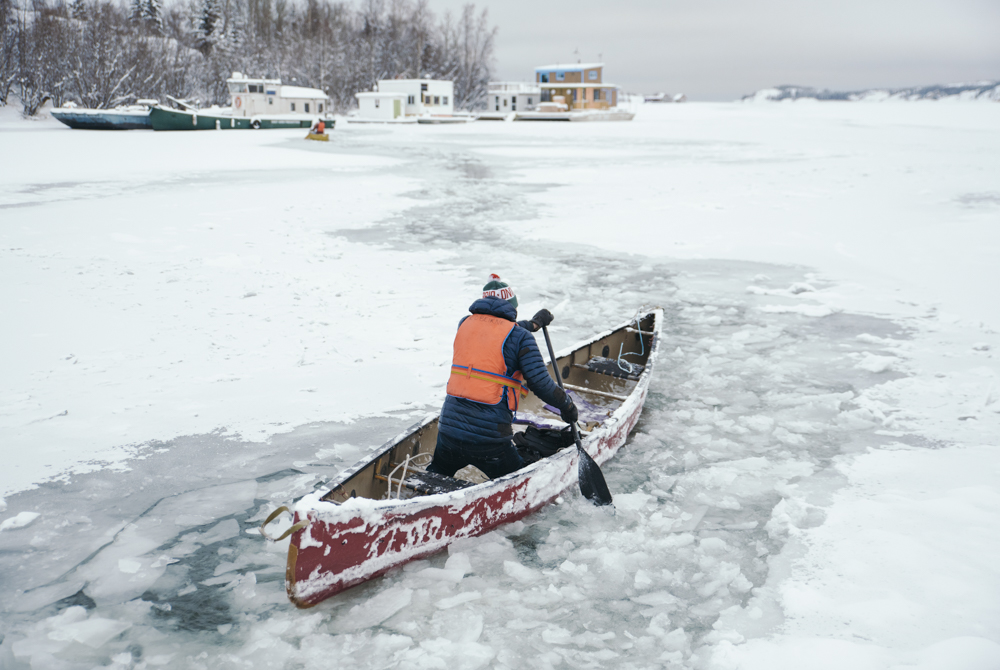 At first, I thought the people here were all essentially the same kind of person: adventurous hippies who want their own space. I was wrong. The people are a mix from all walks of life, who live off-grid for wildly different reasons. There are bureaucrats, engineers, electricians, lawyers and all sorts of professionals. But there are also some old-timers who simply love the quality of life, and people just looking for a great experience and cheap rent.

While the shacks and houseboats themselves are a big draw for tourists and historians, nobody has really ever photographed the people here. I wanted to give an accurate representation of who they are and where they live. The off-grid community has been covered in film and television before, but those representations have often been very one-dimensional and misleading. I wanted to capture everyone in a way that is honest and accurate. 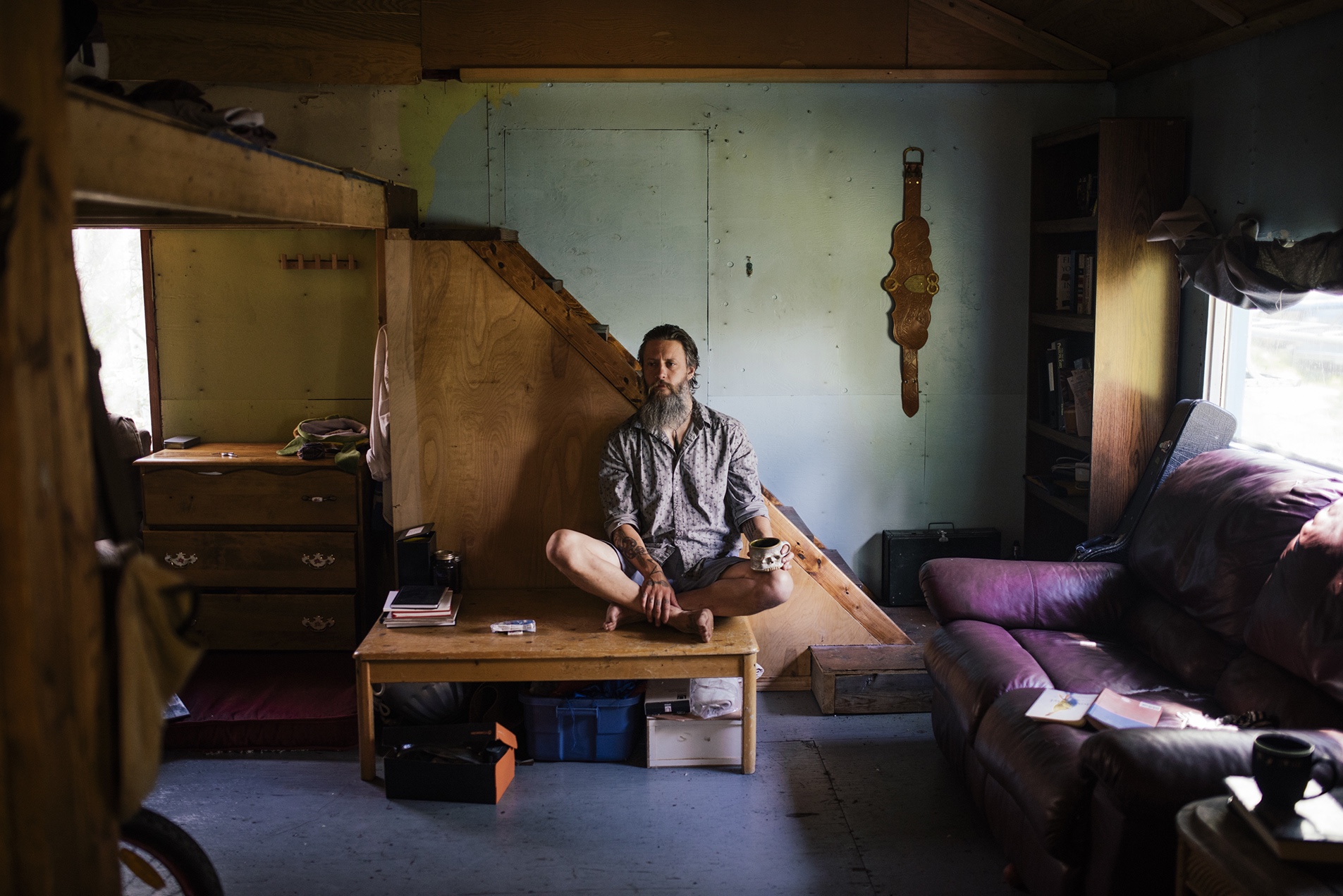 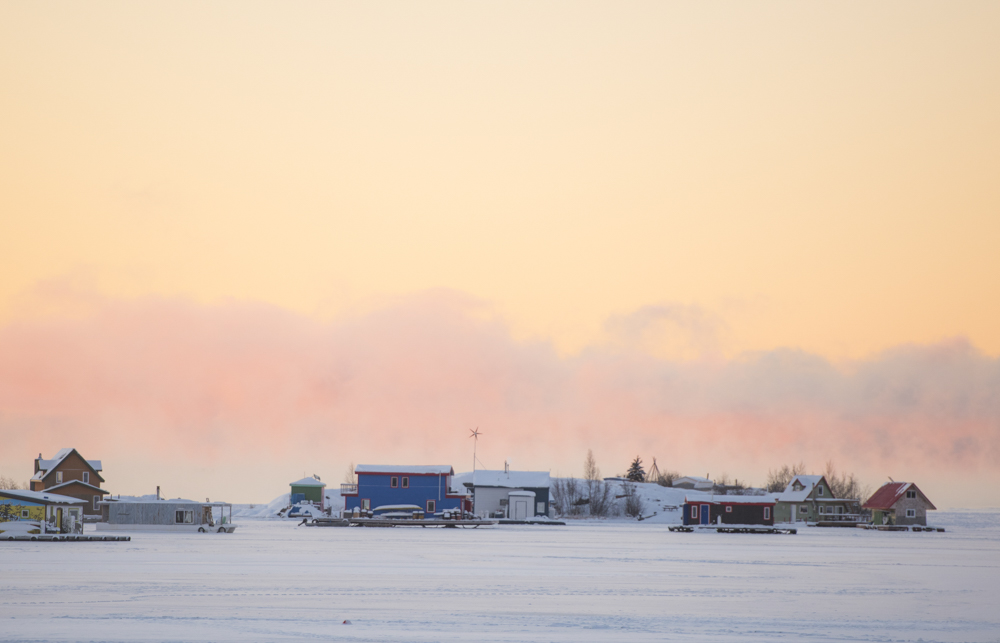 While working on this project, I learned that you don’t need a lot of space or luxury items to have a great quality of life. I also learned how important it is to look after your home (many people in the off-grid community have to maintain their homes in extreme conditions), so it’s important to not take things like plumbing, structure, and energy for granted.

More than anything, I learned that off-gridders are probably among the largest contributors to the culture and character of Yellowknife. Most of them volunteer and perform at local events, they serve on various boards in the city, they run small businesses and welcome curious tourists into their homes. In my opinion, the people in the off-grid community are probably the best ambassadors for Yellowknife – and they rarely get credit for it. 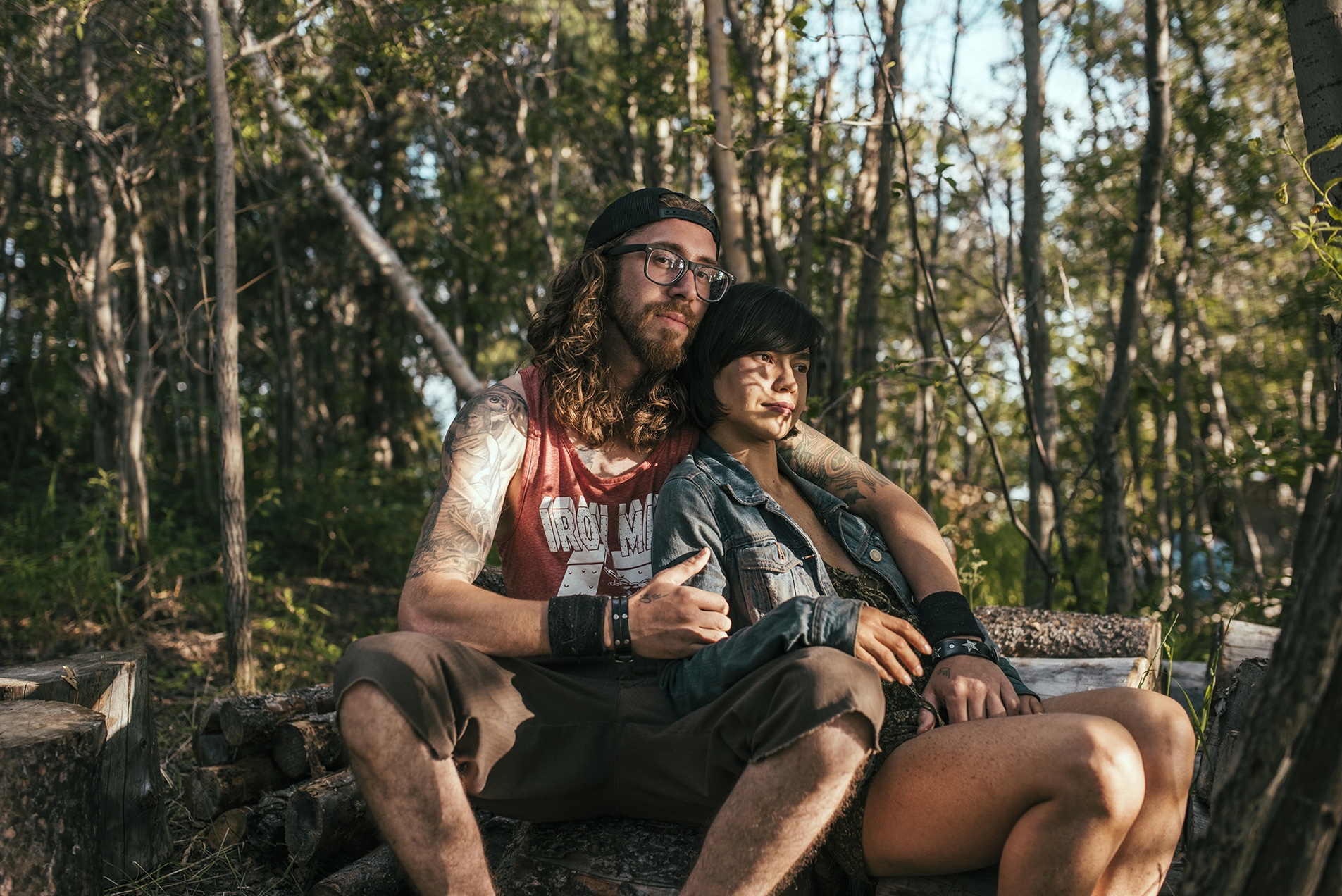 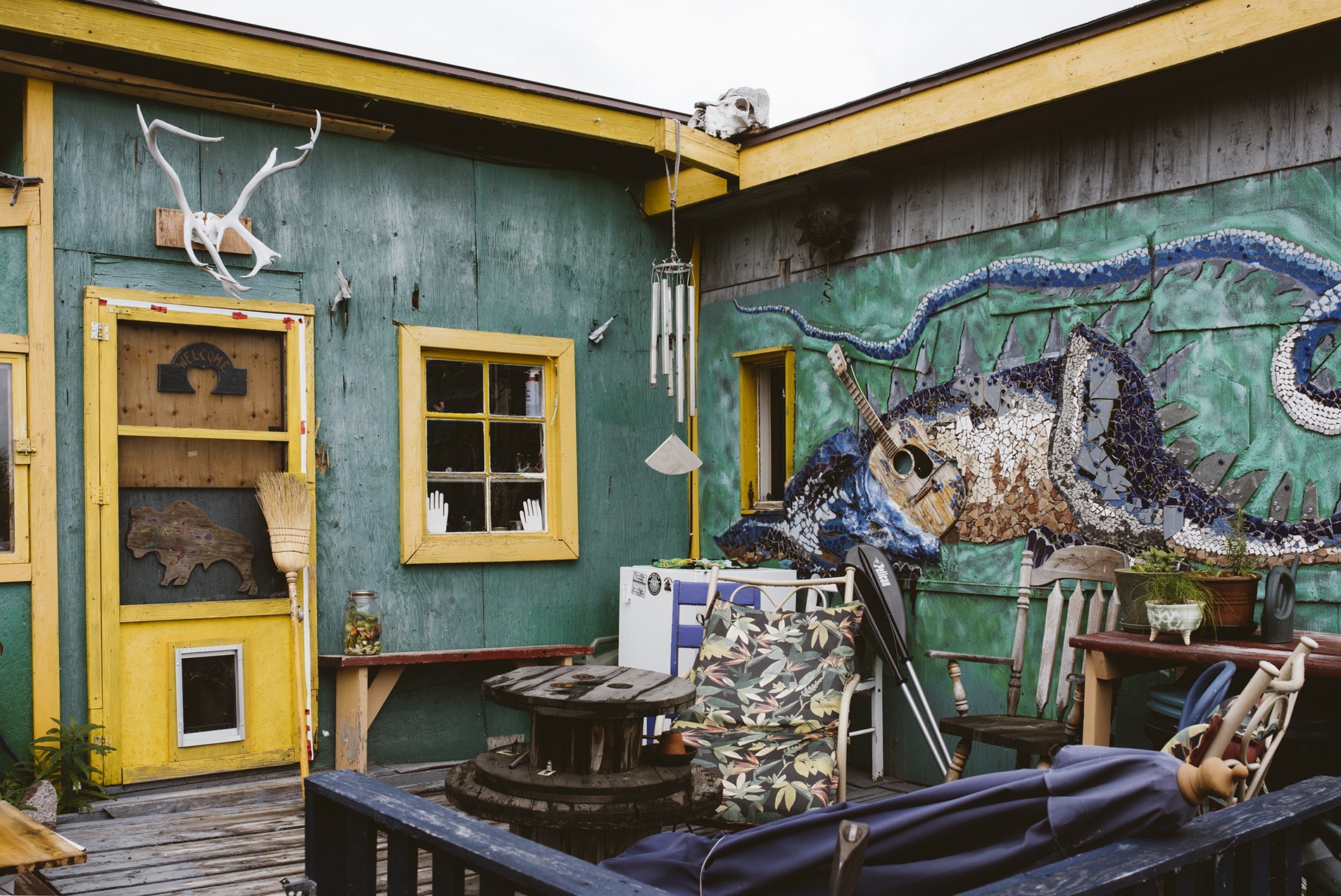 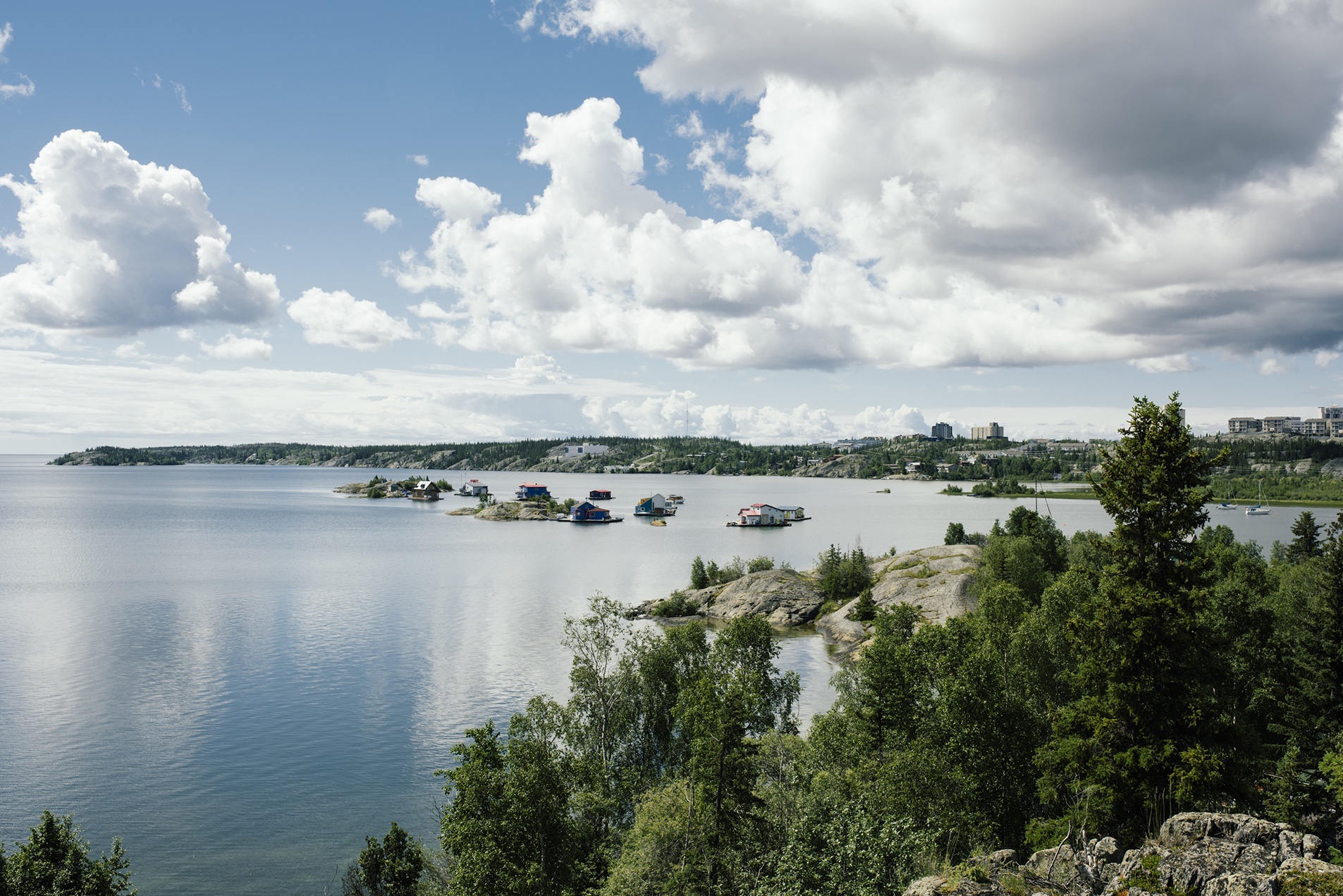 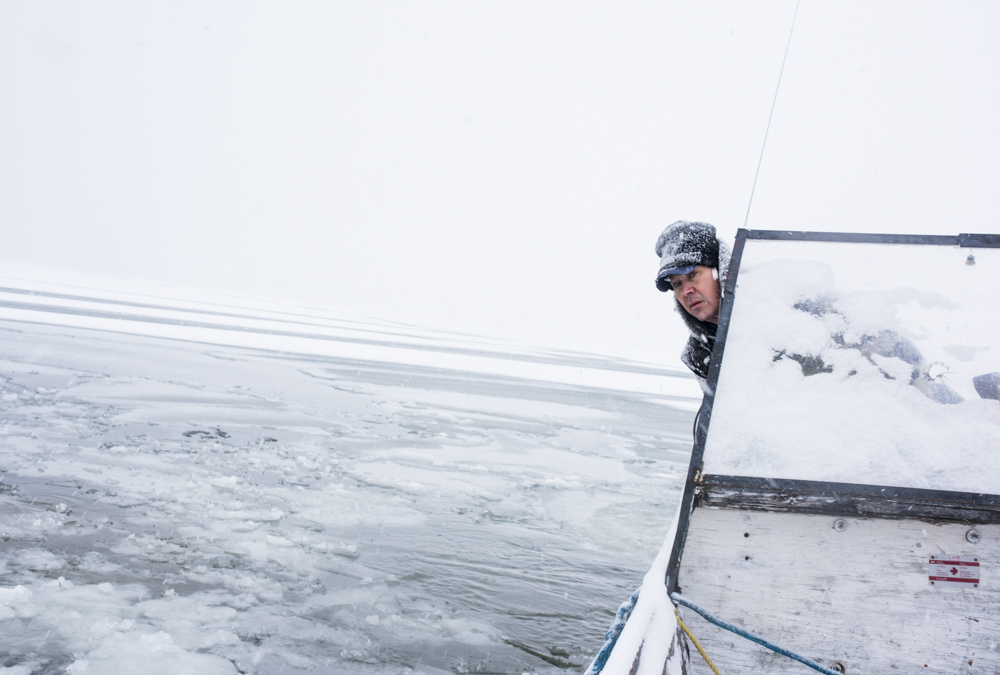 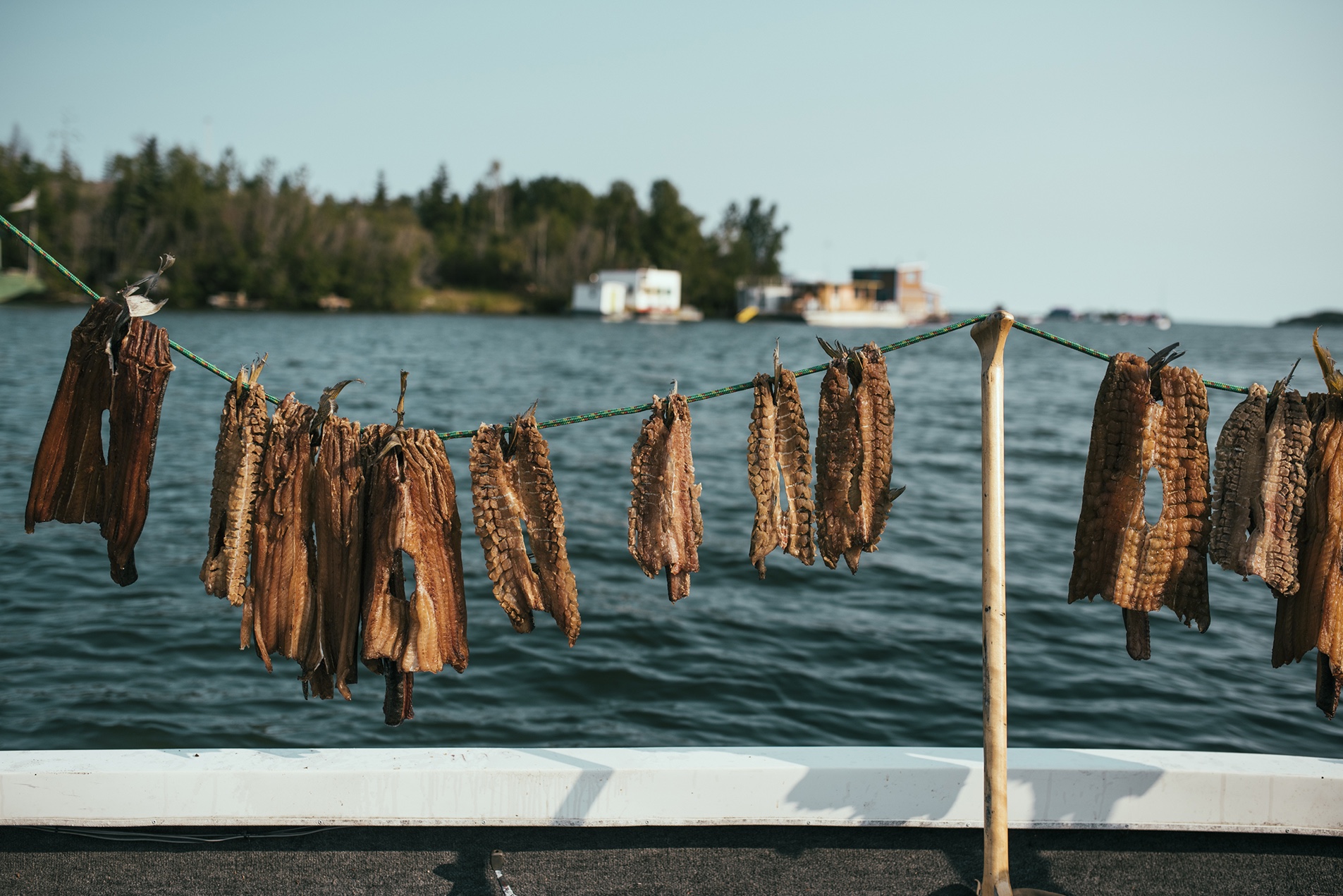 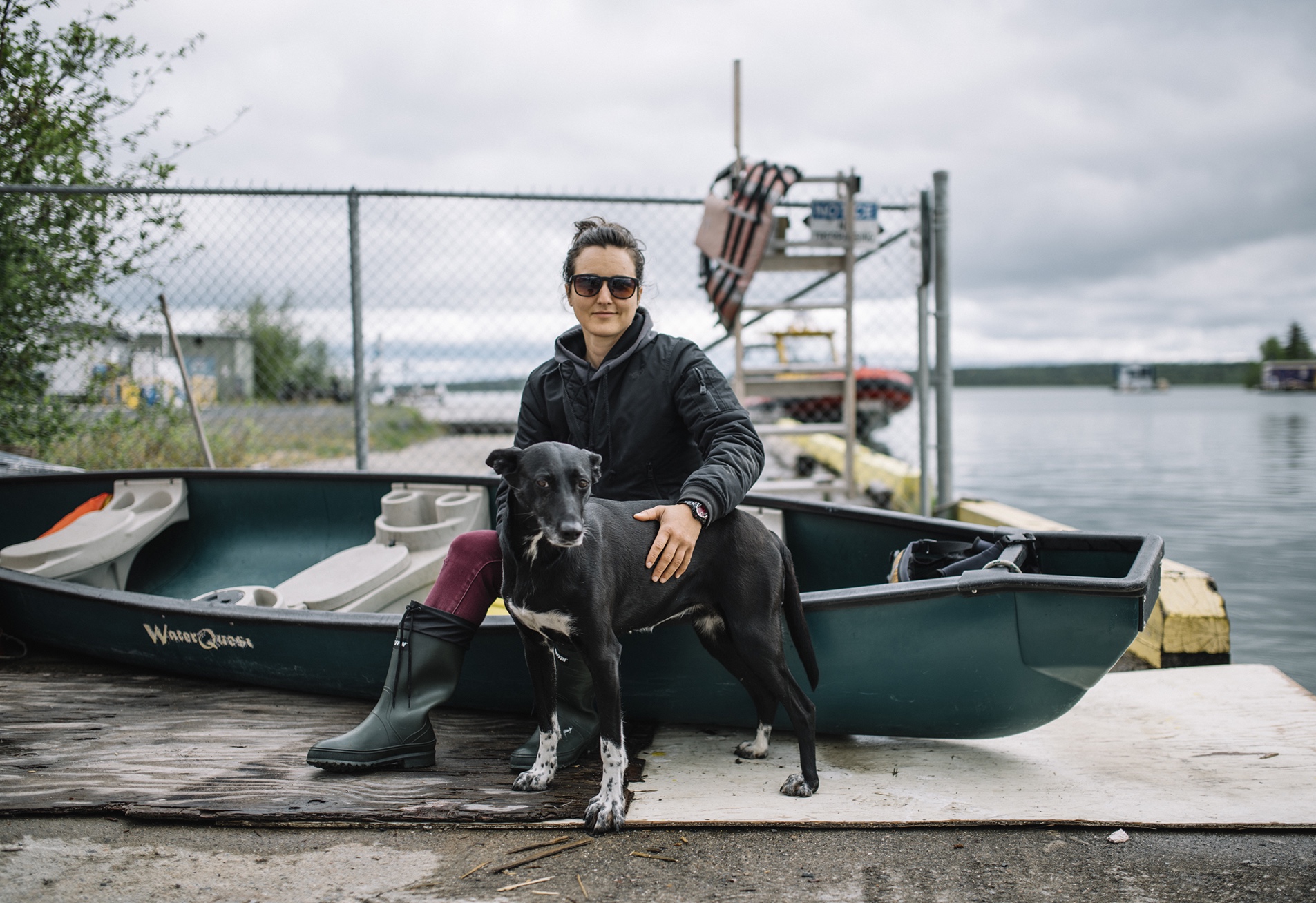 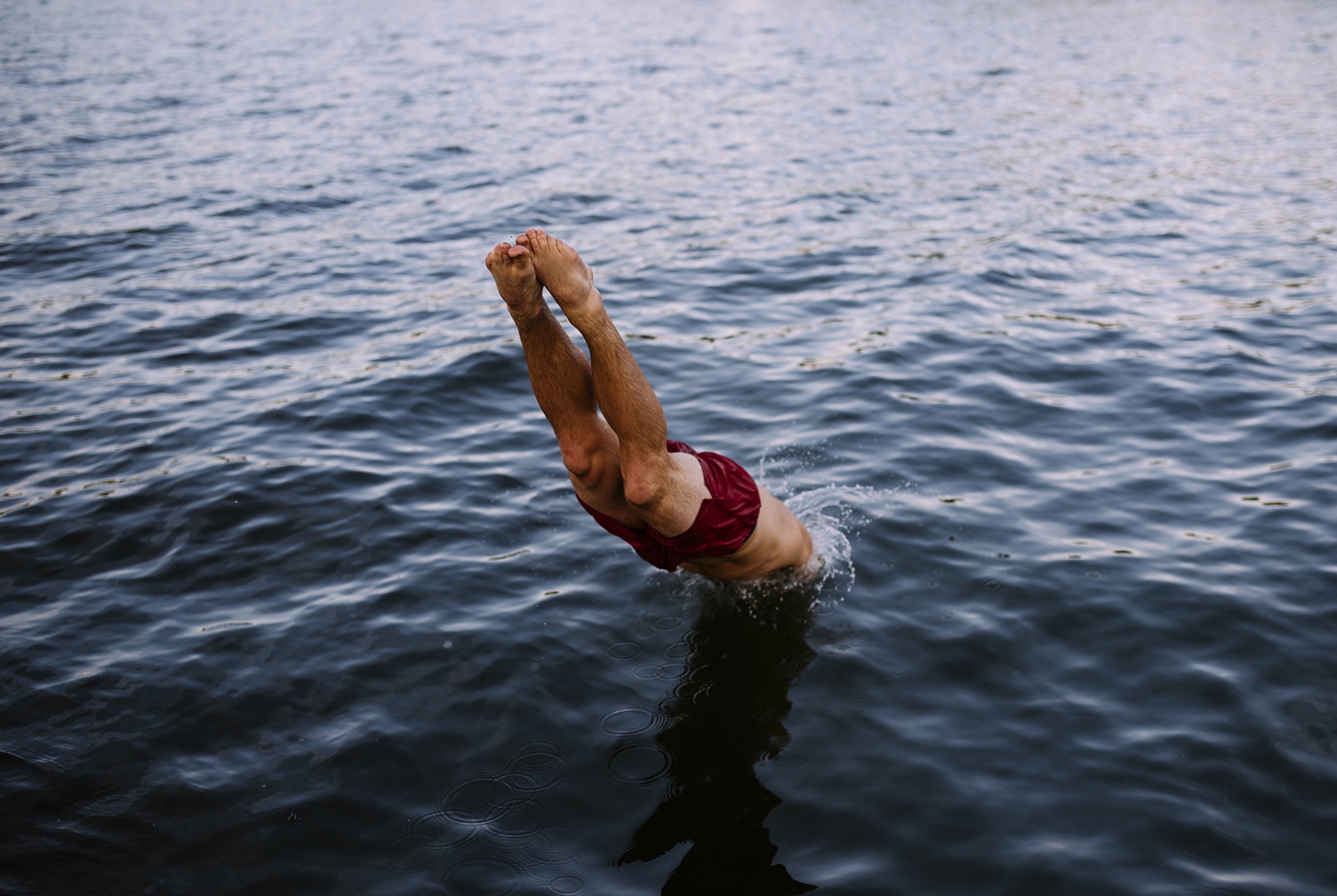 Linkedin
RELATED ARTICLES
OTHER ARTICLES
With their latest capsule collection, SCRT have constructed their own mythology, based on the story of a fictional meteor shower that hit a small Scottish town.
Following the release of his newly republished 1991 book, Redheads, the American photographer reflects on his celebration of ginger people and their magnetic power.
Over the weekend, London locals came together to resist a pre-planned police raid targeting delivery drivers.
After news broke last week around an expected reversal of the 1973 landmark law that made abortion legal in the US, protestors gathered in the UK in support of American women.
The government’s failure to take long Covid seriously has led to the formation of a group campaigning for the thousands of forgotten victims of the illness.
Shifting the focus from the cost of living crisis to tackling obesity while many starve or freeze is farcical and pointless, writes Fatzine founder Gina Tonic.