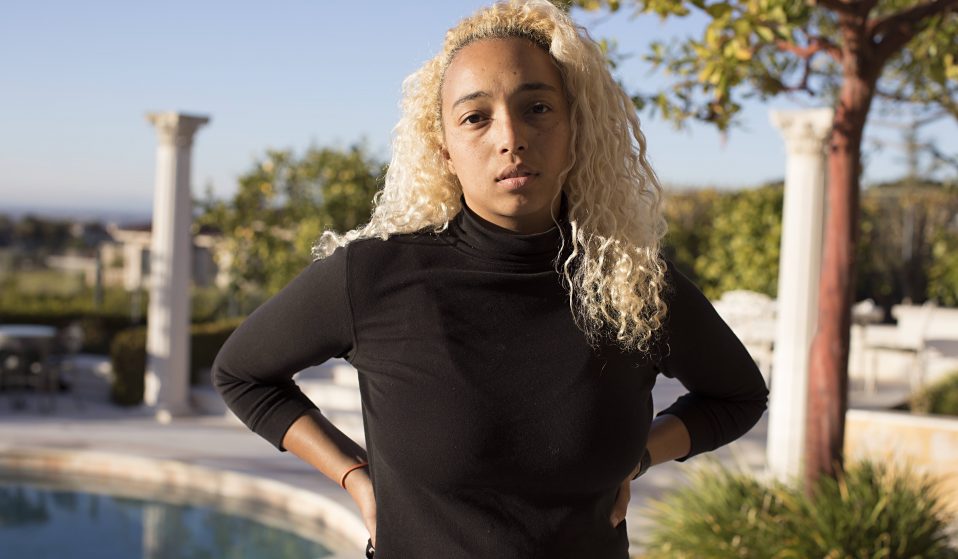 In a new photography project, Palestinian artist Taysir Batniji meets families who have left their homeland behind to start a new life in the US.

In a new photography project, Palestinian artist Taysir Batniji meets families who have left their homeland behind to start a new life in the US.

With some 69 million refugees living in the world today, immigration is an inescapable issue. But for Palestinian French artist Taysir Batniji, the subject is personal.

Born in Gaza in 1966, just a few months before the 1967 war and Israeli occupation, Batniji pursued an education in art against the will of his parents. In 1995, he moved to France to study art, and divided his time between his homeland and adopted nation until 2006, when it became impossible for him to return home.

No longer able to visit, Batniji began to reflect on the state of “between-ness” that has become a central feature in his life. We rarely think of the issues faced by those in the zero-generation, the first to arrive, whose birthright does not reflect their current situation. Batniji decided to explore the subjects of identity, exile, displacement, and mobility as experienced by six of his cousins who left Palestine for the United States. 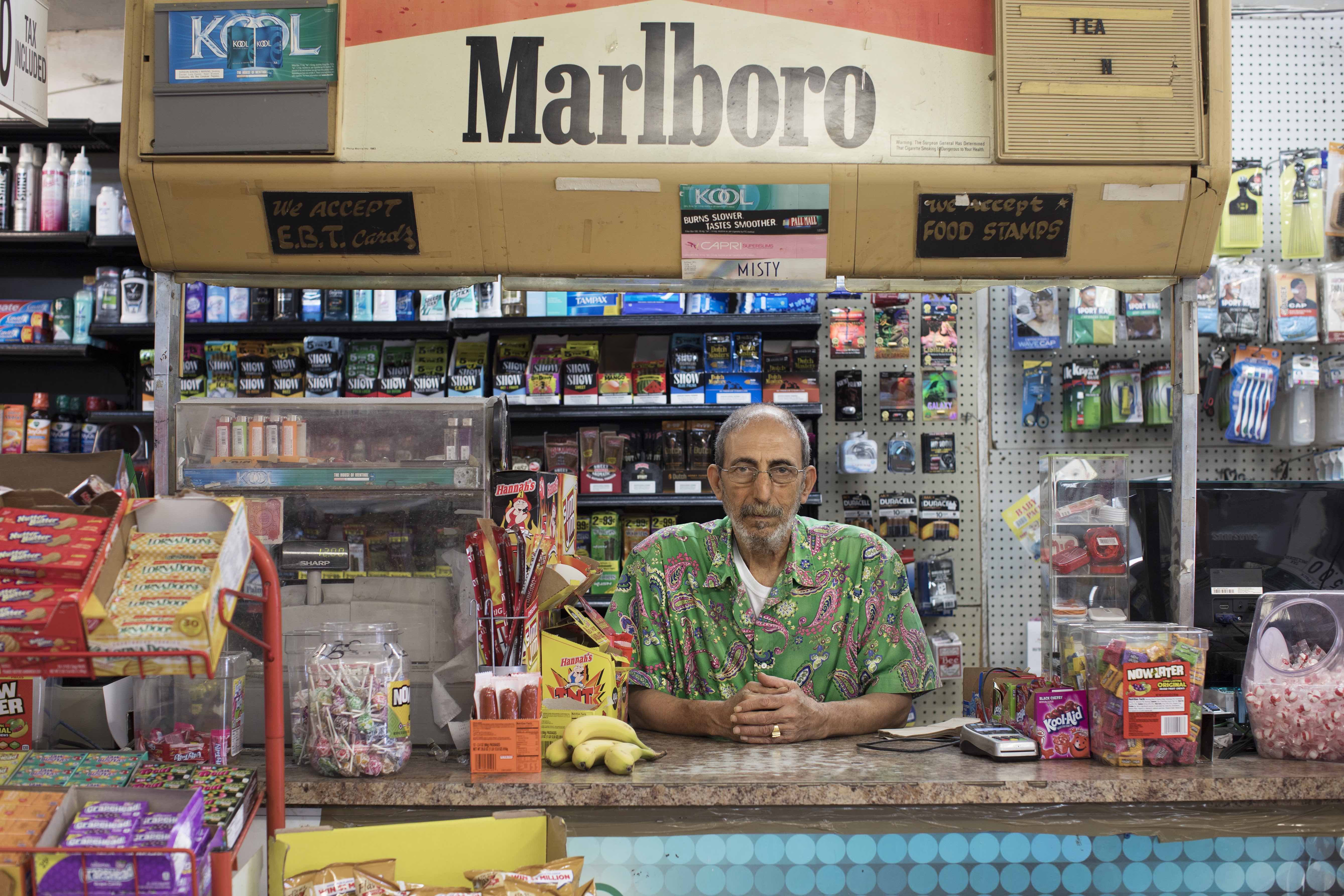 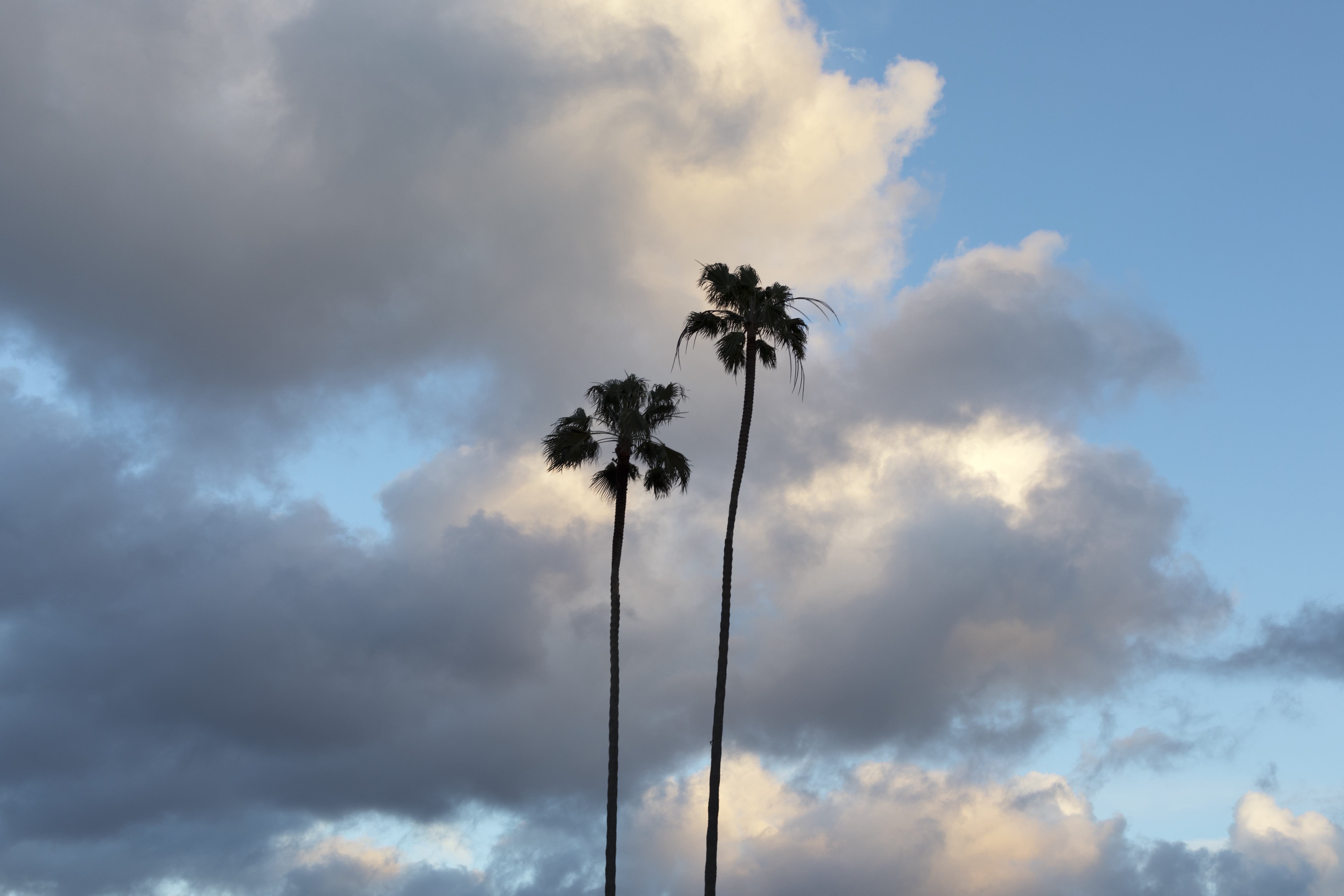 In Home Away From Home (Aperture), Batniji travelled to Florida and California to see what everyday life was like for his American cousins and how they have adapted to a land and a culture so far from home. In a series of photography, interviews, and sketches from memory of the family homestead in Gaza, Batniji delves into the complex relationship between the present and the past, and the ways in which identity becomes an ever-evolving mechanism of self-preservation.

“Place is an element of an idea that occupies an important place in my work,” Batniji explains. “The collective experience of Palestinians has been marked by mass displacement of people.”

“I was always changing places – I didn’t stay in the same place for more than six years. I became a citizen in France, and now have a fixed place where I live and work. Even though I missed my country to pursue my studies and work as an artist, the idea was always there to go back. I tried three times but it is impossible to do this.” 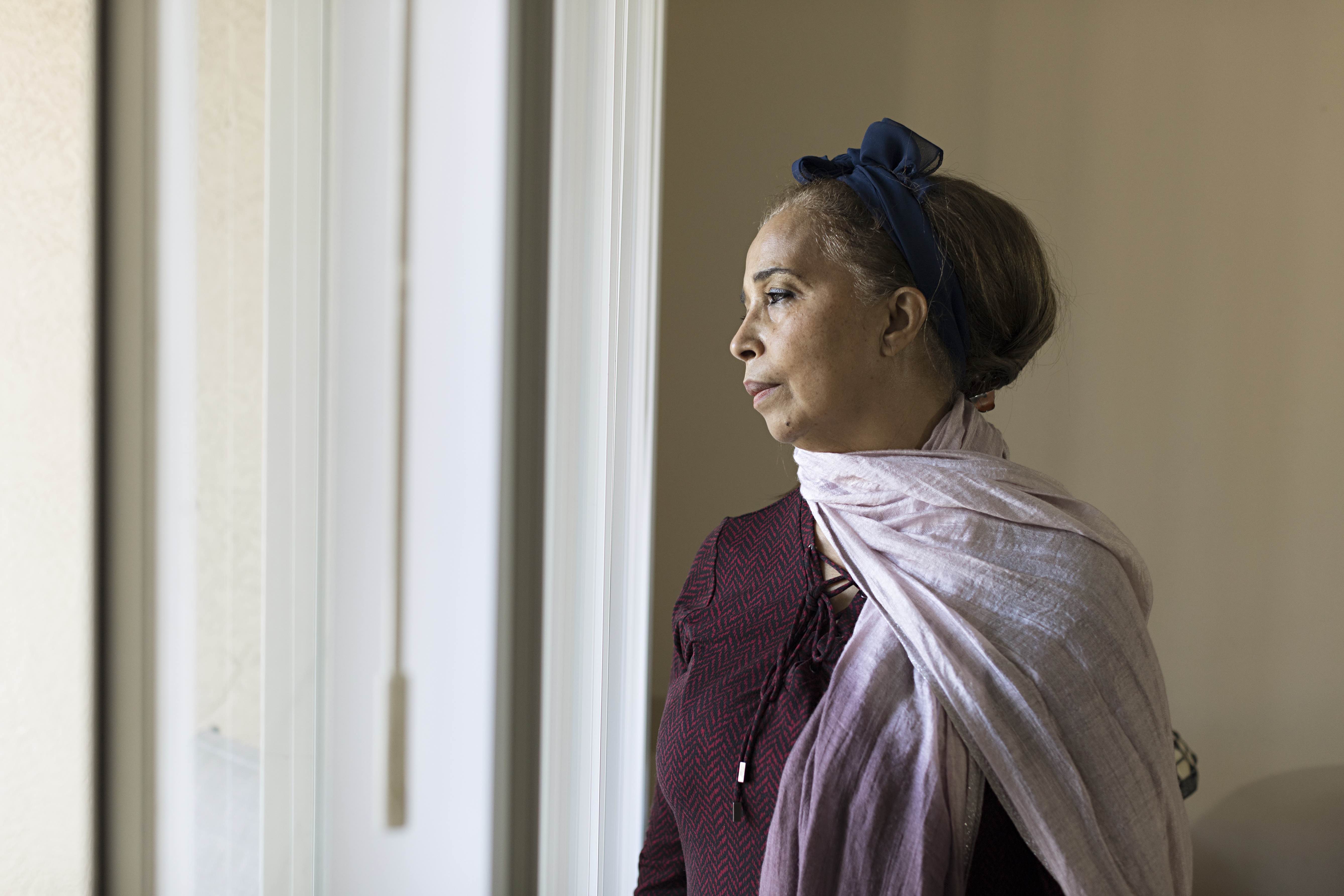 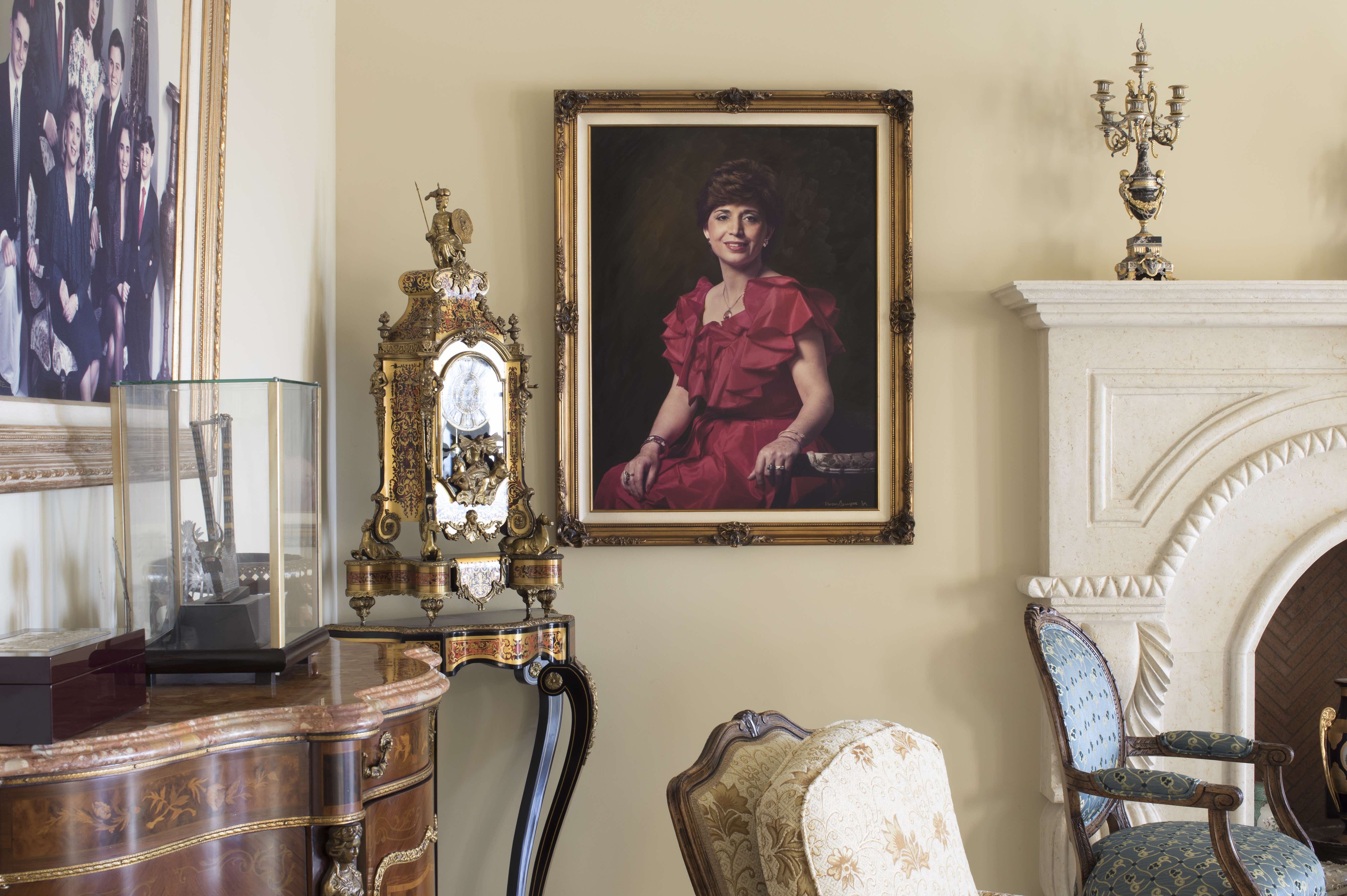 “When you leave your homeland, you become homeless – even if you find a place somewhere else to start a new life. You still have a connection to home, but also this new situation, and you are in between two cultures. You cannot cut totally with your roots and you are not totally assimilated into the new place where you live.”

Home Away From Home presents the lives of Batniji’s cousins as they live today, showing very distinct sides of the nation. His cousin Ahmed Batniji arrived in the States in 1983, married a Moroccan woman, and had three children. They live in a gated community in West Palm Beach, and work in a deli grocery store in a mostly African American neighbourhood called North Tamarind.

His second cousin featured in the book, Dr. Kamal Batniji, married a Jordanian woman and arrived in the States in 1968. Together they have five children and live in a beautiful home in Newport Beach, California – the classic American immigrant success story. Yet in the house, there are unexpected displays, like framed photos of the couple with Barbara and George H.W. Bush, as well as a campaign hat for Reagan and Bush in 1984. 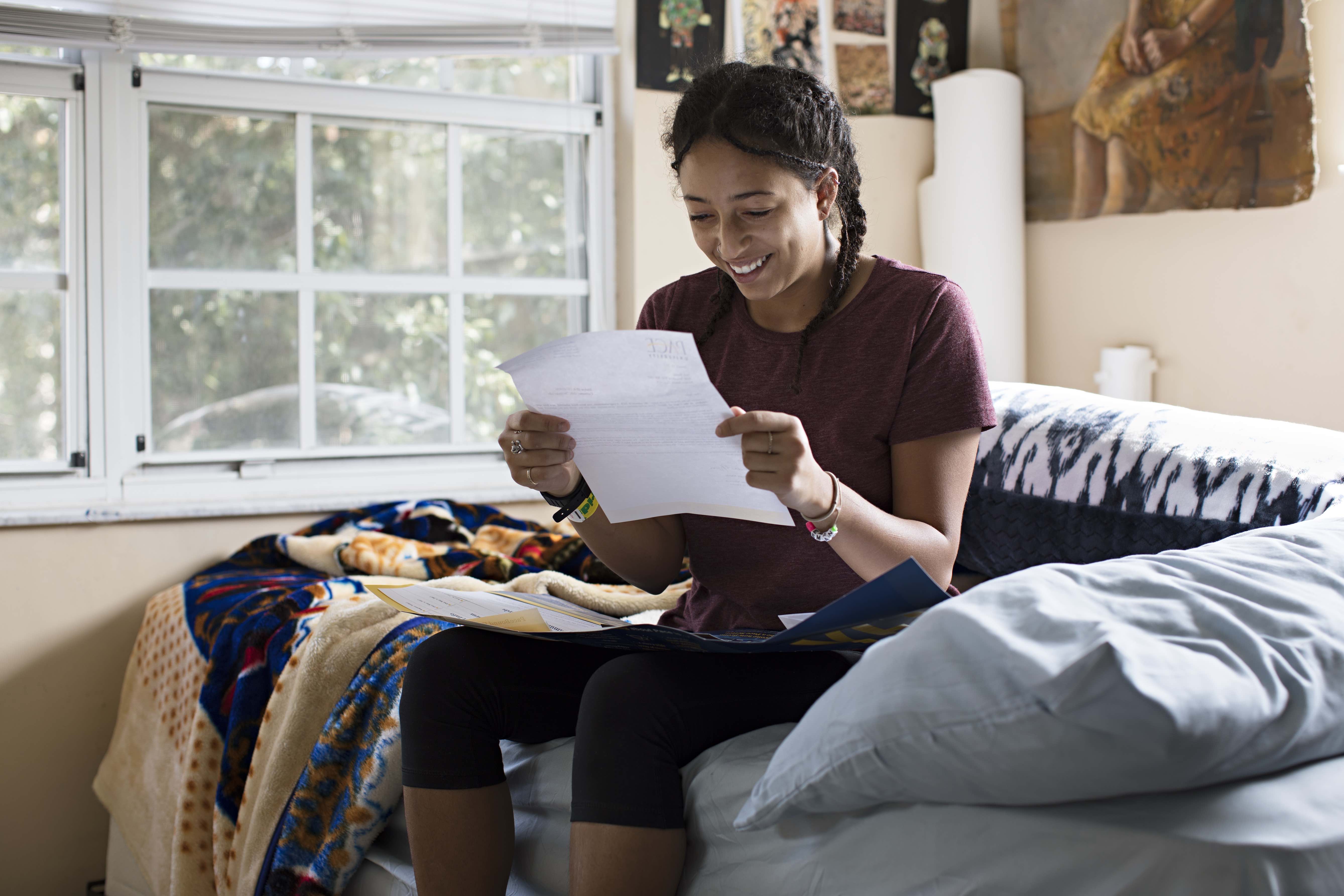 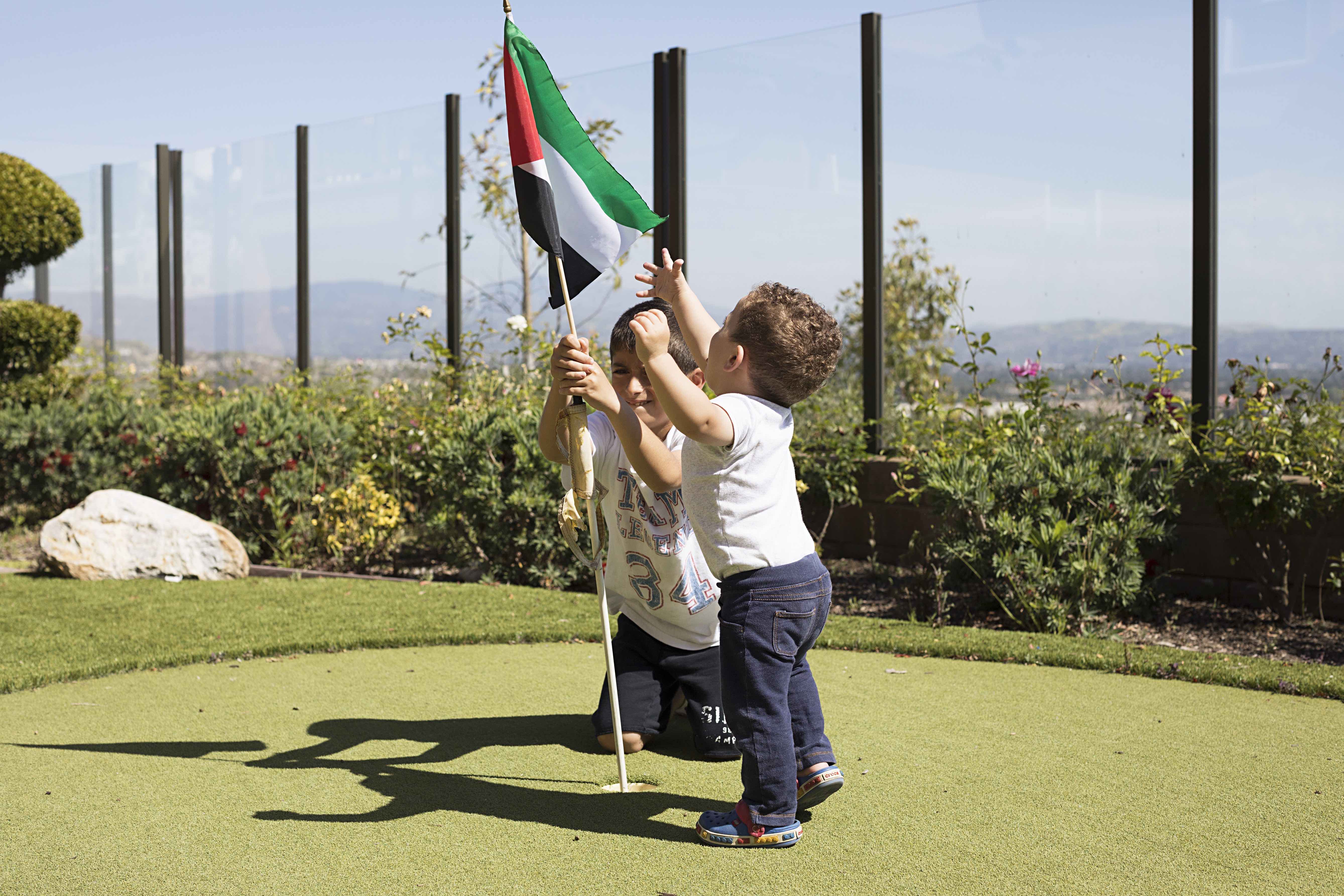 His third cousin, Dr. Sobhi Batniji, and his Palestinian wife, left Gaza in 1967 before arriving in California in 1981. They now live in Lagina Niguel, California, and are among the oldest people featured in Home Away From Home.

“I was 12 years old when the ‘Palestinian Problem’ began,” Dr. Sobhi Batniji is quoted as saying in the book. “The effect of the Palestinian exodus, or Nakba, as they call it in the old country, affected my generation deeply: the horrors of the occupation and the displacement of the people and their suffering.” 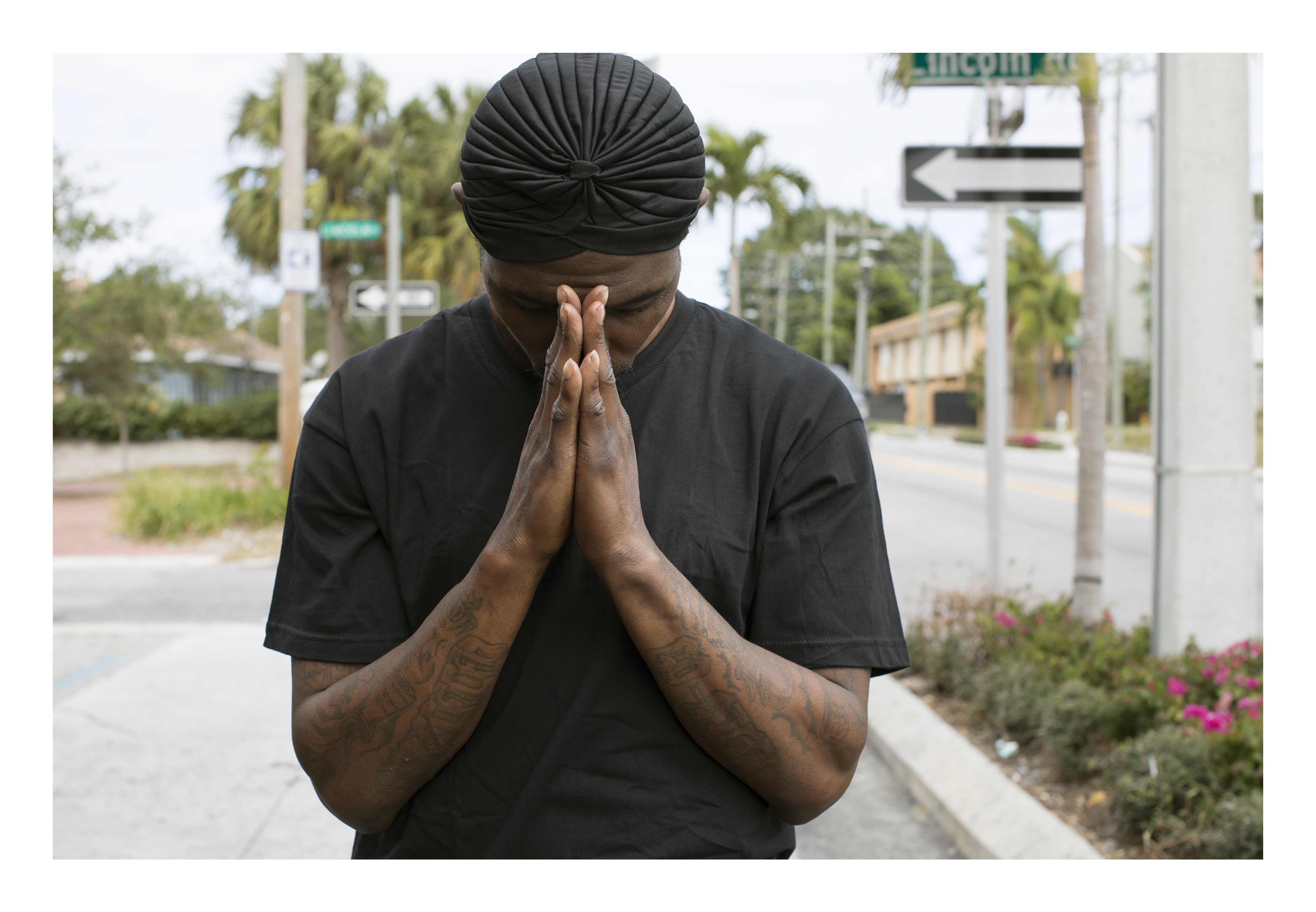 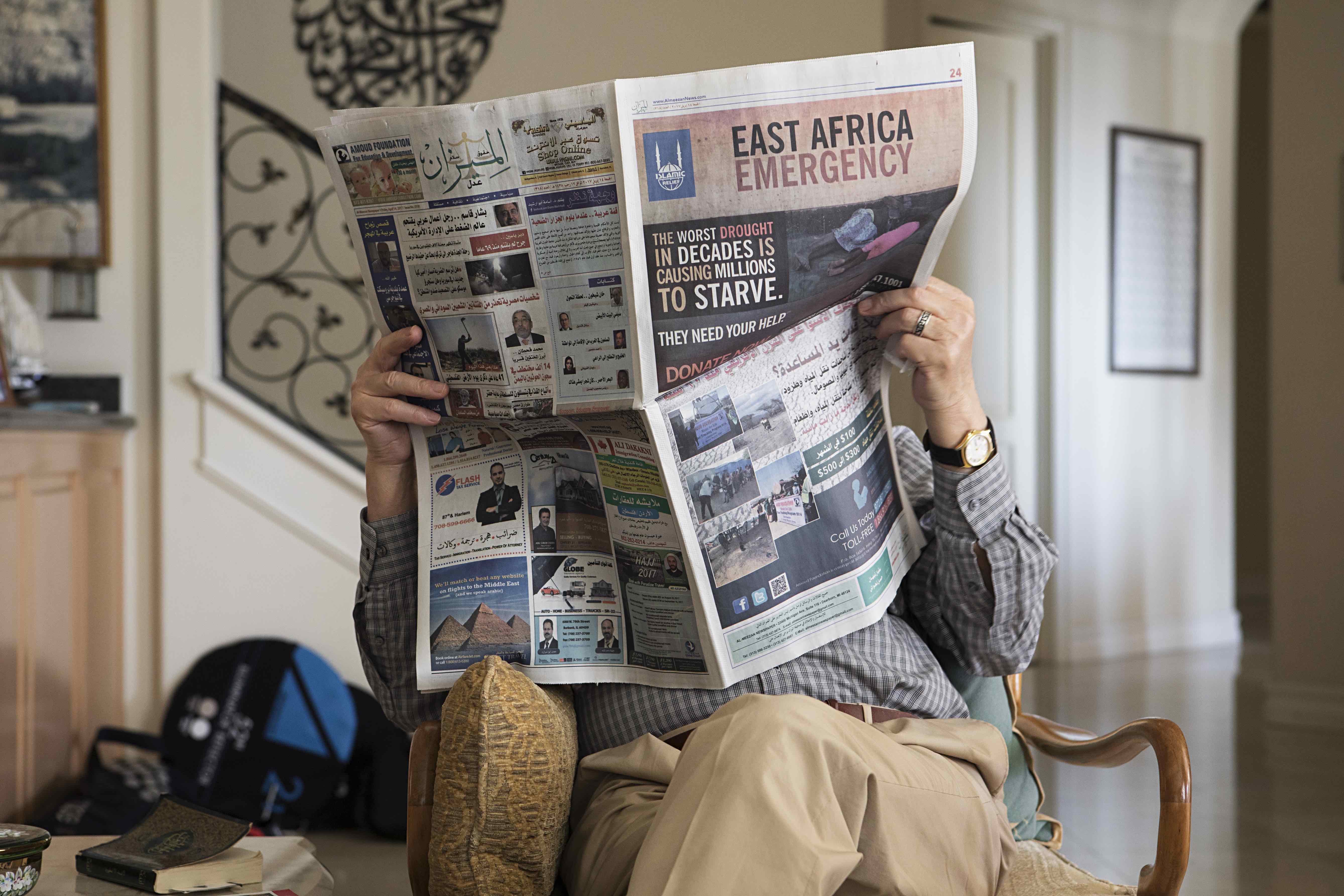 His wife, Khadra, gave the book its name when she shared her story with Taysir. After the 1967 War, the Israelis occupied Gaza; they started to register people and opened the border so that people could leave.

“We came to America many times before, but to stay for good, we came in July 1981. When I finally arrived here, I thought, my original home is Palestine. But this is a home away from home.” 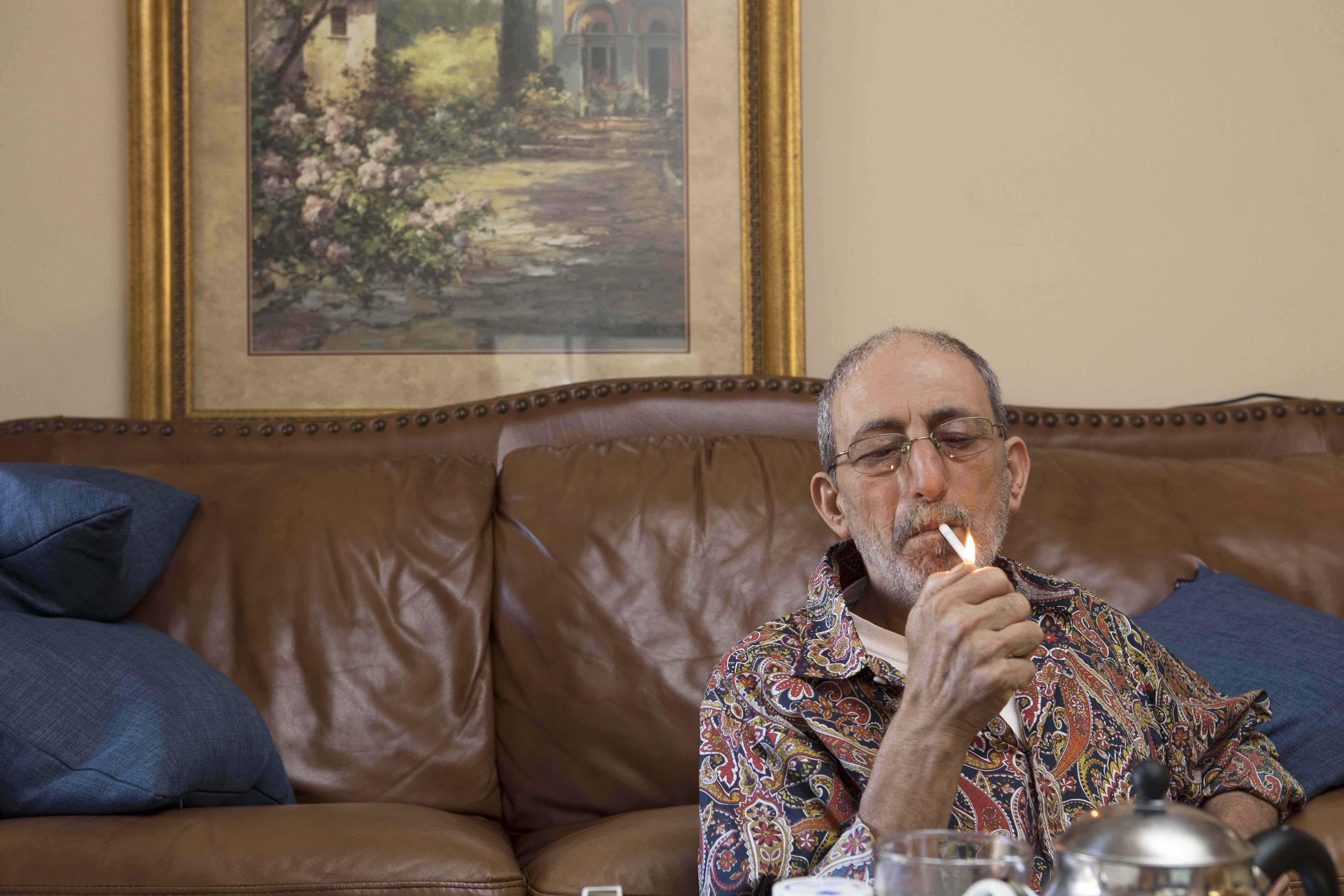 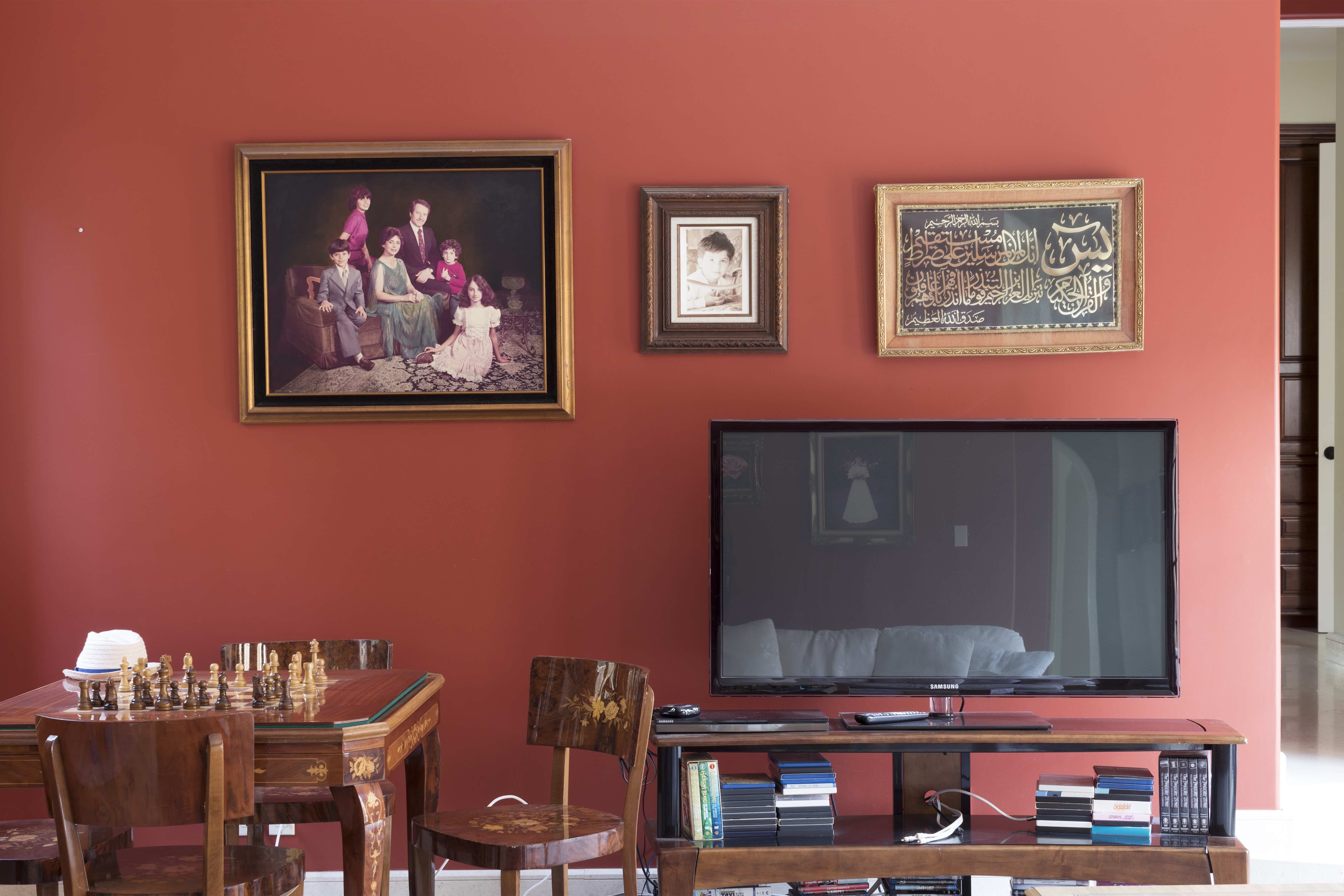 All photos courtesy Taysir Batniji, from Home Away From Home (Aperture/Fondation d’entreprise Hermès, 2018)

Linkedin
RELATED ARTICLES
OTHER ARTICLES
Yesterday, rail workers came together to protest poor pay, working conditions and job cuts in their latest round of strikes.
As the Criminal Bar Association enters its fifth week of action, criminal barrister Russel Fraser explains why the legal professionals have walked out and how action is likely to escalate.
Following the release of his latest album, the rapper talks about finding a new approach to songwriting, attitudes to poverty, and why his music is more than a political statement.
Protestors gathered outside Downing Street following the latest atrocities committed by Israel against Palestinians living in the besieged strip.
In the latest instalment of Photographers in Conversation, the creator talks portraiture, platforms and taking inspiration from Little Simz.
A series of photos by the late Jerry Dantzic taken in 1957 show a tender side to the iconic Jazz musician.