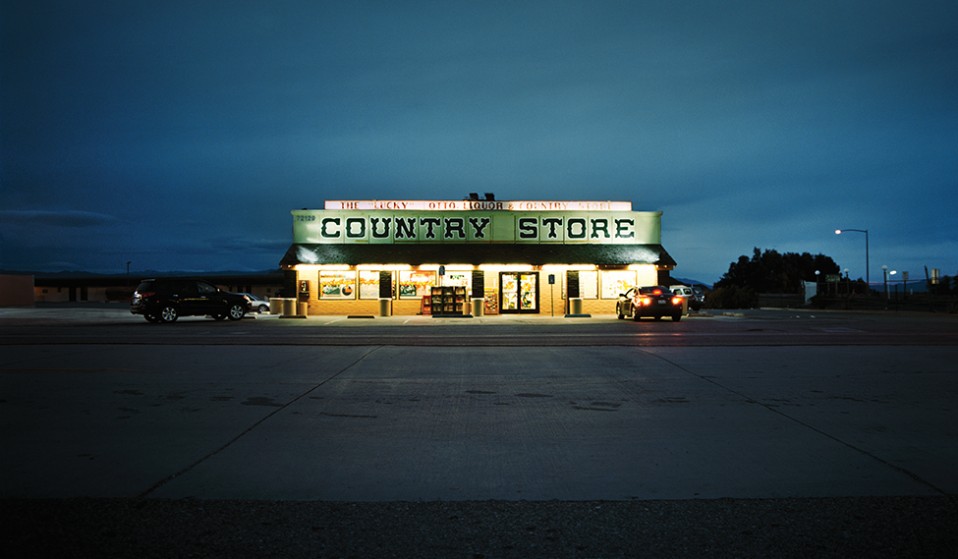 Pamela Littky captures the people and scenes of Baker and Beatty – two in-between roadside cities on opposite ends of one of the world’s hottest deserts.

Photographer Pamela Littky spent years capturing the people and scenes of Baker and Beatty – two in-between American roadside cities set on opposite ends of one of the world’s hottest deserts.

During another routine drive from Los Angeles to Las Vegas, photographer Pamela Littky stumbled upon an area she’d never bothered to notice before. In the midst of the emptiness her eyes were drawn to the Gateway to Death Valley; towns that sit on the edge of one of the world’s hottest and most barren places.

The first of them was a small Californian city called Baker, stranded by the deserted roadside of Route 95 and inhabited by little over 700 people. Intrigued, she set out to explore, and after a while, found the second gateway: the equally tiny city of Beatty, Nevada, all the way across the Mojave desert. 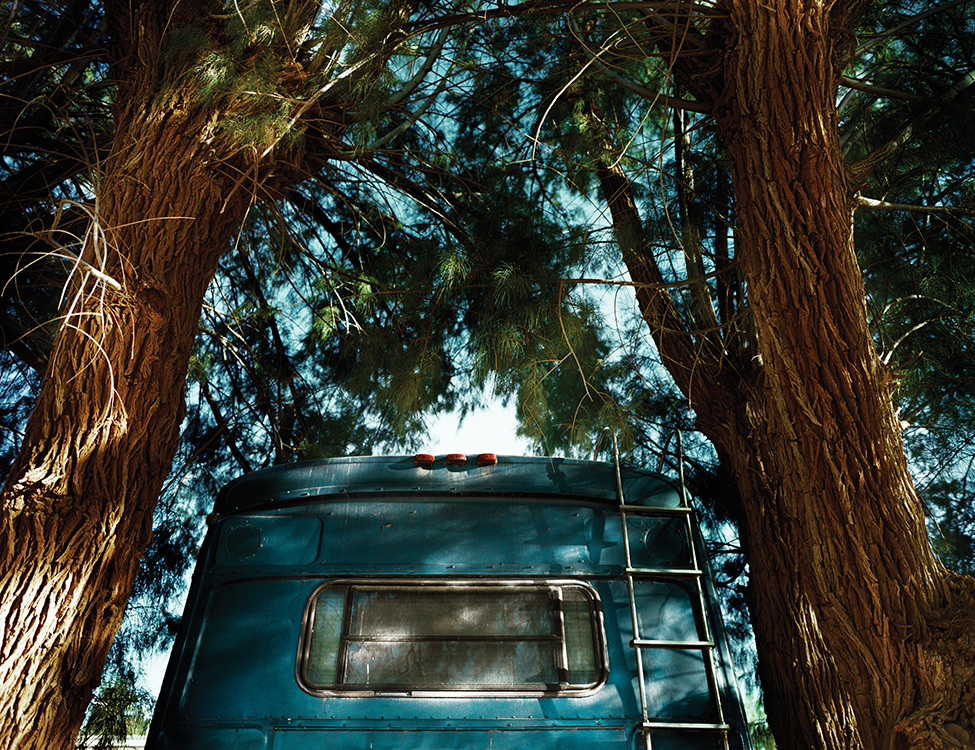 Through these two parallel cities, Littky’s Vacancy series took shape – a collection of images taken over the course of many years that give an intimate look at an unseen part of America, and the lives of the people who spend their days in these standstill, isolated places that are seen by so many as pit-stops not destinations.

How did you first come across these two “gateways to death valley”, and what made you decide to explore them?
A handful of years ago I was driving on I-15 from Los Angeles to Las Vegas. On the drive, passing a giant water tanker piqued my interest that read: Welcome to Baker, CA…Gateway to Death Valley. And in the way your mind wanders while driving on the open road, to me it felt so ominous and macabre, and I was intrigued. I had passed by it lots of times, it’s right on the way to or from Las Vegas from Los Angeles, but this time for whatever reason, I decided I wanted to get out and explore it. At the time it was June and midday and about 115 degrees, so I decided to come back when the weather was more manageable to have a look around.

After a couple trips out to Baker, CA – which is a three-hour drive from Los Angeles – I was back home editing my film and started to do some research on the ‘Gateway to Death Valley.’ It was then that I discovered there was another town, just on the other side of Death Valley, that claimed the same title. These towns both bookended this part of the Mojave desert, so I knew I had to go see what was on the other side. 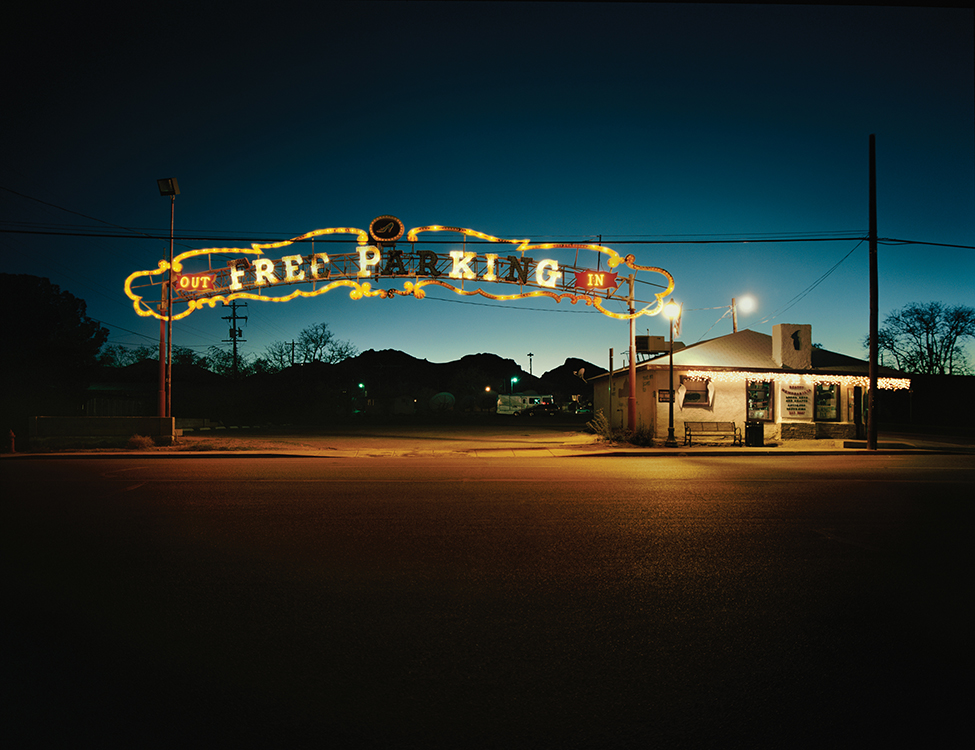 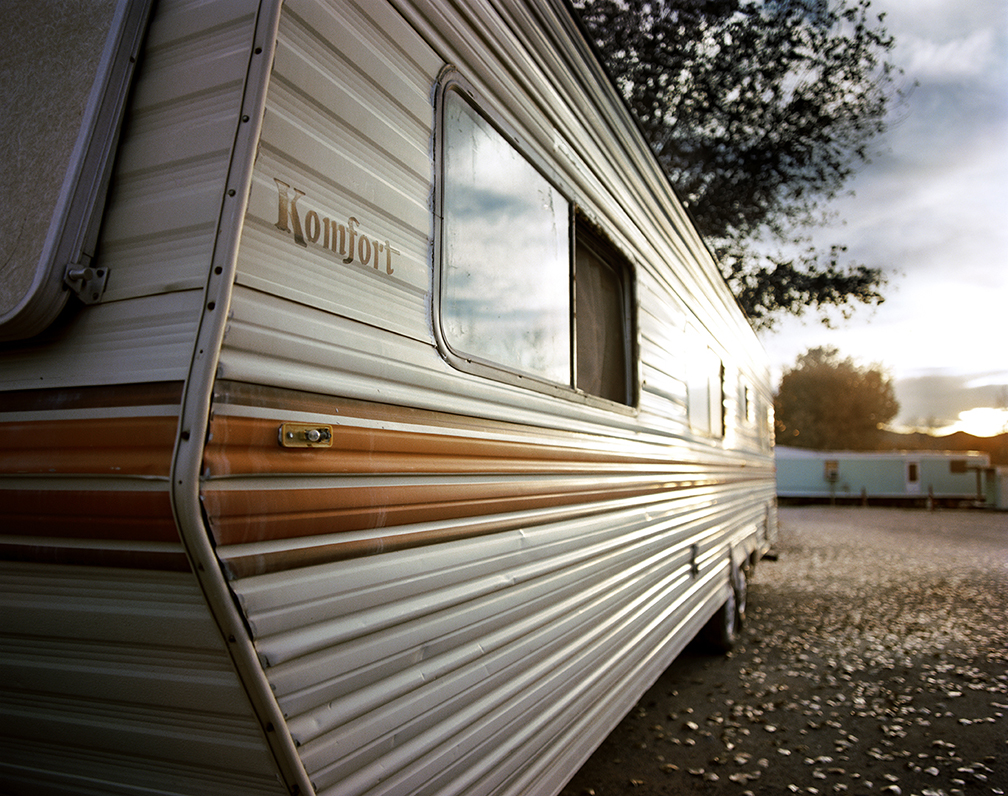 You spent quite a few years immersing yourself in these “in-between” cities,  did anything change over the course of your series?
For the most part, most everything remained the same, although a few small things had changed. I had shot The Lawn Deer that were outside of Arne’s Royal Hawaiian Motel on my very first trip out there. The deer had been there for years but by the time I had photographed them the motel had already been boarded up and closed down for a handful of years.

Every time that I’d drive through Baker it was the first thing I’d see. Over time, vandals slowly started demolishing them, and by my last trip out there, they were reduced to just rubble. Aside from that, not much changed at all, although there was a BBQ joint in Beatty that was a different restaurant every time I went out there, and Baker ended getting a Subway Sandwich shop. 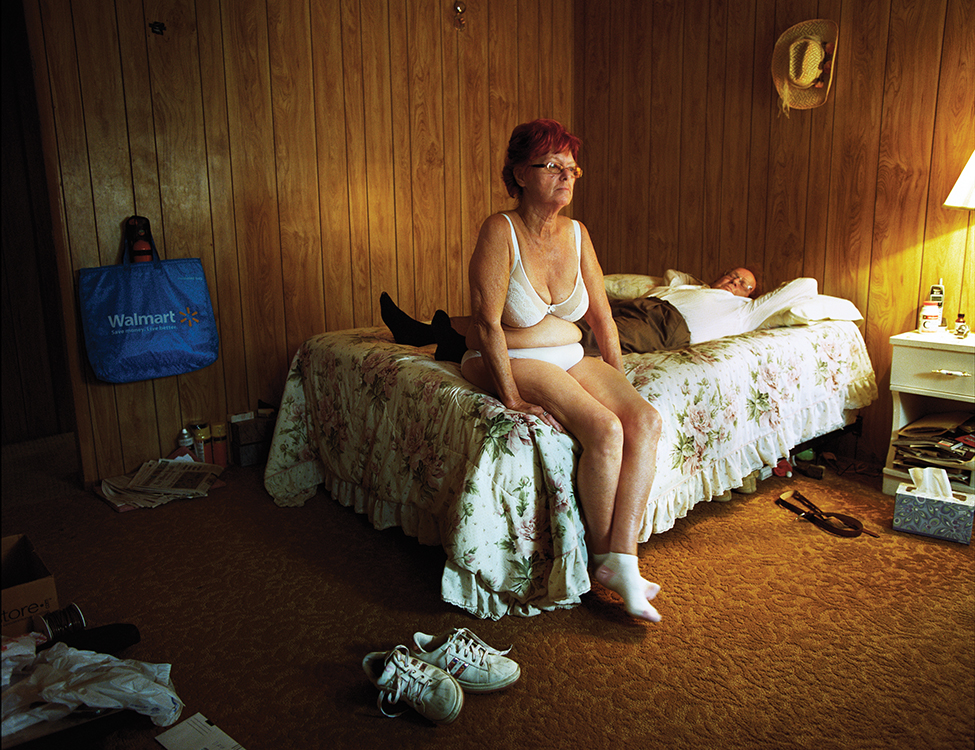 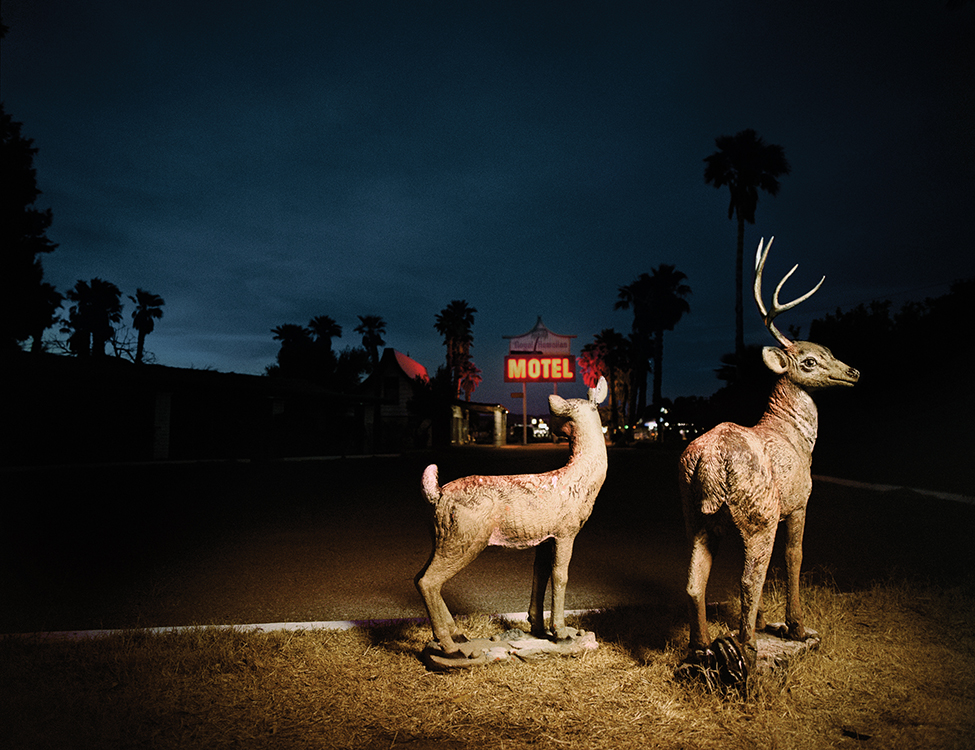 Did you have any ‘small town America’ preconceptions when you started?
It was very much a “let’s see what happens” project. I had a feeling the desert landscape and culture would lend itself to a visually interesting story and I found so much to capture. I was curious to explore the town that I had only previously ever quickly passed through or seen off in the distance and was intrigued about the people who would choose to live in such harsh conditions and where there was seemingly very little going on.

You do get a real sense of community among the residents of both towns. And as with any small town, everyone seems to know everyone.

One of the main similarities is the fact that they are both towns that people primarily just pass through. They also are both towns of 900 or so people. The most glaring difference is the fact that Baker is mostly made up mostly of illegal immigrants. Beatty on the other hand is comprised more of people that have been there for generations. 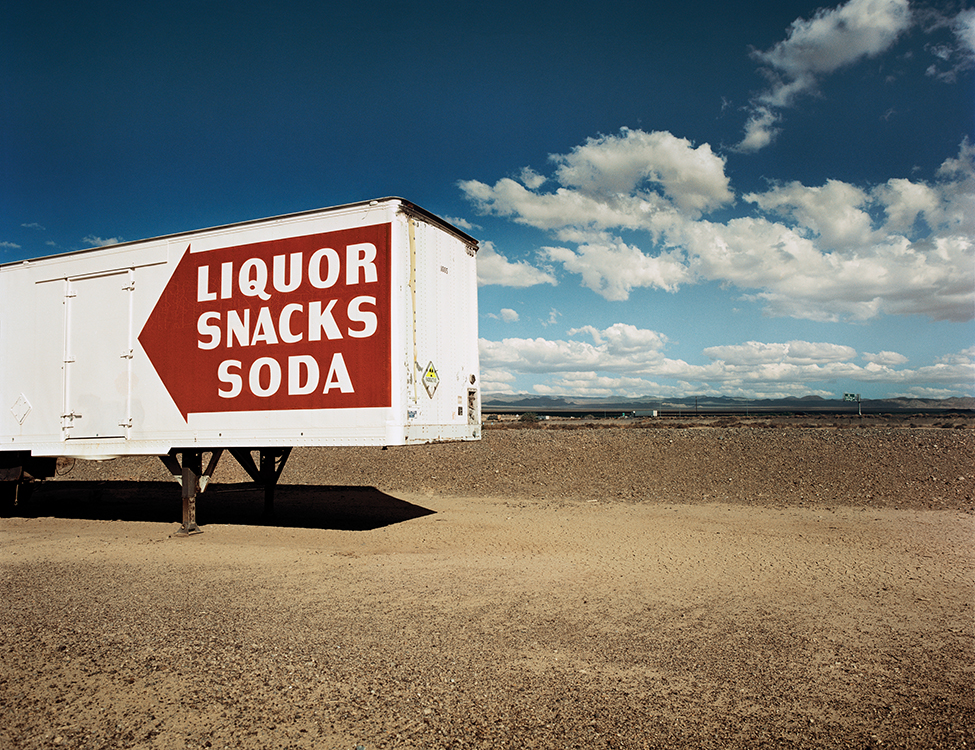 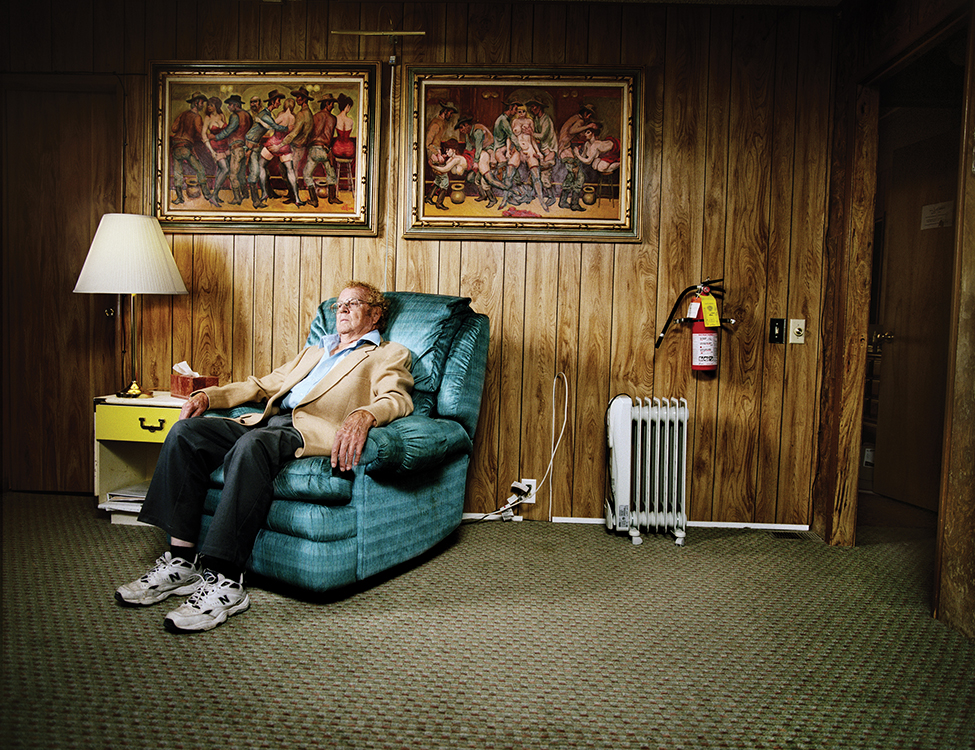 Did you consider what particular emotions you wanted to evoke with the images?
I wanted to photograph anyone who would let me, everyone was interesting to me, and whenever possible, I preferred the intimacy of photographing the subjects in their home.

There is general feeling of sadness, isolation and loneliness that permeated the photos. Years of extreme temperatures and dry climate wears on a person’s face and this comes across.

You’ve done a lot of work about hidden forms of American identity and spaces that got somehow stuck in time – what attracts you to this subject matter?
I’m fascinated by Americana and the observations of the fabric of community. It’s so different than anything I typically see living and shooting in Los Angeles. 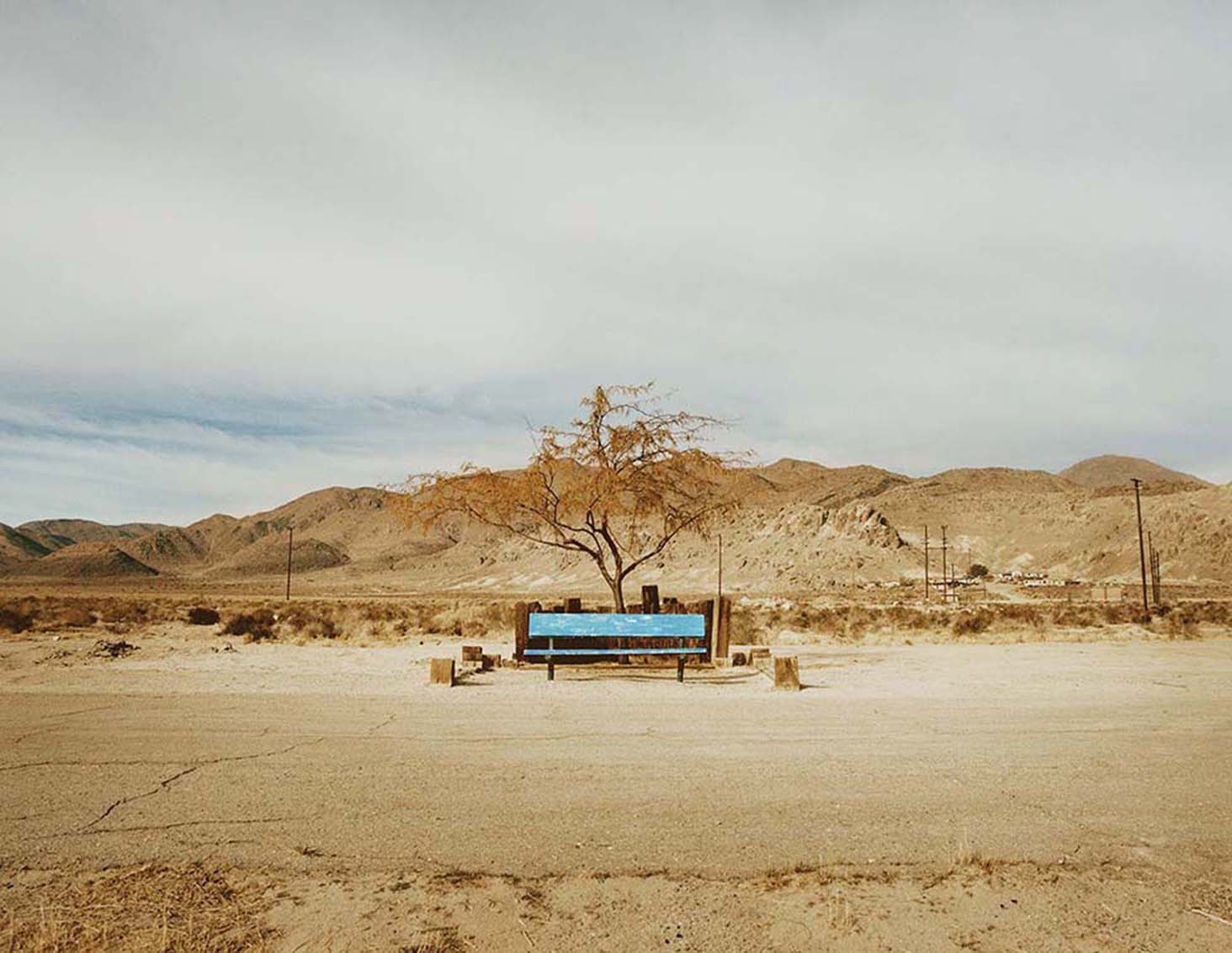 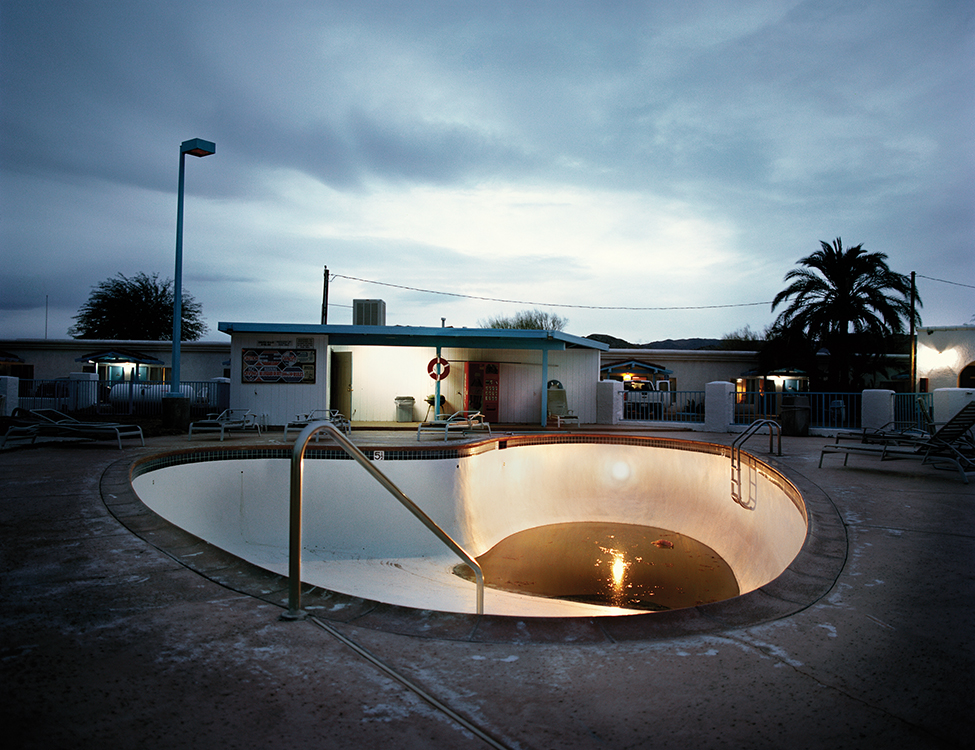 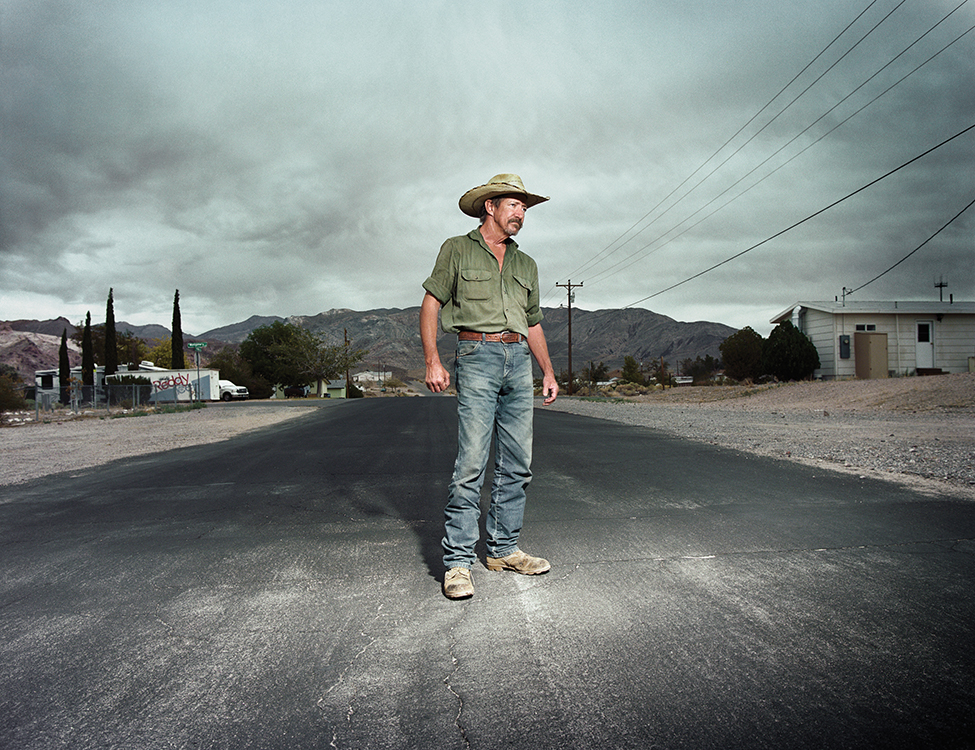 Can you tell me a little bit about your photographing process, both technically and creatively?
For this project, I wanted to photograph as many people as I could, but it’s challenging to just walk into a small town as an outsider and meet people. So my plan was for my assistant and I to eat a meal at one of the few sit-down restaurants in town, chat up the server, explain the project, and try to convince them to let us come home with them to take their portrait. We did this several times over, and this seemed to work.

The entire project was shot on film, which is something of a bit of a process in itself and not one that most people see nowadays. I like to keep it loose and once I’d have the shot set up, I’d only shoot a handful of frames. 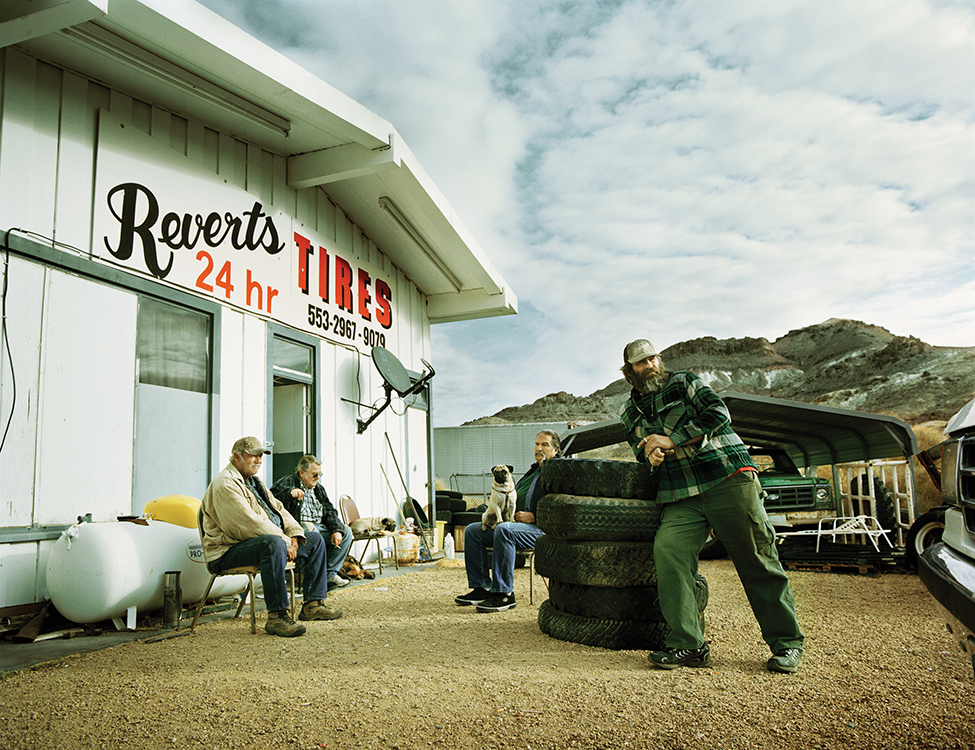 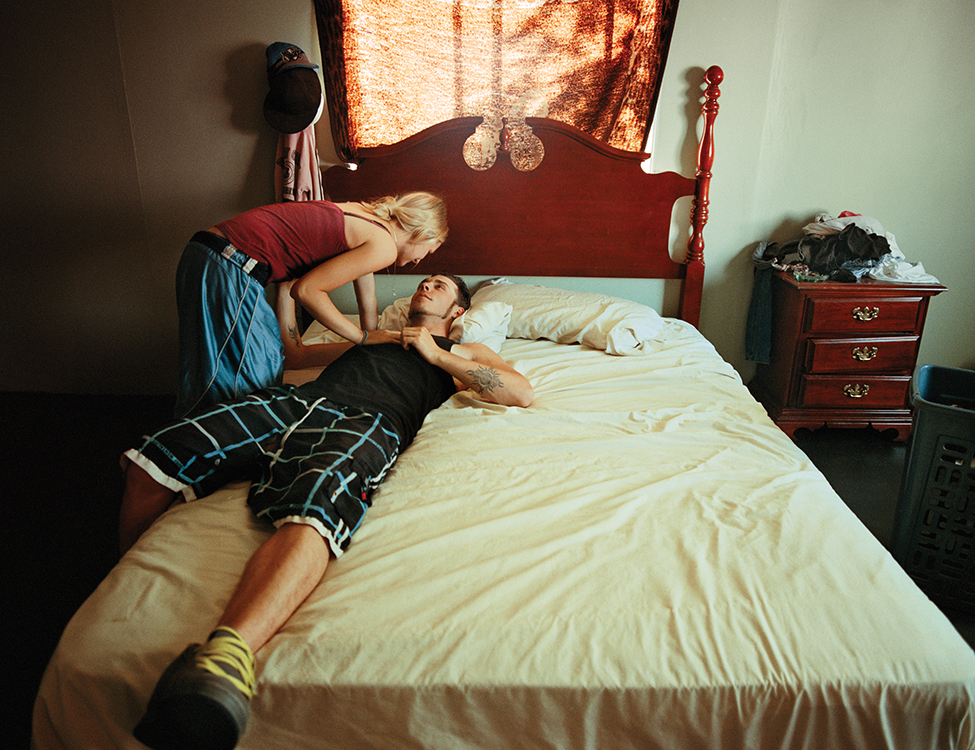 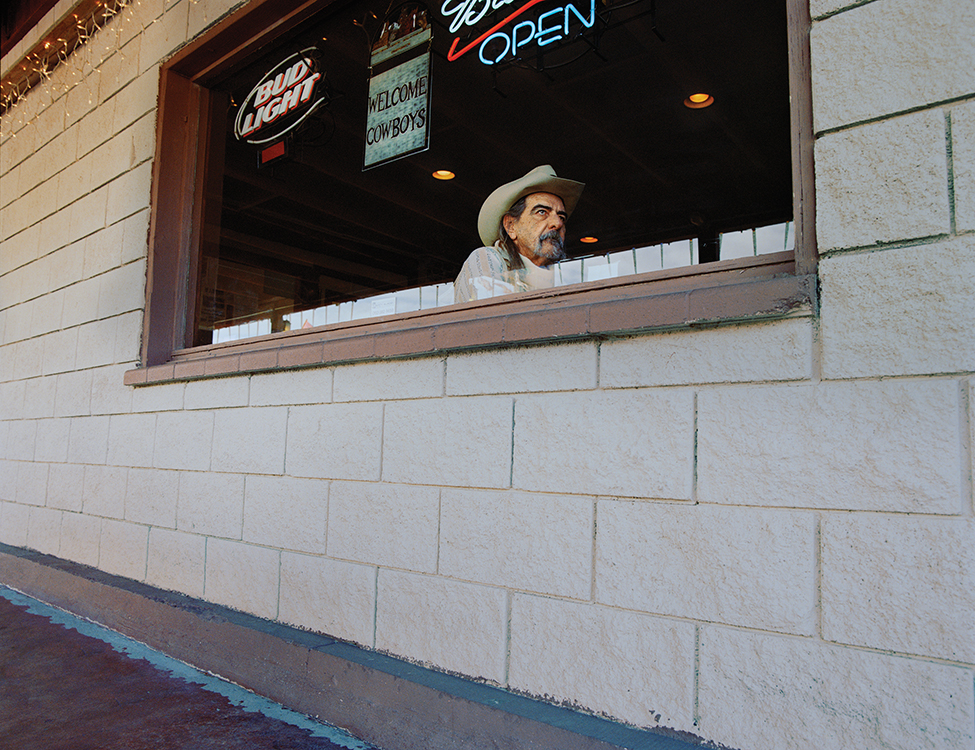 American Desert Dreams by Nancy Baron and Pamela Kitty opens at Kehrer Galerie, Berlin, from 1 April to 6 May 2017.

Linkedin
RELATED ARTICLES
OTHER ARTICLES
A new exhibitions brings together the work of photographers who documented the deep unrest of these pivotal decades.
AI companies that develop image-generators using copyrighted artwork from the internet are coming under fire from artists who say that it amounts to theft.
As she gears up for the release of her first book, the 24-year-old climate activist talks standing up to authority and building a more inclusive movement.
Activists and campaigners are fighting back against new laws that would seriously undermine the ability to take industrial action, calling it an attack on fundamental workers' rights.
Filmmaker Laura Poitras discusses her new documentary which traces the remarkable life of the artist-activist and the impact of her battle against the US opioid crisis.
Tristan O’Neill’s shots of dancers caught in moments of reverie at the height of rave’s golden age are a testament to the UK’s legendary club culture.