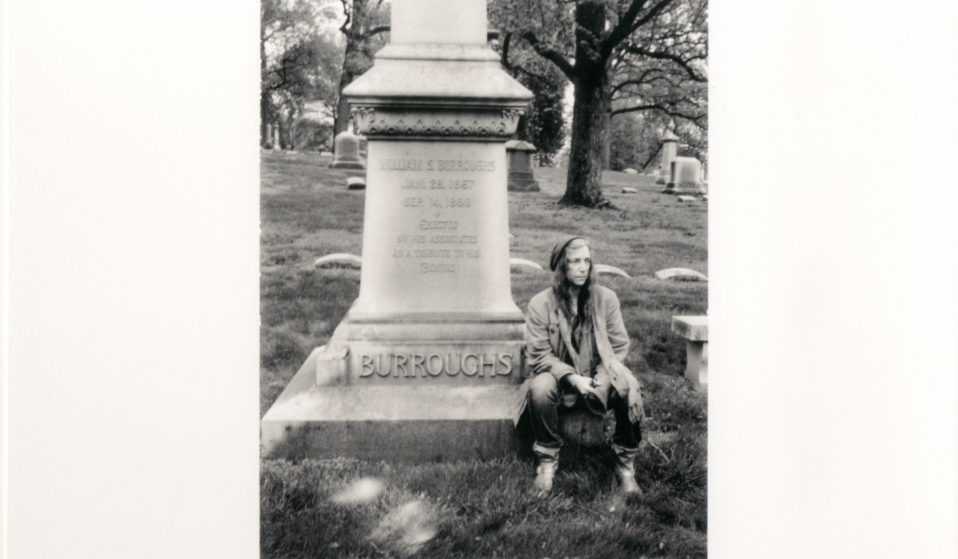 In the early 1970s, Patti Smith travelled to Mexico with a Polaroid camera in hand, making photographs as components for collages, most of which have been lost to history. In the decades since, Smith returned time and again, creating a series of images and poems inspired by a feeling of kinship with the nation and its flourishing artistic community.

Now, a selection of 30 photographs is on view in Patti Smith: Wing, a celebration of creation and communion. Wing is also the title of a poem about freedom, both physical and spiritual, as well as the act of travelling independently to distant lands.

“I am not a photographer, yet taking pictures has given me a sense of unity and personal satisfaction,” Smith writes in Land 250. “They are relics of my life. Souvenirs of my wandering. All that I have learned concerning light and composition is contained within them.”

Bree Zucker, the New York director of kurimanzutto, who organised the exhibition along with the San Francisco Art Institute says: “I believe that for Patti, photography is a ritual, one that captures the sacred journey of the wanderer. This figure of freedom, the wanderer, poet and savage detective, resonates in the exhibition. Several of these works also hold around their border Patti’s distinctive, exquisite calligraphy, a vagabond scrawl marking her frame like a mantra.” 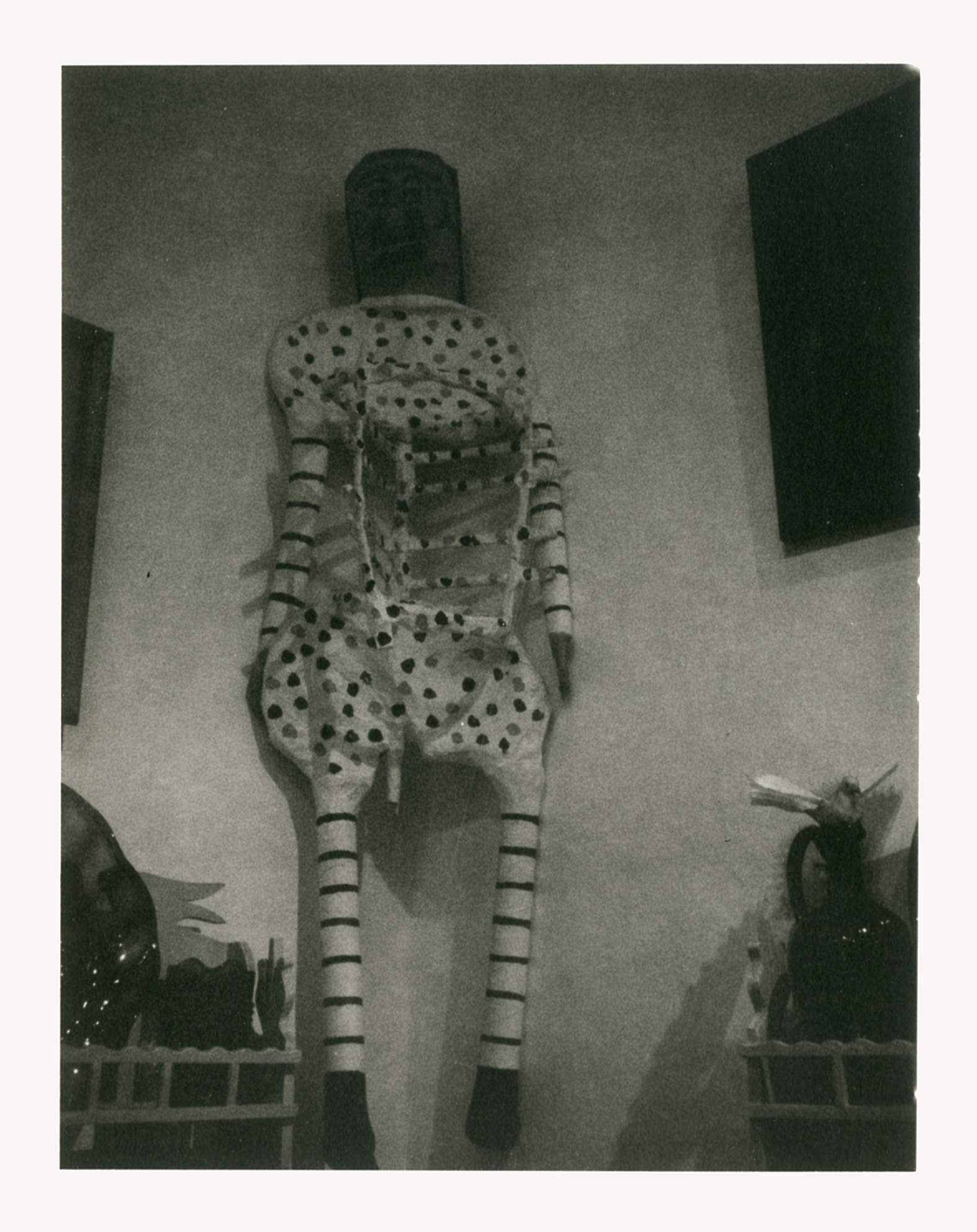 The photographs selected for Wing are intimate silver-gelatin prints of small, everyday objects that speak to Smith’s reverence for fellow artists Frida Kahlo,  Diego Rivera, Isamu Noguchi, and Roberto Bolaño, to whom she composed and dedicated poetry to as well.

“Patti’s photographs operate as elegies,” Zucker explains. “Poetic ruminations, they traverse the boundary between memory and breath, walking the line between remembrance and the present. Sacred objects, slender parcels of rarified air, these daily relics remind us that life is forever intermingled with the potent talismans of past loved ones, whose pursuit of art and truth live on in the present. As Patti says, we are all alive together.”

This sense of togetherness pervades Smith’s work, as she collapses the boundaries between time and space that is only made possible in the creation of art. In the book M Train, Smith dedicates the chapter titled “Wheel of Fortune” to her adventures in Mexico. In it, she recounts her introduction to Casa Azul, Kahlo’s home and resting place, where she made photographs of items like Kahlo’s wing-like crutches. She also dedicated a poem to the butterflies Isamu Noguchi created for Frida, that the artist pinned on the ceiling above her bed, which was inscribed on the wall of Casa Azul. 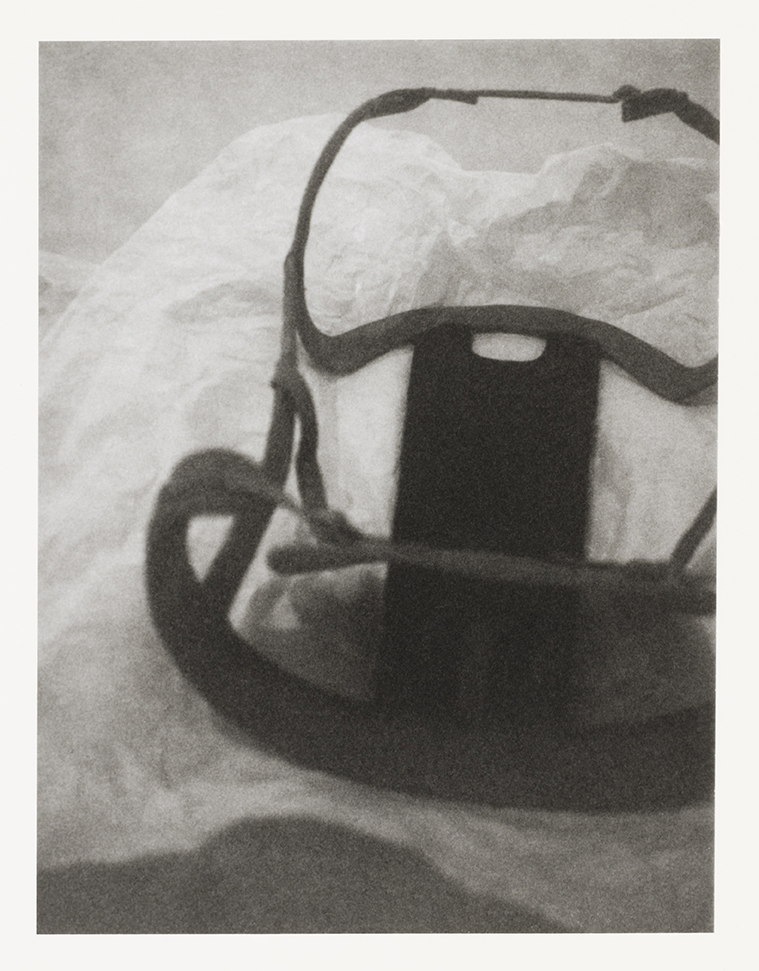 The long-held dream eventually came to pass, as Smith was granted access to Casa Azul, where she made photographs of items like Kahlo’s wing-like crutches alongside the butterflies Isamu Noguchi created for Frida, which she pinned on the ceiling above her bed. Smith then dedicated a poem to the butterflies, which was inscribed on the wall of Casa Azul.

“Patti’s unmistakable voice is indelibly stamped in her photographs, as it is in every facet of her being. It is a voice that pervades, speaking to us as bard, activist, artist, and mother,” Zucker adds.

“Patti often describes the instantaneous ease of photography. Its ability to capture the elusive aura of a place, object, or a moment, becomes stamped as physical memory in the heart of an exposure. A camera is an instrument, a collaborator and accomplice.” 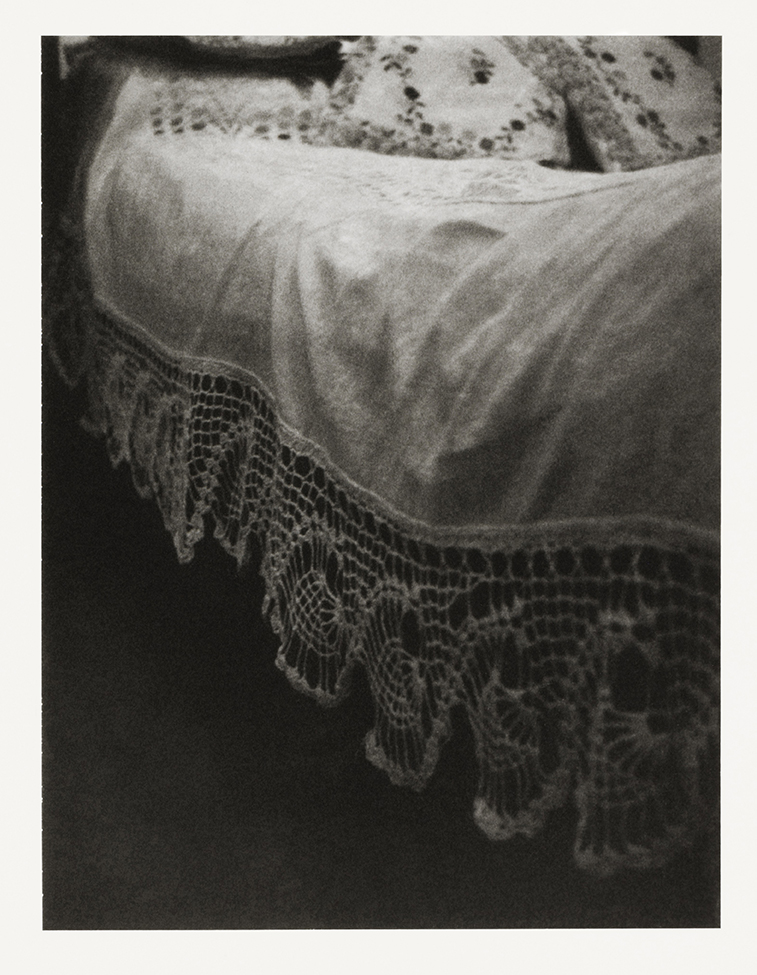 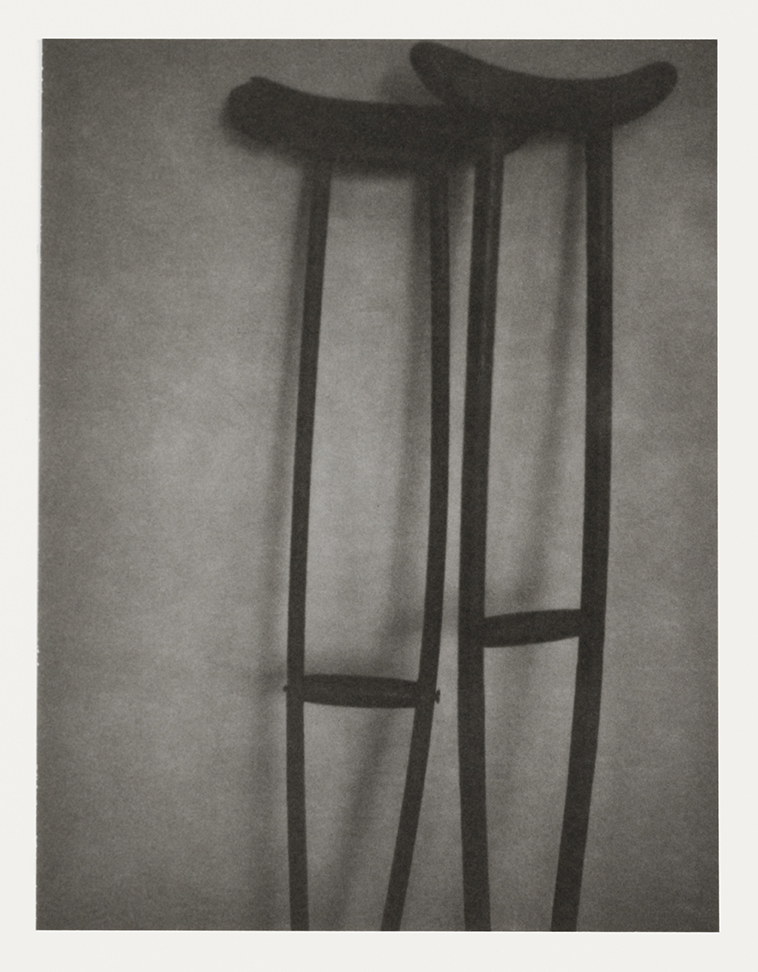 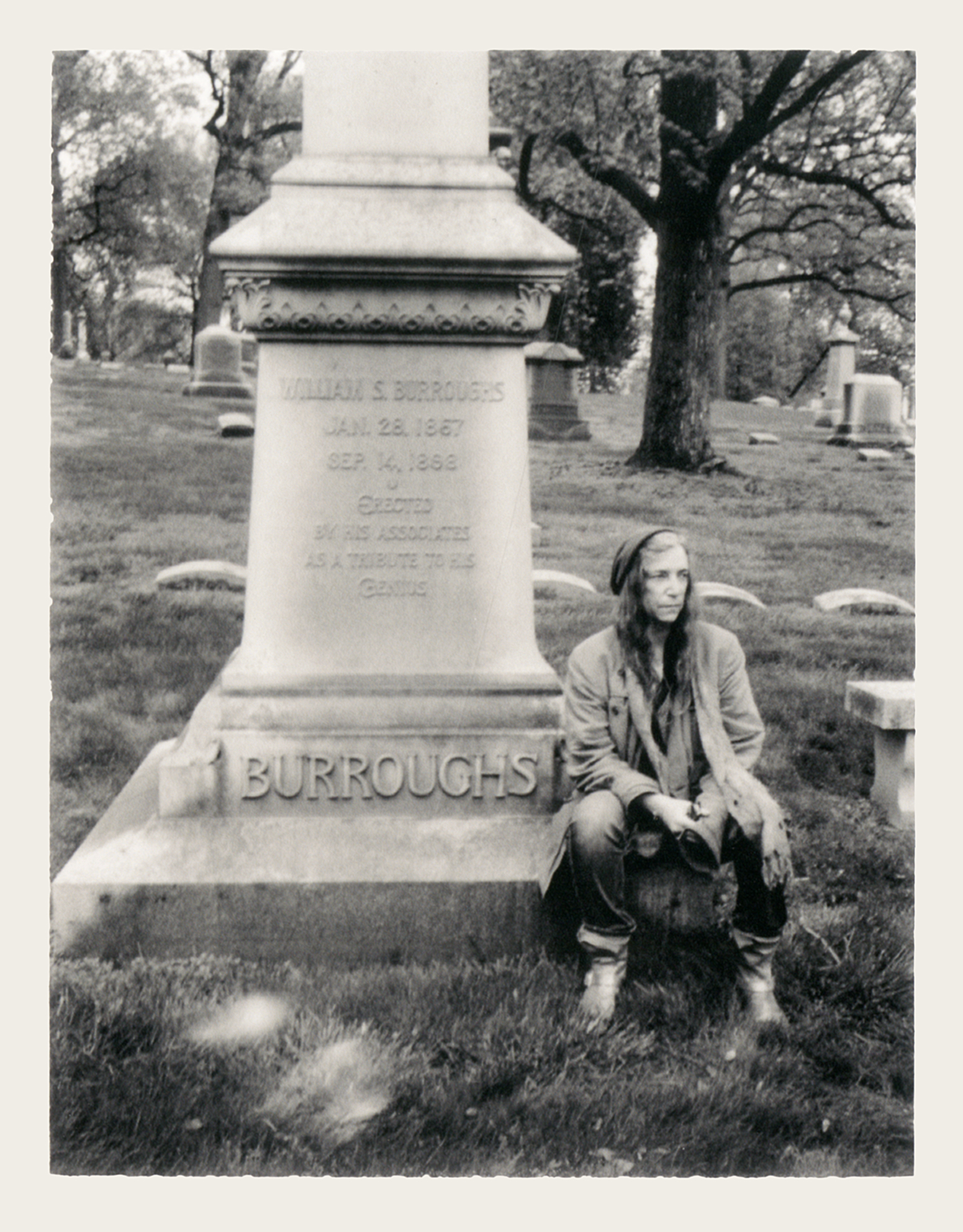 Patti Smith: Wing is on view at the San Francisco Art Institute until January 19, 2019.

Linkedin
RELATED ARTICLES
OTHER ARTICLES
Photojournalist Fiora Garenzi spoke with people still living in Eastern Ukraine, an area which seen some of the heaviest fighting since the war began.
Protestors gathered outside Downing Street following the latest atrocities committed by Israel against Palestinians living in the besieged strip.
From the chip shops, to the bingo parlors and burlesque dancers, photographer Mike Coles remembers capturing scenes of holidaymakers by the English coast.
In the latest instalment of Photographers in Conversation, the creator talks portraiture, platforms and taking inspiration from Little Simz.
Following the release of his latest album, the rapper talks about finding a new approach to songwriting, attitudes to poverty, and why his music is more than a political statement.
As the Criminal Bar Association enters its fifth week of action, criminal barrister Russel Fraser explains why the legal professionals have walked out and how action is likely to escalate.