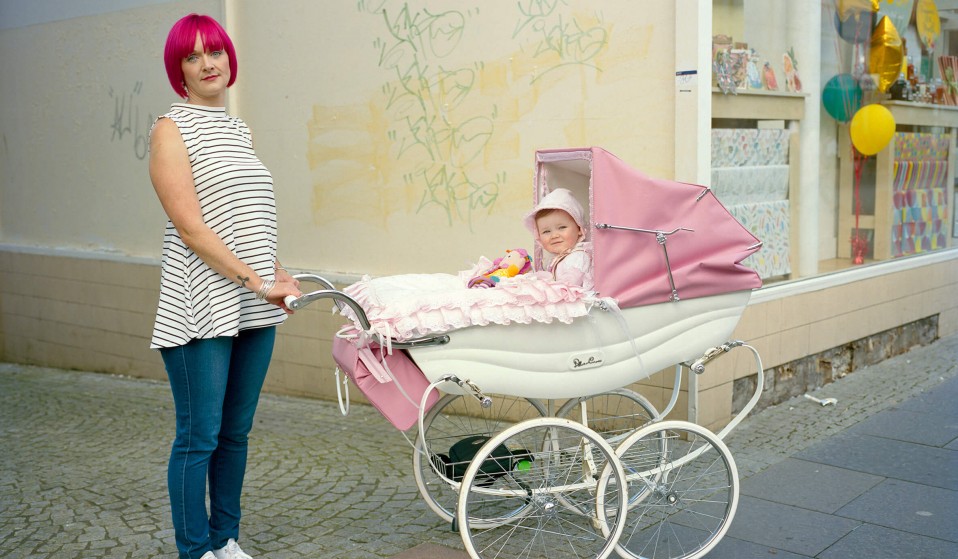 For his latest project, Scottish photographer Niall McDiarmid spent six years crafting a contemporary portrait of the UK, visiting over 200 towns in the process.

For his latest project, Scottish photographer Niall McDiarmid spent six years crafting a contemporary portrait of the UK, visiting over 200 towns in the process.

Back in 2011, Niall McDiarmid embarked on a six-year journey that would eventually see him visit over 200 towns across Britain. Somewhat perplexed by popular visual depictions of the isles – wistful, antiquated, grey – the Scottish photographer wanted to capture the country as he saw it: a modern, all-encompassing society, full of colour, character and eccentricity. So, he got to work.

The result is Town To Town, a collection of portraits that shine a light on the people and places that make up the multifarious Britain of today. Appearing in both a photobook and as an exhibition at the Martin Parr Foundation (the first series to feature at the gallery not by its eponymous founder), McDiarmid’s photos, in their embrace of the eclectic, offer a subtle two-fingers to dewy-eyed yearnings for the good ol’ days. 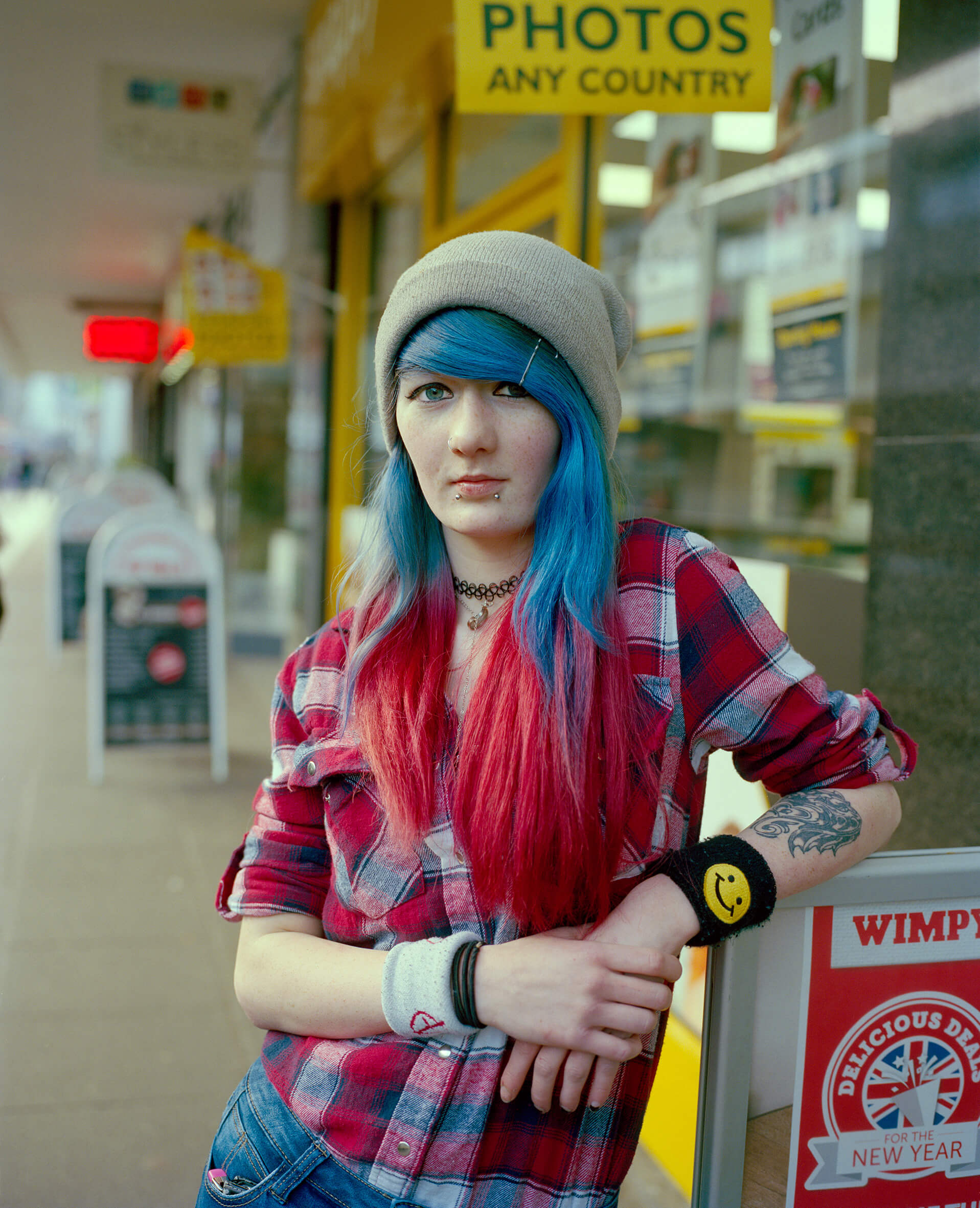 “We’re very keen to have a nostalgic view about Britain,” he tells Huck. “You see a lot of books and a lot of exhibitions that celebrate stuff that’s just the past. I don’t see too many portrayals of a modern Britain.”

“I think there are people that struggle with that modern view of Britain – I think political changes have opened up people’s difficulties with that. I was keen to make the work engaging and accessible, so that it was egalitarian view of the country. I didn’t want to place people in particular boxes, or make people feel that they were [confined to] a particular community – it was supposed to be a general overview.” 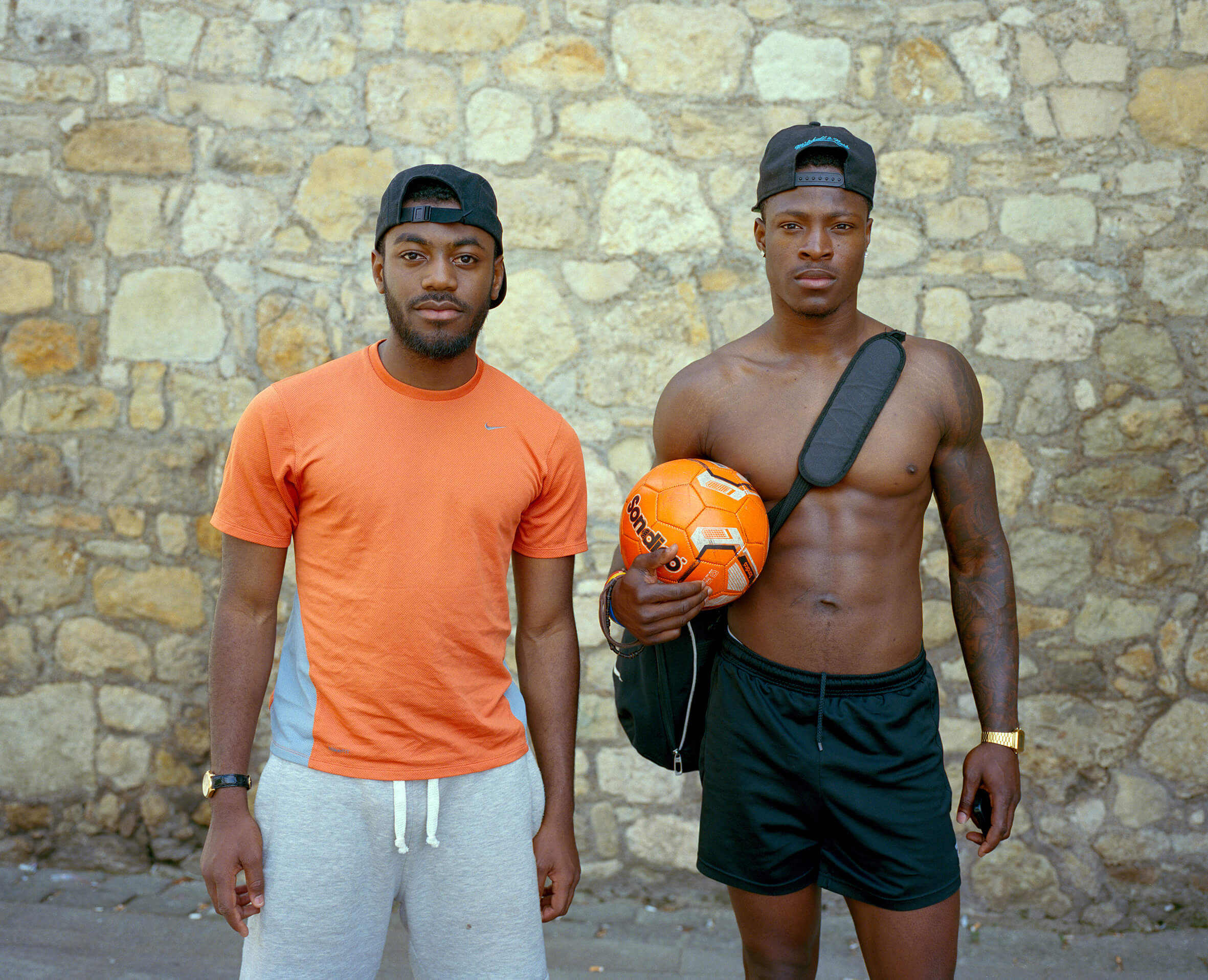 Featuring photos taken on high streets and corners, in centres, estates, and parks, Town To Town appears as if one single, meandering journey. Purposefully nondescript (images are captioned with just a location and date), the project groups everyone, regardless of their individual story, under one big, collective banner. The generic nature of each individual backdrop – bus stops, shop windows, junctions, semi-detacheds – allows the subject to take centre stage: while the appearance of the towns visited are similar, the people most certainly are not.

“I think there’s a belief among certain people that, after Brexit, it’s ‘going back’ to a certain way. Well, the world is going in one direction. There’s no going back. I think Britain has always been one of these places that has always been open to people from different societies. Trying to push against that? I don’t think it’s going to happen, really.” 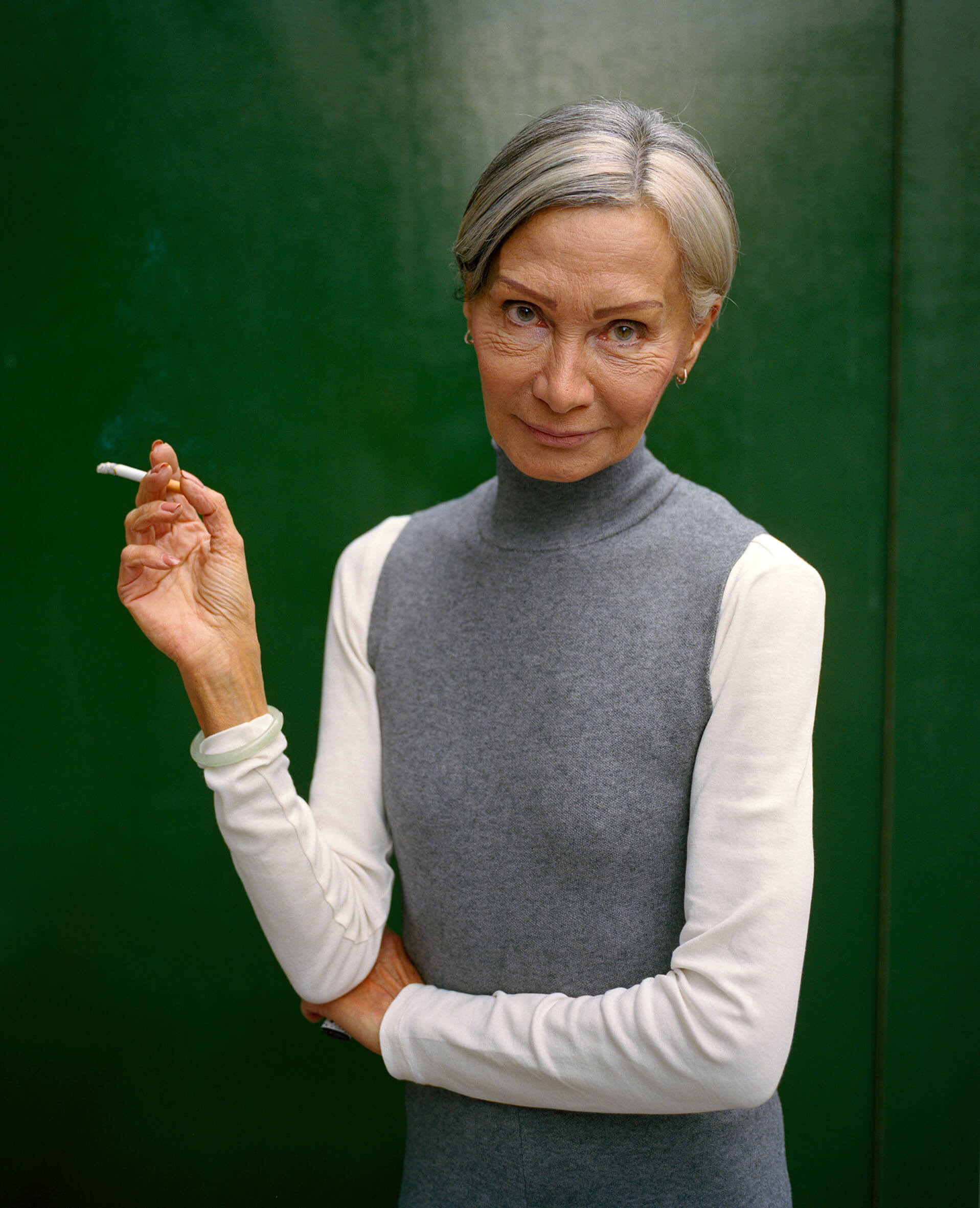 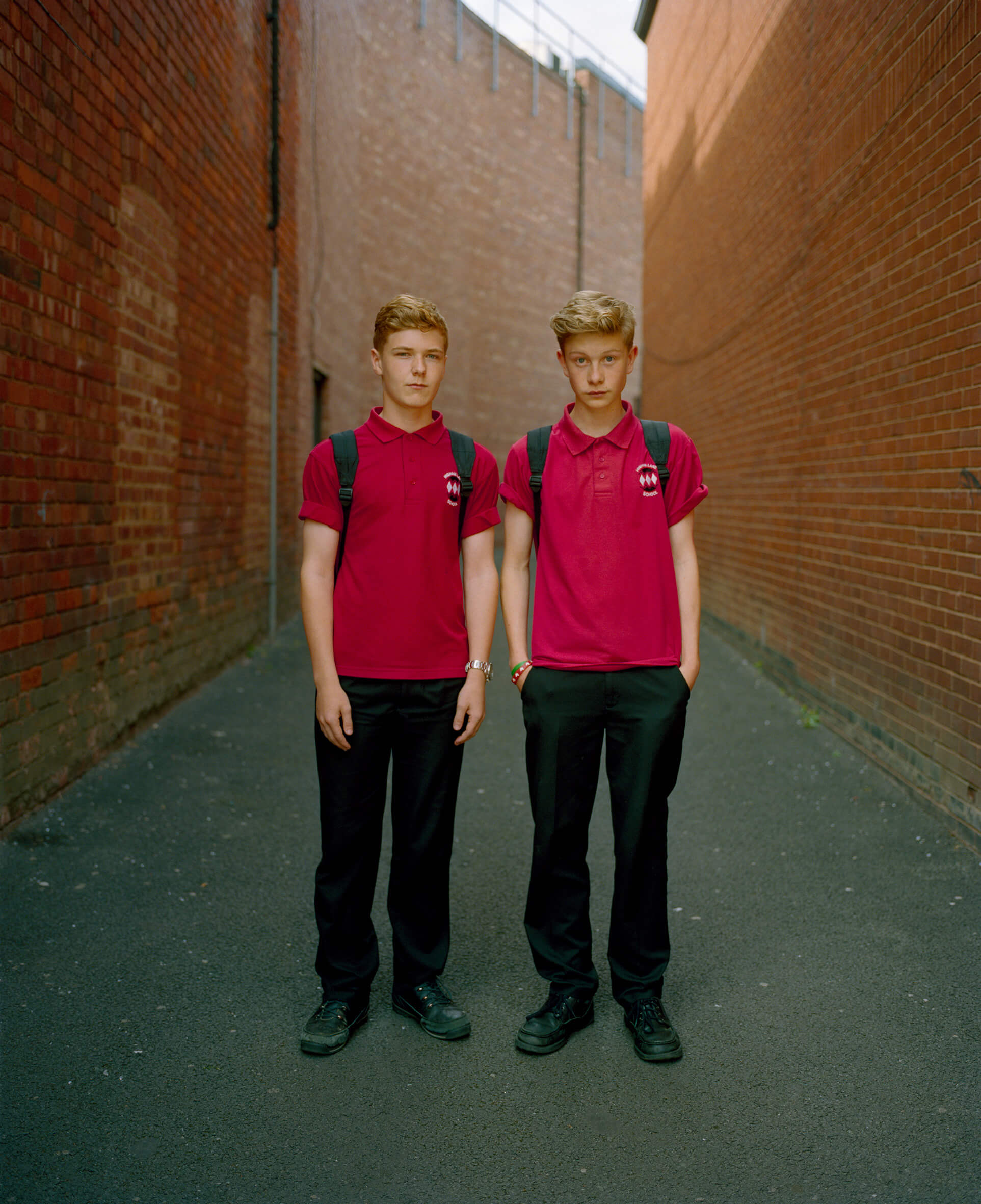 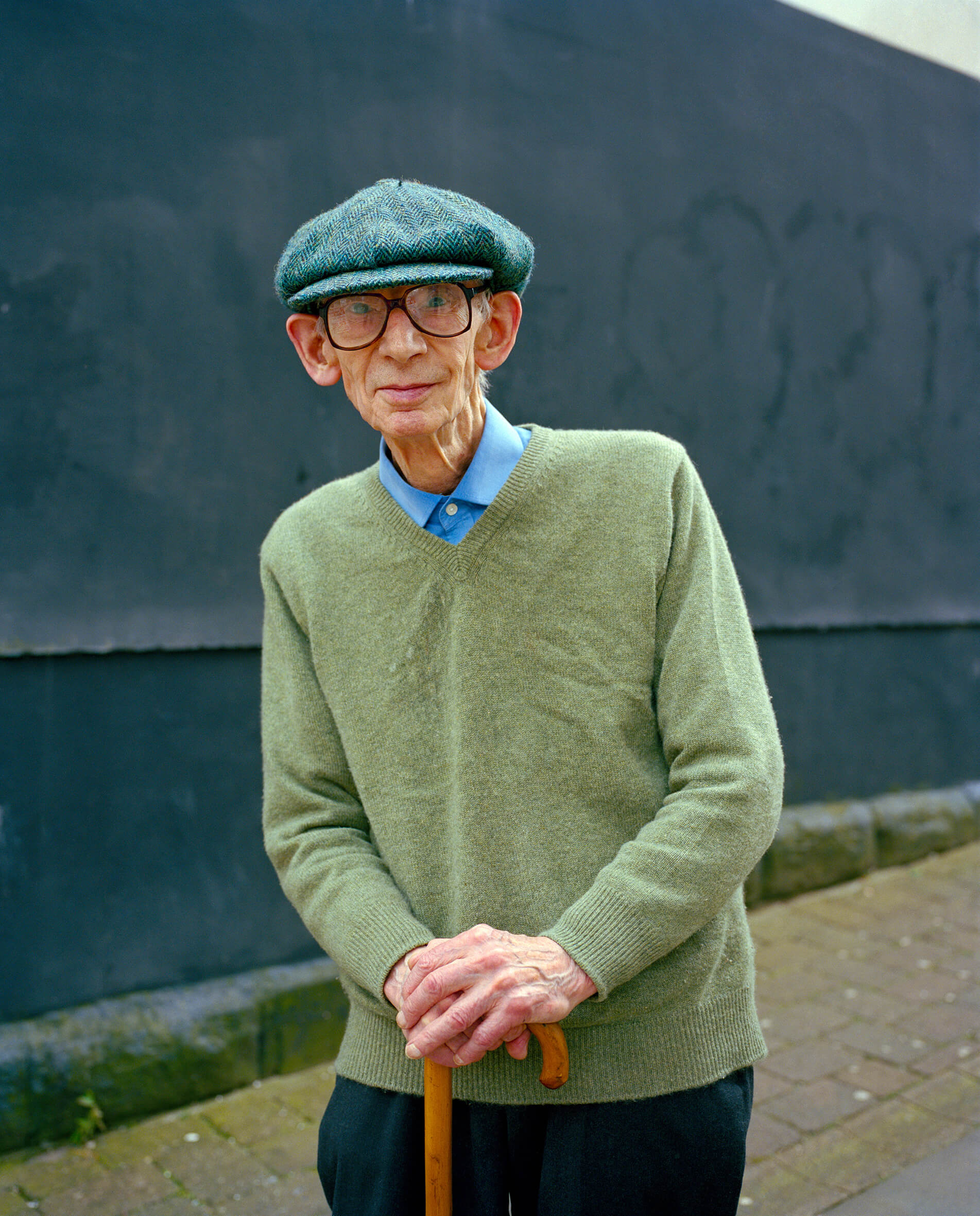 Town To Town is available now. An accompanying exhibition will run at the Martin Parr Foundation from January 31 until May 12.

Linkedin
RELATED ARTICLES
OTHER ARTICLES
The author discusses her new memoir, which offers a sobering reflection on the racism and otherness she’s experienced along with a joyful celebration of her culinary heritage.
A sharp increase in officers armed with the electrical weapon is resulting in serious injuries and deaths.
Protestors gathered outside Downing Street following the latest atrocities committed by Israel against Palestinians living in the besieged strip.
From the chip shops, to the bingo parlors and burlesque dancers, photographer Mike Coles remembers capturing scenes of holidaymakers by the English coast.
In the latest instalment of Photographers in Conversation, the creator talks portraiture, platforms and taking inspiration from Little Simz.
Following the release of his latest album, the rapper talks about finding a new approach to songwriting, attitudes to poverty, and why his music is more than a political statement.