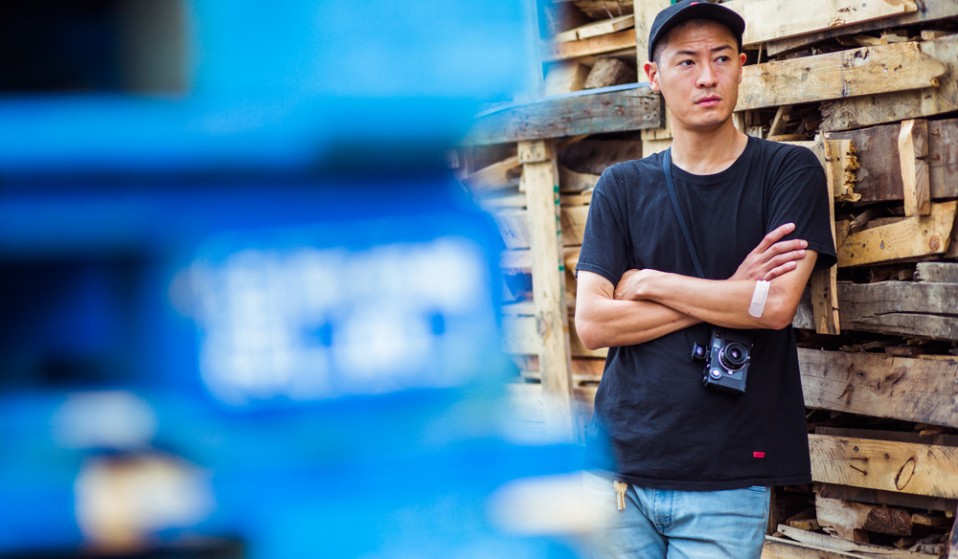 When skate photographer Pep Kim swapped South Korea for the USA, it was the fabled kerbs of NYC that felt foreign and brand new.

Skateboarding is all about 'the tour', landing in some exotic locale and letting curiosity lead the way. But when photographer Pep Kim swapped South Korea for the States, it was the fabled kerbs of NYC that felt foreign and brand new.

My first introduction to Pep Kim – outside of his photographs – was a short email he sent to me, asking if I’d be a subject in his series on East Coast skateboarders. We met in his studio in Williamsburg and exchanged a few words, before he began aiming his lens, with little direction, other than to just “hang out”. So we hung out and I learned quite a bit about Pep, despite his economical way with words.

Pep is both aloof and direct. Perhaps it’s because English isn’t his first language, but my impression on that day was that the camera was his dialect of choice. Being an East Coast skater has been my identity for so many years that it’s no longer a thing, but to this documentarian from South Korea, it encapsulated an entire lifestyle and view on the world – something that he wanted to bring out in his work. 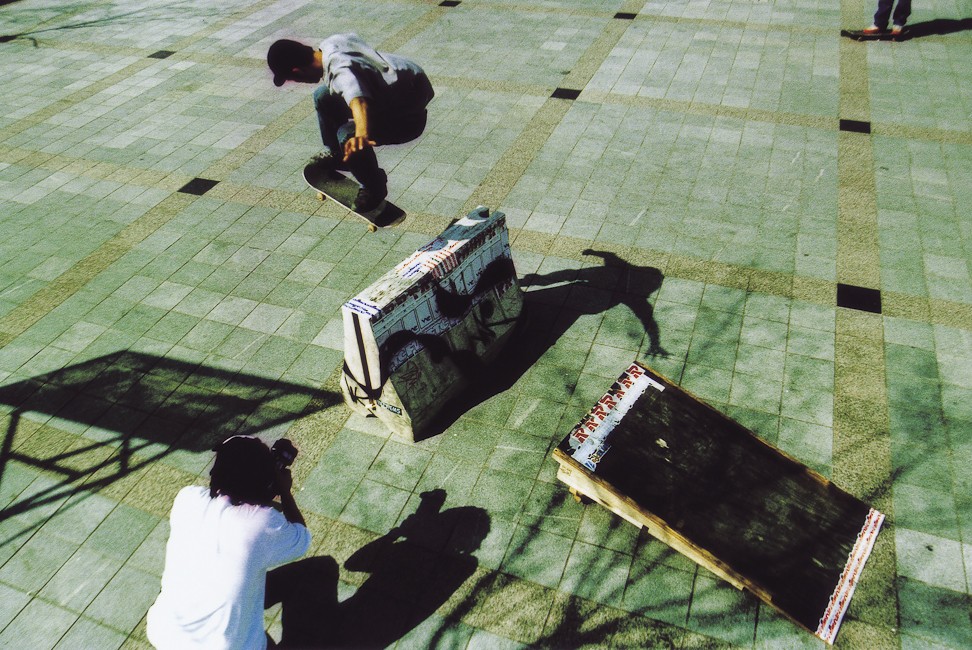 “In my high school, we were only allowed to wear casual clothes on Saturday. You’re also forced to cut your hair in very stupid style and wear uniform in most high schools in Korea,” says Pep grinning, his accent faint but still apparent in the odd word dropped here and there. “So, one day I wore Girl Skateboards hoodie, with the woman’s bathroom logo on it – every single kid in school laughed at me and I couldn’t really understand why. That hoodie was something fucking unique to me and I had to struggle to find it. All these cute girls looked at me and laughed.”

For Americans, skateboarding is heritage; born here, sung about in high-pitched harmonies by Jan and Dean in the ’60s, and one of the most influential subcultures to become mass market. But for photographer Pep Kim, being a skateboarder in Ilsan – a large satellite city near Seoul, South Korea – was outsider culture, even in the mid ’90s when he first picked up a board. At a time when the X-Games were starting to garner a larger audience for skating, Pep didn’t discover it through a peer; he wasn’t gifted a hand-me-down board and he didn’t just happen upon one, like most kids in the United States do, along with scooters, rollerskates, bikes, or whatever wheeled time-wasters appear in their garage. 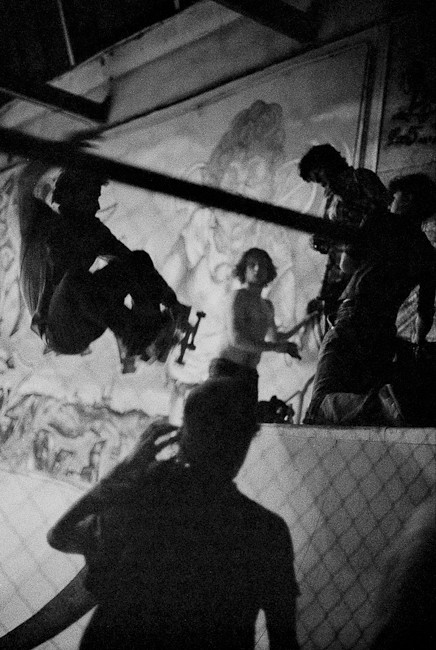 “I saw this cheesy TV commercial with young pop group, which was maybe equivalent to Backstreet Boys back then in Korea,” he said. “They were skating and jumping down stairs on these symmetric skateboards, which I’d never seen before in my life. I thought that was super fucking cool and I couldn’t even sleep at night, until I found out what they were and where to get one – there was no real distribution or anything. I finally bought a skateboard from a skate shop called Powell in Seoul. Before I started playing on this wooden toy, I was total video game freak and loved playing soccer, but I think I haven’t touched my video game consoles ever since.”

The hooks were in and the hunt was on. You’ll rarely find a skater that’s content simply rolling around their driveway. It’s that transition from toy to curiosity that drove Pep to explore Seoul, finding spots around the city with his friends. He likens his home in Ilsan to living in Flushing, Queens, or some other outer borough of Manhattan, and would ride the train in to meet up with other skaters. 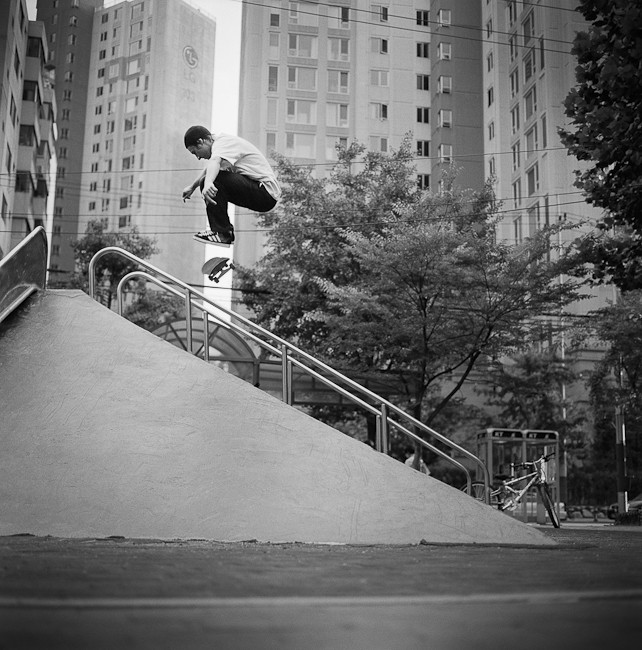 Just a year before he found skating, during a trip to China in 1995, Pep was inspired to pick up a camera. “I took photos of a bunch of small pieces of the Great Wall of China to make collage photo, like David Hockney,” he says. “There was a big photo he did – I think it was of the Grand Canyon – and he used hundreds of photos to make this one big image. That was very impressive to me, so I tried to mimic the style by using my disposable camera.”

Pep’s focus shifted to shooting skateboarding. But because there was already an established videographer around, he started snapping away with an old Yashica camera, given to him by his father. Just as he had found an identity in skating, he found freedom in photography – and just as much push-back for pursuing it, as he did for wearing that Girl hoodie. “I introduced myself as a skate photographer to someone at a bar in Seoul,” he says. “Their response was pretty much, ‘What? Shooting skateboarding? Why the hell would you do that?’” 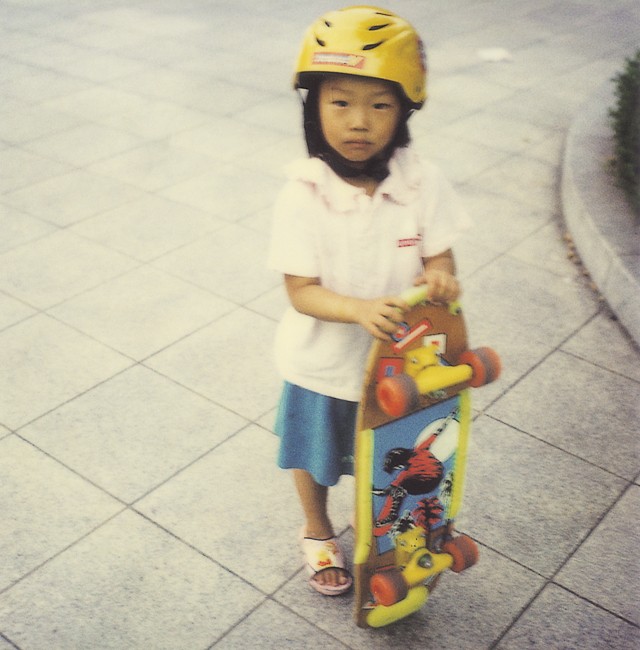 Having always planned to leave Seoul, Pep debated moving to a few European cities, including Berlin, but came to NYC in 2010 to attend the International Center of Photography. Again, it was skateboarding that really helped him settle. After meeting Traffic Skateboards pro Rich Adler, who was in Korea renewing a work visa, Pep mentioned that he was moving to NYC and didn’t know anyone. Rich hooked him up with Jerry Mraz – a local skater and builder of all things DIY and illegal – and Pep quickly immersed himself in the metropolitan skate scene.

Soon, a spirit of sincere observation was flowing throughout his art. His skate photography often shows the reality of a shot; the askew angles and obtuse framing, seen as taboo by many, are the story of his work. As staff photographer for Hopps and having worked behind the scenes during the filming of Josh Stewart’s most recent Static installments, Kim’s wanderlust lends itself to East Coast skateboarding’s fast pace. It’s not about shot lists, elaborate lighting set-ups, or getting permission and permits, but simply: see it, shoot it, keep it moving. Something Pep’s done since first finding skateboarding and photography as outlets for his curiosity. 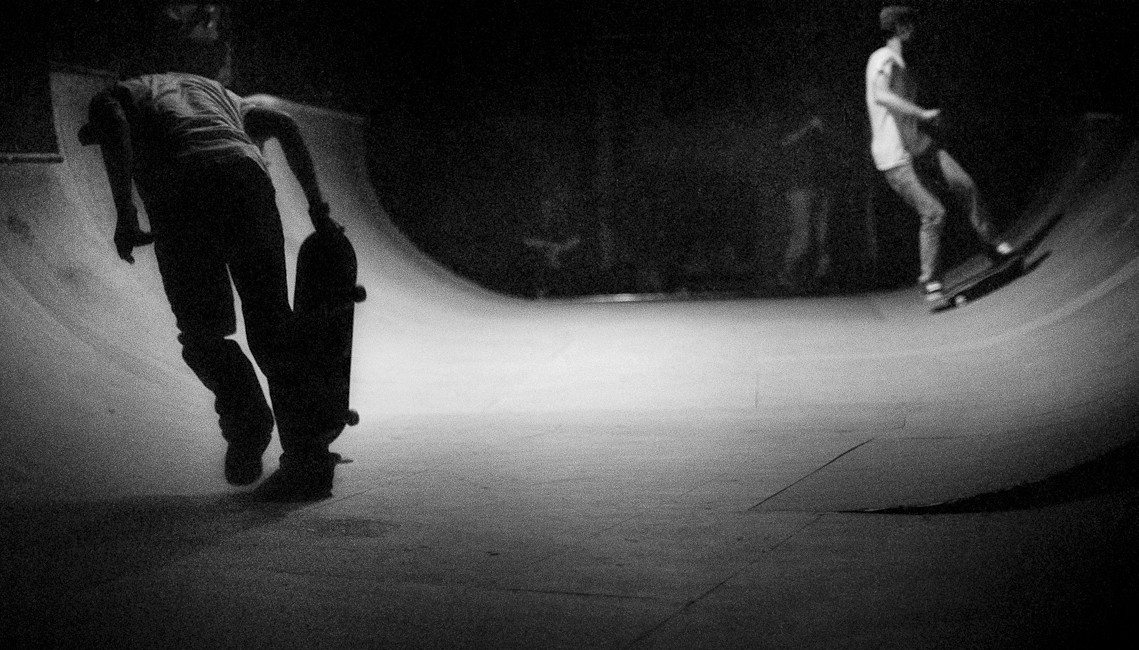 And while he admits he rushed into the move, without a bank account or credit score to his name, Pep rode the excitement and learned on the go – always moving, listening, and learning. One of the biggest challenges of moving to NYC, he says, is adapting to the 24/7 grind of East Coast skateboarders. In the city, you’re rarely sessioning one spot for an entire day; it’s all about moving on a landscape that’s evolving by the minute. It’s that mindset and spirit that permeates NYC’s fibre as a whole – the “always on” pressure that can burn out the most focused and committed.

“There are so many talented, creative hustlers with huge anxiety, who think they don’t push themselves as much as they need to,” he says. “Last year, I had that same anxiety, so I tried to push myself to go out and shoot anything, just to feel productive. When you don’t have to push yourself, it’s better to buy a pack of IPA and watch movie. People often say, ‘Never not working.’ I think that’s bullshit, unless you’re super deadbeat.” 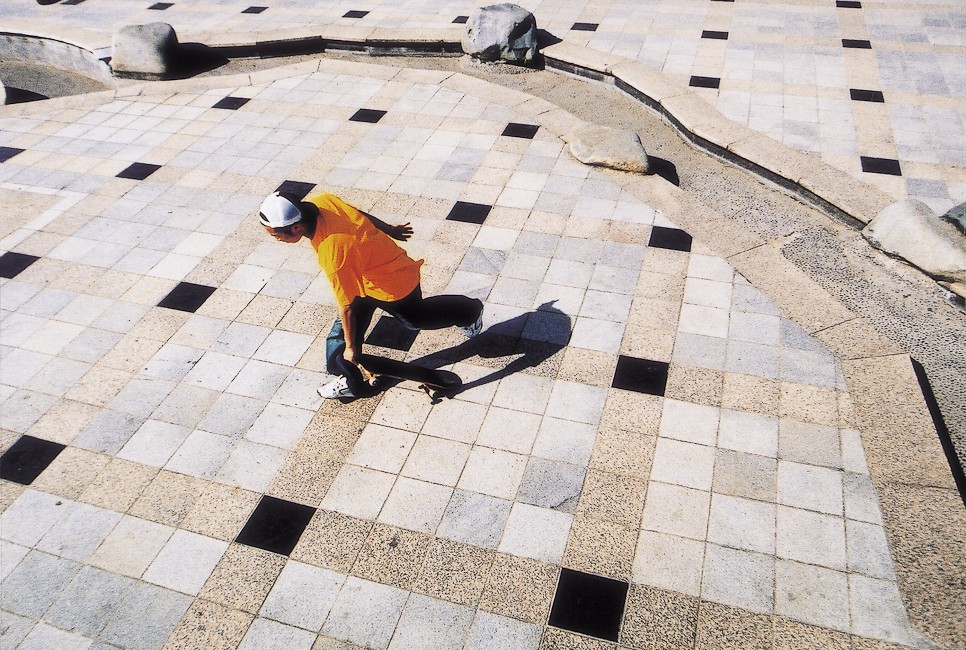 Now in his fifth year of living in New York, Pep has never second-guessed his impulsive move. “[Skateboarding] takes me to interesting places without forcing anything,” he says. “I always carry my Leica CL on my neck and Ricoh GR1 in my pocket, while I cruise around the city with skate rats. I have no expectation to shoot anything specific. Walking on the street makes you see things closely, but not necessarily broadly. Driving a car makes you see many things quickly, but you won’t catch the interesting smile of a half crazy old man, singing on the street. I think skateboarding allows you to see things closely and broadly, simultaneously.”

This article originally appeared in Huck 51 – The Adventure Issue. Grab a copy in the Huck Shop or subscribe today to make sure you don’t miss another issue.

Linkedin
RELATED ARTICLES
OTHER ARTICLES
The action took place in response to the 200 asylum-seeking children who were placed in hotels run by the Home Office who have gone missing.
A new law change is enabling Britain’s donor-conceived children to know the truth about their origins – but campaigners say the fertility industry must do more to protect people.
Activists and campaigners are fighting back against new laws that would seriously undermine the ability to take industrial action, calling it an attack on fundamental workers' rights.
AI companies that develop image-generators using copyrighted artwork from the internet are coming under fire from artists who say that it amounts to theft.
Tristan O’Neill’s shots of dancers caught in moments of reverie at the height of rave’s golden age are a testament to the UK’s legendary club culture.
A new film from Berghaus traces the story of Adam Raja, who left behind a turbulent upbringing to discover the healing power of climbing.