Art & Culture / This is what Africa’s fashion renaissance looks like… 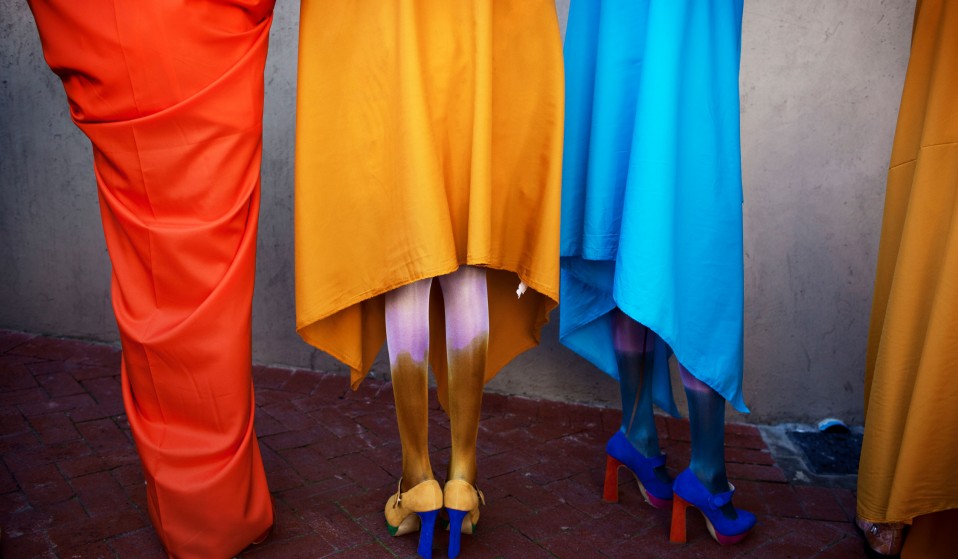 After forging a career documenting a cycle of hard news, photographer Per-Anders Pettersson fell in love with Africa’s flourishing fashion industry, rekindling his affection for positive stories that go unseen.

After forging a career documenting a cycle of hard news, photographer Per-Anders Pettersson fell in love with Africa’s flourishing fashion industry, rekindling his affection for positive stories that go unseen.

Until recently, the only stories coming out of Africa were negative. If you had a positive story, editors weren’t interested.

I have been covering hard-hitting social issues since the ’90s, whether it’s famine in Ethiopia, civil wars in the Democratic Republic of Congo or the HIV/AIDS epidemic in Botswana and South Africa.

The mission of the photojournalist tradition I work in is to highlight tough stories like these. 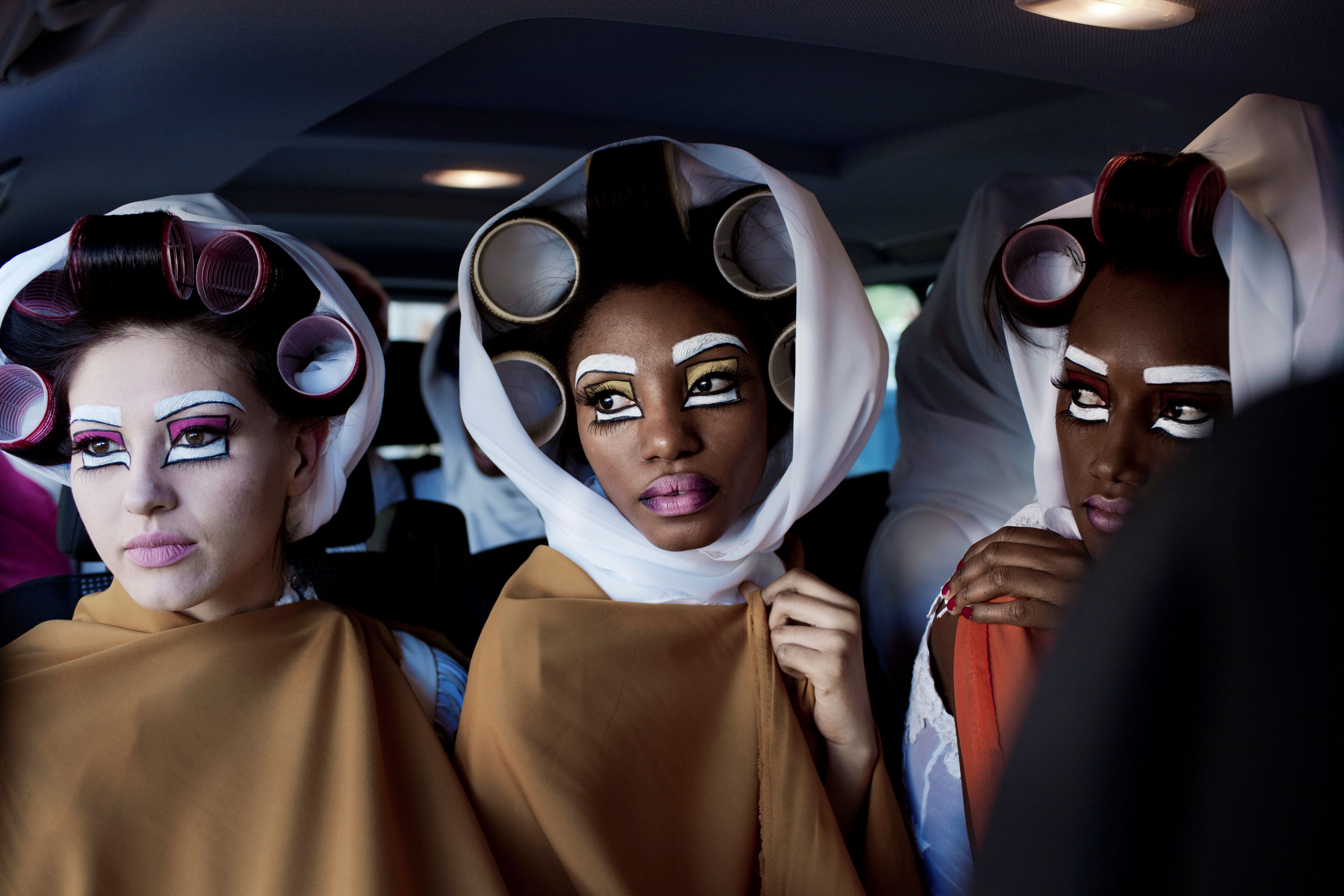 But when you see the same things happening over and again, you get emotionally tired. You start to wonder if what you’re doing changes anything.

A lot of journalists grow quite cynical by following the news cycle from story to story, from place to place. But I couldn’t stay sane doing that.

I prefer to develop projects over the long term. While covering AIDS in South Africa, for example, I kept returning to the same rural hospice.

Even though it’s sad to watch people get sick and die, meeting people again helped build a connection. 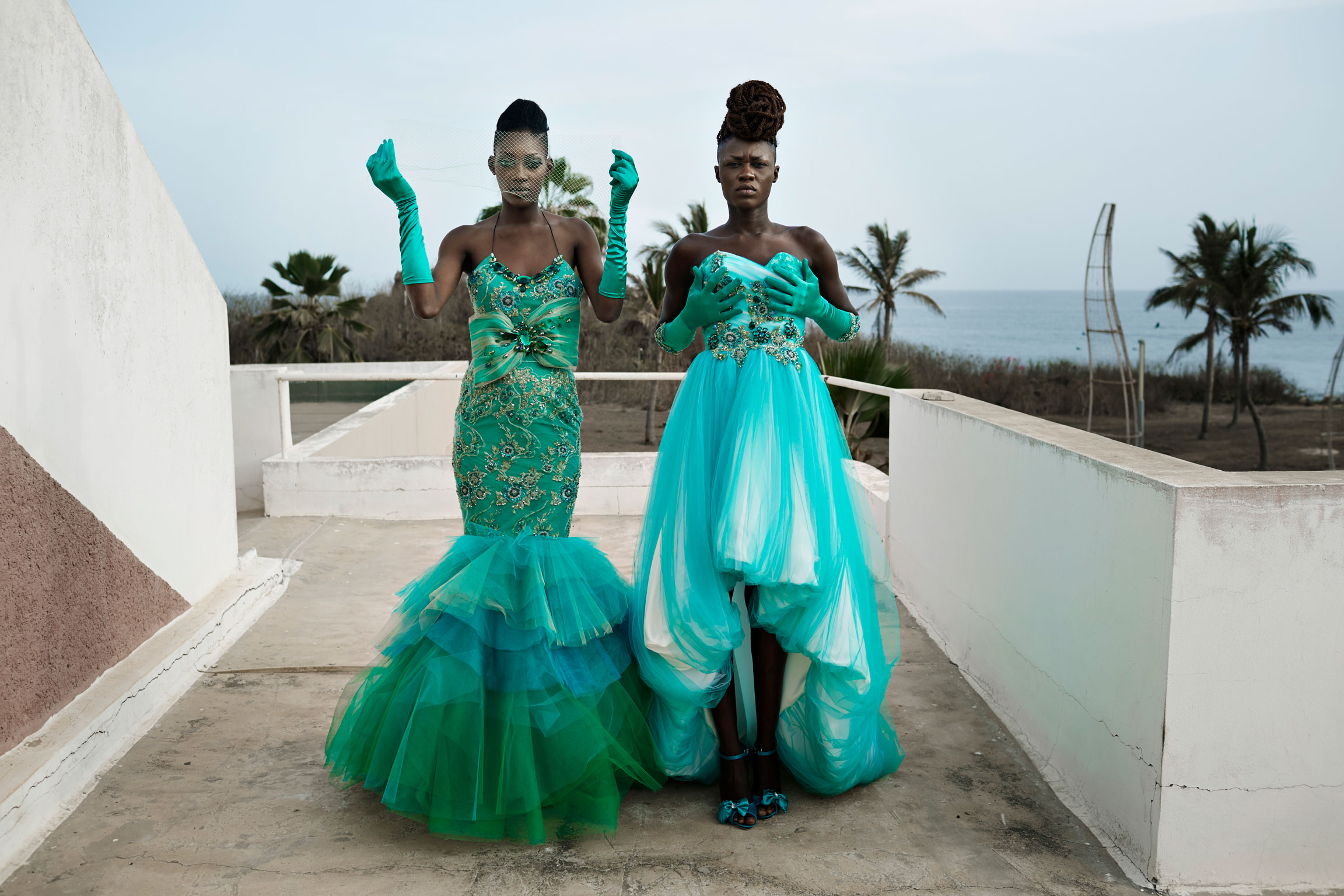 Those relationships allowed me to learn more, to develop something meaningful – and it was the only way I could cope with covering such challenging issues.

Maybe it’s because I’m getting older, but I want to focus on more positive stories in Africa. I have been amazed, overwhelmed and uplifted by the creativity of the African fashion scene.

It’s a wakeup call to outsiders, a sign that a new, successful Africa is rising. The economy is stronger, driven by new companies and industries.

The growing middle-class have money to spend on what have traditionally been Western luxuries, like fashion.

I was working on a project exploring South Africa’s new middle-class when I experienced my first fashion week in Johannesburg back in 2009. 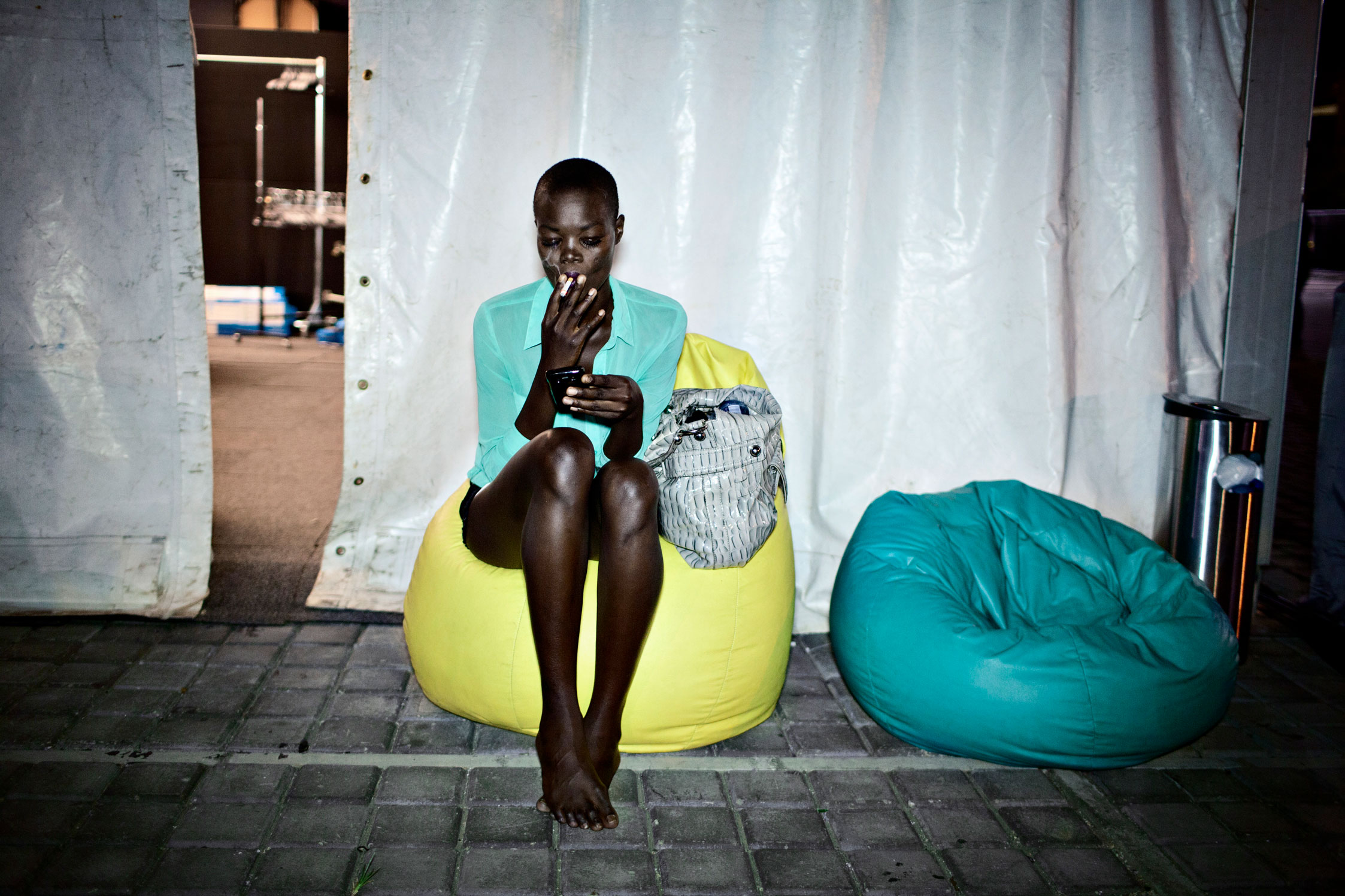 I became fascinated by this colourful and progressive new world. The experience set me on a path which would, over the next five years, take in 16 African countries, nearly 500 shows and the work of countless designers.

My book African Catwalk documents the creative revolution spreading across the continent.

It shows how Africa is using fashion as a tool to overturn foreign stereotypes and rewrite a more positive narrative for itself in the eyes of the world.

The brilliance of the fashion speaks for itself, but I was struck by the inventiveness of the shows. 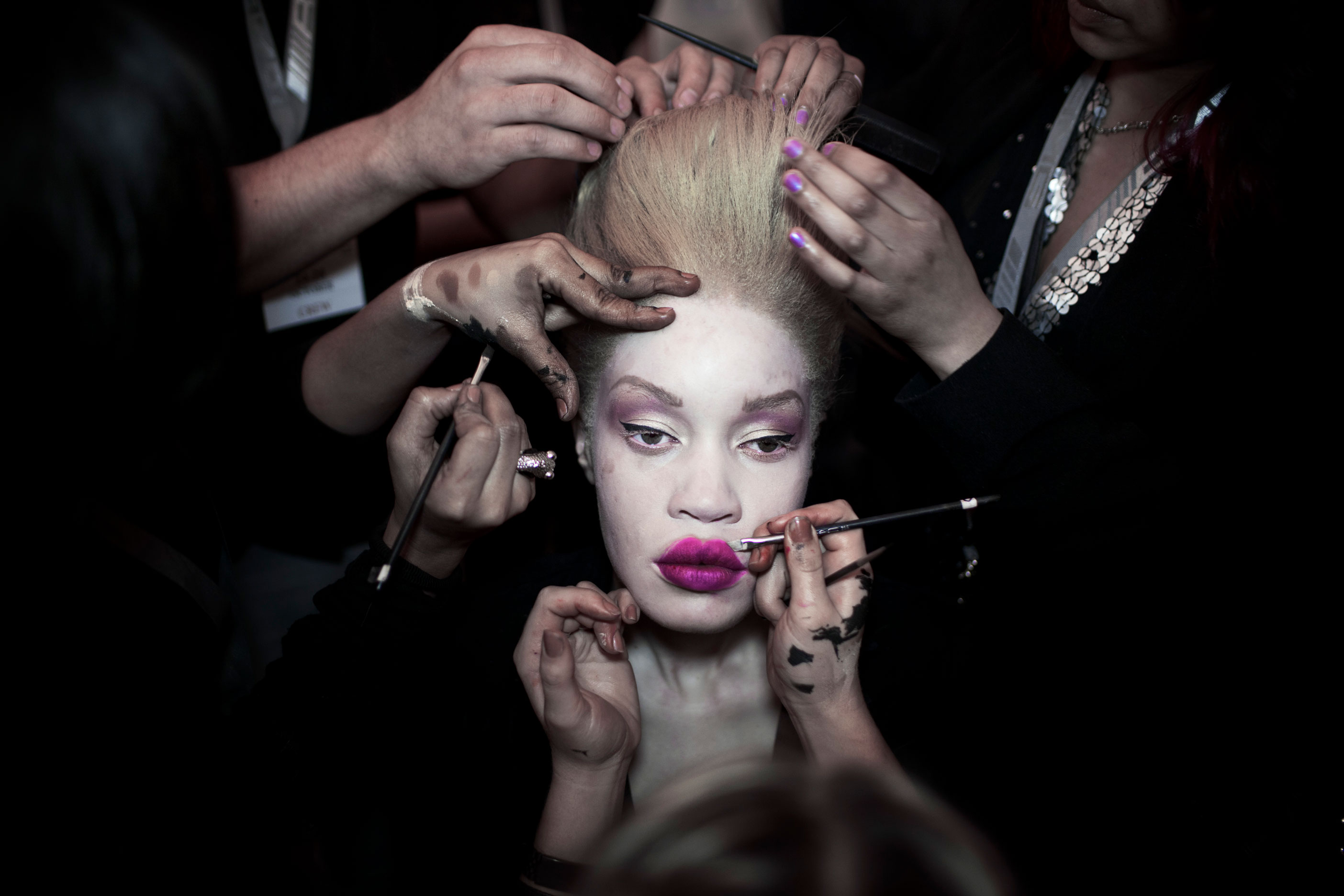 But sometimes the settings are chosen to make a political statement, like staging a show in an old courthouse or on Johannesburg’s Nelson Mandela Bridge.

A tropical rainstorm had just subsided as an airplane came to a halt before us; a door cracked open and fashion models began descending its steps like a catwalk to kick off the show.

As the event unfolded, right there on the airport’s tarmac, a jet bound for Europe took off in the background.

It was one of the many moments during this project where I was overwhelmed by the ambition and the creativity of Africa’s emerging fashion industry. 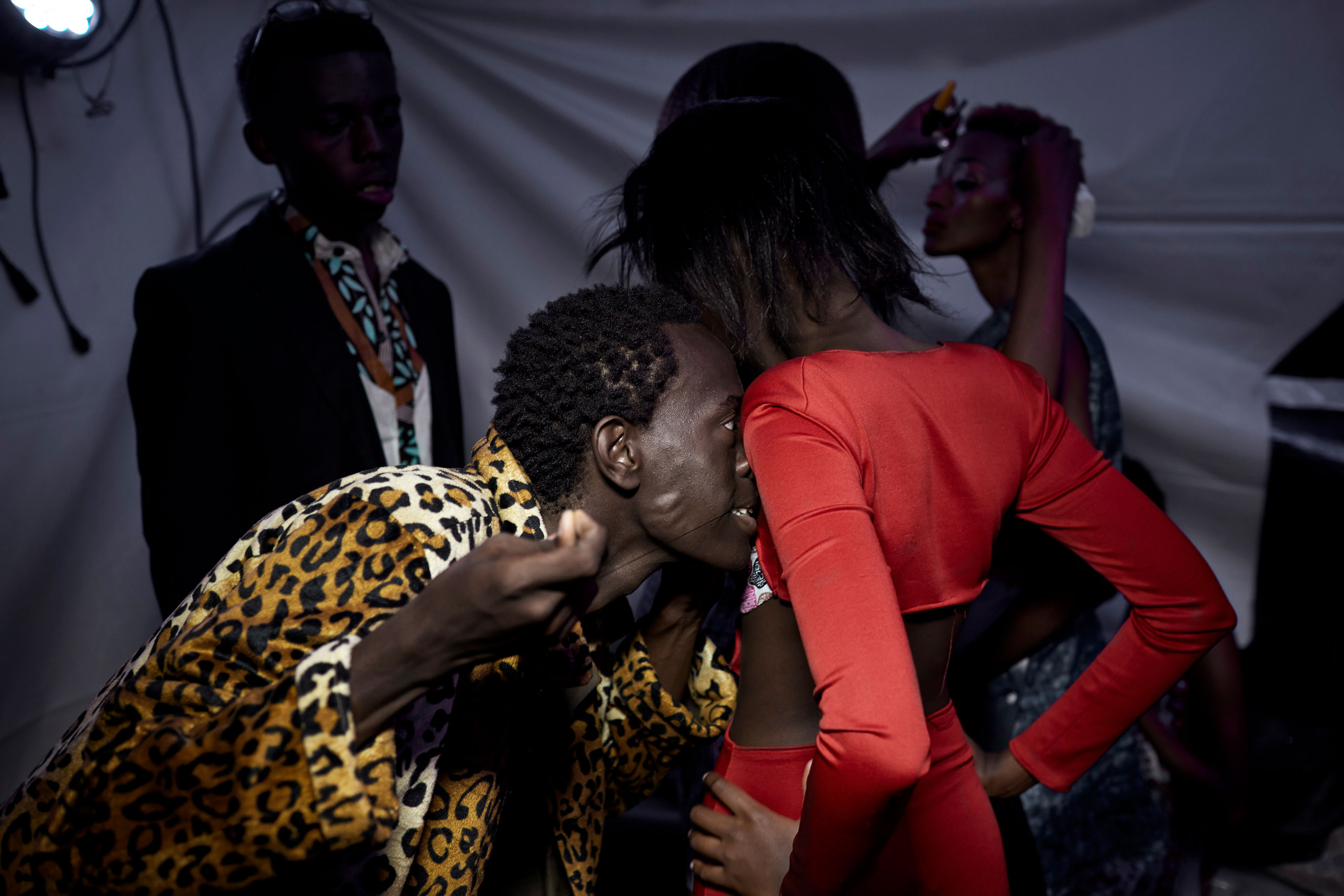 Its phenomenal growth is a sign that Africa is becoming culturally self-assured. But I wish more designers here would tell their own stories because there are so many.

I think you have to be inspired by your heritage and your own experience, your own upbringing, filtering it through an individual and contemporary interpretation.

I thought about finishing the project two or three years ago, after just seven or eight countries.

I’m really glad I pursued it because as I got more and more invites, the project accelerated and I was able to show the continent in much more depth.

I kept going because I really believed that in these images I could reveal the renaissance of the bright, new Africa.

Linkedin
RELATED ARTICLES
OTHER ARTICLES
In his 2008 series, the photographer pictured himself as Angela Davis, Martin Luther King Jr., Malcolm X, and other prominent figures.
By turning a real-life crisis into daytime television fodder, TV bosses have once again shown themselves to be completely out of touch with audiences.
As the Scottish government announces a rent freeze, an activist with Living Rent who fought and won shares how they did it, and what must come next.
Birdy Chu reflects on documenting the historic moment in which the territory was formally passed back from the UK to China.
The idea that a younger generation is abandoning work has become a popular narrative online, but it doesn’t necessarily reflect reality.
The workforce is now gearing up for industrial action after receiving a measly pay rise, reports Ella Glover.