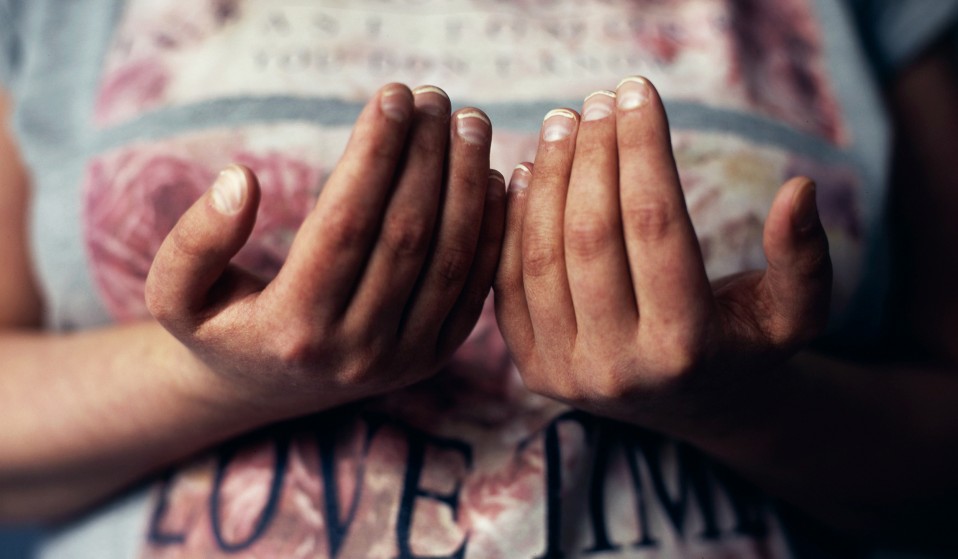 Lewis Khan spent 18 months embedded in a London hospital, observing the fragile ecosystem that is the NHS.

Lewis Khan spent 18 months embedded in a London hospital, observing the fragile ecosystem that is the NHS. On the day of a General Election, his message is clear: humanity cannot be privatised. If you want healthcare, vote to save it.

When Londoner Lewis Khan first started a residency at Chelsea and Westminster hospital he had a political agenda. It was Spring 2015, another election season, and the heated topic of healthcare was all over the news.

“I wanted to do something that was celebrating the NHS, going against privatisation,” he says. 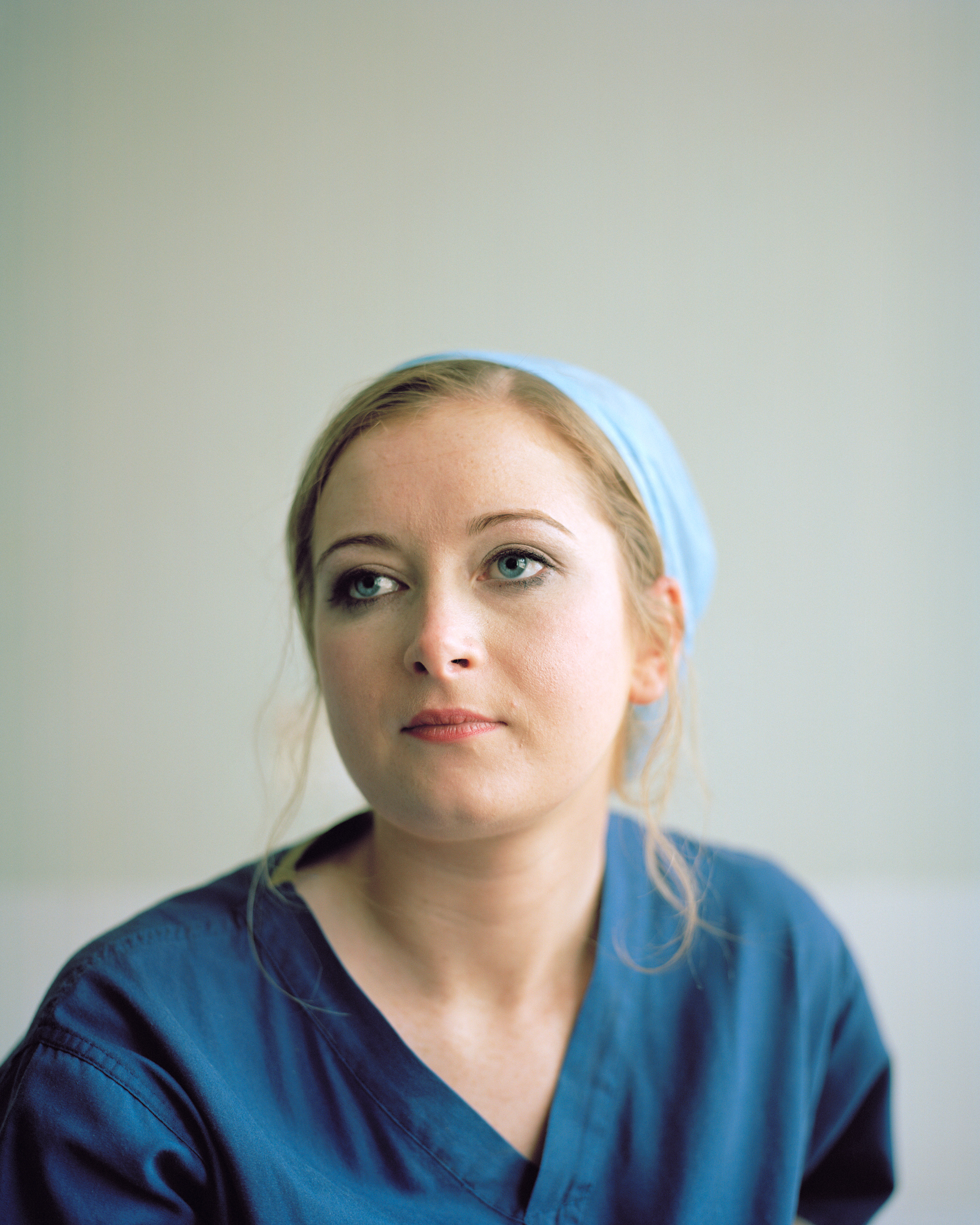 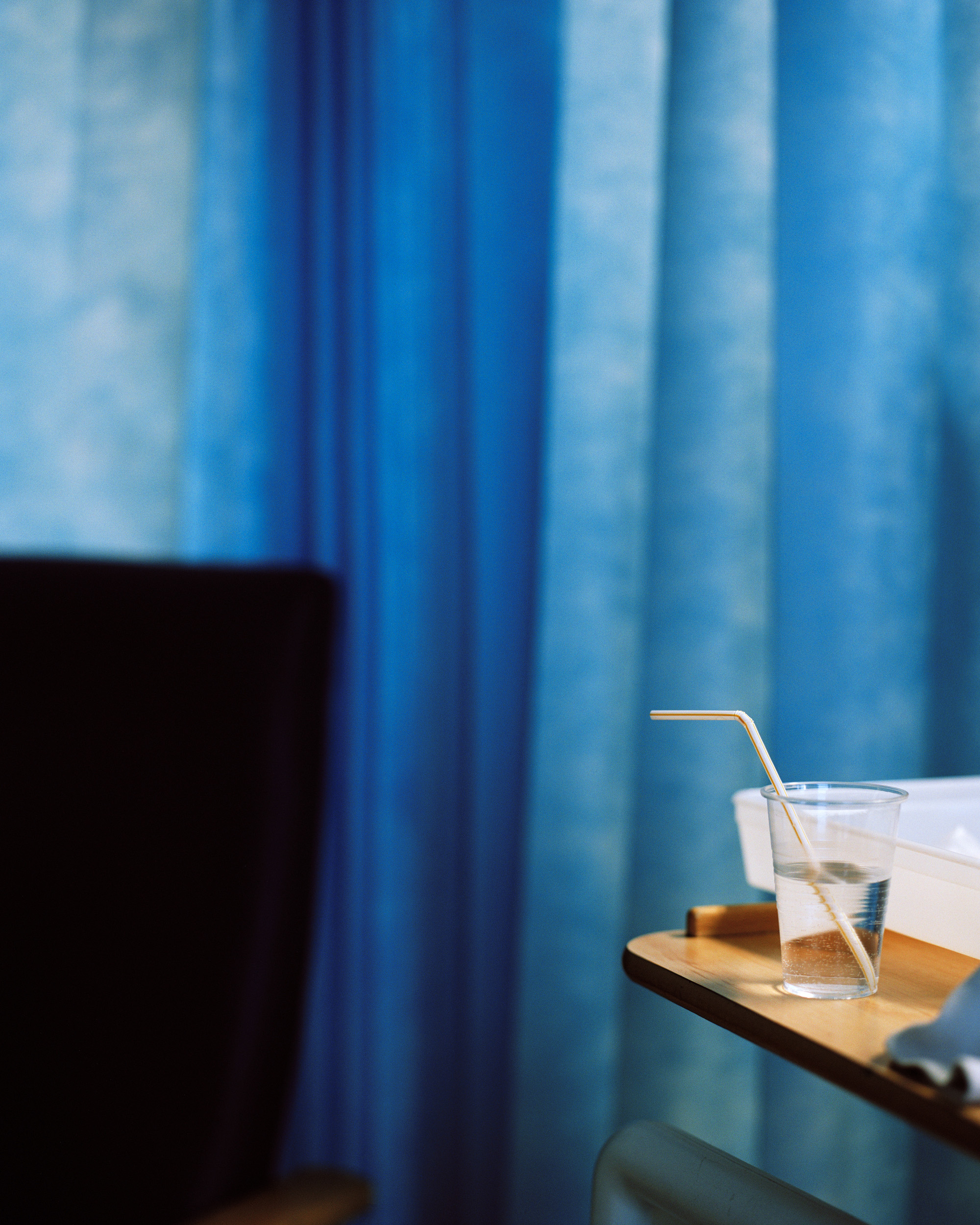 While the media debated the proposition of Conservative cuts and plans to sell off the UK’s publicly funded healthcare system, Lewis spent eighteen months shadowing doctors, observing operations, bonding with patients and sensitively documenting the ecosystem that exists inside hospital walls. The final project, Love Time, was not what he had first expected and his interests gradually switched from political to people-focused. He found himself drawn to “themes of strength and fragility” as they “crossed fluidly between the doctors and patient.”

The shift happened partly because of Lewis’ personal approach to making portraits: “I would meet people first without a camera, and spend time getting to know them and hanging out.”

His first post during his residency was on the cancer ward. “A lot of people there are regular patients,” says Lewis. “I spent a long time shadowing a doctor getting to know his patients and building up relationships with them. Some people would want to talk, while others would rather I took their photo and left.” 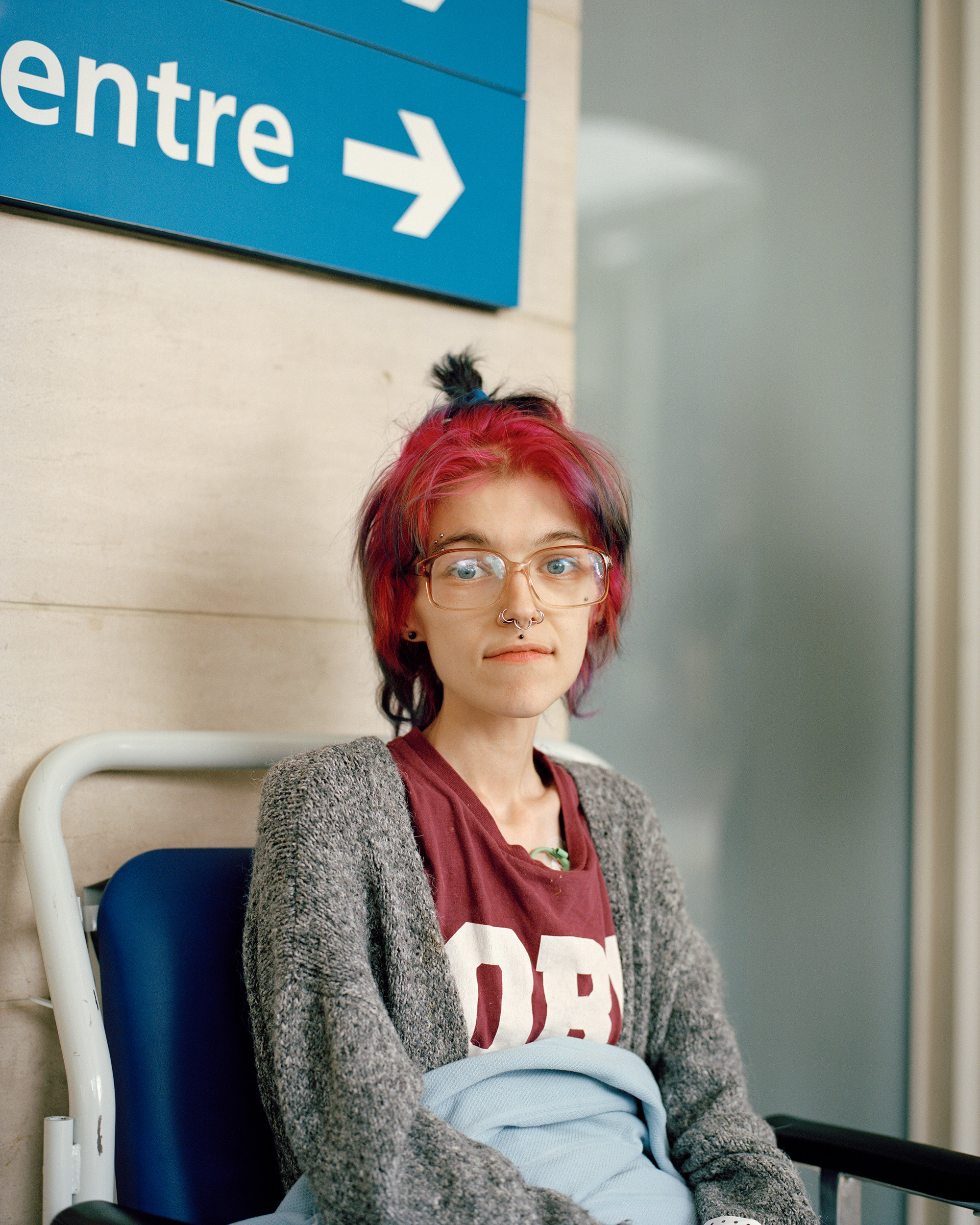 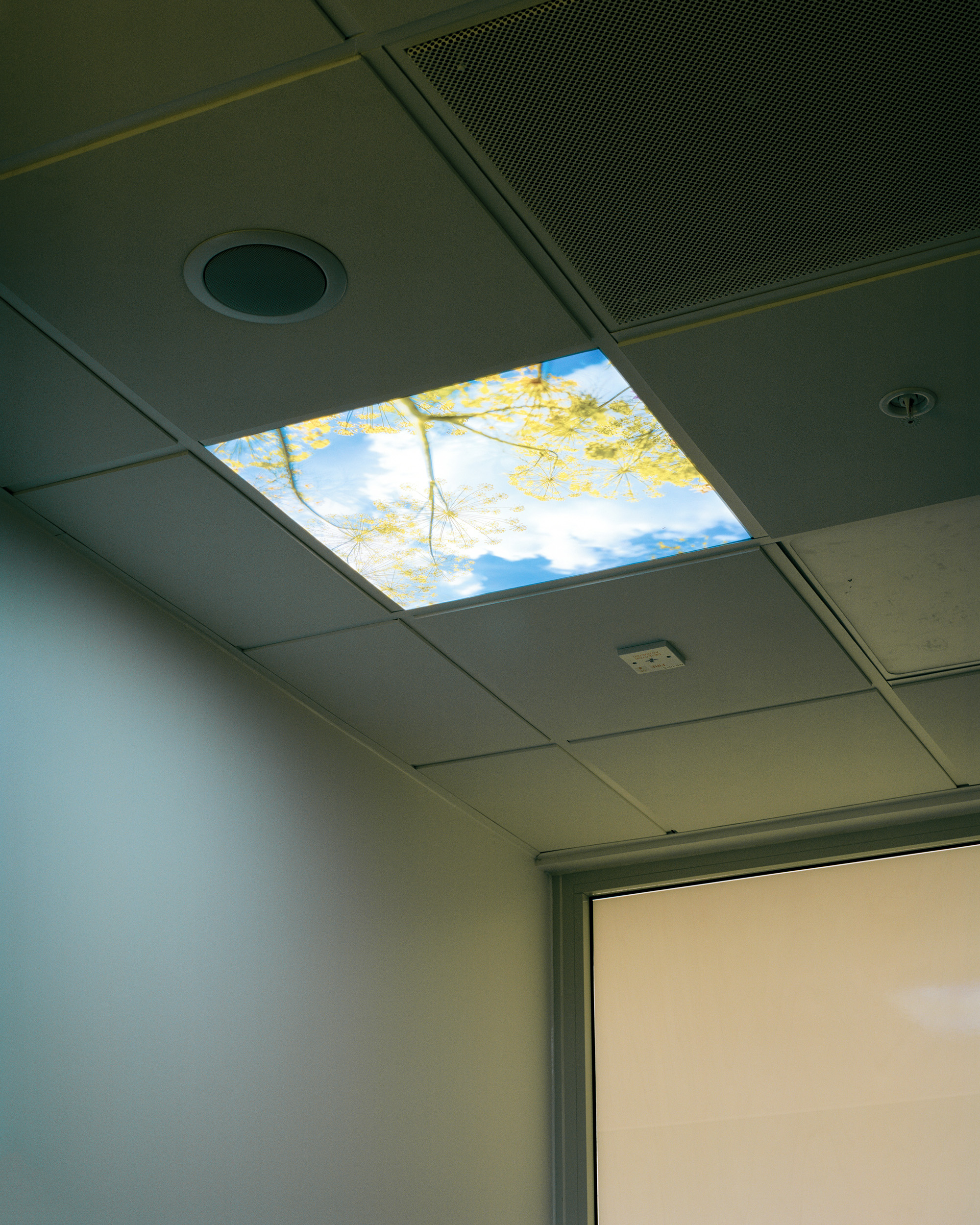 It was through these emotional connections that he began to see a new side to the relationship between doctor and patient. “The first guy that I got to know in the hospital, and became the closest with, was a patient. One day I went in to see him and he had died. I remember going to sit with the doctor and expecting him to have a way to deal it, to help me cope, but he didn’t. He was as upset about it as I was and we sat in his office together in silence just being sad.”

The humanity that he saw in the hospital became the foundation for his project. “I wanted to make work that stripped back the traditional roles of patient’s being weak and doctors being strong,” he says. “By removing my preconceptions I was able to observe things that I found more interesting. If a doctor becomes ill they could become a patient tomorrow. I saw patients give doctors mental strength.” 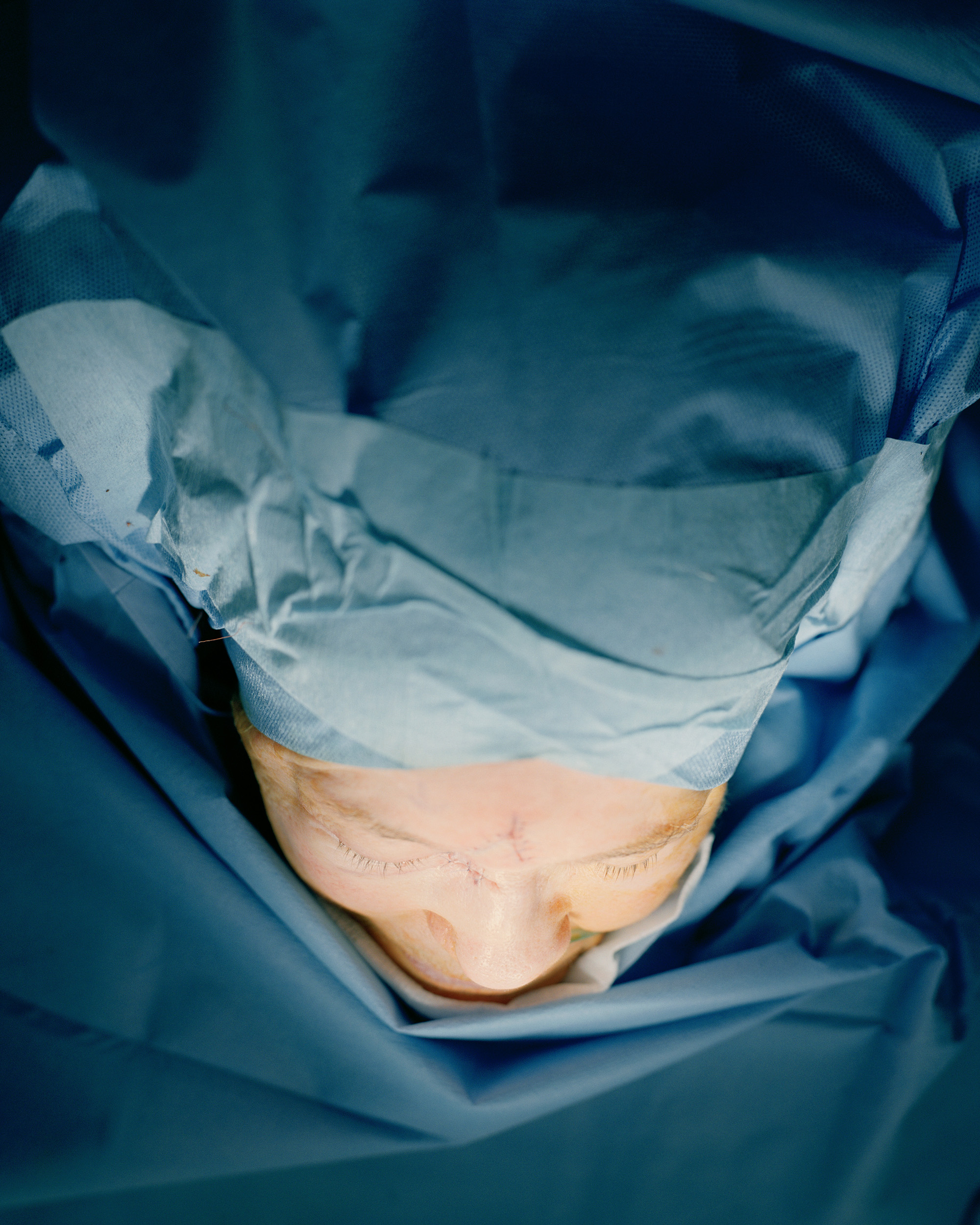 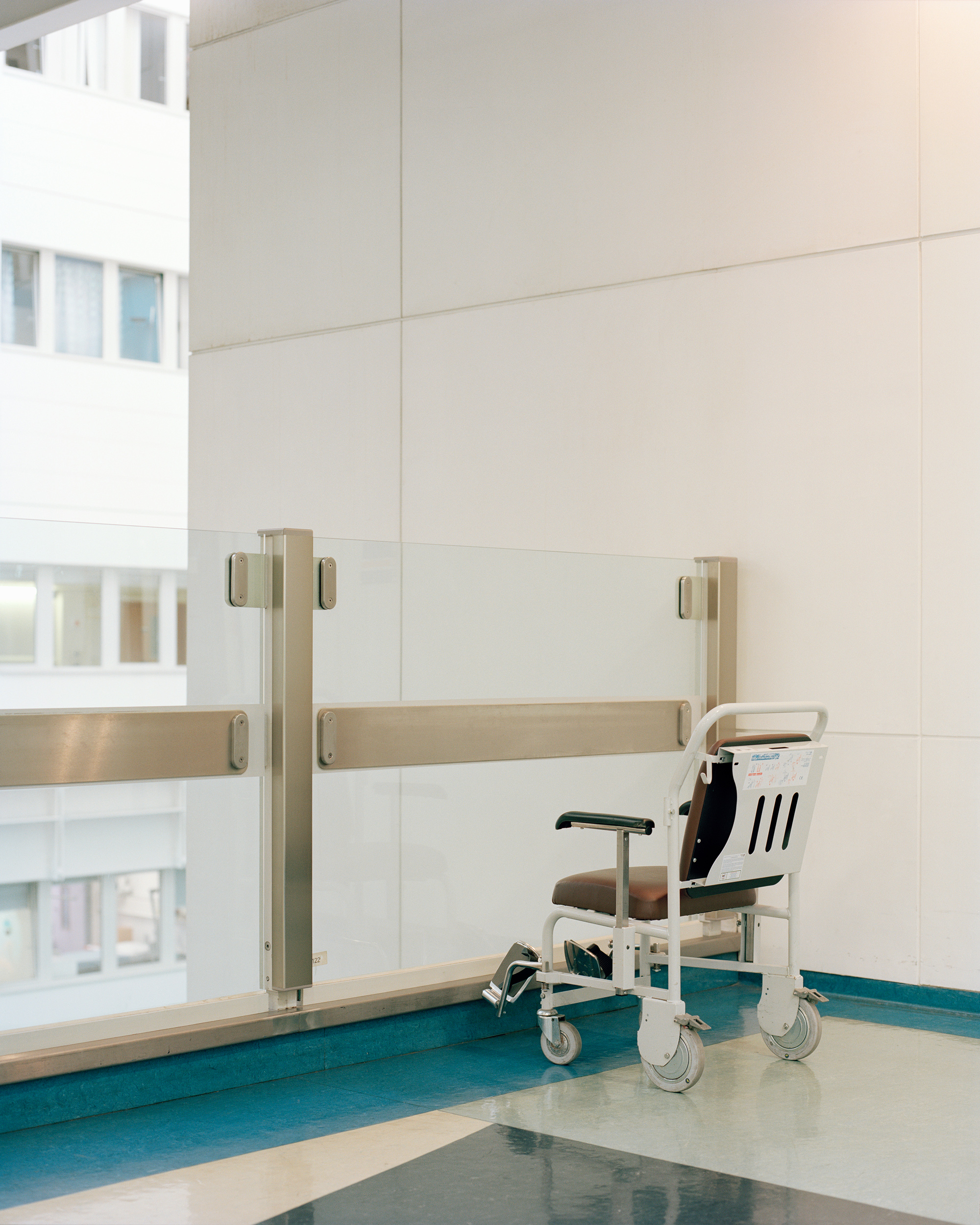 Lewis spent weeks in operating theatres at first shooting everything, unsure of what he was looking for. “It was so interesting that I found it difficult to decipher what I was trying to say. There was blood, people opened up and medieval looking tools. It was gruesome so I wanted to photograph it. As I spent more time in the theatres I started looking back on the photographs I had taken.”

He became aware that the spaces represented a metaphor for the human body. In one image, the legs of an operating table or chair have repeatedly impressed elliptical indentations into the linoleum floor, leaving a lasting scar of the people who have been operated on. “The spaces and the tools get damaged or worn, because they are subjected to repeated stress, like we are.” 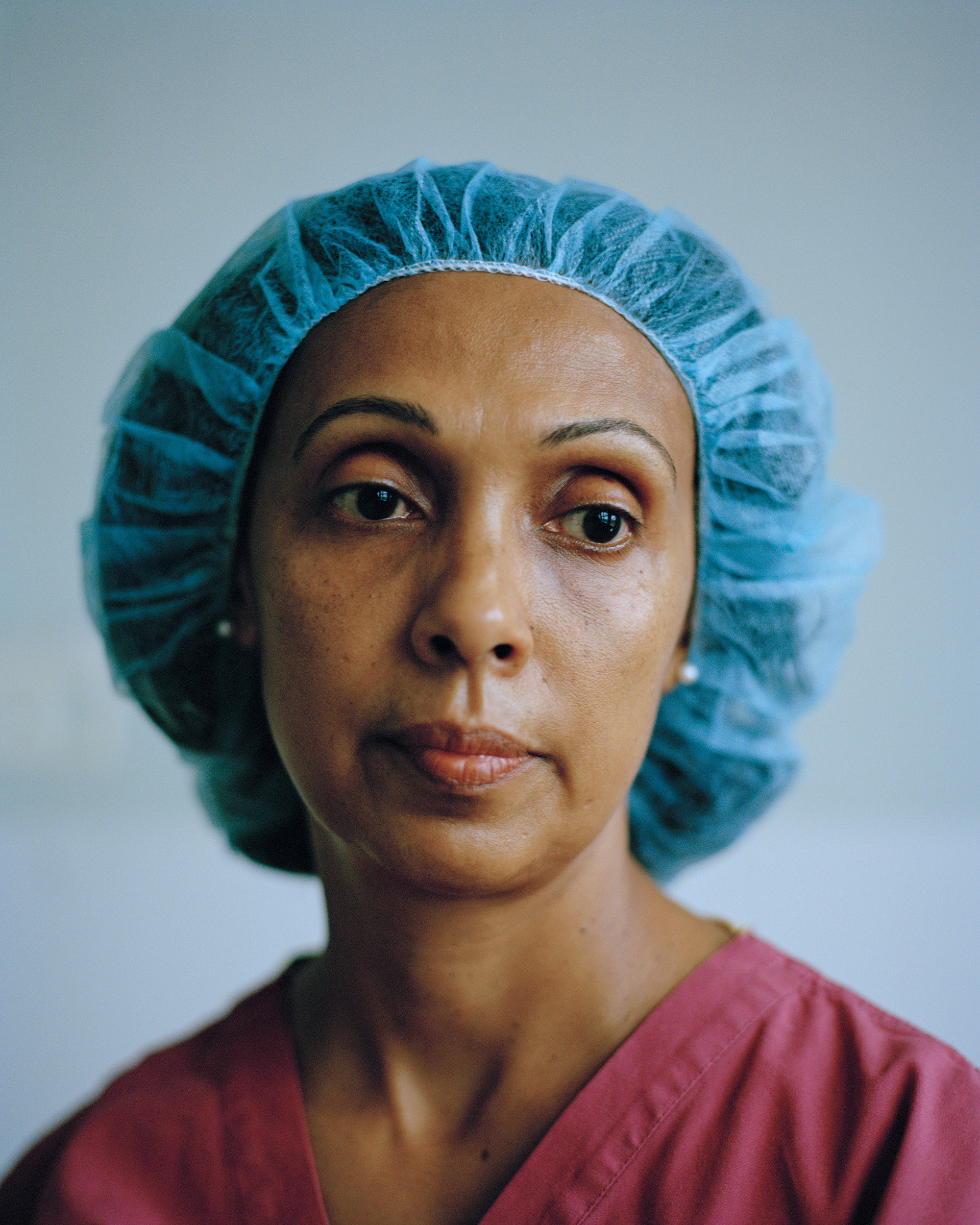 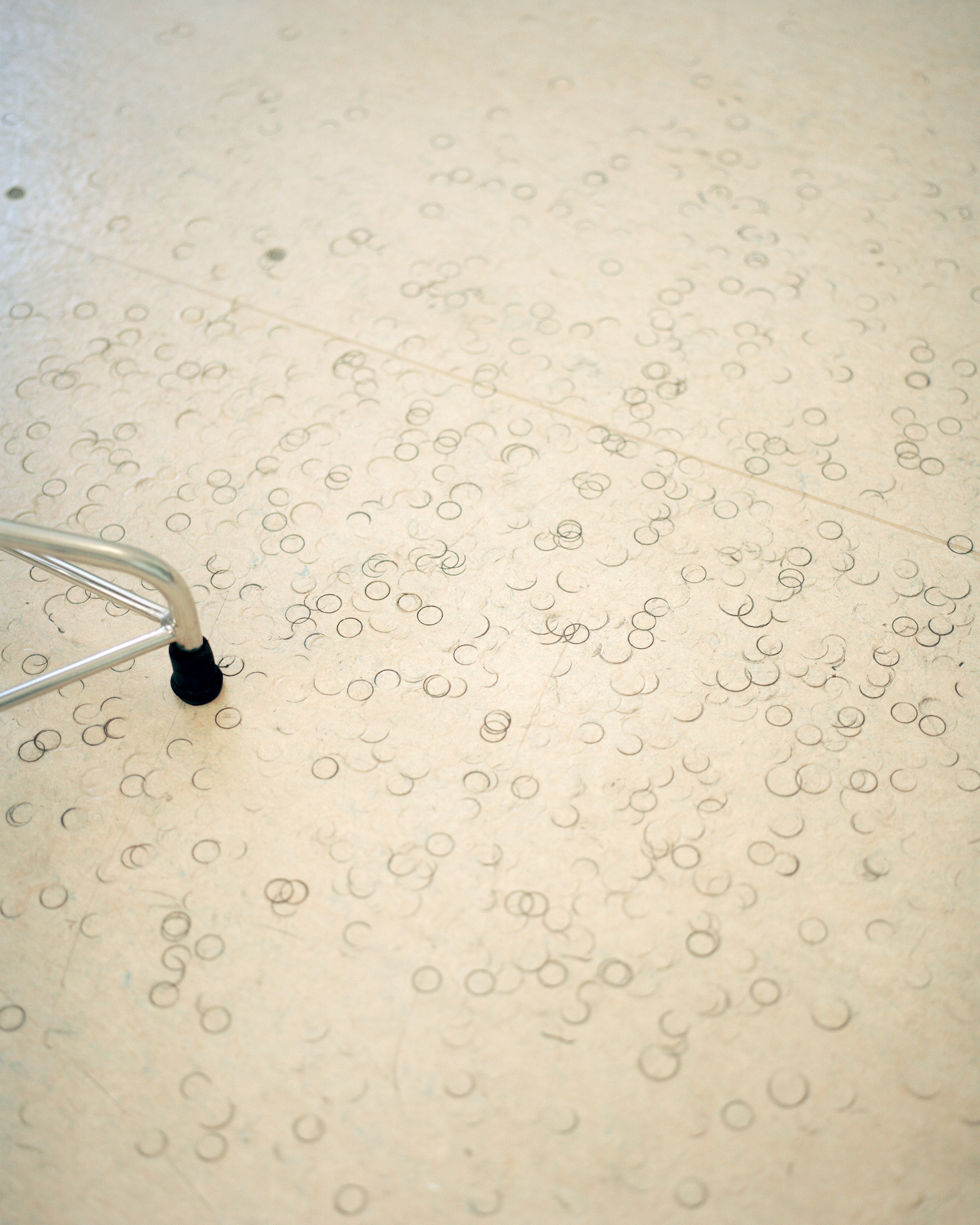 These negative spaces sit alongside quiet and intimate portraits, including one of a nurse that resembles a Vermeer painting. “That was taken in the operating theatre,” explains Lewis. “I had been on a night shift, it was 8AM and they were getting ready to go home. I photographed her against the wall in the theatre. It’s lit by the morning light coming through a window.”

Lewis commandeered an unused theatre one Saturday to photograph members of staff. In the tangling of human and hospital, he found a way to show that the NHS is more than the sum of its parts. 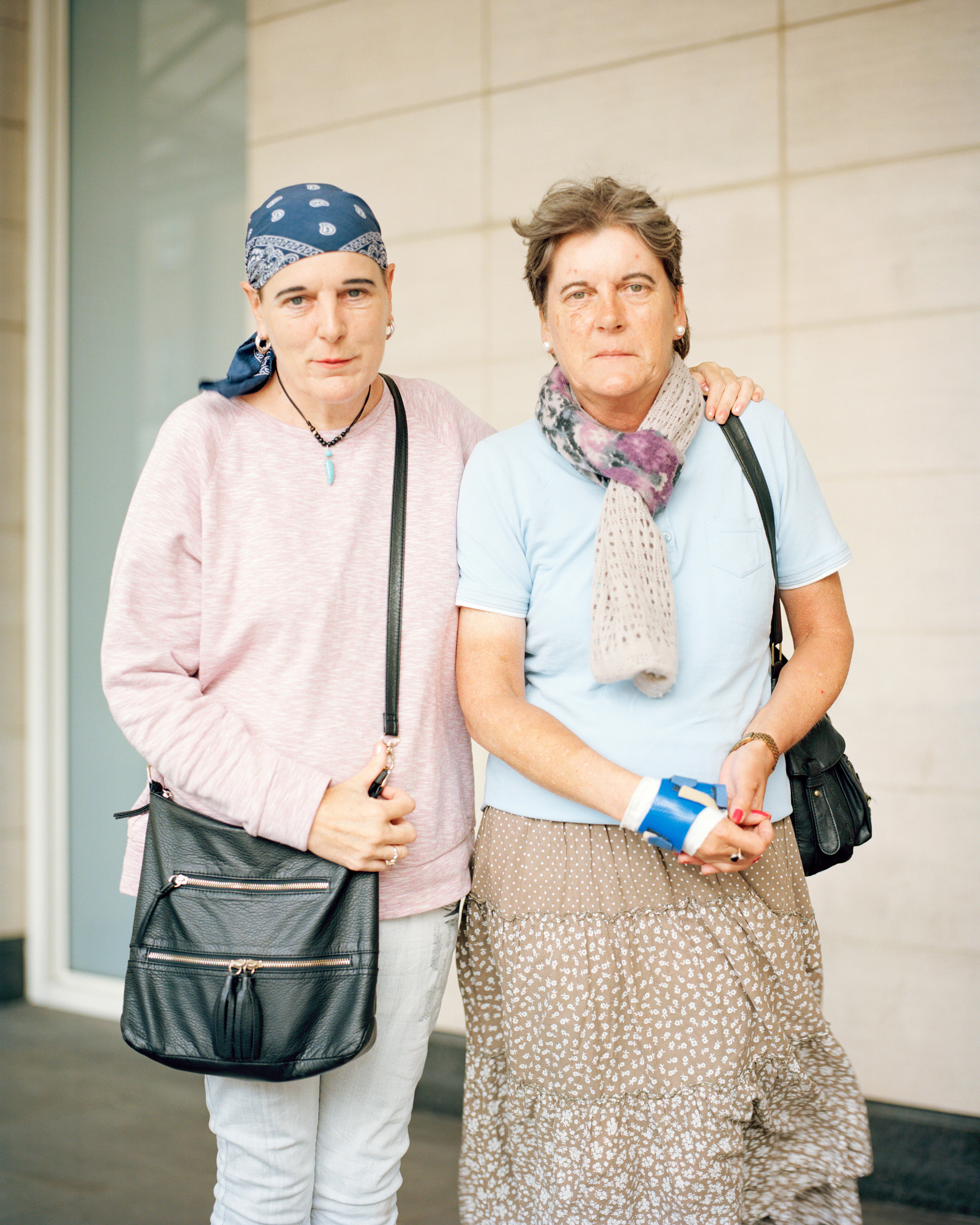 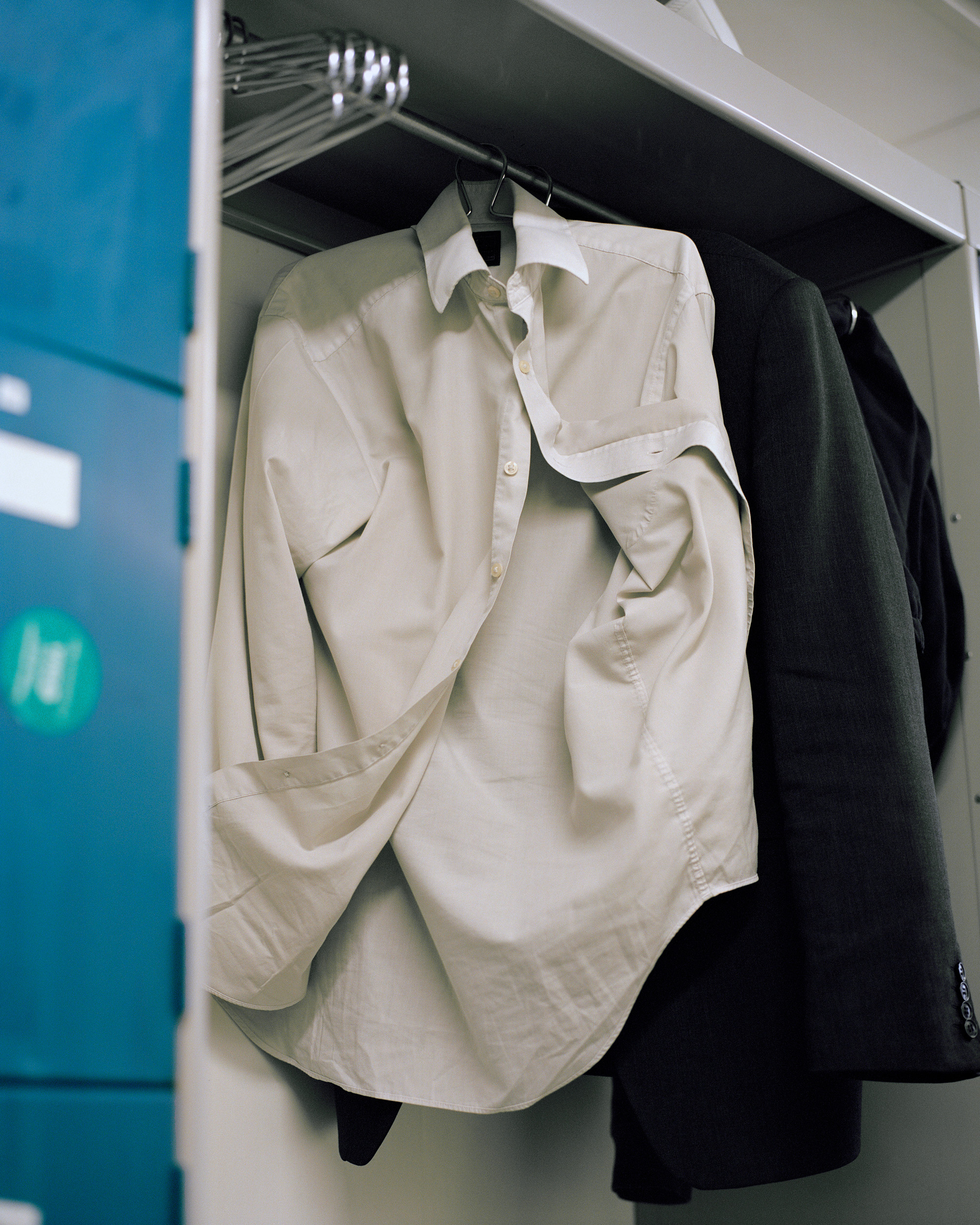 Speaking on the eve of the 2017 General Election – a day that could determine the fate of the NHS once and for all – Lewis feels the message is clear… and sadly, more urgent than ever.

“As a nurse or doctor you need to have all this amazing technical and medical knowledge. That’s obvious,” he says. “What I hadn’t realised was the emotional support that all the medical staff provide. Everyone from nurses on a ward to the top cancer doctors provide this. That’s a lot to take home with you. That’s why I think the NHS should be an autonomous organisation not influenced by private companies. People that are part of it should govern it. Not companies interested in profit margins. It absolutely should not be privatised in any way.”

Linkedin
RELATED ARTICLES
OTHER ARTICLES
After news broke last week around an expected reversal of the 1973 landmark law that made abortion legal in the US, protestors gathered in the UK in support of American women.
Our new magazine is here, starring the inimitable Mitski. Order your copy now and join us on a trip around the world.
Shifting the focus from the cost of living crisis to tackling obesity while many starve or freeze is farcical and pointless, writes Fatzine founder Gina Tonic.
The author discusses her blistering new novel about history, revolution and queer love.
While protests over abortion rights rage in the US, access to abortion services is still almost nonexistent in parts of the UK.
In the latest OFFF Dispatch, the enigmatic designer dives into his process, connecting the dots between his unique and varied creative output.