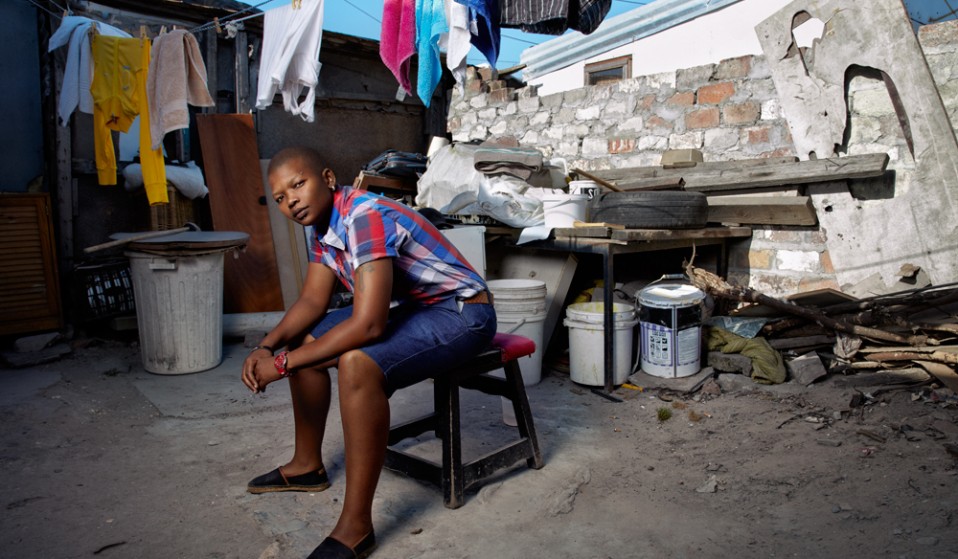 Proud Women of Africa is a photo project by Julia Gunther that tells stories about the daily lives of remarkable women living or working in Africa.

There’s an old Ghanian proverb: “if you educate a man you educate an individual, but if you educate a woman you educate a nation”. It’s a philosophy attributed to the renowned Ghanaian scholar Dr. James Emmanuel Kwegyir-Aggrey, who employed it to encourage parents to send their young daughters into education at a time when this was far from the norm.

Decades may have passed, but the struggle facing women across the globe for the most basic of rights, that of equality, is still far from over. Julia Gunther’s latest project, Proud Women of Africa, is a collection of short visual stories about the daily lives of remarkable women living or working across African countries, still pushing and still fighting.

“All of the women in my pictures have suffered in some way: they’ve been ostracised by society, are desperately poor, or have experienced terrible injustice”, explains Julia. “But these women are so much more than their pasts.” 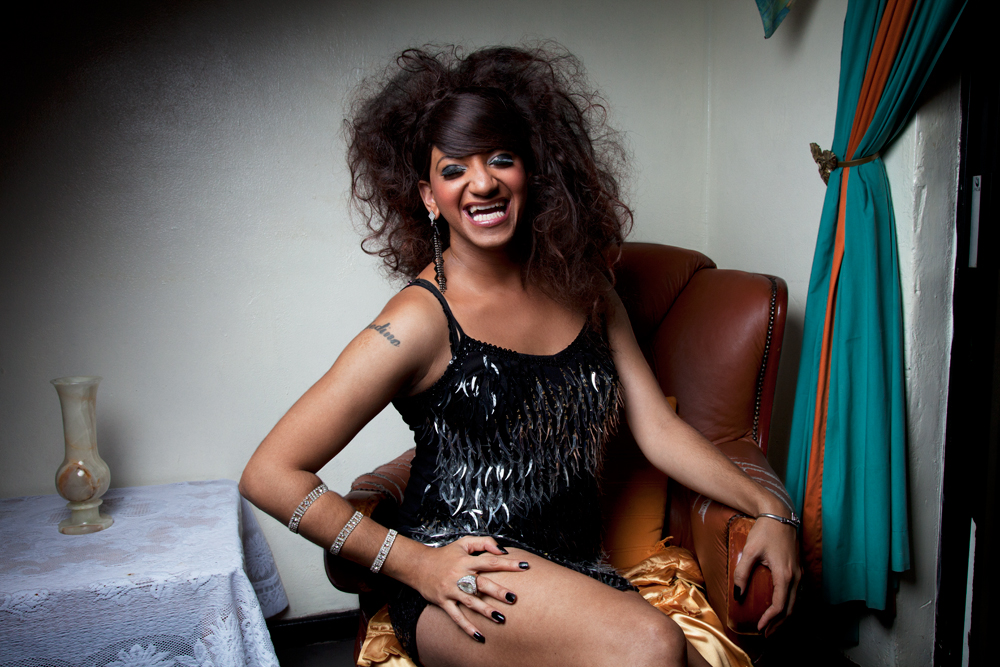 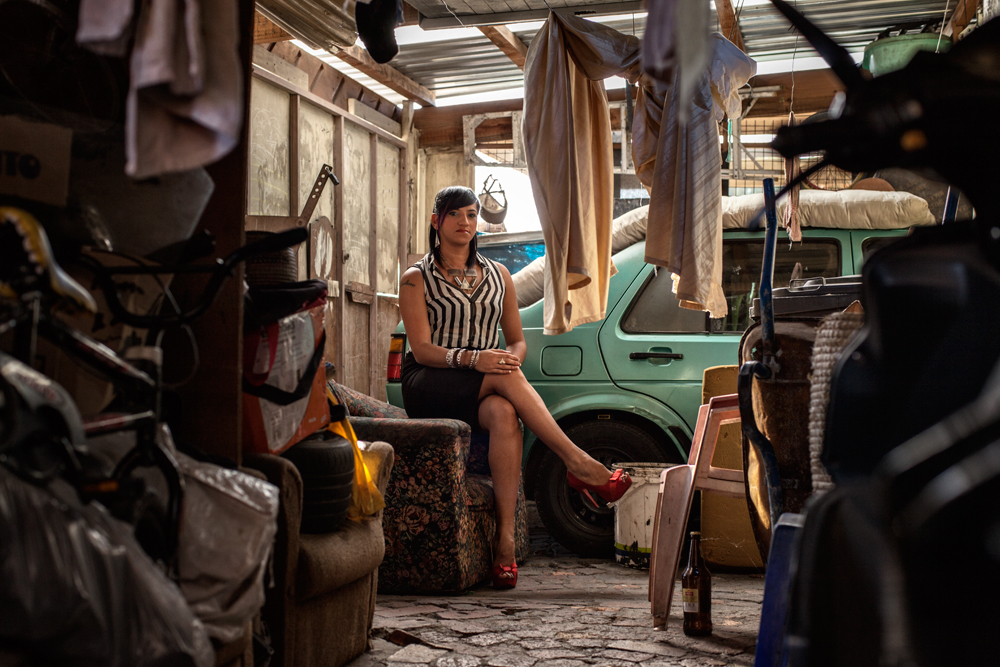 They have taken their suffering and turned it into something positive. They have become activists, community workers, revolutionaries. They do not see themselves as victims, and refuse to be identified as such. These Proud Women of Africa want to be portrayed as they see themselves: proud of who they are, of their lives and the love they represent.

How did the idea for this project come about?
Proud Women of Africa began with my friend Philipa being diagnosed with cancer. I was working at a production company in Cape Town in 2008 and met Philipa on my first job and we immediately became friends. Shortly after that she was diagnosed with breast cancer and we decided to document her illness, with the idea of showing the world what she had gone through. Sadly though, Philipa died in February 2012 after the cancer spread to her brain. 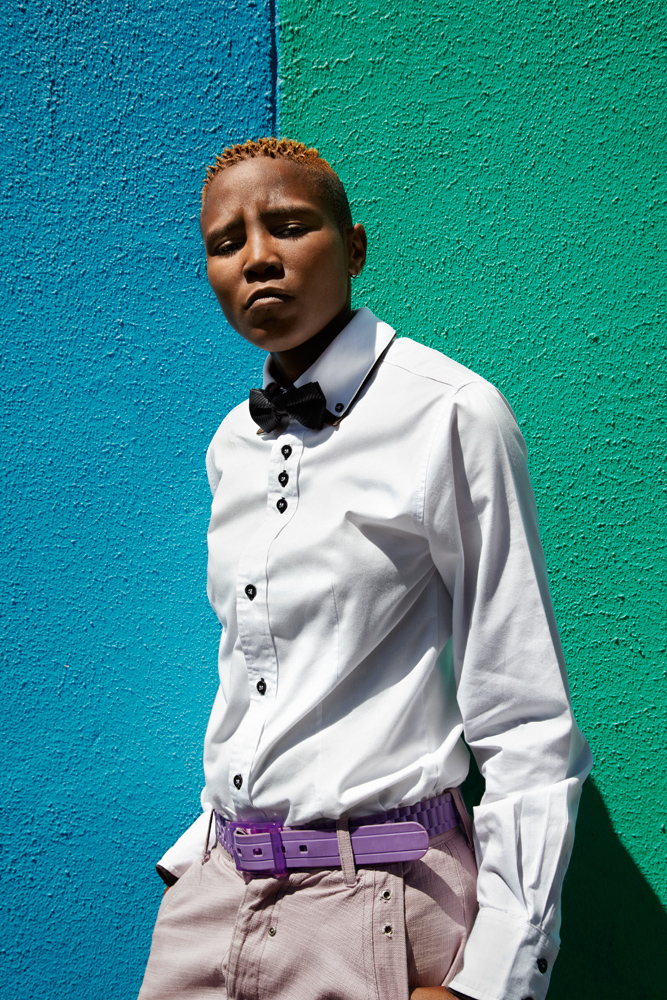 Philipa was proud of who she was and never let her illness define her. I saw a kind of theme in her pride, something that I began seeing all around me. Other examples of women who had suffered in some way, yet who remained proud of who they were. So I decided to try and capture more examples of this.

During my frequent trips to Cape Town to be at Philipa’s side and to document her fight against cancer, I also started documenting another friend of mine called Ruthy. ‘Ruthy Goes to Church’ was born and therefore the second part of my Proud Women of Africa stories. The third part ‘Rainbow Girls’ followed then ‘Maternity Ward’, ‘Chedino & Family’ and most recently the 6th part called ‘The Black Mambas’. 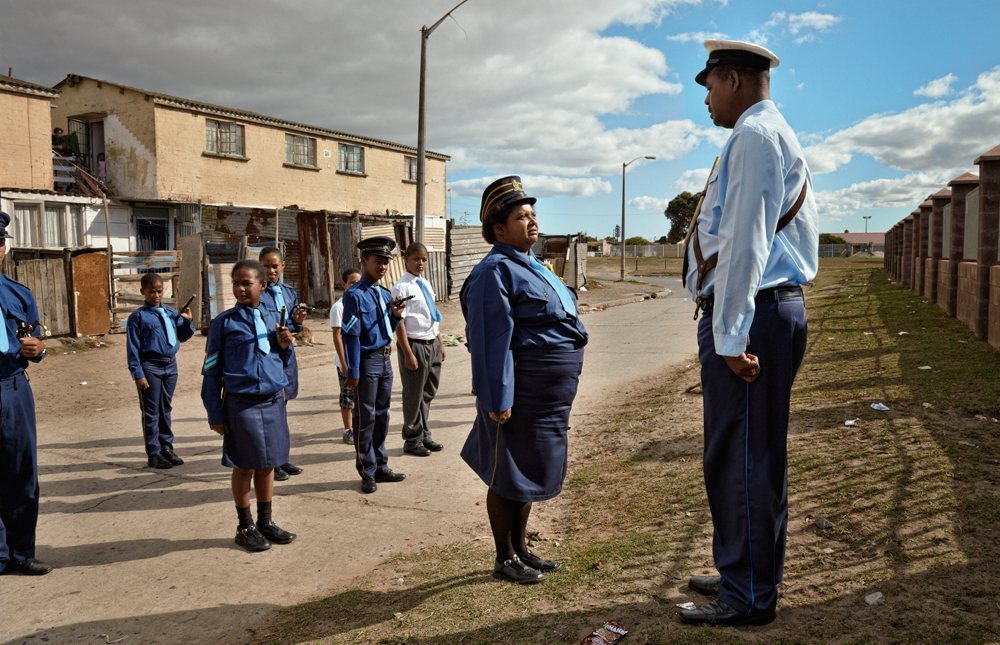 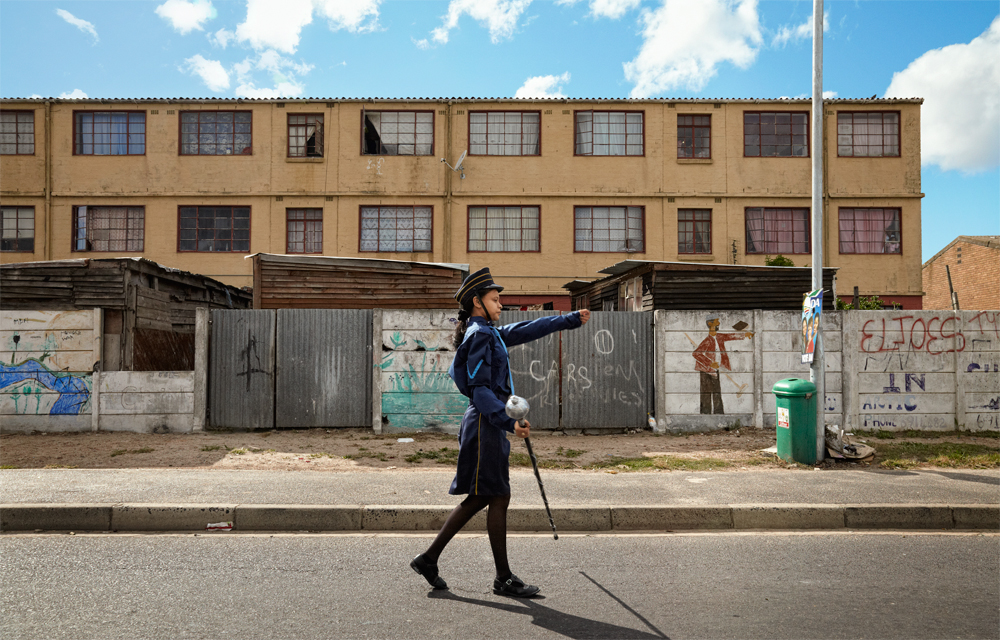 Where did you find yourself shooting? and for how long?
I documented Philipa exclusively in Cape Town, South Africa, on and off for a period of 4 years. I found myself shooting in many hospitals, OR’s and waiting rooms. I began photographing Ruthy Goes to Church in Manenberg, a township outside of Cape Town, in 2011. Rainbow Girls was photographed in Khayelitsha, Gugulethu and Cape Town, in December 2012. Maternity Ward was shot in a hospital in Kigali, Rwanda, January 2013. Chedino & Family was photographed in Heideveld, Elsies Rivier and Athlone, Cape Town, March 2014. The Black Mambas were photographed at the Balule Nature Reserve, near Kruger Park in South Africa, in July 2015.

Why did you decide to shoot in Africa, there must be similar situations in Europe?
I think I was just meant to be there. Events around me ensured that I met Philipa, then Ruthy and the rest sort of just happened. You meet people, then you meet more people and you start building a little network. Then before you know it, you get asked the question: “What drew you to focus such a large part of your work on South Africa and in specific on Cape Town and surroundings?” 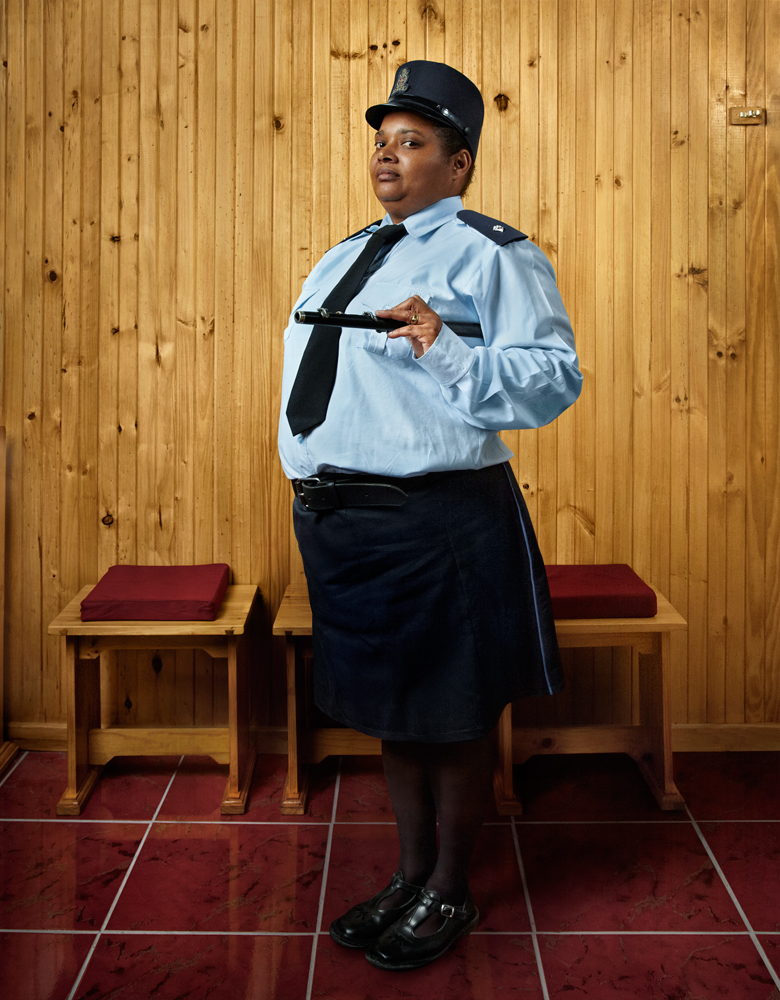 But had fate led me to a Brazilian Favela, or a slum in Indonesia, I would have found the same proud and strong people there, too. As long as that place has the same clash of hope and despair, the same close knit communities and the same proud characters. Even with Maternity Ward, a documentary I shot at a hospital in Kigali, Rwanda, and which had nothing to do with my previous work in Africa or the people I knew, I still ended up there because of fate.

The issues I cover in Africa are very different from those in Europe, far less urgent. Compared to Africa, Europe is infinitely better off. LGBTQ rights and healthcare are more advanced there. I wanted to work somewhere, where the issues I am interested in are most urgent.

What did you do to help get your subjects to open up to you?
I’m a straight forward person and very passionate about this project and I think that shines through when you meet me. It’s personal to me and therefore precious. I don’t force myself onto anyone and stay honest with my intentions of what and where i would like to publish these images.

I stay in touch with my subjects afterwards as well, to let them know what is happening with the images. I explain to everyone I photograph that I would like to try and show many people the struggles they have been through but more through their eyes then anyone else’s. That seems to resonate with people.

What do you think makes a good portrait?
I think portrait photography is the closest you can come to looking into a person’s soul. If it’s a good picture, of course. There is something about the act of placing someone in front of your camera and looking straight at them, straight into their eyes, being able to capture every part of their face, every expression and nuance, that removes any ‘armour’ and reveals their true self. So for me, the most rewarding thing is the access you get to the inner ‘sanctum’ of your subjects.

Can you give the backstory to one of your favourite images? 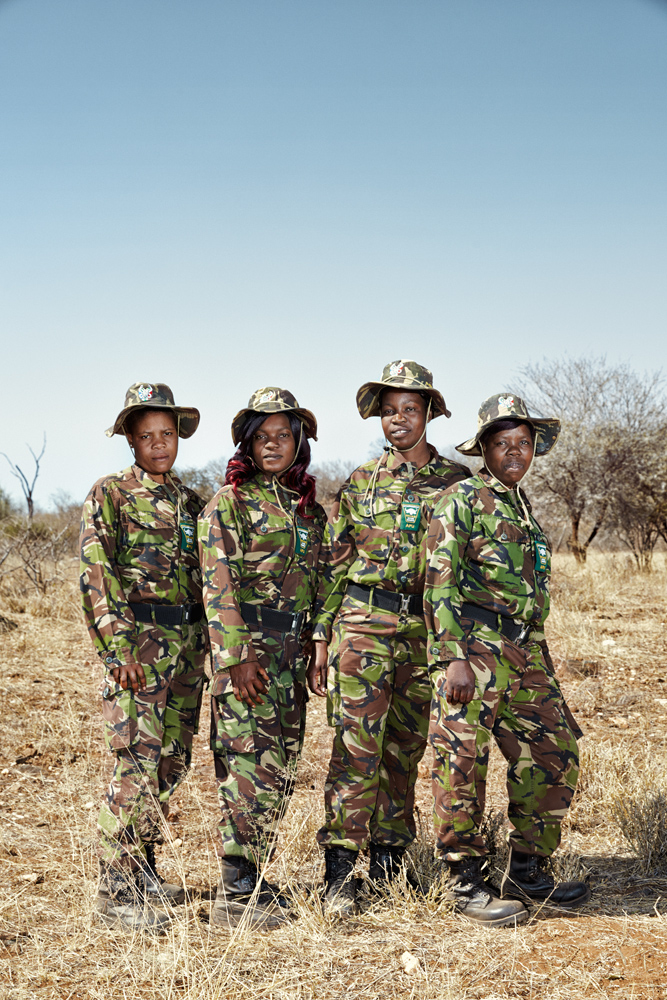 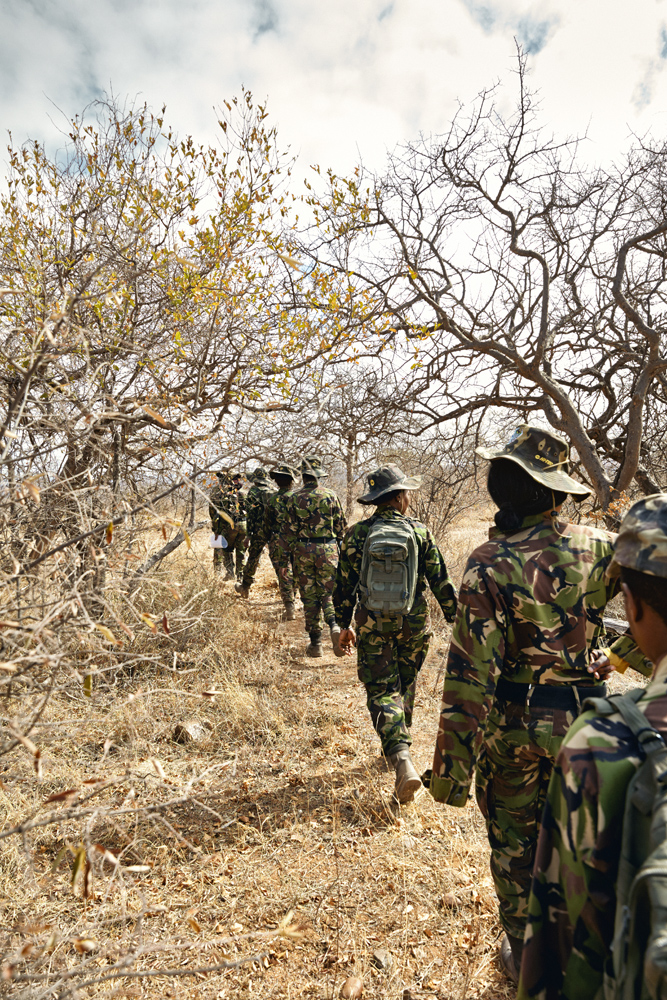 Yeah, that of Leitah from The Black Mambas. After one week documenting the Mambas on their day and night patrols I was exhausted, tired and ready to go home. We were being driven by Leitah and 2 more Mambas back to our car to pack up our stuff and leave. It was my last day with the Mambas.

While sitting in the open vehicle, wind and sand blowing around my face, holding on to my camera and backpack while driving down a bumpy road my friend Dagny asked Leitah a few last questions about her job as a Mamba. Leitah said: “I’m strong, I’m a woman and I bite like a Mamba!” I just looked at her, and then stopped the car. I knew I had to take a picture of her while that statement was still fresh in her face. 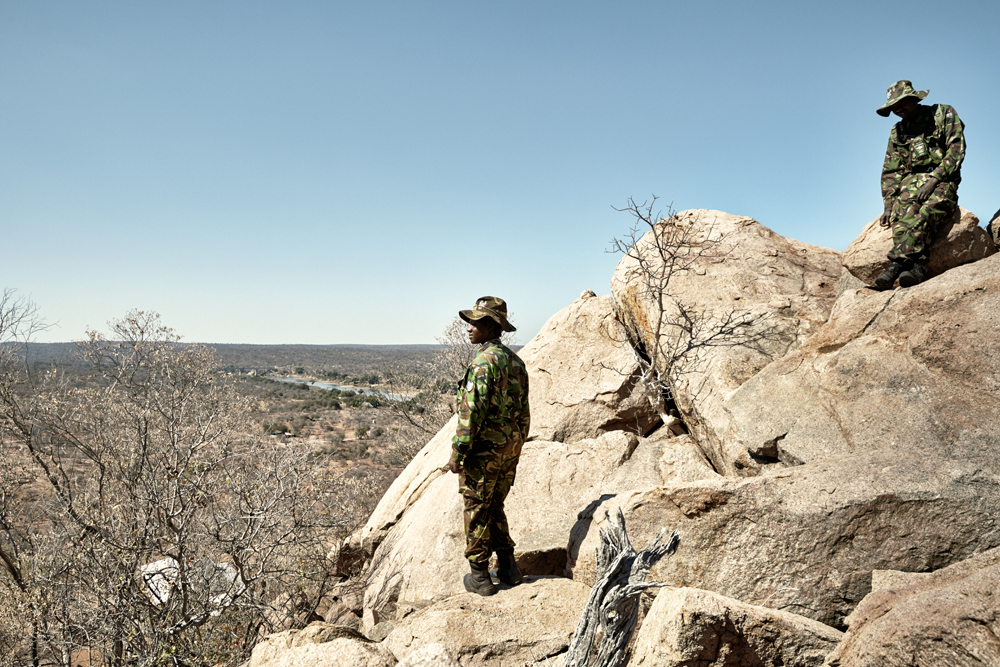 What did you hope to achieve in shooting the series?
I hope that the PWOA and their stories will help paint a different, more positive picture of women in Africa. But more importantly, I hope to positively impact the lives of the women I have photographed and to help them in their struggle for acceptance. The more people read about PWOA the more recognition they get. More than anything, that is what these women deserve. Recognition for who they are and what they’ve gone through to get there.

Linkedin
RELATED ARTICLES
OTHER ARTICLES
Author Ben Machell discusses his new non-fiction book about Stephen Jackley, a university student who raided banks and betting offices between 2007 and 2008 with the intent of giving to the poor.
Tony Davis discusses his candid shots of unbridled joy from Britain’s clubbing golden era and what his photos mean to a generation of ravers looking back on the nights that defined their youth.
Earlier this week, the Education Secretary announced plans to tackle ‘silencing’ views at University. The move is merely a distraction from the far graver issues students face, argues uni student, Kimi Chaddah.
Around the world, LGBTQ+ bars are closing. In a new book, writer Jeremy Atherton Lin reclaims these institutions from the rubble by tracing their legacy as spaces of solidarity and sexual expression.
To mark the release of his new LP, the frontman of south London group 67 calls from prison to discuss his fraught past, dismantling the Tories and embracing the multitude of ways drill has evolved.
A new book revisits Philip Wolmuth‘s photographs of West London during a turbulent decade for the area, relating a vision of community photography with social justice at its core.