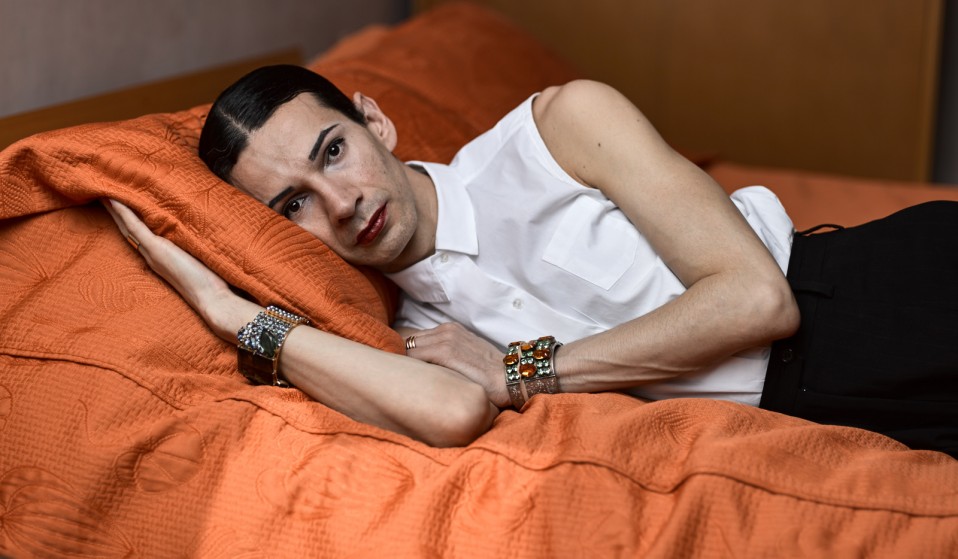 All The People, a new photo book and project, explores the experiences of gender non-conforming people from around the globe, defining their identity on their own terms.

Gender expression takes many forms, what it means to be a man, a woman, or something other for each of us can never truly be the same. All The People, a new photo book and project, explores the experiences of gender non-conforming people from around the globe, defining their identity on their own terms.

Life for many trans people continues to be hard. Social media campaigning, trans pride events and heart-wrenching personal narratives might be uniting many of us in support for this community that for so many years went under the radar, but the fight is by no means over. This isn’t just through explicit discrimination and prejudice, but also a lack of understanding.

As trans visibility becomes more prominent in our cultural landscapes, it’s vital to remember that for many trans people gender is far more nuanced than most of us appreciate. 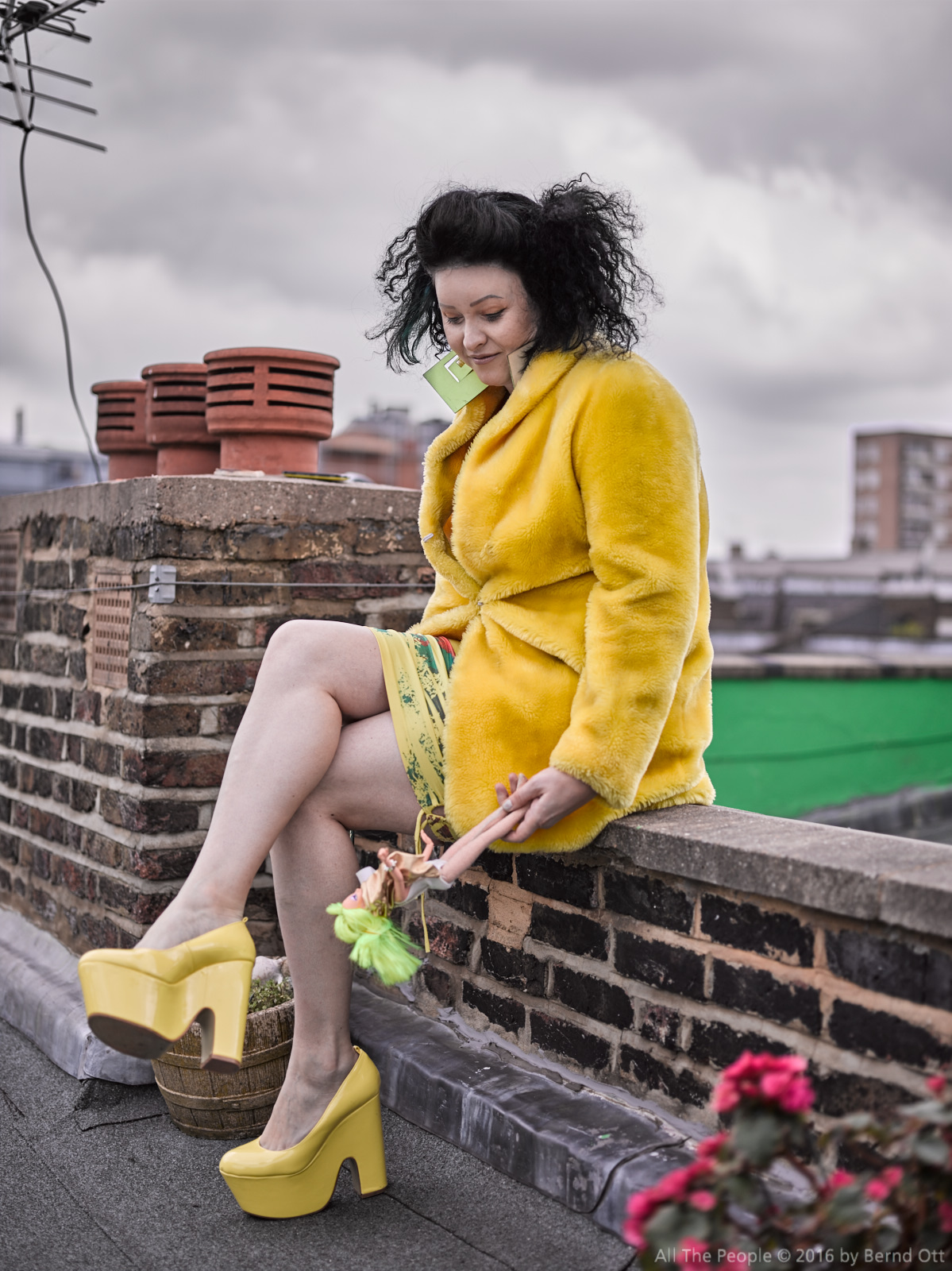 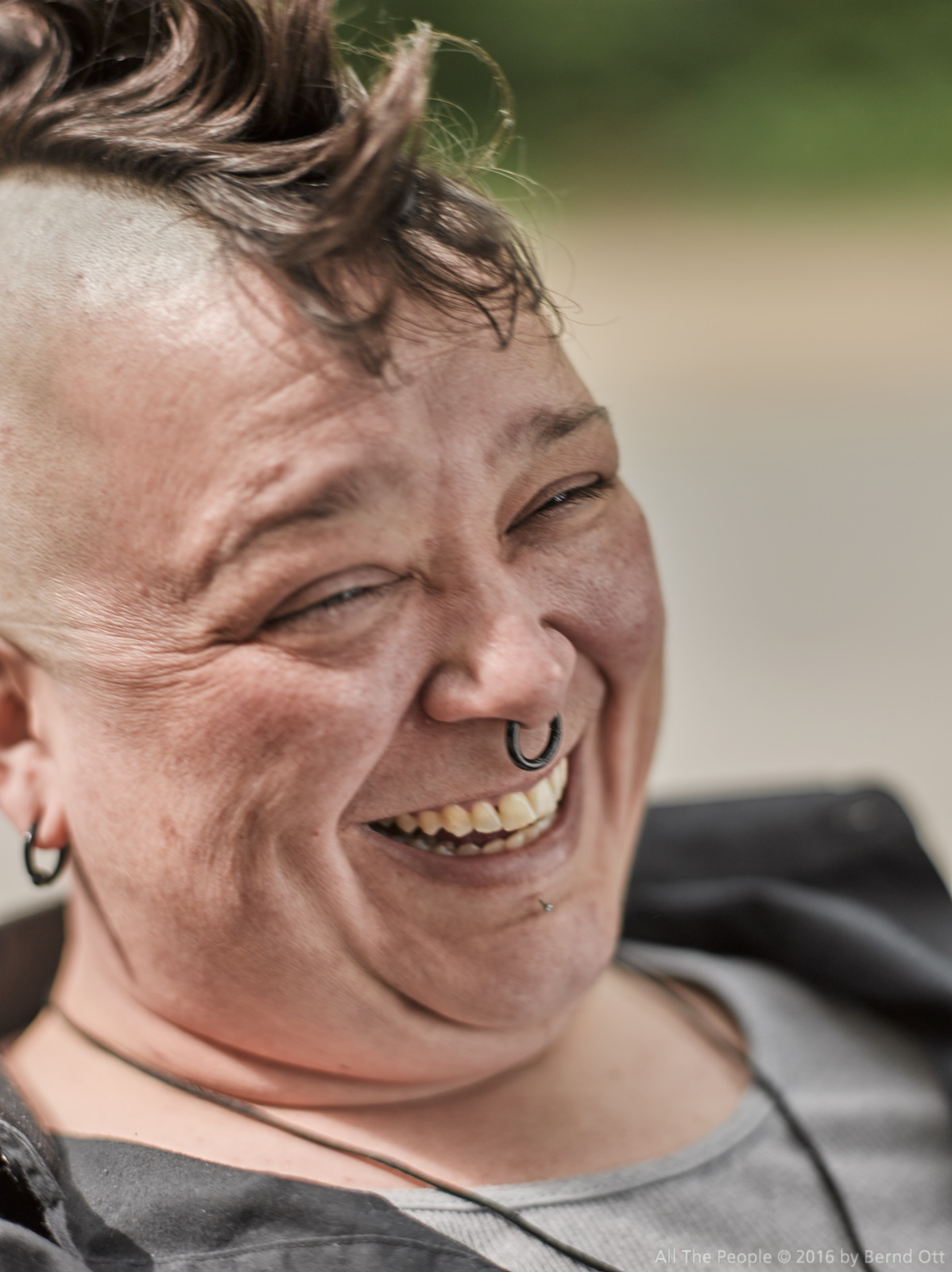 All the People is a book of beautiful portraiture alongside inspiring personal narratives which gives authentic voices to people who define gender on their own terms. Photographer Bernd Ott and writer Emily Besa, the brains beind the project, worked collaboratively with their subjects, which meant giving them full creative reign of their shoots, and allowing them to give away as much – or as little – as they wanted.

What they’ve created is a touching, intimate exploration of all the nuances of gender fluidity, showing us what it really means to be at peace with our identities.

How did you seek out and approach people to be part of the project?
Emily: In the beginning we had an introductory website that we asked our first participants and friends to share with people that might be interested. Those friends and participants introduced us to more people. And among them were some key multiplicators, a couple people within the queer community who really believed in the project and introduced us, gave us good references, and validated the project with their involvement.

Why was it so important to you to have quite such a varied mix of people – nationalities, ages, race?
Emily: We focused on five cities; five cities that we have called home — and these cities are home to a great mix of people. It was important to show through the diversity what we have in common, as well as examine the nuances of human experience.

Bernd: We don’t claim to have a representative collection of [all] gender non-conforming individuals in the world. That would be preposterous with such a small group of individuals.

The approach to the project wasn’t scientific, but we attempted within reason to cover a large range of humans in age, ethnicity, social background, sexuality and more, to reflect within our small means the diversity of all people. It is easier that way for a viewer and reader to find a person to identify and connect with. I believe that looking at the pictures and reading the stories you will always find your favourite, a person you can see a lot of yourself in or a person you would love to have as a friend. 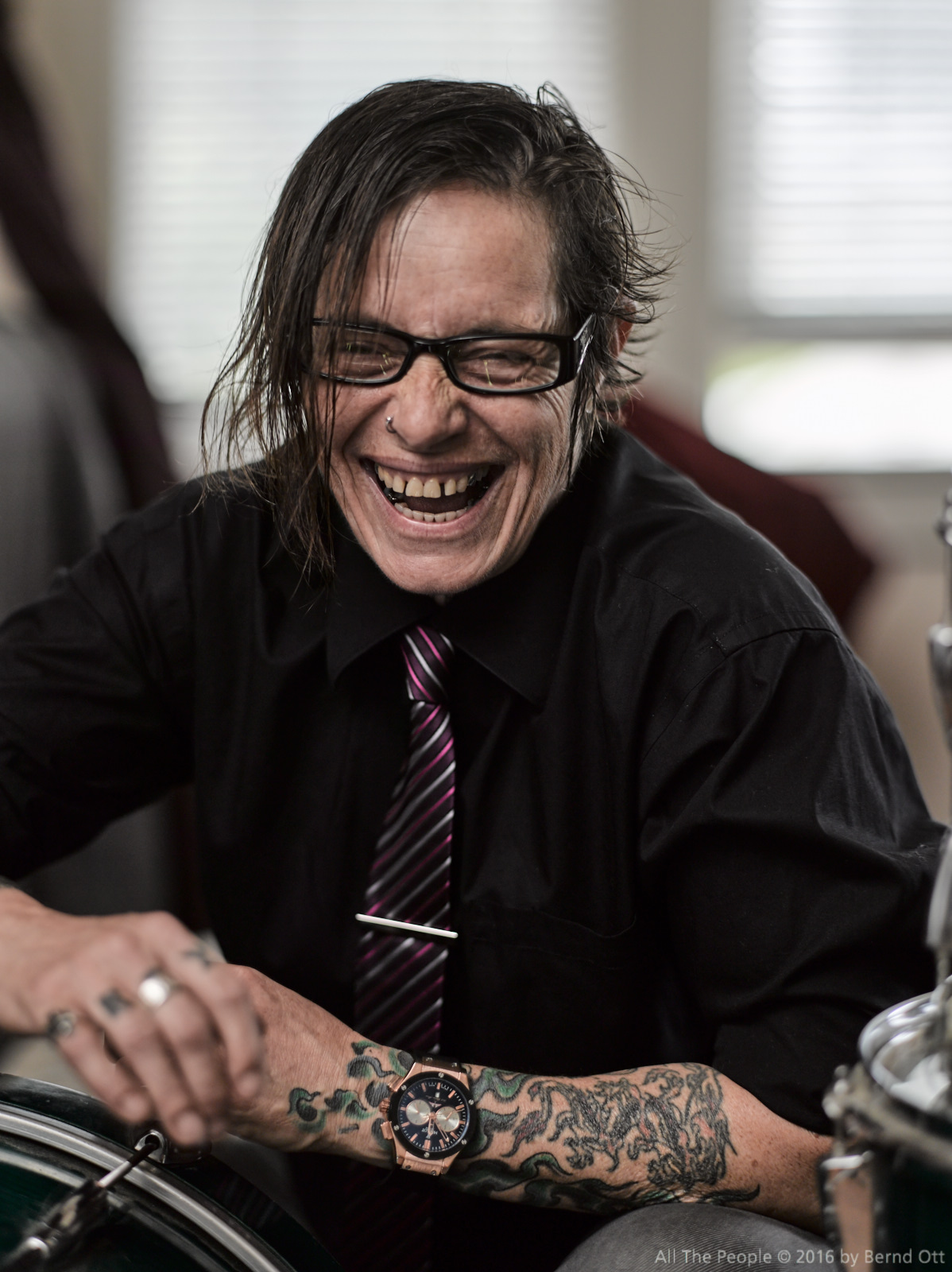 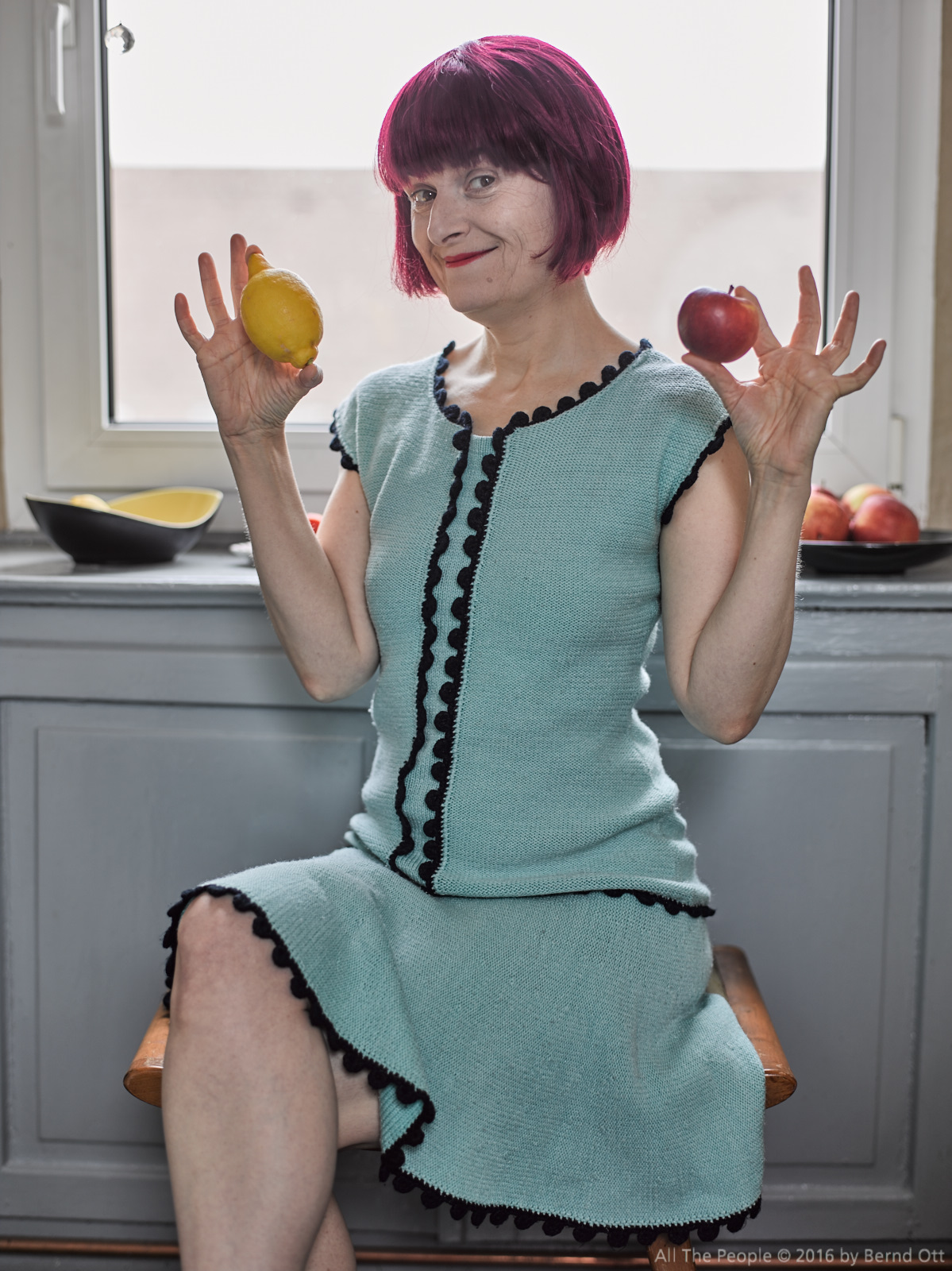 You gave your subjects free reign of their shoots, how did it work out?
Bernd: The collaborations with people differed a lot. Commonly people would choose their outfits and where they wanted to be photographed – a safe space, a favourite place or a spot of personal significance.

The process really differed a lot between the people. Someone tried to recreate certain male Hollywood stereotypes in a playful way and at the other [end of the spectrum], a five year old child is a five year old child where only a lot of patience and play will get you to the pictures you want. Actually, that works for some of the grown ups as well. 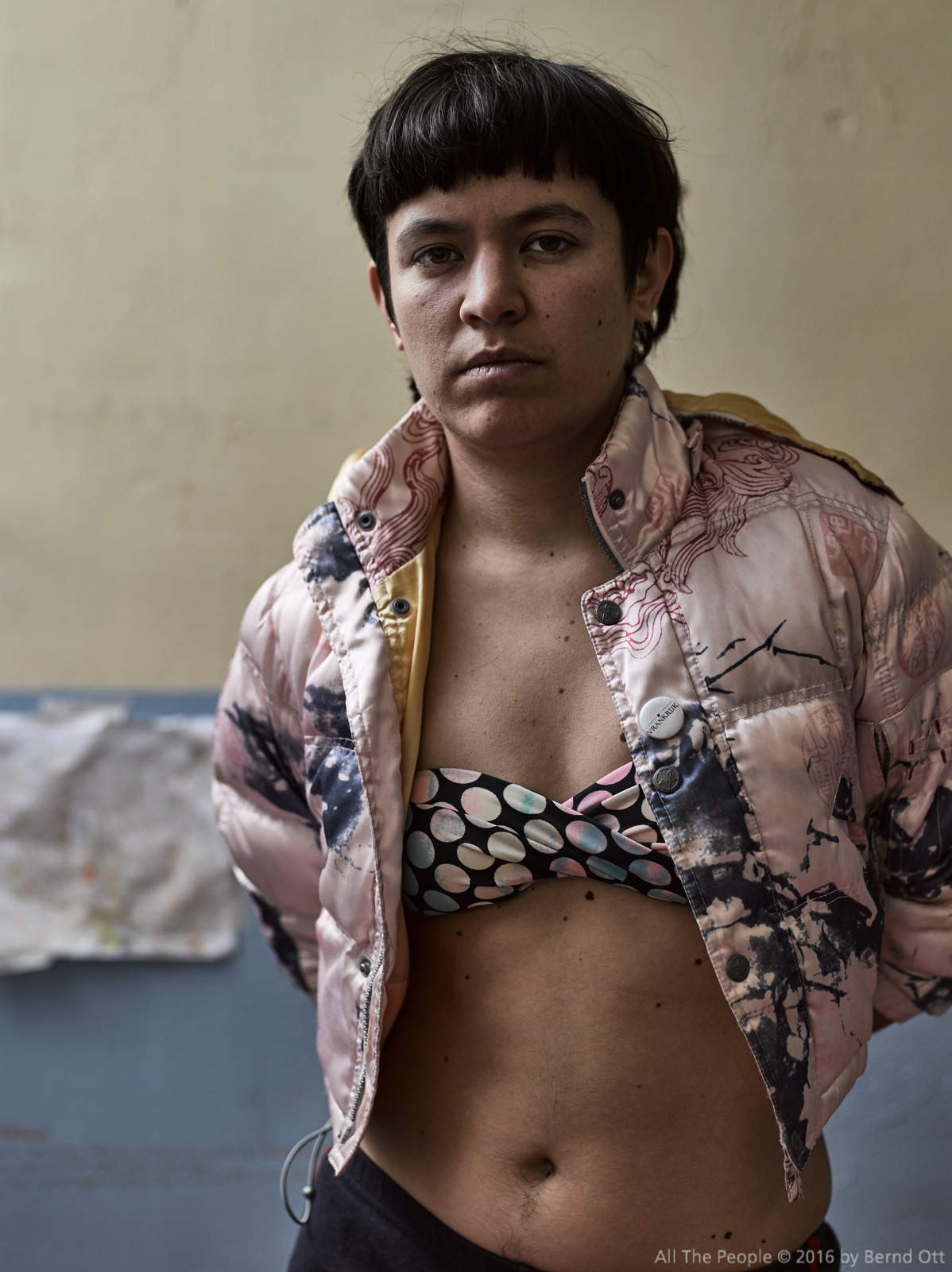 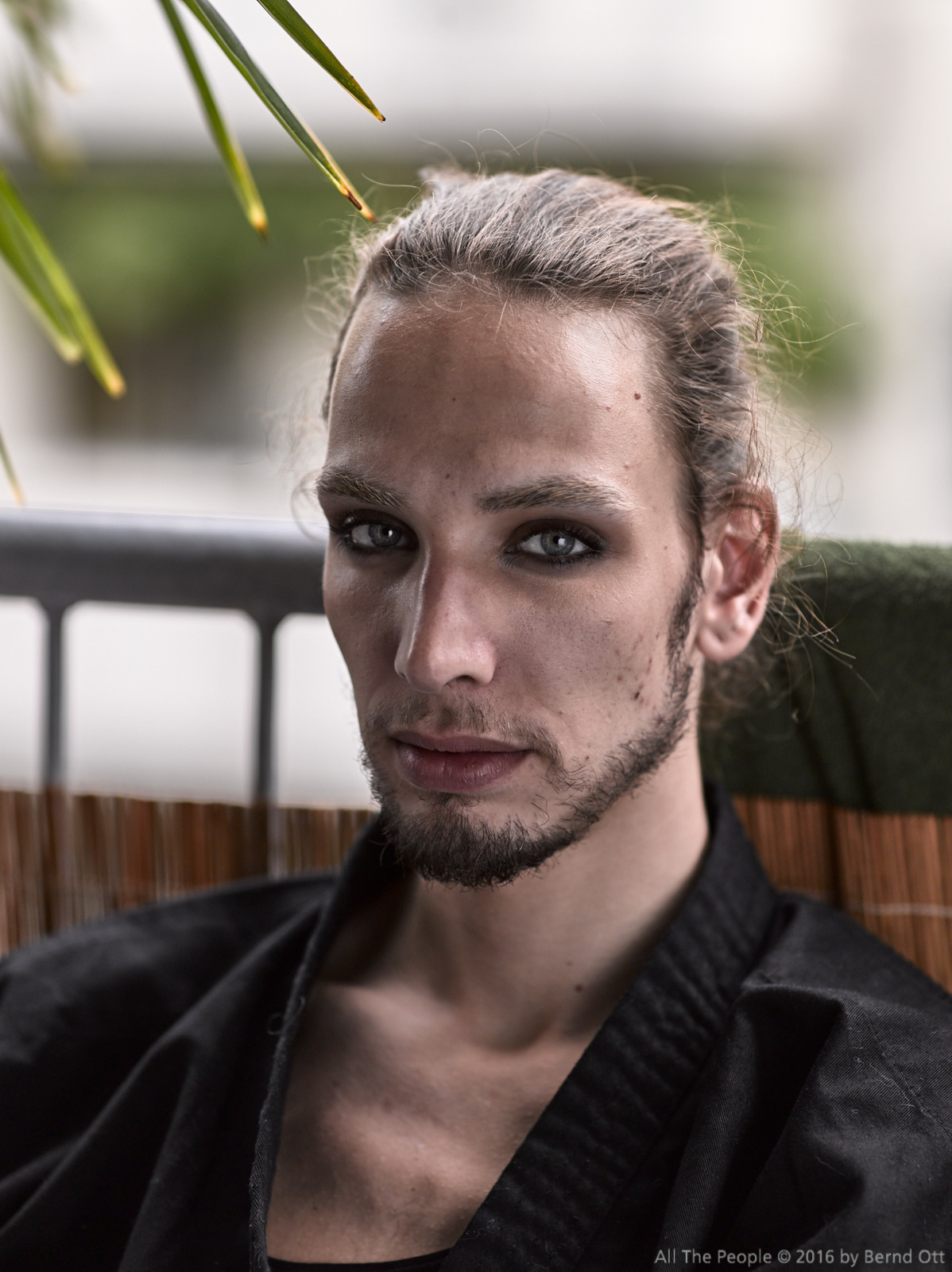 You say everyone you approached wanted to know the why you were making this project. Did you sense some suspicion, were people nervous?
Emily: I think the ‘why’ ranged from curiosity to wariness, [which] was quite understandable being that two heteronormative (non-trans, cisgender, heterosexual) people initiated the project. We all come to things with preconceptions and past experiences and peoples’ inquiries were definitely a reflection of these two things. It’s important to note that just because someone is queer and gender non-conforming, doesn’t automatically mean that they are going to be the most sensitive people.

Bernd: On occasions we met people who had past experience with media, and more than once these experiences left a lot to be desired. Particularly writers and image makers that were not part of the community seemed to have an outside view [which] tended to expose and objectify. It took time and personal contact to rebuild trust that had been destroyed by past experiences. 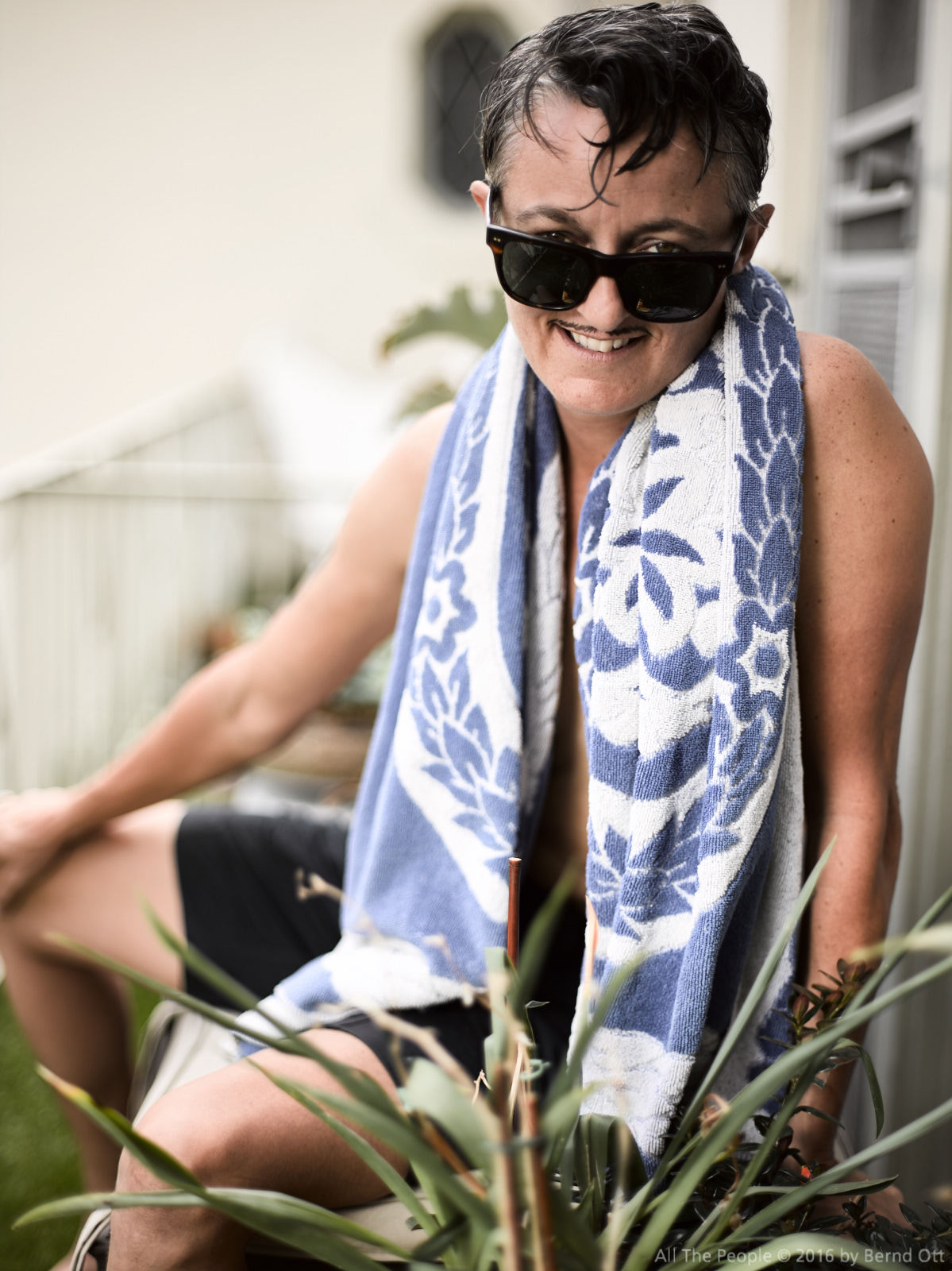 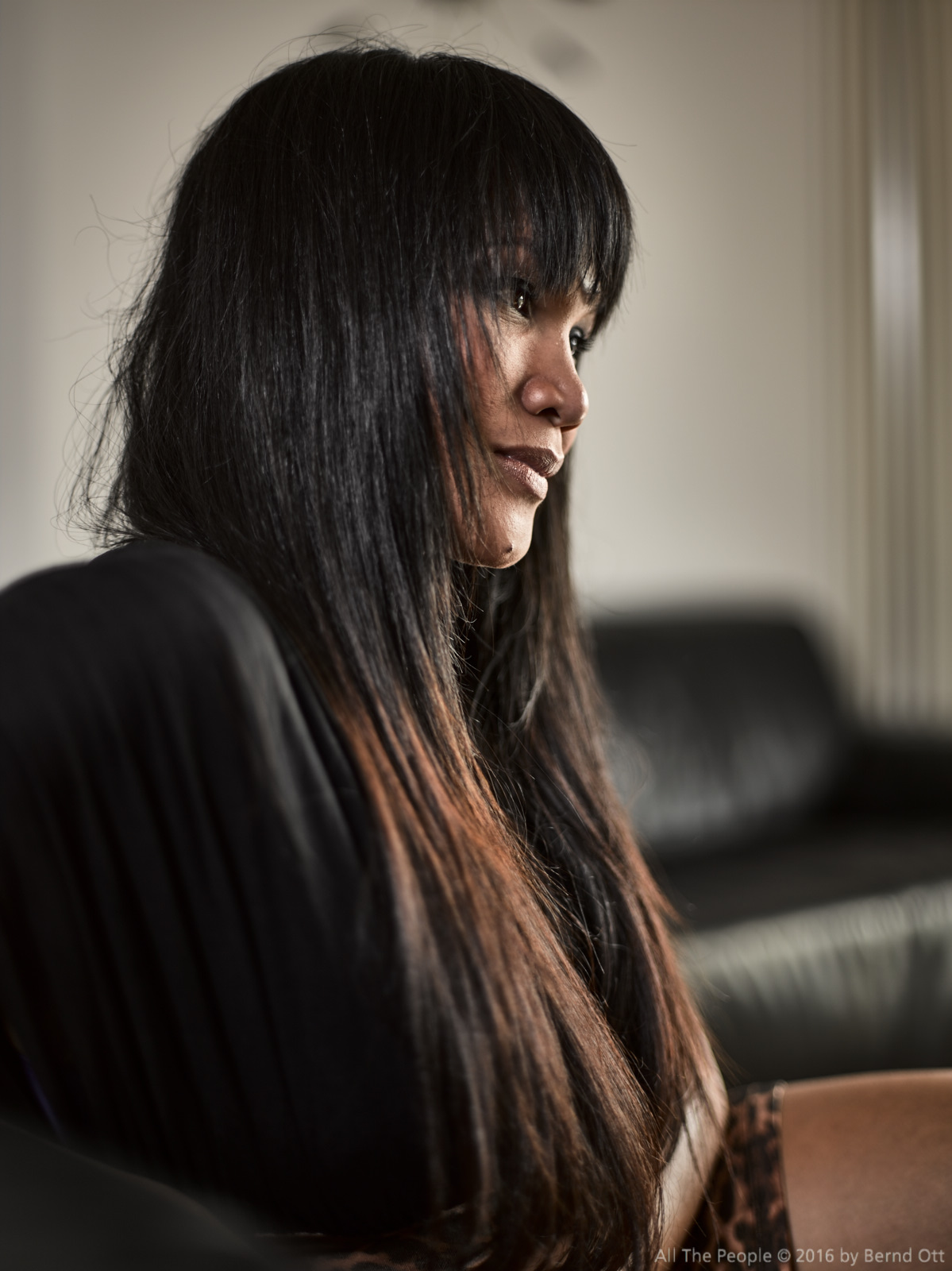 Was it difficult to condense such complex personal narratives into just two pages of text?
Emily: Yes, at times. But for me, the writing process was not just about relating personal narrative; it was also about capturing someone’s voice, so the reader feels like they are also in the conversation. We tell our stories differently to different people, and they evolve in the telling over time. Our stories are ever-changing. The main thing was that that person’s storytelling came through in an authentic way.

Every person signed off on their text, as it was essential that they felt good about the way their stories were told. 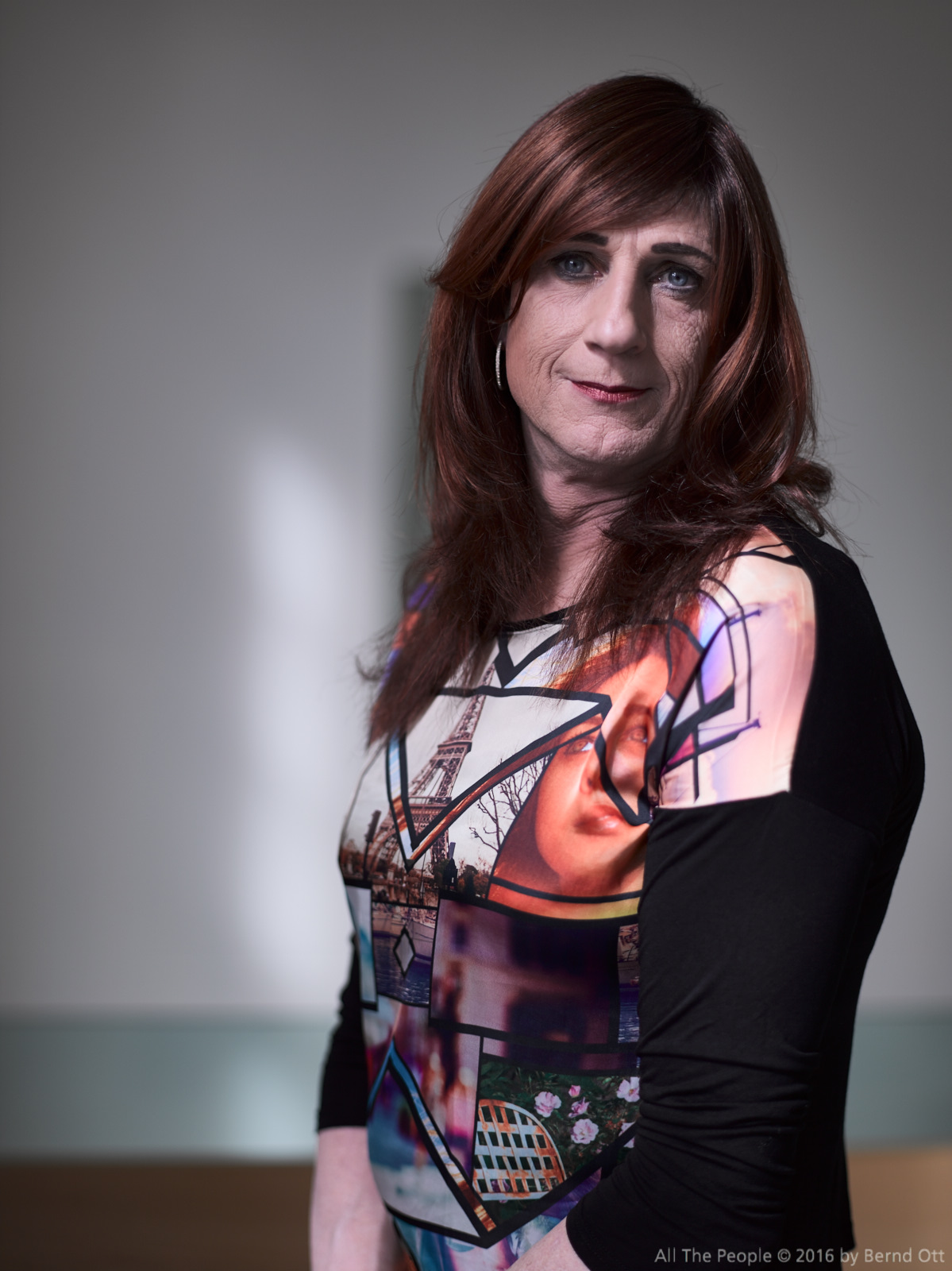 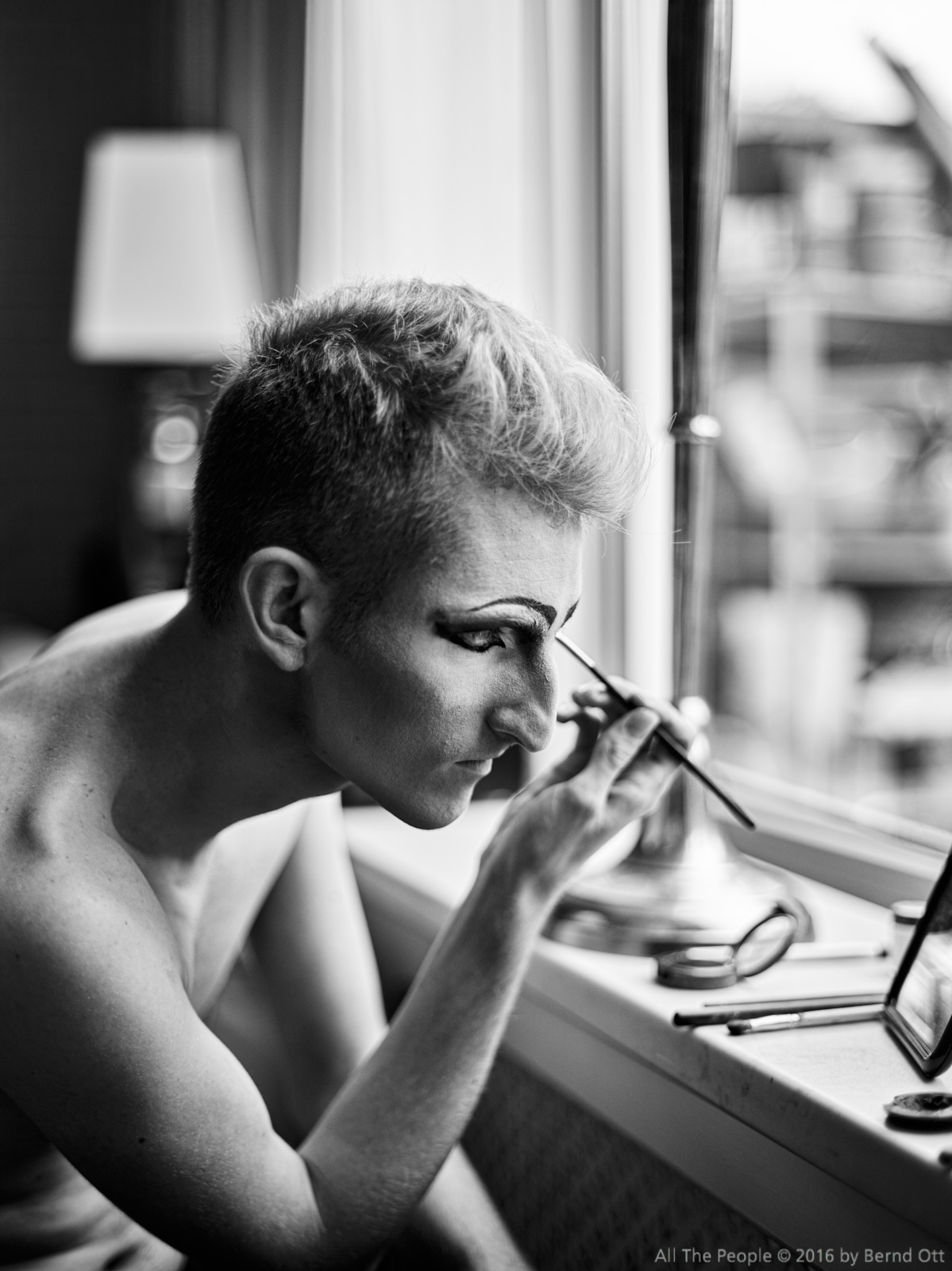 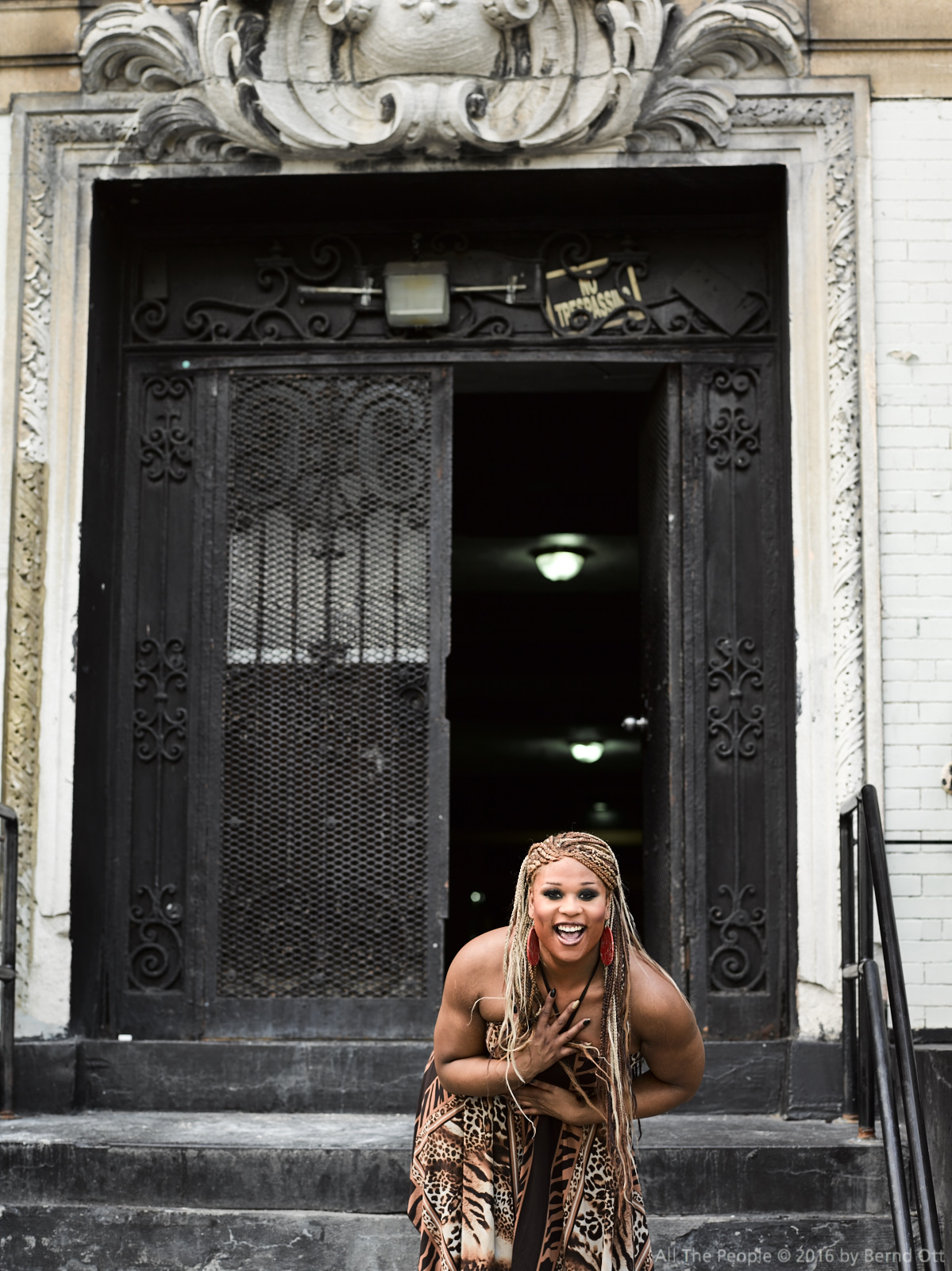 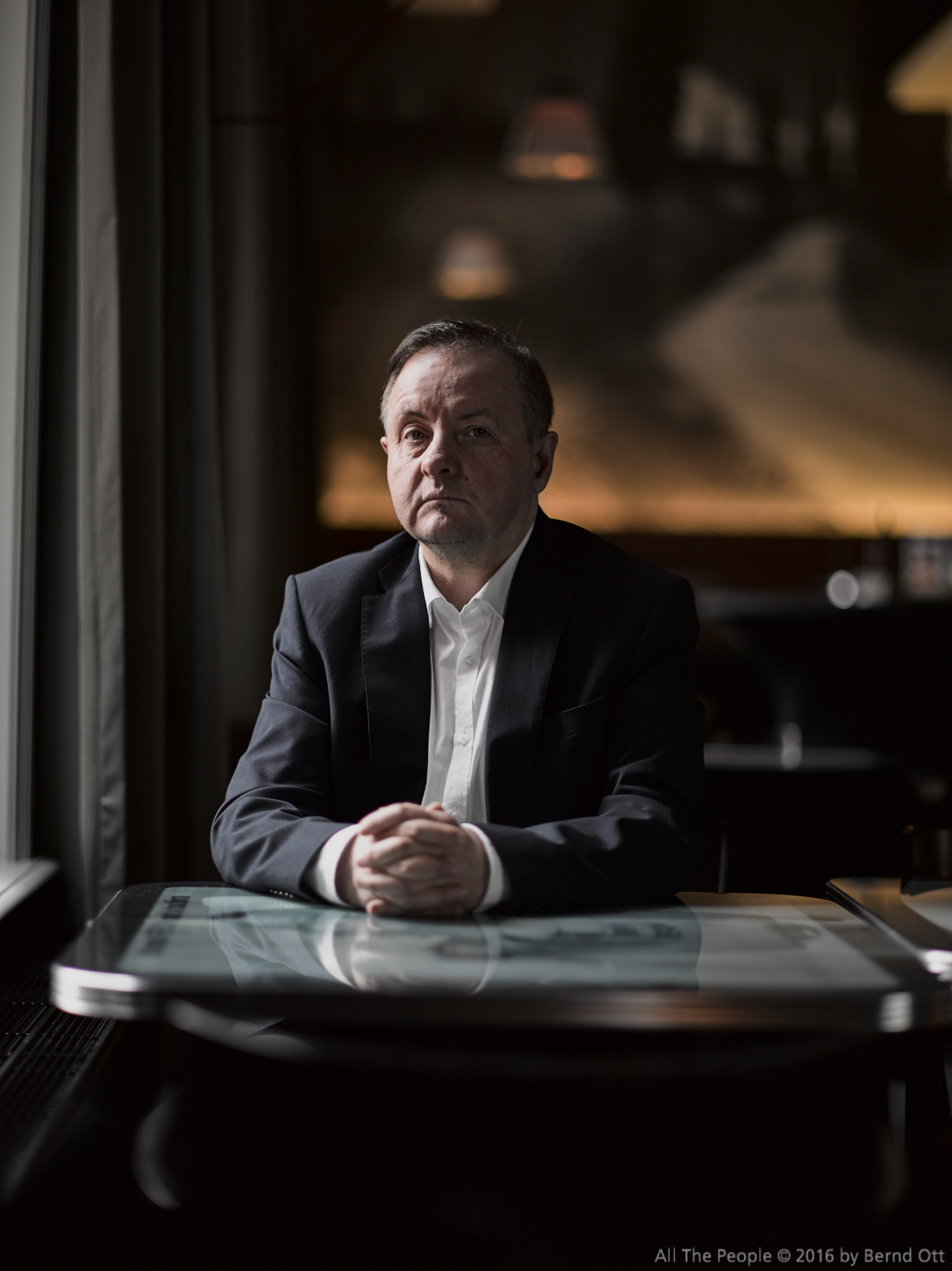 All The People is published by Kerber.

Linkedin
RELATED ARTICLES
OTHER ARTICLES
Tristan O’Neill’s shots of dancers caught in moments of reverie at the height of rave’s golden age are a testament to the UK’s legendary club culture.
A new law change is enabling Britain’s donor-conceived children to know the truth about their origins – but campaigners say the fertility industry must do more to protect people.
A new podcast is opening up the conversation between trans women and trans amorous men in the hope of building coalitions.
As she gears up for the release of her first book, the 24-year-old climate activist talks standing up to authority and building a more inclusive movement.
AI companies that develop image-generators using copyrighted artwork from the internet are coming under fire from artists who say that it amounts to theft.
A recent High Court ruling against the right to wild camp in Dartmoor National Park sparked the largest land protest in history – and campaigners say their fight is not over yet.