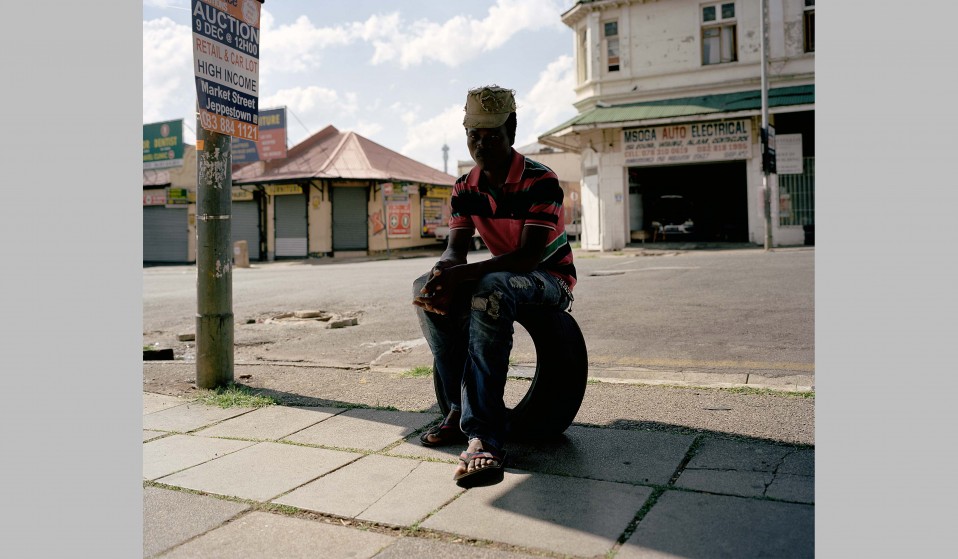 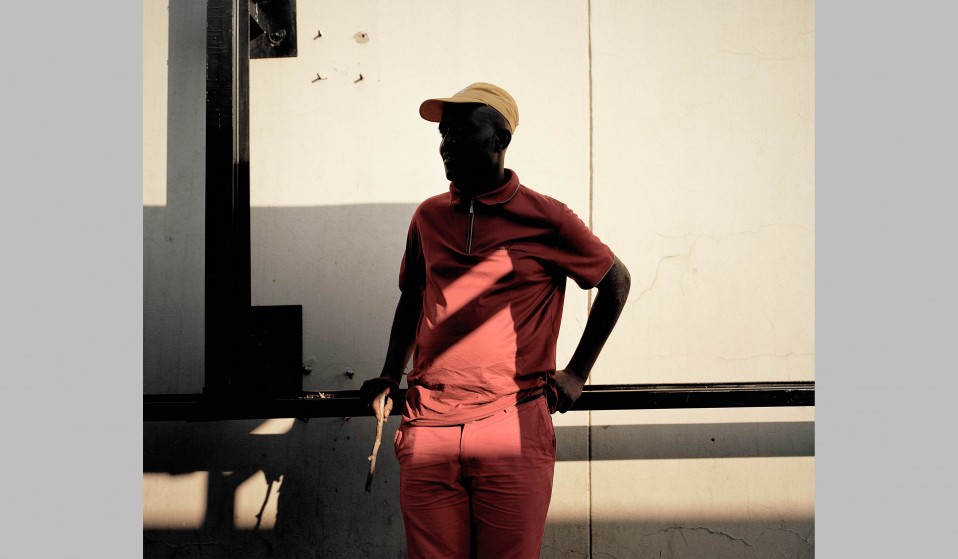 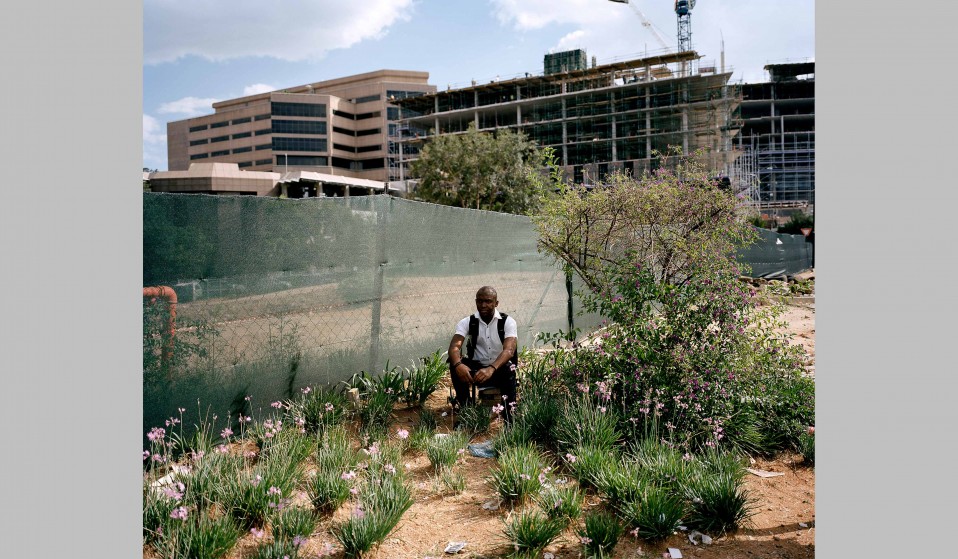 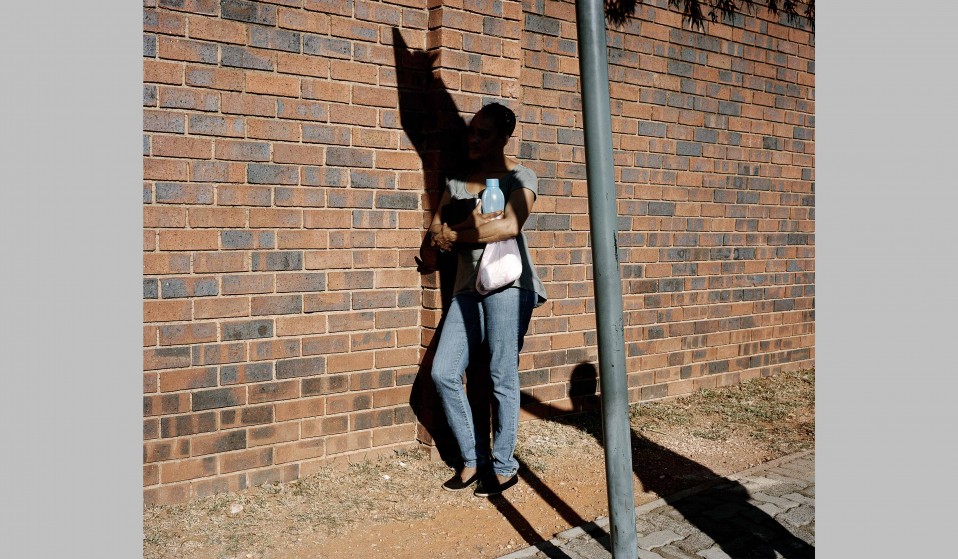 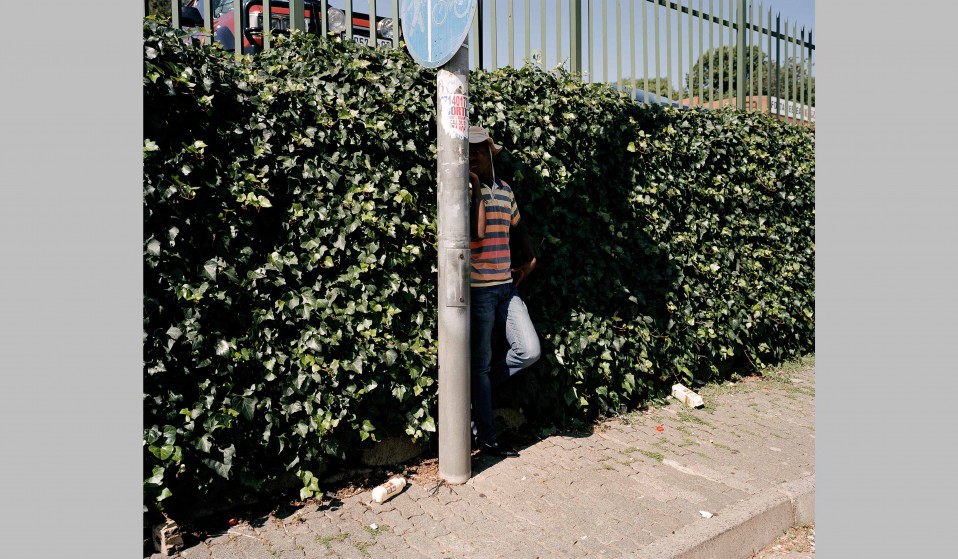 At first glance, seeing people waiting around on the streets of Johannesburg doesn’t tell you much. But stop for a moment, ask them what they’re waiting for and for how long, and you’ll learn a lot about the new South Africa and the enduring legacy of apartheid. Photographer Jason Larkin’s book Waiting collects photographs of South Africans waiting in the shade, which reveals a story that goes beyond the superficial.

The week of Waiting’s launch, another great photobook dropped onto our desk: Platinum, a collaboration with award-winning journalist Jack Shenker. With an unconventional format, the four pull-out posters and attached text focus on South Africa’s mining communities in the wake of the Marikana massacre in which 47 people died, mainly striking miners killed by police.

We spoke to Jason to find out more about Waiting and Platinum.

What drew your attention to people waiting around Johannesburg?
While living in South Africa and working on my previous project, waiting had a much more pronounced and tangible reality to it, an awareness that came through strongly in the daily news reports of life across the country, as well as day-to-day conversations. But for me, it was a physical appearance of people waiting in public and out in the streets that really grabbed my attention.

Of course, like anywhere else, much of the waiting I realised was for people to simply to get to and from work. However as I talked with those waiting I soon realised how long this waiting could take, and the implications of this. The geographical zoning that democratic South Africa has inherited, as well as an apartheid era transport system, means workers can wait hours to start a long ride home, making the daily commute an evident legacy of an unjust system that still persists today.

What did you learn from the Waiting project?
Waiting is obviously not a reality exclusive to South Africans. But waiting for so long for transport home, or for jobs so far away from where they live is a legacy of the aparthied zoning that the new South Africa has inherited. If you spend four hours of your day waiting and travelling home you have much less time to spend with families, less time to do what you’d like to, start a new business, be competitive, etc.

There are only black people featured in the book. Do class, race or other factors affect who is waiting, where they are and for how long?
It’s more blurred now than it ever has been, twenty years ago I’m sure the racial contrast in terms of how people moved was very different than today. But in all the time I worked on this I came across only one white person waiting for public transport. Not all, but most whites have cars. 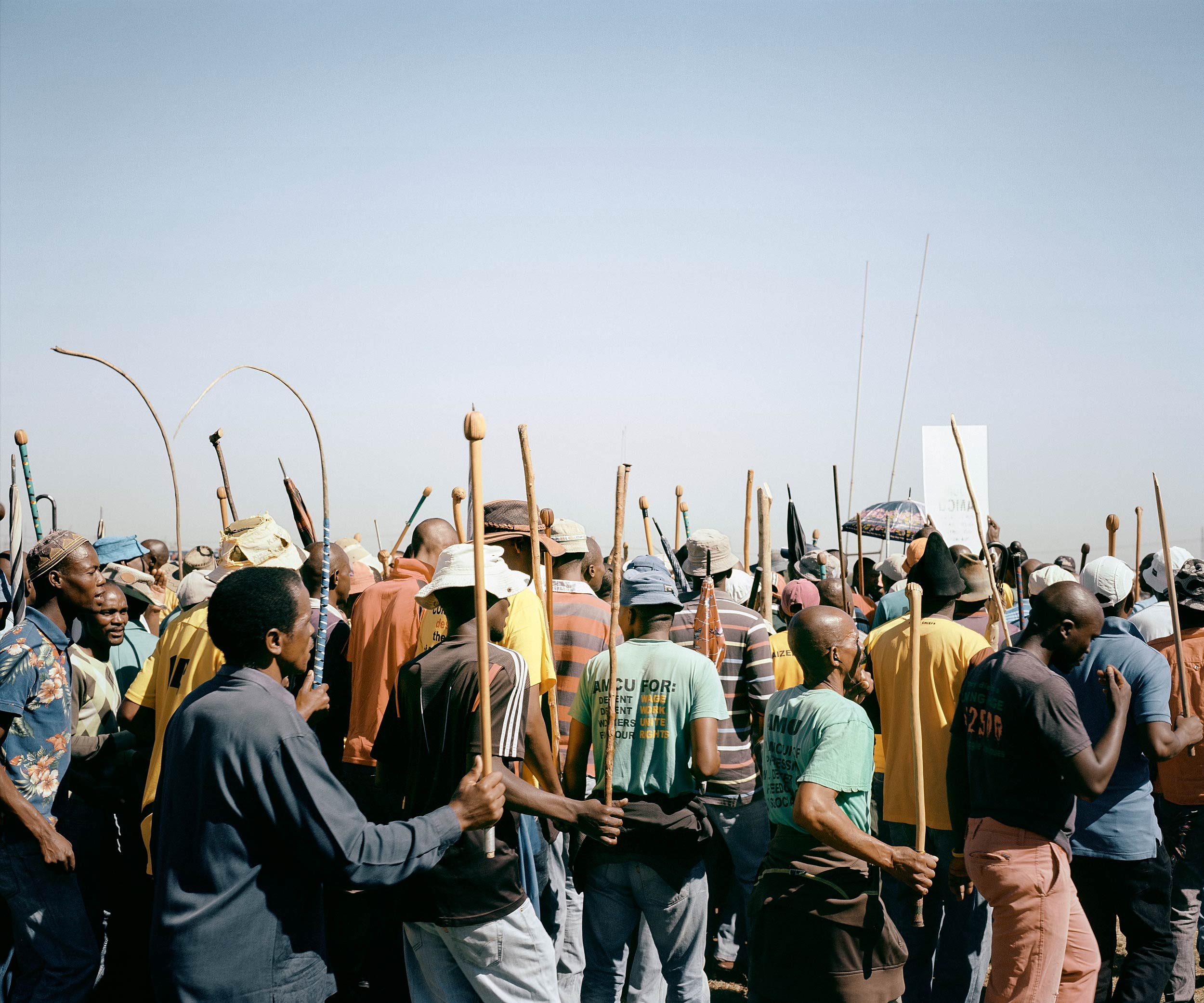 From Platinum by Jason Larkin

What is Platinum all about?
This series uses the four month strikes and subsequent massacre of thirty four miners in Marikana during 2012, as its starting point. These resulting images are focused in on the physical and political landscape of South Africa’s platinum mining communities. Through mobilisation the political environment throughout these mining communities has changed dramatically since the massacre. Yet formal mining institutions have yet to make any serious adjustments to the lives of thousands of families who live and work in an environment dominated by the infrastructure of power. 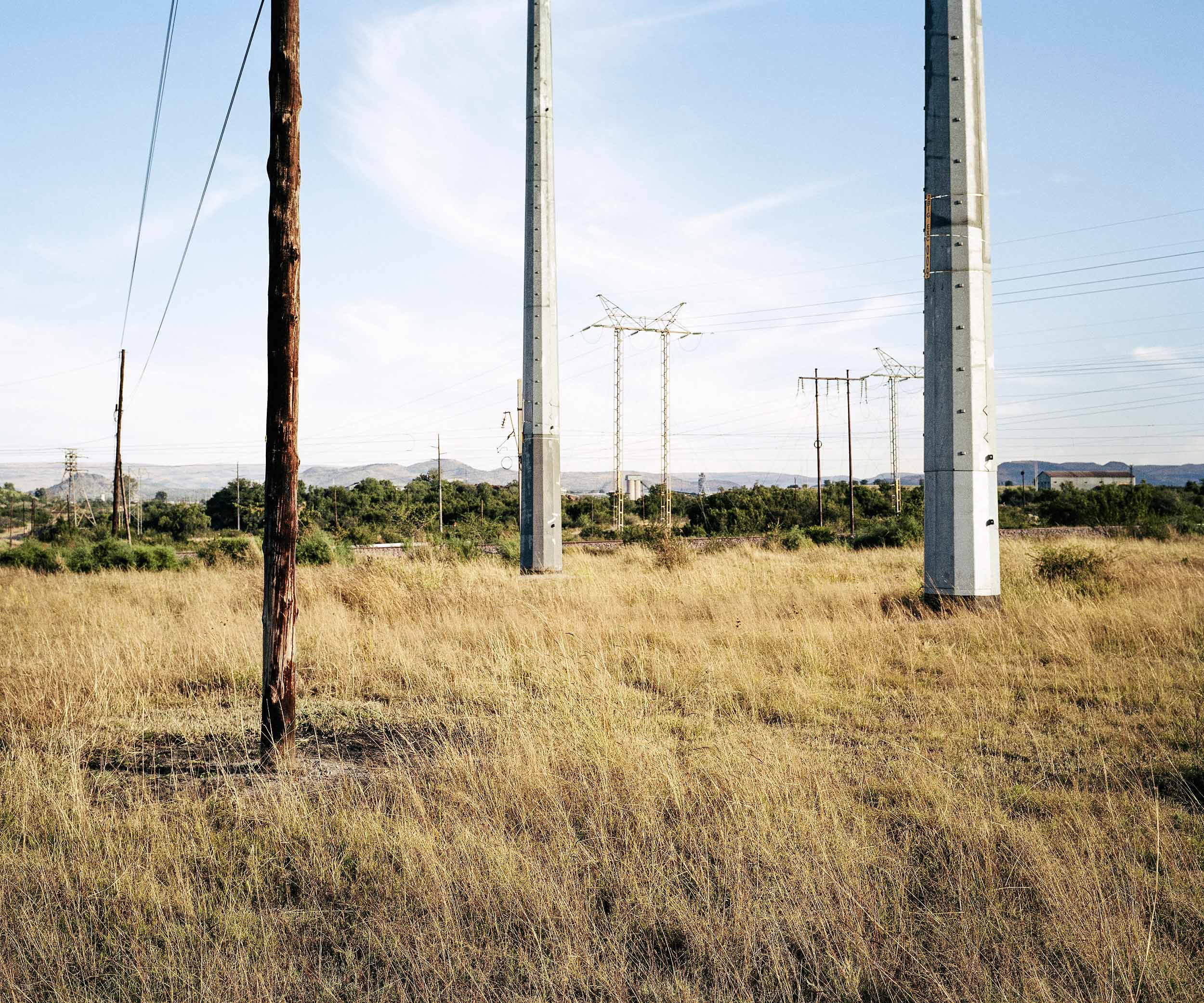 From Platinum by Jason Larkin

Why have you chosen to present it in this unconventional format?
This new mini-publication Platinum has become in part an exercise with audience engagement as much as communicating the story. The bilingual essay (available in English & Xhosa) and removable posters have been distributed across various political and activist communities in South Africa (50% have been given away for free and the English copies we’ve sold have mainly subsidised the Xhosa version), in multiple formats, as well as for sale in more traditional spaces.

Linkedin
RELATED ARTICLES
OTHER ARTICLES
Documentary Shield and Spear reveals the limits to freedom of expression in South Africa today and introduces the "Rainbow Generation" driving an exciting new wave of creativity.
Thanks to DIY education project Waves For Change the young people of Khayelitsha are getting a chance to experience the transferable skills of surfing.
Jason Larkin's new photobook captures a portrait of Johannesburg's fractured plains.