Issue Archive / A photographer’s 8,000-mile journey from Cuba to the US 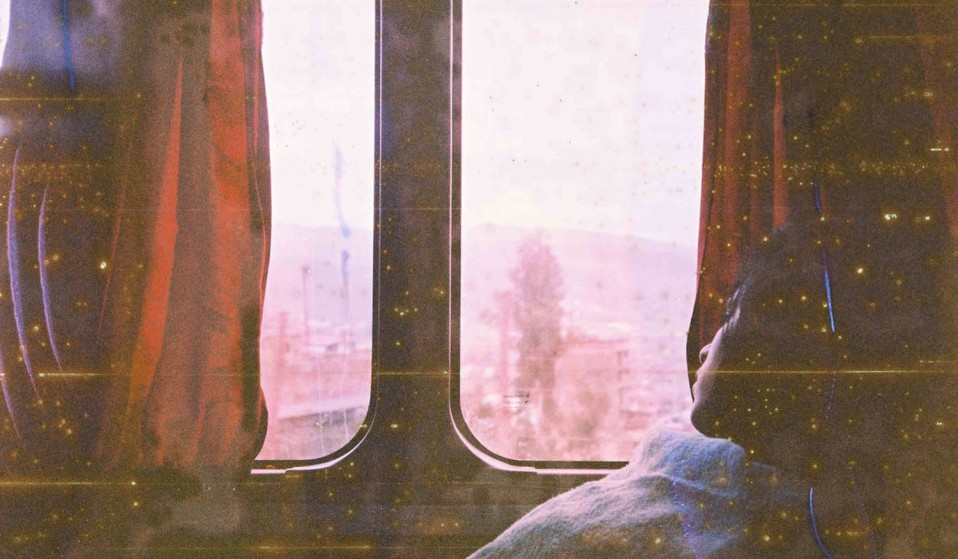 Photojournalist Lisette Poole spent 51 days documenting two Cuban women's migration to the US. She travelled illegally through 11 countries, via smugglers and roadless jungles, using a point-and-shoot camera when it was too dangerous for the real deal. This isn’t a story she simply observed: it’s an experience she survived.

My life has been shaped by waves of Cuban migration. My mother and her family fled the Revolution. I have droves of cousins who left in the 1980 Mariel Boatlift, the ’90s rafter crisis, and most recently many loved ones who made the journey overland from South America. Because of this, I felt compelled to make the journey myself.

As I worked in Havana documenting the impact of increasing tourism due to an opening in US relations, I saw another growing phenomenon. Cubans were fleeing the island in record numbers – people who felt the influx of capital wouldn’t reach their lives. Marta Amaro was one of them. 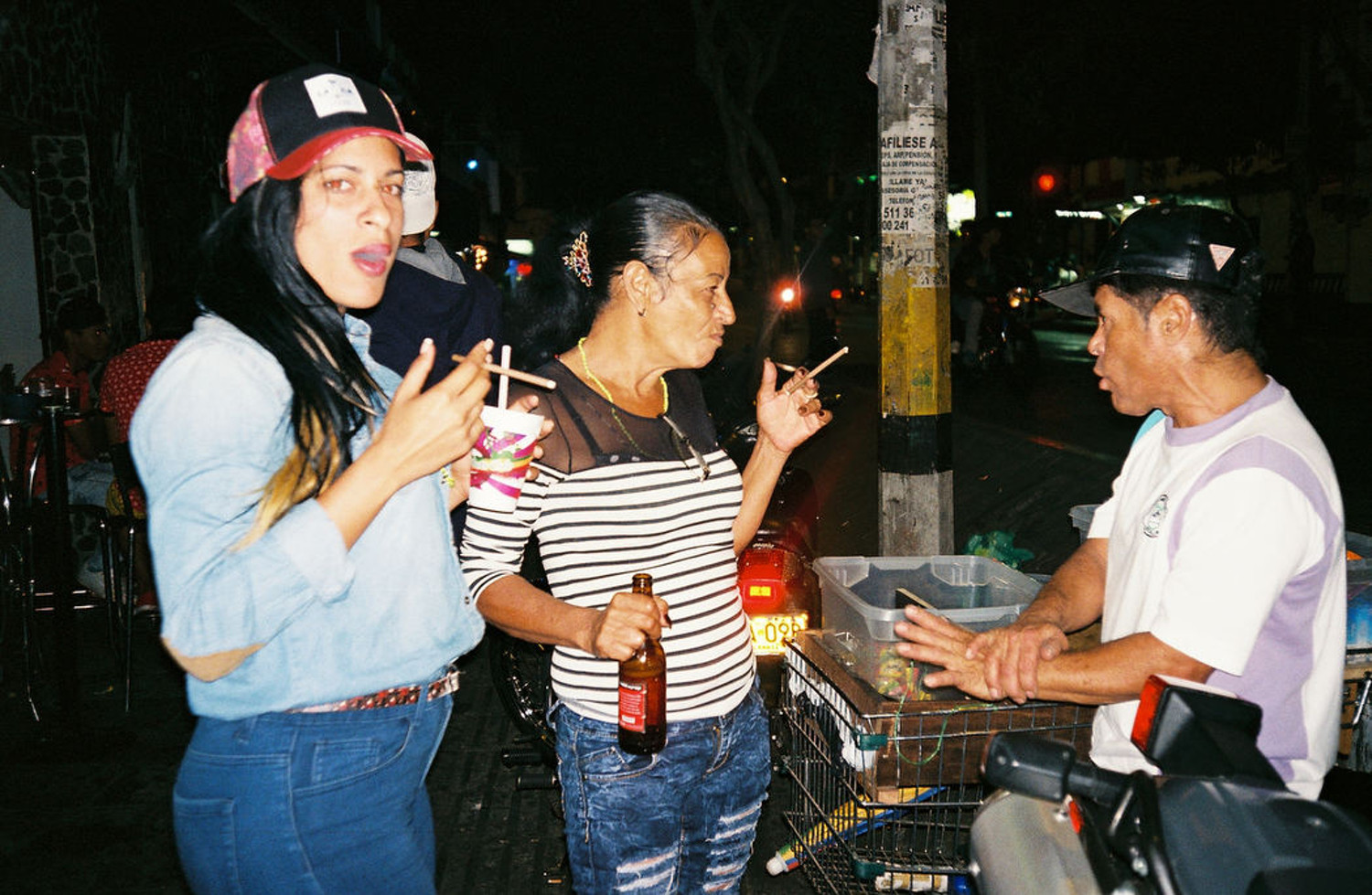 I met Marta in late 2015; she was 52. She befriended me instantly and began speaking of her plans to leave. One day, eight months later, she called: “Me and Liset are buying tickets tomorrow. Are you coming or not?”

Her friend Liset Barrios, 24, was a bold and charming sex worker. She’d convinced her American boyfriend to pay for her journey and the two made a last-minute decision to follow in the footsteps of thousands of Cubans by making the trek together. They were chasing after ‘wet foot, dry foot’, a now defunct 22-year policy that allowed Cubans almost automatic asylum once reaching the US. 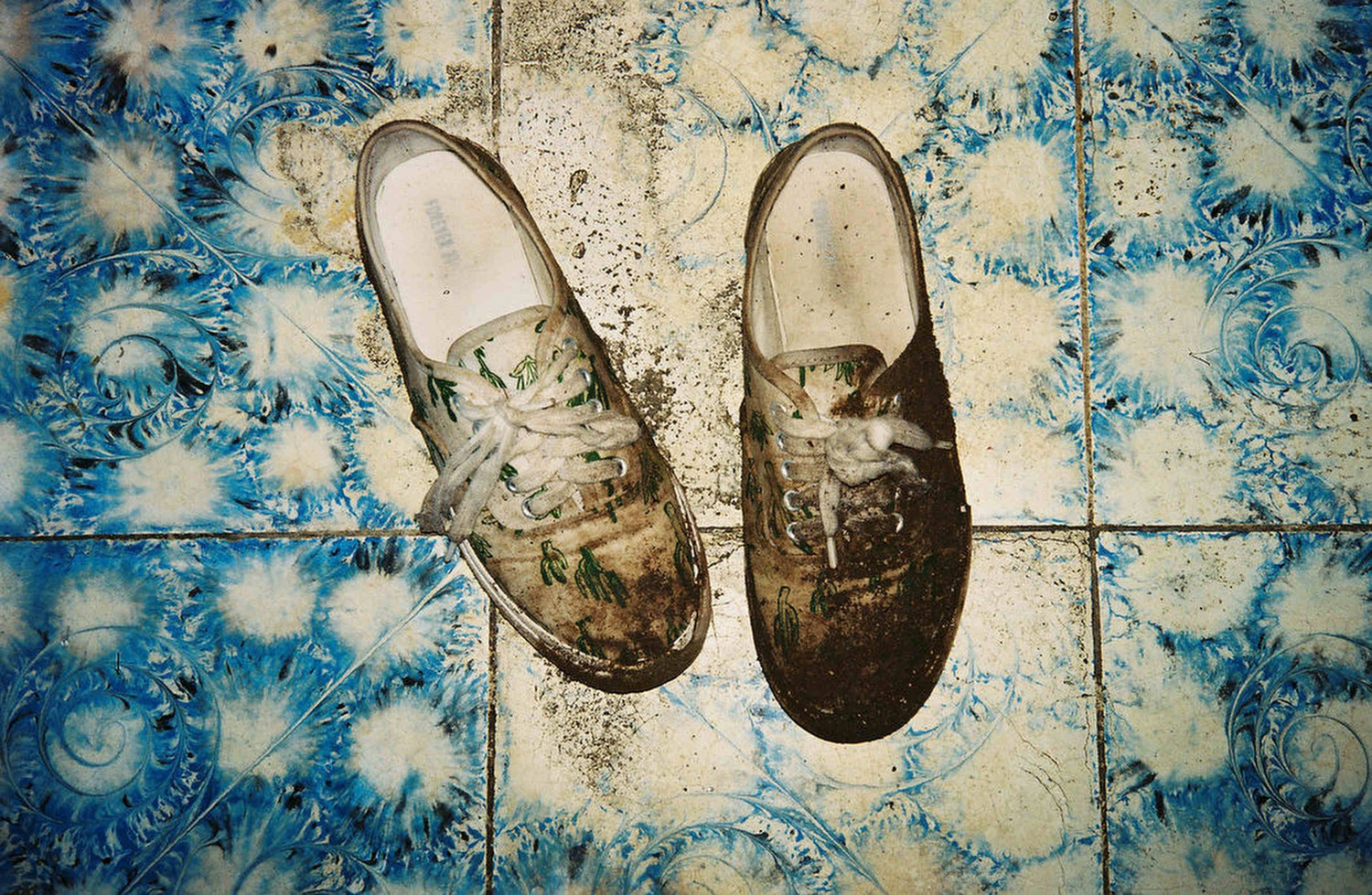 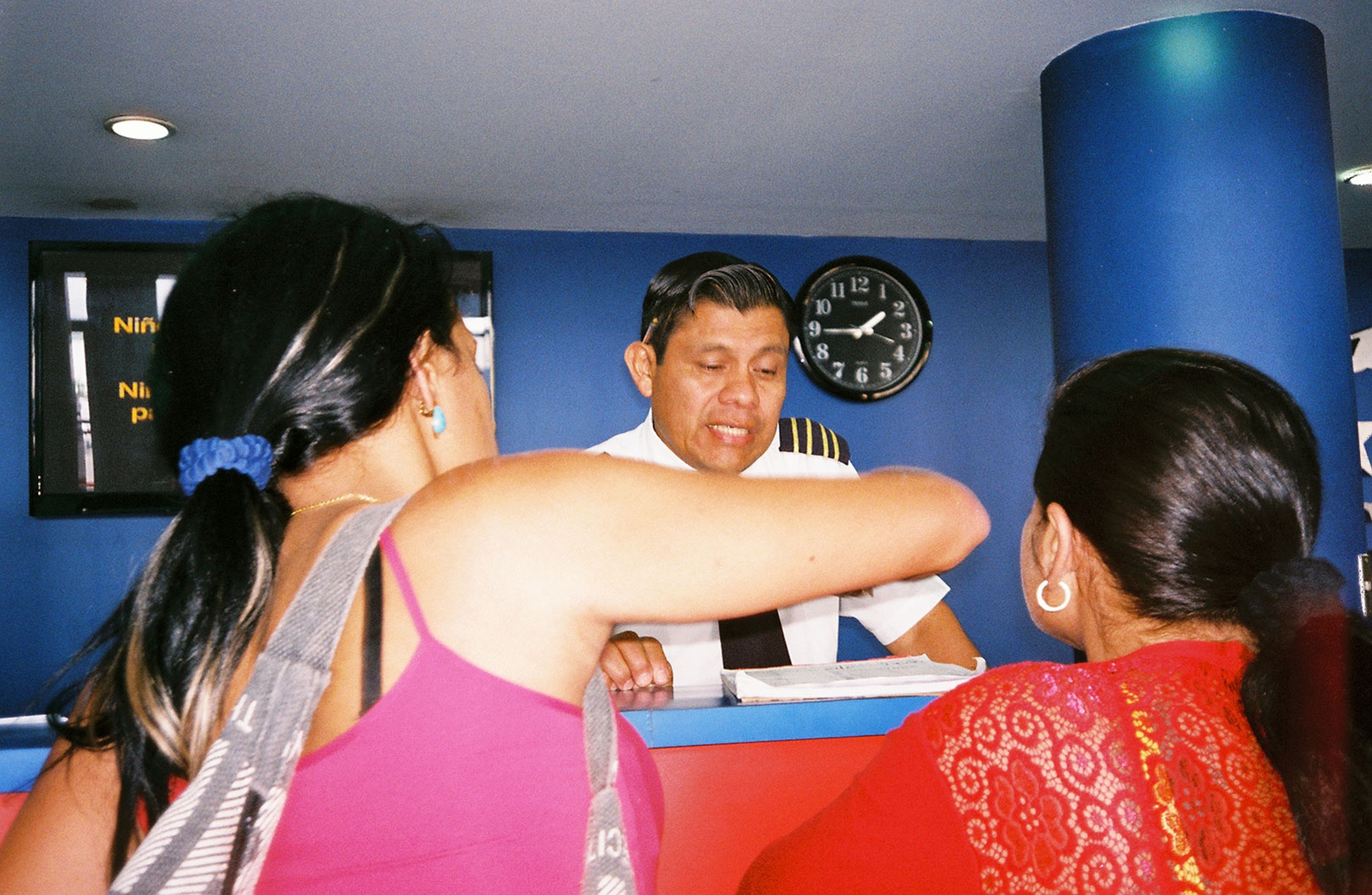 The three of us flew to Georgetown, Guyana, 10 days later. I talked with them constantly about my role as a journalist; I was determined not to steer their course. We also discussed money and the fact that I couldn’t pay their way. I realised I would have to go all-in to do this properly, crossing borders illegally myself and paying the coyotes (human smugglers) too.

Along the way, we had run-ins with migration officials and were detained on a few occasions. I posed as a migrant, using Cuban culture and my closeness with Marta to mask the fact that I’m so obviously American. Liset took charge, negotiating funds from her boyfriend in Chicago to pay for both her and Marta. She got us out of sticky situations with law enforcement and smugglers using sheer determination and street smarts. Marta followed along, mostly disheartened and missing home. 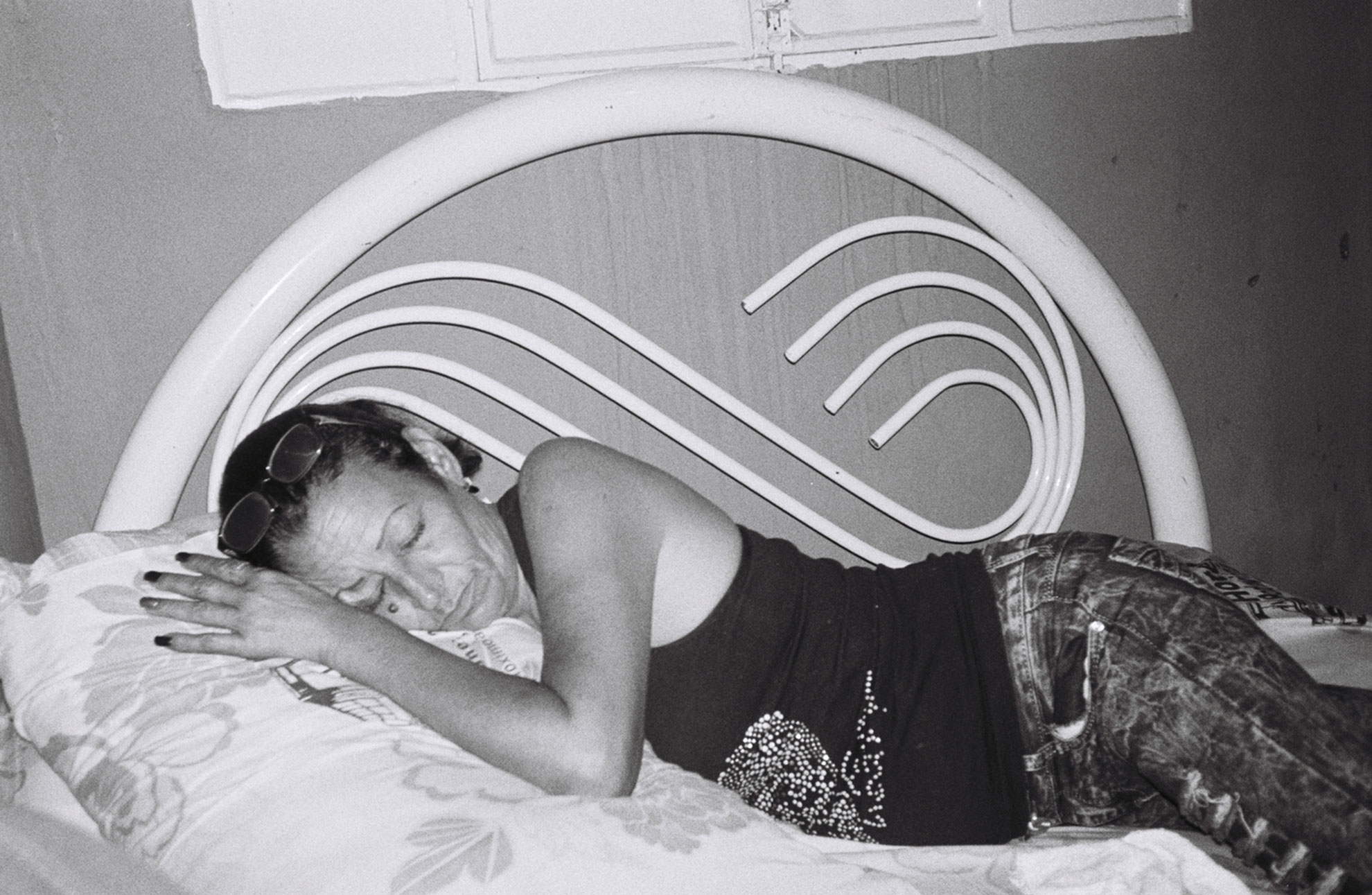 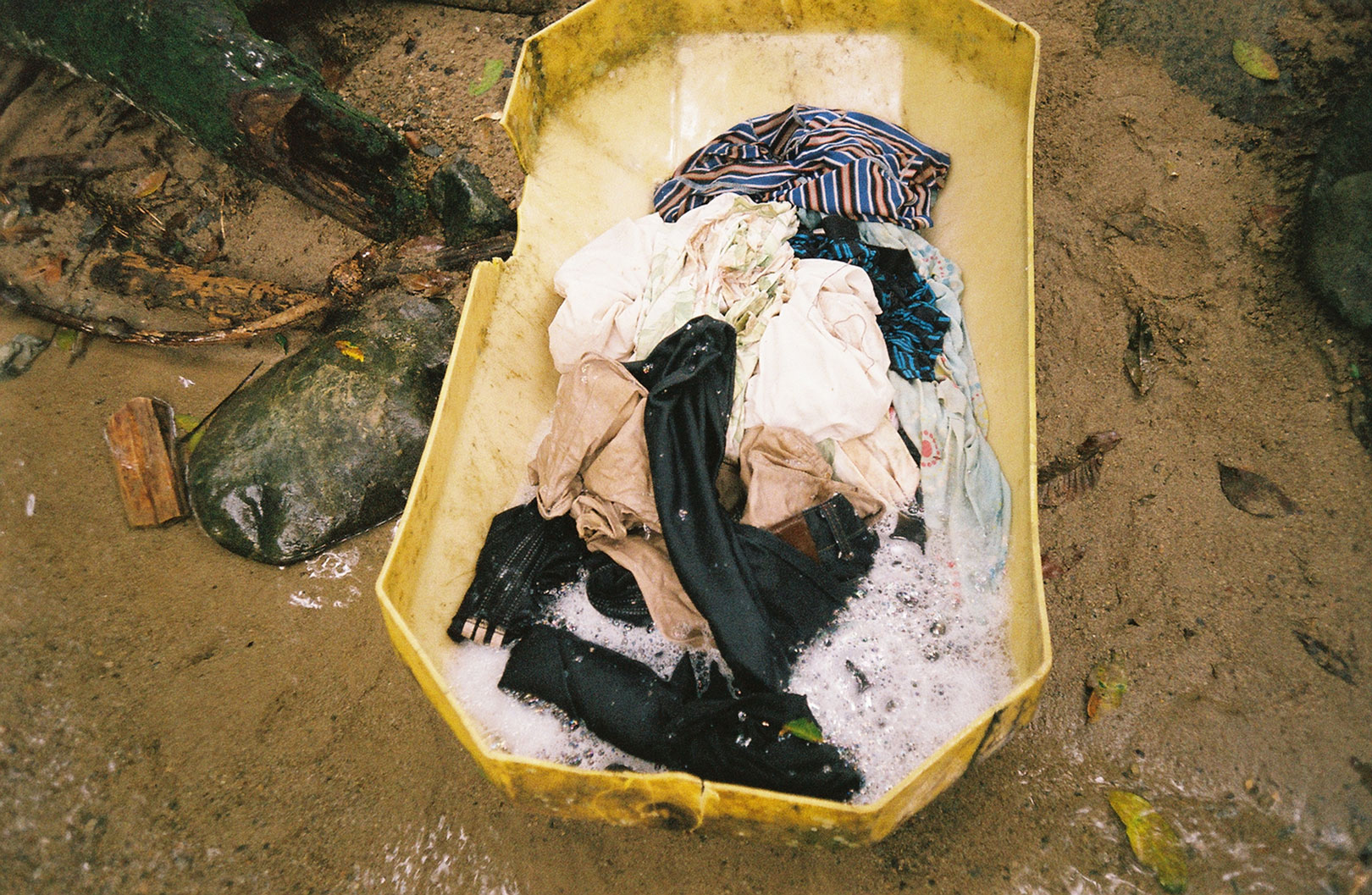 Together we made our way through the Darien Gap, a remote smuggling corridor between Panama and Colombia. Usually, we were the only women among groups of up to 50 migrants and jungle guides. After six days in the Darien, we thought the worst was over. We made our way to Costa Rica and were dropped off in the middle of the night at a defunct motel with about 20 Cuban migrants sleeping on mattresses across the floor.

The following day Liset realised that Joey, her boyfriend, could only send enough money for her, but not Marta. Her plan was to send for her friend in the following days. When Marta found out, she flew into a rage. She turned me in to the smugglers, telling them that I was a journalist working to expose them. I had no idea what they would do. 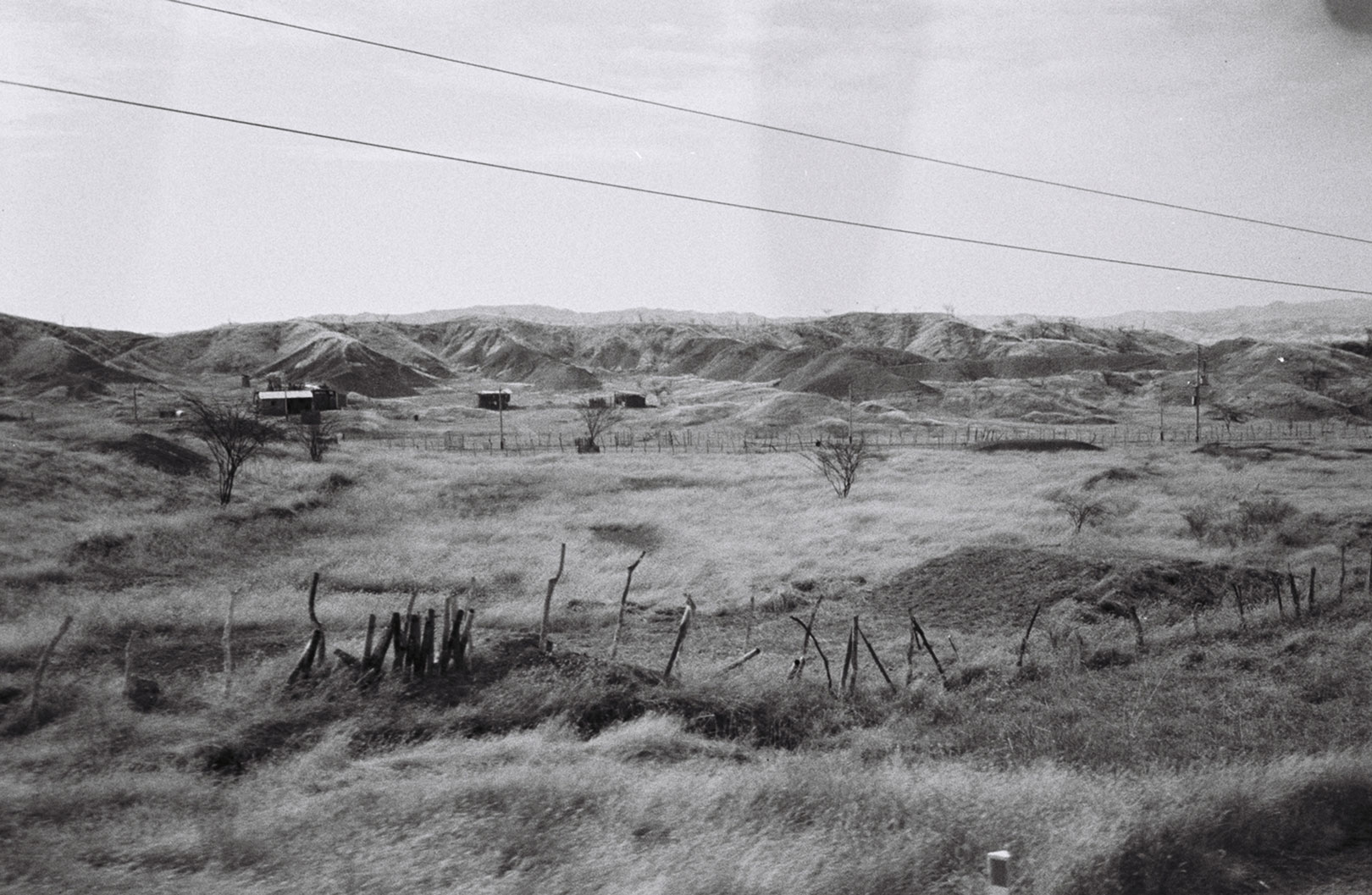 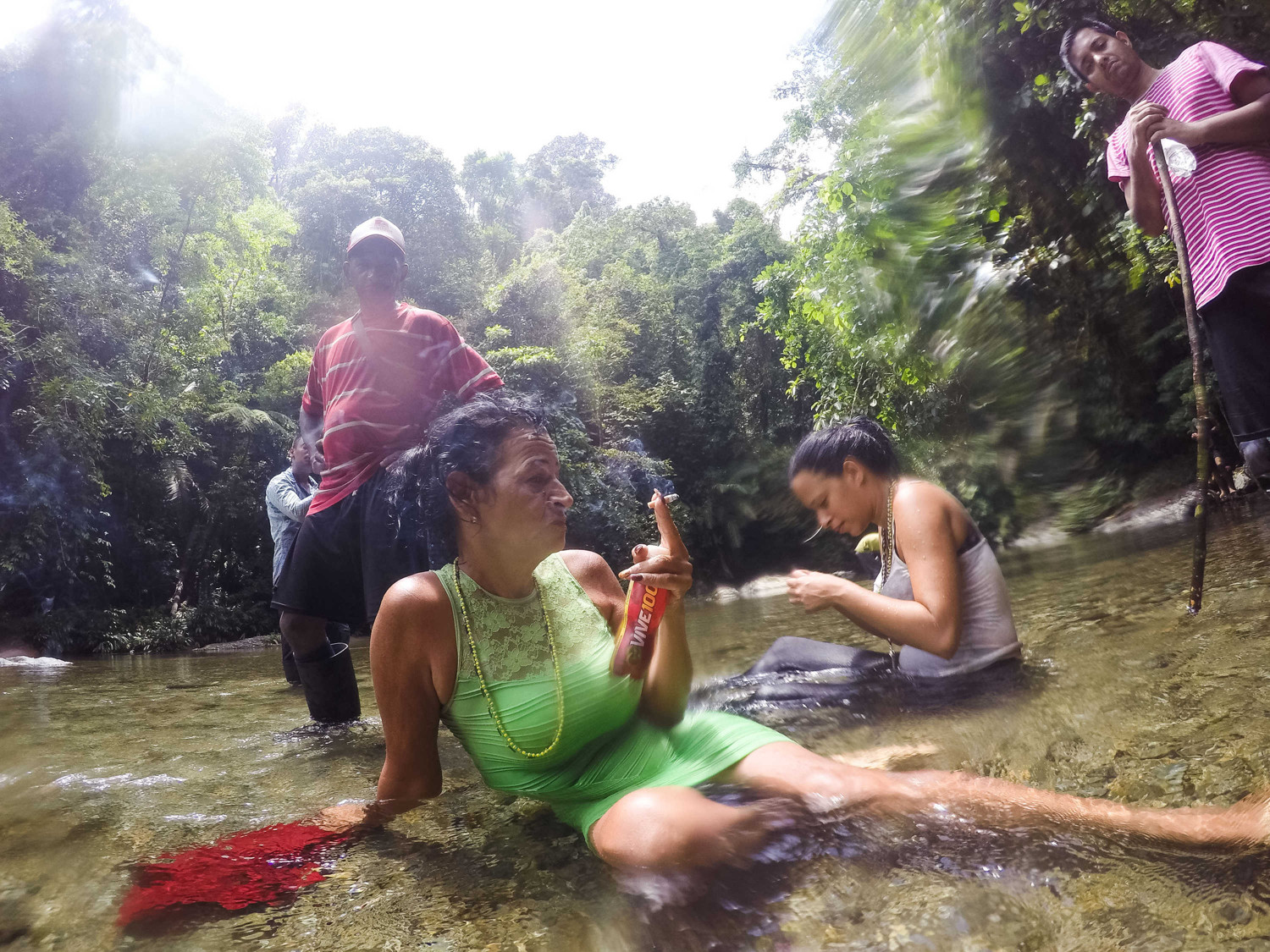 June 12, 2016 – Marta and Liset resting in the river after a treacherous crossing.

The smugglers sat me down and asked me plainly to explain myself. When I admitted I was a journalist, the leader took me aside and said, “You’re lucky you told the truth. I was told to tie you to a bed and… I don’t even want to tell you what else.”

My colleagues saved my life that day. They were on hand to answer my terrified texts and urged me to be honest about what I was doing there.

After this, the smugglers tried to separate me and Liset, but we fought to stay together. They asked me to leave my computer and camera behind (which I got back later in the US), and drove us to a quiet stretch of highway. Luckily, they let us go. 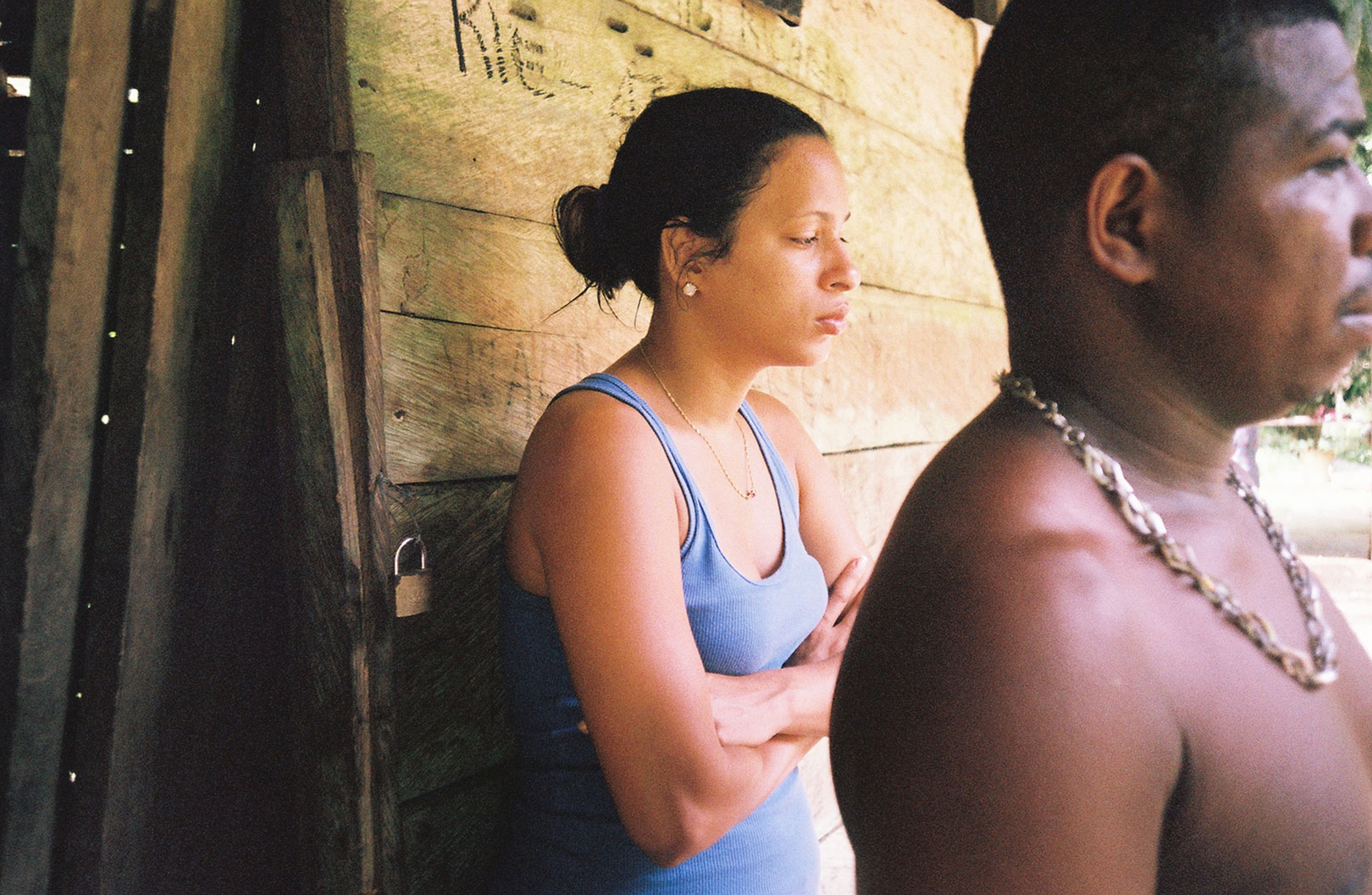 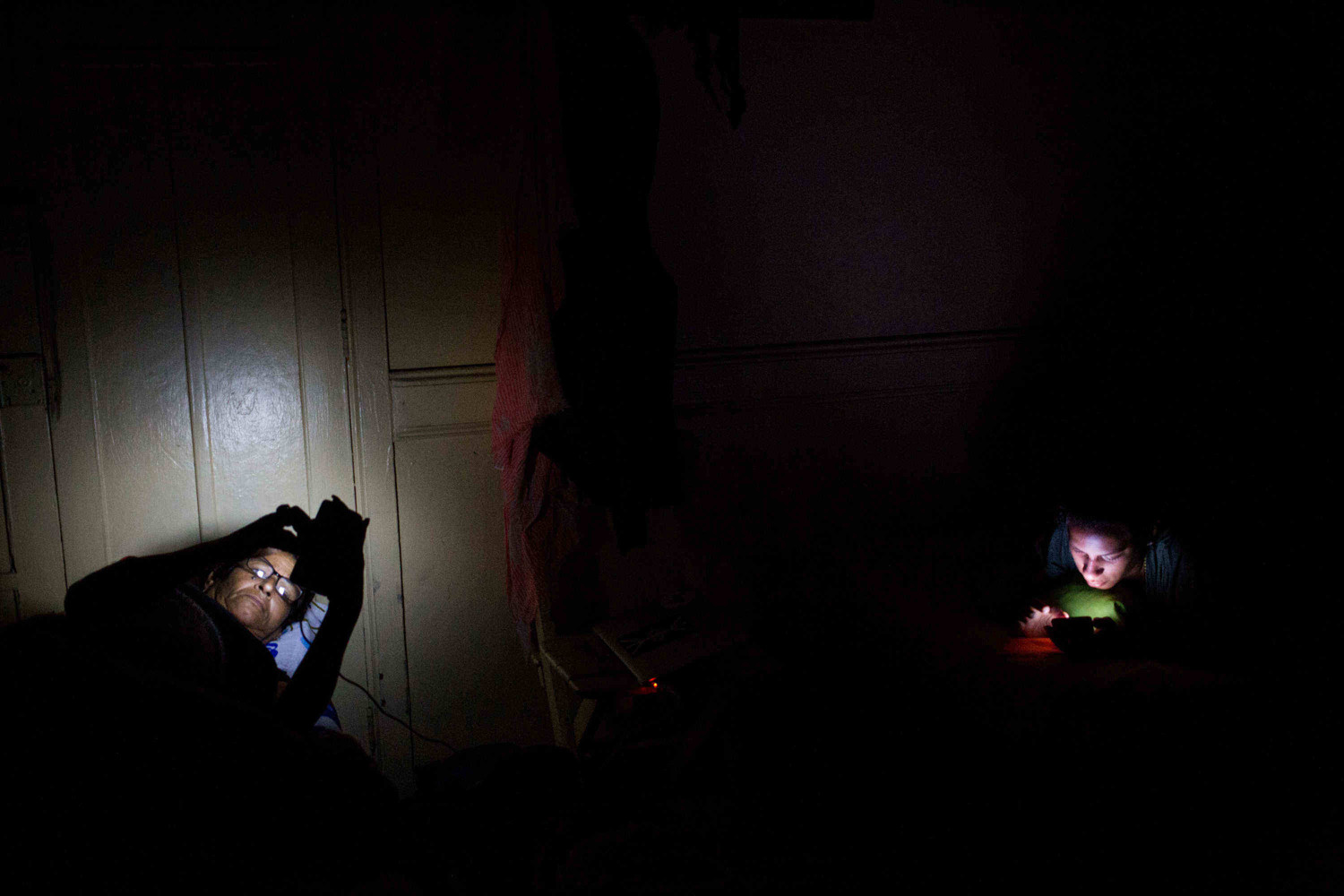 Marta and Liset check their phones in Lima after a long bus ride through Peru.

We spent the next several days in the Nicaraguan countryside without food or water. We had to keep each other standing at times. After crossing into Honduras at night, holding hands with migrants from Nepal and other Cubans, the rest of the journey was only a few days of flights and buses to Texas.

There is debate among journalists about where to draw the line. Ethics are of utmost importance to me. But as a photographer, there was no way to document this story without putting myself in their shoes. Naturally, I grew close to the women I photographed. We relied on one another completely; we shared experiences that I have yet to digest. As journalists, we can’t deny that we are also human – and at times that will take precedence. 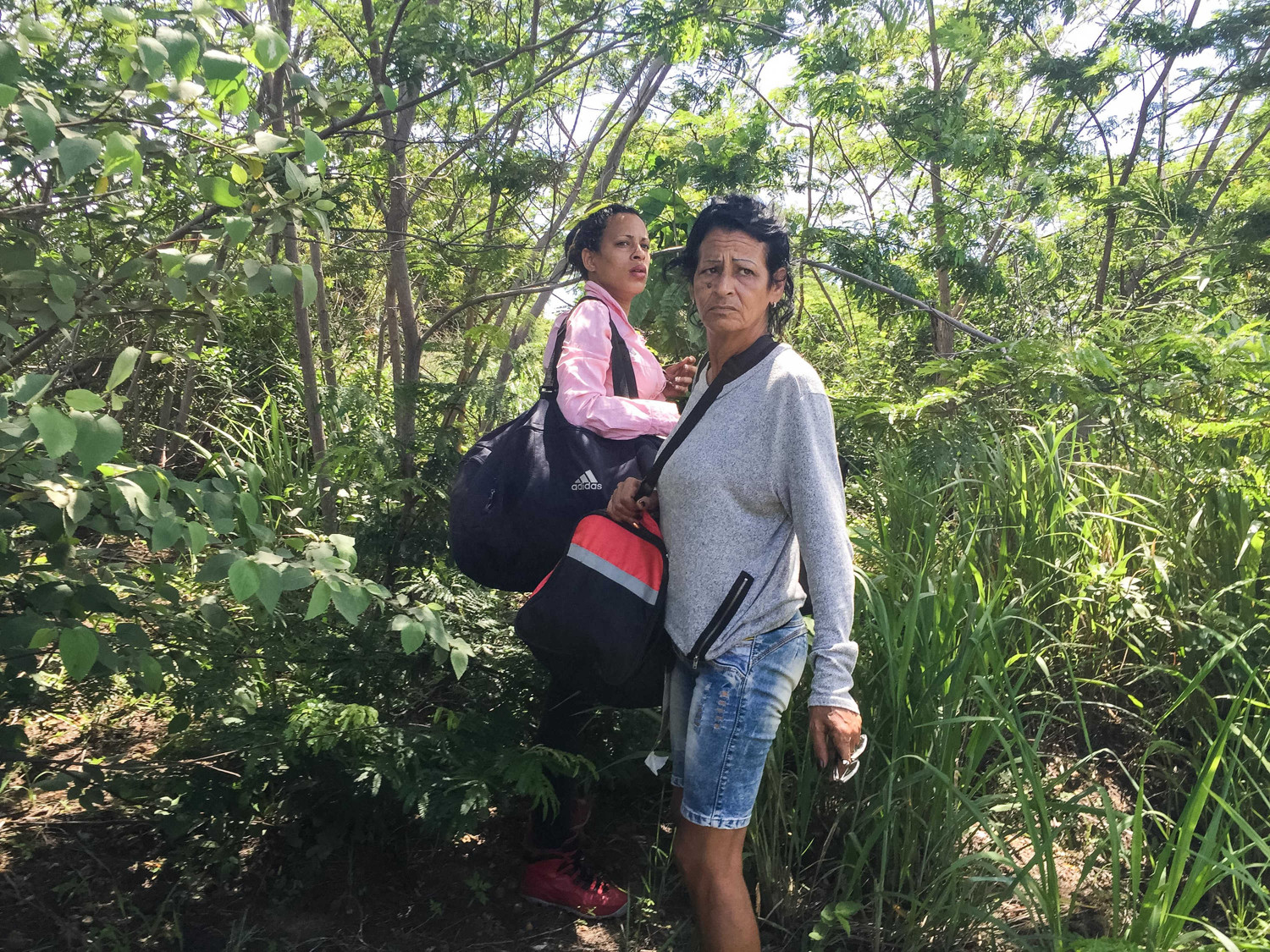 May 14, 2016 – After crossing into Brazil, Marta and Liset wait nervously for the signal to run to awaiting cars. 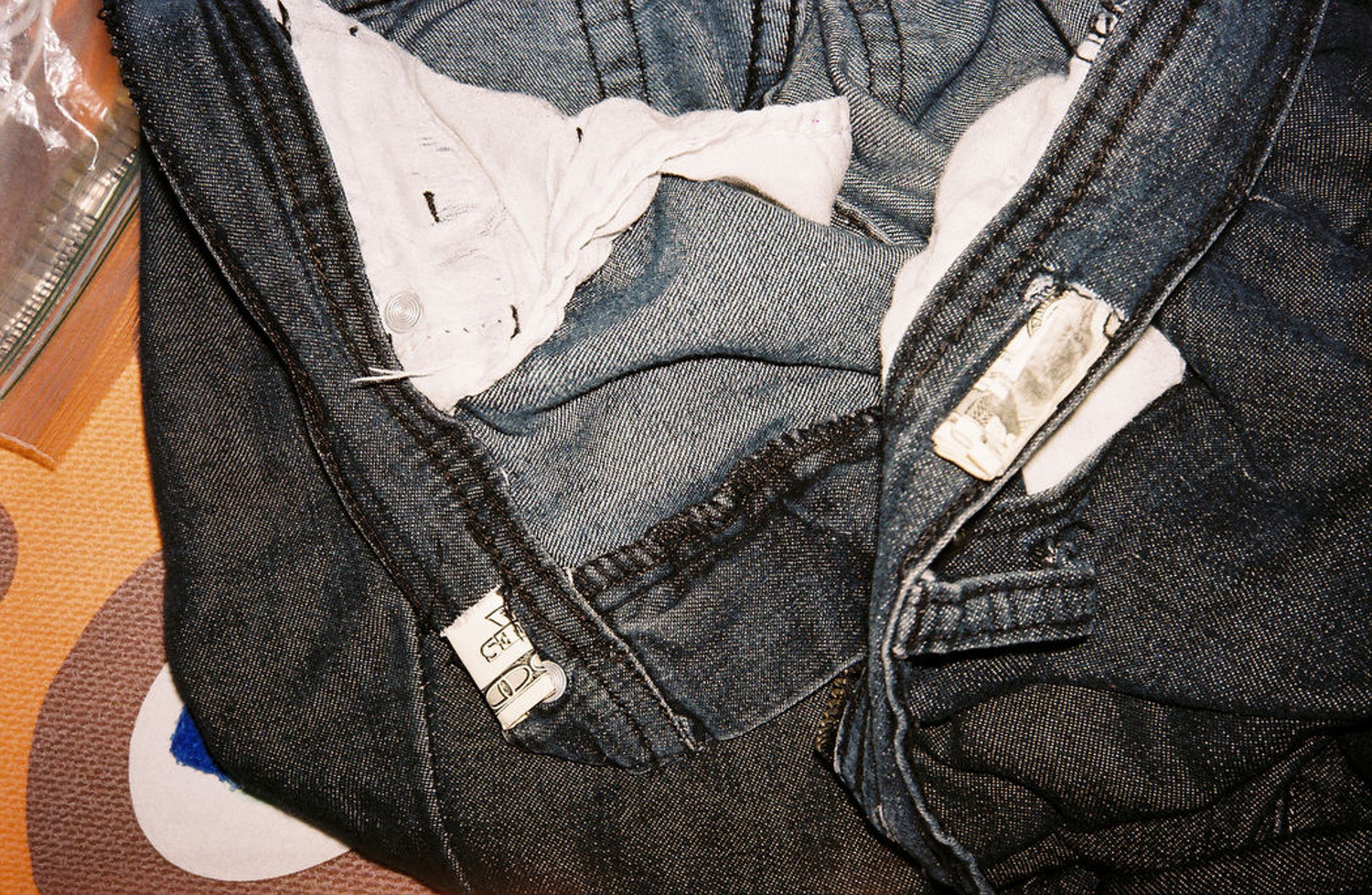 Hiding money in our pants, Colombia.

Since working on this story, I have a newfound respect for migrants who leave home in search of a better life. I am in awe of their will to survive and have seen first-hand their ability to laugh in the face of fear and make the best out of tough situations. I hope the work humanises the migrant experience for those who detach from this global crisis and choose to turn a blind eye.

Marta traveled with the next group of migrants and crossed into the US 12 days after Liset. They have reunited and are now friends.

A Migration Story will be published by Red Hook Editions in 2018. Find out more about Lisette Poole.

Buy a limited-edition print by Lisette Poole from our printshop, or see her work in Rule-Breakers: The Exhibition, showing at 71a London until December 22.

Linkedin
RELATED ARTICLES
OTHER ARTICLES
Tristan O’Neill’s shots of dancers caught in moments of reverie at the height of rave’s golden age are a testament to the UK’s legendary club culture.
Activists and campaigners are fighting back against new laws that would seriously undermine the ability to take industrial action, calling it an attack on fundamental workers' rights.
After building his reputation covering the US civil rights movement in the 1960s, the photographer went on to produce some of the most enduring images of the past century.
A recent High Court ruling against the right to wild camp in Dartmoor National Park sparked the largest land protest in history – and campaigners say their fight is not over yet.
Social prescribing connects people with non-medical support to improve their health and wellbeing – but some experts worry it’s just a stick plaster solution.
The action took place in response to the 200 asylum-seeking children who were placed in hotels run by the Home Office who have gone missing.