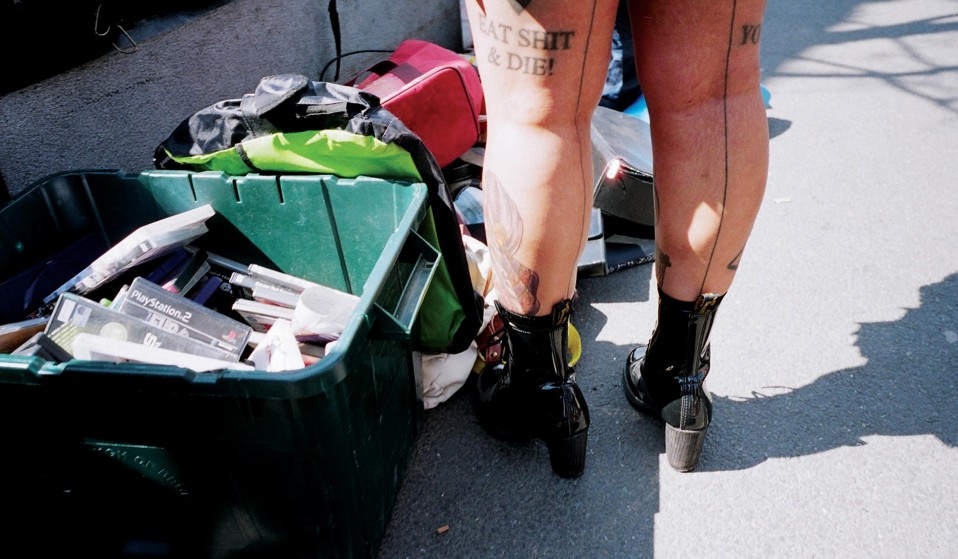 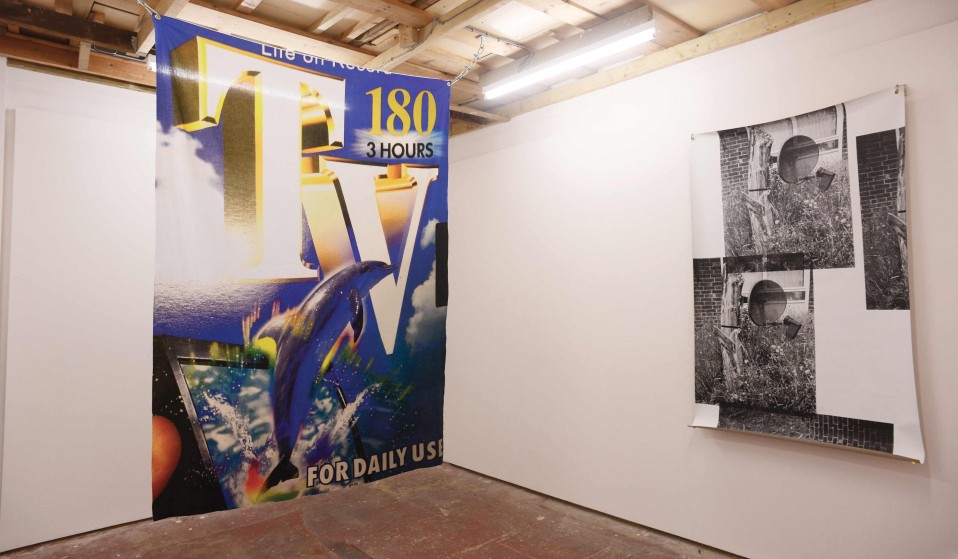 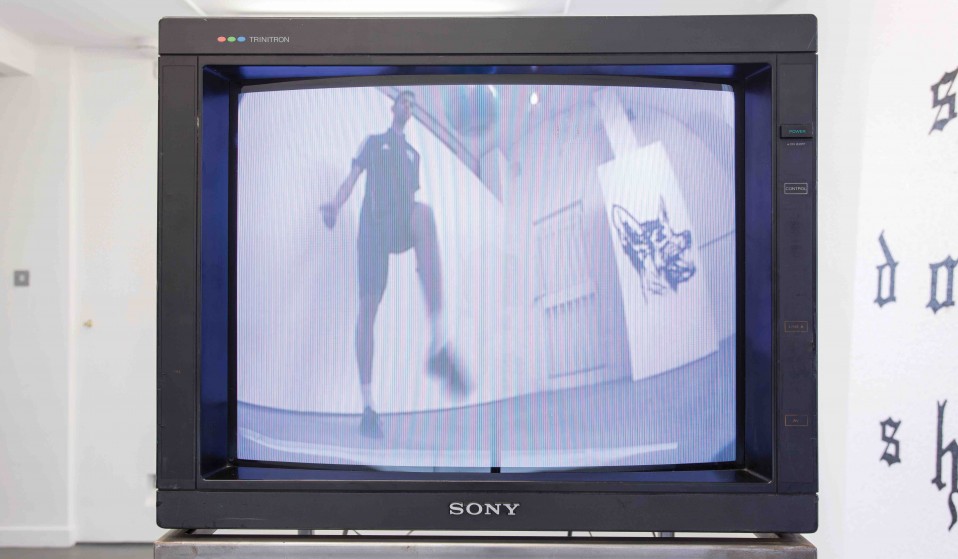 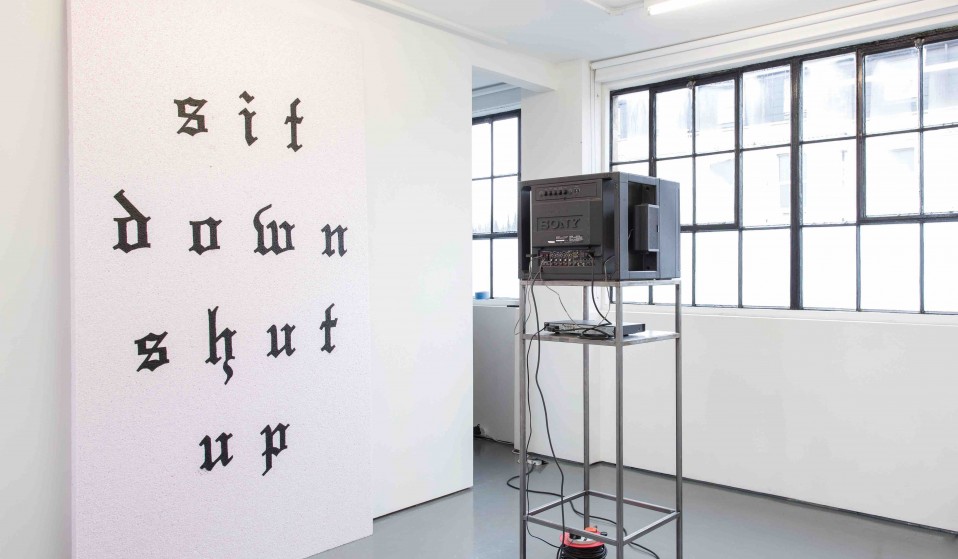 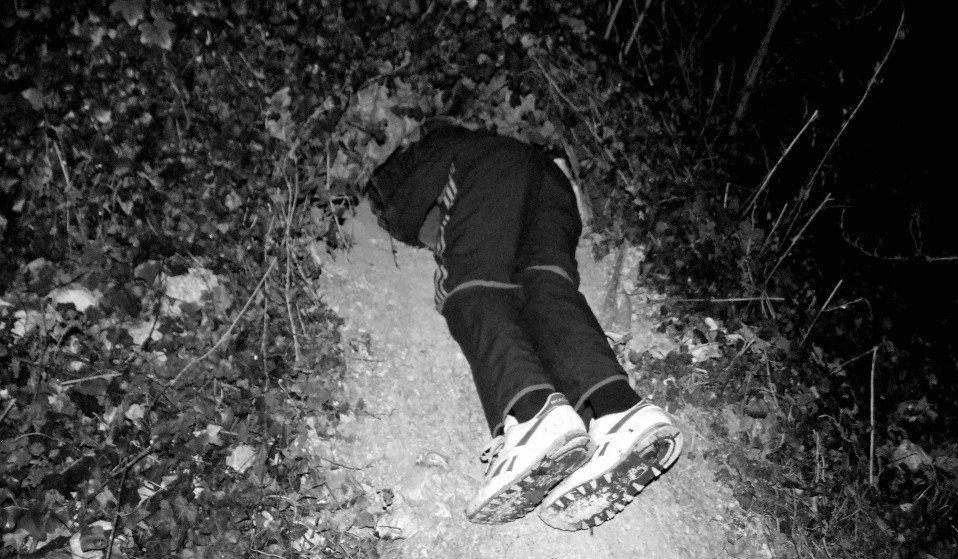 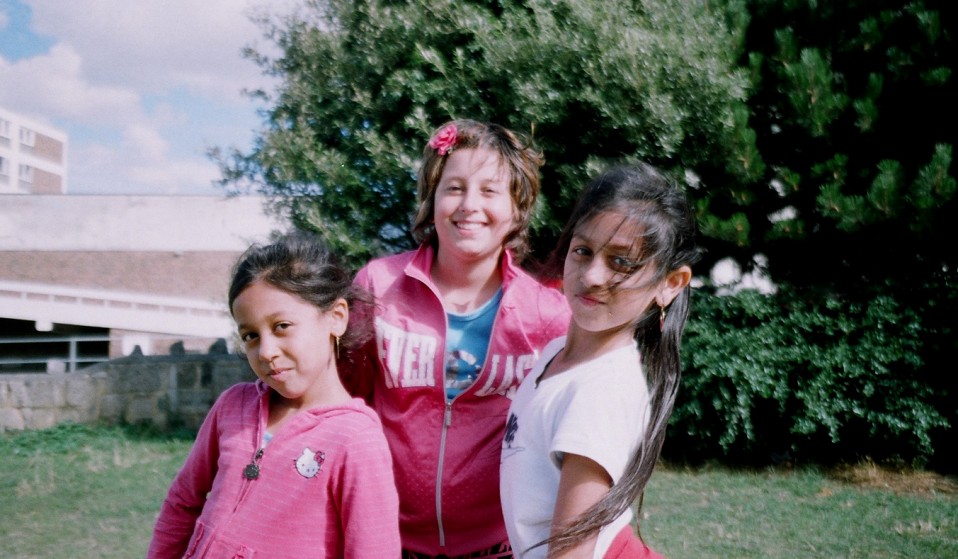 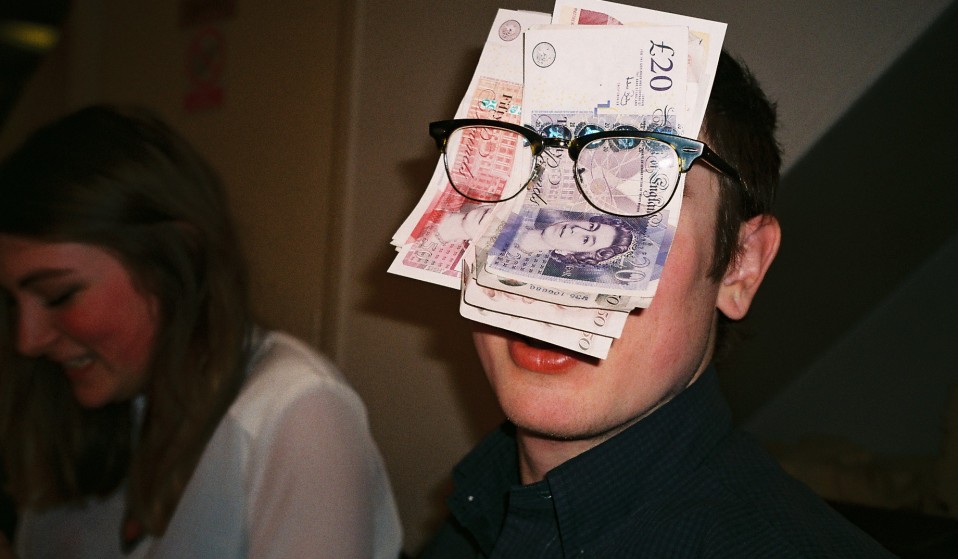 Born in Margate, photographer Luke Overin has long studied the weirdness and eccentricity of the British Isles. Now based in South London, he often shares his distinctive lens on the confusion and contradictions modern life at DIY spaces across the capital.

His new show Ultimate Metal Breakdown is part of IPF – Independent Photography Festival and opens at Huck’s 71a Gallery on Friday November 20, 6-9pm. He’s also doing a Print-A-Tee Workshop at House of Vans on Saturday November 28.

We reached out to Luke to find out more.

What is Ultimate Metal Breakdown all about?
Ultimate Metal Breakdown is the name of my new exhibition at 71a Gallery. The show gives the viewer a guide though a dystopian world where endless retail parks and suburban cul-de-sac’s merge with heavy metal, snapshots of youthful escapism and familiar graphic slogans. The show forms a visual narrative out of the combination of these things and the resulting tension between these conflicting notions.

My documentation and relationship with my birth-town of Margate provides the photographic foundation for the show, the imagery and ideas are then dismantled through various printmaking processes. The title of the show is taken from an old YouTube fan video for Slayer’s ‘Angel of Death’ where during the breakdown part of the song, multi coloured Comic Sans text proclaiming ‘Ultimate Metal Breakdown’ flashes on the screen.

I thought it was funny, imagining all those metal heads out there making their own fan videos to their favourite songs and despite starting out as an in-joke, I think the title has universal connotations, especially to people who might have been involved in subcultures over the course of their lives. 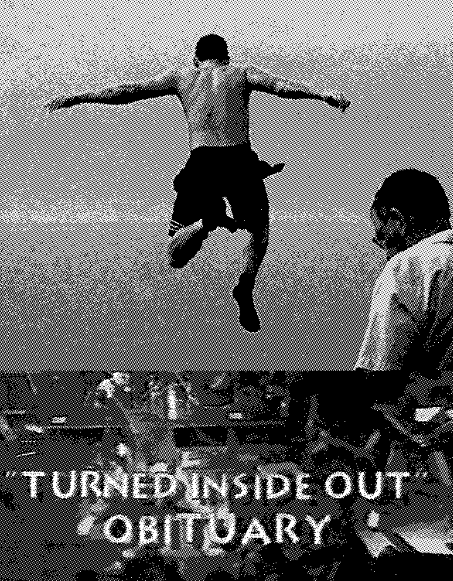 You’re not a pure skate photographer, but you can see skateboarding’s fingerprints all over your work. Could you talk about more about how skateboarding and photography fit together for you? How has skateboarding influenced the work you make?
It’s an age old cliche that’s been said over and over, but without skateboarding I wouldn’t be making work, exhibiting or releasing books today. It’s a gateway drug if you get what I mean, opening the floodgates to all the other things that run concurrently alongside it.

If I saw a skate photo with someone wearing a Circle Jerks shirt, I’d have to own a CD by that band by the end of that week. From that CD I’d check the thanks list or whatever and discover more bands or the artist who drew the sleeve. Then you begin to produce your own zines, prints or shirts, hustling them at to all the locals at the skatepark.

Myself and a select group of friends were doing this from an early age and I think it’s important to move into adulthood retaining this mentality, otherwise you might as well pick up a suit and go work in Canary Wharf. 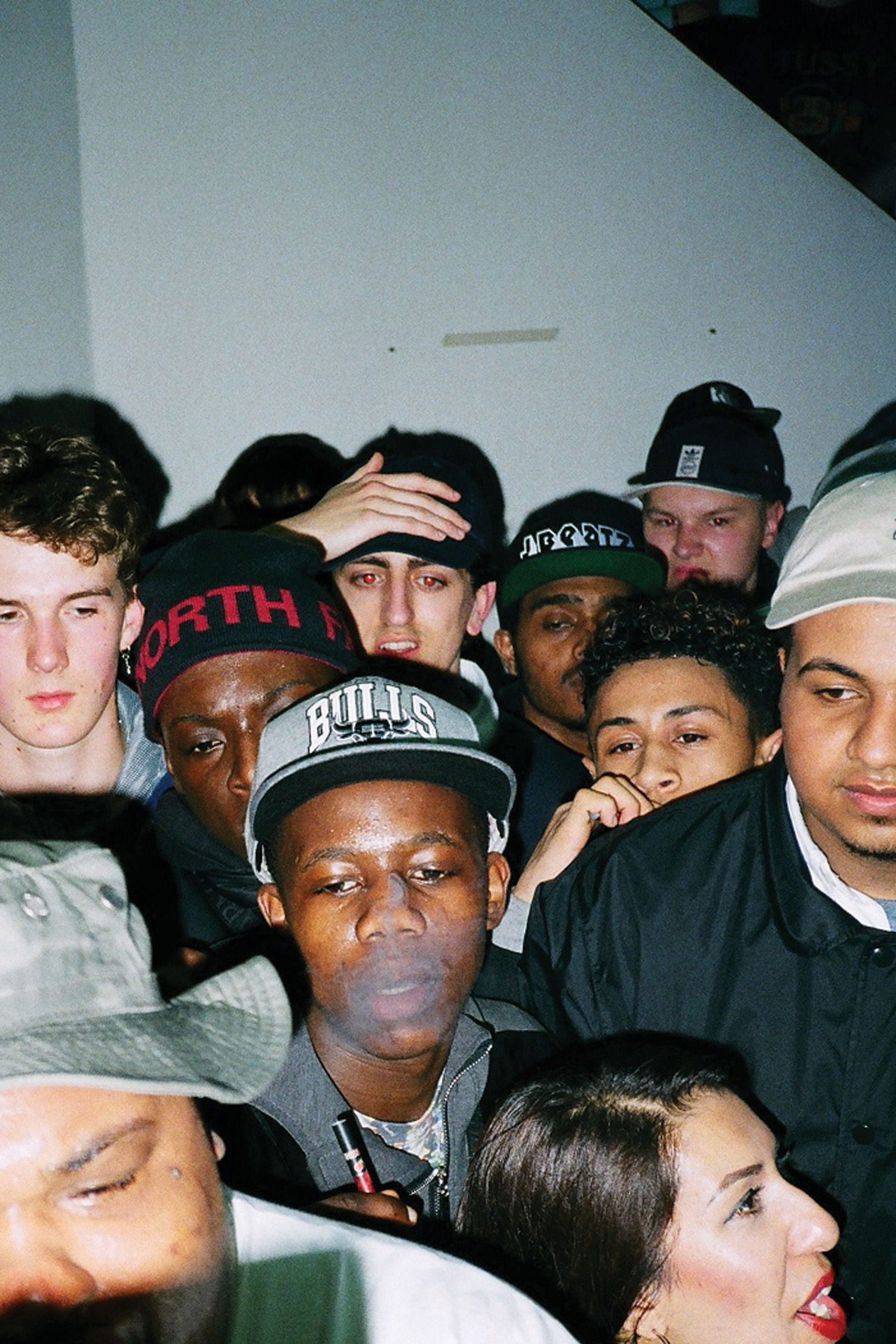 How did you get into silk screen printing and why do you like it as a creative medium?
I got into screen printing when the facilities became available to me, it was a quick way to produce multiples of the photos and drawings I was making at the time. I enjoy working with screen printing as you can give a new lease of life to an image through the process; appropriation of found images works perfectly within the process as well, it’s really autonomous and DIY too. 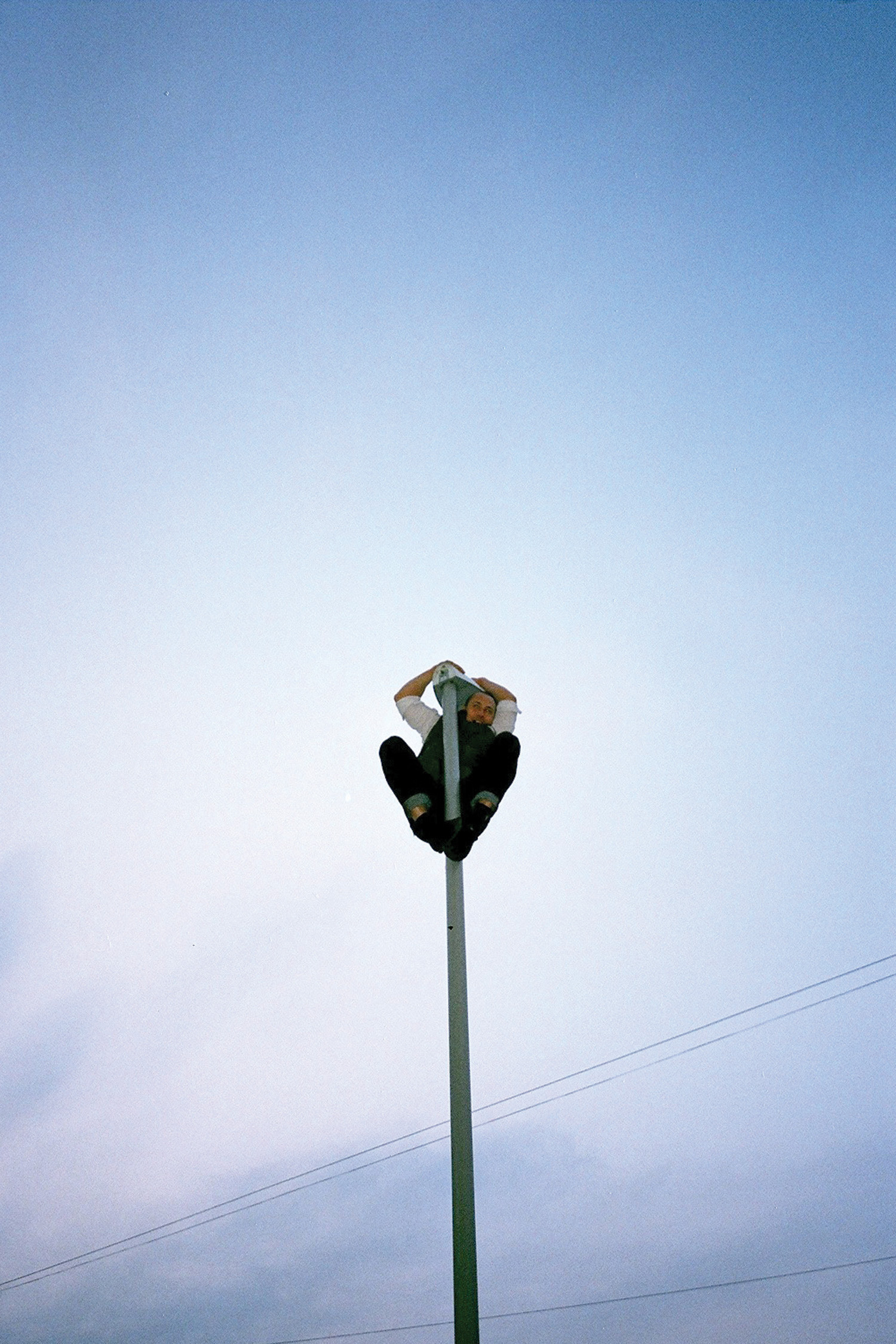 Why are you drawn to a more DIY approach/working and exhibiting in DIY spaces, etc. ?
In South London, these spaces are the cheapest, renting a space like a shop front is cheaper than a conventional space or gallery. I’m not rejecting galleries or clean white spaces, it’s more just about doing your own thing and finding an outlet in a city where it’s become increasingly difficult to arrange art or music shows and other similar events. 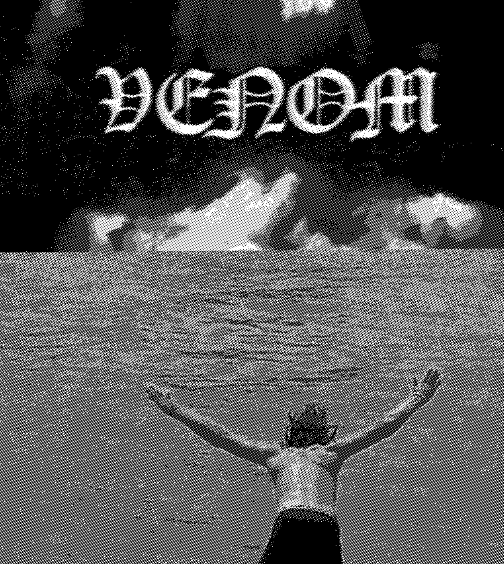 You’ve spent a lot of time exploring ‘Britishness’ through your work. What has photography allowed you to learn about Britain? Have you got any more big questions you need to answer?
Focusing on Britishness in some aspects of my work has taught me that we are proper weird, ritualistic and funny in our ways. Overall, it has actually confused me and it’s not something that’s as prevalent in my work currently, but still provides a foundation in my practice.

Being such a small island means we have our own unidentifiable set of codes and values, these feel unspoken but people just know, if you get what I mean. Britishness does not seem have to have one singular definition, no one person in Britain is the same or will have the same values, particularly in today’s society. I don’t know about big questions, but I’ve had a lot of missed opportunities shooting projects that I’d like to revisit. 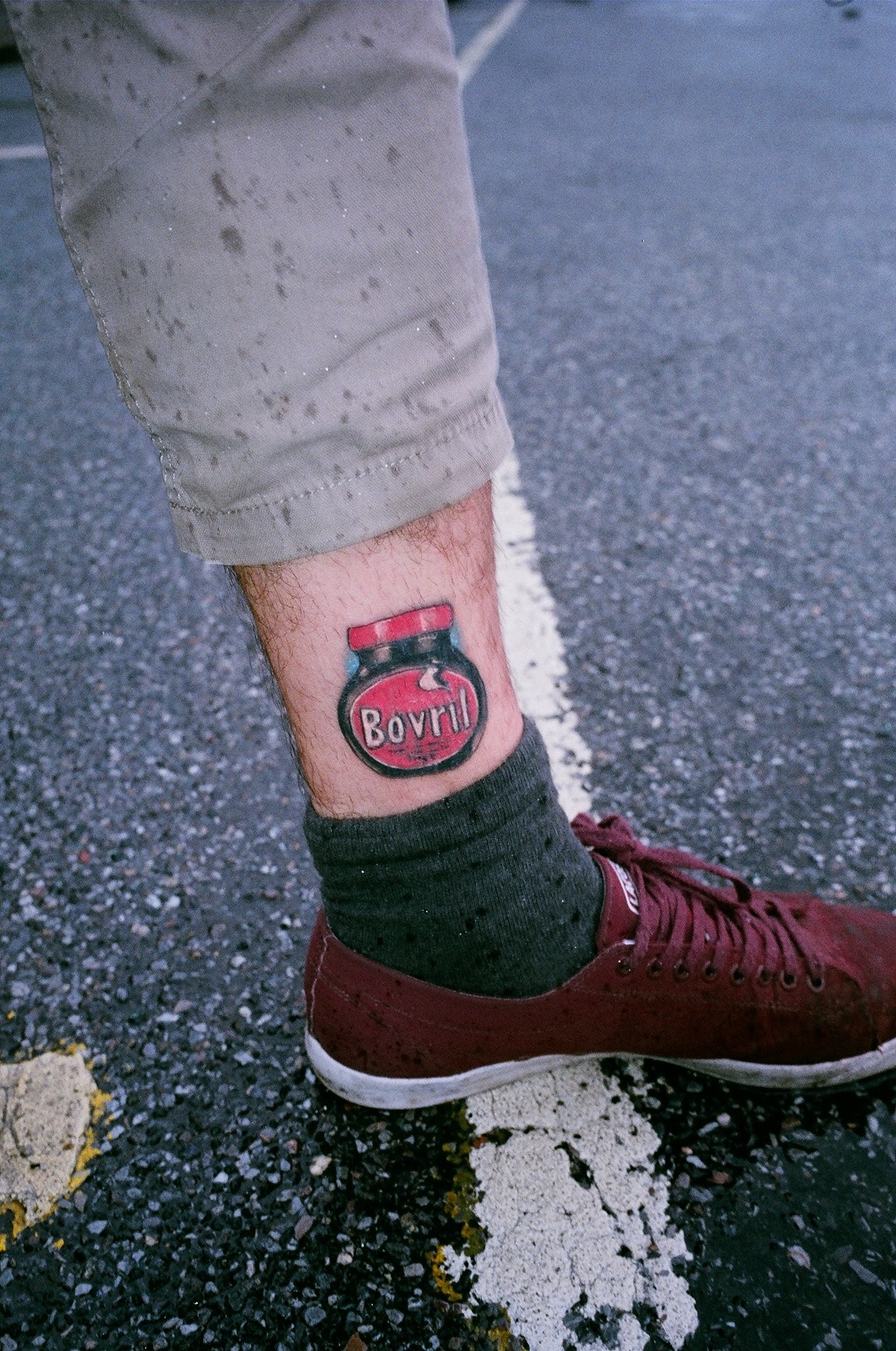 If your archive burnt down and you could only save one image, which would it be and why?
I have two huge sacred folders of my childhood drawings, I reckon I’d try to bend the rules a bit and grab one of those folders, or a singular image from it. I’d save one of those because they’re miles better than any work I produce today and it’s where it all began. 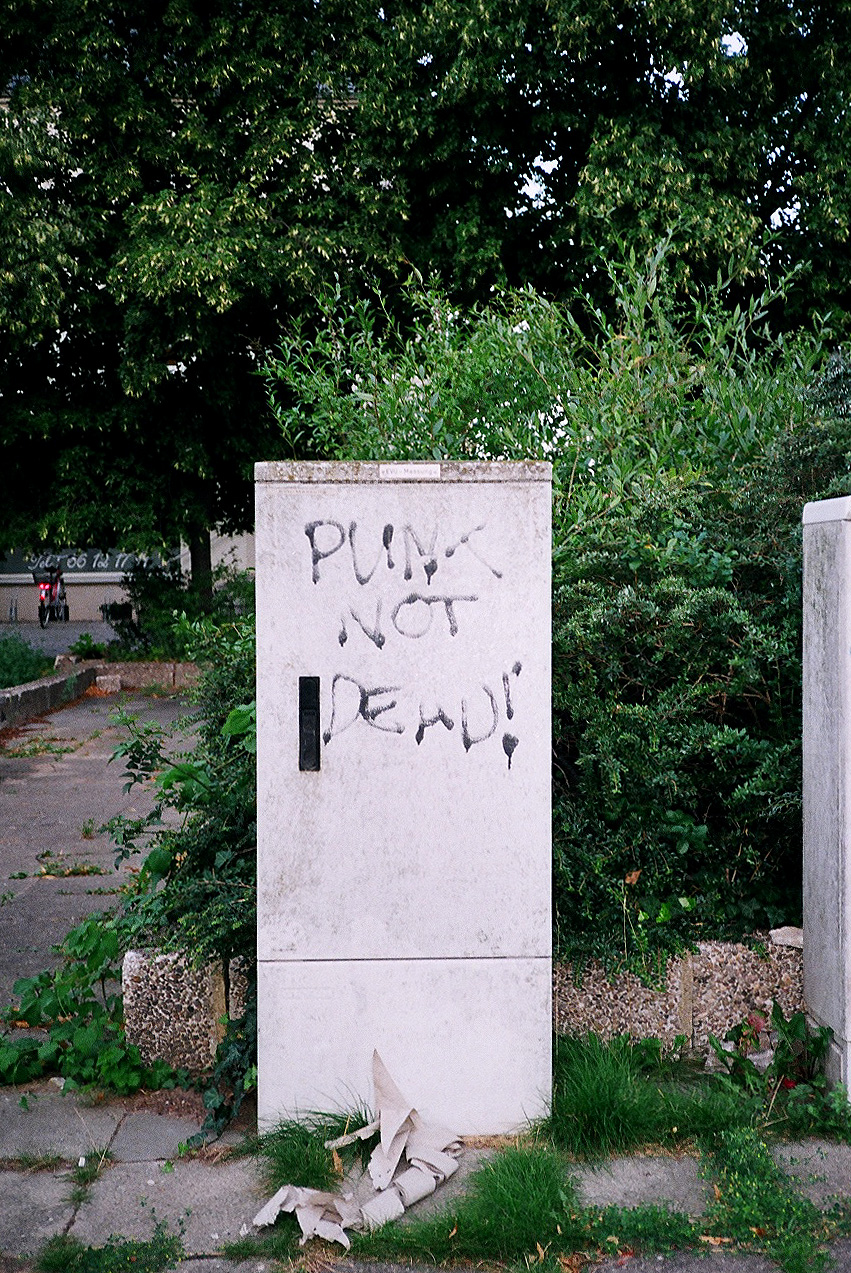 Which contemporary photographers get you most stoked or do you feel are doing the most interesting things with photography right now?
My friend recently bought me back a haul from the New York Art Book Fair, it had a bunch of books and zines by Cali De-Witt, Nina Hartmann, Nathaniel Matthews and Taylor Doran in it. That seems like a pretty solid collective of artists from the U.S. and they are all well prolific with their outputs. I like people bending the rules with photography and funnelling photographic processes through other mediums, I like Peter Sutherland and Leo Gabin a lot.

As part of the IPF festival my show falls a week before Pani Paul’s Mile End show and book launch. That has had me stoked recently, It’s a real ethnography of the area. The book is a document that should be preserved and looked at in 50 years time when all the skateparks in London have been paved over to make way for glass high rises for bankers to live in.

Linkedin
RELATED ARTICLES
OTHER ARTICLES
Our new magazine is here, starring the inimitable Mitski. Order your copy now and join us on a trip around the world.
The author discusses her blistering new novel about history, revolution and queer love.
The revered showbiz chronicler recalls his journalistic beginnings, documenting subcultural scraps in the ’80s.
From the Yakuza to a biker gang, Bruce Gilden recounts capturing Tokyo and Osaka in the ‘90s.
The government is scrapping the Human Rights Act in a move that will hit marginalised people hardest.
To mark the anniversary of the mass trespass of Kinder Scout, a group of hikers came together with the intent of creating a new, fully inclusive culture for rural spaces.