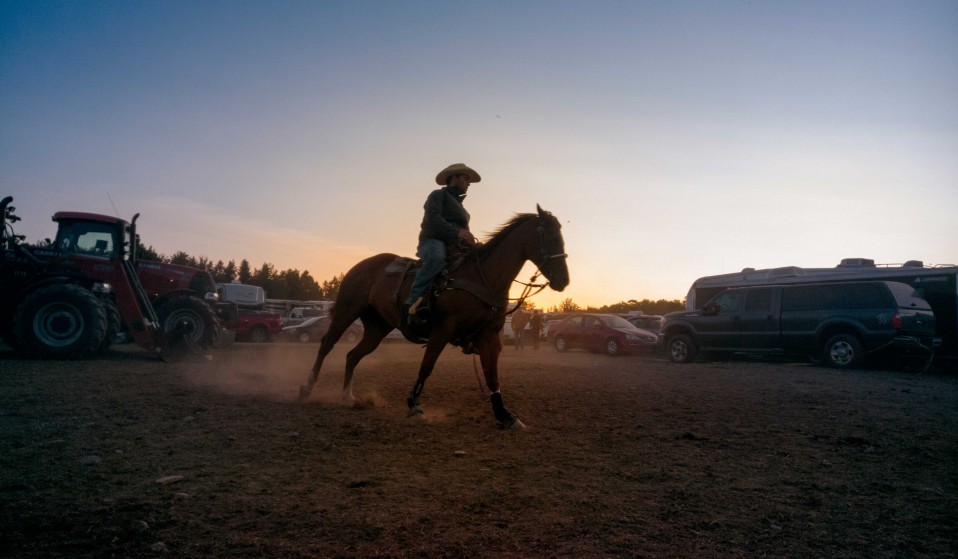 Inverness, a village of 800 in the heartland of Quebec, has always been a place of lore in my family history.

To make the most of his retirement, my father decided to leave his Montreal suburb apartment and relocate to Inverness. The decision wasn’t completely surprising. The hamlet was somewhat of an idyll in my immediate family’s history: my parents lived there briefly in the 70s, amidst other young couples in search of alternatives to the hustle and bustle of urban dwelling. Hippies, essentially − though there they were referred to as “Youks”, a name derived from how locals would wonder, in their patois, “where are they coming from and where are they going?”

At least, that’s what I’ve been told. 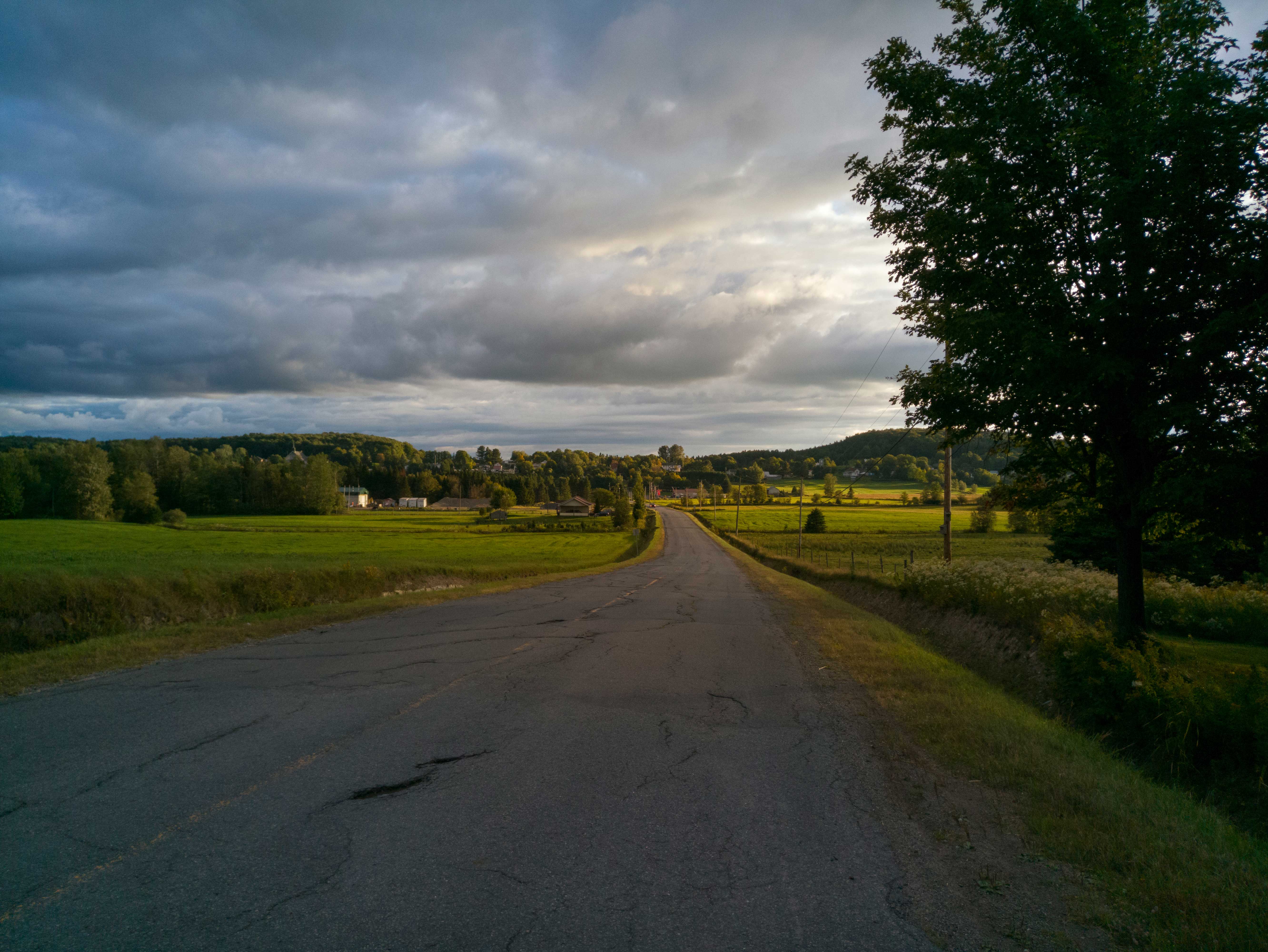 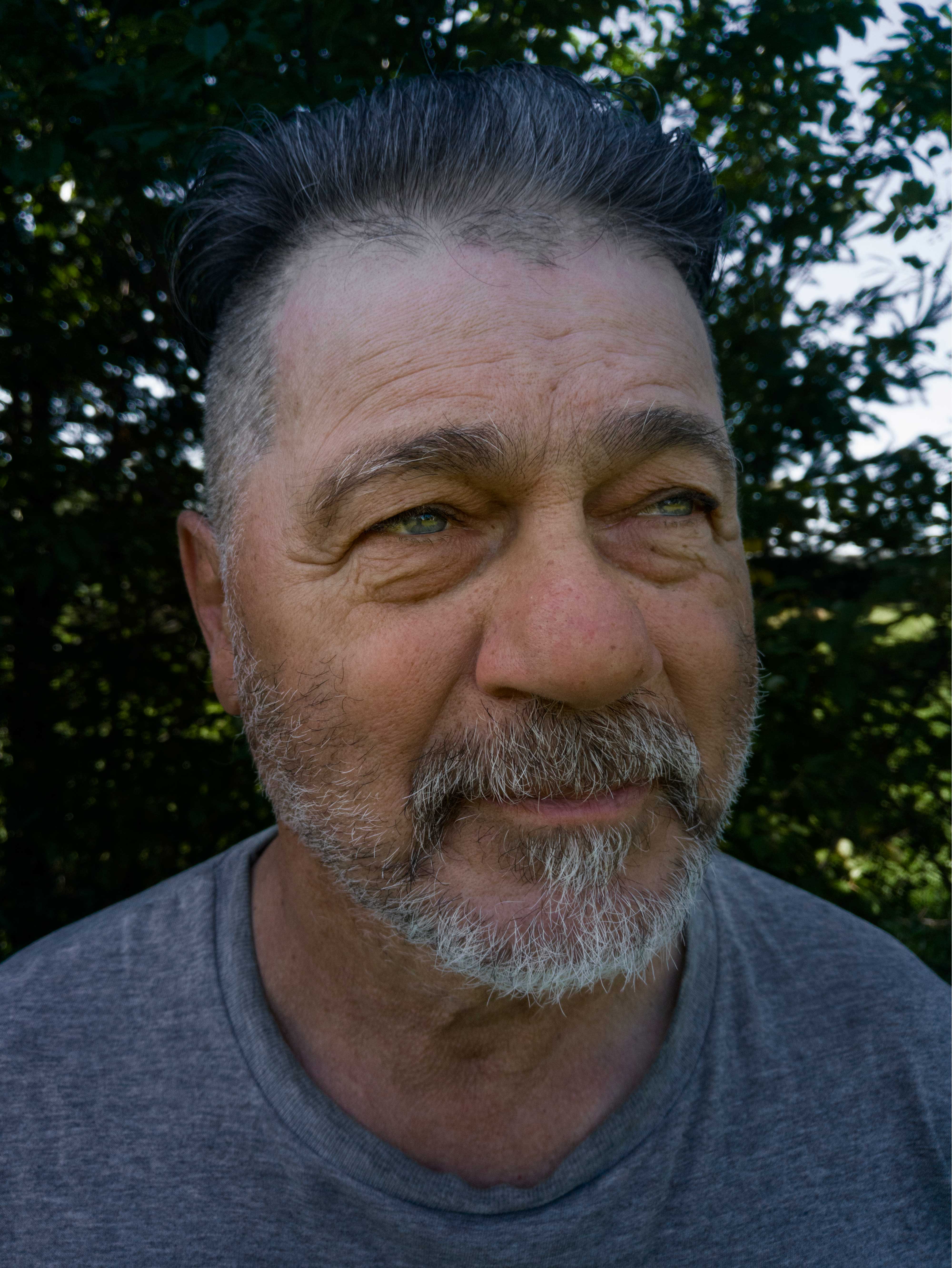 The story of Inverness is an oral one. You won’t find it in any major history books. Most of it is word of mouth, and when it is written, it’s as compendiums of family annals: sophisticated, thorough and often tedious genealogies. The best way to get a better sense of the place is to go knocking on doors.

Across from my dad’s lives Leonard Davidson. He’s been in the white wooden house with black trim for 45 years. His great-great-great-grandfather, who belonged to the Church of Scotland, was the first of the name to come to Canada. Like many Irish and Scots, he settled on the shore of the Bécancour River, amidst rolling hills that reminded them of home. 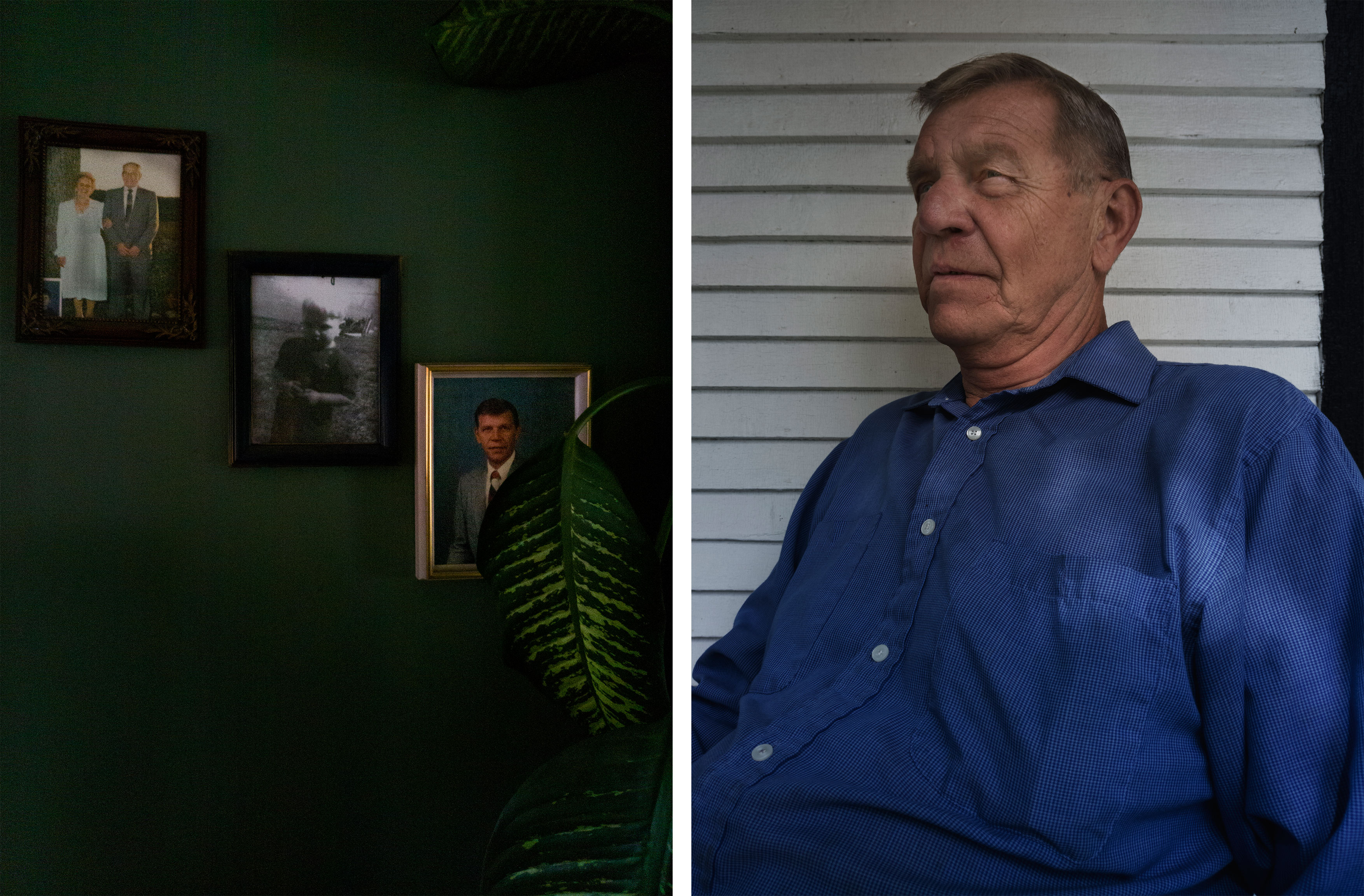 Leonard Davidson, a fifth generation Inverness resident, can trace his ancestry back to Georges Thomas Davidson, who belonged to the Church of Scotland and made the voyage to Canada in the 19th century.

Families who were evicted from the land they leased on the Isle of Arran, recounts Leonard, built Inverness. Their landlord, Duke Hamilton, promised them 100 acres in the new world and paid for half of their voyage aboard the Caledonia. Rumour has it that they were headed further inland, to Ontario, but a Quebec representative convinced them of the bounty they would find in the area.

Their first winter was miserable. Many died, despite the help of the Indigenous people who had long inhabited the area, the Abénakis. The names of the newcomers were McKillop, McMillan, McKelvie, McKinnon, and so on. None of the streets in the village honours them, yet there is a Hamilton Road. Here too, official history remembers the powerful. 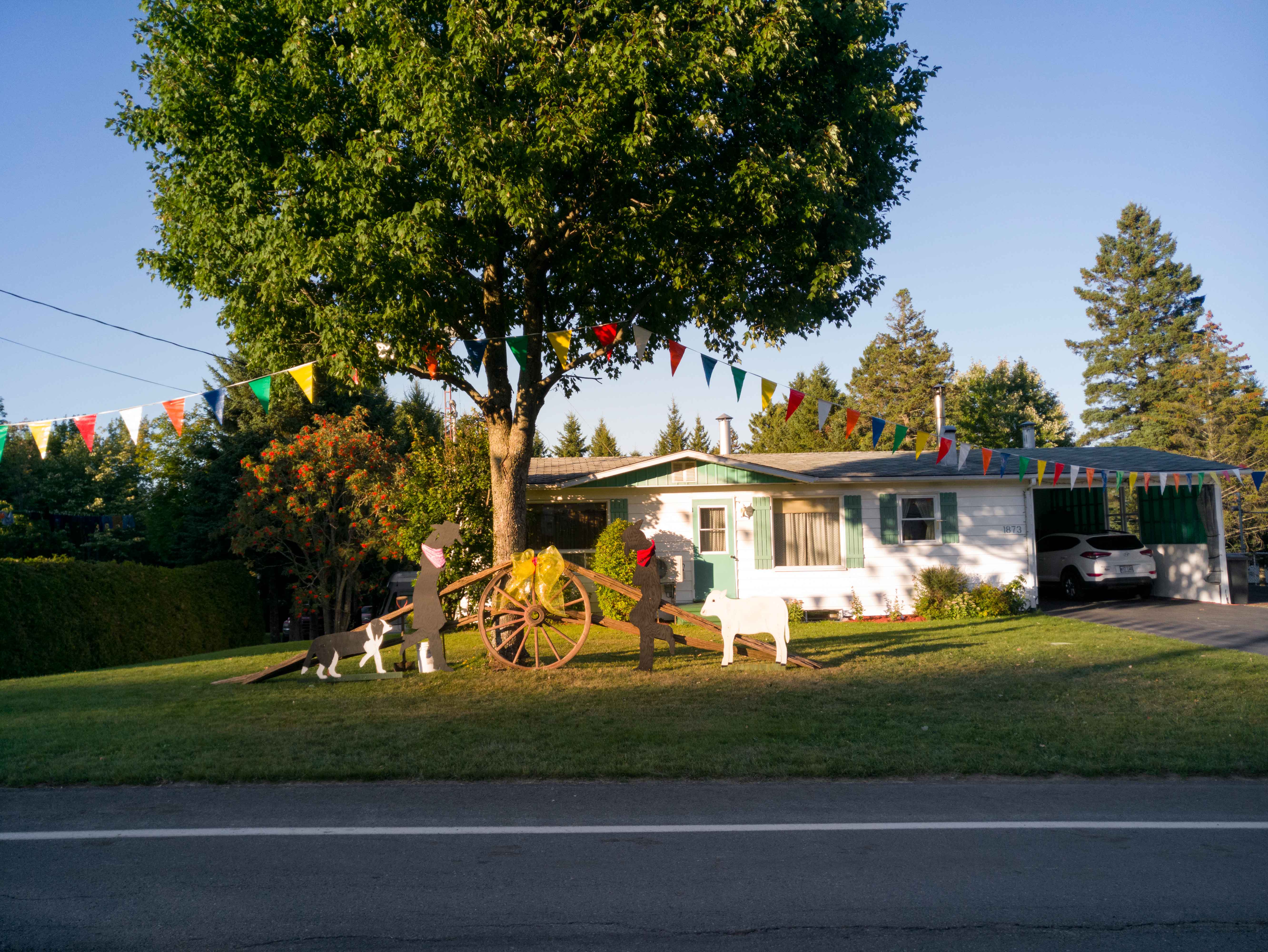 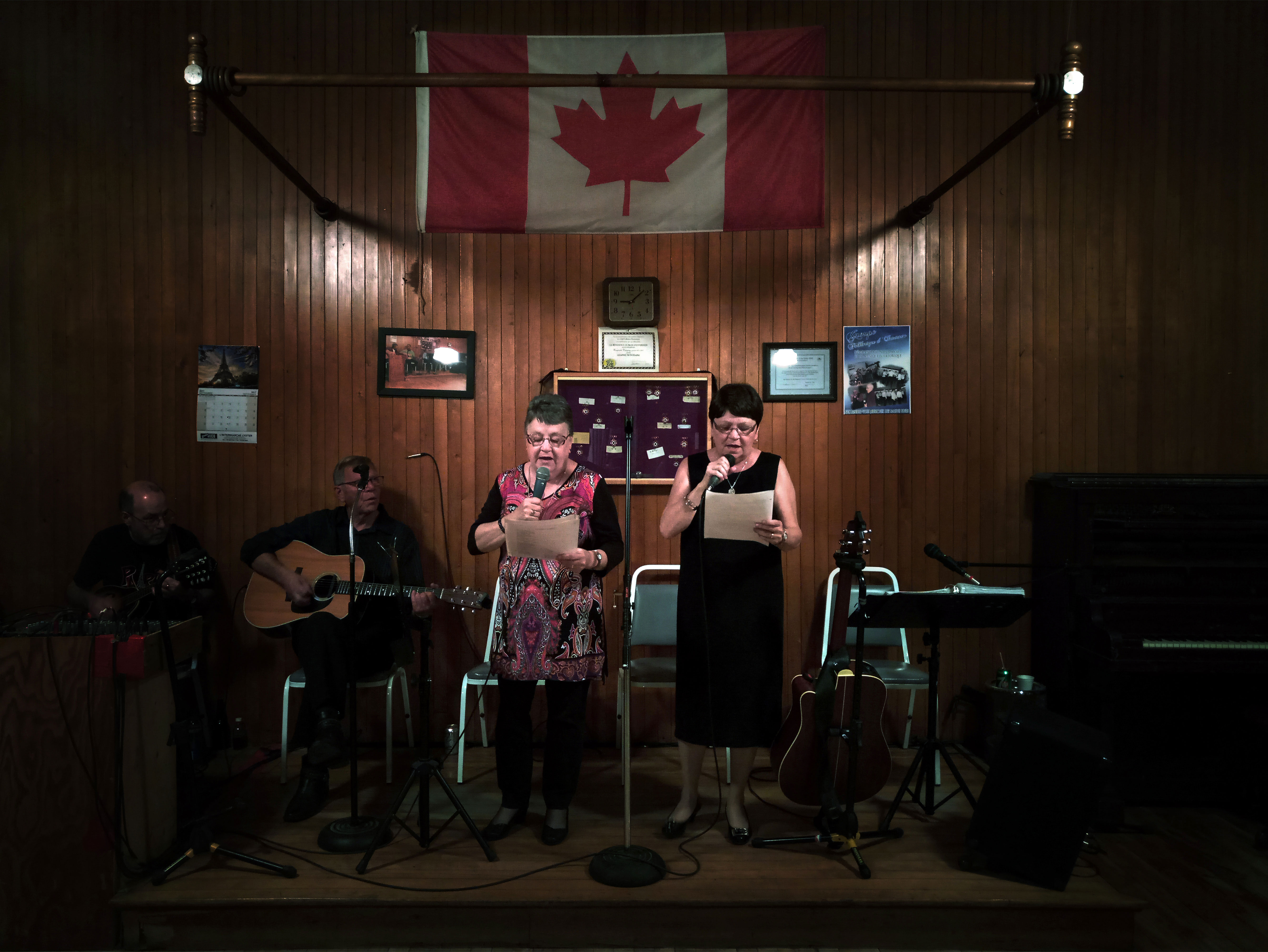 Every Friday, Leonard walks a few metres to the Odd Fellows hall, where he plays the guitar and the harmonica in a folk band with a repertoire of Scottish, Irish and French tunes. Under a portrait of a young queen Elizabeth II, a dozen or so line dance. “There used to be a lot of Anglophones,” he recalls, “but not so much anymore. There are barely any of us left.”

The demographic shift happened slowly. When Reverend Dickson took over the local Anglican mission in 1895, he had reasons to write, edit and distribute a regional edition of the Montreal weekly The Gazette. He kept it up for 11 years, overseeing over 580 issues.

“Exactly why he stopped remains a mystery,” says Mary-Ève Adam who uncovered the archive a few years ago after she bought the defunct rectory. The rooms were filled with objects from his time. “Each of them reflect the daily lives of the Scots at the turn of the century. Small, local stories help us better grasp history,” she adds. 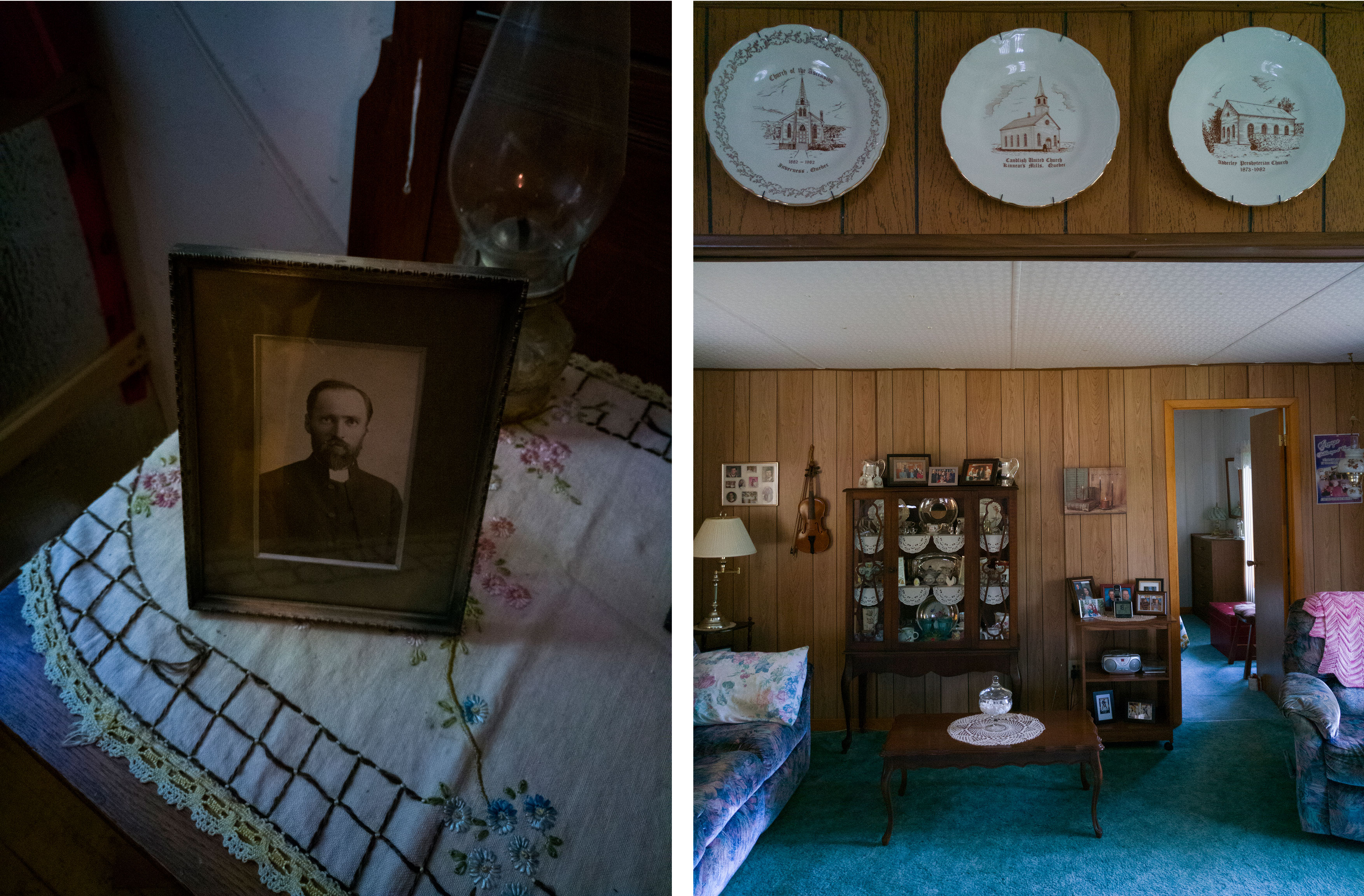 Portrait of Rev. Dickson who led the Anglican mission at Rectory Hill from 1895 until his death in 1915.
A collection of plates depicting local churches inside a private residence.
The Gazette, Mégantic Edition printed by local Rev. Dickson 1899 – 1911.

At about the time that the weekly folded, over half of Inverness’ population was now French. As English speakers migrated west, in search of greener pastures, the local lore goes, French farmers took over. The more came, the more English left, no longer feeling at home. It became self-perpetuating. By 1977 − the year that René Levesque, who fought for Quebec’s independence, rose to power − all but 5% of the residents in the township were Francophone. 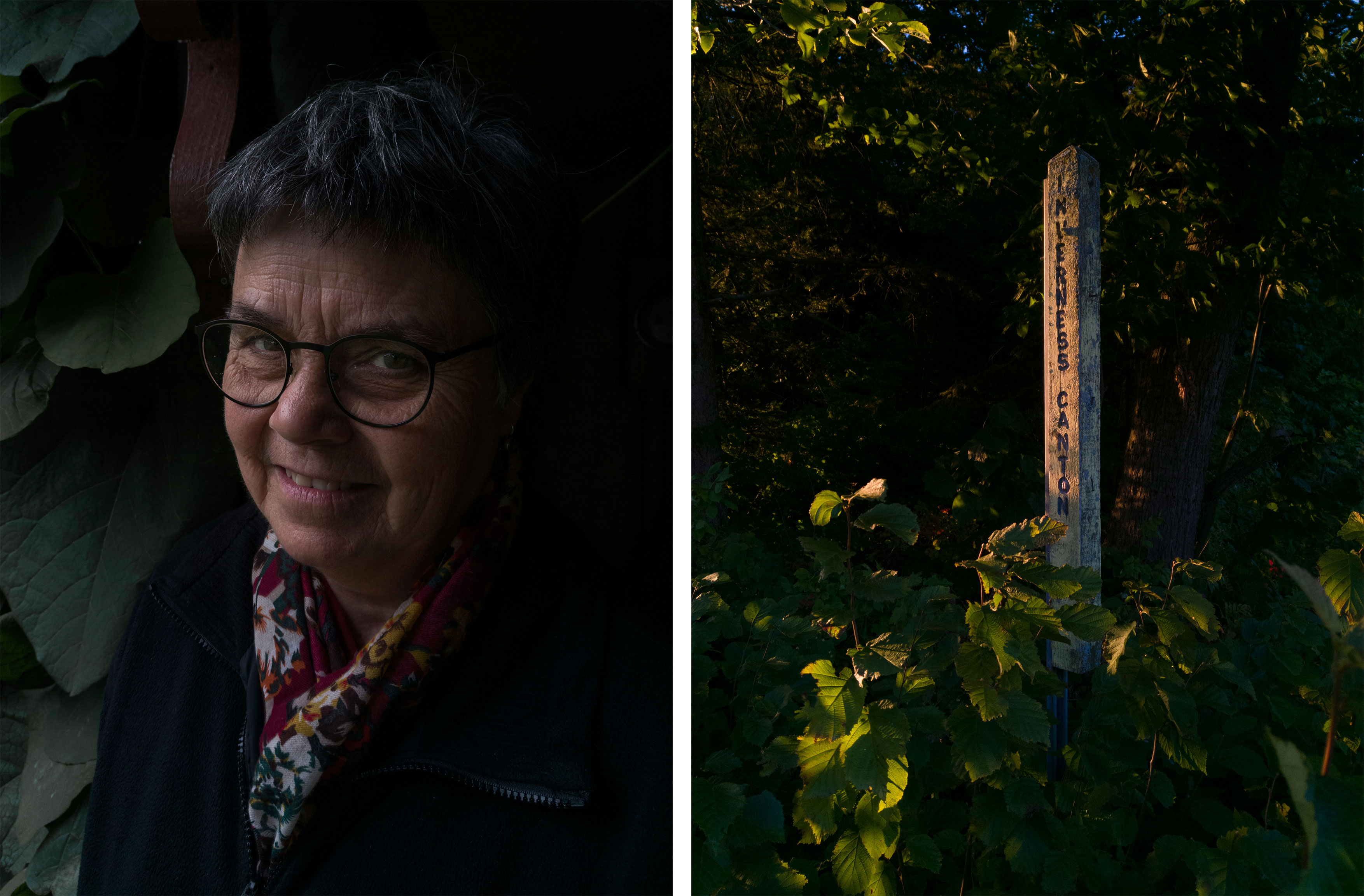 Michèle Racicot, who moved to Inverness in the 70s, more or less at the same as my parents, and who, like them was called a ‘Youk’.

At that time, another migration − the one my parents took part in − was well underway. “The government was requiring dairy farmers to update their infrastructures for health reasons. Many couldn’t. So they would either shift o producing meat or sell,” explains Michèle Racicot, who arrived in Inverness at the onset of that wave. “We were removing our petticoats, our fake eyelashes, fake nails to put on rubbers, so to speak, and learning what it takes to live off the land,” she adds.

They were met with suspicion. Who were they? What were they up to? Integration came with their fight to create a daycare, remembers Michèle: “They saw how committed to the place we were, and how we could contribute.” Today, the Youks are very much part of Inverness’ fabric, having helped foster an environment where new ideas and change are more readily welcomed. 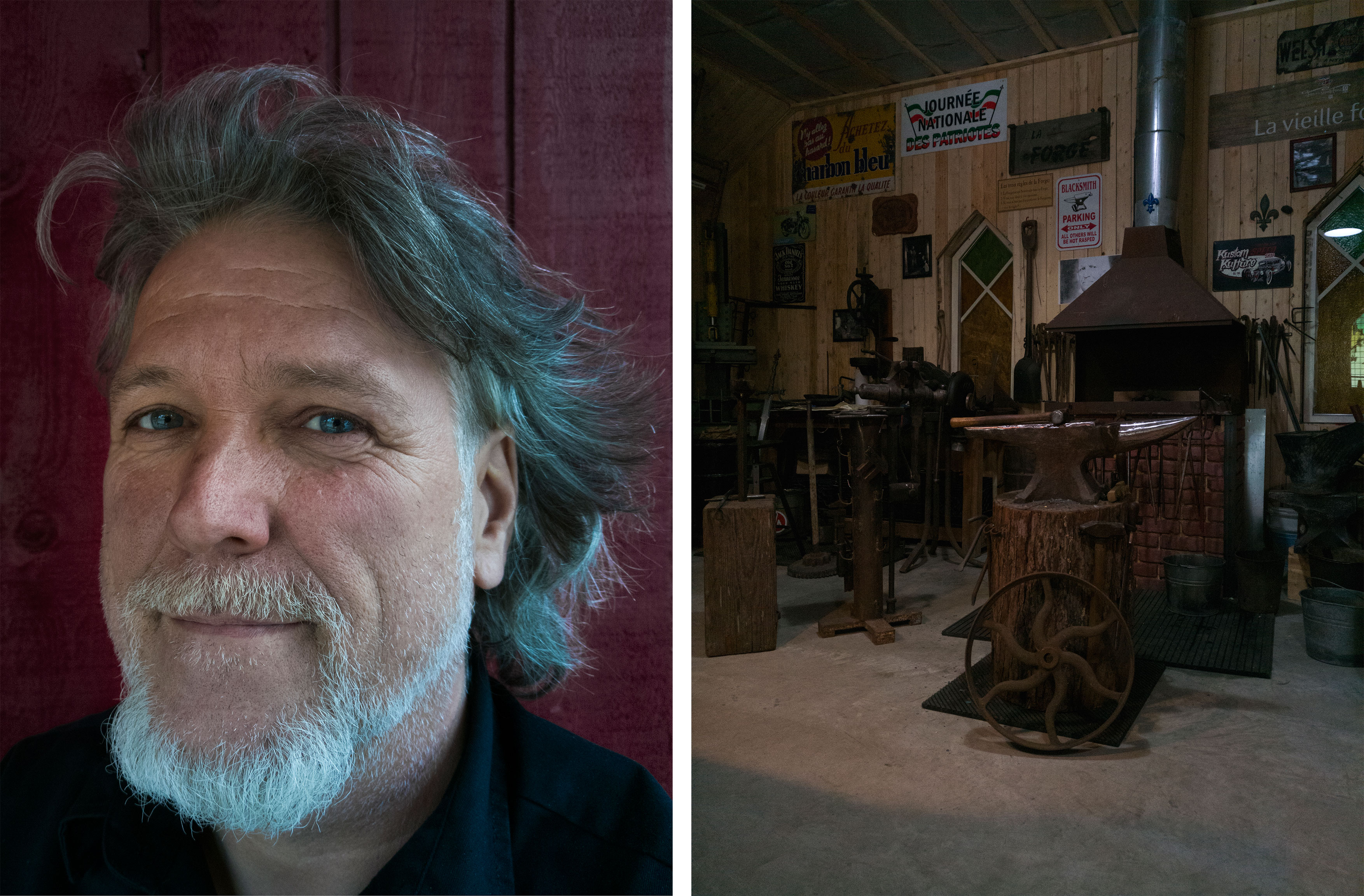 Sylvain Rondeau, a blacksmith, just moved to Inverness, attracted by the bronze foundry, the bucolic setting and the potential for community building.

Today, Inverness is home to a thriving bronze industry − even though there’s no bronze to be found anywhere close by. The impetus came from a Montreal-born artist, Gérard Bélanger, who after moving to the village in the 1970s became tired of having to get his pieces cast remotely and decided to open his own foundry. He trained people from the area, creating enough interest locally and demand from all over the province that another one, led by a family native to the region, opened two years later.

When I visited it, the daughter, Marilène Gagnon, was putting the final touches on one of two 13-feet deer that now live in the centre of Quebec City, the largest bronze sculpture ever cast in Canada. This unique expertise continues to attract new people, like Sylvain Rondeau, a blacksmith and a born-storyteller. During a visit to his bright red shop, I learned about the cooking implements of the trappers − a two-rod system affectionately called “a squirrel fork” − and the origins of many French expressions. 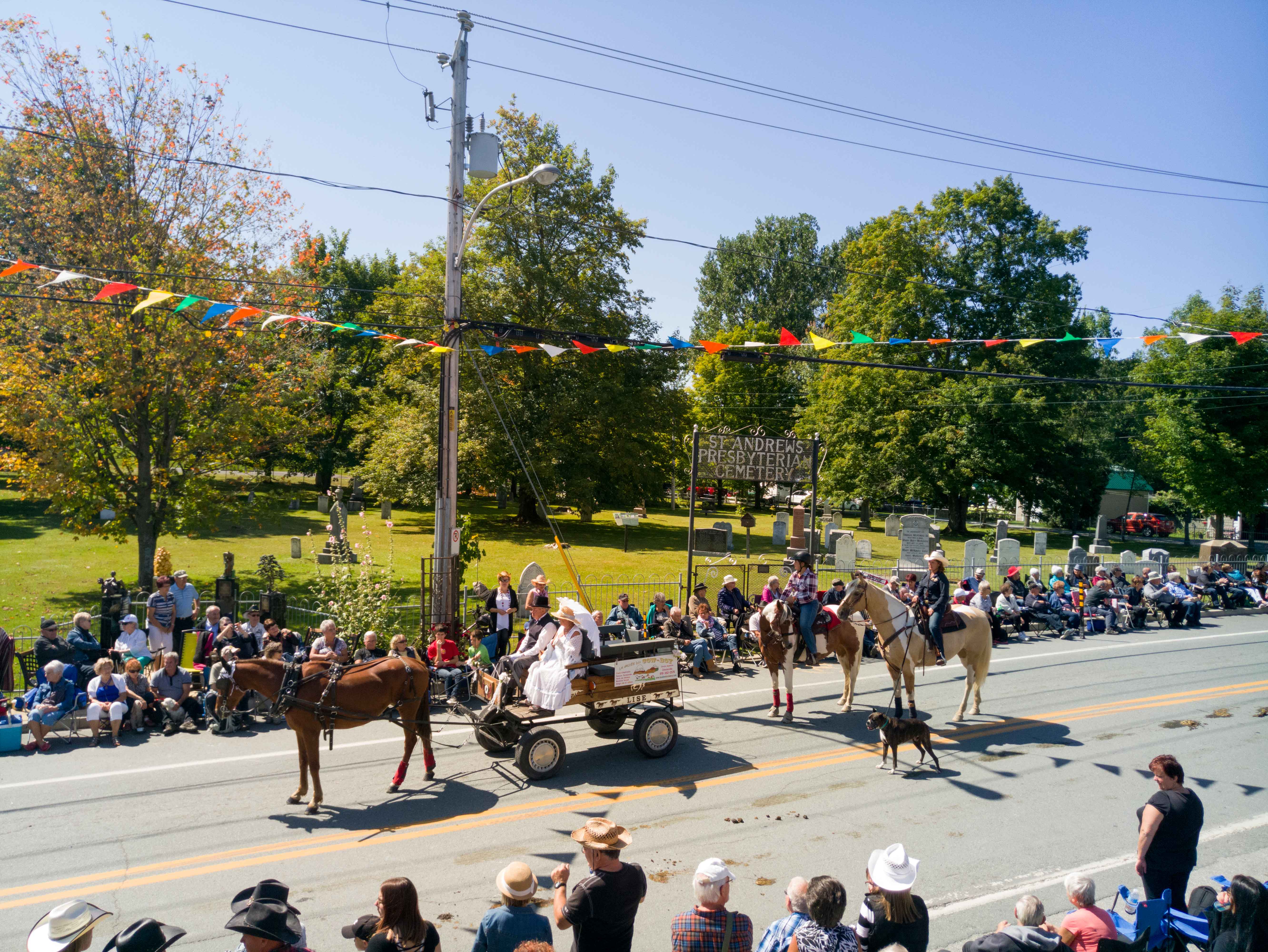 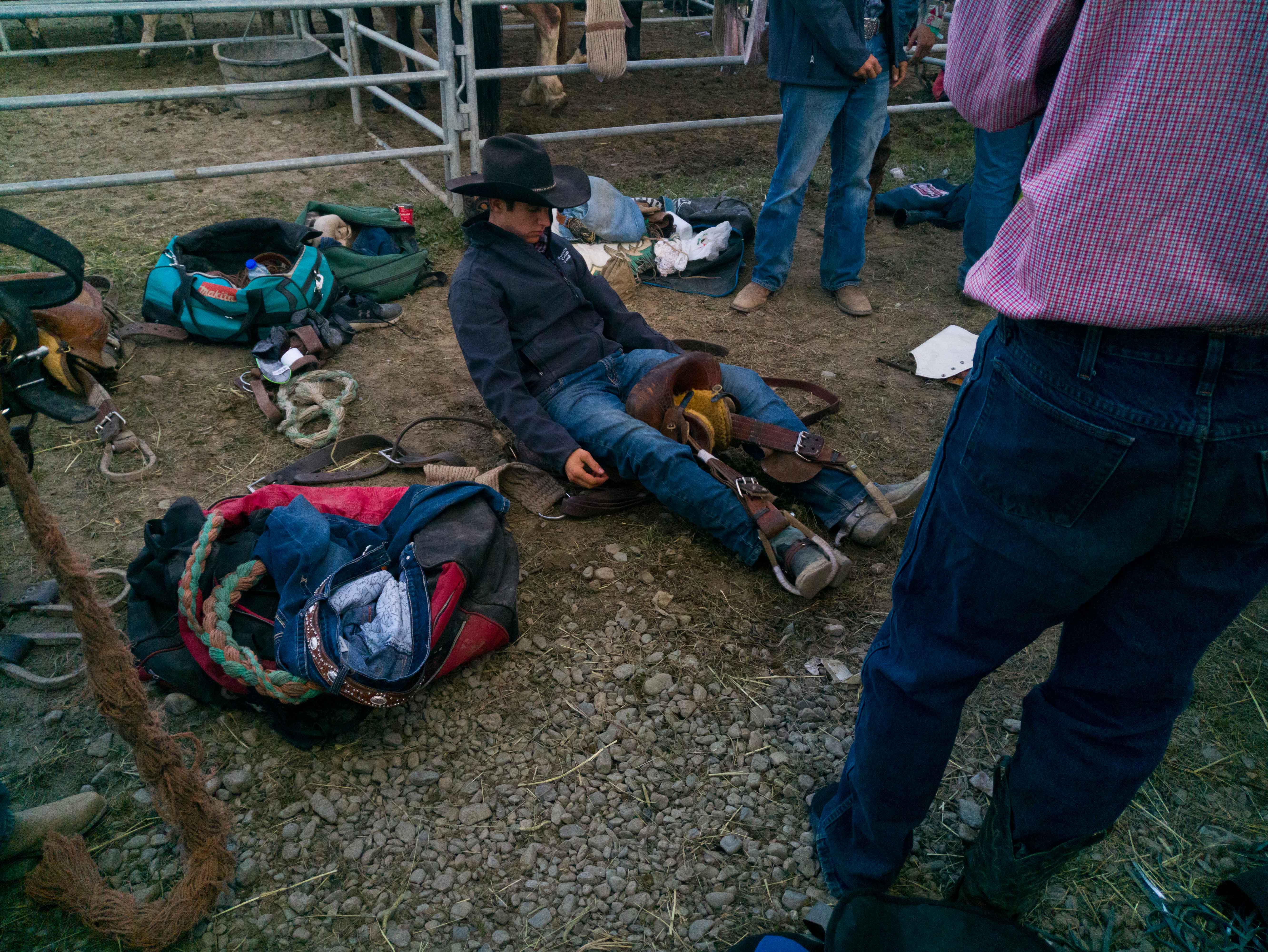 Horseback riders taking part in the parade during the Festival du Boeuf.

Inverness’ blend of ingenuity and loyalty to traditions are also at play when it comes to the annual Festival du Boeuf, which draws tens of thousands of visitors. Thirty-seven years ago, the church was in financial jeopardy.“Locals, who were much more religious back then and wanted to save it, came up with this idea of organising a fest. At the time, we were known for our cattle auction, so they decided to centre the celebrations on beef,” says Amilie Méthot, the president of the 2017 edition.

It quickly grew to include a parade, a bingo night, horseback riding competitions, communal meals − including a beef roasted on a spit for 3,500 guests − concerts, and a rodeo. 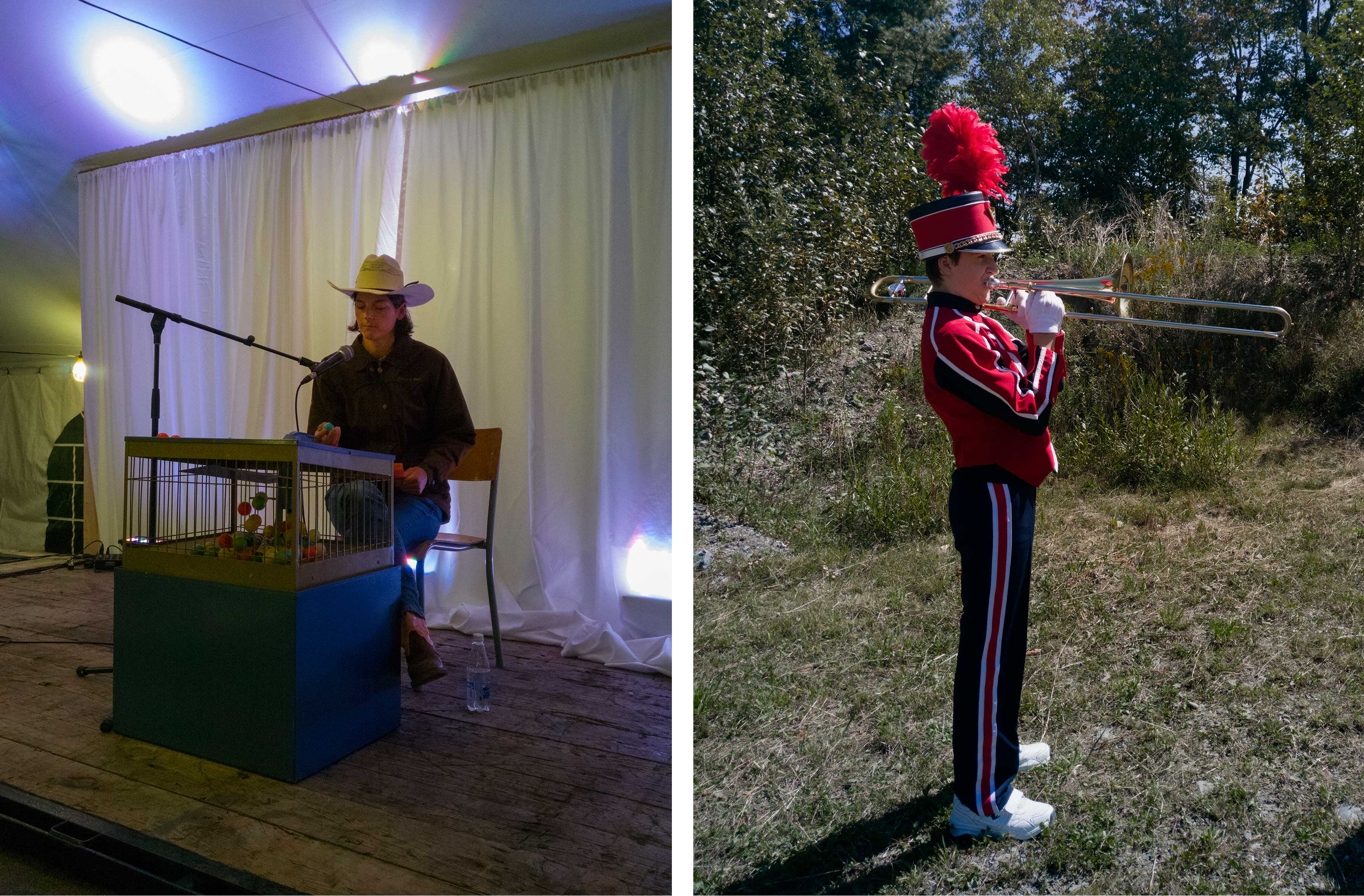 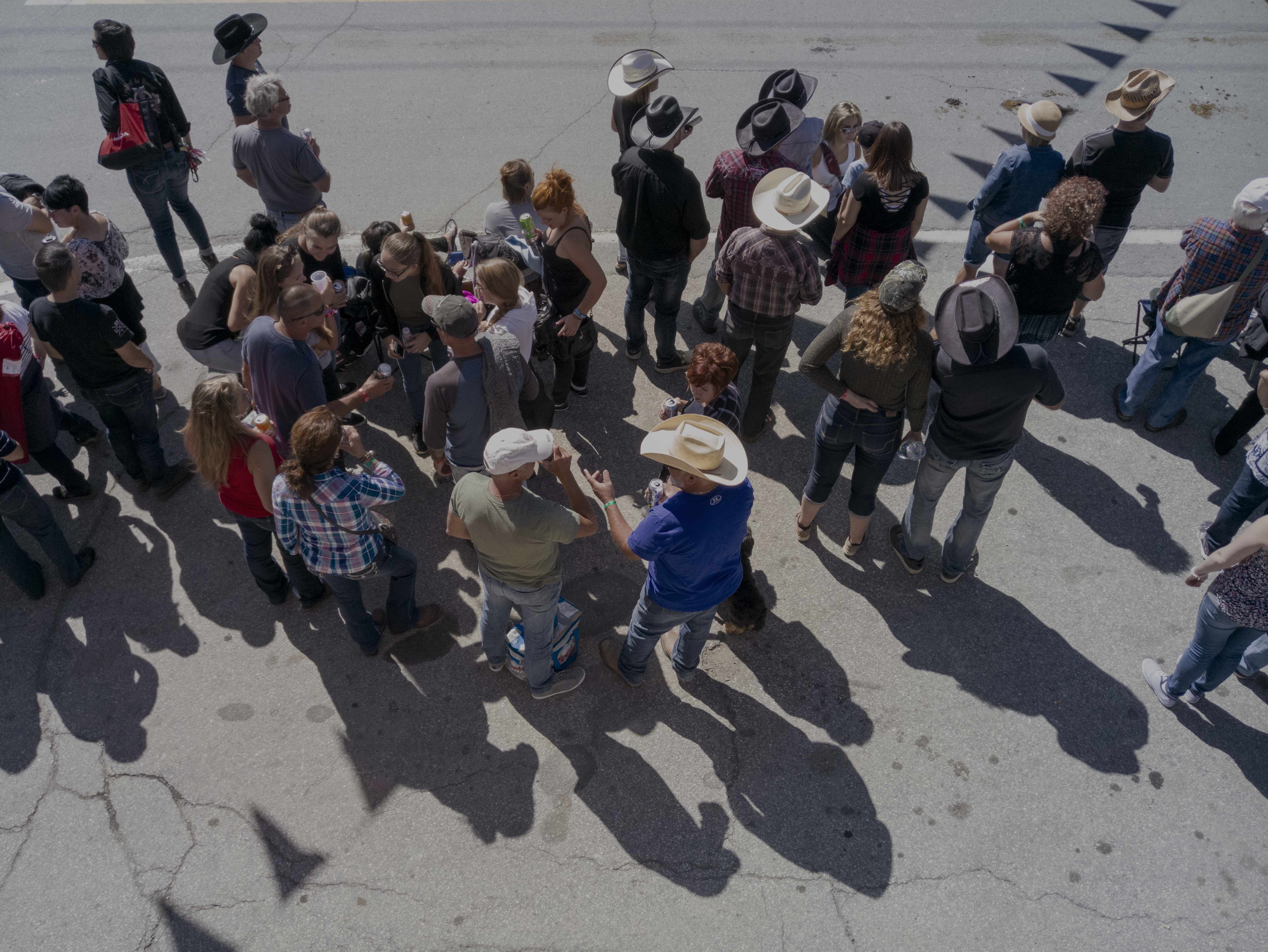 “The festival allows us to pass on good values to our children: the importance of community, respect, equality, that you don’t always do things for personal gain… And, it’s fun!” notes Amilie, whose mother, grandmother, and children have all been involved at one point or another. 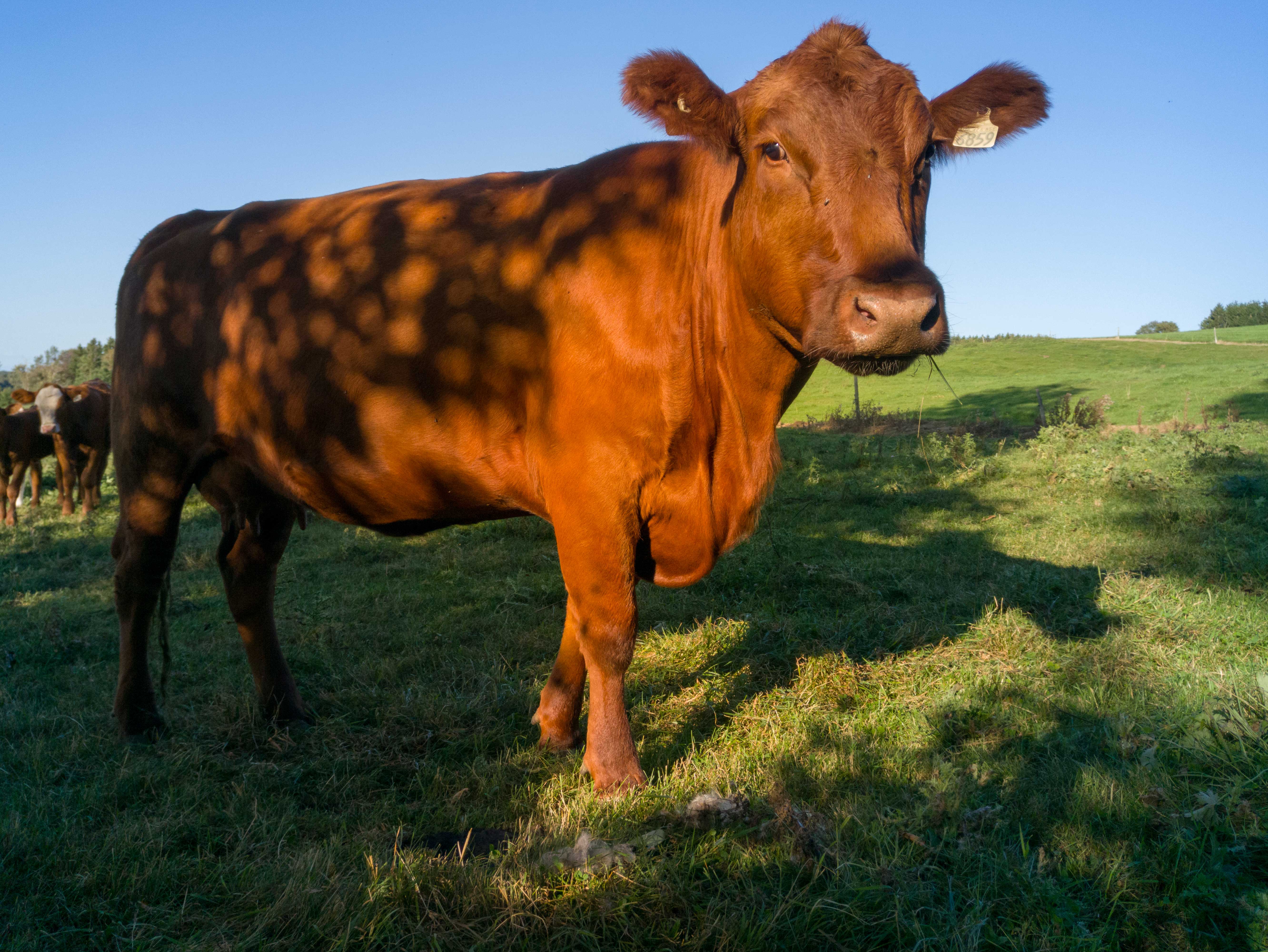 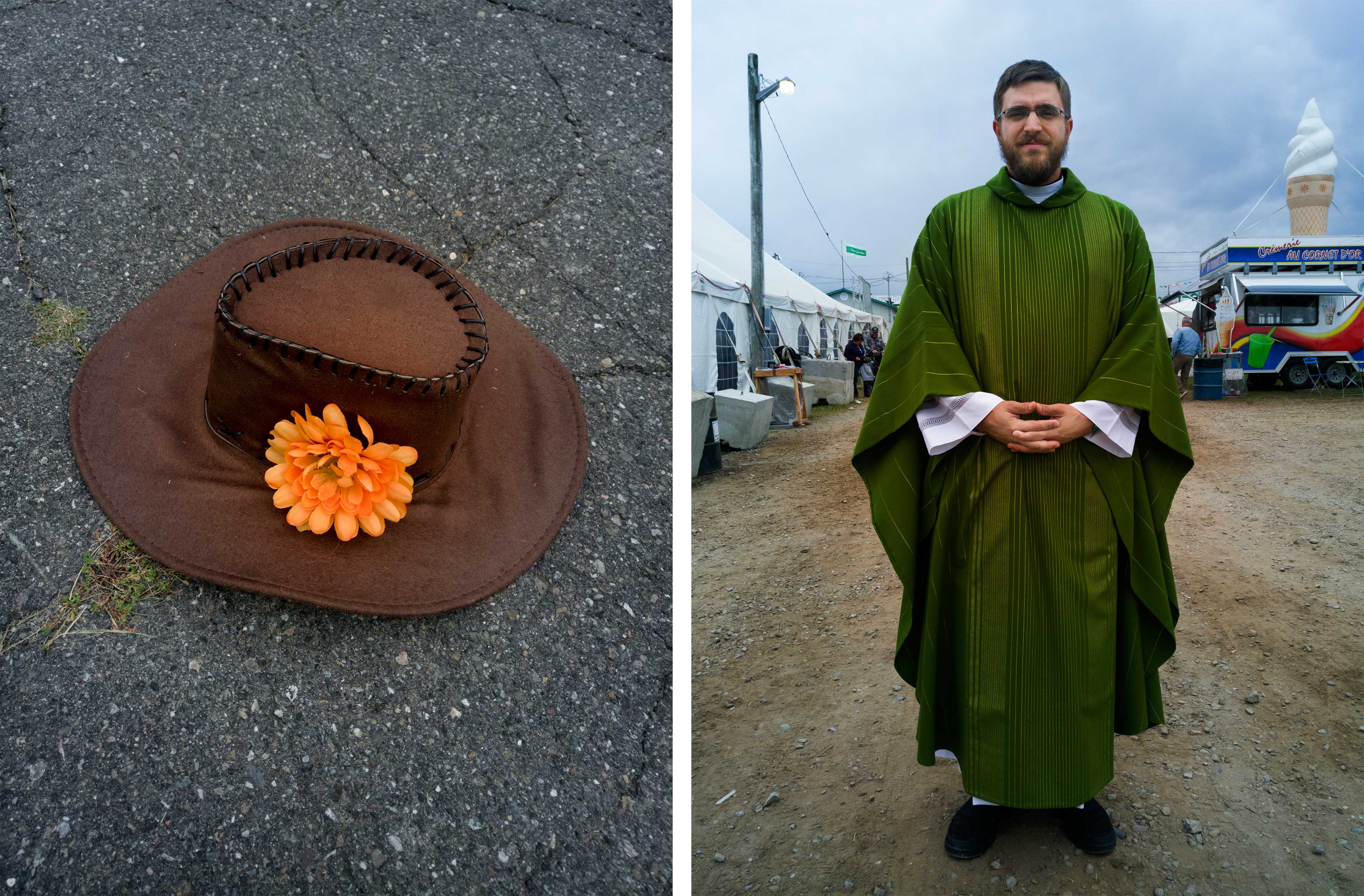 I could go on and on, and tell about the burgeoning community that once stood by the Lysander Falls but that was destroyed to make way for a hydro dam that never happened, about the Vietnamese family who runs the convenience store and makes the most delicious cretons, a Quebec breakfast staple, as well as spring rolls, about the annual African festival that brings in musician from far away.

All these stories reveal as much about Inverness, an outlier with its bronze industry and beef festival, as they do about Quebec’s history, since it’s at the same time a prototypical village. 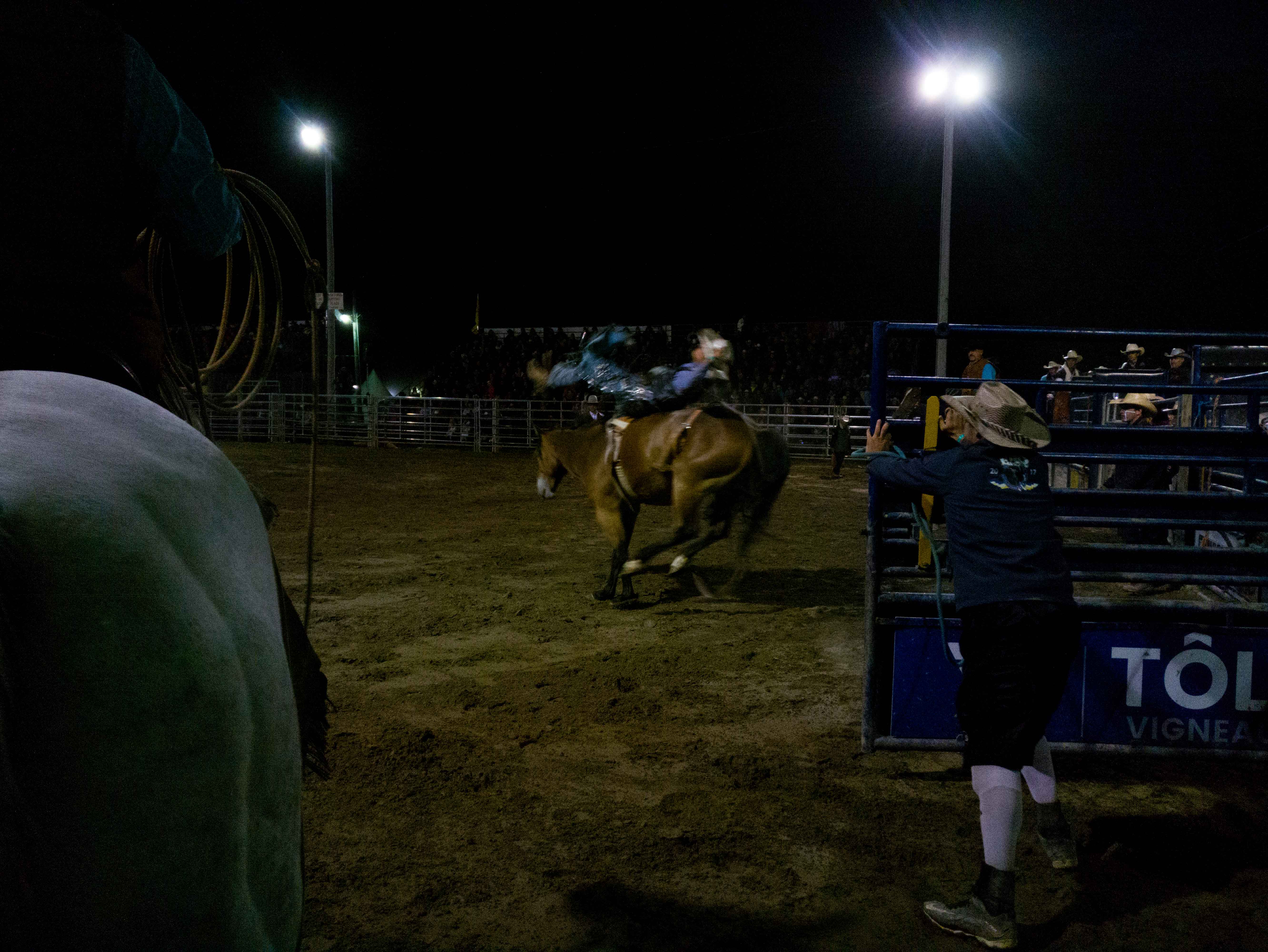 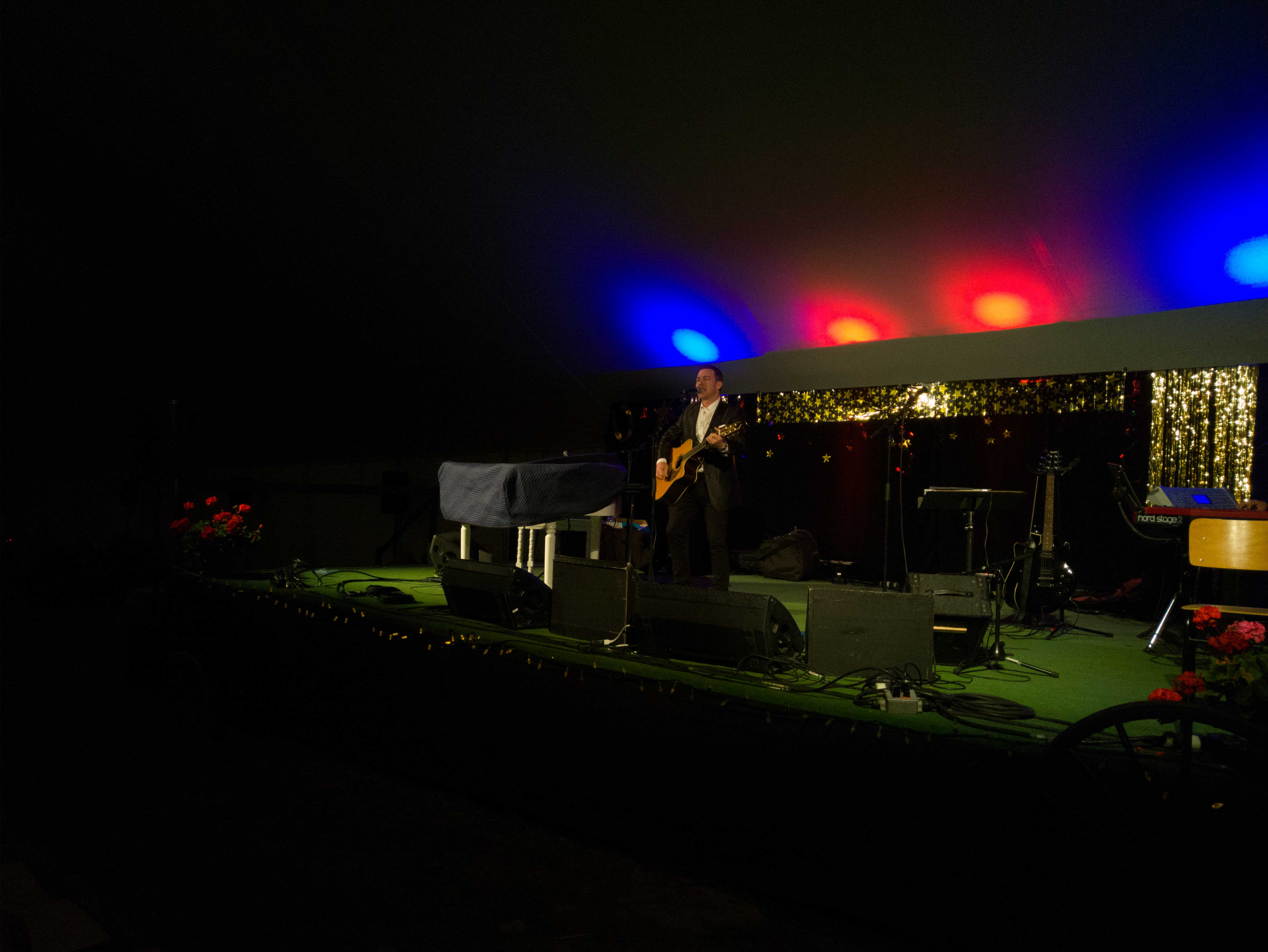 My dad’s relocation was a personal game-changer. It taught me about my heritage, the value of oral storytelling and to pay attention to the smallest of places. Anecdotes make history come to life.

Linkedin
RELATED ARTICLES
OTHER ARTICLES
In the latest OFFF Dispatch, the enigmatic designer dives into his process, connecting the dots between his unique and varied creative output.
A group of Ukrainians living in Poland are helping Ukraine withstand Russia’s brutal invasion by buying supplies and shipping them directly to the war’s frontlines.
Following the release of his newly republished 1991 book, Redheads, the American photographer reflects on his celebration of ginger people and their magnetic power.
The government is scrapping the Human Rights Act in a move that will hit marginalised people hardest.
The author discusses her blistering new novel about history, revolution and queer love.
While protests over abortion rights rage in the US, access to abortion services is still almost nonexistent in parts of the UK.